Most homeowners dream of turning their homes into a real-life Pinterest picture board without taking into consideration how professionals put them together. So here's some quick dose of reality check to keep you from diving into an impulse purchase. 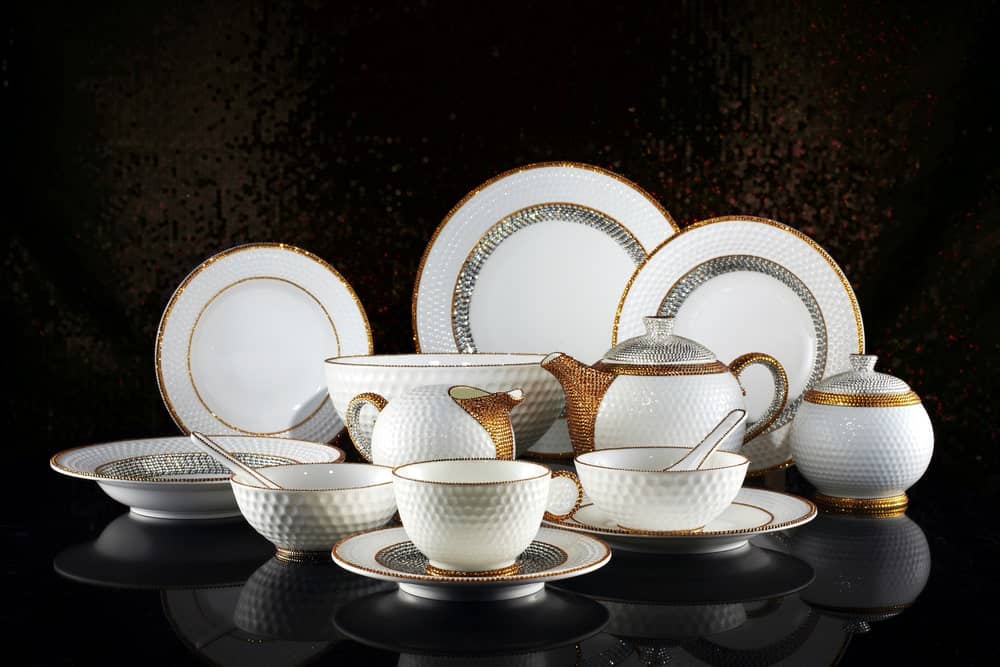 We’re about two weeks into the new year and decade. Seems like one hell of a ride so far, huh?

Well, now is a good time to check in on your New Year’s resolutions. This is around the time that people already start forgetting about them and soon enough, you’re back on the couch instead of hitting the gym, browsing fuckboys on Tinder when you swore off dating for the time being, and just when you think you’ll finally unpack those ASOS orders that came in after Black Friday that have been stepped on no fewer than six times on the way out of the bedroom? HAHA! As if! We’re sooner going to face off with communist killer dolphins than I’m EVER going to unpack those boxes because executive dysfunction is a PRISON!

Oh, hold on a minute…

But sometimes people actually do stick with those New Year’s resolutions if they’ve had a particularly momentous year or some other driving force that serves as a catalyst for change. You’ve probably seen social media posts and TV shows that filled you with longing, wondering why your home doesn’t look like that. Maybe you’ve been over at a friend’s or co-worker’s house and want to sob with envy over how put-together it is while your home seems like it would make a Habitats for Humanity volunteer-run away screaming. So you make a New Year’s resolution to have a nicer home but are already wavering on it.

Relax. The toad lady’s got ya. You’re not alone.

I thought maybe I could pare down and go somewhat minimalist until I discovered how much privilege minimalism actually requires of most people. It’s not just financial privilege, but also things like being able-bodied and never having gone through hard times where you’re totally holding onto some things in case you need them. It’s a tough habit to break.

Then as for those sigh-inducing apartment interiors? 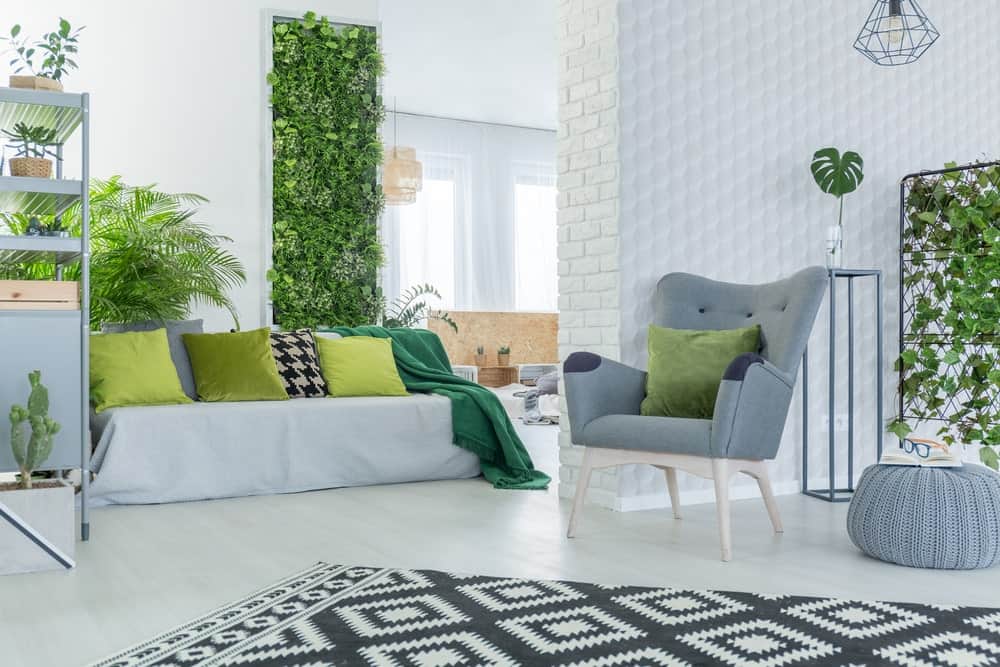 Like this one! HAI PLANTY PLANTS and floors that clearly have never known the horror of muddy boots and sneakers, plus assistive devices that also get gross wheels on rainy days.

Yeah, they’ve been put together by professional stagers for interior design and real estate companies. Few peoples’ homes actually look like this. I guaran-fucking-tee you that if this was a real home and the occupant had a child, or hell if they had a clumsy adult, on the premises then there’s absolutely going to be an ice cream sandwich falling square into that white couch seat. Pet hair or loose toad litter quickly making short work of that light-colored carpet. You are not of this earth if you willingly buy white furniture.

Then as for those New York apartments on shows like The Mindy Project and Broad City that were oh so delightfully quirky and more realistic than the near-million or multi-million dollar luxury pads on Sex and the City? Shot on sound stages in Queens and Long Island, my dudes. Assembled by professional set dressers who work closely with creative directors and showrunners so that the sets can be easily broken down or reconstructed for use in other productions, with little details for the viewers to catch upon watching the show again and again.

See also  How and When to Use Masking Tape on Drywall

But emotions still get the better of you, so you end up blowing $75 at Crate and Barrel on the way home from work for this serving tray that’s probably going to house whatever you just ordered from Grubhub, if it ever houses anything at all.

Aspirational clutter is part of the multi-pronged hot mess that tows the line between clutter and a serious problem. How do you separate your New Year’s resolution to change and possibly be a different type of person from ending up with a bunch of fancy home goods that will just gather dust?

First, verbalize why you find this particular aesthetic or item aspirational. 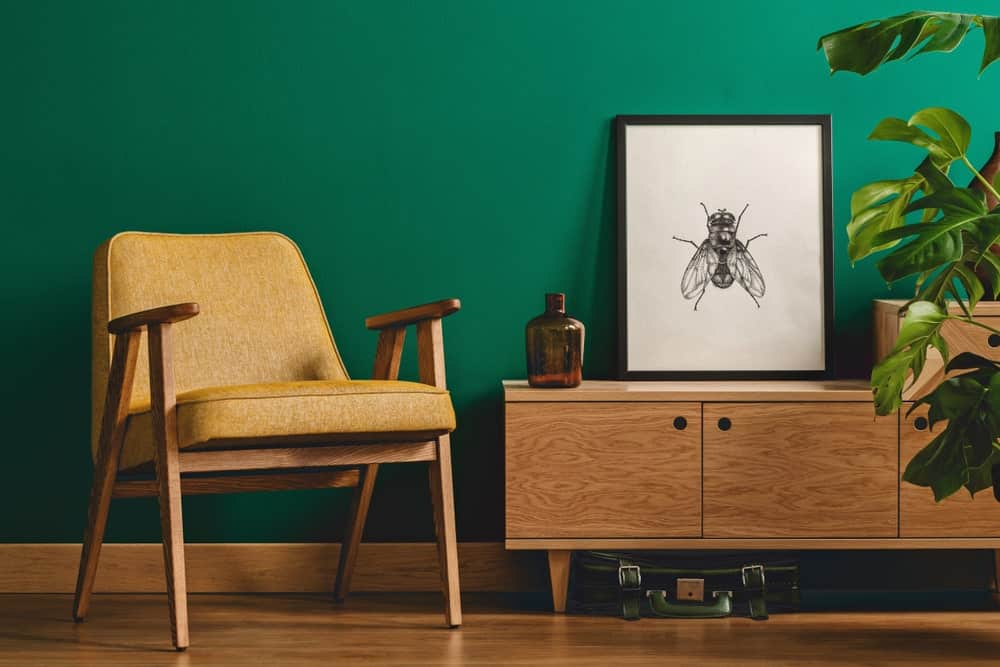 One of my favorite exercises I love doing in my game-making is finding ways to express why I like something about a particular game, or its art or music. Why does it make me feel this way? Why does it strike a chord?

I’m a huge fan of Broad City and the show had a huge impact on me as a creator. And the set design of the show was tugging at my strings in ways that other shows about life as a 20 or 30 something woman in New York just hadn’t. I realized it was because the set dressers really drove home that Abbi and Ilana would go to the ends of the earth for each other, even as their lives were starting to obviously diverge and they were both trying to reach this detente with their life goals and what was actually being served up to them. As in pictures of the two are constantly plastered all over Ilana’s quirkily messy yet neat apartment in Gowanus and Abbi’s Astoria pad always felt more home-like than my comparatively utilitarian boxes in The Bronx.

But why did it feel more home-like in comparison?

I then realized it was less about the aesthetic and more about combating my executive dysfunction, botched DIY jobs, and the simple fact that I just don’t entertain as much as the leading ladies on the show do. I thought I’d get to by this age but didn’t.

Do you really, REALLY want this item or redecorating/remodeling effort? If so, why? Think it through. Write it down if you have to. Do it so you can decide if it’s purely speculation, or if it’s feasible and you can make an actionable plan to get started.

Think harder about whether you’re actually going to use this item. 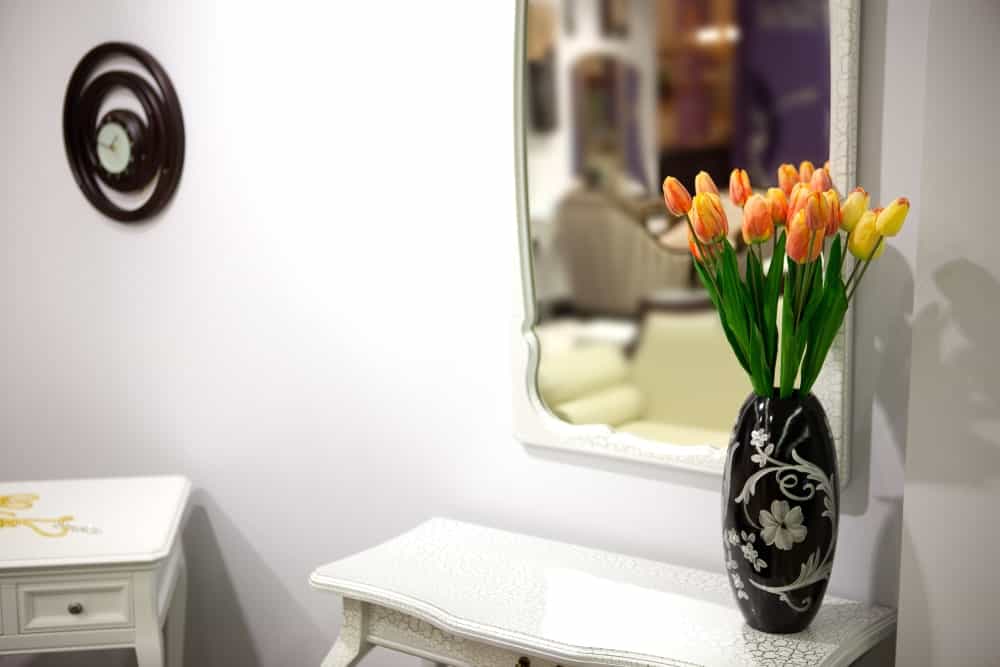 I thought I could maybe become one of those girls who has a shitload of plants.

I realized this would be plant abuse. Lovely ceramic vases? I can appreciate them but know that with my tiny amount of space, I prefer to keep my decorations wall-mounted or in that designated space in the bookcase for frog and toad statues around the world that I picked up.

You may feel that becoming a different type of person who decorates X way is an aspiration, but it’s okay to just be you and recognize your limits. Like you just know yourself after a while and stop caving in to supposedly conventional wisdom.

I mean, people told me forever that going freelance was too risky and I should work a normal job. Except trying to get a normal job resulted in me constantly being stressed and broke while I ended up building a very comfortable living as a writer/game dev/entrepreneur and now can’t imagine life any other way. People who preach about how you should have home-cooked meals five days a week? Mostly able-bodied married people who don’t go anywhere but home and office jobs, and don’t have kitchens covering less square footage than Lizzo’s basketball game attire as is the case with my pre-war kitchen. I know myself and know what’s going to rot if I buy it out of some aspirational pressure, which adds up much faster than a one-time midlife crisis purchase like a fancy vase or tea service.

Don’t buy something solely because it’s a bargain. 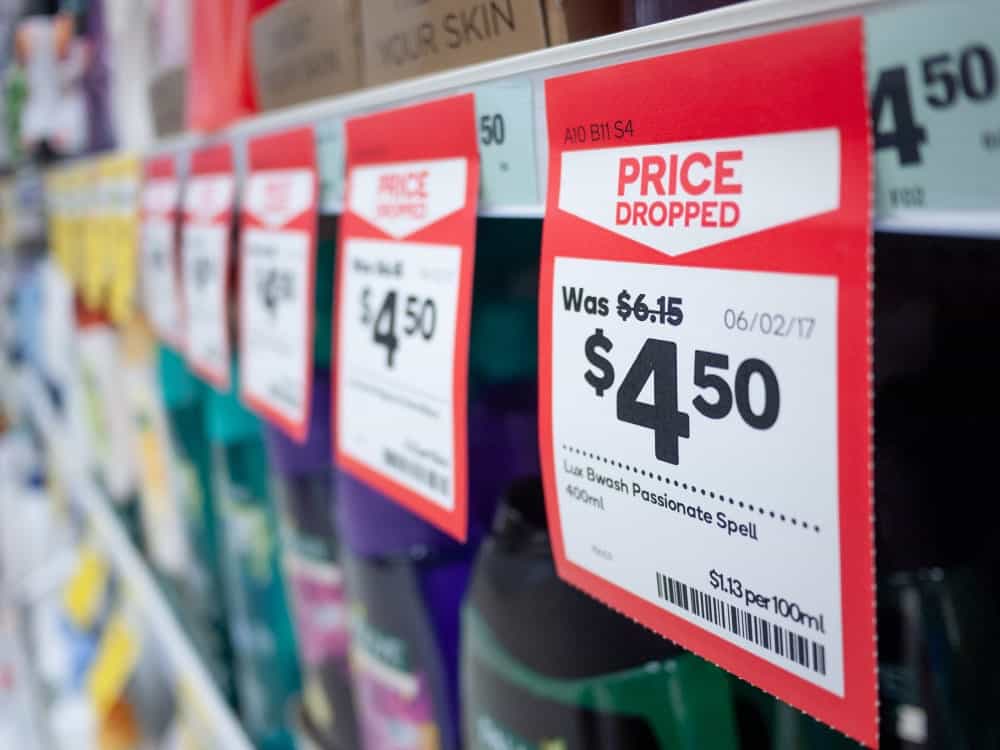 On the inverse of splurging on a luxury or semi-luxury item that could wind up feeling out of place with the rest of your decor, there’s bargain clutter. I am hauntingly familiar with this one because it’s what I grew up with.

My mother would hit up junk stores and just buy, buy, buy until the trunk of the car was stuffed like a Thanksgiving turkey. Sometimes there’d be a treasure among all the trash to be sifted through at the outlet mall that many a weekend was wasted at.

But half the time, that “treasure” would just be in a room with the rest of that hoard. And who saw it but our family? She had a freaking hoarding problem, we didn’t really entertain. This was long before the days of Pinterest, Instagram, and so on, and I doubt that Better Homes and Gardens would’ve sent their best and brightest photographers out to us to capture the essence of that shitty unfinished basement and kitchen, followed by the hideous 1970s seahorses that would’ve sent those poor souls packing. 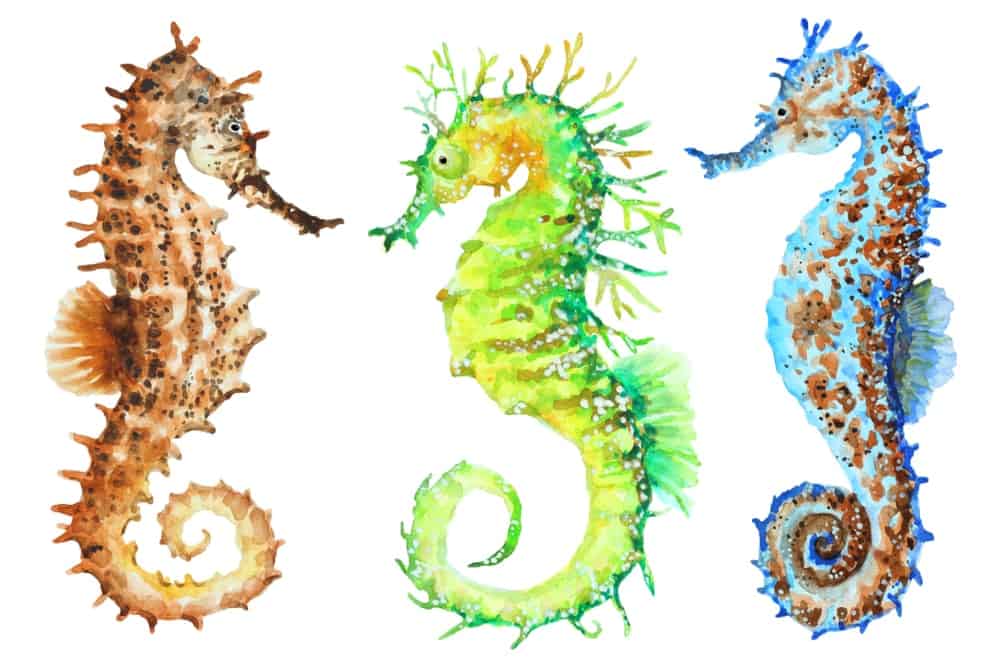 I can still hear their moldy screams in my nightmares.

I just remember after she passed away and my sister and I packed up several bags and boxes for a charity pick-up service, we shook our heads at how many things that were never used. Some of them wound up coming with me to my first apartment because hey, what broke-ass 19-year-old is going to turn down free plates and mugs to get started in life? Almost two decades later, I still have some of them in addition to my own crockery!

But the same thing can happen with “nice” things you buy fewer of. You end up aspiring to something different without realistically having the lifestyle, or capacity to make that lifestyle change, that necessitates them. Obviously, hoarding and fueling a hoarding habit with overbuying is a whole other thing, but it’s pretty easy to wind up with stuff you won’t use just because you got tempted by a good price.

It’s not a bargain if it’s going to wind up in the Goodwill bin or you end up getting less money for it on eBay and the like. 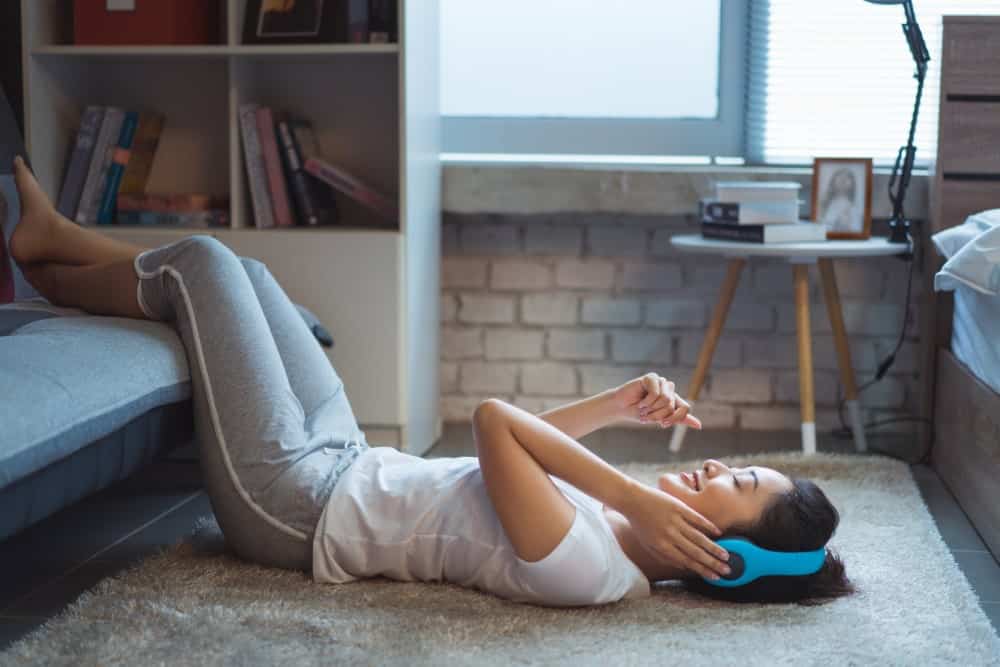 It’s all about finding the balance between fun and frivolous things and not living this totally ascetic existence, and aspiring pointlessly versus realistically making a move. Such as deciding to entertain or cook at home more, take up a new hobby, or try some other new thing.

If your friends just live too far away, you’re probably going to go out more than entertain. If you have chronic pain issues, having an H&G-worthy habitat is probably not high on your priority list when day to day life is just enough of a challenge.

But sometimes you just want to welcome some small object of significance into your life because it sparks joy, and it’s a personal and physical manifestation of some milestone such as getting your dream job, when you met your partner, kicked off a new friendship, or some other significant event.

Or that expensive china set just happens to be really pretty and you always wanted one.

See also  Where the F$%^ is All This Dust Coming From When We're Stuck at Home For Months on End?

Once again, fulfilling a long-time desire is a mite different than diving into an impulse purchase or redecorating effort because you found it aspirational to some degree. Just remember that you’re human and you’ll make mistakes with the space you inhabit. Unless you actually cough up the stiff fee for a professional to take care of design and organization for you, your home won’t be a Pinterest board AND THAT IS TOTALLY OKAY.