Spot the difference between extreme minimalism and just getting rid of stuff by getting right into the heart of minimalism, understanding the disorder of obsessive spartanism, and discovering what it really means to keep something that sparks joy. 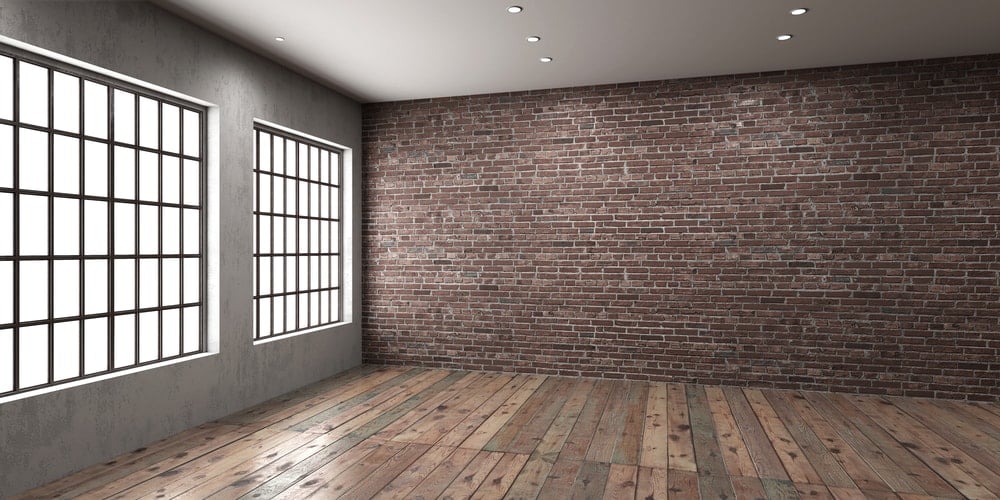 Lately, there’s been quite a furor over home organization expert Marie Kondo opening up an e-commerce store. Some people are freaking out because hold the phone, wasn’t she the lady who taught us how to get rid of things that don’t spark joy?

They confused the Western concept of minimalism with everything Kondo espouses, and couldn’t forget a hefty dose of racism and American exceptionalism to boot. The Atlantic article that spurred so much outrage on social media basically mistook Kondo’s e-commerce venture as telling her audience to forget everything about tidying up and re-stuff our homes in true American fashion. While I can see how a $180 cheese knife juxtaposing a $64 serving spoon would raise some eyebrows, the outrage is pretty misdirected since Marie Kondo’s philosophy and Netflix series is about more than just getting rid of shit you’re not using.

Her techniques incorporate many principles from Shinto about keeping and letting things into your life as well as getting rid of what is not giving you enjoyment, and then well…tidying up the place based on your actual lifestyle and passions. 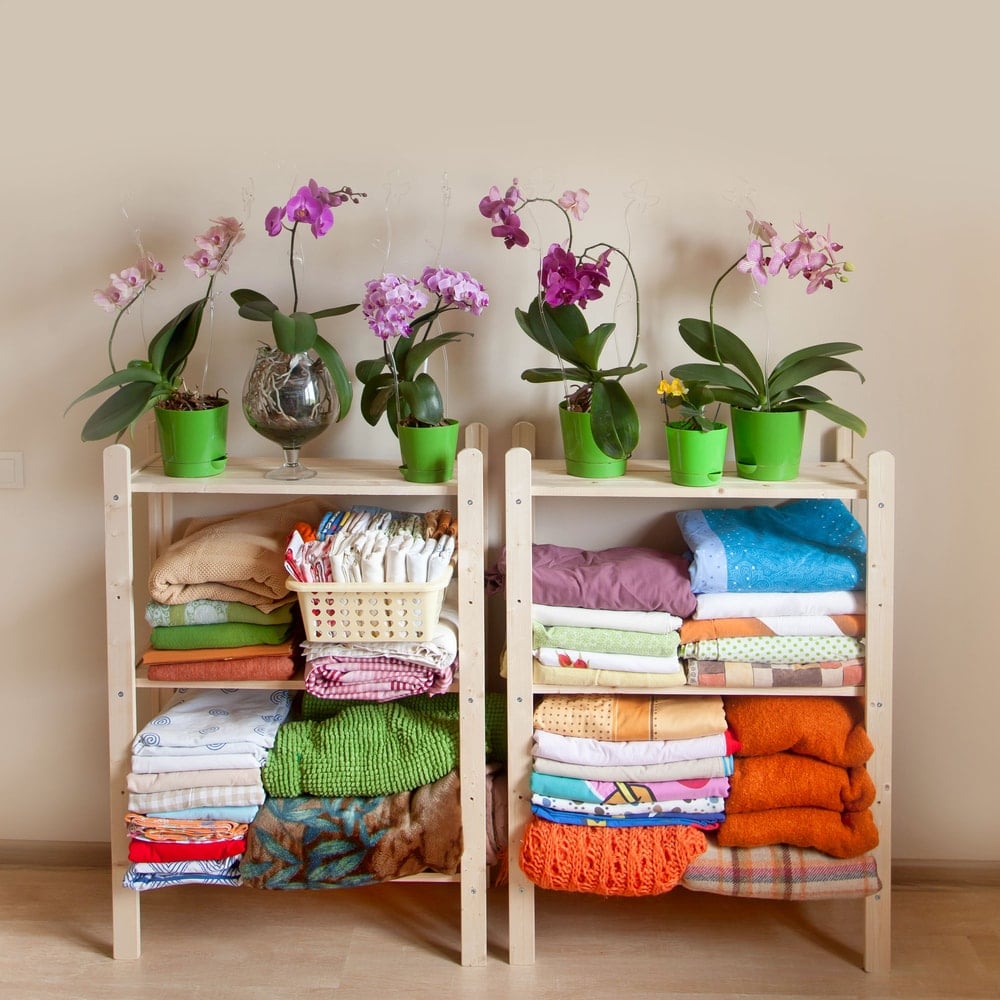 Often with the help of someone who has better spatial reasoning than you do.

In a nutshell, it’s a common Shinto practice to actually recognize the worth of what you’re tossing out regardless of its monetary value since you don’t know what has kami (spirits that can inhabit inanimate objects). It’s not just carefully curating what goes in and out of your home, but consciously recognizing that items have some kind of aesthetic, sentimental, or practical worthwhile realizing that even things you treasure are still disposable. It’s a stark contrast from the highly acquisition-based mindset we have in the US of building huge homes to store lots of crap we may never use to the point that we need junk removal services. We don’t really stop to think about the labor and materials that went into building now-rundown IKEA furniture, or the fast fashion that winds up on eBay, Poshmark, or in the charity bin.

See also  What is Satin Paint and When Should I Use It?

Because challenging this American way of thinking and obsession with stuff upsets some people, fans, and critics of Marie Kondo’s show blew the whole thing out of proportion and confused conscious tidying efforts with the Western concept of minimalism.

Minimalism vs. What Sparks Joy 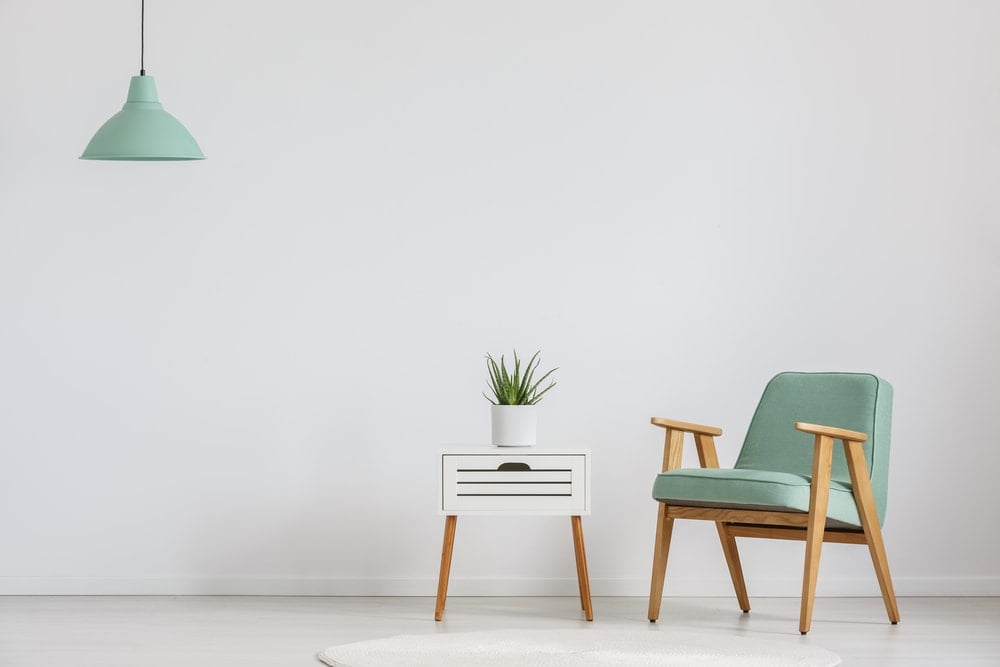 Let’s start with the actual dictionary definition of “minimalism.” Merriam Webster defines it as “a style or technique (as in music, literature, or design) that is characterized by extreme spareness and simplicity”.

Going by what the actual dictionary says, “simplicity” can be taken one way and “extreme spareness” another. After all, what one person thinks is extremely spare could be more austere than someone else’s based on how they were raised, where they grew up, income level, and other frames of reference. Like if I tell someone from North Carolina how much I paid for my condo, their eyes grow wide and they say “What a ripoff! You could buy a 3-bedroom house for that much here.” But if I tell that to another New Yorker, their eyes grow wide and they say, “How much can you sell for now? Or did I miss my chance to get something affordable?!”

In a Western 2010s context, people have taken the term “minimalism” to different heights. American minimalism has fueled the tiny house movement to starkly contrast the acquisitional nature of American homebuilding, while younger home buyers lament not having many choices for smaller and more affordable homes that offer more space than a studio or tiny house but aren’t these energy hogs exceeding 2,000 square feet. People take pride in not having lots of clothes, books, electronics, and other things that tend to accumulate in the average home. Because Americans tend to take things to extremes, it’s why tiny houses and studio condos became popular choices for minimalists who’d rather own three really good pairs of socks and the latest Macbook instead of a West Elm desk, a less sexy laptop, and enough clothes to go weeks without doing the laundry. 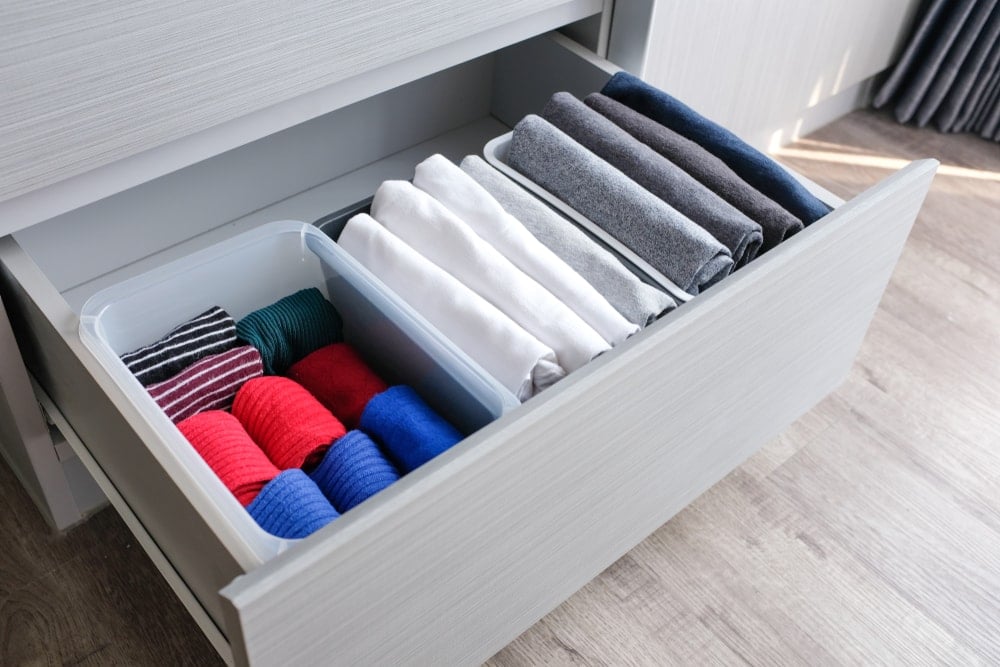 Any more socks, and it all goes kablooey.

The word “minimalism” has lost its efficacy in the countless Medium, Spruce, and Bustle essays about how the author found this total joy in getting rid of everything so they could live happily ever after in a Crate and Barrel display. Personal stories about living out of a backpack despite having a permanent home will stoke more rage-clicks and clapbacks about how much privilege minimalism actually takes than a simple article about “Hey, I got rid of a whole bunch of shit I wasn’t using but decided to keep a room full of these other things, it feels nice now.” Where despite that “spareness” quotient, minimalism itself is a pretty neutral and subjective term where only the extreme startup bro versions get discussed.

So…there can be some overlap between this and the predominantly Shinto-based Konmari method. For some people, minimalism can bring them joy. Maybe you just don’t like having a lot of stuff, and this is totally okay! Speaking as someone who suffers from executive dysfunction and recognizes how it quickly leads to clutter, clutter is just a fact of life and wanting to deal with it and confront the root causes is partly how Marie Kondo garnered such a huge fanbase, to begin with.

If you just want to make more room and toss things you’re not using, you might not see it from a Shinto perspective where you’re thinking about the energy and materials it took to make that H&M blouse you wore three times before realizing it didn’t fit the best and should now leave your house. Ditto for the mountain of paperwork you wish you didn’t have to keep around, like letters from your HMO in the event of surprise appeals and medical bills, but perhaps there’s fly pages and other old mail that can cut down that stress-inducing fire hazard.

After all, the informational value in those letters could save you from stress and crushing debt. And the desk you’re using could be a sleek designed you saved up to buy for months, or maybe it was a hand-me-down that gives you warm fuzzies thinking about the family member who gave it to you. But getting rid of stuff and deciding what you like can be a form of minimalism, but doesn’t have to play hard and fast. Owning a lot of clothes could spark joy if you didn’t have much growing up, while you don’t care about furniture.

See also  What is Gloss Paint and When Should You Use It?

Maybe a $220 serving plate is the kind of thing you want in your home. We’re not going to judge. But it’s just awfully stupid to conflate the Konmari way with minimalism when the slight overlap doesn’t equate to the two being the same thing, and sometimes getting rid of things is just incredibly liberating. 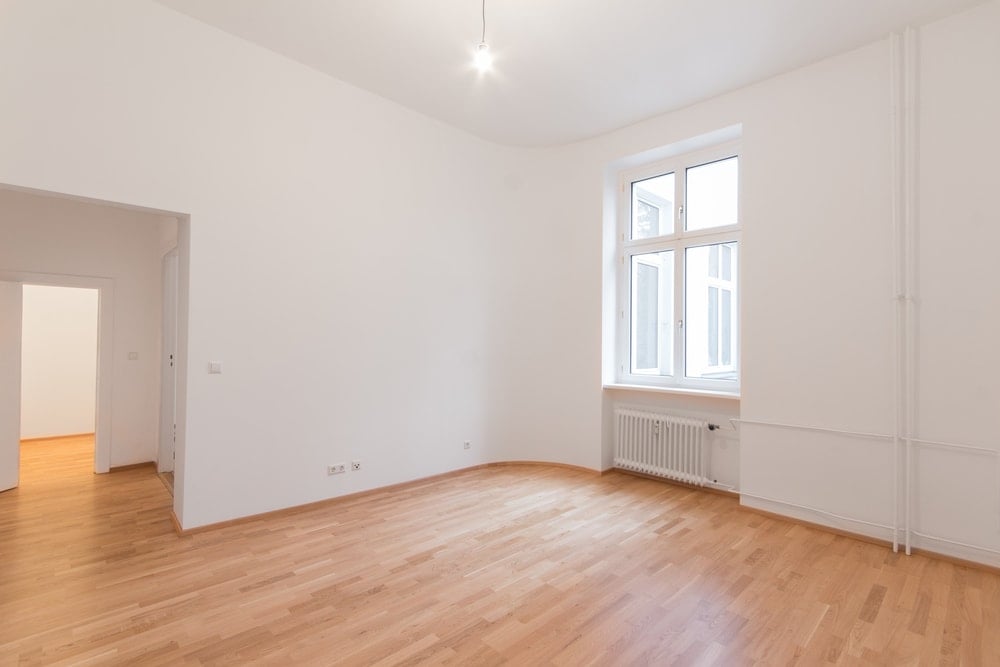 Random social media conversations have revealed that some people are so upset about being called out on having too much stuff, or not getting rid of it the “right” way, that accusations started flying about some of Marie Kondo’s viewers having a mental disorder surrounding getting rid of stuff. Hoarding has literally been defined as a mental disorder in the DSM-V. But does it have a counterpart?

What separates obsessive-compulsive spartanism from minimalism or simply keeping a tidy home is that the person suffering from it has such a compulsion to get rid of things, that they even toss out things they need like food, furniture, and important documents. It’s a pretty rare subtype of OCD that doesn’t really get discussed or even recognized because decluttering is celebrated in society.

Just go on Instagram and Medium and look at all the picture-perfect rooms, apartments, and tiny houses that look like they were freshly shellacked for Brit & Co. Those spotless oak floors, dust-free window sills, chrome kitchens, and tiny little tables that house just one bag of artisanal coffee, one laptop, and organic dog treats for a toy breed with more fastidious cleanliness than most humans? Oh, they’ll make you feel like shit about yourself as you hold back tears staring at your desk cluttered with papers, the bedroom floor with the ugly carpet you can’t get rid of because all of your furniture sits on it and the condo board would have your head if you went bareback, and a closet that never closes because it’s brimming with clothes for multiple seasons and occasions. 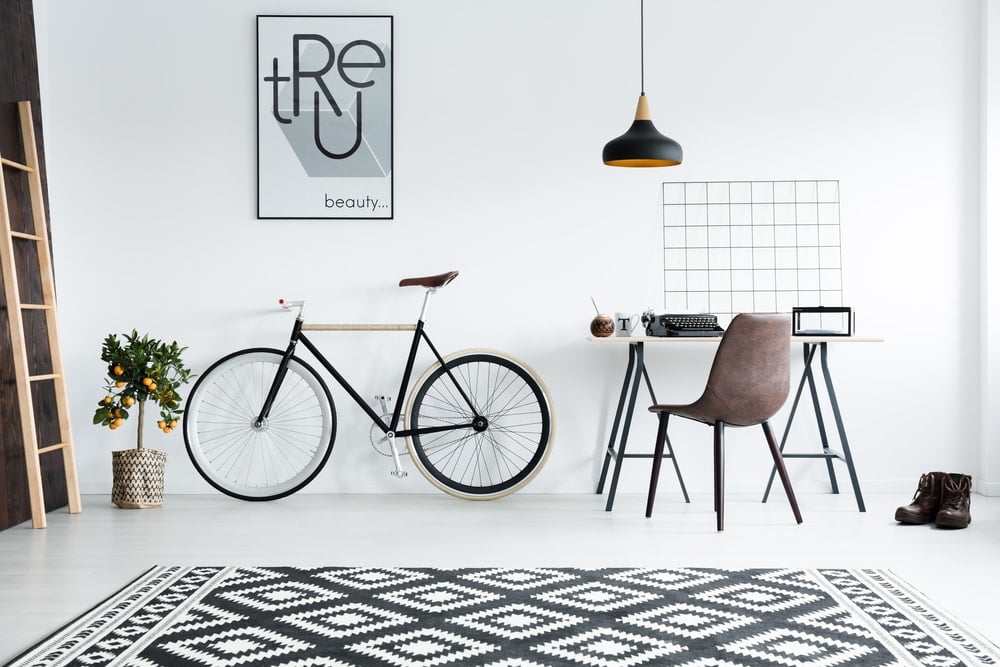 C’mon. There is NO WAY that the floor isn’t decorated with bike tracks most of the time, especially during NYC winters. AND snowboots? Unless the occupant has a live-in housekeeper, those floors that are whiter than a conservative Congressman eating a powdered donut ARE A LIE.

Americans live with the odd duality of constantly acquiring things and needing a bigger house for all of your expensive toys and dollhouse fantasies come to life, yet also decluttering said a huge house is celebrated. It’s another impossible standard we have to live up to. So someone who’s constantly throwing things out just to re-buy them isn’t seen as odd in our culture. But it’s actually one of the hallmarks of obsessive-compulsive spartanism.

One of the chief goals of New Tens/early 2020s minimalism is that you’re not supposed to think about stuff once you’ve purged all the things you don’t want (or that didn’t spark joy) and downsized your life to what best fits your needs. It doesn’t matter whether your motivation is environmental concerns, spiritual reasons (e.g. Shinto), or clearing room to improve accessibility: you’re supposed to get headspace back from not having the clutter stress you out and/or remind you of things you’re not getting done.

But if you’ve become so averse to owning things that getting gifts fills you with anxiety and you feel this constant urge to get rid of things– and you’re not dealing with a clutter, hoarding, or executive dysfunction situation–it could be signs of compulsive spartanism, especially if you get rid of things you need to the point that you end up having to buy them again. And I don’t mean like laughing at yourself because you needed some walnuts for a recipe then ended up having to toss a whole bag of them that expired over a year ago, so you add them to the grocery list. We’re talking getting rid of a lamp and now you need to use your phone and the flashlight because there’s no other way to light up the room now.

This is a problem recognized by mental health professionals who can help you get it under control just like they do with hoarders. Problem is, you just don’t hear about it because decluttering is more of a need in America and the aforementioned Instagrammable minimalist homes fill so many of us with longing and/or self-pity.

Further compounding the matter is that people keep conflating tidying up with minimalism and then put a really fun show about a home organization in the crosshairs, with a side order of xenophobia.

Say what you will about the items for sale in the Konmari store, but come on. There’s a difference between being mindful of what you bring into your home, what’s actually minimalism, and obsessive-compulsive spartanism. You don’t HAVE TO live in a small space and pare down your belongings to the bare essentials. Just be mindful to only take home the things that spark joy and be open to what other cultures have to teach you about how you inhabit your space.