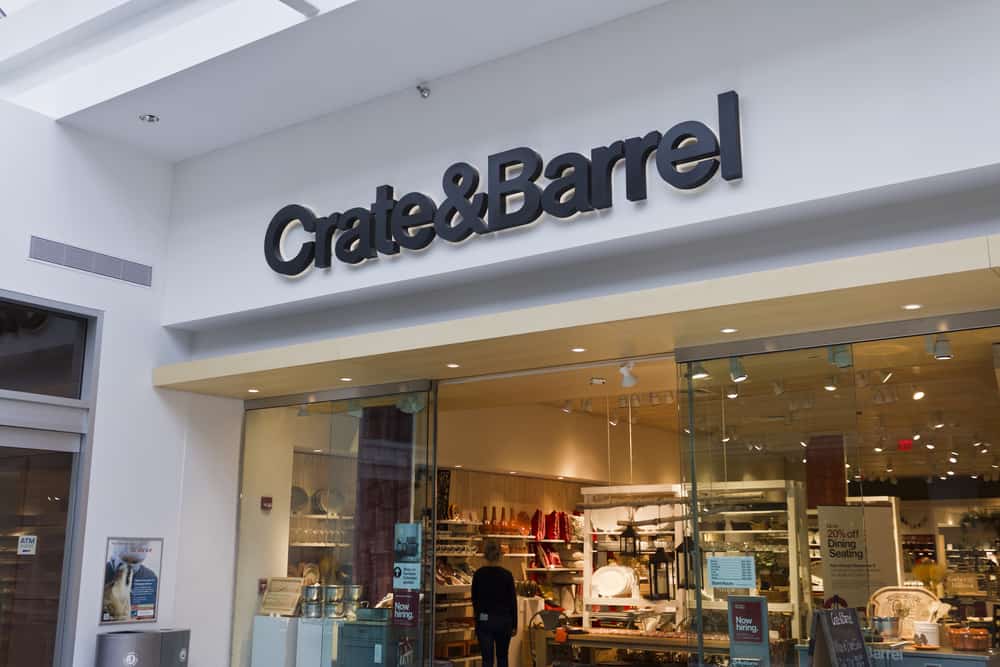 According to Crate and Barrel CEO Gordon Segal, it takes inspired development for a retailer to build a specialty store that has what it takes to stay in business for the long term. If the shopping experience is not unusual from the time that the customer walks through the door until departure, there is little motivation to return. It takes a unique experience to create loyalty that builds longevity.

The CEO is also the founder of the company who made Crate and Barrel by implementing this belief in action. A close look at the history of the business reveals how the entrepreneur built his empire from the ground up and turned it into the successful enterprise it is today.

Humble Beginnings of a Retail Giant 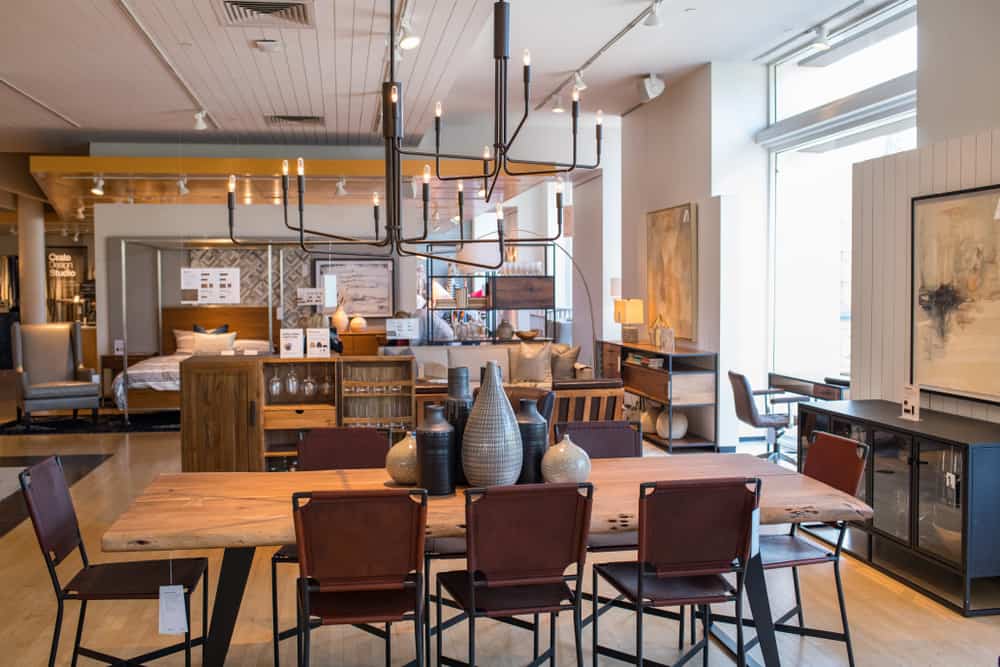 Gordon Segal was just 23 years old, a newlywed just back from his honeymoon, and filled with inspiration. When in the Caribbean, he and his bride Carole had seen European household goods for sale that were tasteful yet inexpensive. They came home with the notion of starting a business that would make such products available for new couples at decent prices. They contacted several European manufacturers who produced aesthetically pleasing home elements, hired an employee and leased an old building on North Well’s Street in Chicago. The first Crate & Barrel store opened in early December of 1962.

Limited Resources and an Idealist Vision

The Segals had $17,000 to invest in merchandise and preparing their storefront from an old elevator warehouse in Chicago’s Old Town. Instead of putting money into the décor, they worked with what they had and used old turned over shipping crates to create displays for the imported European ceramics, glassware, and other aesthetically pleasing European household items in their inventory. 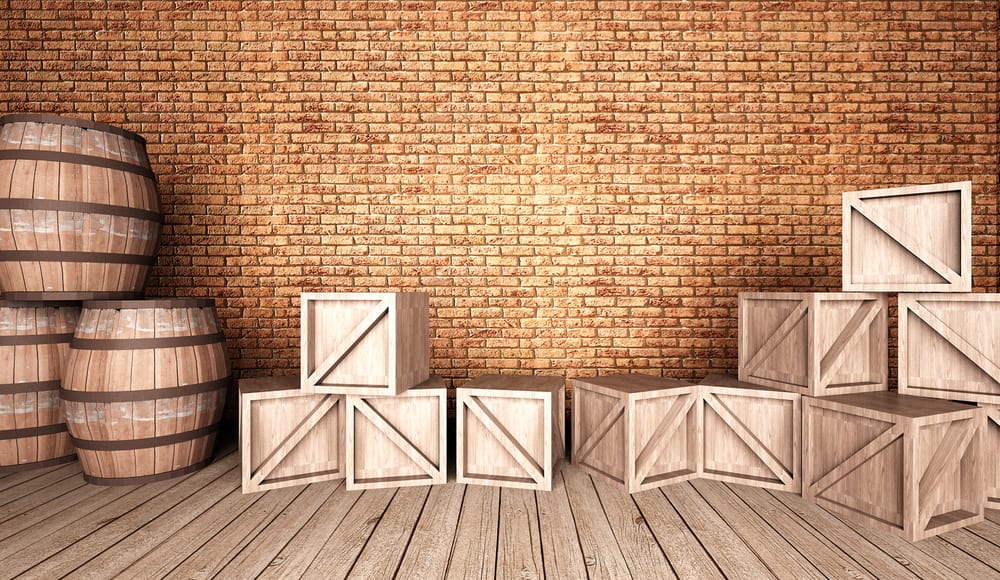 They invested a total of $7,000 into the building and used the lumber from crates to create a rustic ambiance by nailing boards onto the walls. They used every resource available in a makeshift attempt to minimize costs while going for a unique image. Using barrels and crates for display was ingenious and useful for creating a one of a kind ambiance. Little did the young idealists know that they were building an image that would set them apart from others and lead to overwhelming success soon.

Following passion and stumbling upon a goldmine

At a young age, the Segals wanted their new business to be different and interesting with an image that no other retailer offered. It appeared that the pair had remarkable business savvy as they designed the store and the products they would sell in a counterculture styling, far removed from traditional storefronts and display themes. Gordon later confessed, “We didn’t know anything about retail. I had grown up in the restaurant business, so I knew about service but not about retail. We didn’t know a market from a markdown. We didn’t know anything about importing. In fact, if we weren’t 23 and totally lacking wisdom, we would never have done this. You go ahead with your passions, and you rush forward without a great deal of thought.” 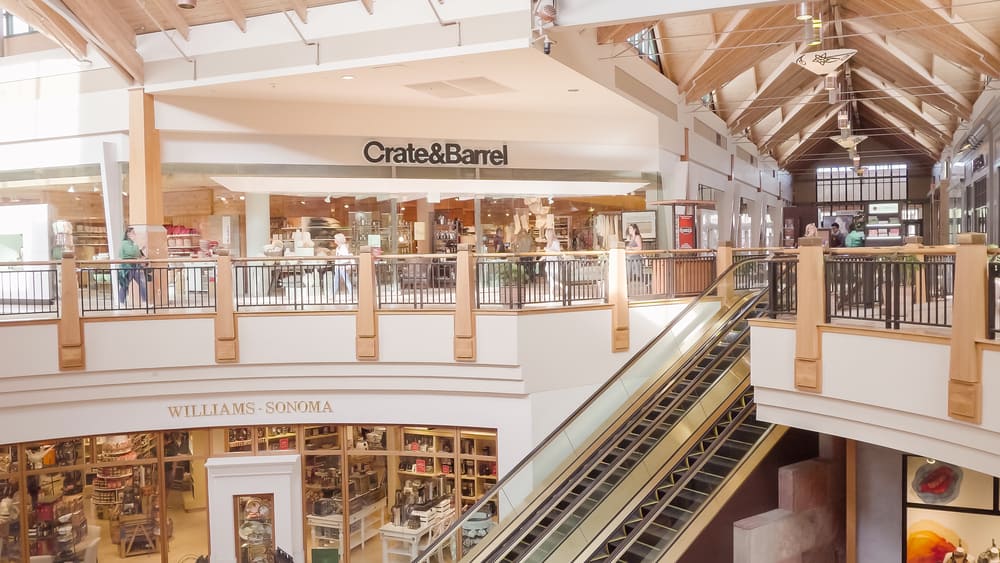 The Seagals knew what they liked and without realizing it, set the tone for Crate & Barrel by stocking their store with carefully chosen items that suited their tastes. They were correct in assuming that other young couples would like tasteful European imports for beautifying their homes with practical yet aesthetically pleasing items. However, they had no idea that their collection would convert a small business into a chain of stores and outlets that would become a market trend and a venture that would make them incredibly wealthy. The first inventory items consisted of French copper pots, hand blown Swedish glassware, Danish flatware, white bistro dinnerware and unique European modern style ceramics. They bought directly from the factories and had the merchandise shipped to their Chicago store.

Gordon and Carole visited Europe and met with small artisans and craftsmen and with factories who were willing to give them a good deal on their products, for reasonable resale prices that would still allow them to make a profit. The simplicity of their plan was brilliant. The fact that their offerings were direct European imports would make them more attractive to the American public. In a sense, they were trailblazers because bypassing a wholesaler as the middleman is a practice that wasn’t common in the 1960s. 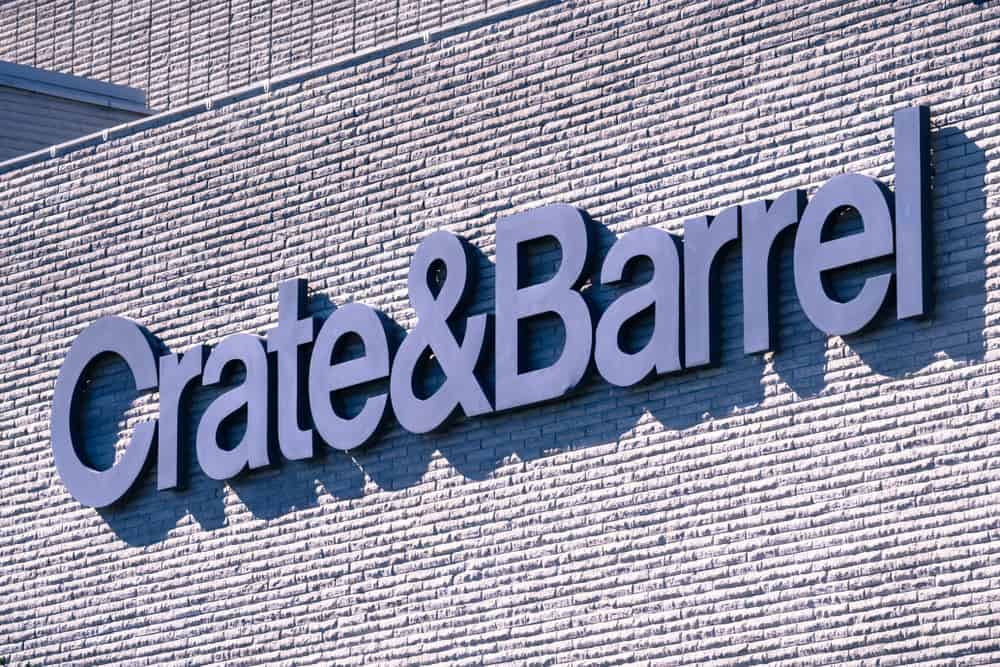 As their business began to take off, the couple began to realize that they may be on to something big with their enterprise. They set out to learn from retailers in Denmark and Italy. They discovered that using color and special lighting techniques would make their store and its contents more appealing. They were figuring out that the small details could make a big difference. The theme of the store would draw more people in if it made sense and had some coherency. They adopted a philosophy about design that required it to be functional and practical yet attractive. This is one of the reasons we see Crate & Barrel items prominently displayed in full view as they would in a home. 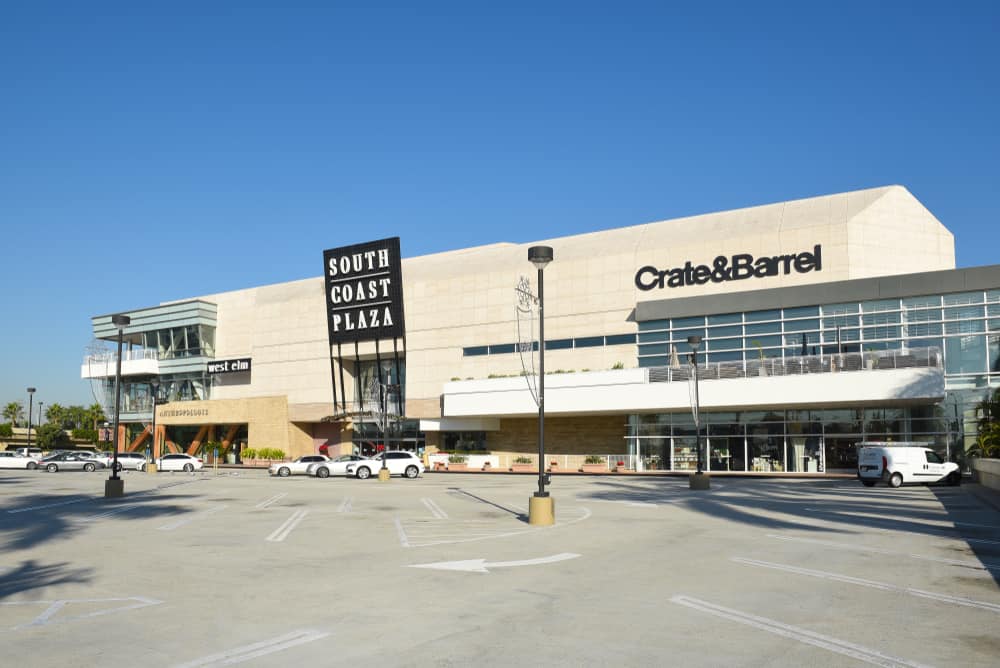 Segal noticed in a door to door fundraising trip for a charity that the furnishings in the homes he viewed were often sparse or out of style. This gave him an idea for the store. He saw a need for tasteful furniture to enhance the interior of otherwise nice homes. He and Carole set about finding affordable pieces in the French Traditional style that would tie in with the theme of their other offerings. The Segals weren’t interested in modern ideas and maintained a strict adherence to the European traditional tone that had been working for them up to this point in time. Their hunch was right and the store experienced growth with increased sales.

Gordon Segal developed a relationship with designer Lon Habkirk who accompanied him on a visit to the Design Research store located in Cambridge Massachusetts. Their trip yielded new and useful information about effective retail approaches and Habkirk’s input had a profound effect on the way the Segals would carry their company forward. The first catalog was mailed to consumers in 1967 and the first Crate & Barrel store opened in a significant Oak Brook, Illinois shopping center. 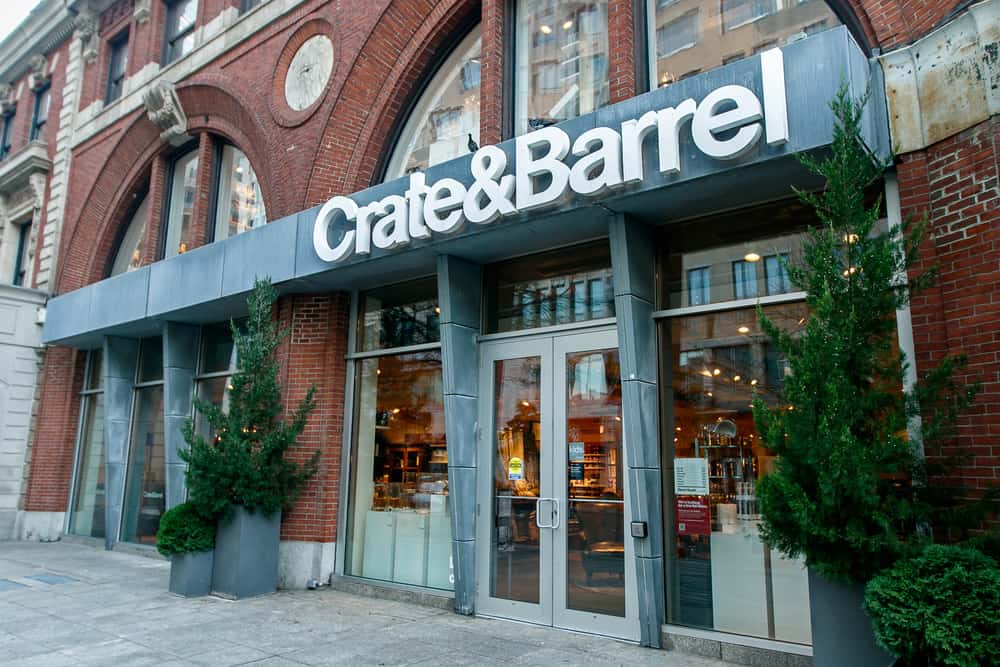 Crate & Barrel was ready to move into new territory. After the opening of the Oak Brook location, the first store outside of Chicago opened in Boston, Massachusetts. It was followed by a series of expansions with stores opening their doors for business in Dallas, Texas in 1982, In San Francisco, California in 1985 and the opening of what would become their Flagship store in 1990 on Michigan Avenue in Chicago, the home city of the original shop.

The Crate & Barrel company rises as an empire in the ‘90s

The opening of the new Manhattan, New York location was the 59th store in the rapidly expanding retail chain. The expansion was expensive, but the company was bringing in good revenues. Crate & Barrel partnered with Germany’s Otto Versand, the largest mail order company in the world in 1998. By 1999, they launched the Crate & Barrel website. A major stake of the company was sold to the Otto group and this meant financing for yet further expansion. In late 2004, there were more than 135 locations operating, including regular stores and outlets. By 2011, Otto acquired sole ownership of the company. 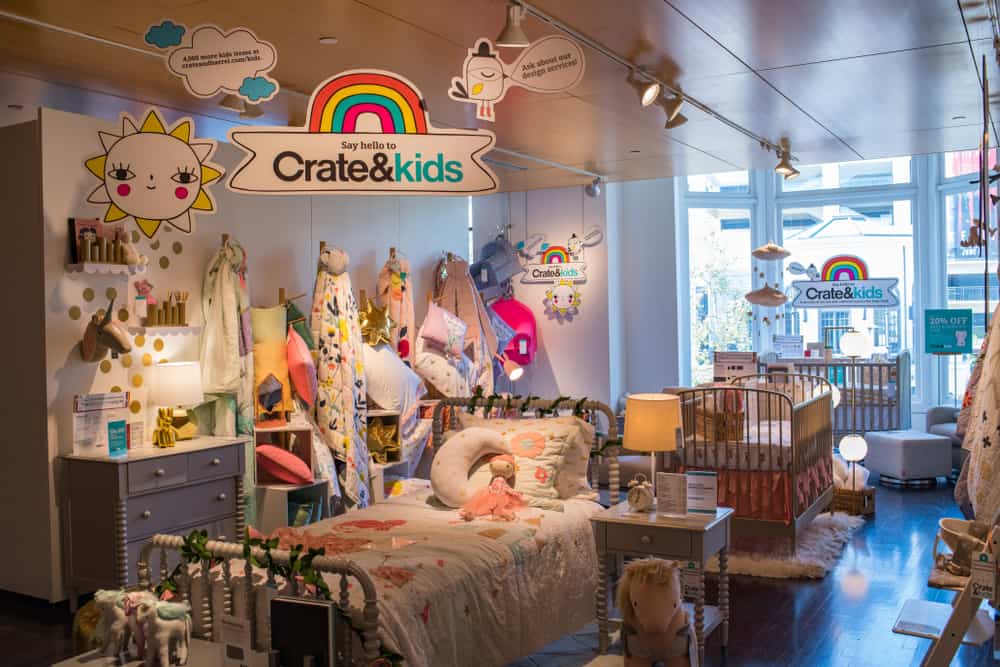 Currently, Crate & Barrel leads the industry in exclusive furniture and houseware designs. Since its acquisition by The Otto Group, new product lines have joined the family with brands including The Land of Nod, CB2 and a variety of European branded products from both large and small factories. The company acquired The Land of Nod in 2001 with the intention of closing all associated franchise stores and turning the brand into the Crate&Kids brand name as a subsidiary of the parent company in 2018. The brand expands the Crate & Barrel product lines with children’s furnishings as well as additional gift products and home goods. A launch of 40 new stores is planned to begin in 2018.

The addition of authentic Thai and Mexican imports has added yet another dimension to the customer experience with more ethnic styling choices. Contemporary designs have been added to their traditional lines and the appeal has increased to larger segments of the consumer population.

New owners with their own ideas of how to reach the public and expand operations bring about enhancements to the original marketing approach. Advertising now includes celebrity endorsements along with the promotion of sales and affordability.

The company secured the services of TBWA\Chiat\Day creative brand strategists to succeed the previous contract with Phenomenon. The goal of the move was to attract a larger crowd of younger shoppers. A phenomenon was still retained to work with Crate & Barrel’s email promotional campaigns and the creative marketing for its CB2 subsidiary. 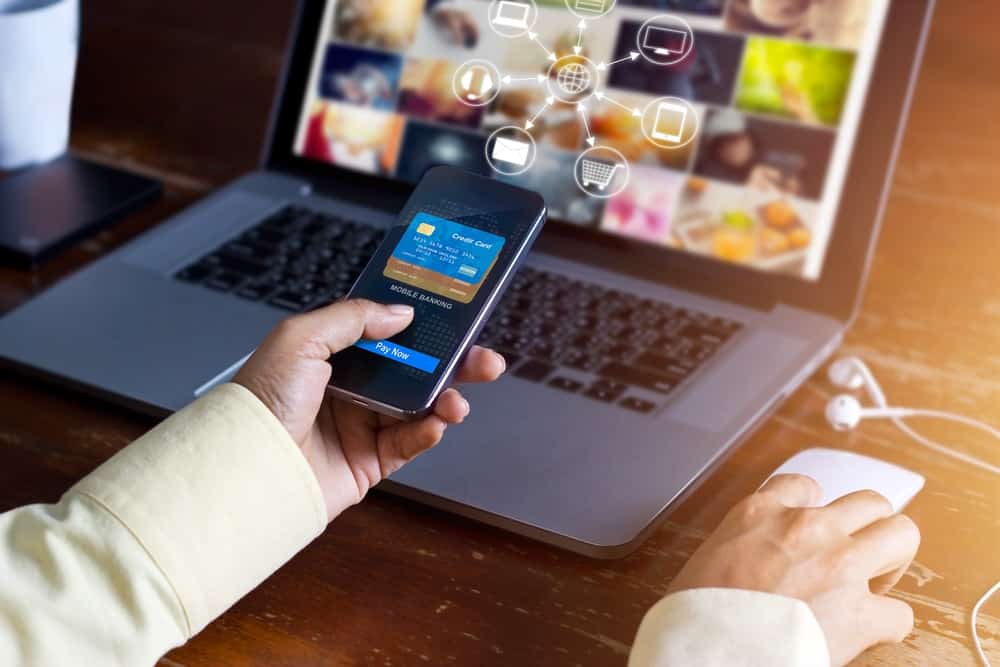 Crate & Barrel recently partnered with the software developer Infor in early 2017. They are upgrading their product information management tools to make the online shopping experience interactive and more modern. They’re implementing a new generation system to give the end user useful information that will enhance the overall shopping experience by combining learning and greater control over the information that is viewed online. It’s expected that increased access and a more in-depth engagement of browsers will convert into greater customer satisfaction and a higher ratio of conversions to sales. The new omnichannel format merges physical shopping experiences within an online platform. 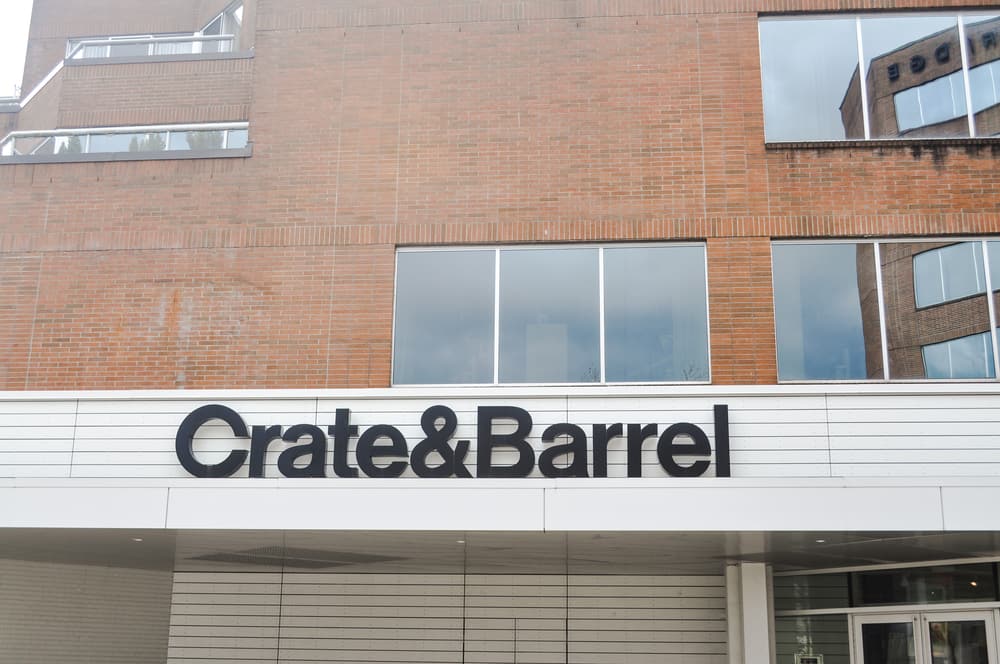 Crate & Barrel has acquired two brands that operate offshoot sister brands under the companies’ parent brand. The CB2 brand focuses on home furnishing that targets the tastes of young adults. A total of 15 CB2 stores have opened throughout Canada and the United States. The Land of Nod is the second sister store but will be absorbed under the new Crate&Kids brand name by the end of 2018.

Closure of the flagship store 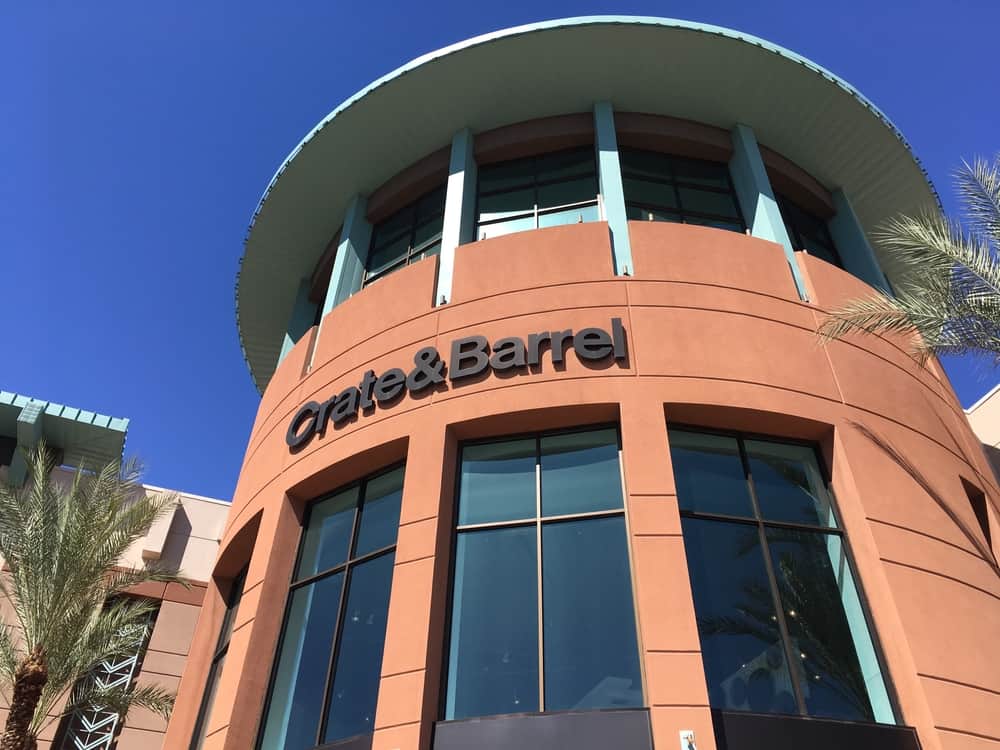 The Chicago store located on Michigan Avenue closed its doors in January of 2018 and was converted into a Starbucks retail store. This in no way signals trouble for Crate & Barrel. They have maintained a healthy expansion into foreign markets and the company still operates eight outlets and 90 stores in the U.S. and Canada alone.

Expansion into the international market

In 2008, the first Canadian Crate & Barrel was opened in Toronto, Ontario, Canada at the Yorkdale Shopping Centre. The store occupied 35,000 square feet of the two-story building for retail sales. A second Canadian location opened the following year in Calgary with yet more stores popping up in Mississauga, Ontario, in Edmonton, Alberta, in Vancouver, British Columbia, and in Laval, Quebec between 2010 and 2013. As the Calgary store opened, Crate & Barrel announced plans for two 2010 openings in Dubai.

Entrance into the Asian Market 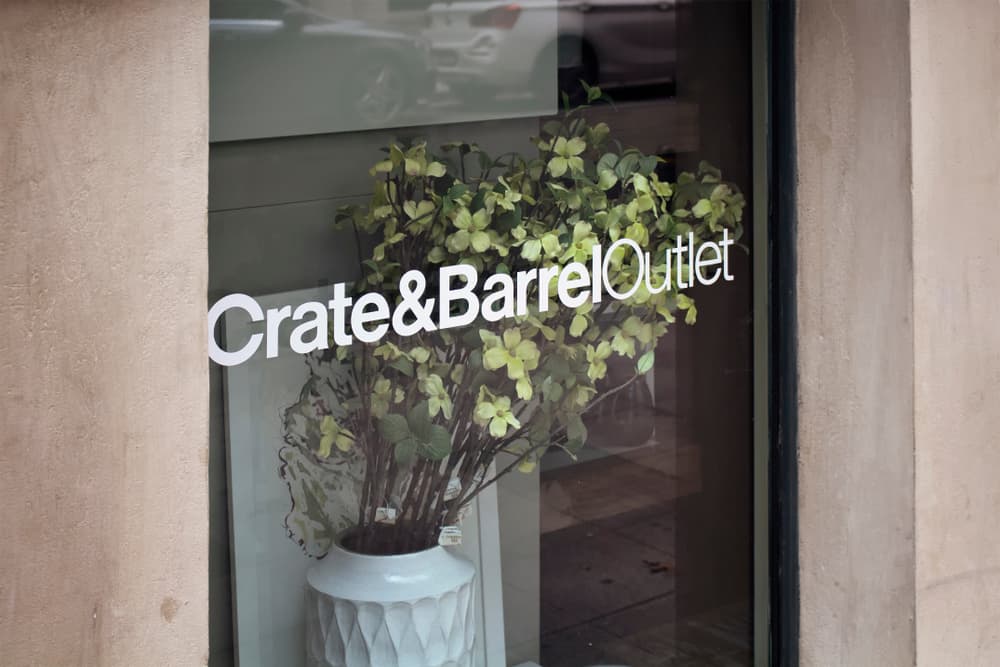 The first Crate & Barrel store to open in Asia is the Singapore location in 2013. The large store was housed in two floors at Ion Orchard. Two stores opened in Taiwan with one in Taichung and the other in Taipei.

The year 2015 was the beginning of Crate & Barrel’s entry into South America with a store opening in Peru. Then a second in December of 2016. The Columbian location was secured in a franchise agreement with the Falabella retail store and the store I located at the Parue La Colina Mall in Bogota. The small specialty store that was founded by a couple of kids in Old Chicago in the ‘60s evolved into a leader in the retail industry in just over fifty years.