Back when I covered The Drawer of Shame, I got into why our living spaces inadvertently get cluttered. Hell, I am looking at a mess that seems insurmountable right now: there are at least three online shopping packages that arrived a week ago which I didn’t open yet, tons of boxes from another venture I need to send to a fulfillment center, and this bin of shoes which I can swear has been laying here since I moved into this apartment almost four years ago.

I’m a firm believer in bold strides over incrementalism, but sometimes it’s preferable in certain situations. Incremental approaches are often what you have to do in light of physical and/or mental health issues, plus Americans being so time-strapped. I mean, who the hell wants to waste what few precious hours we get not slaving in front of a computer, or being on your feet all day, on attempting to de-clutter when it’s probably going to get messy again anyway? Throw in chronic pain and/or a few pets or kids, and let the entropy begin. Ergo, it’s easier to map out “I’ll throw the boxes out on Tuesday then I’ll sell those shoes I’m not wearing on eBay on Wednesday” than “I’ll get this dump looking H&G worthy one of these days!”

Being busy, living with chronic pain, having executive dysfunction to some degree, lacking help around the house, and other factors all contribute to clutter. But what exactly separates clutter from hoarding? Speaking from personal experience growing up with a hoarder and getting insight from mental health professionals far more qualified than I, I delved into this.

Obvious disclaimers and all–Home Stratosphere is your one-stop for home and garden-related things, and I’m not a mental health professional, I’m merely a shitposting dork from The Bronx who’s just speaking from personal experience dealing with my clutter challenges plus growing up with a hoarder. So, I did some investigative work on what mental health professionals have to say about this! (Heads up that if you had a similar upbringing, you may find this piece and images a little distressing.)

The Official Definition of Hoarding

Let’s start with the official definition of hoarding. The DSM-V is the authoritative source mental health professionals use and cite, and they actually dubbed it hoarding disorder in 2013.

There are six factors that they look at:

Trauma porn like the reality show Hoarders tends to focus on the first two criteria in that list, sometimes up to the first four. Speaking from experience, sometimes hoarding is explained by traumatic experiences that the hoarder had in childhood such as growing up in poverty. Losing a child or other loved one can also cause things to accumulate because you don’t want to get rid of items associated with that person, fearing it makes you a bad person or that you’re dishonoring their memory by doing so. (Conversely, a lot of people will also quickly toss the deceased’s possessions so they’re not constantly reminded of who they no longer have.)

Again, speaking from experience, having an abusive parent or guardian can end up kicking off poor clutter habits at best, hoarding disorder at worst, if they constantly threw your things out or broke them for no reason or solely to upset you. While my wardrobe expands and contracts over time, I definitely had a clothes hoarding problem for a while because of this.

Chalk it up to a lot of girls’ dreams to become a clothes horse once they have good incomes, all happily facilitated by e-commerce providers today, but between having garments of mine mysteriously disappear to having to settle for ugly hand-me-downs and outlet store trash that would cause the cast of Queer Eye to break out in hives not even Aqua Cordran cream could fix? Trust, there’s a HUGE element of “Screw you, I don’t have to get any of my clothes now! My things are safe now, and I will cut a bitch who dares try to get rid of my things without my permission!”

Oh yeah, that took 15 years of living by myself and several rounds of cashing out my closet time and again on eBay– my most notable round being over $3,000 that glorious summer I left the financial industry and embarked on the career change that led me to entertaining you lovely people.

Some of the other criteria on this list can also seem subjective: that second one shows me that whoever wrote it has never lived in a studio apartment and dared to have hobbies, some semblance of a pantry, or a goddamn piece of furniture. Your home’s actual layout can also inadvertently cause clutter grievous enough to be considering hoarding, such as small spaces or being unable to make the best use of the space and layout. I’m looking at YOU, home builders who assumed every single person who lives in a prewar NYC apartment was the same height as LeBron James. (Seriously, HOW did they expect housewives of the 50s to reach things?! I’m weeping in lawn gnome height and long for an ADA-accessible kitchen with low cabinets.)

Those last two on the list are more or less “Drawer of Shame” territory: other mental and/or physical disabilities that cause you to accumulate things, affect your social life and ability to work, and so on.

Given that subjectivity, what else really differentiates clutter from hoarding?

Mental health professionals seem to be split on this, but the size of the mess definitely comes up in both casual and clinical settings.

Clutter can simply be a messy desk, those aforementioned piles of boxes from online shopping, clothes still in the laundry basket, or just never bothering to put things back in their place. While there’s some overlap between clutter and hoarding in possible causes like overbuying, traumatic experience, and health issues like chronic pain and tiredness preventing you from tackling that mess or the lethargy that comes from depression? Hoarding is more about a Matterhorn of crap in your home to the point that entire rooms or areas are completely unusable and you’re practically donning mountaineer gear just to get a new tube of toothpaste.

Speaking of toothpaste! Did you know that if you’ve been hoarding toothpaste since the Reagan administration, and your disgruntled adult children discover it decades later, the chemicals within cause the tubes to start splitting out the sides? Yeah, that was some Bill Nye shit right there and it made me never want to have more than two back-up full-size tubes of toothpaste in the linen closet well into my thirties.

There was so much goddamn toothpaste that it almost made me want to recreate that scene out of the Ramona book where she makes a birthday cake out of toothpaste, except I was concerned it had calcified there so long that sis and I better call a HazMat team if not Columbia University’s archaeology department.

This stockpile of toothpaste was tucked within a lair stacked floor to ceiling with shopping bags, boxes, and so many old toys that were worthless in the early aughts but probably worth a small fortune now except my sister and I had no desire to hang onto anything exceeding our immediate needs and wants upon moving out of that dump. Whereas I’ve had to throw out a tube of toothpaste here and there when I got them for free at the dentist and forgot to use them, or grabbed a few boxes on sale and wasn’t mindful of the expiration date.

The former encroached on our whole family’s lives and made that room unusable almost the whole time we lived in that house as a family, the latter was just an inconvenience.

The size and nature of the hoard definitely matters in determining the difference.

The size of the hoard aside, the key difference between people suffering from clutter and hoarders is that the former WANTS to let it go while the latter doesn’t.

Going back to Mount Caustic Toothpaste, my mother would have a fit if we tried to get rid of anything in that room even if it was just lying there unused or was starting to resemble something that was found in the Valley of the Kings. Whereas I still threw another box of toothpaste in my Target order to make the minimum for free shipping and it happened to be on sale, but I didn’t want my linen closet to look like a drugstore exploded in there.

In that Psychology Today piece I linked, what also separates a collector from a hoarder is that the former likes to show off what they’ve collected while a hoarder tends to keep these items to themselves or even feel shame for it. There were several factors I’m not going to dive into here for why we didn’t have many visitors growing up, but I know that feeling shame about both the clutter and the hoards was a huge factor. If someone like an electrician came over because a wire in That Room blew, it was impossible for them to get back there so structural things like that just went ignored. You could barely even open the door. As shitty and lonely as it was, I also didn’t want to give my classmates further fuel to constantly harass me so I tried to be fine with the lack of company. Showing off your collection of troll dolls is one thing, trying not to die from mortification when that one time you have a friend over and they discovered more jars of Vaseline than a movie prop department? Is another!

Whereas if you just have a clutter problem, something like a service appointment lights a fire under your ass to do some cleanup and at least try to get rid of things to the best of your ability. It’s a lot like how people will hire housekeeping services to clean their homes, just to end up doing a preliminary clean-up before they arrive anyway.

Whether it’s because of chronic pain, being busy, executive dysfunction, or all three, the key factor here is that you want to be free from clutter and are trying to figure out a solution. It could be just buckling down and setting aside a clean-up day or two, taking an incremental approach, or paying for a junk removal service or professional home organizer. What makes it become hoarding is when it starts to seriously encroach on your and/or your cohabitants’ lives, you feel unwilling to part with anything, and it even leads to squalor-filled living conditions.

I honestly think that reality shows about hoarding have been a double-edged sword. On the one hand, they’ve increased awareness and discussions about hoarding and have prompted people to get help for themselves or loved ones. On the other hand, it’s also caused people to ridicule the people on these shows or hoarders they know in real life without considering the trauma and mental health issues that are often at play.

But if you’ve always wondered what the difference between the two was, that’s what it is. 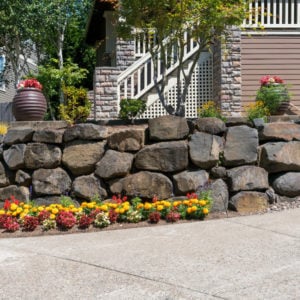 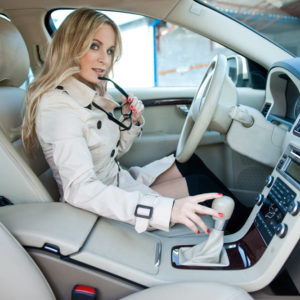