Today, with over 250 stores and showrooms around the globe, Roche Bobois remains a world leader in luxury furniture and home goods. So it turned out I was wrong in my supposition that this place full of honeycomb-shaped couches and dining room tables that looked more like photo shoot props than something most people would eat off of, was an independent shop. 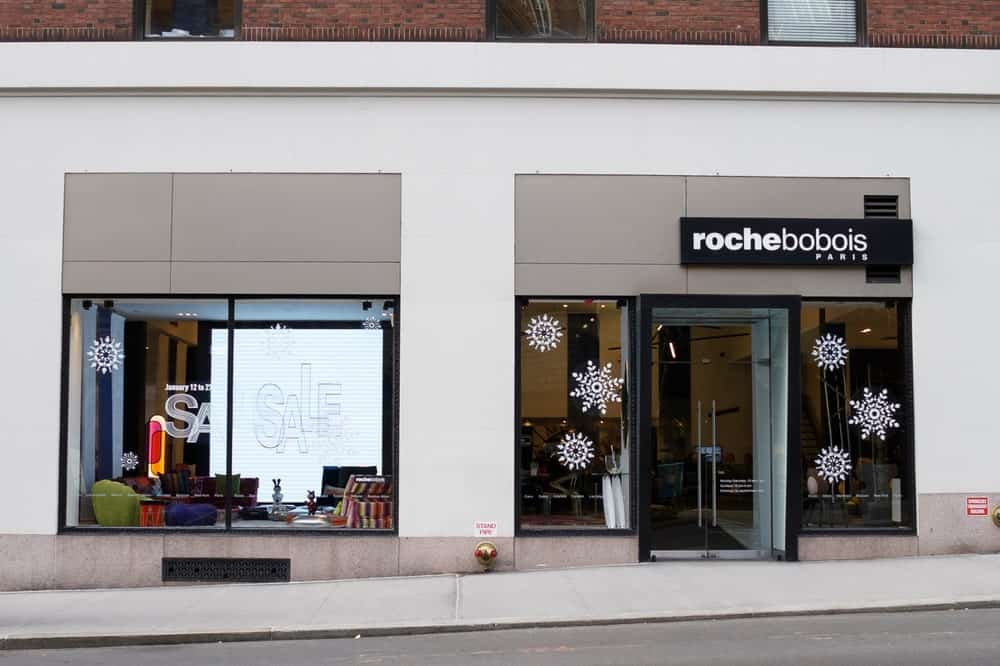 I frequently pass by the very store in the thumbnail image on the way to my long bus ride back to The Bronx. Even when it’s near nothing but bus transfers and all-night tourist traps, Madison Avenue remains the height of fashion.

So I thought it would be interesting to dive more into the designs at the shop, and find out more about the company’s origins.

My first impression was that Roche Bobois was an independent designer specializing in quirky designs and custom-made pieces. Independent furniture designs catering to wealthy eccentrics compete to the death for those highly-coveted spots on Madison and Fifth Avenues, which are still highly associated with luxury living today. Even as my city is facing serious blight what with vacant storefronts doubling in the past decade in Manhattan alone, and people flock to shopping online to skip those long and arduous journeys to the Red Hook IKEA to get another Micke computer desk that won’t survive your next move? It’s still hot stuff to have a store on Madison Avenue, even as commercial landlords price out small businesses to the point of vacancy blight. Not even companies catering to the top 1-5% are necessarily safe.

Which I guess is why Roche Bobois on Madison has held up: it turned out that my postulation was wrong, they’re actually a small French chain. Only chains can afford the frigging rent now.

So without further ado, let’s dive into how Roche Bobois began then eventually wound up near my bus stop where it’s persistently held onto that location!

French Creatives and Their Moment in the Postwar Sun 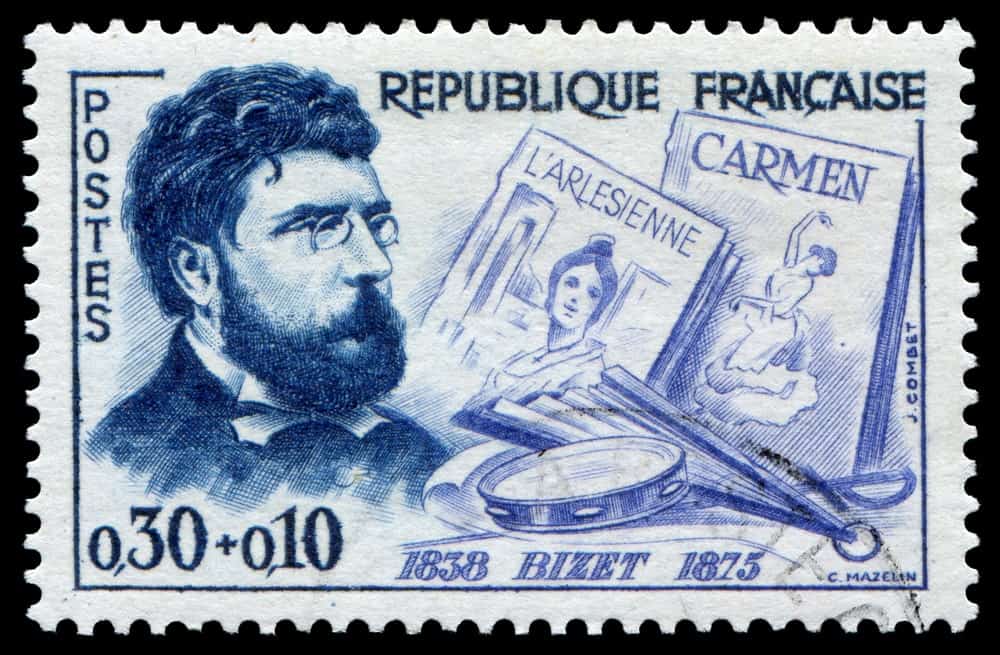 Roche Bobois was about a decade in the making in postwar France.

It started when businessmen Philippe and François Roche joined forces with Jean-Claude and Patrick Chouchan to import Scandinavian furniture to shops in Paris. The Roche brothers’ father Jacque bought the Alexandre Dumas theater in 1950 and built two stores on it, according to company lore. The Chouchans had a furniture store of their own, Au Beau Bois (“of beautiful wood”), which got compressed into “bobois” and became the portmanteau the brand is known as today.

The new team fell in love with the sharp, clean lines and simple yet artistic aesthetics that they saw at the Copenhagen Furniture Fair. Soon, these import efforts also included flatware, linens, crockery, and small gifts appropriate for the home that were designed and made in Denmark and Sweden.

It was like an inverse of what happened with Crate & Barrel across the pond around the same point in history. While the founders Gordon and Carole Segal were a husband and wife team who took a risk on bringing European designs to America while having no knowledge of the retail or import-export businesses, they started with simple home goods before making the larger and riskier investment in importing and selling furniture.

This time it was a little different because the Roche and Chouchan families had more business background, and they specifically focused on furniture because of the practicality aspects. Right after the war ended, the French had a great deal of rebuilding to do. Morale was low and the economy was as stagnant as the water in a flooded basement. Everyday people were scrambling just to have the basics: nice sturdy tables to feed their families, comfortable living rooms where you could just relax after a day’s work. One arrondissement after another had been cratered beyond recognition. Entire towns had grievous numbers of civilian casualties, with Le Havre losing 5,000 people and over 12,000 homes.

By the time survivors were able to get their lives together, stability was the number one priority.

In 1947, the French government took her hurting citizens seriously and made new housing a priority. An edict was passed to create 20,000 new apartments a MONTH. Using a personal frame of reference, there’s seven floors and about 75 apartments in the building I call home in NYC. There’s 108 buildings total, some with the same or more number of apartments, in the entire complex for a total of about 8,000 apartments and it takes up at least 85% of the entire neighborhood. High-rise buildings in this city can have up to 400 apartments easily, and take at least 1-2 years to build. Now imagine building 20,000 of those puppies PER MONTH. 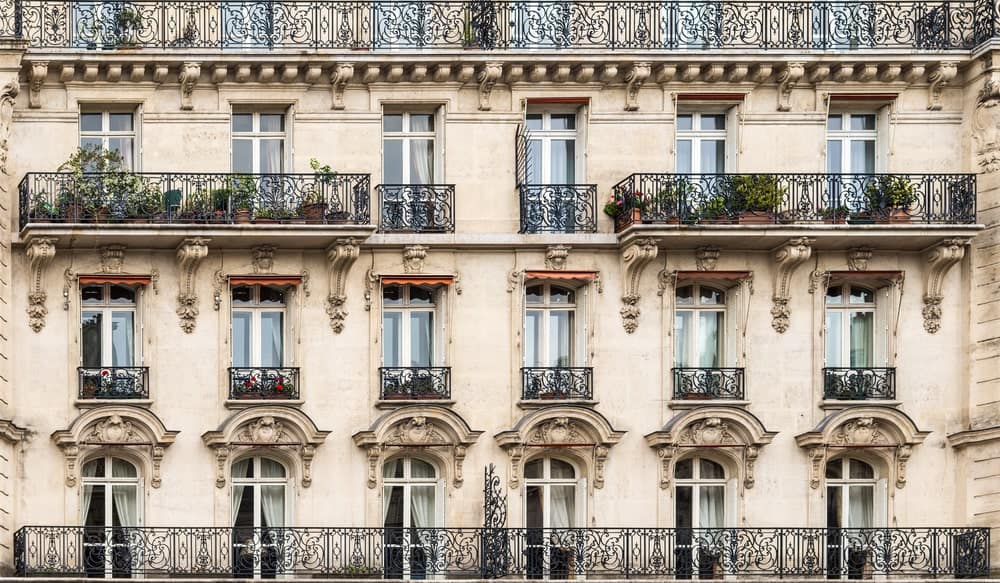 The need for housing was utilitarian, but the French didn’t want to sacrifice aesthetic.

Postwar life was designed to be communal and collective, with utilitarian blocks of apartments with reinforced concrete foundations. Borrowing from their Scandinavian neighbors to the north, the French opted for simplicity and not embellishing the details of things like cupboards, chairs, and beds but without sacrificing aesthetic completely.

With this gigantic burst of new housing, the demand for mass-produced furniture was inevitable. Artisan or sturdy handmade furniture handed down from one generation to the next was either destroyed in the war, or just plain impractical for this new housing that was much smaller, mirroring what happened with separate beds in the 1920s. There was a clear need for furniture manufacturers and importers to step up to the plate and make these new apartment developments into places that weren’t just habitable, but a joy to live in.

Electrical appliances came after the simplistic furniture began appearing in homes, then France got back on its feet in the 1950s and proceeded to spend the current and ensuing decade enjoying the same postwar prosperity that their American counterparts were living. Leisure and beauty became focal points now that the harsh times were over: utilitarianism was out, innovative and quirky was in. Furniture could be works of art just like paintings and sculptures, and everything from homes, shops, and public buildings had to be this experience. 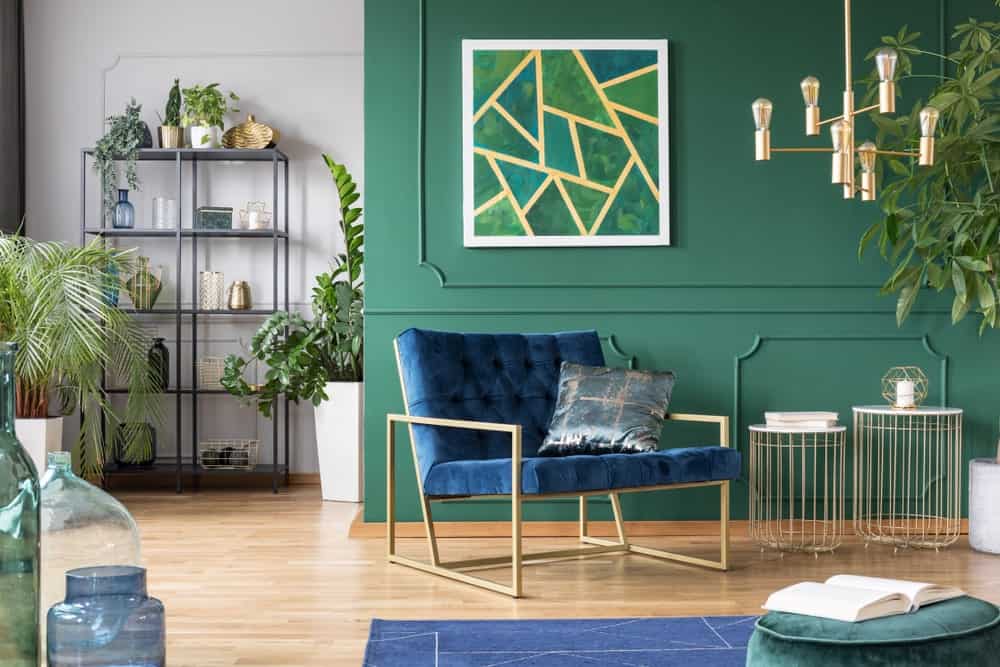 I don’t think any of these pieces are Roche Bobois, or highlighting French designers in particular, but this aesthetic and color scheme is VERY French. The clean lines and plethora of leafy greens in white pots is exactly like the flats I saw in Paris, there’s nary any clutter and furnishings are very deliberate choices.

This was the time for French designers to shine. People wanted to buy beautiful furnishings whether they were from the City of Lights or other parts of Europe, possibly the world. People had money again thanks to the Marshall Plan and other economic renewal efforts. Roche Bobois had a very calculated move to capitalize on this, and started rolling out these elaborate ad campaigns in Elle magazine in 1951.

See also  What kind of nails should you use for hanging pictures?

This led to the birth of the first Roche Bobois catalogue, and they proceeded to run these biannual campaigns in Elle for several decades. But what’s interesting is that not only is the company still small-ish (for an international high-end furniture brand, at least) and private just like Crate & Barrel is, but it was initially founded as a franchise network with no ownership of the actual furniture manufacturers.

Keep in mind, this is before the days of being able to buy a Dunkin Donuts or 1-800-Got-Junk franchise with some personal savings and guidance from a business consultant specializing in franchisees, so it was actually a pretty innovative concept back then. It was a huge business opportunity because France wasn’t the only war-torn nation starting to rebuild, and the demand for quality mass-produced furniture was definitely spiking. 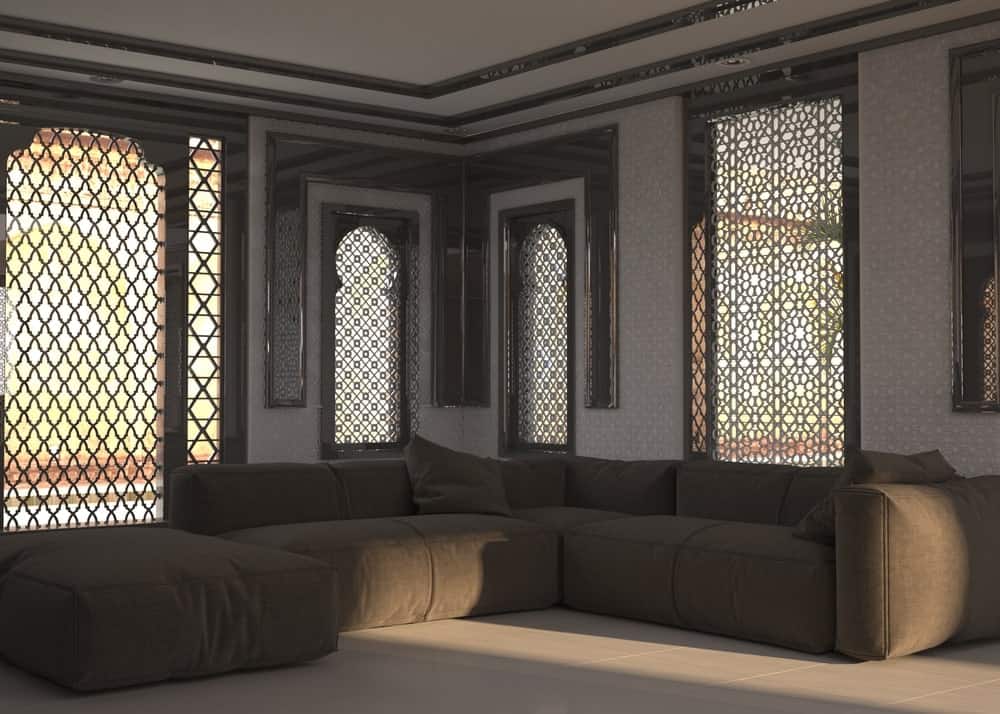 This is *not* the official Mah Jong sofa, which we couldn’t show directly on the site due to copyright issues, but this room has a mix of French and Middle Eastern flair that’s definitely in line with the company’s offerings.

In the 70s and 80s, Roche Bobois took contemporary designs to a new level because they saw how TV shows were influencing what people wanted to put in their homes. The sets of shows like Three’s Company, The Golden Girls, and Married With Children prominently featured couches that were a source of familiarity and comfort to the viewers. Who didn’t want to talk to friends and family around a nice couch?

This gave way to a collaboration with noted German furniture designer Hans Hopfer to bring those “built for leisure” designs to a whole new level. He did so with the Mah Jong couch that looks like a stack of Tetris voxels. (Here’s an original MahJong that Sotheby’s is offering for the price of one or two used cars.)

It’s a genius design, actually: haven’t you ever lamented laying on an ordinary sofa and not having a built-in armrest to just prop up your elbow with you read a magazine or shitpost on Twitter? Apparently, millions of people thought so since it’s been the company’s best-selling sofa for decades.

Roche Bobois built upon their international presence even more by bringing in other architects and designers of note to push the envelope on several design principles, and even get many pieces featured in museums. The Provinciales collection in the 80s put contemporary twists on classic French furniture designs that people all over the world wanted to buy now, coming a long way from selling Scandinavian furniture to the French who were just starting to rebuild after the war.

But that purposely funky style that’s so palpable on Madison Avenue today definitely comes from the company’s efforts to amp up their usage of ethnic-inspired designs, which they decided to do in the 90s with the Les Voyages collection. 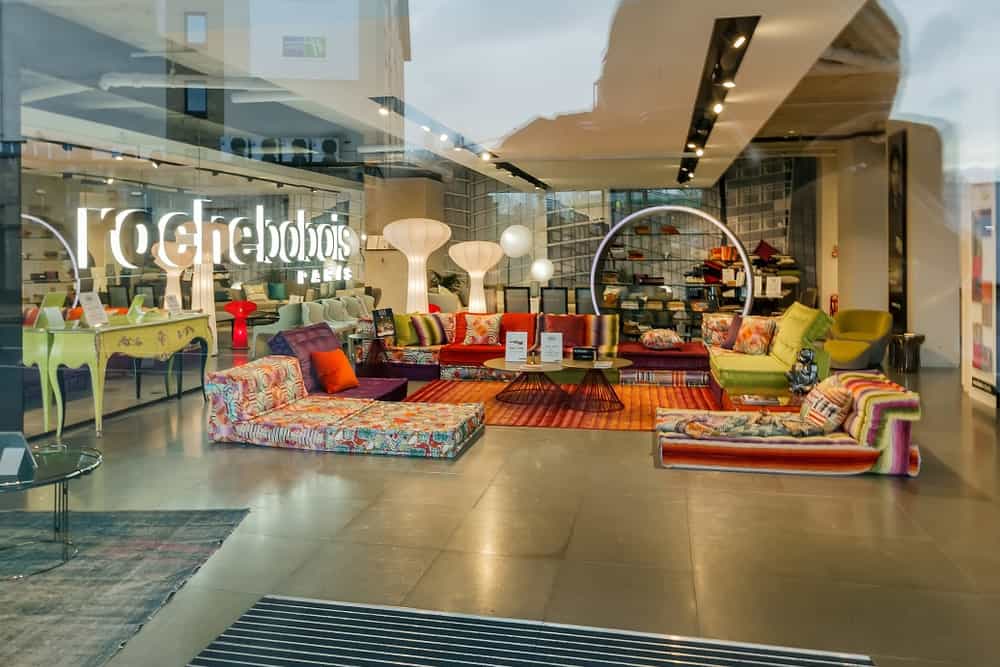 This is from their London showroom and I’m not sure which countries are represented here, all I know is that this set looks like what I imagined my first apartment to look like in 1999, before realizing how apartments not only don’t come pre-furnished but that I’d need the salary of an investment banker to get one in Union Square.

Working with renowned architects kept Roche Bobis on the map, but what kept the aesthetic uniquely French was when they decided to collaborate with Jean Paul Gaultier in 2010, after being in business for 50 years. With an internationally-acclaimed French fashion designer at the helm, new collections that focused on audacity and spontaneity would soon become the backdrop for Instagrammable shots, a slice of attainable luxury in influencerland to come.

See also  Can I Use Exterior Paint on Furniture?

Today, with over 250 stores and showrooms around the globe, Roche Bobois remains a world leader in luxury furniture and home goods. So it turned out I was wrong in my supposition that this place full of honeycomb-shaped couches and dining room tables that looked more like photo shoot props than something most people would eat off of, was an independent shop.

Apparently, the trippiest and most audacious of their designs can be found at their creative lab in Monaco, where local artists are also welcome to display their work.

The website seems to be conservative in comparison to what’s in the shop windows. Makes sense, people tend to go online to look for something specific while the point of window-shopping is to act on impulse when seeing something that gets your attention.

If I ever trade up condos, put me down for one of these. Even if it is a little disturbing Grimace had to die for that chair.