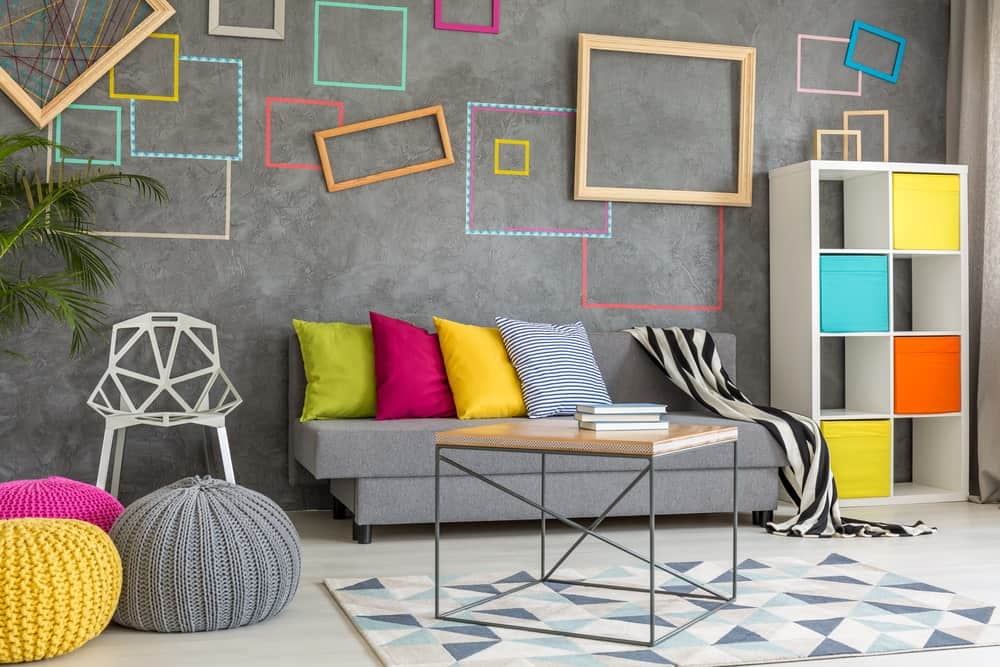 Let me be clear: I’m a child of the 90s. Few things make my heart cry out for that last age of innocence like seeing those classic episodes of The Simpsons and the indelible mark they made on entertainment history (it’s impossible not to cry buckets at the Bleeding Gums Murphy episode!), or neon colors and crimped hair beneath Walkmans playing Collective Soul and Color Me Badd. I was born in the Reagan years and am so, SO glad I grew up in such a wild-ass time where my peers and I were the first generations to become technology-native while we also watched it evolve. “Millennial” feels like an odd catch-all when my peer group had a radically different time growing up compared to the kids who already had internet when they were literally still in diapers.

With that said, you know we’re getting old when the waves of nostalgic pop-ups are arriving, totally designed to sink their teeth into our nostalgia bones and force us to don rose-colored glasses.

There’s pop-up EVERYTHING now: an ersatz “Central Perk” was quite a way off from the real Central Park for about a month in Soho, where Friends fans could live out their 1995 dreams for a month, imbibing lattes while listening to atonal warblings about a smelly cat. (I just remember that blip from a commercial. I didn’t watch Friends and let me tell you, 1995-1999 was just plain an incredibly vexing time to be named Rachel.) There was also recently a Lisa Frank-themed pop-up rental that plucked the rainbow leopard print heartstrings of almost every women born during Hands Across America, which resulted in a fallout between influencer Amina Mucciolo’s “Cloudland” apartment that is literally living the rainbow dream, that sadly became a nightmare after legal clashes with the landlord.

Something’s up with these pop-ups and installations, especially given that Millennials aren’t buying homes for a multitude of reasons, primarily financial, that would give us the wherewithal to make our domiciles these shrines to the 90s. (And well, since some of us are stuck with homages to the 30s and 40s with respect to fixtures.)

Are they vicarious living? Or blueprints for if we’ll eventually own our places?

Table of Contents Show
Why is 90s Interior Nostalgia in Such High Gear?
Interestingly, before the wave of pop-ups and specially-branded boutique hotels became ubiquitous, there was an actual SIMPSONS HOUSE in Henderson, Nevada.
Zoning Boards Are Just No Fun
Are We Recognizing That Nostalgia is Deadly?

Why is 90s Interior Nostalgia in Such High Gear? 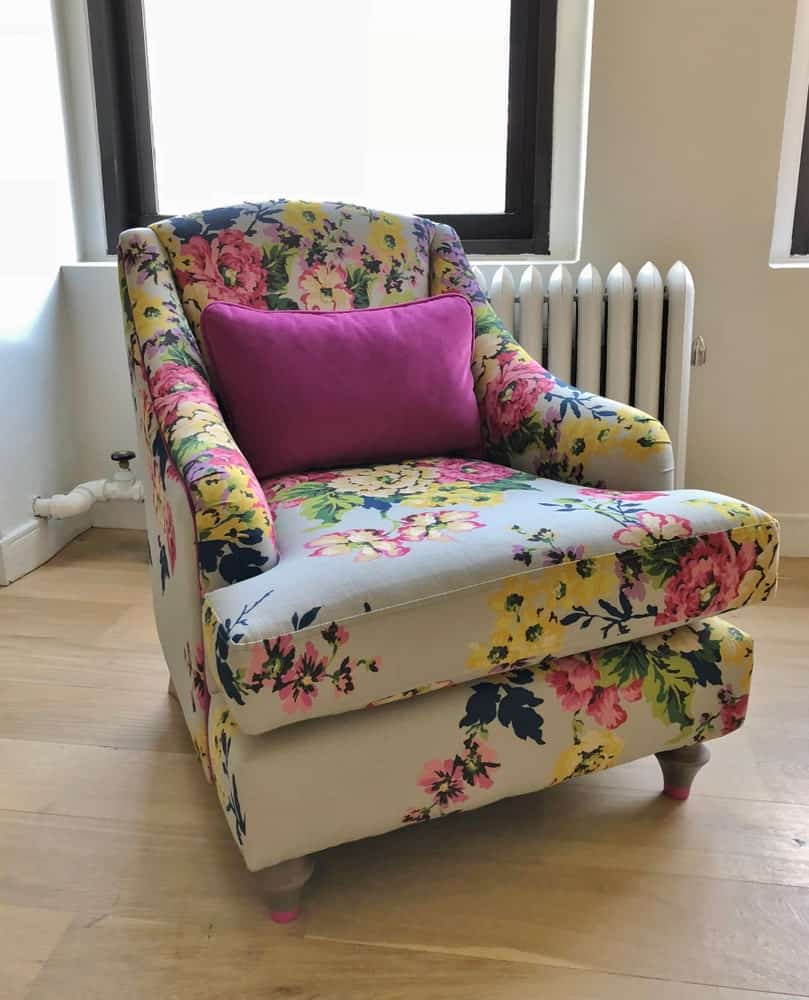 Oh, these floral potatoes filled homes everywhere in the 90s. This is one thing not making a comeback, thank god.

The 90s was this fascinating microcosm of design principles when it came to both fashion and interior design. You had this irresistible rainbow of bright colors and neons that was a holdover from the late 1980s, while the mid-late 90s moved towards this minimalist look. Going from one extreme to the next is just how things tend to go in design principles: the 80s ushered in this gorgeous cacophony of color after we all drowned in the diarrhea-like sea of earth tones in the 70s.

After all, intricate goth styles melded with simplistic grunge looks, while the “greed is good” ostentatiousness of the 80s gave way to the “I’m all spiritual and New Age-y but still got cash” mentality. By 1998, the minimalist aesthetic started to bottom out in favor of a futuristic cyber style that was evident in shiny vinyl seen in clothing, inspired by industrial music and The Matrix as early Internet culture was hurtling from embryonic to crawling on the ground and knocking into the things. Gnarly bead curtains and that brief stint in the late 90s that the late 60s came back also bottomed out as the shininess representing the new Millennium also gave way to inflatable furniture and sleek finishes on home goods to match it. Slick orange, white, and chrome interiors that made your home look more like the office of a hot new startup than a place to crash also became the darlings of interior decorators.

While some of us in the lucky few get our dream homes, getting to decorate is a major perk, despite the additional expense and stress involved. But it does make us beg the question of whether we’d like to relive some of our childhood experiences through design principles, or even copying directly from the homes seen in the media we consumed.

Interestingly, before the wave of pop-ups and specially-branded boutique hotels became ubiquitous, there was an actual SIMPSONS HOUSE in Henderson, Nevada. 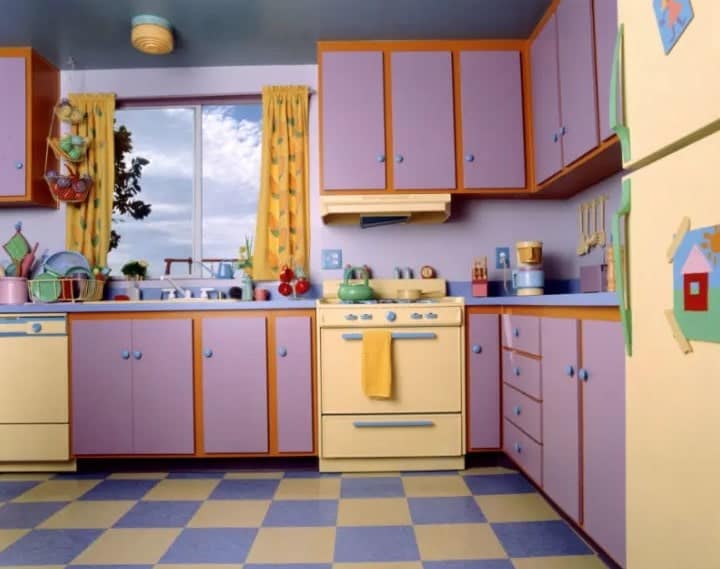 Courtesy of Mental Floss. The interior and exterior have since been turned into a bland cookie-cutter home.

Borne of a collaboration between Fox and PepsiCo, this home was built in 1997 and meant to be given away as part of a contest. Sweepstakes were pretty intense in the early days of the Internet: long before digital marketing budgets were a thing, brands had to really get people invested by following the “golden ticket” model and making it into this whole experience, like collecting bottle caps in the Pepsi sweepstakes that spelled out phrases like “Don’t Go There” which got you a trip to Australia. Fox decided to bet everything on an actual house that the builders painstakingly replicated down to the most minute of details so it would feel like you were truly living in a Simpsons episode.

The fact that the winner turned it down and took the $75,000 cash prize (the house had been valued at $150,000 at the time) instead perhaps should’ve been a warning that people aren’t that most people don’t actually want to be in a live-action cartoon, being turned off at the prospect of uprooting one’s life notwithstanding.

Or rather, it was a cue to the powers that be that people would be more amenable to an experience they could visit rather than live in for the long haul. Whether it’s a hotel stay meant to emulate an experience like the infamous Plaza Hotel scenes in Home Alone 2, or the legal battle between Hotels.com and Cloudland for the Lisa Frank experience that would elicit sighs among all of the kids with unfulfilled dreams from the 90s, of animal print cabinetry and neon pink walls.

Preferences aside though, in comes the parade of killjoys who want to tell other people how to live: the undying bloodsucking gnats known as zoning boards.

Zoning Boards Are Just No Fun 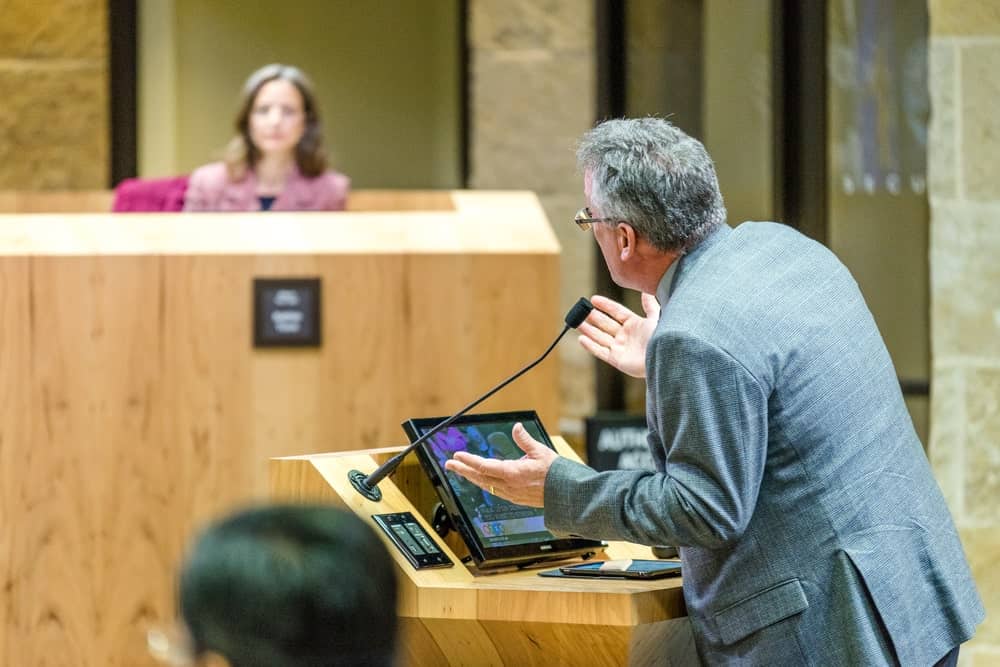 Something that people joke about on Twitter frequently is that reason why the indie video game Stardew Valley became such a smash hit is because it got too real at points, while also allowing people a way to get the things they’re not getting in real life: marriage and kids in a snap, easy money, cool gadgets, and owning a house that you can decorate to your heart’s content.

Making your house resemble the 1960s’ interpretation of modern life clashing with prehistoric aesthetics vis-a-vis The Flintstones is one of those things that just so happens to make zoning boards dip it out. The zoning board in the affluent Bay Area hamlet that’s home to the 1976 architectural wonder deemed it a “public nuisance”, especially when a media mogul later purchased the dome-shaped homage to Bedrock and added toadstools and giant metal dinosaurs to go with the whole theme.

The Simpsons housebuilders suffered the same problems when the Henderson zoning board frowned upon the bright pink exterior paint job intended to mimic the color palette seen 742 Evergreen Terrace. While the builders painstakingly got each room to closely resemble the source material down to the bay window locations and even the kitchen curtains flecked with puffy ears of corn with the help of a professional set dresser from Hollywood, the zoning board didn’t like how the house stood out from the rest of the block like the sole vegetarian being dragged to a group outing at a steakhouse.

They’re just no fun at all. Not one iota of originality in their bloodless bodies housing soulless bones. You can’t paint the home your busted your ass to buy (or won by chance, in this case) the same shade of purple as the mushrooms you can find in the mines in Stardew Valley? Yeah, resale value is a concern down the line if you think you’re going to sell at some point and don’t have any kids or other relatives to pass the home down to. But the zoning board is concerned about keeping property values high and think your 1990s cartoon homage will ruin it for everyone else who wants something from the cookie-cutter, and if those property values aren’t high, how else are you going to get taxed out the ass for occupying your home?

Welcome to the American Dream, everyone!

Are We Recognizing That Nostalgia is Deadly? 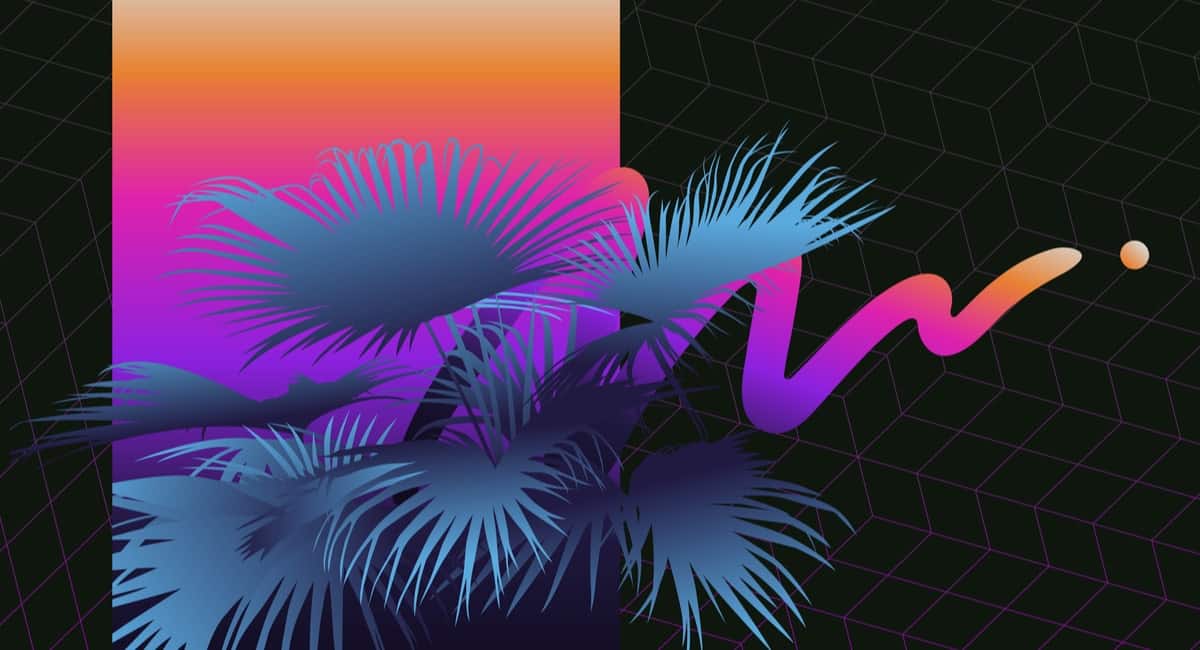 I mean, vaporwave aesthetic today is like what disco nights were in the 1990s among the DINK and SINK sets who still hit the clubs in their thirties and forties. Making your place look like the interior of a nightclub is more common with the subcultural among us, but given the low rates of homeownership among Millennials as a whole, we’re not 100% there yet at going for that goth club look or recreating the interiors from the cartoons we grew up with.

But I think that perhaps we’re recognizing that too much nostalgia can be a bad thing, and prefer to keep it confined to pop-ups where they’re meant to be temporary. You enjoy it for a little while, live vicariously for a day or two, then come back to the present. Even if we’re not looking for that sleek, ultra-modern decor or what decorators of the 90s thought the 2020s would look like, I don’t think we’re using it like a drug as much as the Boomers have.

Though among the American Millennials who could be inheriting homes in the next decade or two, I think we’ve all agreed that if you see an earth tone crockery set or brown couch, kill it with fire. No macrame shall pass this threshold! IT’S 2020, LET US HAVE OUR OWN THINGS!