It seems as if we’re currently being governed by 80s movie villains, I figured there was no better time than ever to delve into an odd furniture trend of the past that I found utterly fascinating: what was up with those round beds back then?! 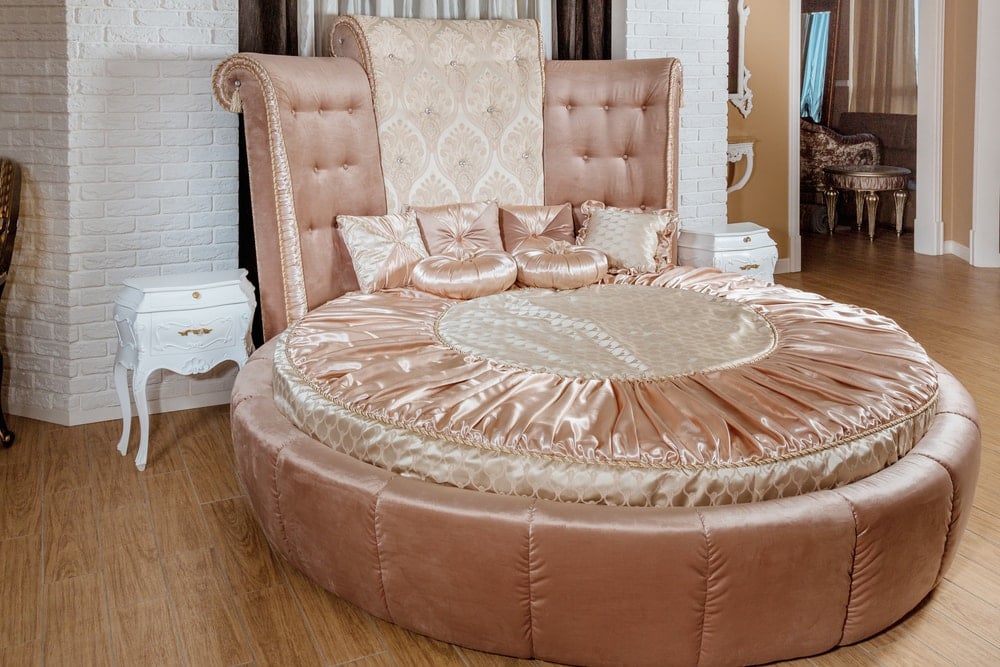 As COVID ravages the world and nation, brutally murdering our immediate and future plans and making us wonder what the new normal will look like, some of us are gravitating to the past.

If not out of comfort, out of familiarity. After all, where we’re going? There’s no roads. Or at least no road map, high speed rail, or any other indication that we’re not just a bunch of confused and angry meatbags hurtling to our deaths at light speed.

Ergo, it seems like as good a time as ever to deep-dive into some furniture and home design trends of yore. 70s conversation pits have been a sizzling Twitter topic for some time now and there’s entire Pinterest boards dedicated to the sweaty and stickle foible that was inflatable furniture of the 90s. So hey, I’ll be covering those soon too!

But because it seems as if we’re currently being governed by 80s movie villains, I figured there was no better time than ever to delve into an odd furniture trend of the past that I found utterly fascinating: what was up with those round beds back then?!

Round Beds Were Synonymous with Swinging Bachelors 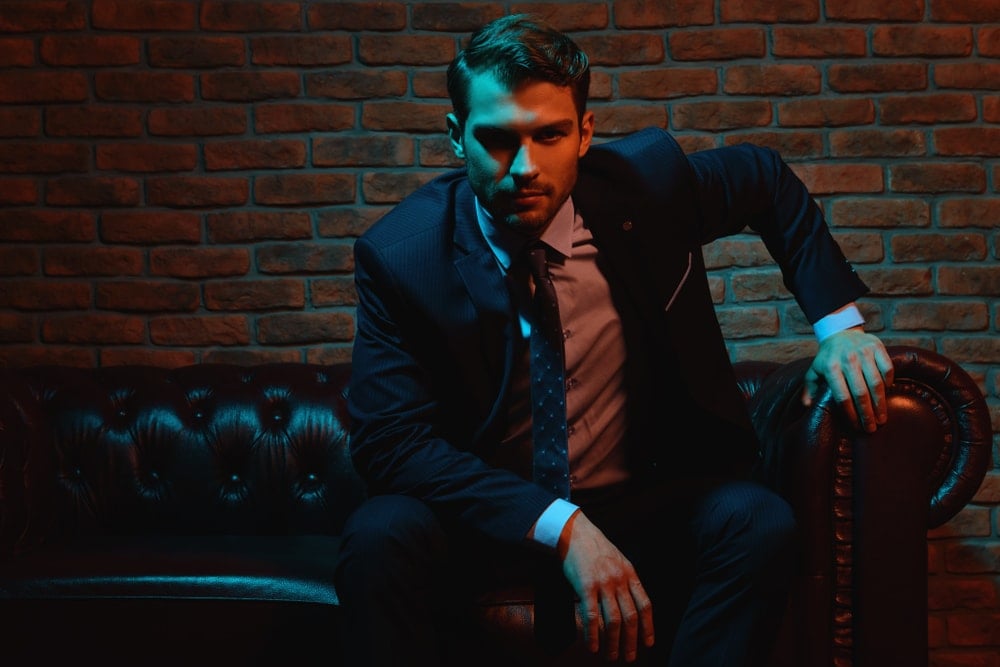 Apparently, so were Chesterfield sofas, which have remained pretty timeless. Well, timelessly ugly when placed in the wrong setting, that is!

See also  What is a Tuxedo Sofa?

But design trends have a way of resurfacing throughout time, and generations nostalgic for the past oft bring old concepts back with a new twist. Think about how everything became neon between 2008-2011 or so, with peplum skirts, leg warmers, and other 80s silhouettes making a comeback– but if you were around then or just look at photos of the era? Things were actually more pastel or jewel tone, neon didn’t really get liberally used until 1988 then it became more of a 90s bag. It doesn’t quite look like a lot of synthwave iconography makes it out to be. Jewel tones and pastels ruled fashion, interior design had a lot of carryover from the 1970s and 60s but newer homes had black appliances and dark cabinets.

The same was true of round beds. They got re-imagined in the 80s when their first major emergence in recent memory was actually in the 1960s. This 1988 SPIN interview with David Lee Roth has a paragraph where he enthusiastically describes Hugh Hefner’s round bed in the Playboy mansion. Hefner’s version was an over the top crashpad unsurprising for a wealthy media magnate of the time, that rotated and had a stereo console and wet bar.

Well, nowadays you don’t need to be rich and famous to have a technologically-advanced bed. The gaming bed arrived, and it won’t be long before we see queen and king versions of it much less round versions to really do up that vapor aesthetic! And as the Internet of Shit has repeatedly shown us, you can put a microchip in almost anything these days.

But this image of the round bed as some kind of swinging bachelor accessory persisted well after the 80s were over, and we were in that dark chapter of the 90s when people pretended it was the 1960s again and good god MY ENTIRE GENERATION JUST WANTS TO MOVE FORWARD ALREADY. We’re tired of living in this time flux! There was that scene in Austin Powers where his re-imagining of the swinging 60s in London included a rotating bed just like Hugh Hefner’s, and it was one of those things that was regarded as a quirky novelty rather than an aesthetic that would really take off. Unlike how say, people suddenly wanted hamburger phones after seeing one in Juno about a decade later.

After all, while round beds look cool and the rotating aspect (which is more affordable today) would be great for meditative or chronic pain purposes? It must be a pain in the ass trying to find sheets for them. You need at least two people or really long arms to change the sheets on a king size bed, and you’re either going to bunch up a king sheet on a round mattress or have to buy specially-made sheets that cost far more.

But come the 80s, things were about decadence more than practicality.

But at Some Point, Round Beds Became a Hallmark of 80s Villains 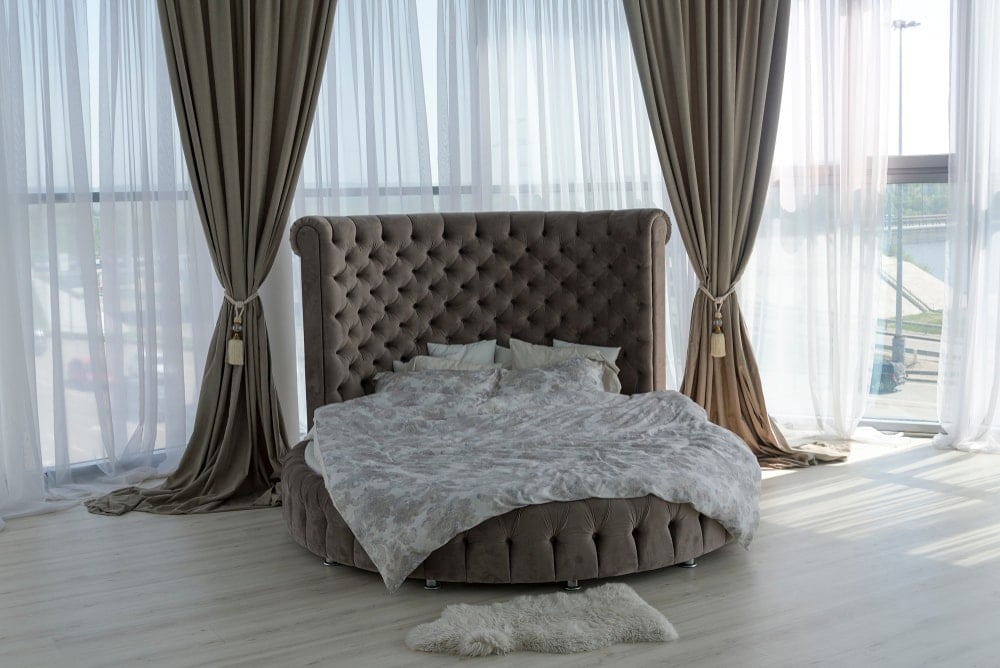 While still not as ubiquitous in most people’s bedrooms as media of the day would have you believe, round beds suddenly made more appearances in movies. Especially when it came to the set dressers depicting unsympathetic wealthy characters or villains.

See also  37 Types of Chairs for Your Home Explained

Lavish Manhattan penthouses would have a round bed that more realistic studios and cramped 1-bedroom units wouldn’t have. Speaking as a New Yorker who’s a veteran of our tiny apartments that people fight to the death to live in and has worked in some variety of digital media for quite a while now, virtually every New York apartment you see on TV or in the movies is shot on a sound stage. Exterior shots are likely to be near a real building outdoors, but there’s no way you can fit an entire crew and all the equipment in your average bedroom here. Let alone all of them plus a ludicrously enormous round bed fit for a Gordon Gekko type.

While stuck at home during lockdown, I perused YouTube’s selection of free movies and stumbled across She-Devil, which was panned when it came out but is probably due for cult status now like Mommie Dearest.

It’s pretty ambiguous actually as to whether Mary Fisher is a villain, she certainly doesn’t seem that way towards the end of the film, but sure enough? There’s a huge, opulent round bed with Art Deco motifs in her bedroom. In that pastel pink that was everywhere in the late 80s and early 90s. So whether it’s a forgotten flick you can now catch late at night on cable or any time on YouTube, or more well-known title? Chances are you’ll see round beds or at least round rooms, like Lex Luthor’s lair.

Architectural Digest even agrees that round beds were this ubiquitous 80s symbol of wealthy villains, what with the interior for Body Double containing one along with floor-to-ceiling fish tanks. Interestingly, the other set pieces described in that piece from films of all eras have some kind of round aspect– the round table in Dr. Strangelove, the imposing fixtures in the ceiling in the Bond movies and floor in Diamonds Are Forever— which makes one question if it’s a lighting trick, a matter of set design aesthetic, or using circles to designate evil. When initially, “circle” has happy connotations like friend and professional circles and King Arthur’s round table where the knights were democratically led in a co-op instead of one being at the head of the table.

But somehow, round shapes became synonymous with modernism, which in turn became synonymous with evil. This type of bed in particular would be associated with lotharios whose lovers rotated in and out of the bed, or perhaps serve as symbolism for the villain’s desire to take over the globe. A standard rectangular bed, even a big one with opulent features like a quilted headboard and Egyptian cotton sheets, would be just too relatable and normal. After all, set dressers use bedroom sets, offices, and lairs for environmental storytelling, and somehow, round beds seemed appropriate for retelling tales of free love in the 60s, but took a turn and started depicting an appetite for world dominance in the 80s.

Today, we laugh-sob at the very idea from bunk beds in misery dorms that some housing officials really, truly think is a solution to the housing crisis. 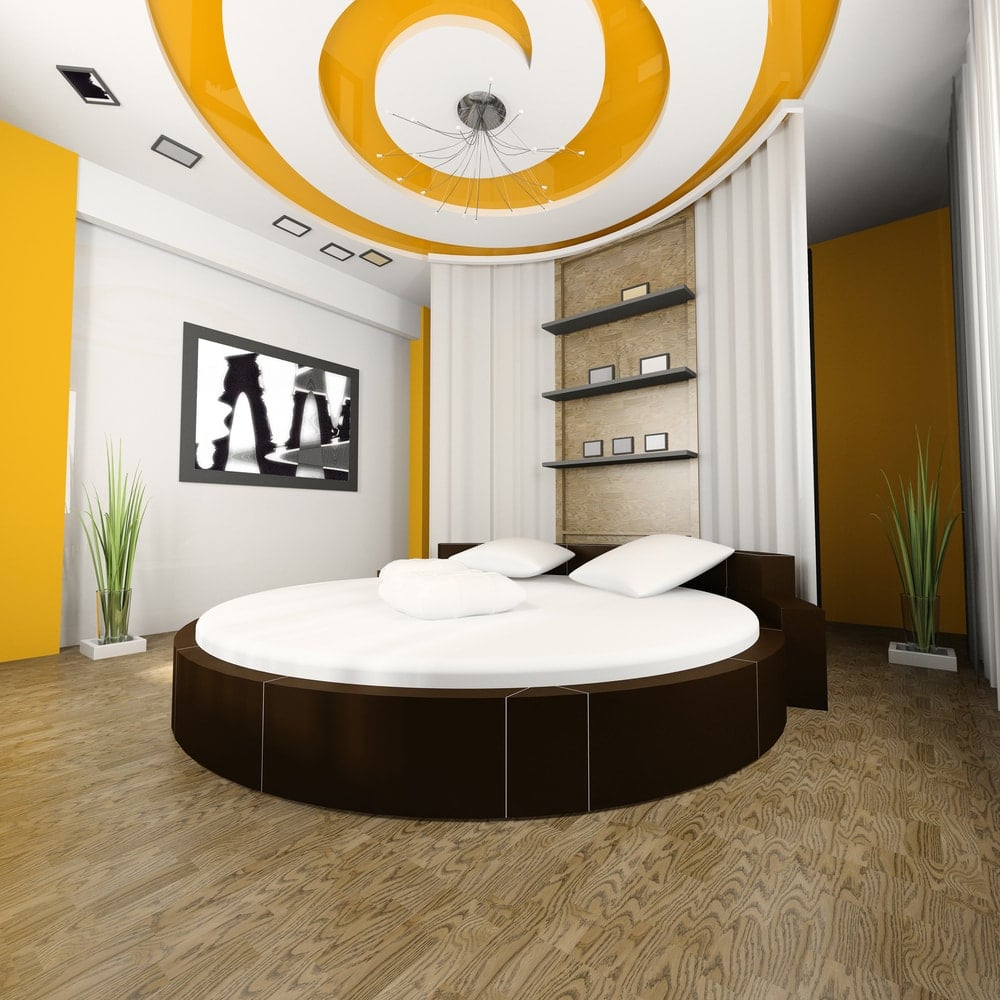 So, round beds didn’t take off at a retail level the way that waterbeds did in the 70s or the inflatable furniture trend in the 90s had. At least the latter two were more affordable and widely available before the advent of online shopping, and easier to fit in your average apartment or suburban bedroom.

While you can probably find more affordable knock-together versions at IKEA and Amazon these days, if you really want to decorate your pad like an 80s movie villain, you’ll have to look to more niche retailers. Cappellini and Poltrona Frau are among the more well-known stockists of round beds if you’ve got several grand to burn. Hey, those villains had big bucks!

See also  Bunk Bed vs. Loft Bed: What's the Difference and Which is Better?

Can’t decide on a standard rectangle you can throw together in a more humble fashion from West Elm or IKEA? Roche Bobois has this interesting ovoid bed of sorts.

Well, if you can’t make up your mind, a Stack Exchange user envisions a totally different world where humanoids weigh about 40 pounds and curl up on sustainably-built round beds similar to the one in Austin Powers. If this is what awaits us after quarantine, I’ll just wait for that giant meteor.