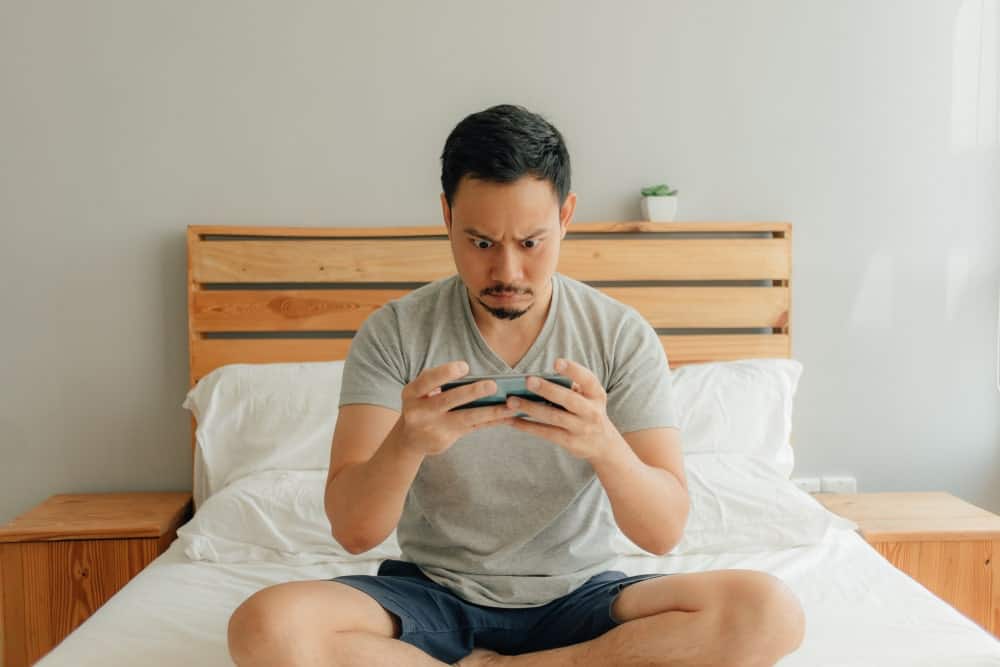 The Japanese have been eons ahead of America in many respects: riding their trains is a dreamscape after living under crumbling American infrastructure all your life. Toilets have SEAT WARMERS! And trumped-up fare evasion charges? Pfft, that doesn’t happen when you have universal systems like Suica cards where you can use them to buy anything from bus fare to groceries and ticket machines that actually work, unlike the MTA machines that gave up on life back in 1995.

Table of Contents Show
Now it goes a step farther with THE GAMING BED.
Not quite, but we will be in due time. This is bound to have a market in America now that it’s gone viral.
The price point is shockingly reasonable.

Now it goes a step farther with THE GAMING BED.

I was first alerted to the gaming bed’s existence when numbly staring at Twitter, as is de riguer for my long bus rides.

Like most people, my jaw dropped. I actually almost said “Holy shit!” out loud, as that was my gut reaction. Gaming culture has some pretty bad PR, and I initially thought “Oh lord, SO many people are going to take this the wrong way. This bed is going to be labeled a bigger public health risk than coronavirus. We’re already seeing references to anti-woman hate groups in that Twitter thread! THIS IS GOING TO MAKE THINGS SO MUCH WORSE.”

Developers like me are in a whole other microcosm from gamers, but we irrevocably share some characteristics. Sometimes things from our world translate well to the normie world, like gaming chairs. Orthopedists love them, as do the people who buy them despite not being avid gamers. In response to the spikes in demand that gaming chairs are experiencing, we’re probably going to see the same ergonomic design with adjustable elements and superior lumbar support, but in more traditional “office” colors instead of the flashy racing-inspired hues and textures meant to be shown off on Twitch streams and esports competitions.

But is the world ready for gaming BEDS?

Not quite, but we will be in due time. This is bound to have a market in America now that it’s gone viral. 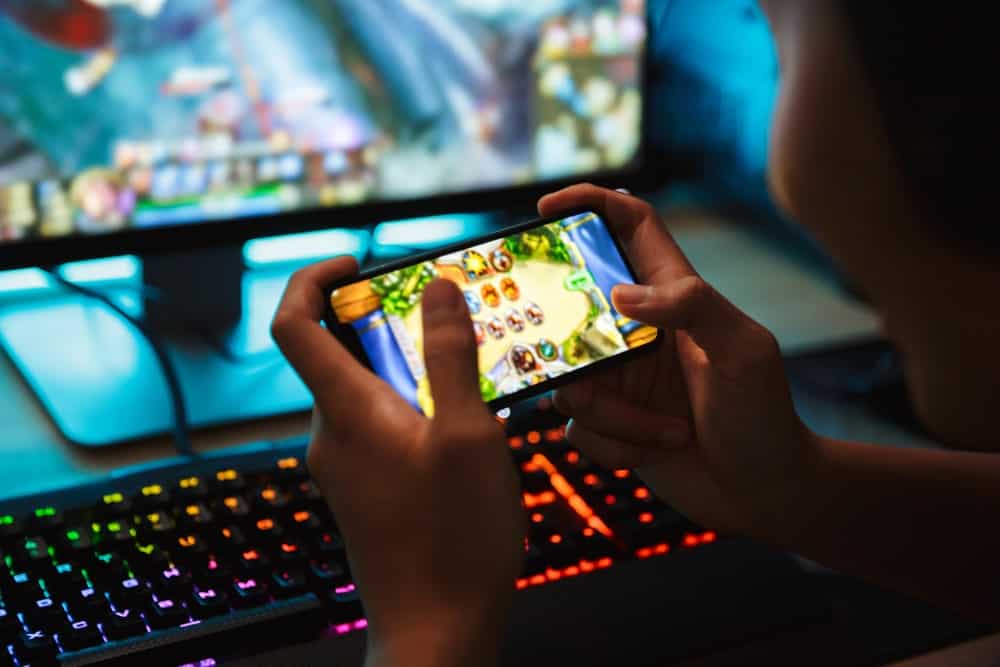 Gaming gear is not only having a major moment in the sun in the 2020s, but it was bound to expand to other furniture beyond desks, chairs, and entertainment centers. First, think about how many small living spaces would benefit from a gaming bed–tiny apartments that can’t fit things like an entertainment center and dedicated desk would be a match made in heaven for a gaming bed. But that doesn’t get reactionary clicks, now does it?

Let’s look at the actual design. According to the designer Bauhutte, which specializes in gaming desks and other gear, their 12 most popular gaming desk setups are based on the constraints of designing for small living spaces throughout Japan. New Yorkers, Angelenos, and the nodes of 12-18 software developers jammed into a 1-bedroom apartment in the Bay Area probably looked at this page and just wet themselves.

Like a Tarantino epic, that page I linked is a slow-acting story that gets you ready for the huge denouement at the end. Good things come to those who wait, and if you made it through the 12 different gaming desk designs…the gaming bed we all screamed about awaits.

From a functionality standpoint, storage furniture is simply your best friend when you live in a small apartment or tiny house. I nod along reading that description as I look at my tiny 1-bedroom condo that’s plentiful space for a girl and her toad, but if anyone else moved in (amphibious or human), it would get stressfully crowded.

So, we actually got TWO models of gaming beds here. The first one is a more lo-fi version of the bed that went viral, in that you have a gaming desk at the foot of the bed with enough room for a monitor, storage for gear like speakers and headphones, and CUPHOLDERS.

Okay…who wouldn’t want cupholders in bed if they were really sick or in a lot of pain? I can’t tell you how much shit I’ve knocked onto the floor because my already-cluttered nightstand was too far from the bed. A cupholder would prevent a lot of annoying spills.

Elevated headboard! It can be hard to get comfortable in bed with a laptop, and this kind of adjustable elevated headboard would make it easier to adjust it to your liking. I’ve tried to lay down in bed with my laptop but find that it strains my shoulders to type laying down, even if propped up by a super-firm pillow. Then there’s a stand to place your phone so you’re not knocking it off the bed during those late night rounds of shitposting. This part is probably the Pandora’s Box part of the design; it would either unleash untold productivity or the kind of troll wars that only Finntroll wrote entire albums about. 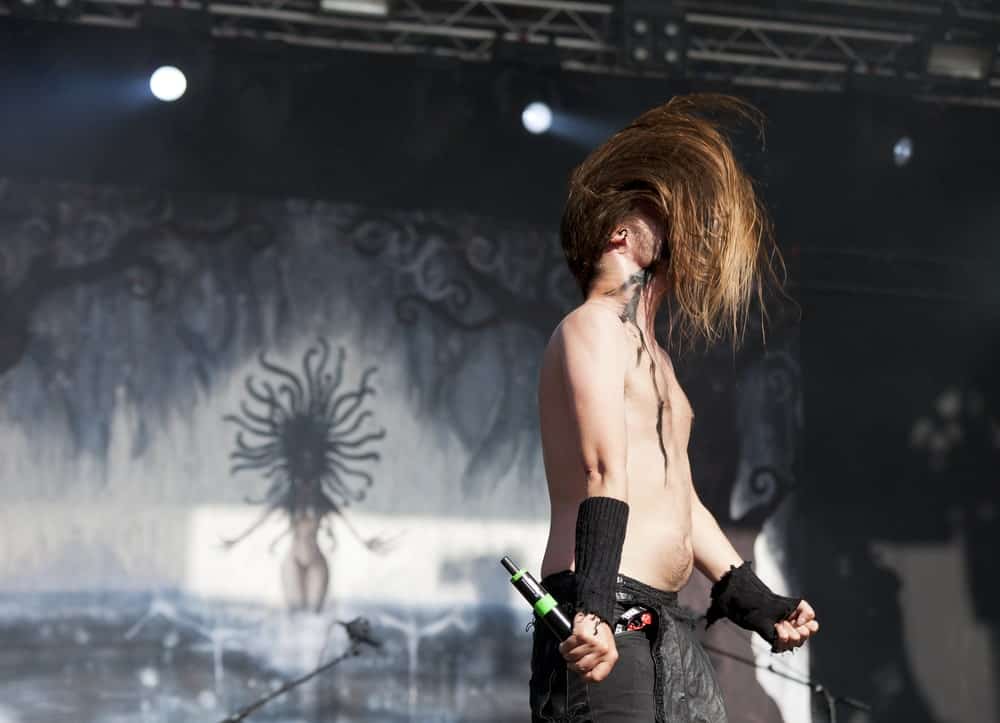 It was time to break up this huge wall of text, and I was looking for a good excuse to randomly put in this epic picture of Finntroll.

So, I’m sold on this somewhat lo-fi gaming bed even though it’s on the small side. I don’t want to get in too deep in here, buuuuut…I’m assuming the manufacturers thought that it wasn’t probable you’d share the bed with someone, so it’s only in twin or full size from the looks of the product listing?

Small dwelling size be damned, having a queen bed to yourself is awesome. If we could upgrade that shit with gaming gear, that only makes it even better!

But the second model is where it starts to go into overkill territory, and what likely gave many people pause.

You got a side table to put a keyboard, which is really nifty, then some wagon racks for storing snacks and drinks. Personally, I feel like all the extra rack placement heightens the feeling of being boxed in, although I see the appeal in being able to reach for snacks easily if you’re not feeling well.

Although you can’t deny that the back pad placement would not only make for a more comfortable entertainment environment, it would also help so many disabled people and chronic pain sufferers communicate and get work done. As someone who has severe executive dysfunction and occasionally-crippling chronic pain, I would buy the living shit out of this bed (the first model, at least). This kind of setup would seriously be life-changing for people with disabilities to be able to comfortably do any kind of office work since it can be easily adjusted and induce far less strain than simply laying in bed with a laptop or tablet. Sometimes when I’ve had bad pain days, I can’t type up nearly as much on a phone or tablet as I can with an actual keyboard and mouse. (Trying to do links by tapping? MAJOR pain in the ass.) A wireless keyboard and mouse with that dual monitor setup would totally be a game-changer.

Nevertheless, some pretty apt observations were made about how the gaming bed was staged!

The price point is shockingly reasonable. 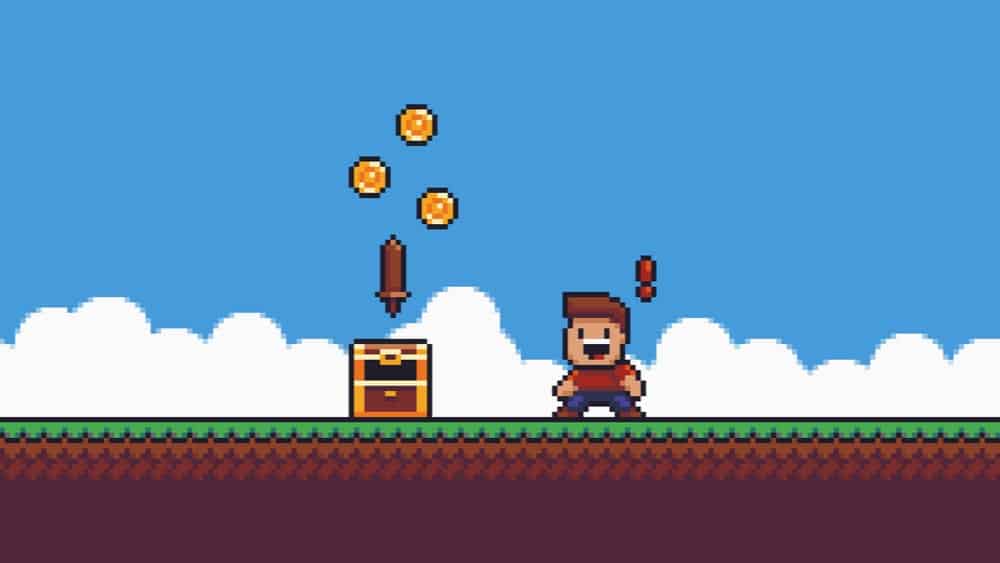 Given that gaming chairs alone can cost at least $500 for a decent mid-range one, and this guide says gaming desks can run anywhere from $300-700, this is VERY reasonable. Hell, I spent at least $700 buying my captain’s bed from IKEA and it doesn’t even have a headboard, let alone any gaming gear attached to it.

Although perhaps it’s a good thing this puppy hasn’t made it to the states yet: Stardew Valley 1.5 is coming out soon and if this thing could fit a queen Casper mattress, you probably won’t see me til the election’s over.