No, Bunk Beds in a Hostel are Not an Affordable Housing Solution - Home Stratosphere Skip to content

There's a housing crisis in many cities and that crisis is unaffordable housing. Think New York City, San Franscisco and other areas in the US and around the world (Vancouver, Canada has a major housing affordability issue). While it's all well and good to suggest high density housing and public housing, let's not get out of control by thiking bunk beds in a hostel is a solution. 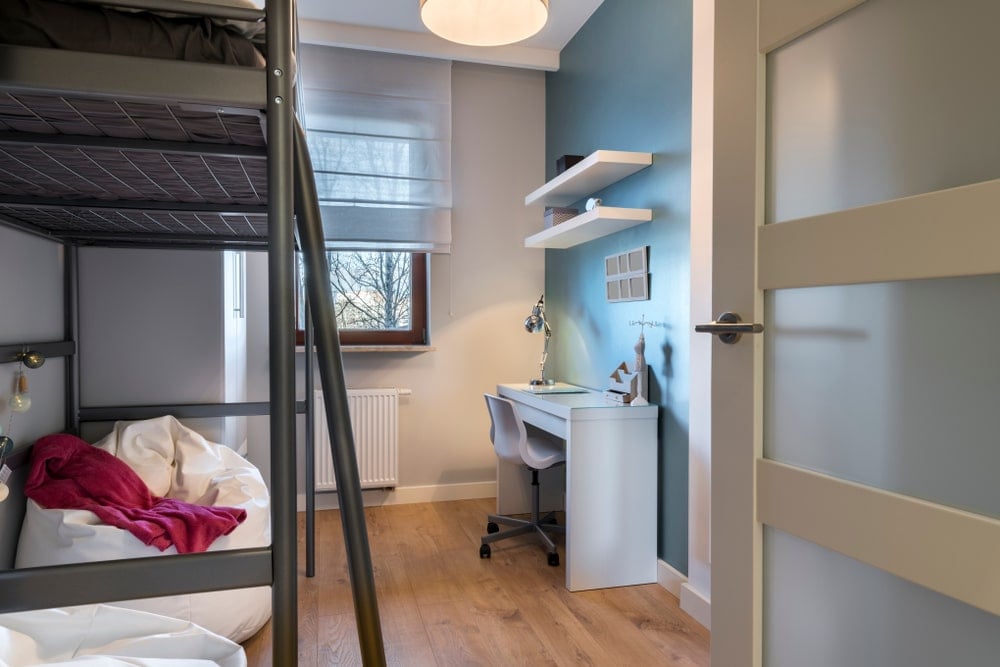 So, as Home Stratosphere’s resident expert on small living spaces and urban life: I have but three, or rather, four, words on this new-ish phenomenon that has been vomit-inducingly referred to as “co-living”.

First, the term “co-living” is pure cringe. It was probably birthed at some startup bro “mindfulness” retreat upon the realization that they’re starting to run out of Bay Area to go “disrupt”. It’s not co-living, my dudes. This is essentially a hostel. A misery form for professionals in their twenties and thirties, except that most dorm setups only put you with one or two roommates instead of an entire slew of strangers bunked together like it’s an upscale parody of a squat.

Podshare is the company offering the misery dorm arrangements that seem to be getting the most press lately, but there are others like Common and lesser-known companies that at least give you an entire bedroom rather than just space in a bunk bed. Based on the photos in that article, this is the kind of thing that elicited gasps of horror when people saw them in Hong Kong and China but it’s now being presented as a “luxury” among the Bay Area’s notorious lack of vacancies and affordable units.

$1,200 in San Francisco per month, or $1,400 in Los Angeles, definitely leaves me aghast. New York is known for high living costs but you can rent a 1-bedroom in my neck of The Bronx for this much. If you’re a diva who insists on living closer to Manhattan, you could easily pay $1,400 to get a roommate in Astoria or perhaps south of Prospect Park in Brooklyn if not uptown itself. And you don’t have to jam yourself into a bunk bed like some twisted parody of summer camp.

Let’s further disseminate this, though. Grab a drink before your podmates (wait, they call them PODESTRIANS? Linguists around the world must be openly weeping by now) go and disrupt your best single-malt.

How the Misery Dorm Works

Basically, the way that the misery dorms work is like this:

So, my first instinct was to recoil in shock and horror. Millions of other people did the same. But I can honestly understand the draw of a few of the misery dorm (I’m sorry, I refuse to use the term “co-living” because it’s just making me want to throw my shoe at whoever came up with it) amenities and structure.

The first being the lack of a lease. 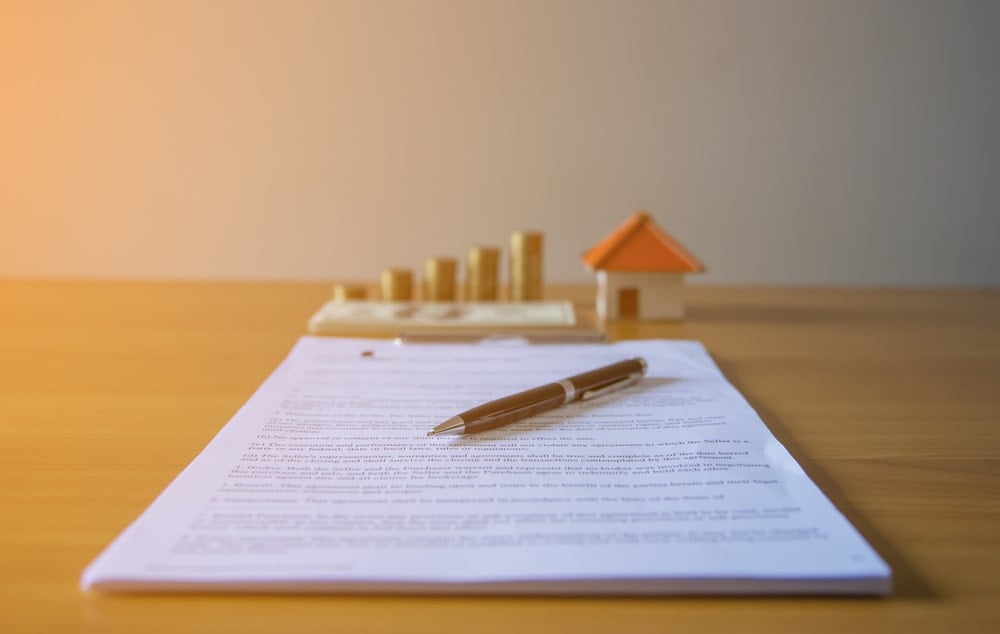 No matter how much the rent is in a new apartment, many people struggle to come up with a security deposit. Some landlords even want two months’ deposit in infamously tight markets like the Bay Area, Los Angeles, and New York. It’s estimated that 25% of renters have difficulty coming up with a security deposit which has led to a whole new ghoulish ilk of startups. Internet and other utilities are also included in your monthly payment, which means having fewer bills to worry about along with the hassle of setup and disconnection upon moving in and out, a major pain in the ass for short-term living situations.

If you don’t know how long you’re going to be in an area and don’t want to take your chances on a sublet that could also require a deposit you can’t afford, you could be in the market for housing that offers more flexibility than a rented home but more permanence than a motel. Poorer people in California tend to live in motels because the required deposits on an apartment are completely out of reach: if it’s $2,600 a month for a 1-bedroom apartment, you do not have $5,200 on hand to get into that apartment right away. Some of the cheaper motels work out to be the same or even cheaper than the misery dorm and with more privacy, though. You can’t really take children or anyone else with you in this setup.

But if you’re unattached and don’t have kids, and want a cleaner but more cramped facility to just stow what you got in a locker, I can see the appeal of the misery dorm as a stepping stone to your own apartment or just a temporary stopgap while you focus on things like finding a job or building your business.

Speaking from experience looking for short-term sublets and temporary housing, it can be an incredibly expensive and stressful prospect. Not having to take furniture with you when you move can be a big relief, ditto for not having to buy or rent it again when you leave. Getting to skip one more exhausting IKEA trip just to have to leave all this shit at the curb anyway? Okay, misery dorm, I’m kind of growing onto you now, especially since the corporate extended stay suite I looked at in LA ran over $4,000 per month for a fully-furnished 1-bedroom apartment and still required a fucking security deposit. For that, I’d just sigh and go back to IKEA and giveth to the curb upon my departure.

On that note, as someone who’s been a blogger/game dev/entrepreneur for a couple of years now, I can absolutely see the appeal of not having to do housekeeping. It’s a huge thorn in one’s side if you are allergic to dust, not very able-bodied, and/or work all the time and it’s just too hard to fit in. If you want to just focus on earning, building your projects, and socializing, it’s pretty damn awesome to have someone else to just take care of the cleaning.

Ditto for communal kitchens. Let’s face it, there’s so much about single life no one ever tells you about. Like why the hell can’t I just buy a small box of spinach for a few things if I don’t plan on making smoothies and needing the whole box? Not every grocery store lets you pluck it from a bulk bin like Whole Foods, so it’s either “buy enough veggies to get you through the goddamn Cold War, in which they will rot before you eat them all” or “NO VEGGIES FOR YOU!”

If you hate cooking and don’t want to store tons of food types and cookware, the misery dorm definitely has an appeal in this department. I have a few things I like to make, but I’m more of a baker than a cook so I love my long stretches of time on the road where I don’t have to worry about meal prep except for what few things fit in my mini-fridge. That month I spent flitting from one West Coast city to another in 2017 was one of the happiest and most productive months I ever had, and there were plenty of veggie-filled meals and a few indulgent ones at every price point imaginable. Not having to go food shopping or making anything more complex than toast and picking a yogurt flavor at the hotel breakfast bar, or a few sandwich fixings while in San Francisco, freed up so much headspace to hustle for new and current clients online and in person.

Then again, I was sleeping in a king or queen bed with a down comforter every night and didn’t have to share said bed a bathroom with anyone. Free breakfast in one out of three hotels was nice, but even when paying for food, having so many options nearby or on the premises worked wonders for my productivity so I can absolutely see the appeal of having a “campus” type setup if you just need to get tons of things done and with this laser focus. 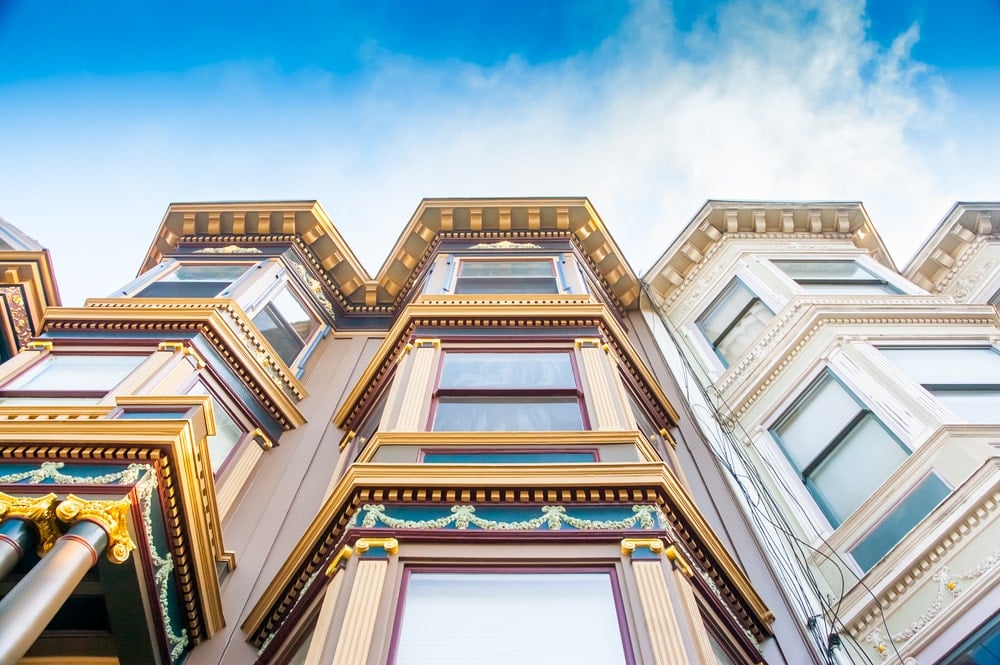 So, herein lies the rub. I’m actually not opposed to the concept of the misery dorm. As someone who makes a living digitally and loves having a laser focus on projects I’m super passionate about, I can even see the appeal of some of the aspects.

Rather, what’s wrong is the way that misery dorms are being presented.

I can see where this kind of setup fits in if you’re in need of something cheap and short-term and you can’t afford a deposit, or the ongoing rent plus potential lease breakage penalties if you end up not needing the place for very long. It’s basically just a cheaper alternative to a hotel or hostel if you’d like to stay longer than a week or two, and don’t really care about having privacy or a ton of space.

I mean, if you’re a busy entrepreneurial type who hates to cook, having a few communal comestibles you can just eat for free hostel-style is a major perk. Better yet, why DON’T apartment buildings full of single professionals and childless couples have communal kitchens? It would be a great way to reduce food waste, share home-cooked meals, and really get to know your neighbors. Especially if you’re not literally sleeping on top of them, just in the apartment above or next to them.

While the absence of a lease also means the absence of overpriced security deposits, in triplicate it means that you’re not subject to the same landlord-tenant regulations if companies like Podshare, Common, and sundry are legally seen as though they’re providing a service or hostelry type of accommodations. This means that if there’s renovations or something happening, you can just get thrown out onto the street. If you have to channel things through consumer protection laws rather than tenant protection, do you even have any rights?

I can totally see the need for misery dorms in with the economy and housing policies that we have, rather than what we’re striving for. But they need to stop being presented as a solution to the affordable housing crisis. When even the City Comptroller of LA is presenting them as a SOLUTION, we’ve got a problem the City sure as hell is not fixing.

No. We don’t need more misery dorms, we need cost controls on housing. We need to get people living in those glass luxury condos to actually live in them instead of just using them as banks, or give them to the people who will actually live in them. We need smarter home design for urban living as the need for higher-density housing increases and there’s so much talk about “smart cities” but not a peep about actually addressing the communal needs of single people, couples without kids, aging folks, and families and how their lives could be improved from both urban planning and communal amenity standpoints.

Call me when we can buy or rent studio condos that have free Internet, housekeeping, and on-site food. This misery dorm thing ain’t it, chief. 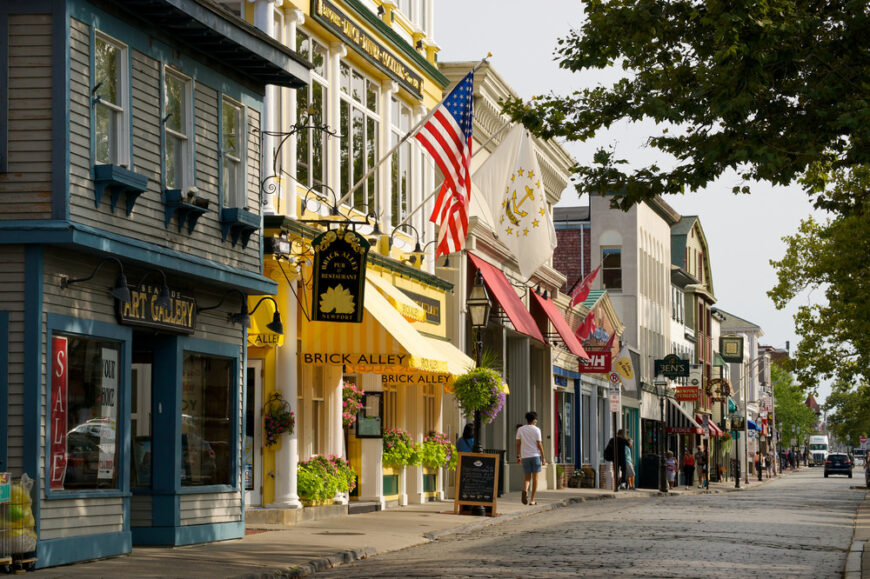 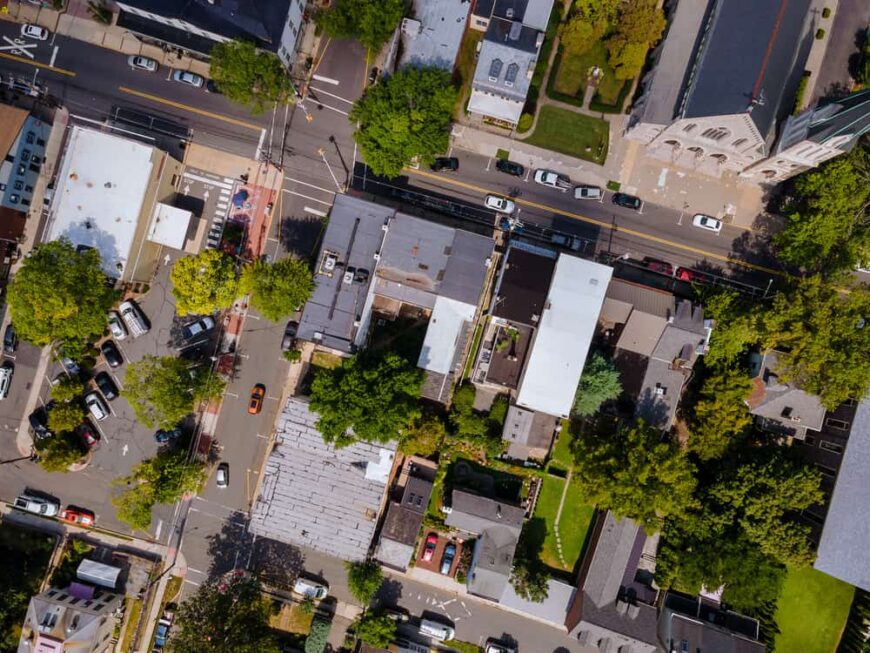 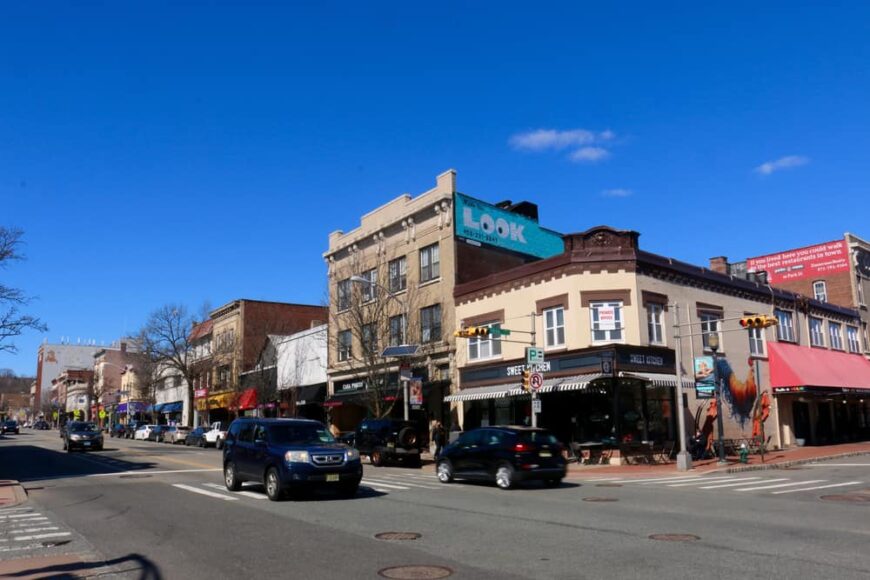 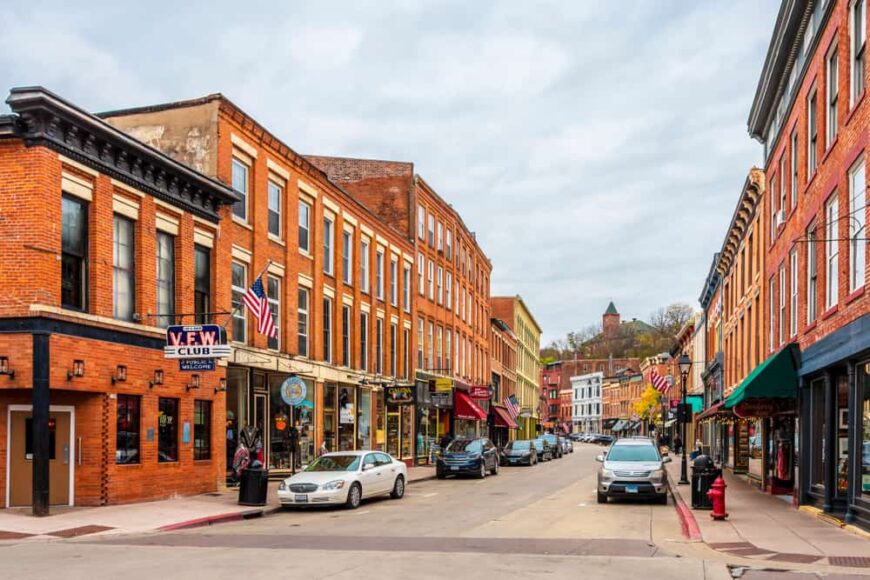