What is a mansion? How big is a mansion? These are weighty questions in the world of homes, especially nice homes. I define mansion, give my opinion as to size, provide a historical context, examine the imposing aspect of it and wrap it up with a discussion of the newly minted term "mega-mansion". 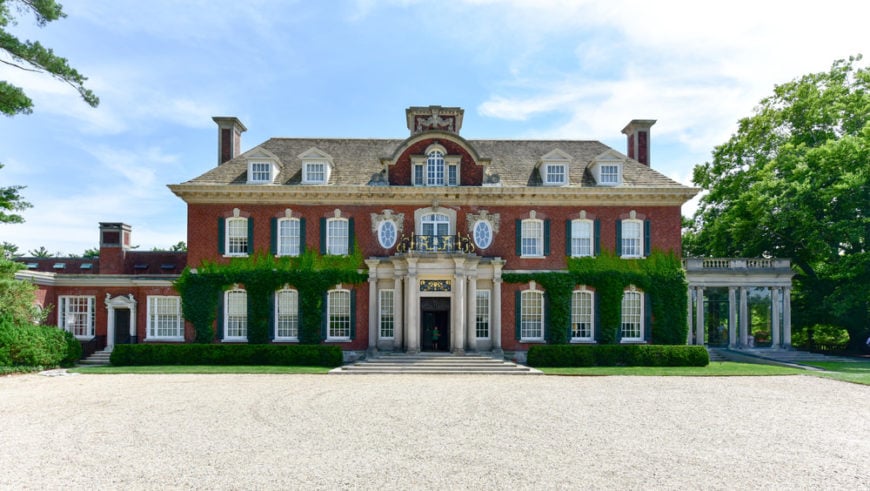 How big is a mansion is like asking how loud is thunder.

We know thunder is loud. Thunder is defined by loudness.

Likewise, a mansion is bigness; big is an inherent attribute of mansion

But, the question remains.

What is a mansion?

We know a mansion is big. It’s synonymous with “big house”.

It’s a good, but broad definition because it includes both “large and “imposing”. In other words, a mansion is not merely a big house. It’s also imposing.

Imposing is defined as “impressive in size, bearing, dignity or grandeur.

There you have it. A mansion is a grand house.

Next, how big is a mansion?

What does Merriam Webster mean when it uses the term “large” in its definition?

Unfortunately, the dictionary doesn’t provide a footnote setting out the square footage when it uses the word “large”.

That leaves it to us to interpret, which I will gladly do.

What I set out below is my opinion as to how big a mansion is.

Mansion: My opinion is that a mansion is a nicely designed home with 7,000 sq. ft.  A ramshackle unimpressive house with 12,000 sq. ft. would not be a mansion in my view. Likewise, I’ve seen many grand houses that are 6,000 sq. ft. that certainly gives the impression of a mansion.

At the end of the day, it really is a personal opinion. What one person considers a mansion another might not.

For example, Cher, who is accustomed to living in spectacularly huge mansions such as this Beverly Hills mansion would likely have a different opinion as to what a large, imposing house is compared to me. After all, I currently live in a regular suburban house with 3,500 sq. ft. which isn’t small but certainly not a house Cher has lived in for many decades (if ever).

In other words, what one considers a mansion is relative.

“Mansion” in a historical context

Another way to approach this question is to examine mansions in a historical context. It’s interesting because, for centuries, mansions were outrageously huge. Think Chateau, palace and manor homes that stretch back hundreds of years. Not to mention castles. 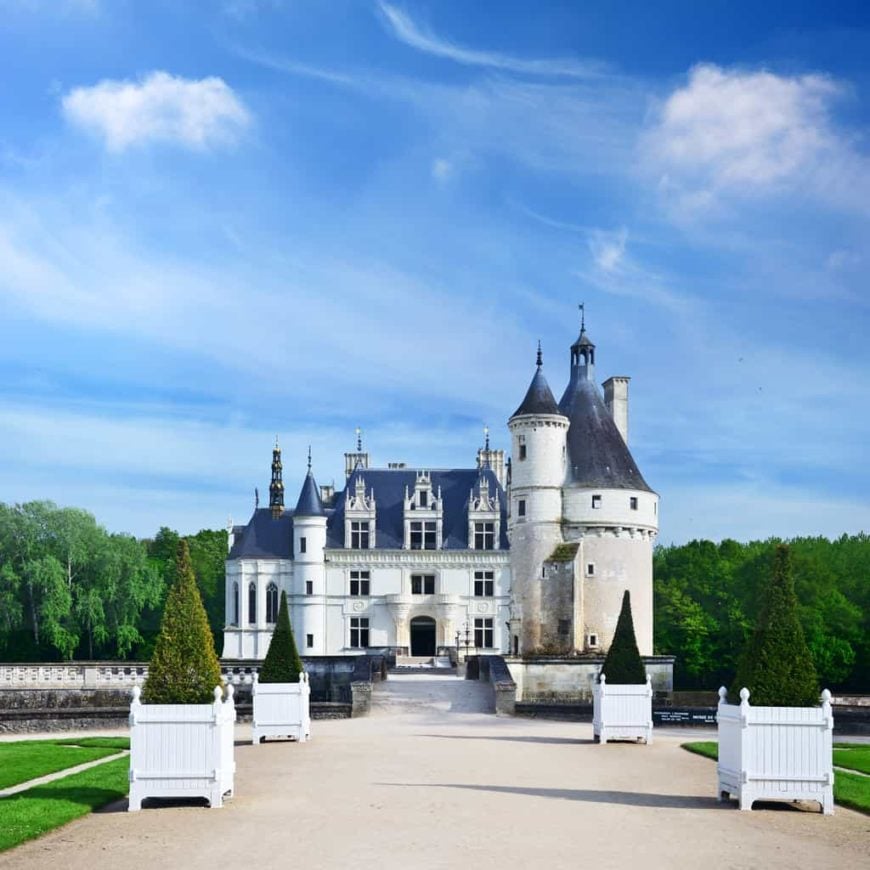 Chateau de Chenonceau is near the small village of Chenonceaux on the River Cher. It was built between 1515 and 1521 by Thomas Bohier, Chamberlain for King Charles VIII of France. Today, the Chateau of Chenonceau is second only to Versailles as the most visited chateau in France. It has an incredible 200,000 sq. ft. of living space.

The wealthy pre-industrial revolution had most of their wealth held in land. They collected rents and produced food and in some cases, goods that were sold. Because few were of this class, they owned vast estates that made them incredibly wealthy in relation to the rest of the population.

Then came the industrial revolution in the 19th century that created fortunes surpassing those of the aristocratic landowners many times over. Think coal, oil, steel, railroads, the rapid growth of corporations, etc. These “robber barons” became wealthier than anyone in history. 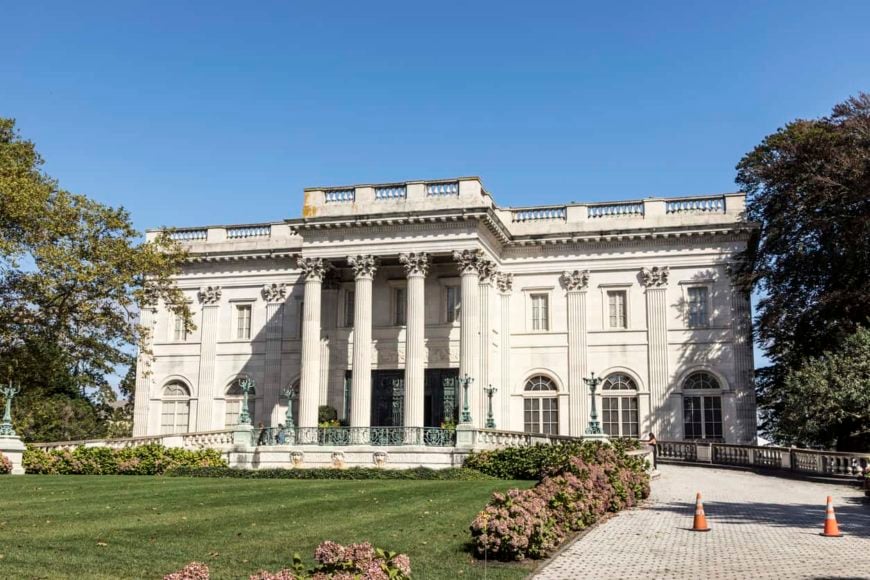 Newport, RI: Exterior view of the historic Marble House in Newport, Rhode Island. This former Vanderbilt Mansion is now a tourist attraction. This house has 50 rooms.

The industrial revolution also changed where folks lived. Many left the rural estates for better-paying jobs in cities and mines. This in turn, increased wages that had to be paid to workers on the estates ultimately chipping away at the landowners’ wealth.

By World War I the aristocracy’s power and wealth dwindled and continued losing grip on the economy and positions of power through WWII.

Moreover, at the same time, labor reforms came into place that not only slowed the widening wealth gap but reversed it. As wages and worker protections came into play, it became impossible for many landowners to pay for the dozens of employees it took to maintain such large houses.

From the end of WWII to the 1990’s the wealth gap was not nearly as pronounced as it’s become since 2000.

That is until the tech revolution in the late 1990’s, which once again changed and is changing the economic landscape. At the same time, many good jobs left the UK, the US, Canada, etc. to China and other lower-cost countries.

The result is the wealth gap starting to widen. It continues to widen to this day.

As the wealth gap widens, fortunes of the few grow to massive amounts relative to the rest of the population. The result is a resurgence in massive houses. Once again rich folk can afford to maintain ludicrously expensive-to-maintain estates.

As wealth grew in the late 1990s, display of ostentatious wealth grew and so folks who want part of that display but can’t really afford it, build “cheap mansions” which took on the demeaning term “McMansion“.

The McMansion is a large house built with cheaper materials. Their lasting impact is the rapid growth in the average size of houses. 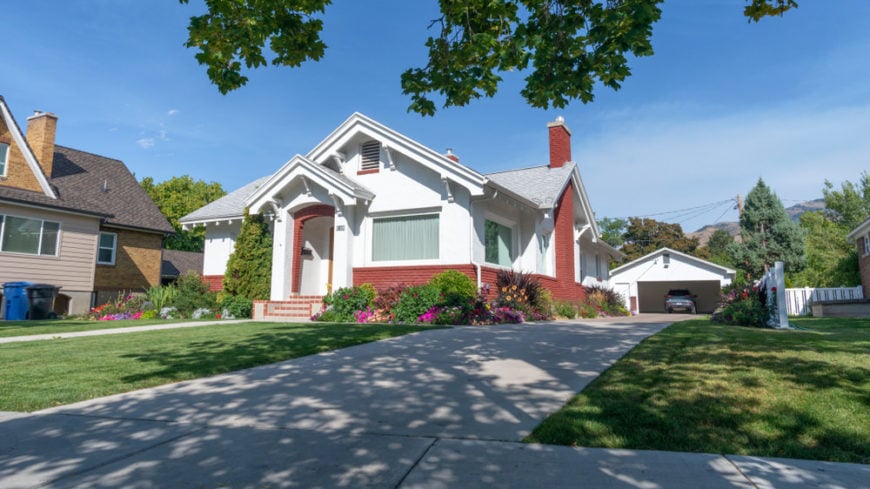 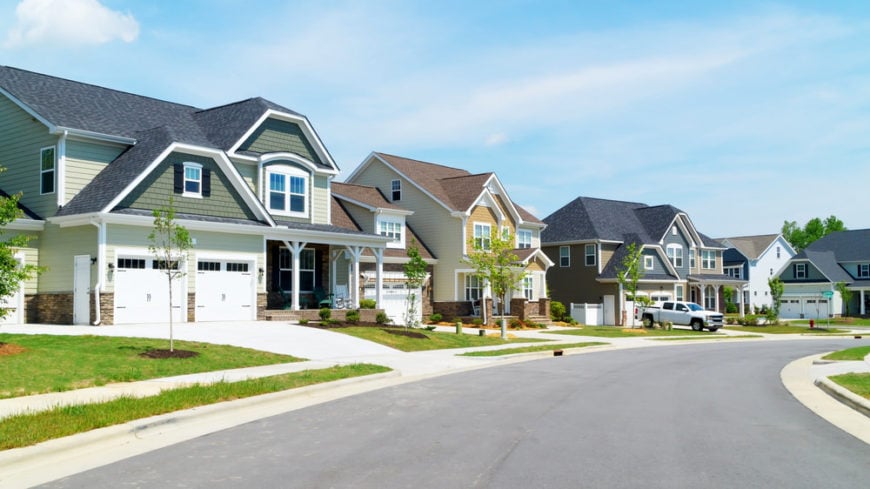 What does average house size have to do with defining a mansion?

It has everything to do with defining a mansion.

A mansion is defined in relation to average house size. Of course, people will disagree as to any precise size, but it’s safe to say that what folks considered a mansion in 1955 is different in 2020.

Another consideration when defining mansion is location.

A 5,000 square foot townhouse in Manhattan is arguably a mansion because it’s unusually large relative to the average dwelling in NYC. The average size of newly built apartments in NYC since the year 2000 is 866 sq. ft. That means a 5,000 sq. ft. townhome is more than 5 times the size of the average dwelling. 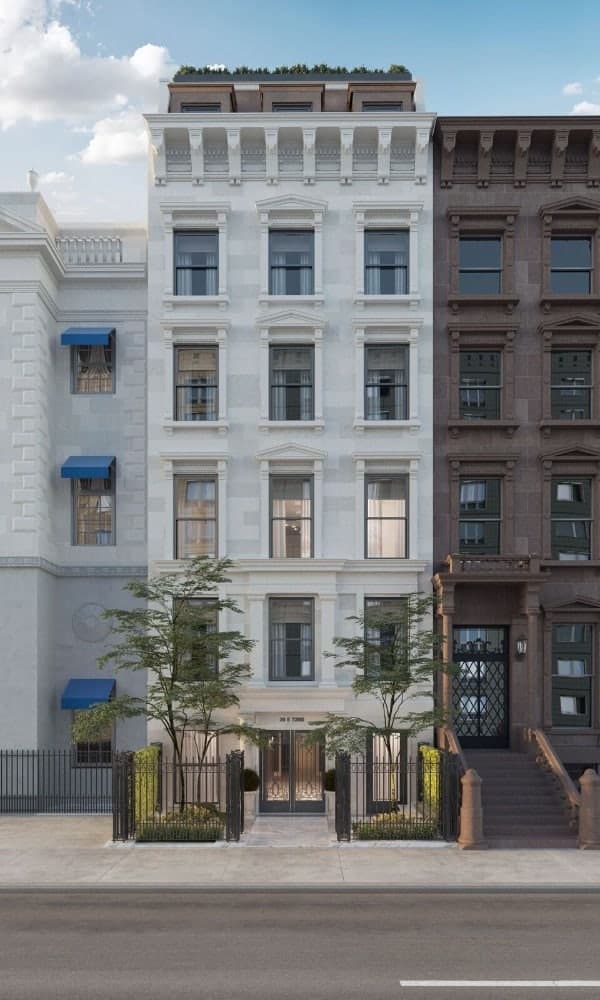 What about the “Imposing” part of the definition?

Again, the term “imposing” is subjective. What I consider imposing others may not.

For example, there are some architectural styles that aren’t imposing at all. 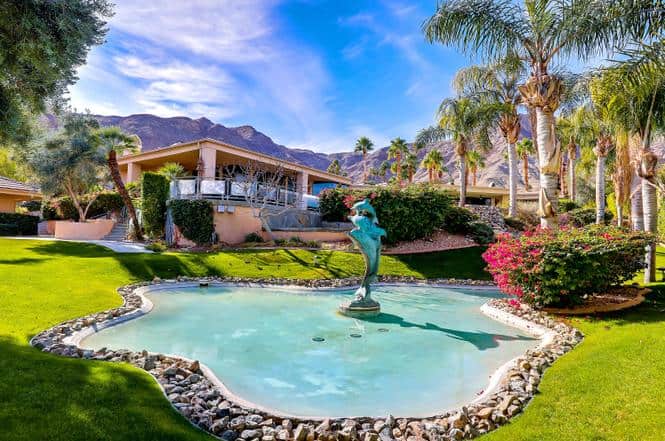 I’m not saying the above isn’t nice. It is. However, the design of the house is more unassuming than other styles.

Contrast the above 9,156 sq. ft. with the following which is considerably smaller, but looks more like a mansion:

However, when you look at an aerial view of the above home, you’ll see it is indeed large because it has a deep design. Check it out: 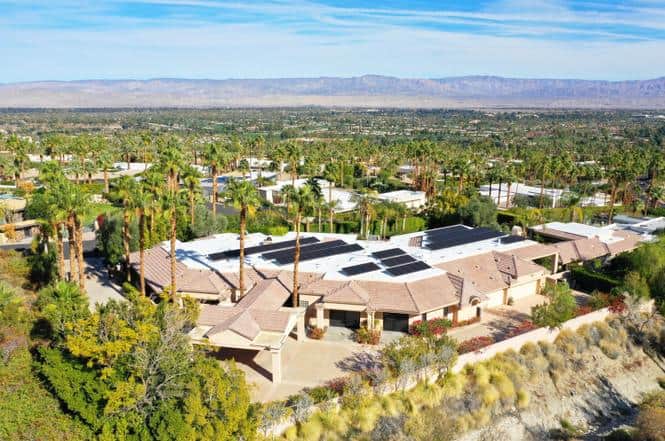 Now, compare the above unassuming mansion with the following house which has considerably fewer square feet: 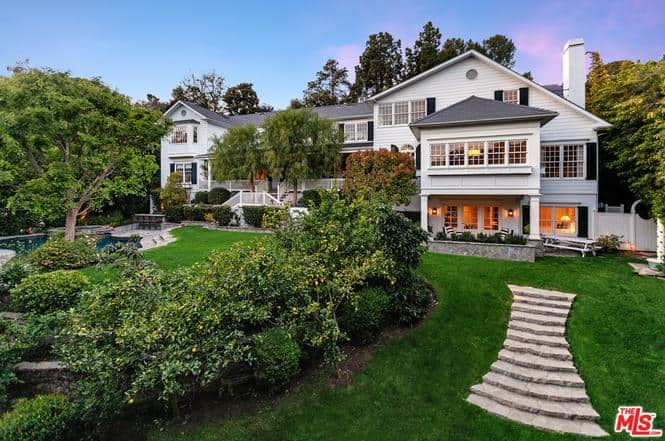 What about a large converted barn coming in at 11,000 sq. ft. Is that a mansion? A barn is hardly imposing. Is it a mansion?

Again, a nicely designed converted barn, IMO is a mansion.

Where I draw the line would be some ramshackle, slapped up, cheap meandering house that may measure 13,000 sq. ft. but is ugly and cheap. This would not be a mansion in my opinion.

Rise of the Mega-Mansion

Mega-mansion is a relatively new term, but that doesn’t mean there haven’t always been mega-mansions. 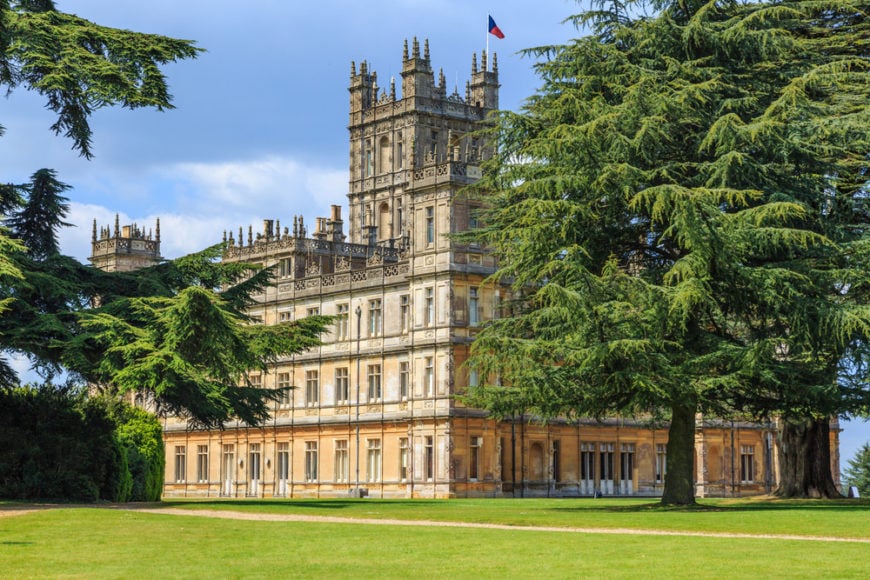 Like mansion, the size of a mega-mansion is up for debate. 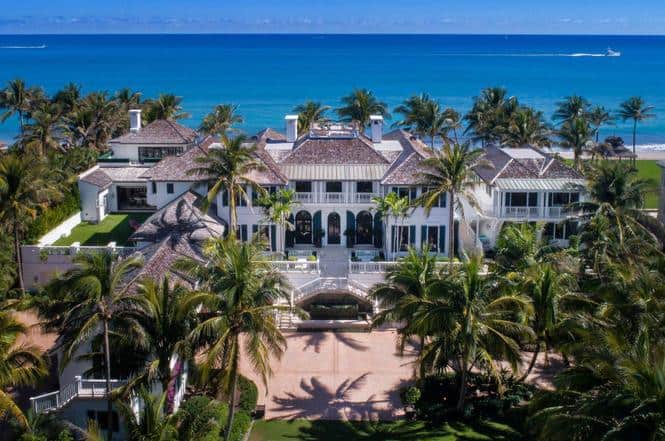 Again, a mega mansion’s definition is relative to other houses. Is it 5X, 7X, 10X the average house?

Arguably 10X is not unreasonable.

After all, we have to give considerable meaning to the word mega? It must be rare; as in very few mansions are mega-mansions otherwise the definition has no teeth. 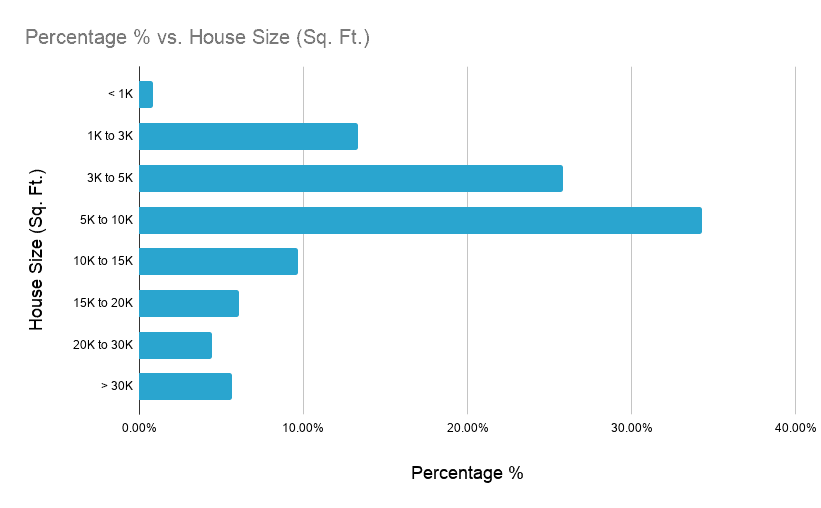 Based on the analysis of 248 celebrity houses.

At the end of the day, a mansion is defined in relation to average houses.

What was considered a mansion in the 1950s is no longer a mansion.

What was imposing 60 years ago may not necessarily be the requisite for what is imposing today given evolving architectural styles.

We know this. A mansion is a house that inspires awe. A mega-mansion makes us exclaim “unbelievable.”