Carmel, Indiana and its immediate environs seem to be one distinct hotspot for the viral Zillow listings that get lots of people incredulous over everything from classic McMansion atrocities, such as enough false dormer windows to cause trypophobia from a distance, to seeing what happens when you cross a cocaine binge with the set design of an Ari Aster film.

Greetings after a long hiatus, Homebodies. I was called elsewhere for a while, plus gearing up for that cross-country move (it’s great to have lots of advance notice when planning one!) and all with the travails of being a first-time home seller (in a freaking pandemic no less!), but I’ve been keeping tabs on the nuclear home content you all love for my eventual return.

As someone who spends way too much time on Twitter, and follows cornerstone accounts like Best of Zillow and Crappy Cheapo Architecture among others, something piqued my curiosity after I noticed a pattern. The intense and rambunctious designs bordering on the insanity seen in the Dr. Phil house or even beyond it were located in many of the same places, with a major concentration in the midwest.

There were some honorable mentions in inland California, Long Island, and Henderson, Nevada. Interestingly, Henderson happens to be home of the infamous Simpsons house, which has been renovated since to look more “normal”, but there’s plenty of other crazy architecture in the suburbs and exurbs of Vegas. Chicagoland, the suburbs of Detroit, and the long stretch of towns between Columbus and Cincinnati also seem to be hotspots for the viral Zillow listings that get lots of people incredulous over everything from classic McMansion atrocities, such as enough false dormer windows to cause trypophobia from a distance, to seeing what happens when you cross a cocaine binge with the set design of an Ari Aster film.

But there’s one distinct hotspot that seemed to come up frequently: Carmel, Indiana and its immediate environs.

I come from the land where you have to beg a bunch of people to let you live in the building, even if you can buy your home in cash. So I don’t have a Midwestern frame of reference here, for better or worse thus I don’t have context for why an absurdly large number crazy mansions exist in Carmel, Indiana. If anyone lives (or came from) in or near Carmel or Indianapolis, I’m curious for your takes on this if you do have that frame of reference.

Because I came across some interesting stuff when I simply searched for “why does carmel indiana have so many weird mansions”!

When Indianapolis Became a Tech Hub of the Midwest

It’s not just Silicon Valley to the west and Silicon Alley to the east anymore. There’s the Tech Triangle in North Carolina, New Yorkers and Californians headed to Texas en masse which is home of SXSW, Chicago’s also got its fair share of tech presence nowadays, but Indianapolis became the tech beacon of the Midwest after Salesforce became a major employer that was headquartered there before expanding into other cities.

Things were going this direction long before COVID began reshaping cities and entire regions, especially once the tech giants started issuing permanent remote work edicts and the establishment of “Zoom towns” in lieu of company towns of olde. But when your money is suddenly worth more in the Midwest than it is on the coasts, and you might not be taking that much of a pay cut? Turns out you can have a metaphorical–if not literal–cocaine binge on 24,000 square feet to build the strangest home you can dream of on lots of land for the same price as a glorified closet in NYC or San Francisco where the chief amenity is that there’s fewer roaches than comparable units, and the building predates women having the right to vote.

This has left the original residents reasonably unhappy.

Speculation and gentrification are tales as old as time, especially in an age where we’re seeing worrisome developments among Millennials whose nerfed incomes being Hoovered by astronomical rents while 3-bedroom ranchers under 1,000 square feet are now going for as much as luxury units in city centers. I can’t speak to the history of Midwest markets here, but there was a time when a house only cost $400,000 in central Jersey if it was this enormous McMansion that could house a football team, playing field included. That is now what a “starter home” built in 1970 that still has that wood age paneling would cost, especially as bidding wars ensued in the pandemic. But please go on about how my generation isn’t having kids as we gleefully sleigh-ride into menopause!

Another tale as old as time is that when you get this influx of wealthier new residents, the demand for housing shifts. It starts to go bigger, bolder, and more batshit crazy in one direction with more luxury units in city centers being built alongside McMansions and mansion mansions in the exurbs and farther reaches, all while rents go up for the same subpar properties going into further deterioration since the people who make their lattes, bag their groceries, and watch their kids still need a place to live.

Hey, you can still get more bang for your buck in the Midwest and southern US than you can in the coastal beacons. Some of us would rather stay in these places despite the expense, others value home-buying far more and see Indiana or Ohio as their only feasible opportunity. But there’s still a finite amount of land to buy up, it has a domino effect, and some just bought literal football-field plots of land to exemplify their tech wealth instead of just another unit in a glass tower that looks like a fishbowl and cooks its inhabitants like a kid putting a magnifying glass up to an ant.

Interestingly, according to that Indy Star piece I linked, local governments in Indiana wanted to use the recession-era housing bust to overhaul homebuilding regulations. This wasn’t just a case of zoning preventing more affordable and/or smaller units from being built, but these regulations specifically put homebuilders at a disadvantage because Carmel and Fishers in particular wanted to move away from the cookie-cutter tract homes of olde.

It wasn’t just wanting to eradicate that sea of gray sameness that was mocked in the opening sequence of Weeds, the county governments wanted to enforce builders to utilize more sustainable building materials, stray from the old plans and work with new architecture types, and completely change the way that the land is laid out, all while more land and homes was being bought with this wave of wealthier Indianapolis residents leaving the city in search of sprawl but still needing to be near their employers.

That sounds great on the surface: we need more sustainably-sourced homes, and while I’m a condo gal who’d prefer the density of Indianapolis over a house in the suburbs, I can speak from years of living in shitty old buildings of NYC that modernized structures are fantastic, but also need plenty of oversight. It’s much easier to skimp on materials with a single-family home than an apartment building.

Builders in Indiana wanted to keep using vinyl, which has been through some revolutions from its heyday in the 1950s and 60s. It doesn’t require as much ongoing maintenance as other materials and even lasts longer. But Carmel and other cities in Hamilton County aren’t too pleased, and demand that builders use brick, masonry, or the Impossible Burger equivalent of wood like HardiePlank, if not some combination of these things, and all these upgrades aren’t cheap.

This move threw a lot of prospective buyers who just wanted your average single-family home completely out of the market, because who can afford all these extra materials? The people who are building these totally outlandish structures in Carmel where they just gave a recent architecture grad an Aphex Twin album, a pound of mushrooms, and a Crate and Barrel catalog and said “Just do your thing while I’m out of town for CES.” They don’t want a 3-bedroom 2-bath home on a quiet little side street, they want to build with the craziest shit imaginable like this.

Is it a castle? The greenhouse merged with the Wizard’s Tower from Stardew Valley? I DON’T KNOW. The interior on that one is relatively tame, it seems like a classic wood-philic Midwest palace. Whereas I’m definitely getting vibes from this place that some Eyes Wide Shut kind of stuff takes place here. The kitchen reminds me of Mordack’s castle in King’s Quest 5. There has to be a spellbook that turns one into a mongoose somewhere around there.

With my curiosity satisfied as to why there was a bizarrely high number of Best of Zillow hits in the Carmel region, a big takeaway is that your local zoning boards and lawmakers have an inordinate amount of power when it comes to what gets built in your area rather than the federal level. Congress could outlaw certain materials, institute price controls on them, or set a minimum square footage requirement for new homes to be built, but it’s ultimately determined at the hyper-local level because every region is just so different and has different housing needs.

Even within NYC for instance, building in The Bronx has a different context than building in Manhattan. You have different degrees of density, protected landmarks, commercial and residential activity, and public and private land and buildings. My borough was hailed as gentrification-proof because so much of our land is owned by the state and city, and Manhattan and Brooklyn were the chief casualties of the post-Guiliani privatization boom.

So if these fever dream style mansions keep cropping up but normal houses are becoming increasingly unaffordable, and you’re not in an area where it’s expected like the coastal cities, it might be a good time to see who’s responsible on your local zoning board! 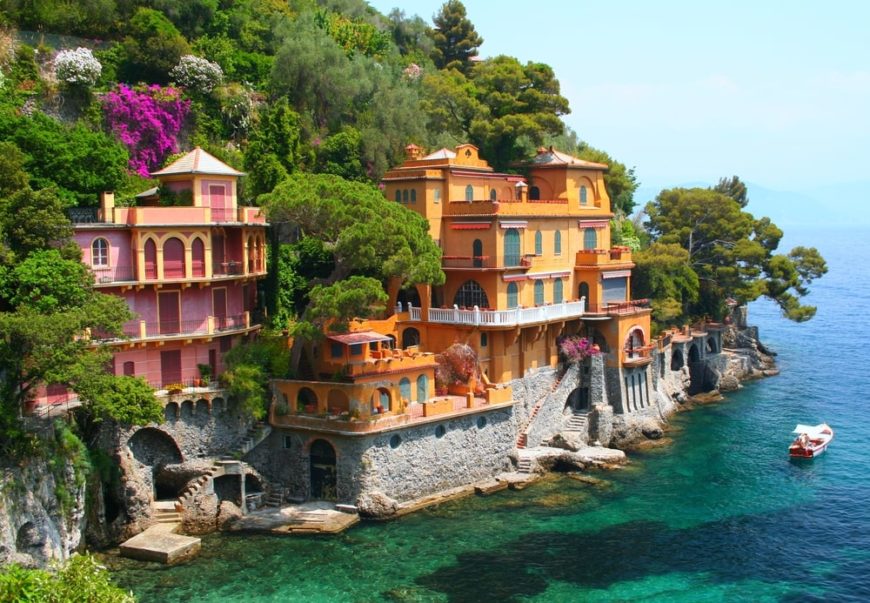 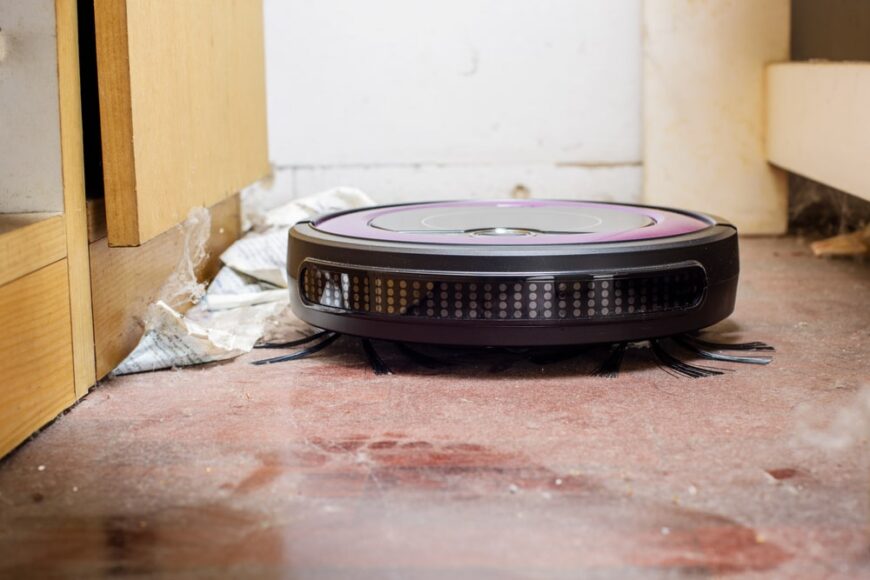 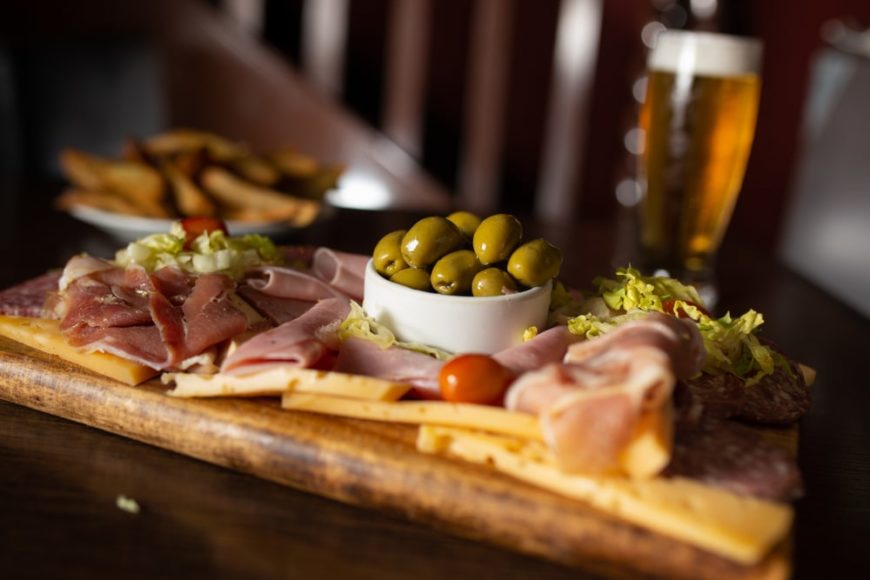 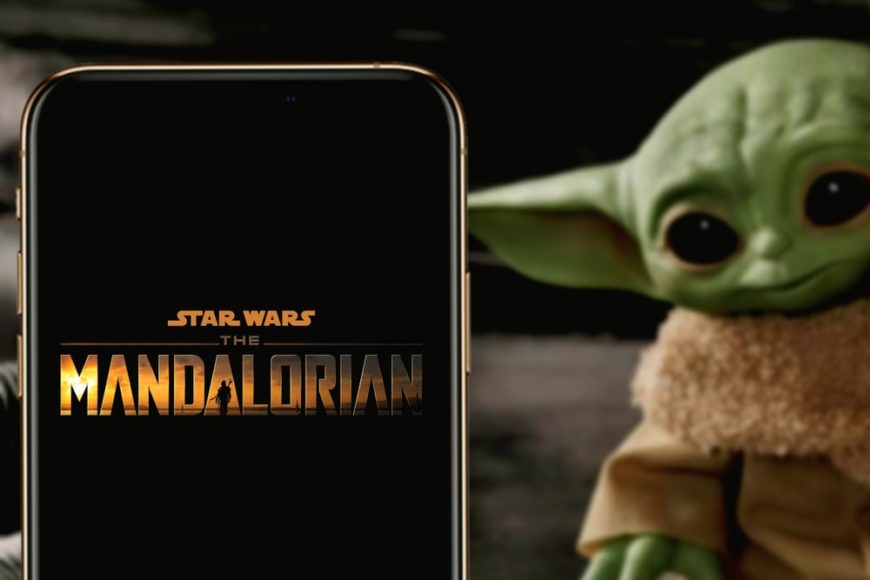