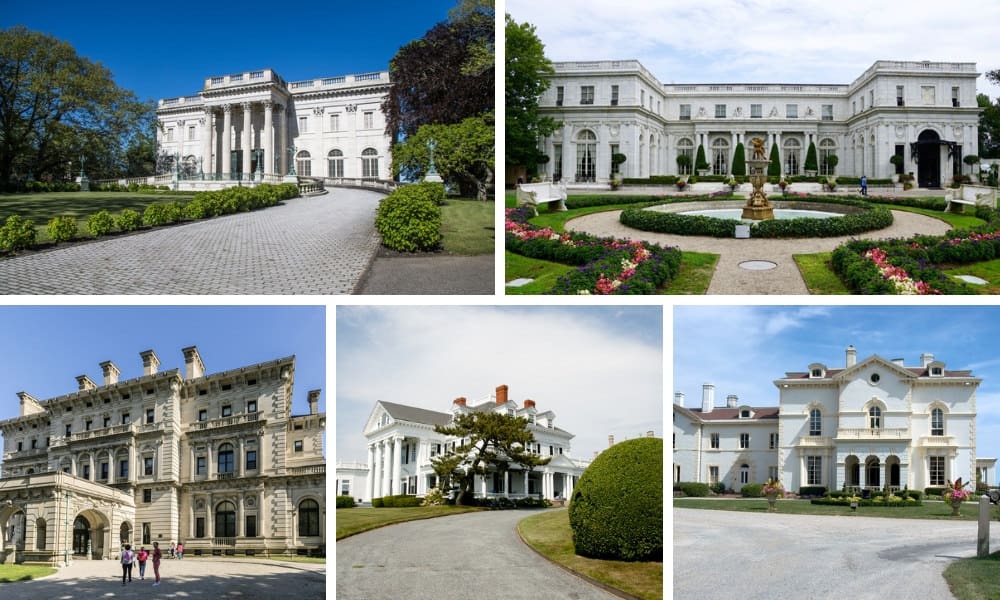 I first learned about the Newport, Rhode Island mansions when I watched the movie “Reversal of Fortune” for the first time in the 1980’s. I loved the movie in part for the architectural eye-candy showcasing these incredible homes. The setting of the movie took place in the Newport home Clarendon Court.

In my early 20’s I visited Newport as a stop on an epic 4 month USA road trip and made my way along Cliff Walk. I was broke, so I couldn’t pay for tours, but I checked out all of these houses along Cliff Walk and via streets throughout Newport. I walked many, many miles.

The first mega mansion quaintly referred to as a cottage to be built in Newport was Marble House by Alva and William Vanderbilt. It was completed in 1892. More gilded age mega mansions quickly followed. Millions upon millions were spent on houses that were used for only 6 weeks of the year. In fact, when you convert the millions spent back then into today’s dollars, more money was spent on those homes than any home built today or sold today. The most expensive Newport mansion was the first one being Marble House costing $11 million ($308 million in 2018).

Before the mansions arrived, Newport was a shipping town founded in 1639. 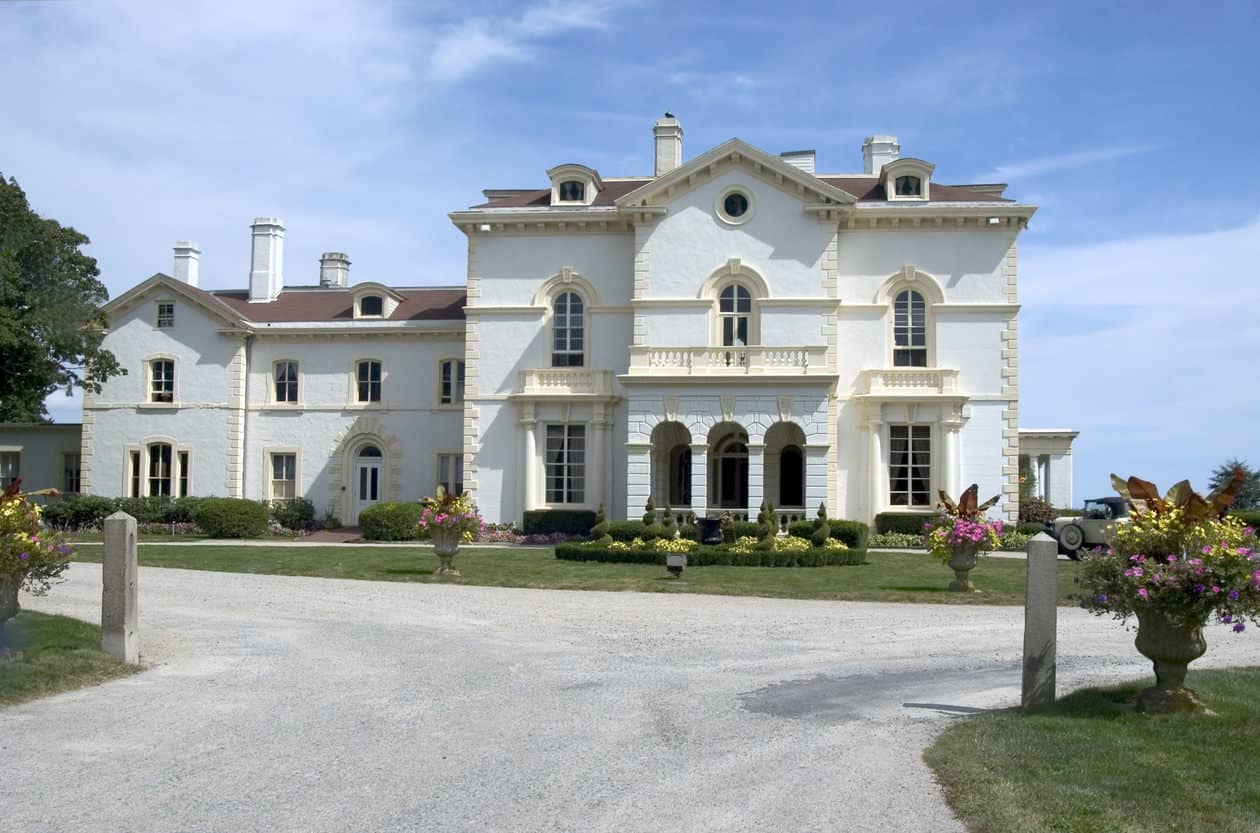 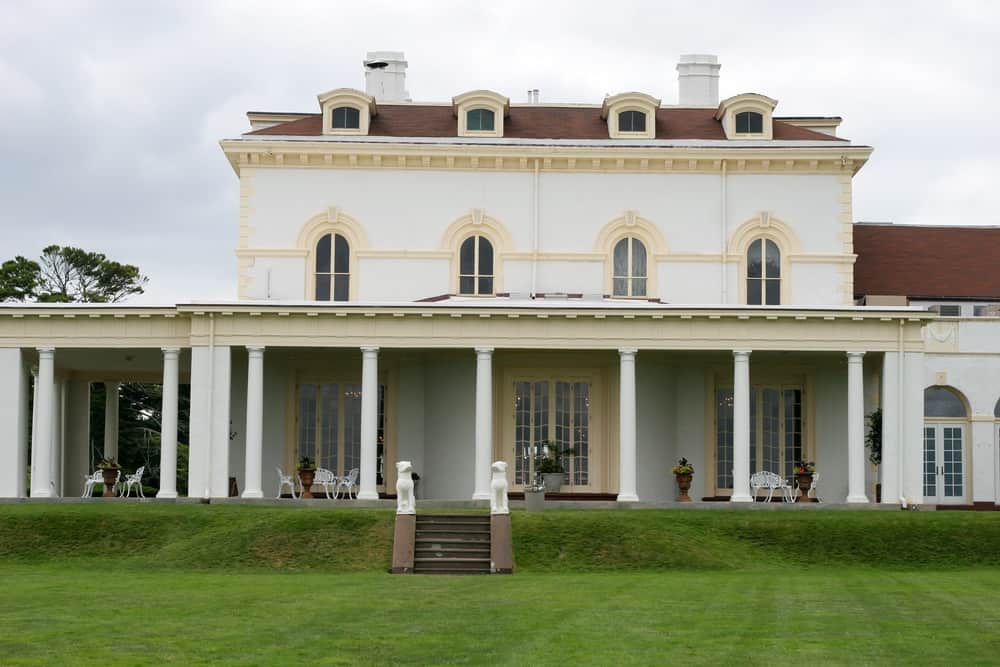 Not the grandest “cottage” in Newport, but I think it’s one of the nicest. I like the simple, solid exterior design and large property.

Beechwood was built in 1851, then renovated from 1888 to 1890 by the Mrs. Astor (married to William Backhouse Astor). It was built pre-gilded age mansions but the Astors expanded it including adding a ballroom that could accommodate the 400. 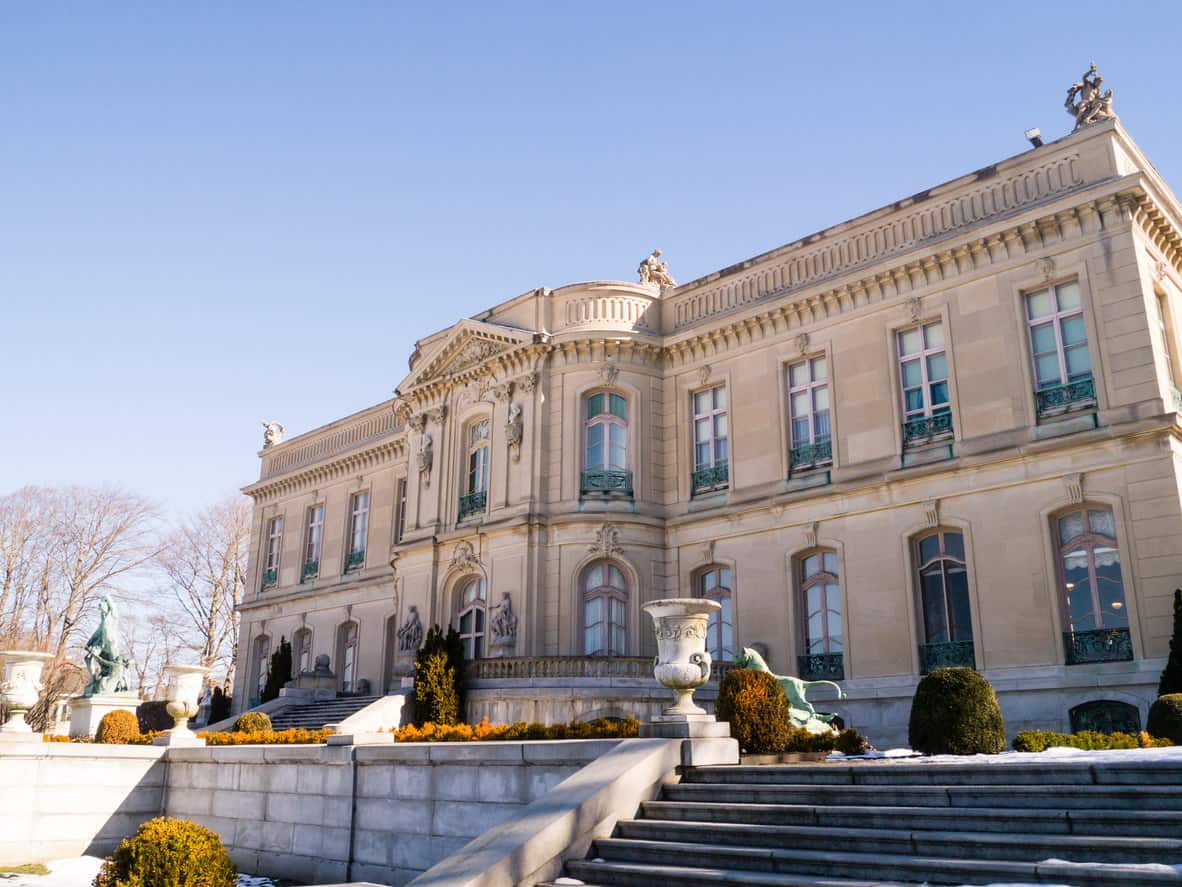 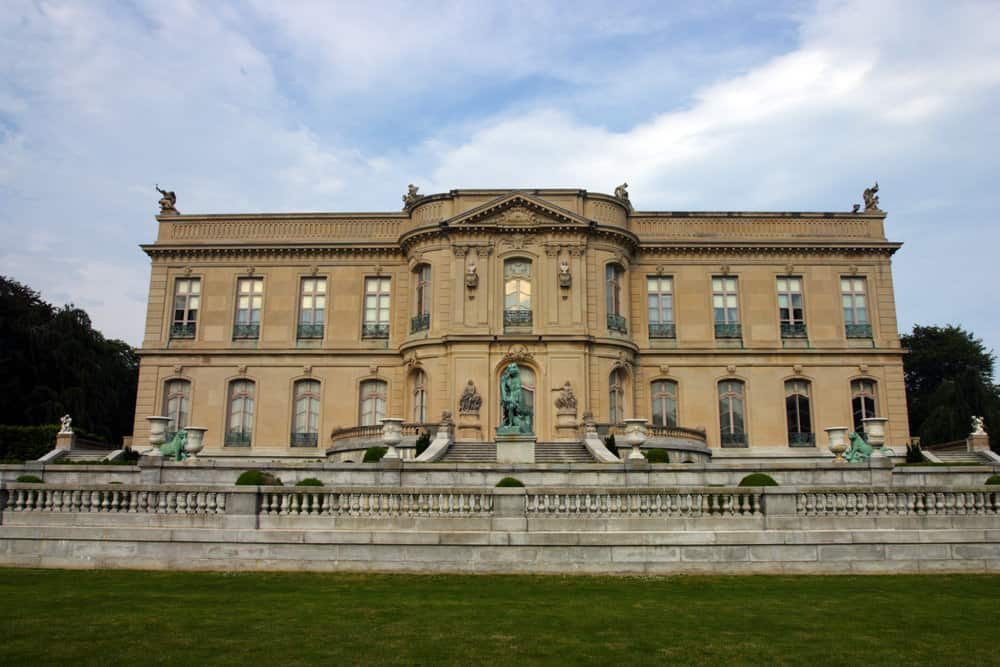 The Elms was built from 1899 to 1901 by the Berwind family costing about $1.5 million. It was one of the first gilded mansions to be fully wired. The Berwinds employed 40 servants to run the estate.

I don’t care much for the design of this home. It’s a bit substantial or gothic for my taste. It looks like a 19th-century government institution. 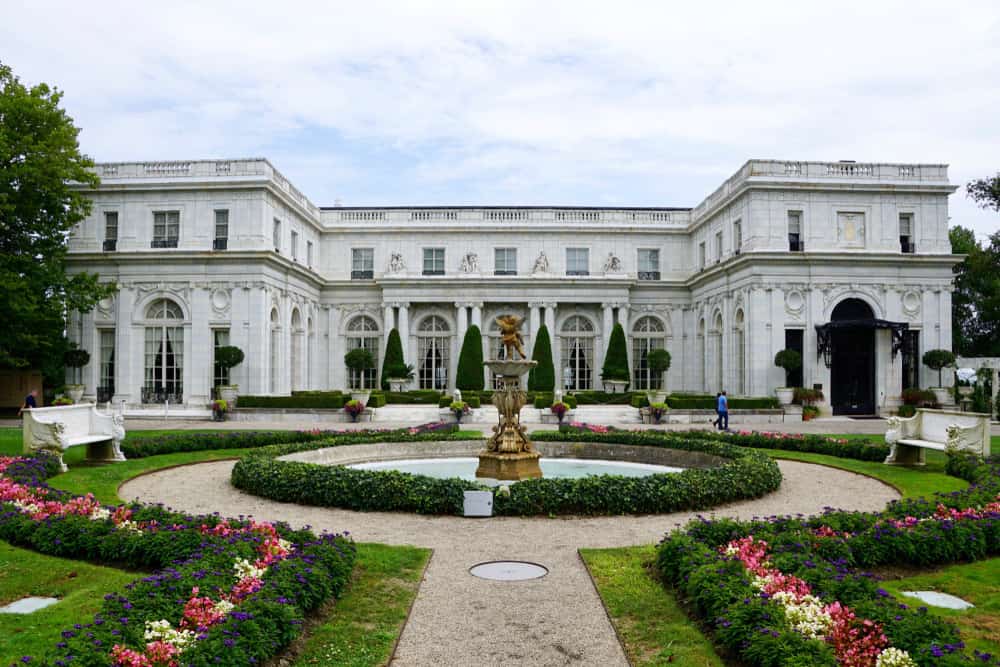 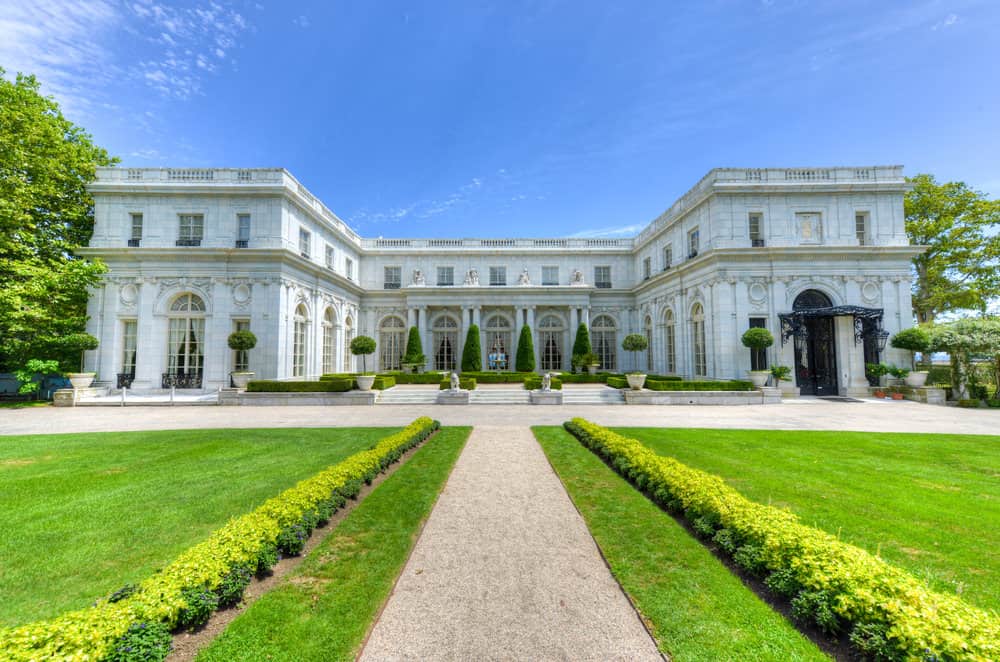 Rosecliff is my favorite Newport mansion. I love the symmetry, courtyard, stark white exterior and ornamentation. It’s a grand mansion that retains some lightness in the design. It’s truly stunning. I do suspect, however, that the interior is far too fussy for my liking. 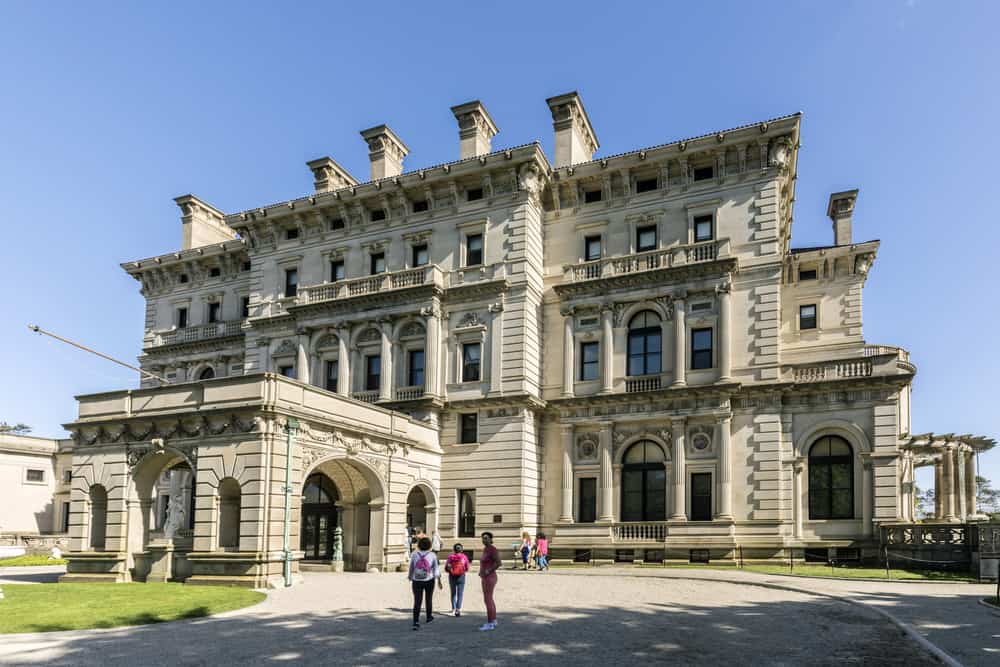 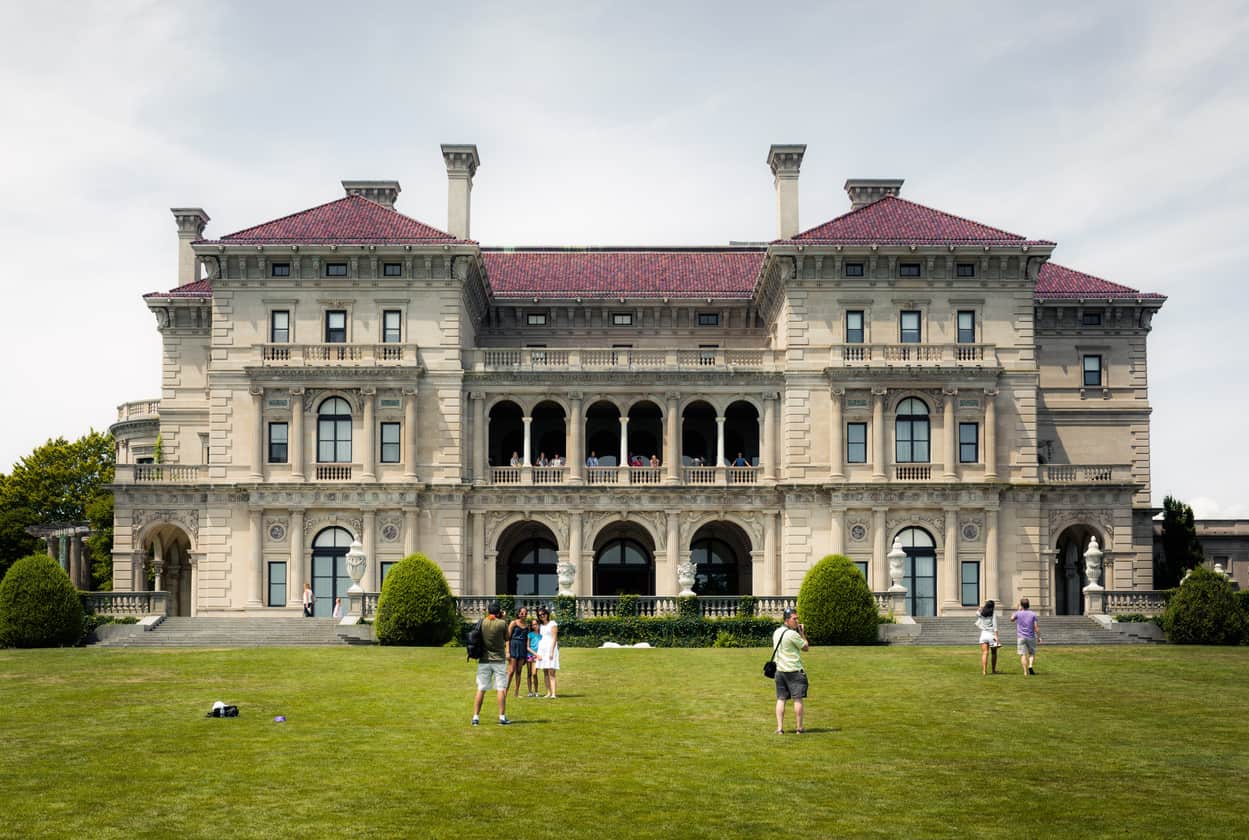 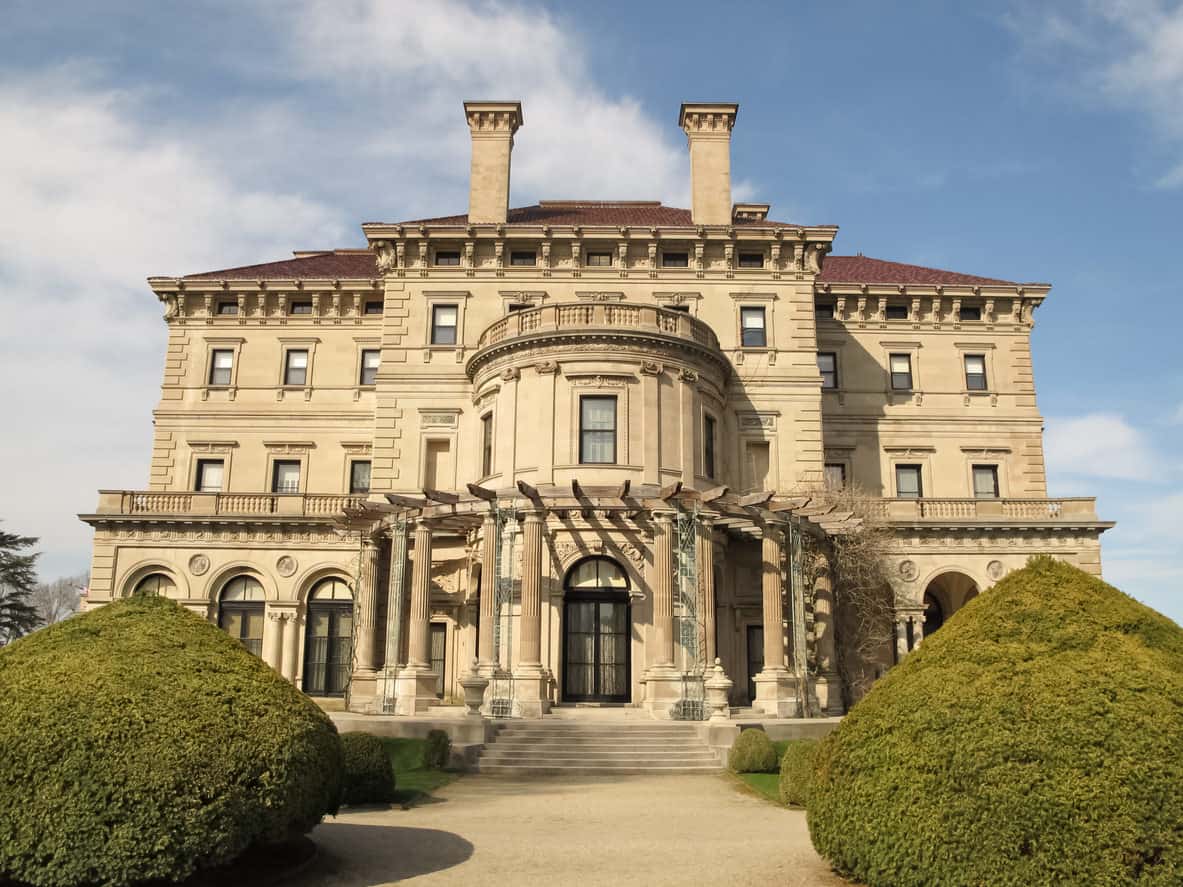 When looking at photos of it for the first time, it’s hard to know which facade is the front because all 4 sides are grand and huge. It’s quite the place.

This fortress-like mansion was built by Cornelius Vanderbilt II in 1893.

Do I like it? It’s hard not to like. I prefer Rosecliff but the Breakers is a beautiful monument to a previous age (i.e. pre-income tax). 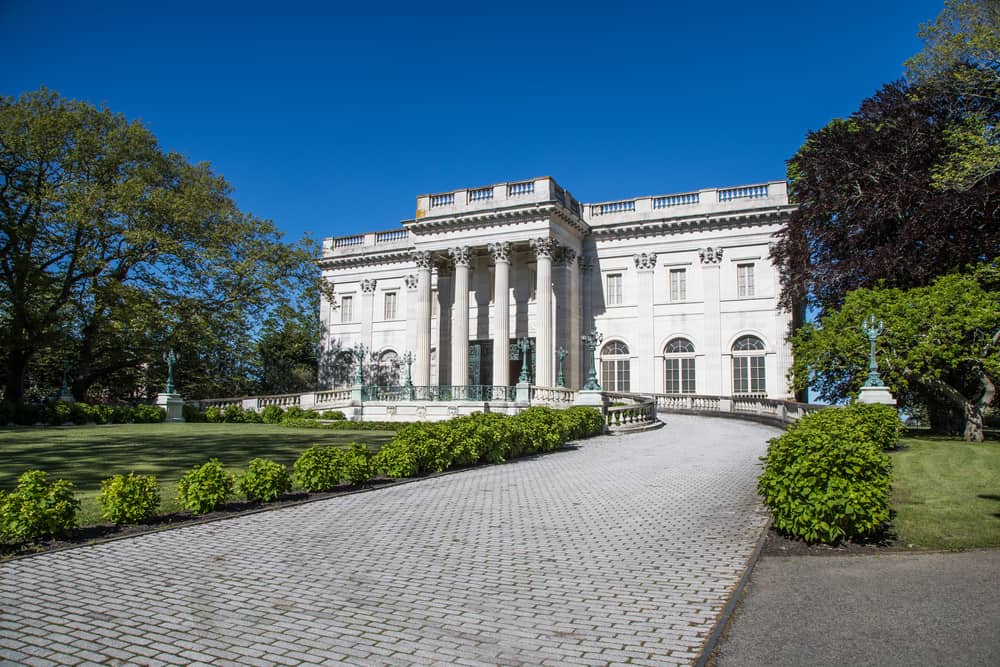 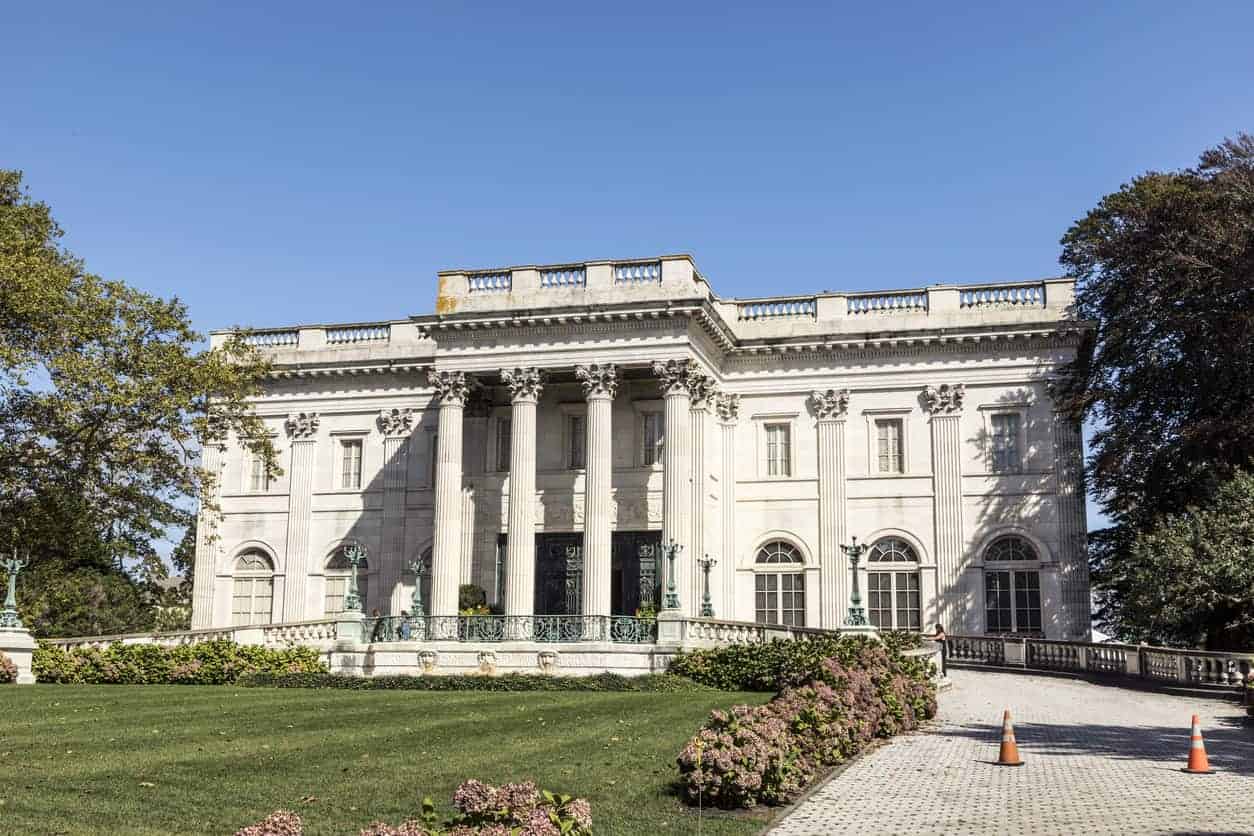 Marble House is another Vanderbilt mansion. In fact, it’s the first “over-the-top” mansion to be built in Newport. Many soon followed, but Alva Vanderbilt set the stage.

She also spent a fortune on the house – reportedly $11 million (about $308 Million in 2018 dollars). Think about that – the house you see above, which is impressive but not as impressive as The Breakers (and certainly not as big as the Breakers) cost a whopping $300+ million in today’s money. That’s far more than any house today – given that the most expensive house sold in the world went for $149 million in Hong Kong.

Why was Marble House so expensive? It didn’t get its name for nothing. You got it; tonnes and tonnes of marble  (500,000 cubic feet) went into this house. In fact, $7 million was spent on marble alone. I think that’s kinda nuts. It’s a nice house but I don’t think it warranted $200 million in today’s cash… surely a less expensive material would do it justice.

Coming in at 50 rooms, it employed 36 servants during the Summer. That’s a lot of rooms and a lot of staff. 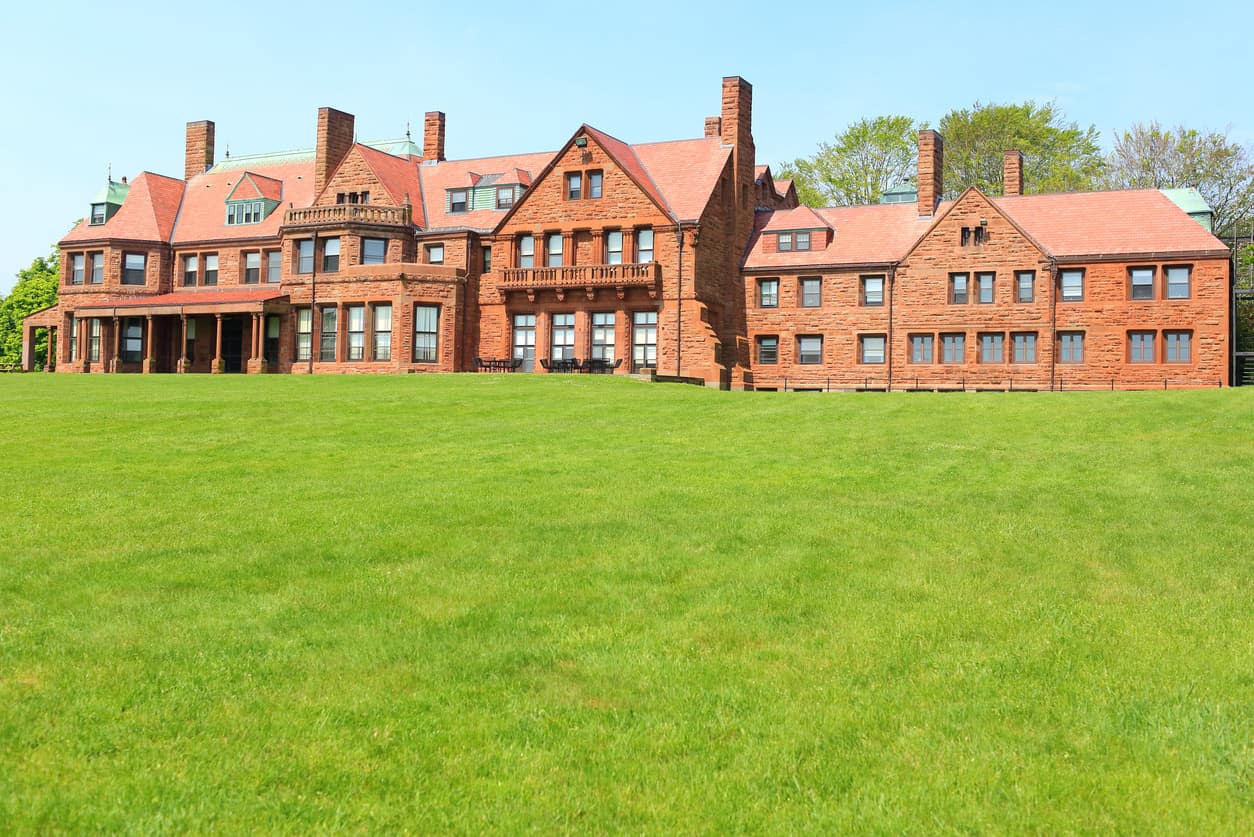 The Vinland Estate was constructed in 1882 by Peabody & Stearns to serve as the official residence of tobacco heiress Catherine Lorilland Wolfe. This property exhibits the Romanesque Revival style exterior that used red sandstone. This estate was eventually donated to Salve Regina University, with the main building now being called McAuley Hall. 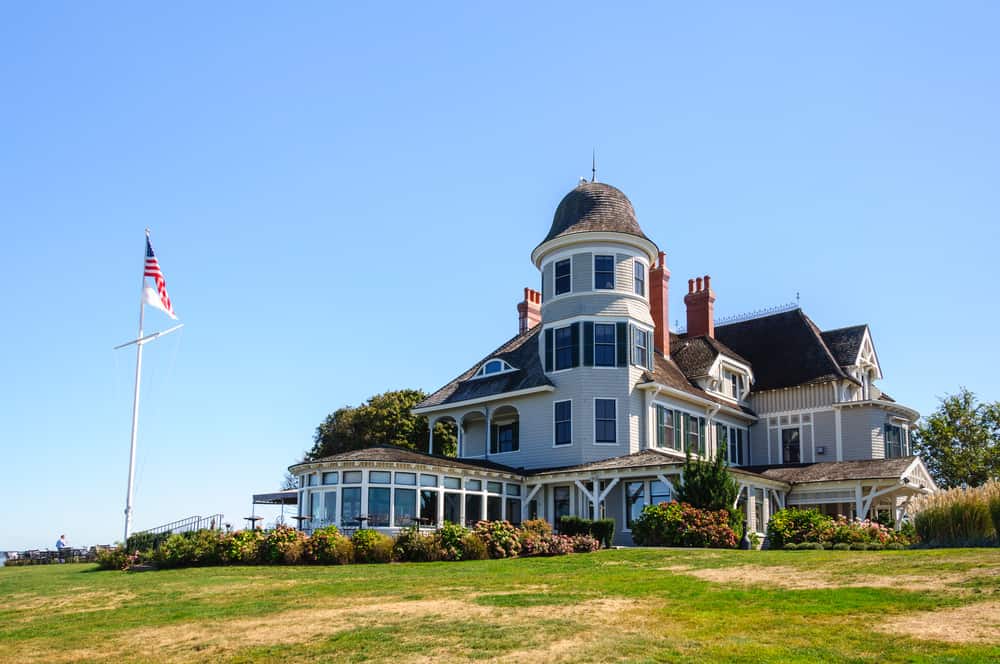 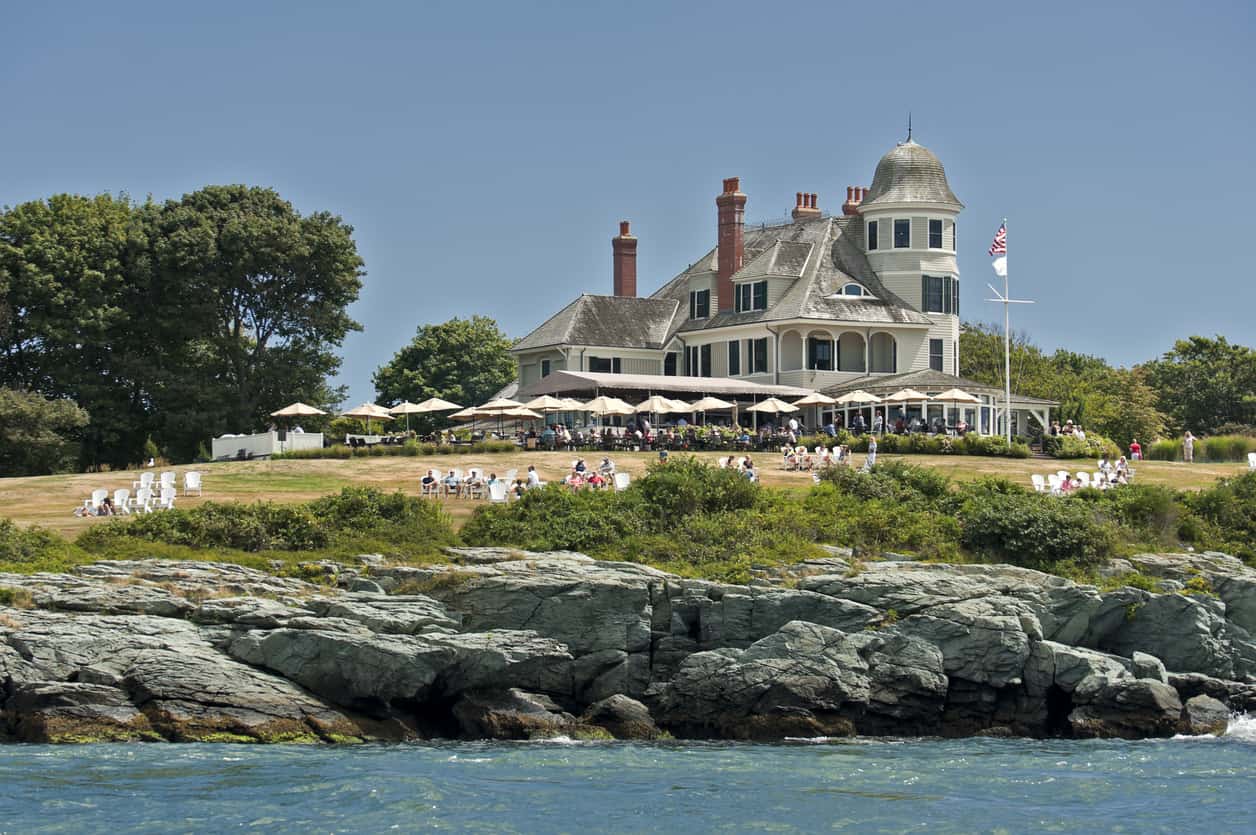 Castle Hill is situated on a 40-acre peninsula. Castle Hill was built in 1875 by Boston architect Robert Slack and served as a summer retreat for scientist and explorer Alexander Agassiz. The property was a private residence for much of its history, and was converted  into a private inn in the late twentieth century. 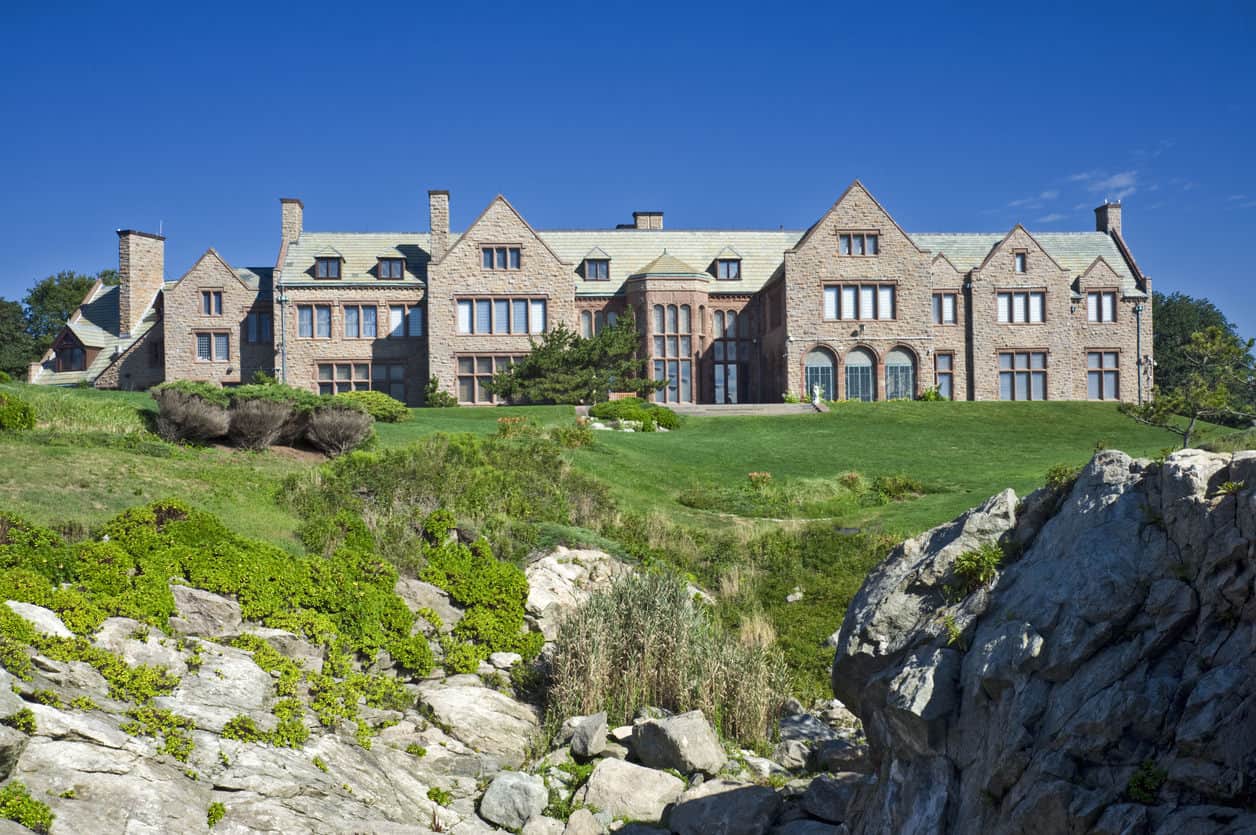 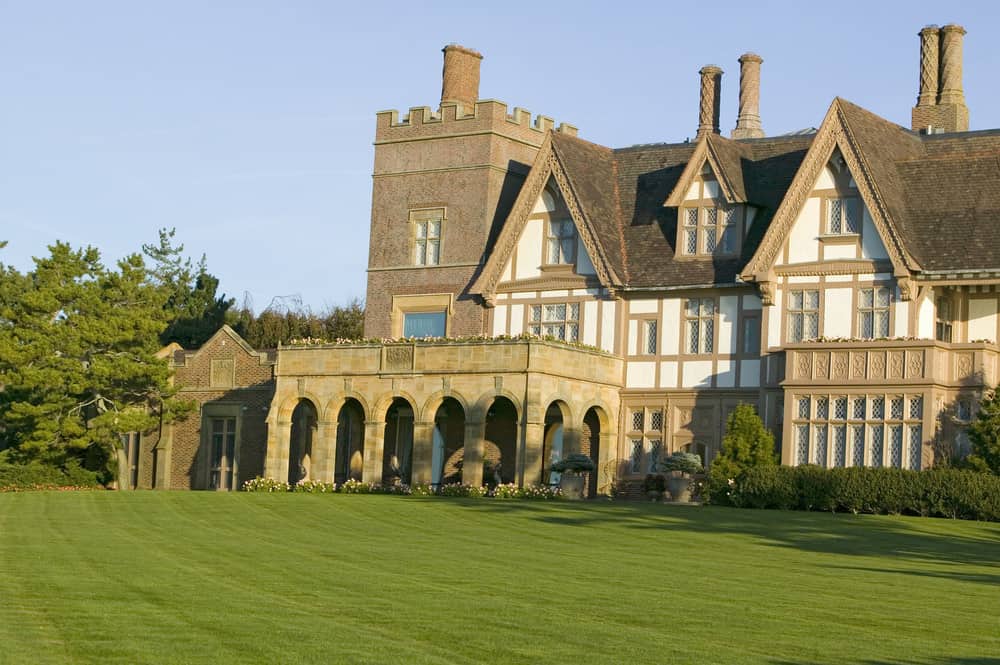 Rough Point, now a public museum, was originally built using granite and red sandstone. The construction of this property began in 1887 and finished in 1892. Rough Point is an English Manorial Style home designed by architectural form Peabody & Stearns for Frederick William Vanderbilt. 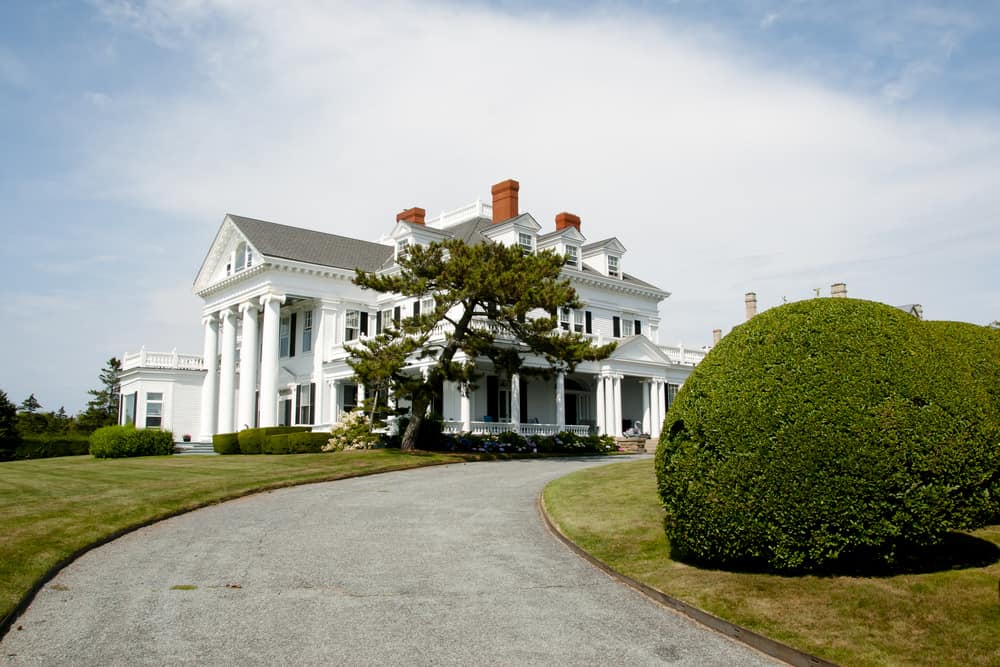 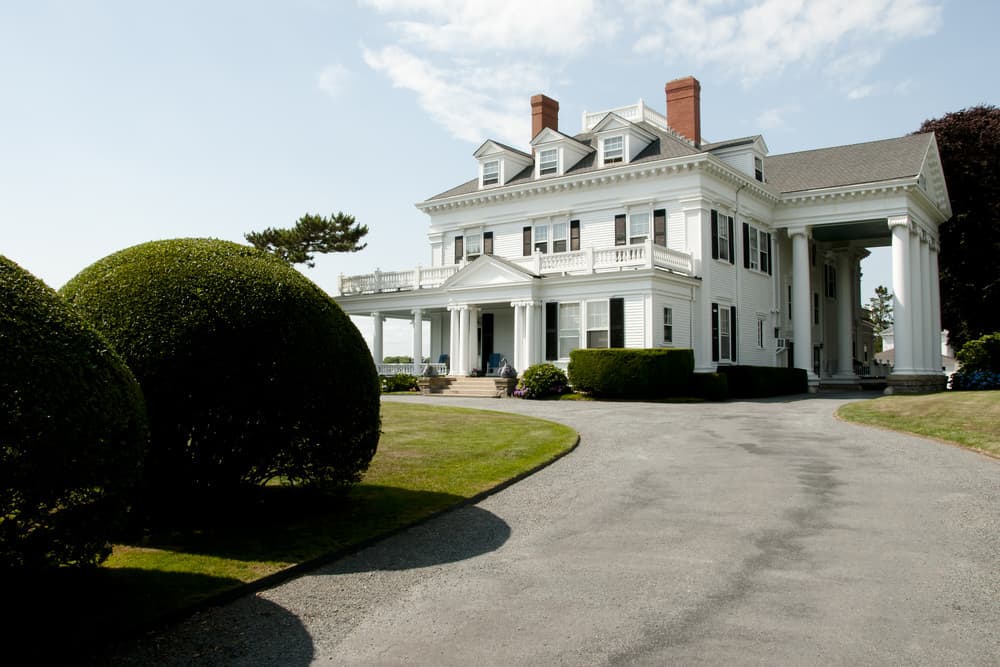 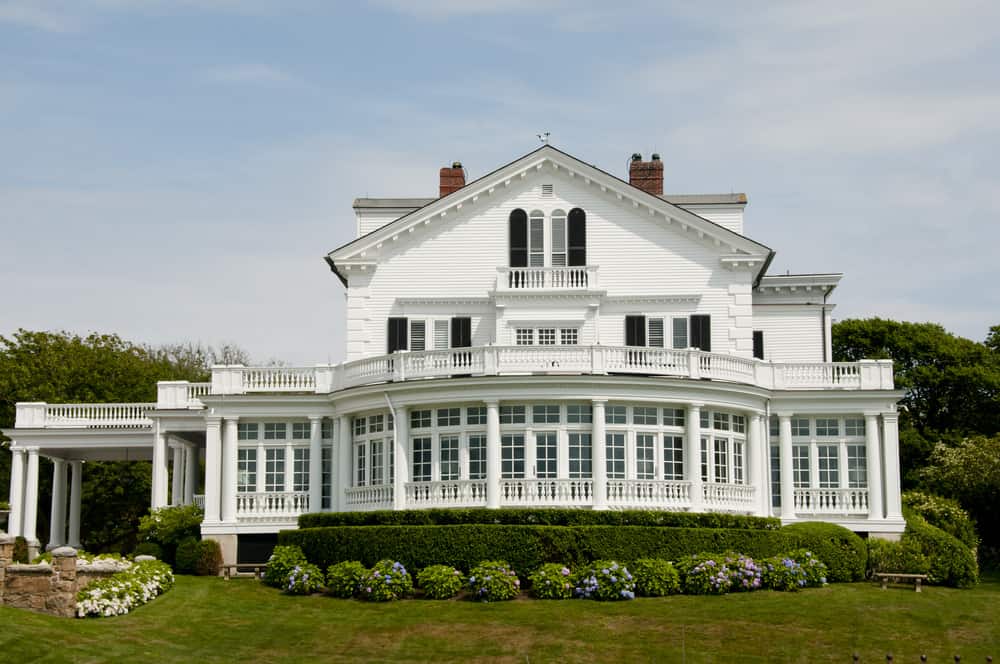 Marion Graves Anthon Fish a.k.a. “Mamie” built Crossways in 1896 finishing in 1898 (a ballroom was added later). Mamie wanted something different than the other Newport mansions which were ostentatious “palaces” while called “cottages”. Mamie opted for a colonial style, which looks great. It’s one of my favorite Newport Mansions. 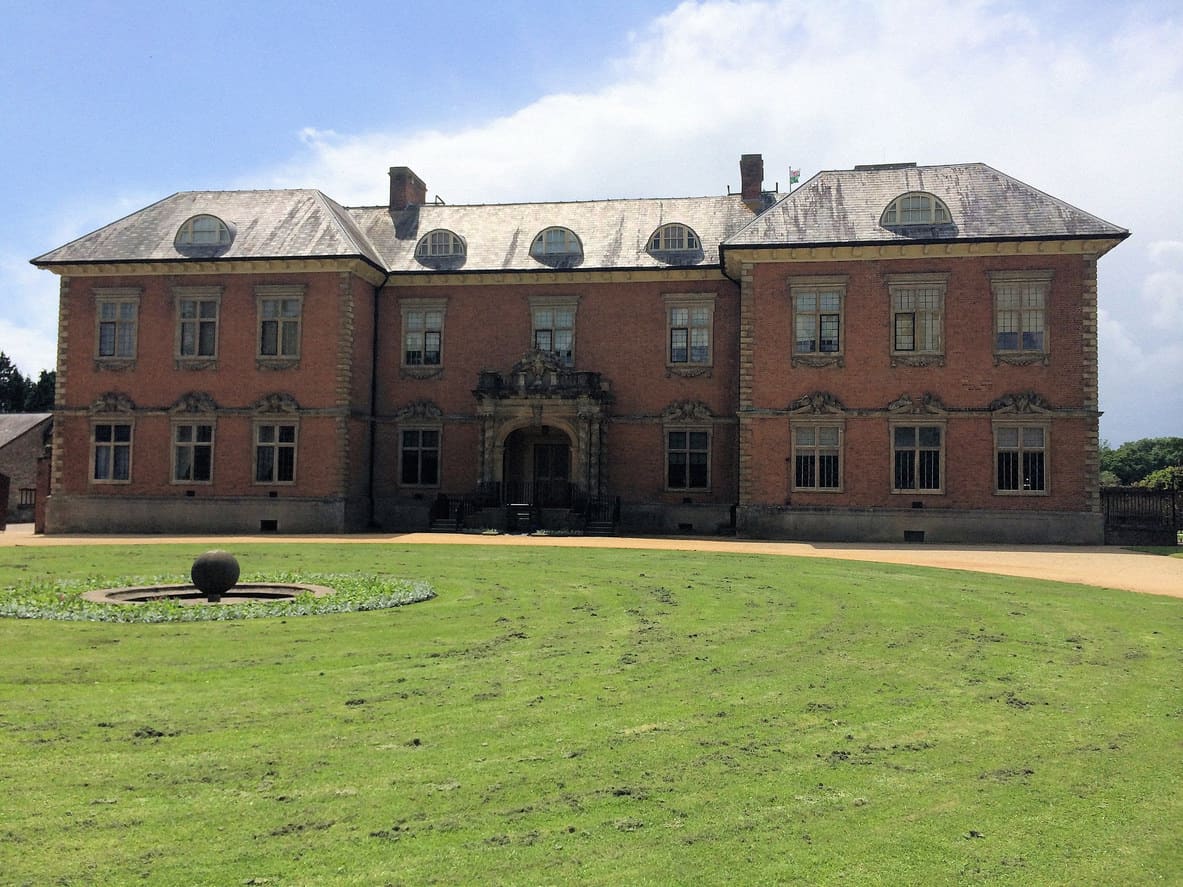 The construction of the Tredegar House on a 90-acre property began in 1664 and was completed in 1672. This property was the home of the Morgan family, which eventually became Lords Tredegar, a highly influential family in the area. The house was originally built on stone but was expanded using red bricks. Since March 2012, Tredegar’s House is now a historical landmark that is under the supervision of the National Trust. 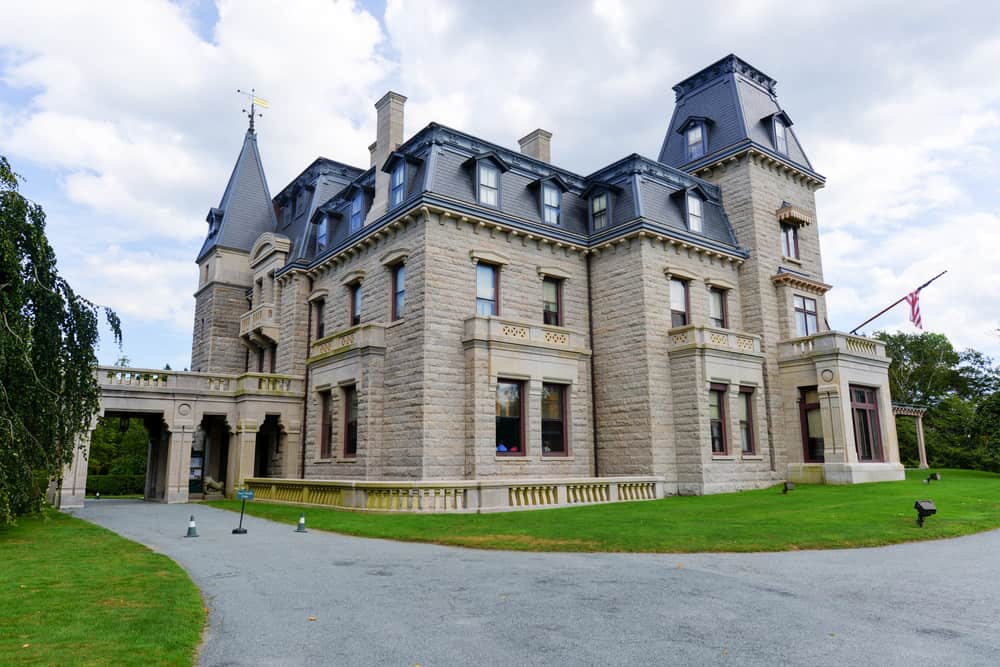 Chateau-sur-Mer was finished in 1852 on a 7-hectare land. The architect and builder, Seth Bradford, built this property to serve as a residential villa for William Shepard Wetmore, a trading merchant. This property is now owned by the Preservation Society of Newport County and is now being used as a museum. 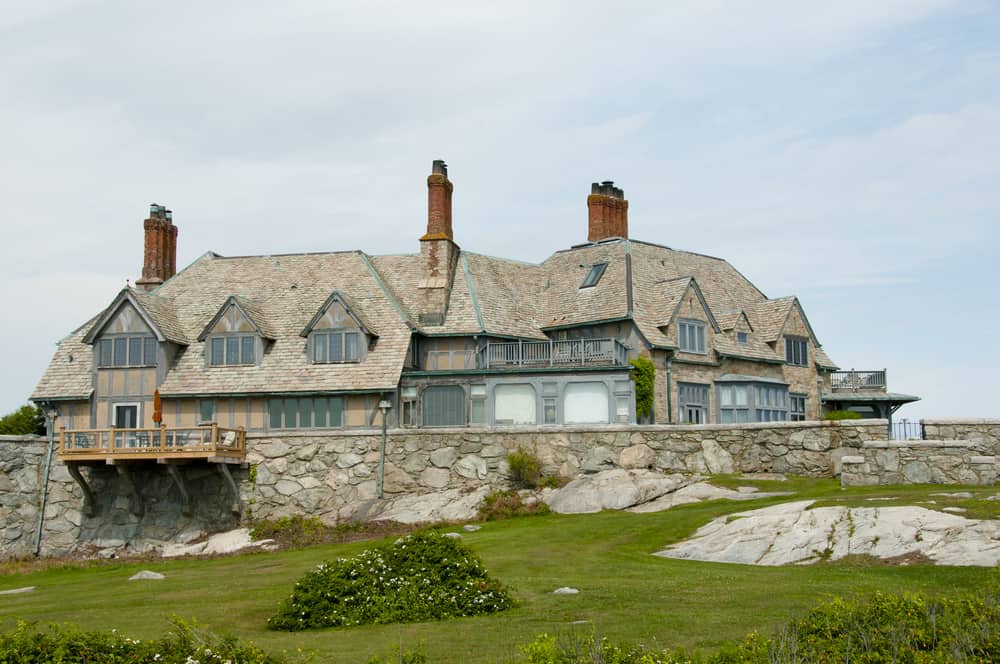 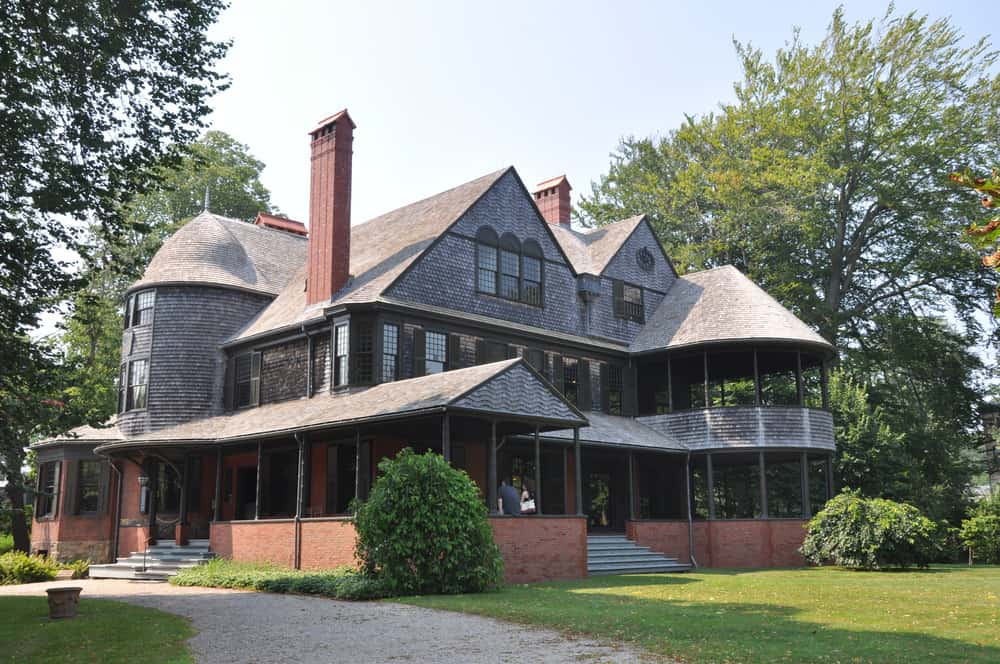 The Isaac Bell House, also known as Edna Villa, was built in 1882-1883 based on the designs made by the McKim, Mead and White firm. It is a three-story gabled structure of wooden balloon-frame construction upon a stone basement. With an area of 4,047 square meters, this house is an iconic example of the Shingle Style of architecture due to its open character. After passing through a succession of owners, the Isaac Bell House was purchased by the Preservation Society in 1996, and is today considered a National Historic Landmark.

When were the Newport mansions built?

The first was built in 1892 – Marble House by Alva Vanderbilt. The rest were built the next 10 to 15 years.

Which is the biggest Newport mansion?

Which Newport mansion cost the most money?

Which Newport mansions are the best to see?

In my opinion, the best ones to see are:

Which mansions did the Vanderbilts build?

Members of the Vanderbilt family built Marble House and The Breakers.

Check out our massive gallery of other historical mansions here.