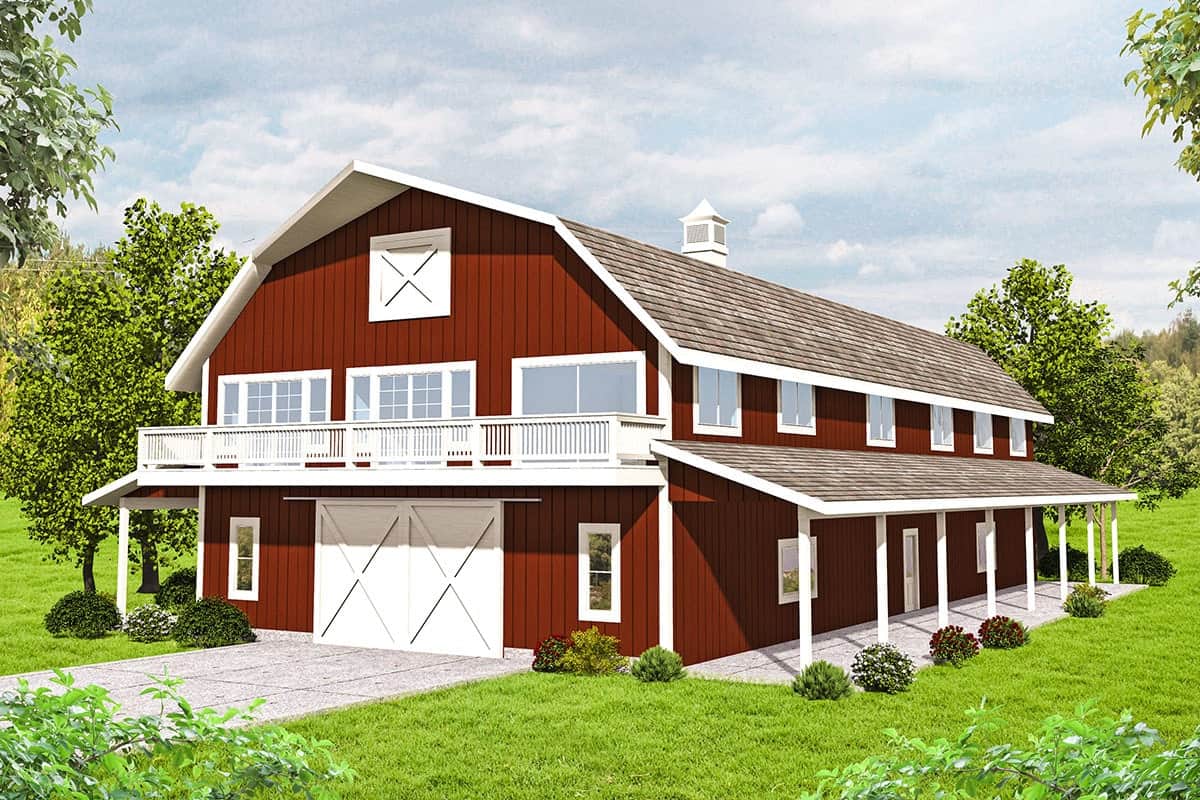 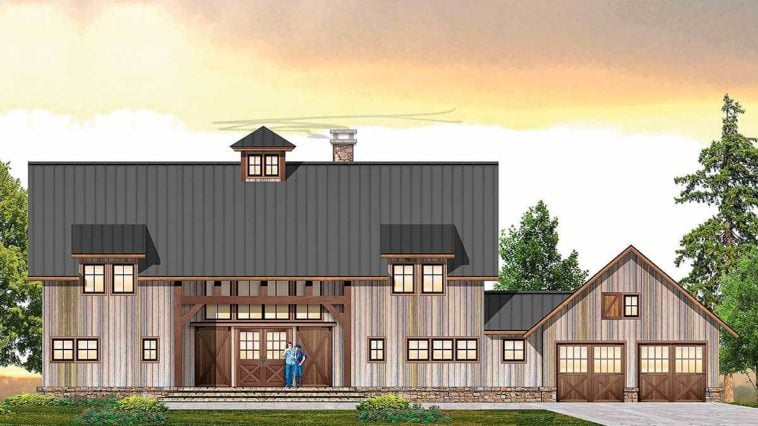 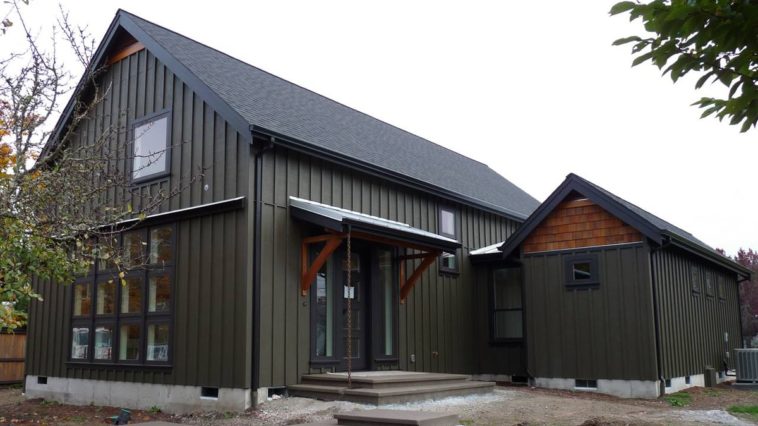 What is a barndominium?

Barndominiums, or “Barndos” as they are sometimes called, are a stylish combination of a barn and a condominium. The idea comes from an old and practical living solution on farms and ranches, where the owners would have living quarters located above the animal stalls so the hired hands would have a place to sleep, and the animals would have a person on hand in case there was any trouble.

Today, Barndominiums are a popular living space especially in upscale western communities. They have a basic steel shell on the outside, and a customized interior that emphasizes an indoor/outdoor lifestyle.

The interior is typically an open concept that is laid out to the owner’s specific wants and needs. The exterior is usually a basic steel frame with features such as roll-up doors, large windows, and wraparound decks and patios.

What is a pole barn house?

A pole barn is a building that uses pole-frame construction rather than a solid foundation. Those poles support the roof, rather than walls as a traditional home would do, so it is a construction approach that does well with an open-concept home design.

They typically have wood or metal siding, and the interior can be customized to either a complete open concept or walls can be added in as part of the construction plans.

Pole Barn houses and Barndominiums are very similar in appearance, but their structures are very different. A barndominium will be built on a foundation, similar to a traditional home or barn, while a pole barn house uses the pole-frame construction and does not have load bearing walls.

However, both pole barn houses and barndominiums are known for their open-concept designs, are frequently built for a rustic look (although that is not required) and are less expensive to build than traditional houses.

How much does it cost to build a barndominium per square foot?

The cost per square foot will vary depending on labor costs, material costs, and the pricing on the kit itself. If you plan on doing doing most of the labor yourself and are planning on a smaller design with less expensive materials inside – think less expensive countertops, flooring, and such – then you can start around 20-40 dollars per square foot.

On the higher end, if you are planning on a more luxurious or upscale interior, wraparound outside porches, the price goes up accordingly. On the higher end of the scale, you can expect to pay 100-120 dollars per square foot.

How much does a pole barn house cost to build per square foot?

A pole barn usually costs 15-35,000 dollars on average, which costs 15-30 dollars per square foot. From there, you will have to factor in the costs of decorating and finishing the interior, which will vary depending on what you are looking to do and which materials you want to buy. On the higher end, a pole barn house can cost up to 100-120,000 dollars total.

How much square footage do the living spaces of a barndominium have?

Can you rent out a barndominium to long term tenants?

A barndominium is often used for long-term rentals but the exact rules vary depending on state and local zoning laws. Some states have no zoning laws regarding them at all, while others consider them to be agricultural or commercial buildings, so you will need to check with your local authorities for more information.

Can you rent out a barndominium for short-term stays on Airbnb and/or VRBO?

Yes, in many states and jurisdictions barndominiums are used as rental properties and are very popular for short-term stays. Many people prefer to stay in a niche setting and the barndominium is perfect for really getting into a rural or rustic lifestyle during a vacation.