TJ Maxx & Marshalls were the unrivaled off-prices stores long before Amazon, IKEA, or Target came into the scene. With the spread of retailers selling everything from home goods to furnishings, is it still worth dropping into these TJ Maxx & Marshalls? 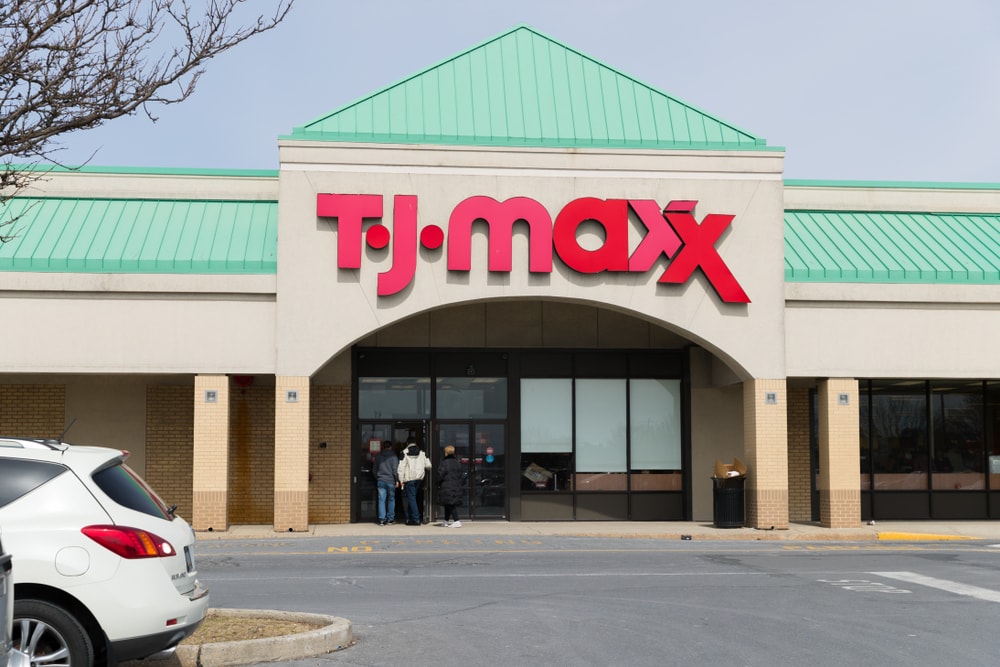 The love-hate relationship that I have with off-price stores is an ardor unrivaled only by the on-again-off-again tween romances that my generation grew up with. (Zack and Kelly from Saved By the Bell, anyone?) And oh, is there a place in that blackened ventricle of my heart reserved for all of the annoying groans as I wasted several weekends of my childhood being dragged to TJ Maxx, Marshall’s, Ross, and the numerous other places that fueled my mother’s hoarding habit. I swore up and down that when I was all grown up, I wouldn’t waste one more millisecond of a Saturday, my one sanctuary day from school or whatever fluorescent-lit hellscape I’d call a workplace someday, on going to any of those places unless I absolutely had to.

…of course, this lamp, mini shelf, and several bottles of discontinued Philosophy shower gels all came from the Marshall’s three blocks from my building.

I definitely don’t go as often as I was dragged to my mother’s pilgrimages to the strip mall near our house, or the outlet mall on the outskirts of Philly that had a Marshall’s that was almost the same size as a real department store. But out of necessity and proximity, some furnishings and various kitchen and bath and body things came from there. Although I don’t know if it’s just the particular corporatization my city is experiencing right now, or the brand growing in prevalence as Zoomer Instagrammers made frugality cool as my generation heard “Maxxinista!” uttered on Broad City,

So, why are these stores so ubiquitous? Why don’t we all just shop from the home goods section of Target and sundry if we’re broke, or go to IKEA and other places to get the furnishing we need if you’re not just getting it from Amazon for pants-free shopping? Why is furnishing and outfitting your place out of a Marshall’s a combination of heaven and hell? Let’s explore it further!

The History of the Off-Price Chain 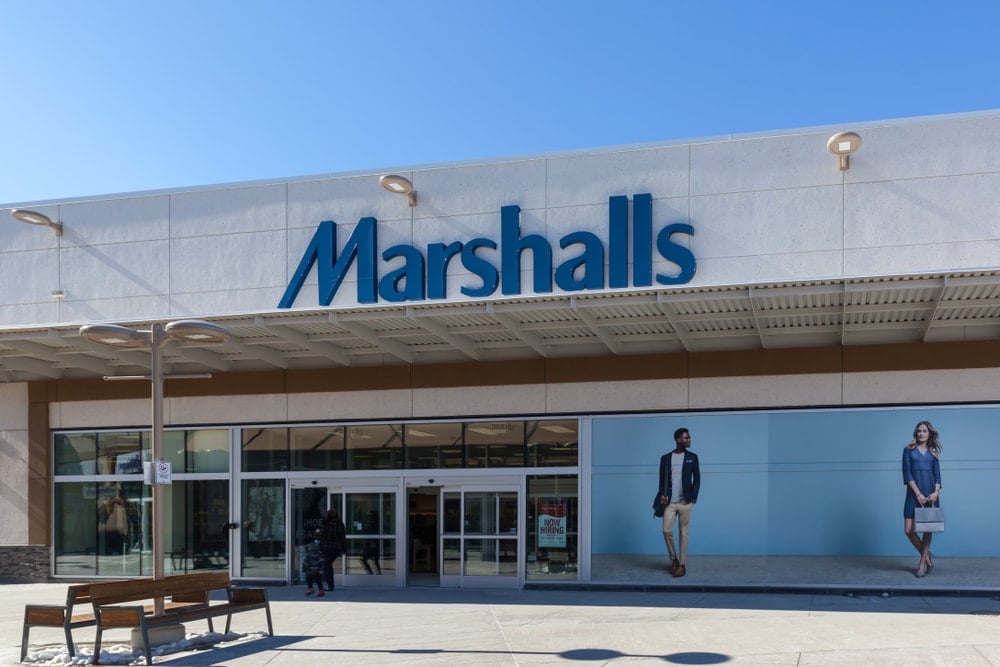 We love the history of your favorite home goods chains here, so of course, the mother lode of junk stores that colored my childhood merited some investigation.

Before you could see Marshall’s, TJ Maxx, and Home Goods logos all on the same gift cards, the two companies were rivals with TJ Maxx arriving on the scene 20 years after Marshall’s did. Founded in 1956 by the eponymous Alfred Marshall, he teamed up with a few other retail entrepreneurs to take advantage of that postwar prosperity and sell brand name, semi-luxury apparel, and housewares for far less than what they’d retail for in regular department stores.

Keep in mind, there’s no Amazon, Target, eBay, or anything of that ilk. The pushcarts on the Lower East Side transformed into indoor markets and small retail shops before they’d get eventually mowed down for obnoxious $6,000/month apartments and Juice Generations, but the new class of suburbanites needed a place to shop if they didn’t want to go to the city. Ergo, the first Marshall’s store was born in Beverly, Massachusetts. It wasn’t just goods at a steep discount, but it was also purported to be “self-serve”. While this is the way that most Americans shop brick and mortar today, it was a pretty revolutionary concept back then when shopping was this task you had to be physically present for. And in light of the booming economy, before we’d get robbed by oligarchs again decades again, shopping was an experience. 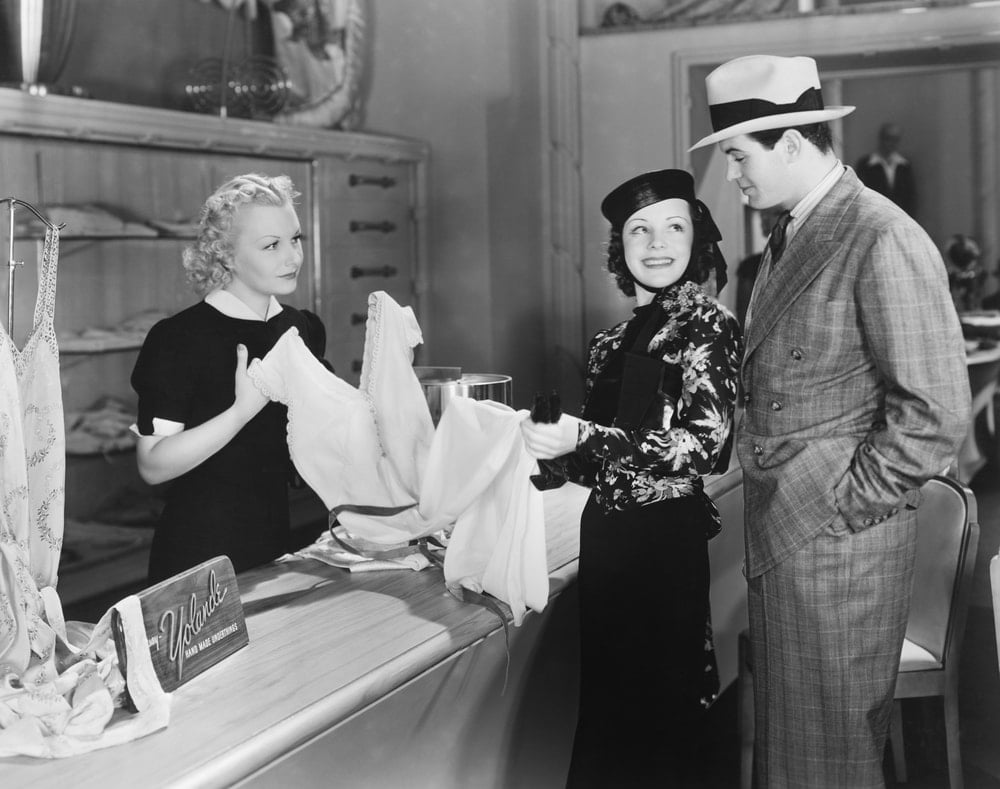 Not the original Marshall’s in the 50s, but this was pretty close to the experience you got in old school department stores: it was incredibly personal, you got waited on, and didn’t have to look for an employee for 20 minutes if you couldn’t find something.

Long before the slalom of factory second New Balances hiding behind a thicket of mismatched size 12 Steve Madden pumps rife with price sticker residue, there was a whole other level in the store for separate sellers who had the hardware, shoes, and sporting goods. Even though they appeared to be all part of the same store, these independent sellers’ inventories were separate from the big cheese Marshall’s unbeknownst to the customers.

See also  What is Italianate Architecture?

There was even a little luncheonette inside, A&M Luncheonette named for the proprietors, so you could hit the soda fountain and get a soda fountain after you got tired from loading up your arms with cheap as fuck June Cleaver dresses and casserole pans about to house some gelatin abomination or another. Now, why did THIS concept go away and get phased out with some sad Pizza Hut mini pizzas sitting under a heat lamp all day at Target, juxtaposing popcorn that was coated in something that leaked out of Union Carbide at Bhopal?

(Don’t worry, it’s alive and well in Japan where you can go to real cafes tucked into train stations and department stores alike.)

Marshall’s “name brands for way less” mantra proved successful and essentially birthed the “off-price store” concept, and became the leading off-price shop in the United States come the late 60s. Hell, as the economy worsened in the 70s with just a taste of what was to come with that recession, Marshall’s was doing incredibly well and their upwards trajectory just kept getting bigger and better. They were able to offer designer goods for so much less because they just became the official dumping ground for designers and department stores’ runoff goods, closeouts, seconds, and out-of-season merchandise.

Then to cut a long story short, Marshall’s got bought out the company that once owned drugstore magnate CVS in 1976. The brand grew like kudzu with stores in almost all 50 states by the early 90s, before getting acquired by TJ Maxx’s parent company in 1995, and they’ve been one big happy off-price family ever since, old TIGI shampoos and discontinued Crocs and all.

See also  All About Silicone Bakeware - Revolutionary or Overrated? 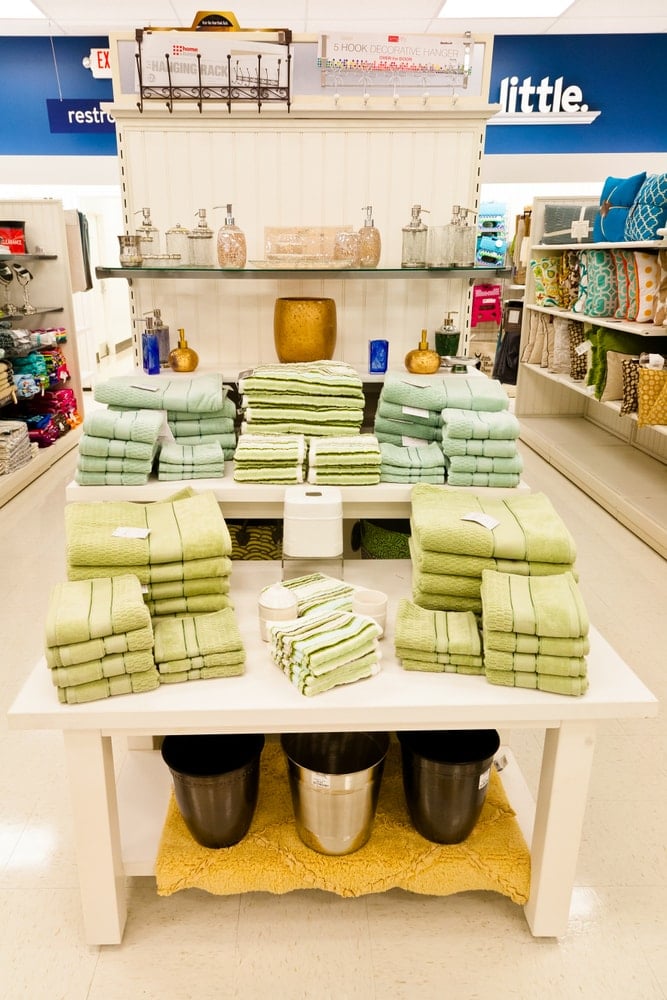 While TJ Maxx, Marshall’s, and Home Goods are all owned by the same company now with pretty similar store layouts, there are a couple of notable differences. Obviously, Home Goods focuses on exactly what their name implies. Marshall’s is more of a real true “crap store” with a few treasures hiding in there in true adventure game fashion, TJ Maxx has slightly more of a luxury edge to it where you’ll find nicer brands and more emphasis on apparel and shoes than home goods. Marshall’s is the one I’m most familiar with both in childhood and adulthood, the latter mostly out of necessity because I have one so close to home.

And to be honest, there’s just as much treasure as there is trash. True to the original concept of luxury brands for less, you can find some amazing deals without having to paw through rack after rack of garbage.

I wager that every store has different stock and emphasis on what they sell relative to what customers in the area want: for instance, I remember the Marshall’s I always got dragged to having this enormous shoe section that could rival a DSW or some shit, but the one in my neck of The Bronx that I can walk to has a few racks with about as much fare as your typical convention booth at MAGFest or a similar event. So your particular store might not have a whole lot in home goods, mine actually has a pretty decent selection jampacked into a tight space. I got two small Le Creuset pans for $7 apiece, which is eye-poppingly incredible given that only cockroaches can outlive those things. Little things you don’t really think about but still need if you cook at home a lot, like those nifty silicone spatulas and sink strainers? They got em at Marshall’s for pretty cheap, and the quality is actually quite good. 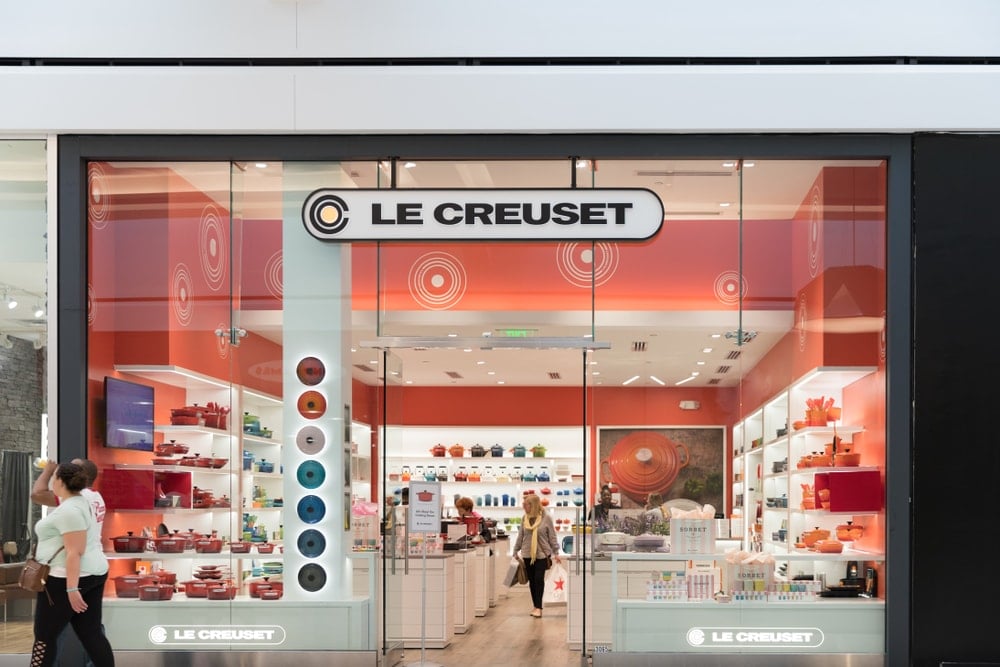 You have no reason to ever stop in one of these if you got a Marshall’s nearby and yours regularly gets Le Creuset stuff like mine does. I ended up getting a 9×13 casserole pan for $40 on a random sojourn, even if it mostly houses smaller pans instead of being used to actually bake anything now.

But when it comes to the other things they got for sale, it can end up awkwardly clashing with what’s already in your home. Or you’re staring at it on the shelf wondering if you can find a use for it instead of something automatically clicking, like “I need a coat hook set for the hallway” or “I don’t feel like wandering the long and sterile aisles of Target to get a new mattress pad, do they just have some factory second I could get for cheap here without having to make another trip or wait for a package?”

See also  The history of the Sagrada Familia in Barcelona

I stumbled upon the vast array of random home goods at my local Marshall’s when I had just moved into my condo and realized, much to my chagrin, that there weren’t any light fixtures except in the kitchen and bathroom. Hence, I had to get a lamp somewhere and didn’t really have time to consider what would go with it. I just got a basic silver one with a straight shade, because those pleated lampshades that get full of dust are a pain in the ass. So, the old off-price store that was a staple of my childhood wound up saving the day.

It can definitely be more fun than a utilitarian trip to a big box store or just ordering what you need online, retaining that pedestrian quality that is often absent from our shopping experiences nowadays. But if you have a parent who’s a hoarder like I did, the absolute last thing you want is a place rife with impulse buys. God, all the shit we ended up leaving at the curb for the charity pickup guy as a result of said impulse buys!

While it’s easy to snark on the whole idea of actually furnishing your home from these places, they have a special place in our culture. What used to be the place I got dragged as a kid ended up being the place I look for steeply-discounted color-safe shampoo and talking to other hungover professional women before we both try to descend upon the same jar of Stonewall Kitchen Thai chili sauce because we know that shit would cost easily $15 at Crate & Barrel.

And come on, don’t you have a corporate Secret Santa thing you don’t really want to spend money on but grudgingly have to? Get thee to the off-price store and get them a sad testament to American life like one of those wall hangings that says “My dog is the CEO of this house” or “Wine is just Mommy juice!” that got nestled on top of last year’s Star Wars bedsheets and those gluten-free sugar-free texture-free “cookies” that sell for $10 a bag at Whole Foods that have a shockingly long shelf life, taste like giving up on life, and feel like shitting needles. (Yes, it’s obvious I have partaken in the comestibles at my local Marshall’s numerous times. No, they have not compensated me or Home Stratosphere for this post. But damn, they should.)