Need a large house with a lot of bedrooms?  Will 5 bedrooms do?  If so, check out the many large and luxurious houses with detailed 5-bedroom floor plans below. 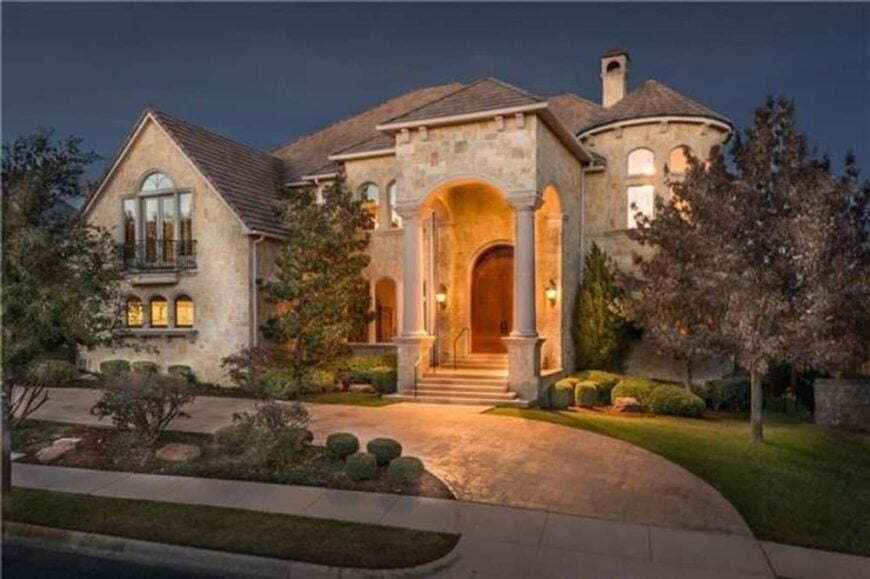 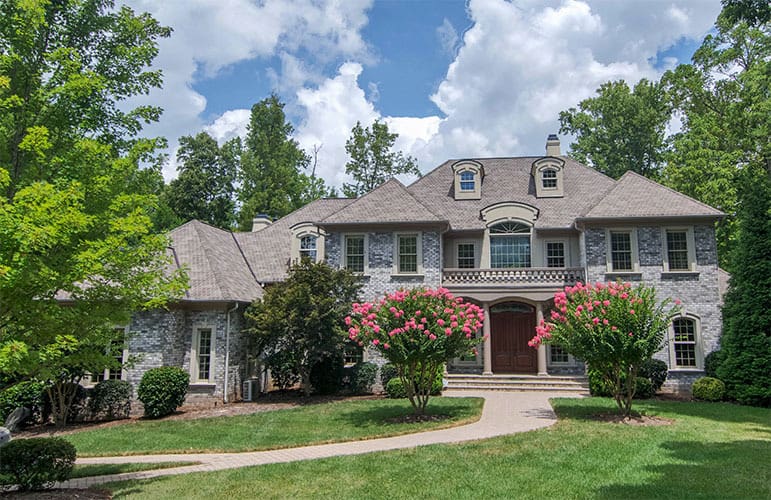 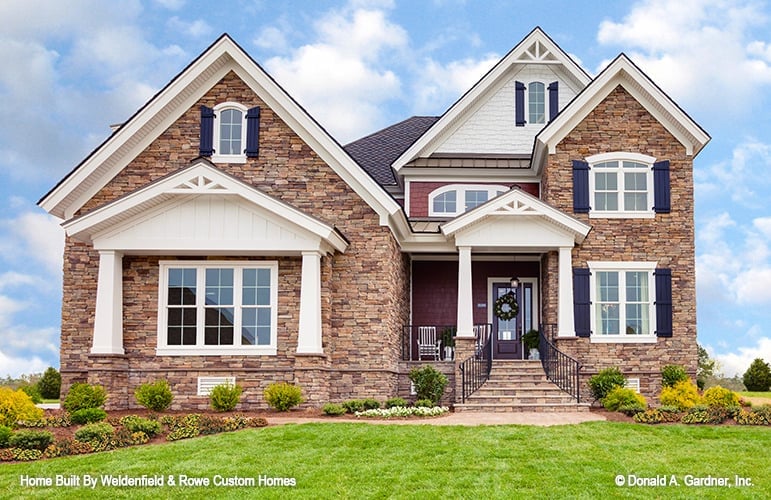 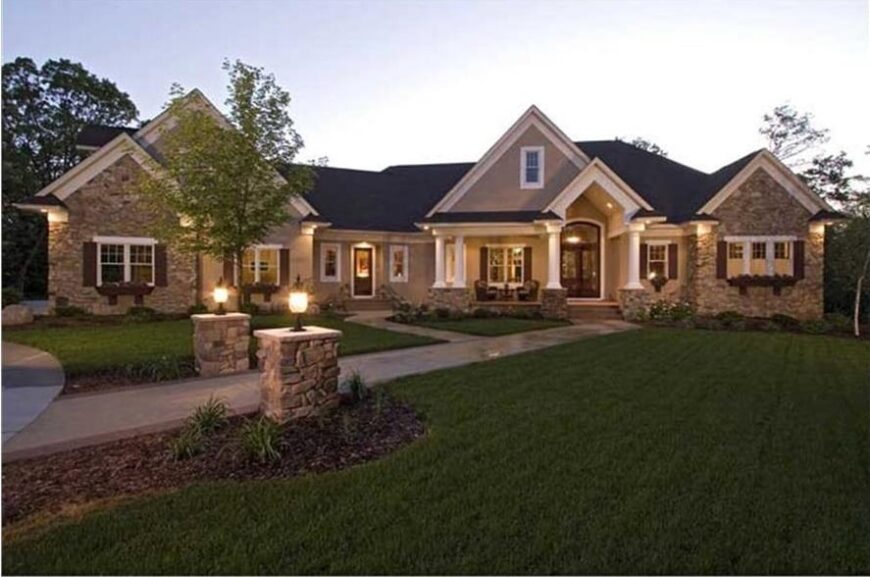 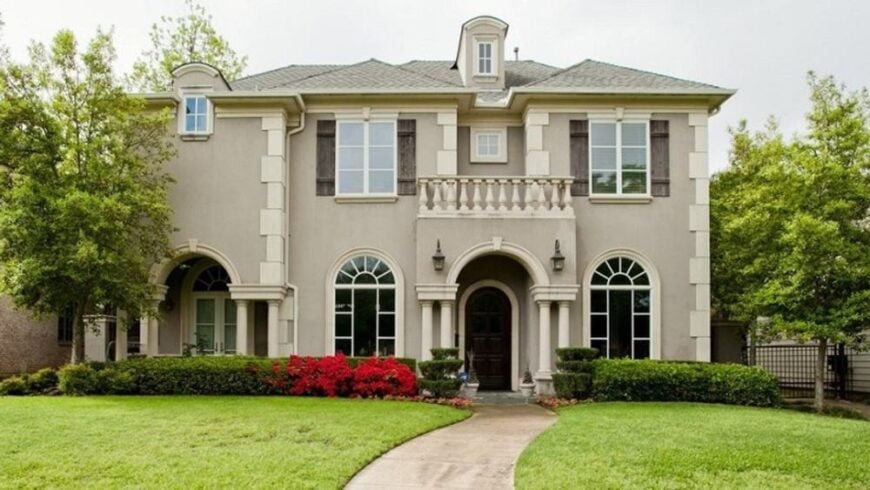 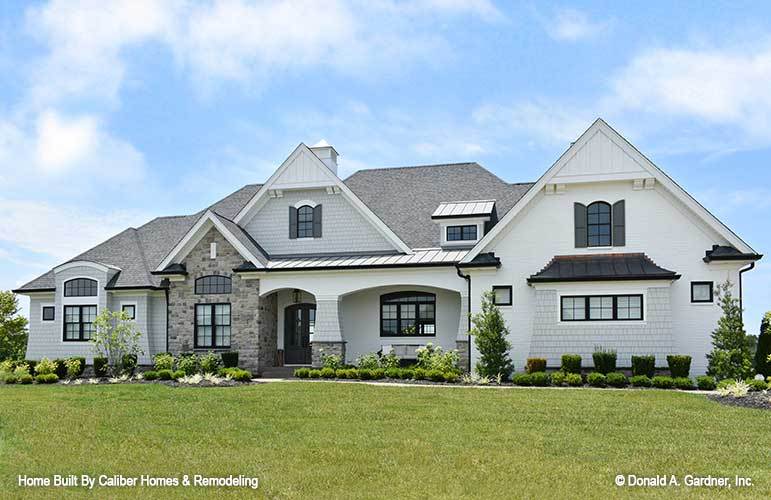 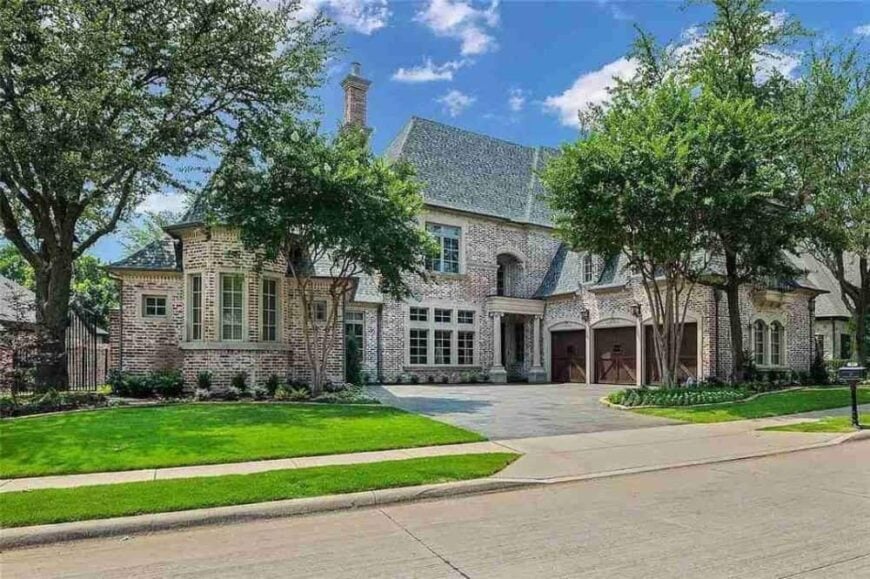 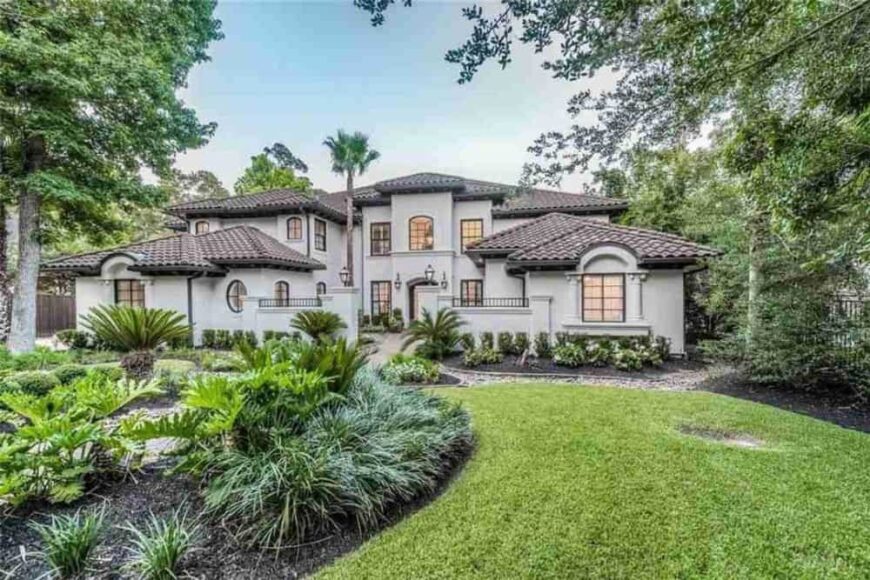 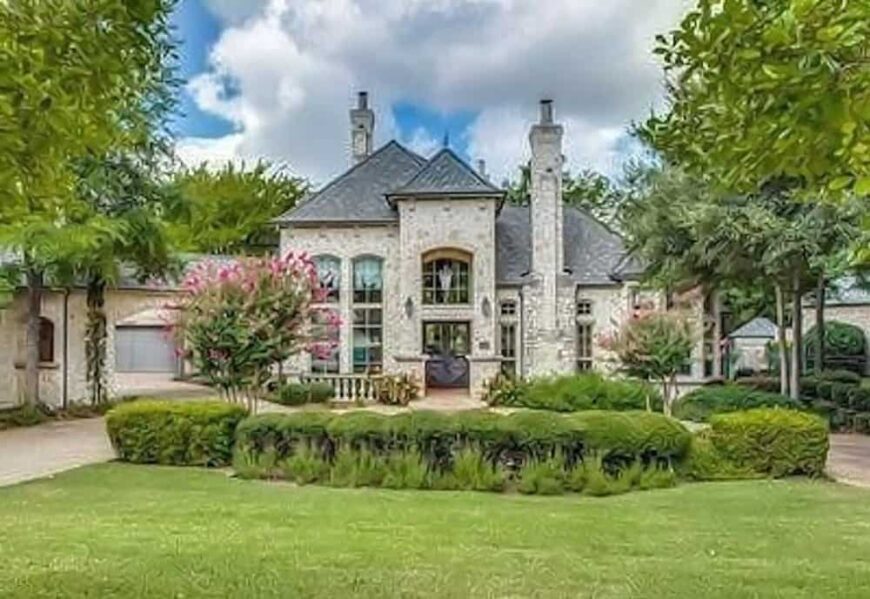 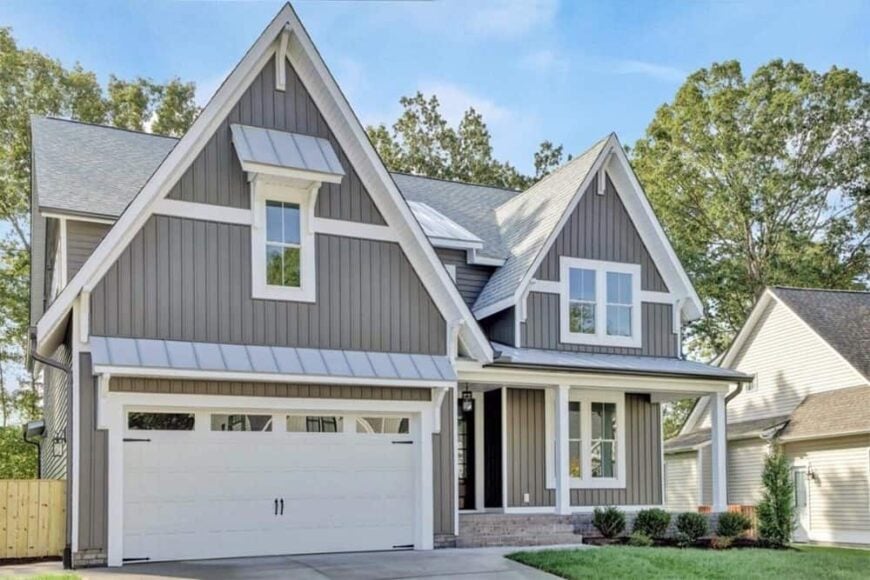 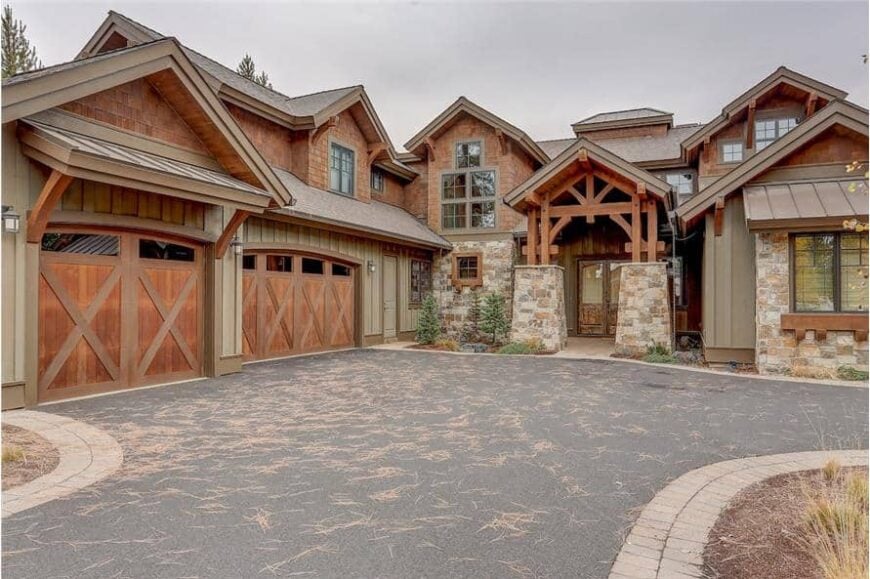 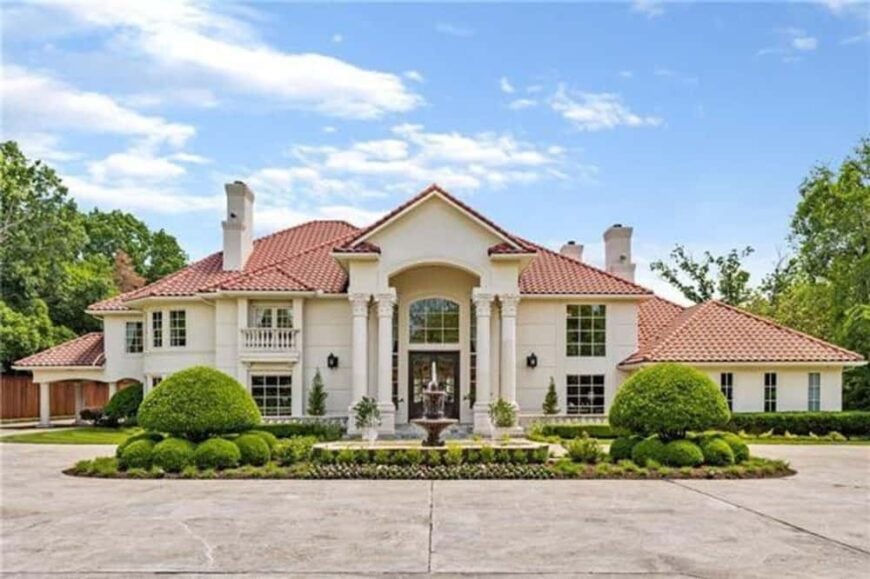 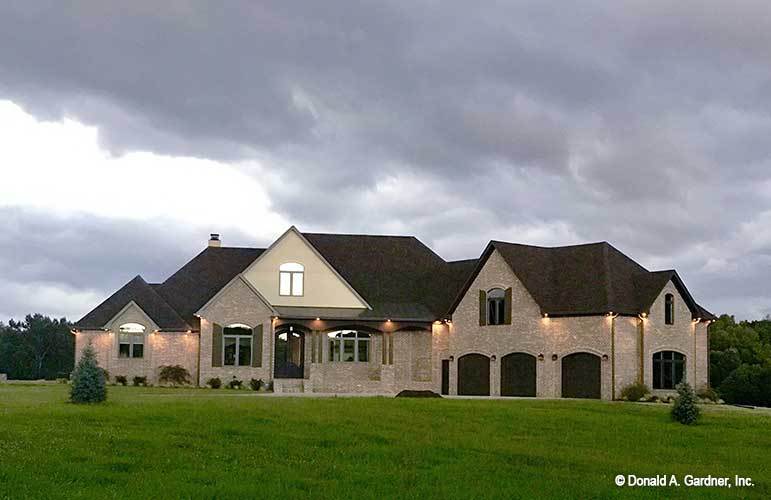 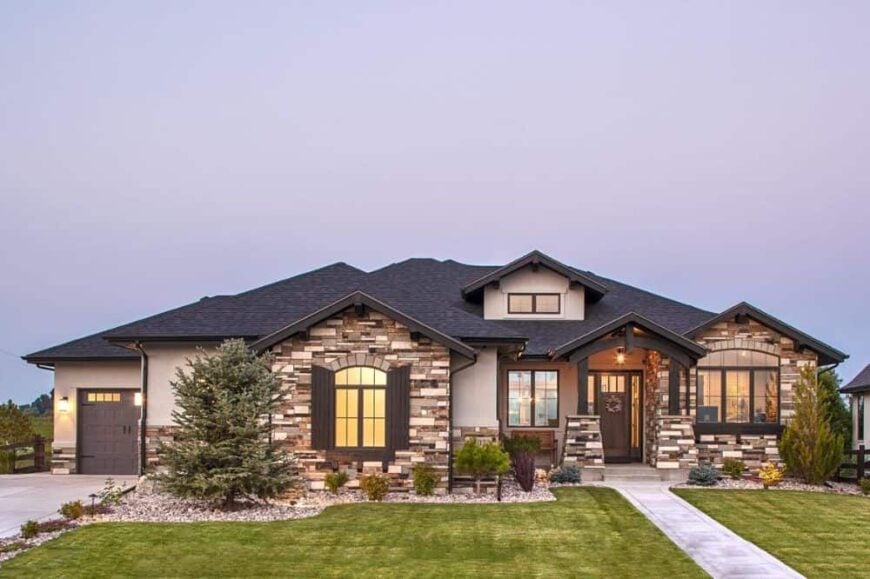 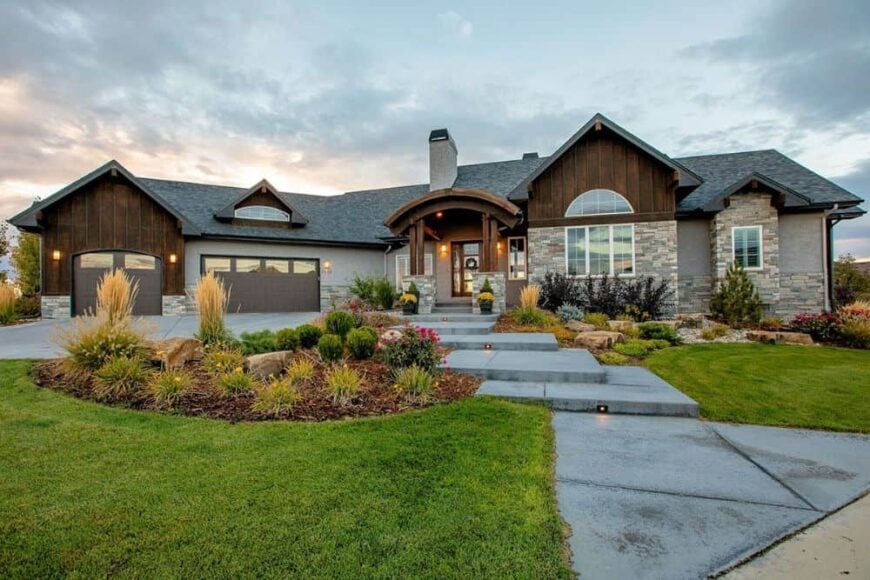 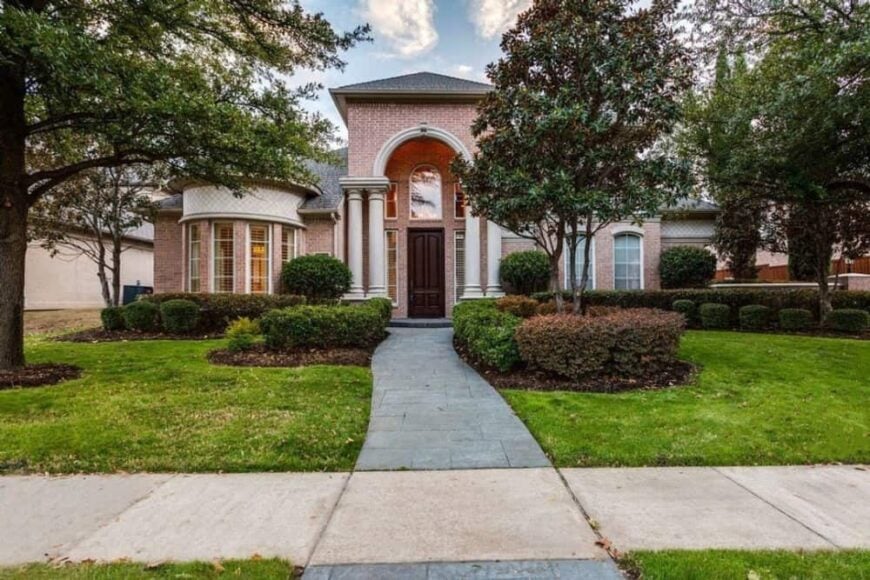 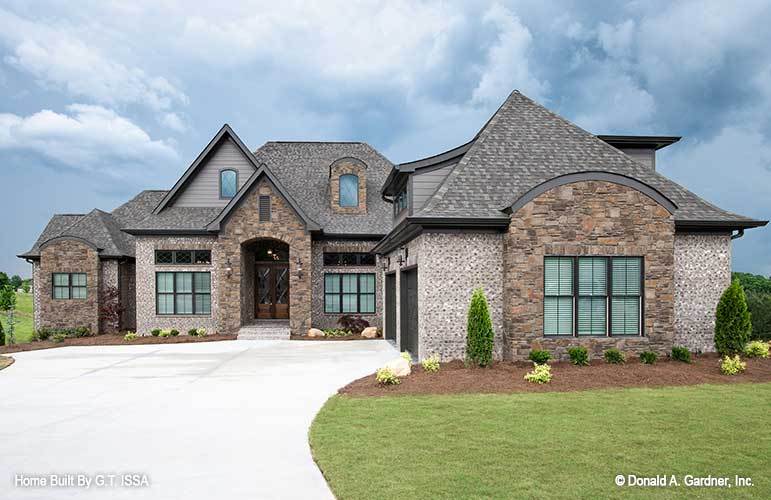 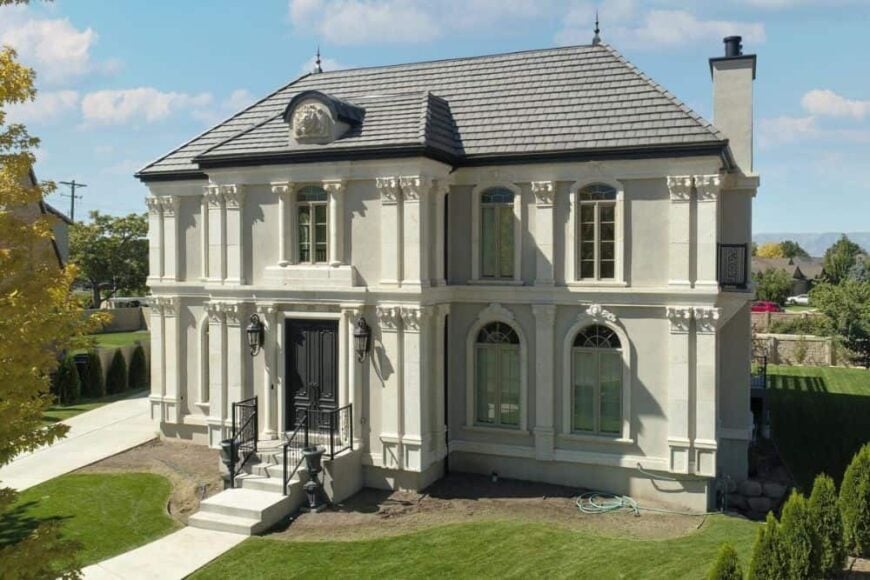 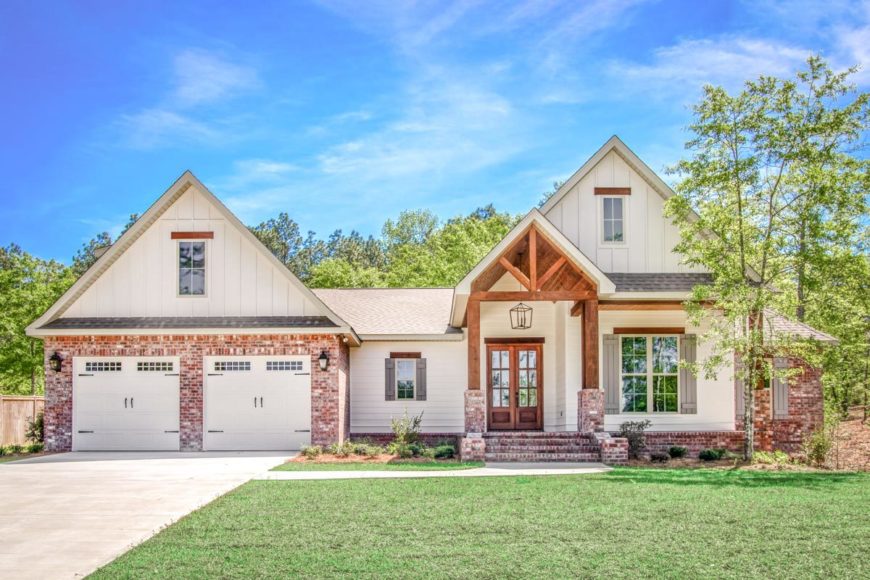 How big is a 5 bedroom home?

It takes a decent amount of square footage to accommodate 5 bedrooms, and most 5 bedroom floor plans run from about 2,500 feet into the mid 3,000’s. The average new American home is around 2,500 square feet, so these plans tend to be average size and above. Of course there are smaller and larger available.

You’ll find 5 bedroom plans as small as 2000 square feet or even a little less. There aren’t a whole lot of these. Most of them include rooms that are designated “bedroom/other,” that is, rooms that can be used for an office or craft room as easily as for sleeping. Some of them have a single bedroom or bonus room sketched out on an otherwise unfinished upper level.

At the other extreme, there a 5 bedroom floor plans of 5,000, 6,000 and even 10,000 square feet. The behemoths often have multiple living rooms and great rooms, large game or gathering rooms and sometimes even a space reserved for an in-law apartment.

With that many bedrooms, do I need more than one floor?

While you’ll find 1 story 5 bedroom plans out there, many of them aren’t truly single level. A sprawling ranch house is more likely to be a custom build rather than based on a readily available plan.

The typical “1 story” floor plan has an unfinished upper level or a partial upper level with a room or two at the top of the stairs. Sometimes the unfinished area will be a basement or lower level.

While most 5 bedroom floor plans call for more than one story, that doesn’t necessarily mean there’s an upstairs entirely covering the footprint of the downstairs. For example, the upper level can extend across only part of the home to allow for a vaulted living room or great room downstairs.

There are few 3 story floor plans. They tend to be specialized designs for features such as a novelty external look, a beach house or a narrow lot.

How many bathrooms should there be?

There should be enough so that anyone who wants one can get it most of the time. Some design experts say you need a bathroom for every bedroom, while others claim one for every two bedrooms is adequate.

You’ll find 5 bedroom floor plans with as few as 2 bathrooms, but unless you never expect to have guests or children and are using the bedrooms for storage and hobbies, that’s going to lead to a bunch of dissatisfaction. Many of these bathroom-deprived floor plans have some unfinished space where you can build another bathroom once you realize how inadequate the current supply is.

4 bathrooms are typical for a home of this size. At least 2 and preferably 3 should be three-quarters or larger, that is, having either a shower or a tub.

What sizes and shapes should the bedrooms be?

Most floor plan bedrooms are square or rectangular, but the rooms tend to be of varying sizes. While uniform sizes might forestall children from griping about unfairness, there are advantages to mixing things up. For example, it’s nice to have a guest room that doesn’t feel like it ought to be filled with dolls or toy trucks.

Having a choice of sizes comes in handy if you choose to repurpose bedrooms. A home office doesn’t require as much footage as a media room, and it’s nice to have bedrooms that can be transformed into either.

What interesting or unusual features are available in 5 bedroom floor plans?

Interesting features are becoming less and less unusual. Yesterday’s oddities are today’s standards. The old rectangular house with a hallway down the middle and bedrooms on both sides has become more the exception than the rule.

Many of today’s designs have central great rooms with the kitchen, bedrooms and other rooms directly accessible. A primary bedroom or suite that juts off the corner of the house is increasingly common. Some of today’s designs include lofts, multipurpose rooms and even safe rooms.

There’s more attention paid to outside features as well, such as patios and courtyards. Porches can be completely external or embedded so there’s a wall on each end. Exterior design often includes interesting architectural features such as gables, multiple roof surfaces and rooms that extend into the lot.

Are there 5 bedroom floor plans with bedrooms in a basement or lower level?

There are. Sometimes there’s an optional lower level floor plan that can be included with the initial build or added later.

Basement bedrooms aren’t everybody’s cup of tea. Not everyone likes the underground feel and the high, small windows. A lot of times, though, people, especially kids, like the coziness and the sense of getting away.

Remember that these rooms tend to be cooler both in summer and winter, and be sure there’s a safe way out in addition to the main stairway.

How big is the garage in a 5 bedroom floor plan?

People these days seem to have a lot of “stuff,” and not just motor vehicles. Garages fill with boats, lawn equipment, games and general overflow storage.

The 3-stall garage is today’s standard, and it’s what most 5 bedroom floor plans call for. Quite often the garage is the dominant feature on the front of the house, but you can find plans with the garage on the side or in a separate building. There are even “driveunders.”

The more elaborate plans tend to have 4 or even 5 stall garages. 2 car garages or somewhat less common, but they exist, along with single stall garages, carports and plans with no garages at all.