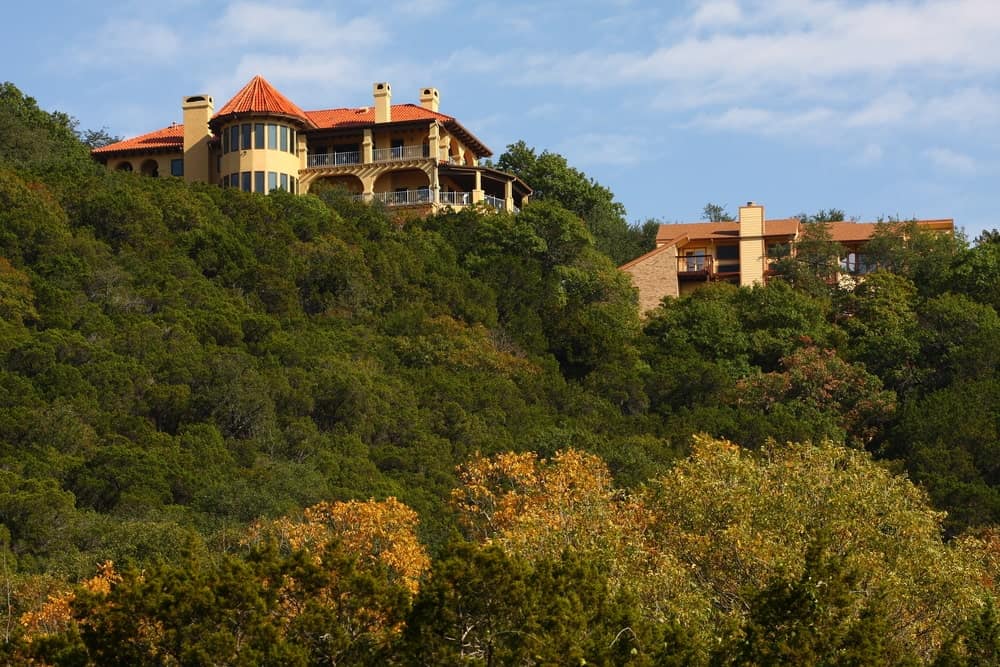 Recently, a house listing shown on the McMansion Hell livestream went totally viral. With 26 “floating chairs” akin to a 1980s McDonalds, all the viewers lost their shit. Like a six-car pile-up on the Cross Bronx at rush hour, it was something you really didn’t want to turn into your focal point, yet it was nigh impossible to look away.

So, I decided to do some investigating into the house’s backstory itself and why someone would opt for floating chairs!

Related: McMansion vs. Really Big House | Strange Mansions in Carmel Indiana | What is a Mansion | Types of Houses | What is a Villa

Table of Contents Show
Is This House Big Enough To Be an Actual Mansion?
Floating Chairs Are Easier to Clean?

Is This House Big Enough To Be an Actual Mansion? 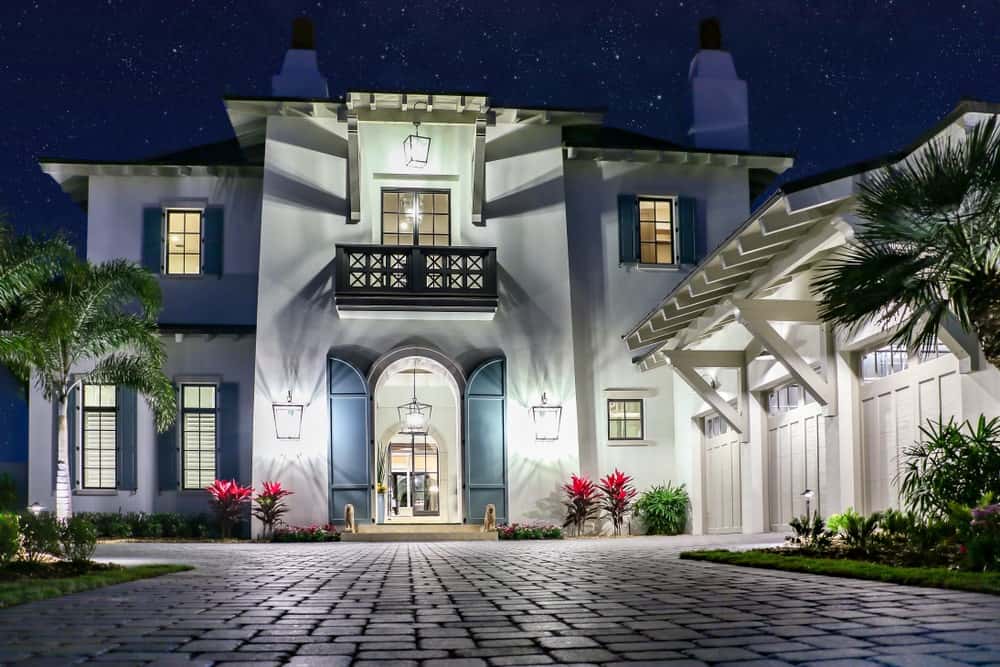 Interestingly, the square footage is absolutely up there in mansion territory. While there’s no real “gold standard” for what makes a large property a mansion, 8,000 square feet seems to be the consensus among Realtors. However, there’s also regional variations. While the Floating Chair Anomaly clocks in at 14,669 square feet and would absolutely be considered a mansion anywhere else, the broker is listing as an “estate home” on a 1.17-acre cul-de-sac.

This Austin realty group says that square footage alone doesn’t define it, but looks at other factors like whether there’s designated sports and leisure spaces and a separate home within a home Inception style, and/or living quarters for domestic workers.

Today.com profiled the home after it went viral, and apparently it features a one-bedroom apartment on the premises along with an indoor gym with basketball and volleyball half-courts. The photo of the gym within that piece is nicer than the dodgeball and PTSD-wracked gyms I used throughout middle and high school.

I think by any stretch of the imagination, this is definitely a mansion. But since everything is bigger in Texas apparently, that extra apartment and home gym would make it so rather than the sheer size.

I’m trying to envision what one does with over 14,000 square feet. We talk a lot about home size on here, and my eyes immediately glaze over at the thought of cleaning my apartment that barely clears 600 square feet. Severe executive dysfunction can be helped or totally enabled by having more square footage to play with, since it either gives you more space to actually organize things…or to just throw things wherever and completely forget about them, thus under-utilizing all that space.

Of course, most people who reside in mansions don’t do their own cleaning or anything, so they’re probably not thinking about this part. You need grounds that vast for your pet tiger to roam around. (Seriously though, don’t get a tiger as a pet.) Having space to entertain is one thing, but how many rooms would actually get used in a given day?

14,000 square feet (with a bonus of 699 more for that spare one-bedroom apartment!) sounds like a military compound. Like where 25 couples live waiting for Hale-Bopp to arrive, better get your alien abduction insurance! 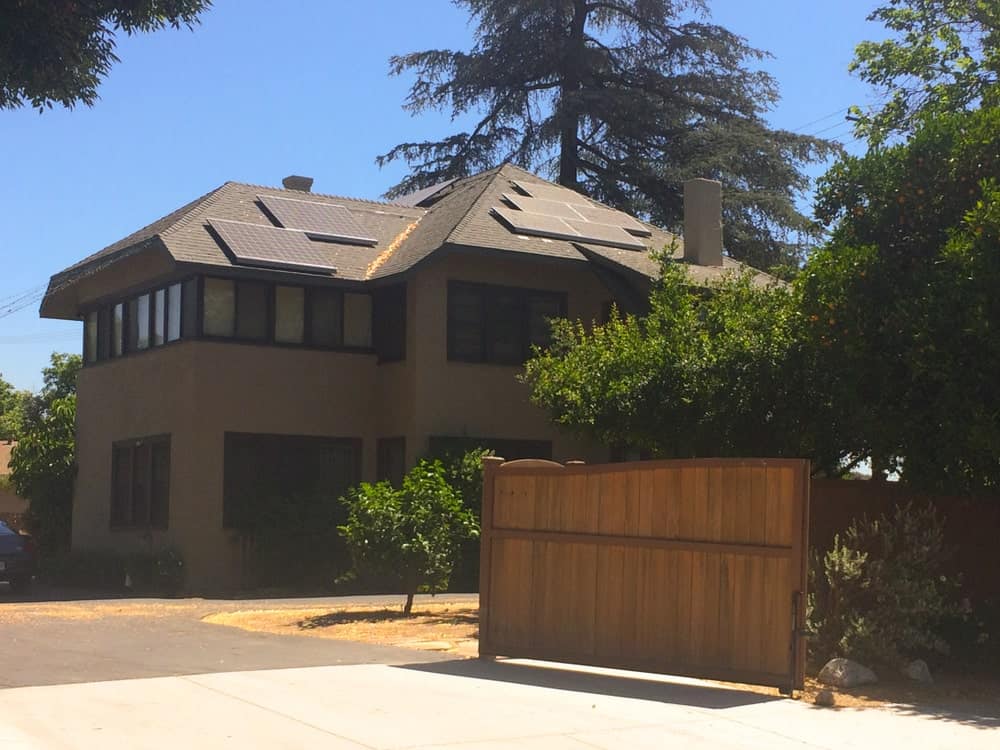 We had to break up this massive wall of text. Here’s the last home known to be associated with the Branch Davidians prior to moving into that massive compound in Waco.

But it turns out that there weren’t any doomsday cults or anything in this colossal estate, it was just a family of eight. Almost 15,000 square feet makes sense for a family that size to have breathing room and easily be able to declare a detente over how to occupy space. Having shared a room with just one sister my entire life, I’m curling up in fetal position thinking about multiplying that several times. If I had eight kids, you bet your ass I’d find the biggest home I could afford to minimize the number of arguments and nasty pranks that would break out faster than those marble-sized whiteheads one acquires with no notice at the most inopportune times.

On that note, this fabulous McMansion can be all yours for just $975,000 at the time of writing! You can’t even get a 2-bedroom condo in my city for that, and it doesn’t even come with an Inception style apartment within a gigantic lot or private basketball court. And it seems pretty isolated, so there’s probably no HOA.

Oh yeah, why those chairs though? Are they really a common fixture in Texas homes?

Floating Chairs Are Easier to Clean? 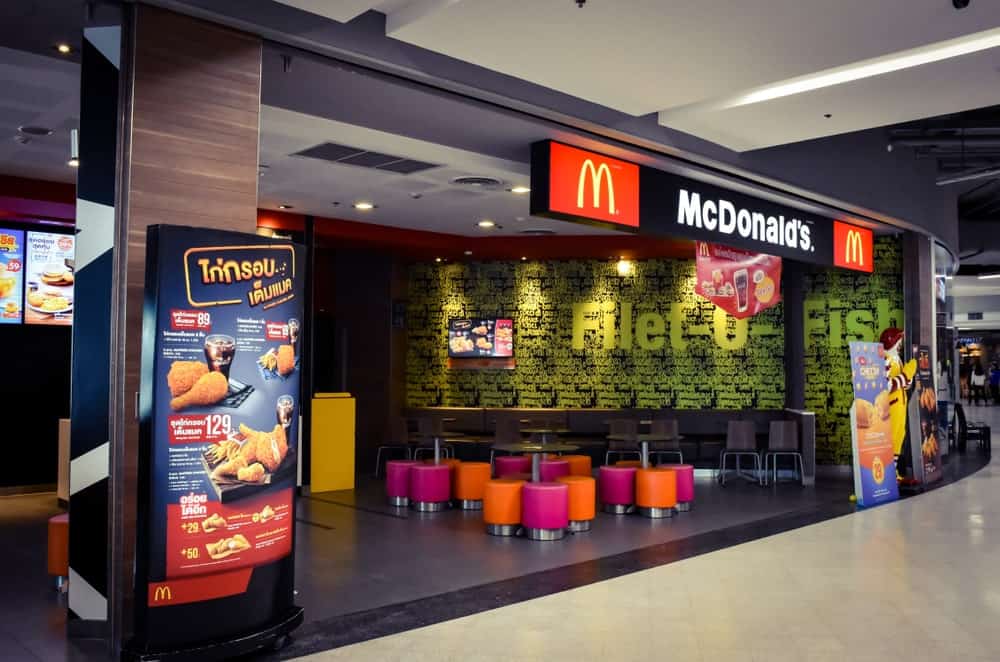 Since we can’t directly link to the photos in the real estate listing due to copyright issues, I was trying to find an image of the 1980s McDonalds chairs that I spoke of. No dice, but found these interesting colorful marshmallow-like stools that apparently replaced those swing-y floating swivel chairs I remember from my childhood.

The 26 chairs in this kitchen have drawn awe and ire from around the Internet, because even with a large family residing in this leviathan home– is 26 chairs really necessary? Better yet, why must they be permanent fixtures?

According to the commentariat of Twitter, this type of kitchen setup is actually incredibly common in homes throughout Texas. It’s your standard gray suburban kitchen, just a bigger version of it complete with granite countertops and huge islands. But the chairs set up all around them are a different story.

The rationale behind this is apparently so that it’s easier to clean underneath the stools, since the original owners stated in that Today interview that their kids would frequently have friends over and it made it easier to entertain a group that large. Think about how just a few people would easily create a huge mess, now think about why stadium and university chairs are those plastic bucket seats that don’t have legs.

I remember when I was growing up, my mother would constantly complain about having to do “chair hair”, which resulted from our dog that incessantly shed and it went to the bottoms of the chair legs like a box of paperclips to a magnet. If only she knew that these monstrosities with zero pitch for your knees were an option.

Our floors were never this clean.

It would definitely be easier to sweep and vacuum underneath leglesss floating chairs, although they don’t look very comfortable. Popular Mechanics found the viral post and gave their two cents on this, citing that the classic “Windsor” straight back chair style we know best is meant to force us to sit at a 90-degree angle, which is why the seat pan is tipped backwards. Then those preachy MFs go on about how sitting too much is bad for you, and we should just sit on bar stools because clearly, they don’t know any short people. Or disabled people, for that matter.

Floating chairs may be an odd choice, but bar stools are hell to climb on and get off of. Plus, they probably don’t solve the problem of being easy to sweep underneath.

I can think of one other benefit: you won’t stub your toe on that fucking chair. I say this after doing just that on the weird attempt at futuristic chair sitting in my office. Okay, NOW I see why this large family living in a home the size of a cult compound opted for 26 of those legless oddities.

Home Expert (Bot)
Hello, how are you? Ask me anything about interior design, home improvement, home decor, real estate, gardening and furniture.
34 shares