Are glass luxury condos ruining cities? I think so and I explain here why I believe they are an eye-sore in addition to causing many other problems in cities worldwide. 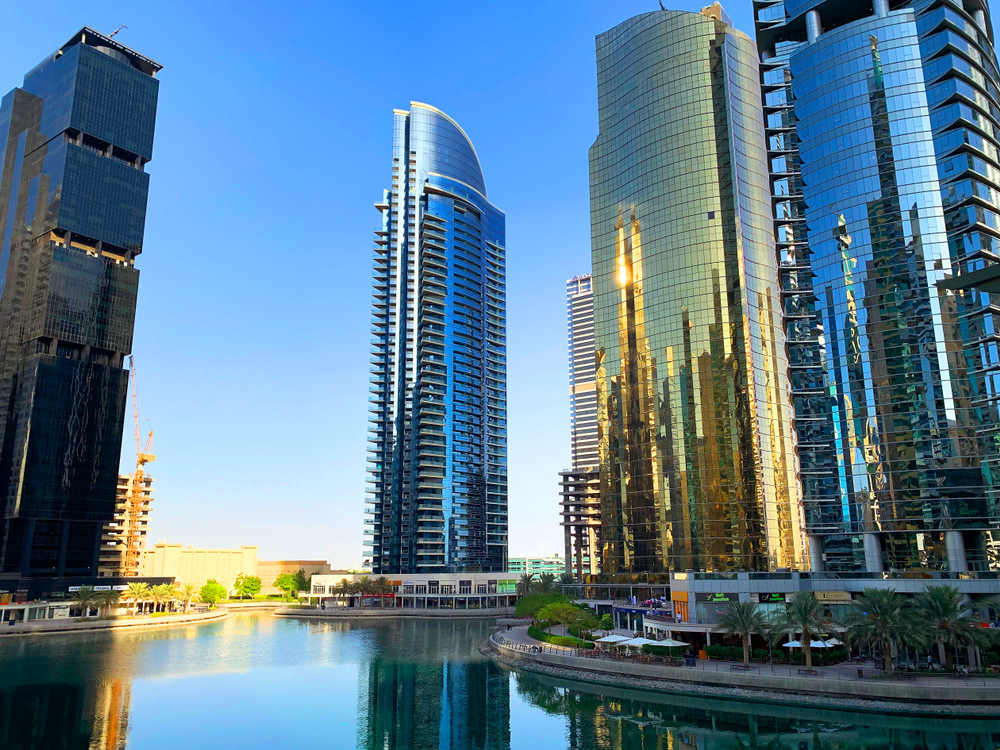 Someone had to say it: glass luxury towers are like the STD of New York City real estate.

Everywhere I go, they’re cropping up like that wilted, quickly-rotting box of spinach I can swear I already threw out three times that somehow magically reappears in the fridge. It’s not just in Manhattan either, where they’re spreading like glass kudzu over places that once held court to thriving performer communities like Music Row and the West Village. They’ve been mercilessly plopped in major metropolises around America, and as higher-density housing starts to become more ubiquitous the closer a major town is to a big city, those eyesores are even appearing in select suburbs. Of course, this was right after leaving clutter and pointless gentrification in their wake throughout Brooklyn and Queens.

If McMansions are the human centipede of housing, glass luxury towers are their cousin: Decepticons that just burn everything in their paths, nothing but glass plate dick-waving contests that ruined the Manhattan skyline instead of a frat house floor.

So without further ado, here’s why luxury towers are just the worst!

The Insidious Origins of the Glass Luxury Tower 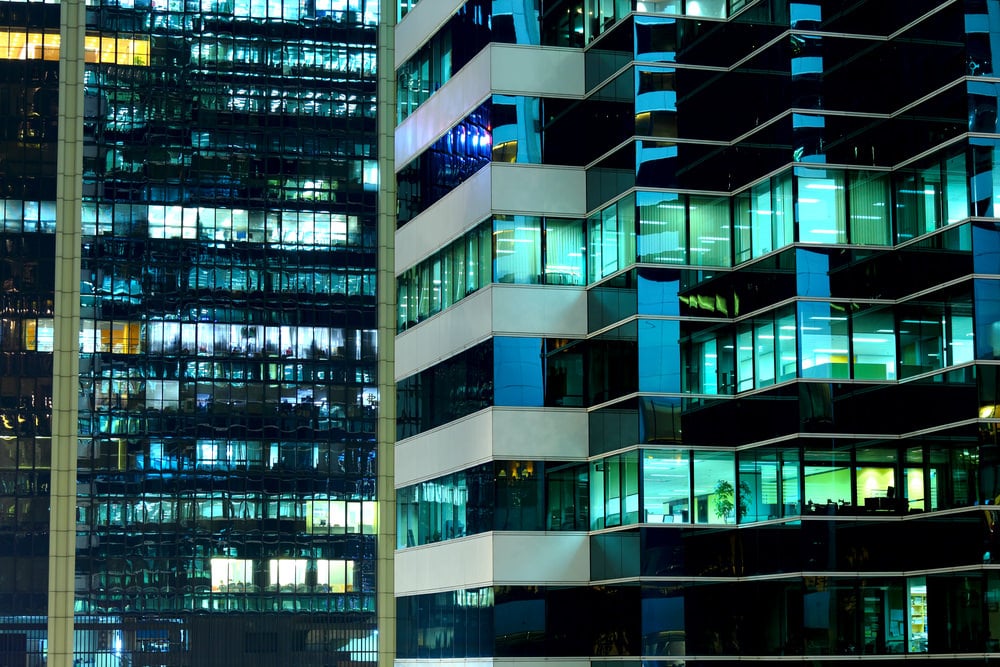 Much like Chesterfield sofas, glass towers were not originally that ubiquitous. The former was found in a beloved nobleman’s home then suddenly everybody wanted one, and at least it was actually intended to be sat on. Glass towers were initially designed only for commercial buildings to set them apart from the small business and residential structures that mostly used bricks or wood. No one lived in giant fishbowls or even wanted to contemplate that.

All-glass walls in particular were relegated to office buildings and became synonymous with New York City being the beacon of modernity and homeland of commercialism. If your workplace had a glass “skin” in the 1950s and 60s, it granted the worker serious bragging rights. And if Oz was the Emerald City where your wishes could be granted, the looming mirrored facades of Fifth Avenue were where millions came to see their creative or capitalist dreams come to life in that age of postwar prosperity. But with the 2020s about to commence, all of these totally monolithic glass towers dotting the avenues sure as hell don’t make me feel like I’ll be back in The Bronx if I just clack my red sequined Chuck Taylors together (what? Ruby slippers got a more podiatrist-friendly update since the 1930s.)

According to the Skyscraper Museum, the Seagram Building at 375 Park between 52nd and 53rd designed by noted German architect Mies van der Rohe in the late 1950s was the first skyscraper that utilized floor-to-ceiling glass. The 38-story building still stands today as a prominent example of functionalist architecture, and is actually the reason why glass became so synonymous with wealth. Initially meant for the Seagram distillery’s corporate offices, Seagram heiress Phyllis Lambert gave van der Rohe an unlimited budget to basically go completely batshit with the glass and features to make it unspeakably luxurious. 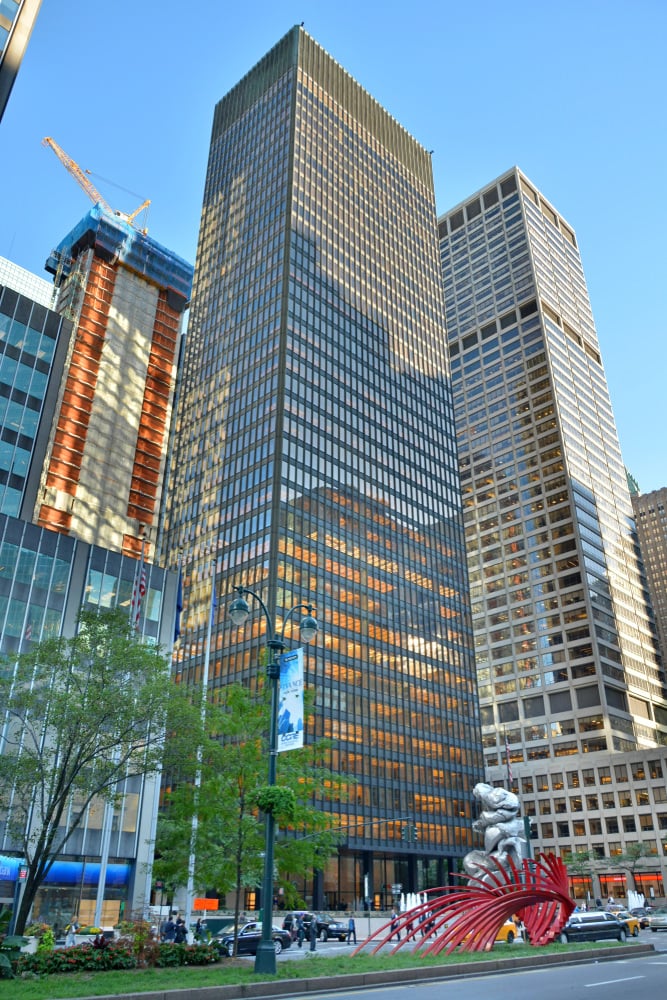 It doesn’t look that unique or iconic to the untrained eye, but the Seagram Building was considered the height of luxe modernity back then.

van der Rohe dubbed this style “curtain wall”, and other builders started catching on. Once the “greed is good” mantra started catching on, the wealthy wanted another way to distinguish themselves from the peasants throughout Manhattan. They looked to the flagrant yet then-innovative displays of wealth with the glass towers in Midtown, and decided it was time to incorporate these features into residential architecture. So it’s no surprise Trump Tower became one of the first residential developments to utilize curtain walls, but so did the Olympic Tower and Metropolitan Tower. The beacon of 1980s gaudiness, it’s like a Pier 1 Imports exploded inside of a Cheesecake Factory except it’s now surrounded by tinted glass.

See also  10 Overrated Small Kitchen Appliances I Wish I Had Never Bought (or Would Never Buy.... I Hope)

Today, obnoxious glass luxury towers are largely synonymous with gentrification and corporate chain takeovers mowing down the city. They’re not updating old buildings, they’re putting up these giant fishbowls that seem perplexing as hell to actually live in. I mean, if you have to sit on your ass in a glass-enshrined corporate headquarters all day to afford an apartment like it, do you really want to go straight into another one to go home?! 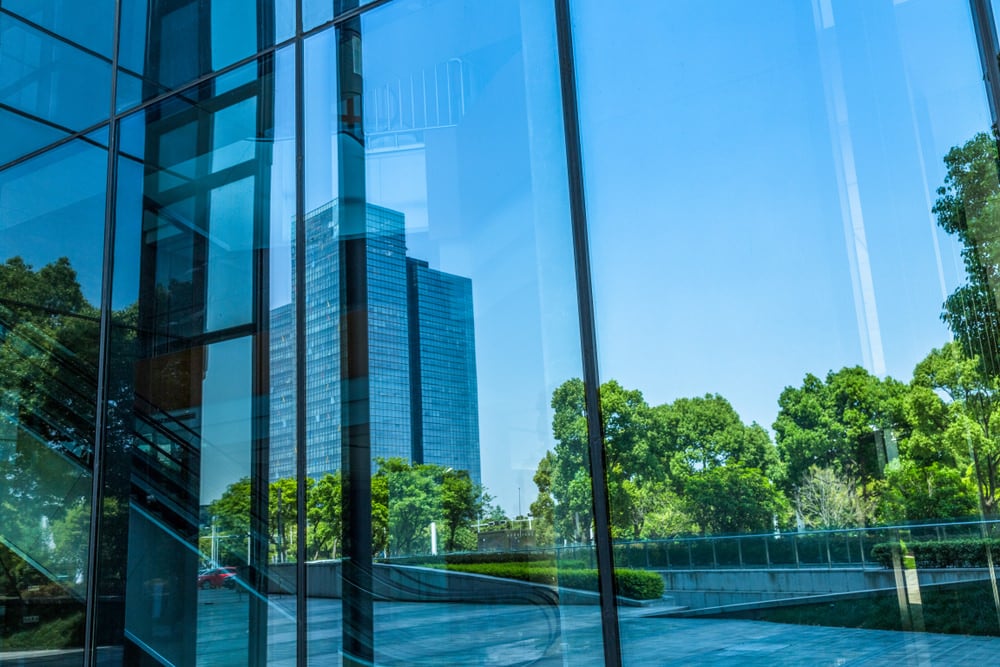 What’s the most baffling is that you’d think having curtain walls would mean higher energy efficiency: all that sun coming in could mean getting to cut energy bills, right? In my far more modest and ancient digs in The Bronx, the whole purpose of the giant picture window in the living room is to flood the place with sunlight so I only have to put the lights on when it’s dark or overcast.

Nope! Screw the natural light, these wasteful battlements of sand particles are actually extremely hostile to stabilizing temperature, and require more energy to attempt maintaining them than structures with more natural and mechanical ventilation.

Air conditioning is the only thing that can make these buildings bearable and New York summers are no joke. No matter how old your building is and what it’s made of, it’s going to feel like a crematorium from May-September. You’re absolutely getting a huge-ass air conditioning unit if your dwelling doesn’t have central air. Central air is definitely not an unreasonable feature to have in a modern building, and I hope to hell I get it if I sell this place down the line. But it’s not just the air conditioning and heating that’s causing such an outrageous uptick in energy consumption. The symbol of oligarchy known as 432 Park, a place that’s ostentatious even by Billionaire’s Row standards and became notorious for its low-density multi-floor apartments, reportedly uses 73% more energy than the median for other residential developments in the city. This comes from the obscene heating and cooling costs as well as ultra-luxury amenities like climate-controlled wine cellars, private saunas, and heated pools that definitely don’t have 50 people in them at a time like Spa Castle. 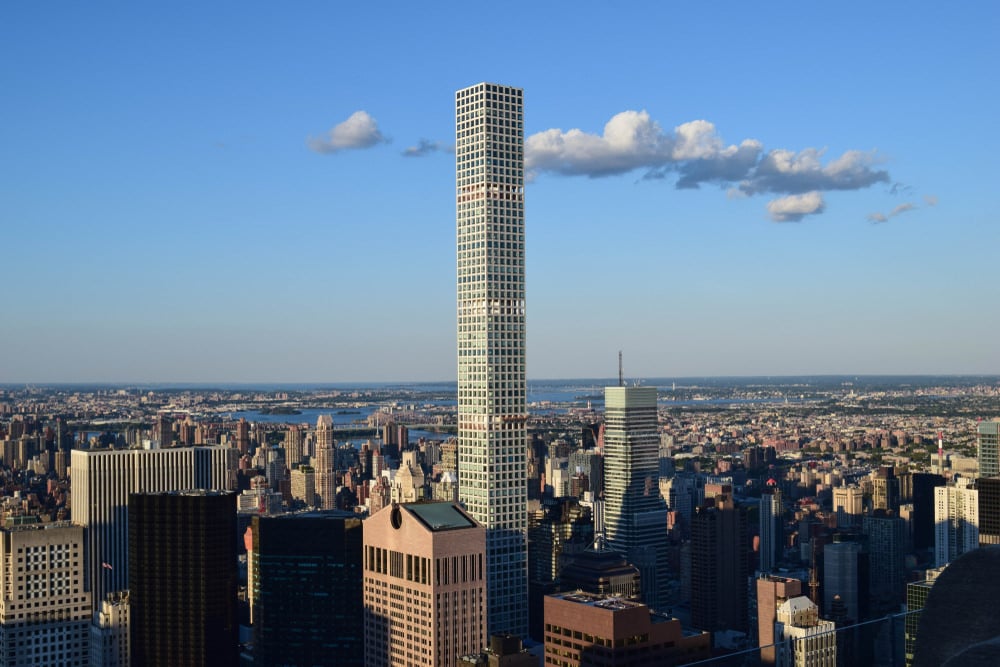 All that glass, but what they really need is a frigging mirror.

But sure, Jan. Shame people for needing straws to drink or having to ride a shitty sky bus to get from Point A to Point B because there’s no feasible alternatives. Yes, it’s REALLY the straws and asthma inhalers making the planet resemble a bread heel that got jammed in the back of the toaster.

Living Among All of That Glass Isn’t Even That Great…. 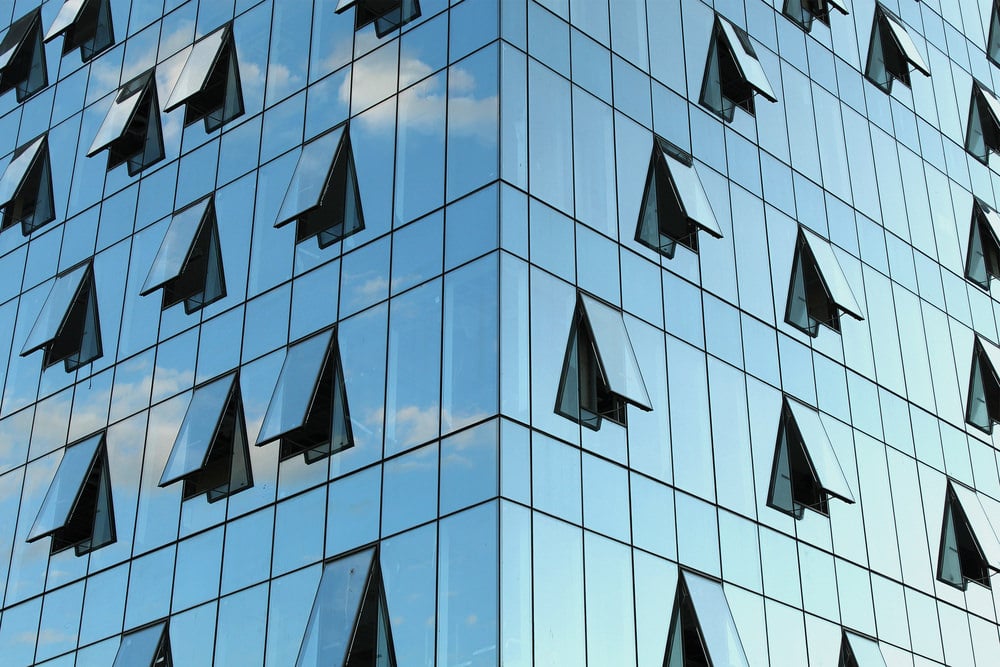 While heat is free in New York City apartments, air conditioning that sucker is going to cost a lot of money. Doesn’t seem like a concern if you can throw down the smackers to buy or rent one of these places, but if Con Edison charges $150 a month to cool a large studio or small 1-bedroom in the summer, expect a glass curtain condo’s bill to be more like $300-400.

Because you have so much sun coming in from the gigantic panes that go from floor to ceiling, you need to do something about it so it doesn’t get unbearably hot. Having all that natural sunlight can just plain go to waste when you need to install blackout blinds and drapes like the kind you see in hotels.

Plus, there’s the whole needing a system and protocols for privacy. This might not be a big deal if you have the penthouse or a 52nd floor unit in a neighborhood that’s on the quieter side. But if your window faces the corporate offices across the street or some other residential development with an equal amount of floors, you have no idea who’s watching. They’re not called fishbowls for nothing. If you can drop a few million bucks on an apartment, or several thousand a month in rent, SURELY you want the luxury of being able to walk around without pants or enjoy some special guests without a bunch of fucking pervs potentially watching?

What’s even the point of that curtain wall if you have to get blackout drapes or shade out most of the membrane? I’m just glad my condo came with a set of blinds where I permanently dragged them halfway up to just sit on top of the air conditioning unit. 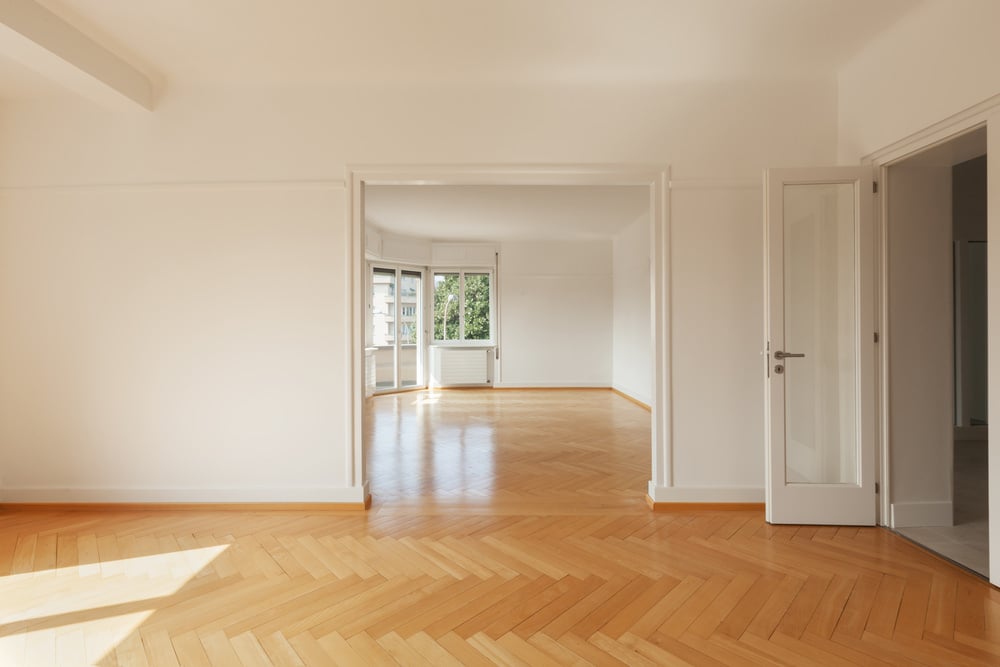 Apartments, apartments everywhere yet so many people are mysteriously unhoused or living in squalid tenement-like conditions despite being in their 30s with professional class incomes.

What’s most insidious of all is that despite glass architecture guzzling wasteful amounts of energy just to maintain themselves, let alone any additional amenities they could contain, is that these luxury units are barely even occupied.

Say what you will about the early glazed shrines to avarice that first popped up in the deregulation era: at least people actually lived in them. A majority of these new glass luxury towers scattering the High Line are mostly sitting empty.

Trawling the StreetEasy forums one night, I found a post by some irate finance bro who seemed really outraged and perplexed that someone was walking on the ceiling above him. He was even angrier than he heard a couple talking and their baby crying next door. At first I laughed my ass off and found myself saying out loud, “Dude, buy a house in Jersey in something. Newsflash: you have neighbors and they actually LIVE IN their apartments.” At first I dismissed it as someone young and privileged who’s not used to city life. But as the thread progressed, I saw that he apparently used to rent one of those polished beacons of mediocrity where it was dead silent. Well, it’s dead silent because he had no fucking neighbors despite the old place having more units than his new one.

As real estate developers get into dick-waving contests over whose tower is bigger, building what’s essentially a glorified frog tank, they’re also sucking up tax incentives for these projects such as the infamous Hudson Yards graft. The largest development in the city since Rockefeller Center, we got a bunch of pricey fishbowls for maybe the 10 wealthiest people in the world and a $200 million staircase to nowhere. No one even wants to go there unless you HAVE TO be there. No one even uses that new 7 train stop on 11th Avenue unless you have to be at the Javits Center, or are shopping at B&H.

Think it’s exclusive to NYC based on everything I told you so far? Don’t worry, it’s coming to you too. If there’s no ultra-rich locals, then it won’t be long before foreign investors also come to you to buy up less-obvious property to basically use as an overseas bank.

That’s all they are. A bunch of wastefully ostentatious banks while the rest of us would simply kill for an elevator that doesn’t break once a week, or paying $2,000 a month for a roach-infested dump with a cracked sink and being told to be grateful for it.

We’d be better off melting down all that glass and using it for a communal tree frog habitat while building housing for the rest of us that just has a few nice updates and communal areas. At least they’ll actually do something about all the roaches. 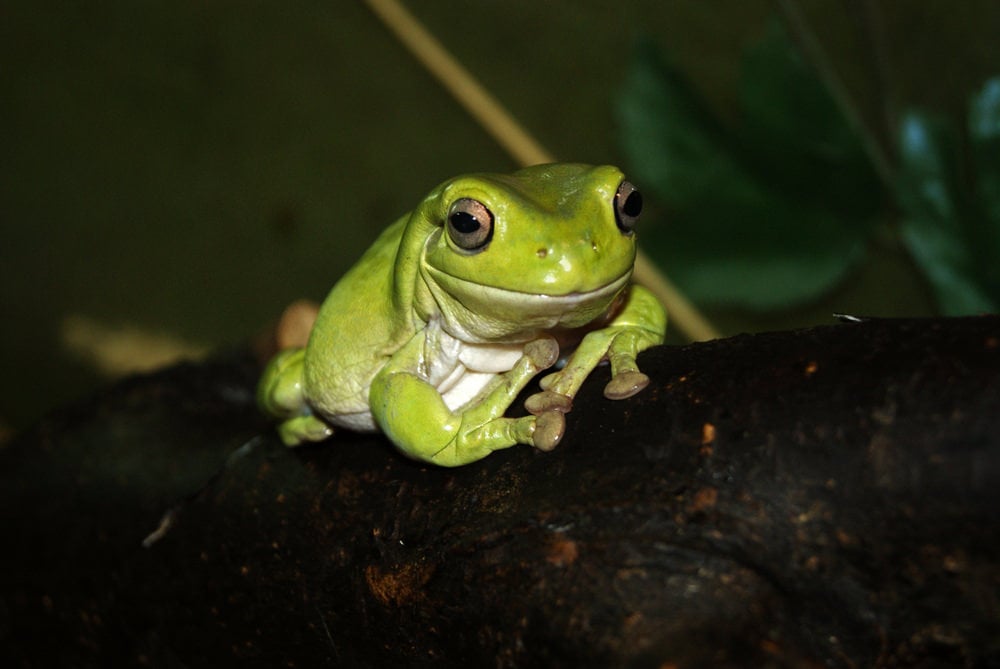