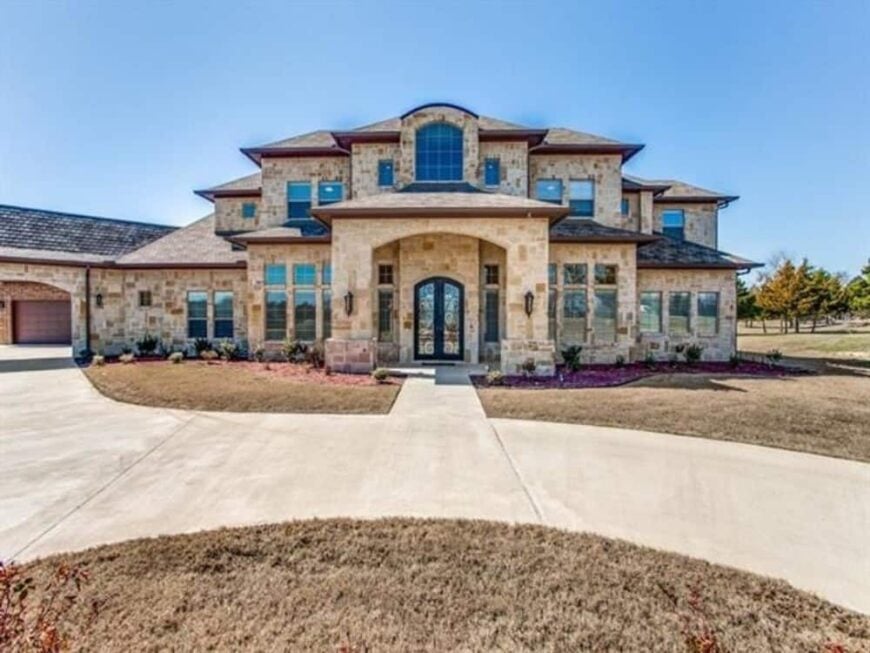 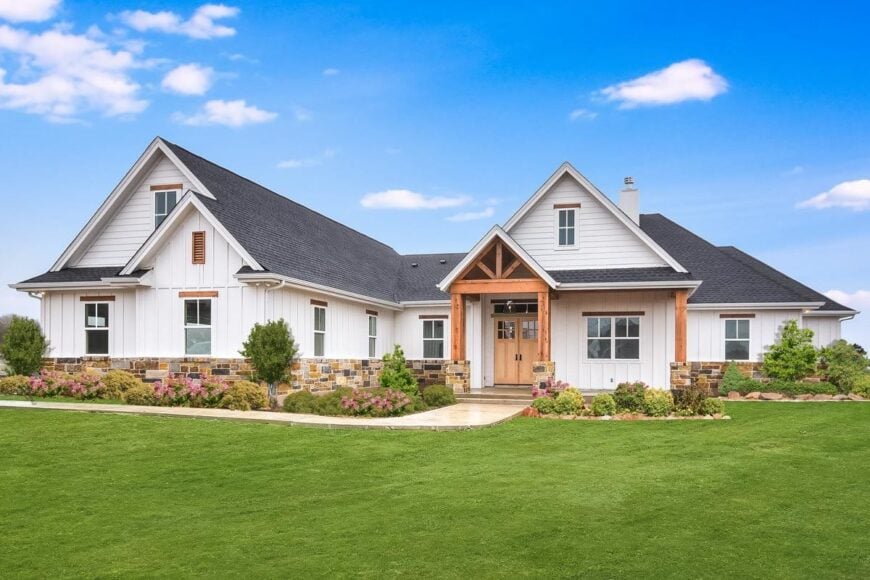 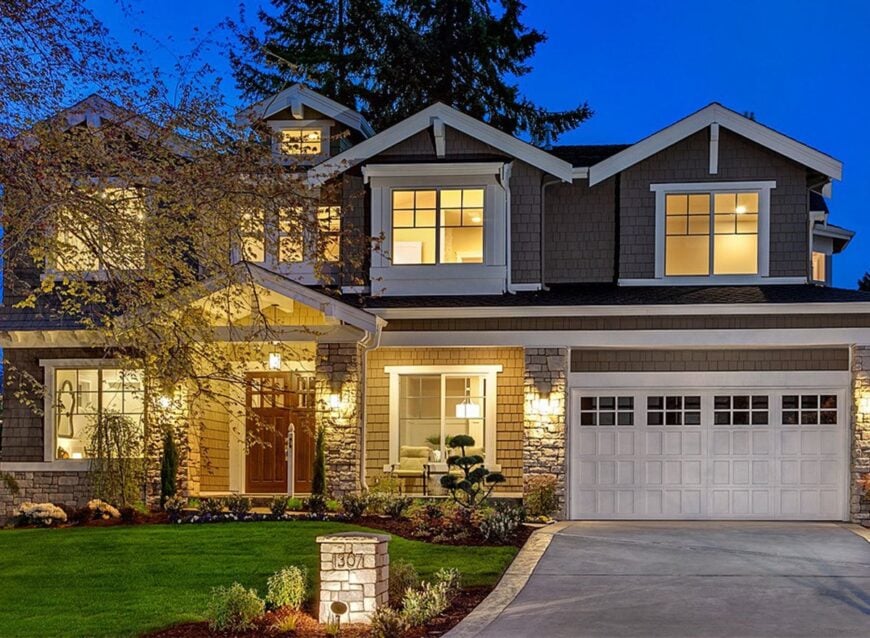 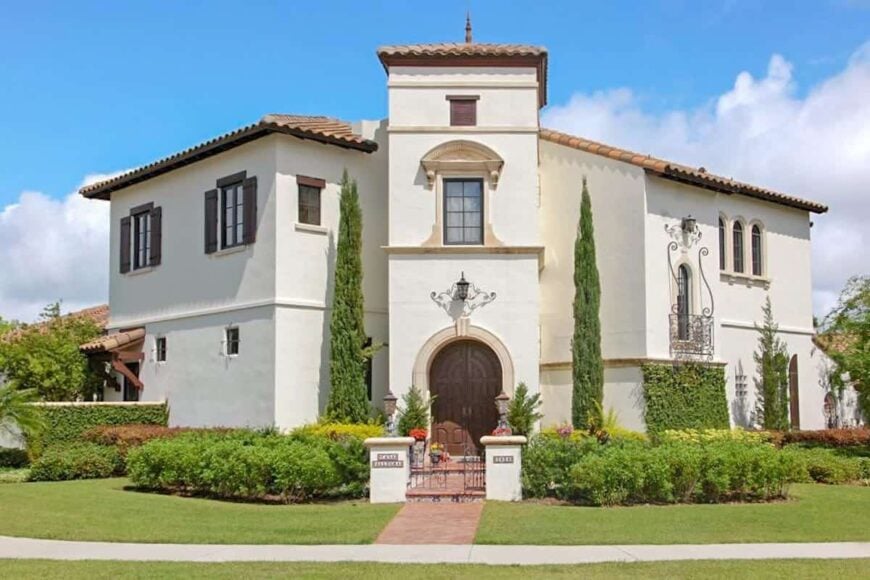 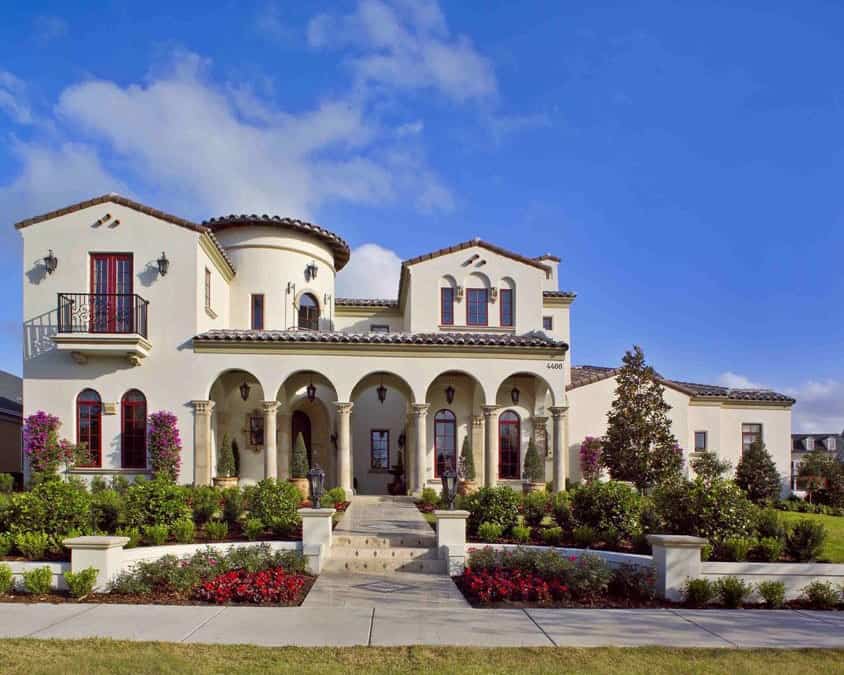 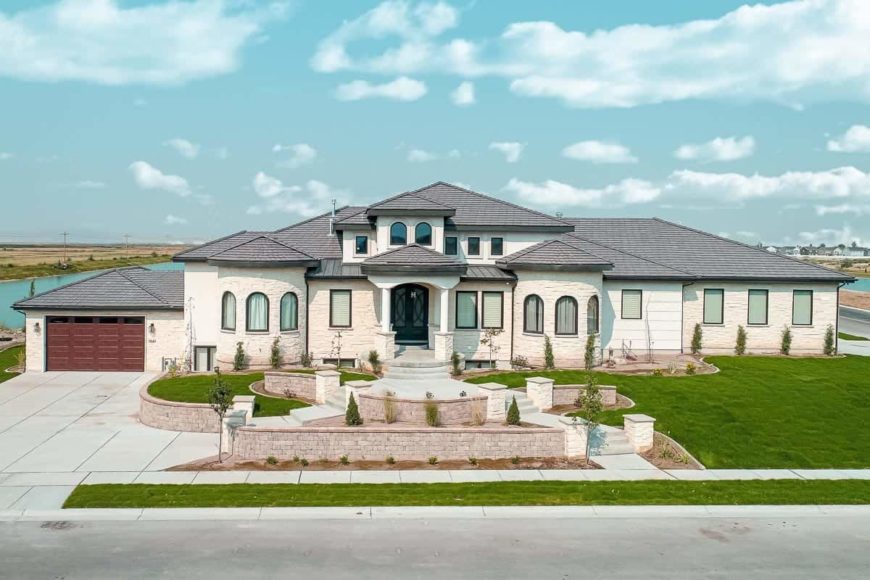 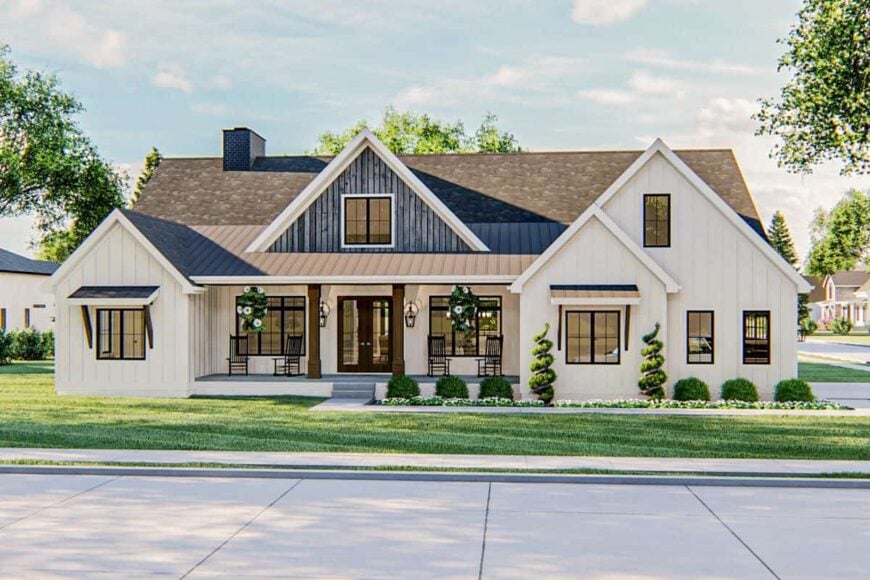 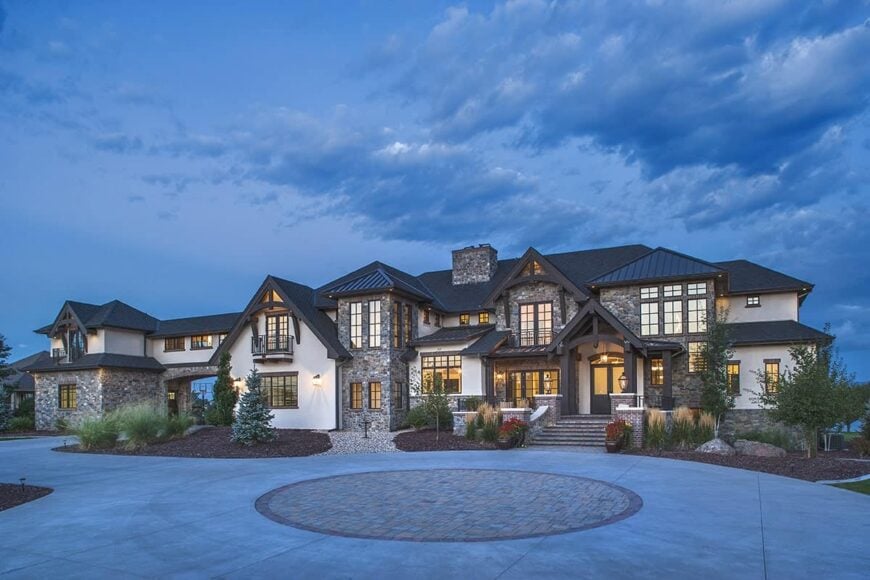 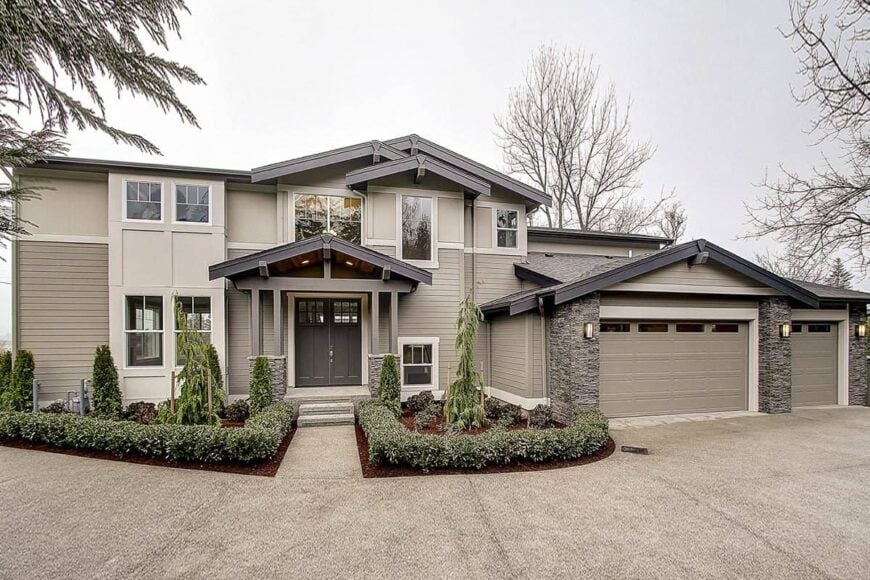 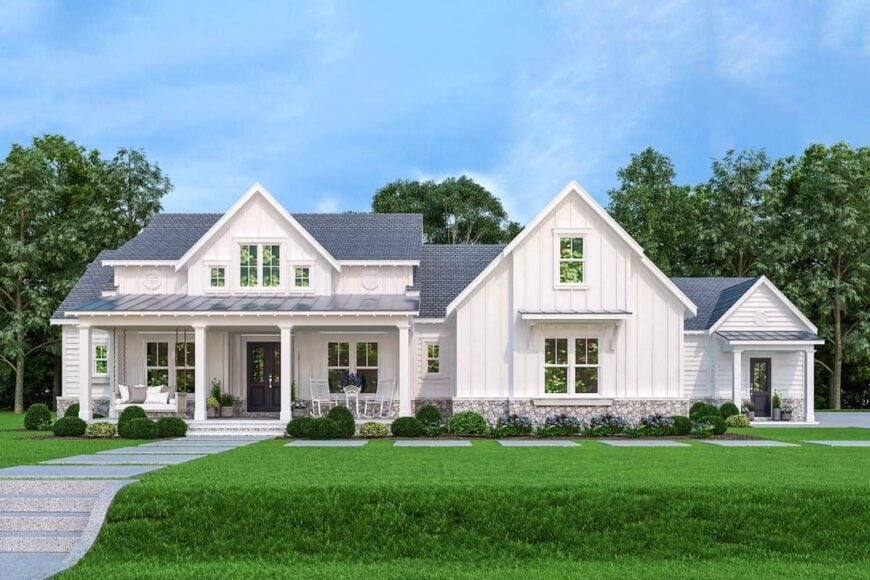 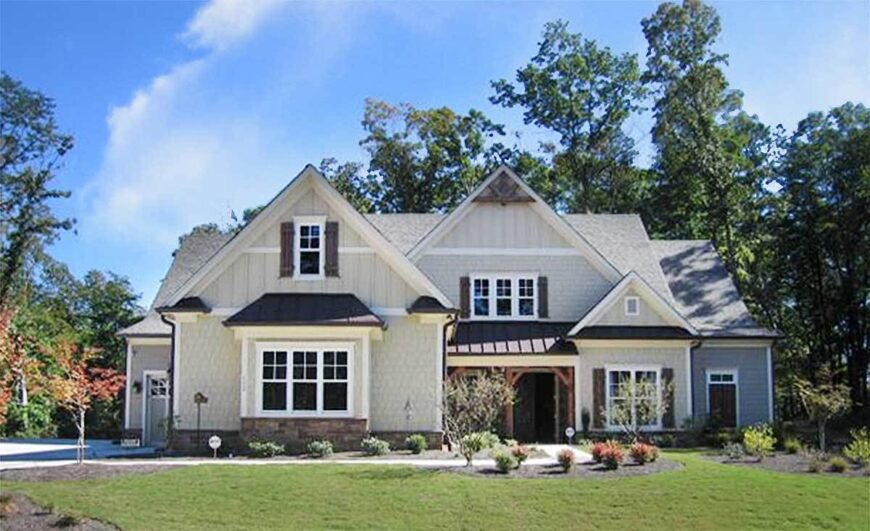 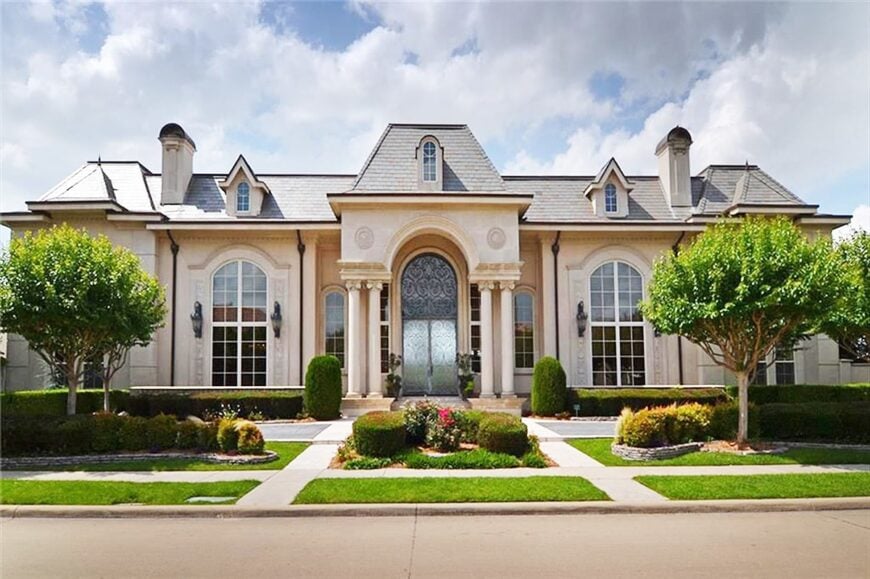 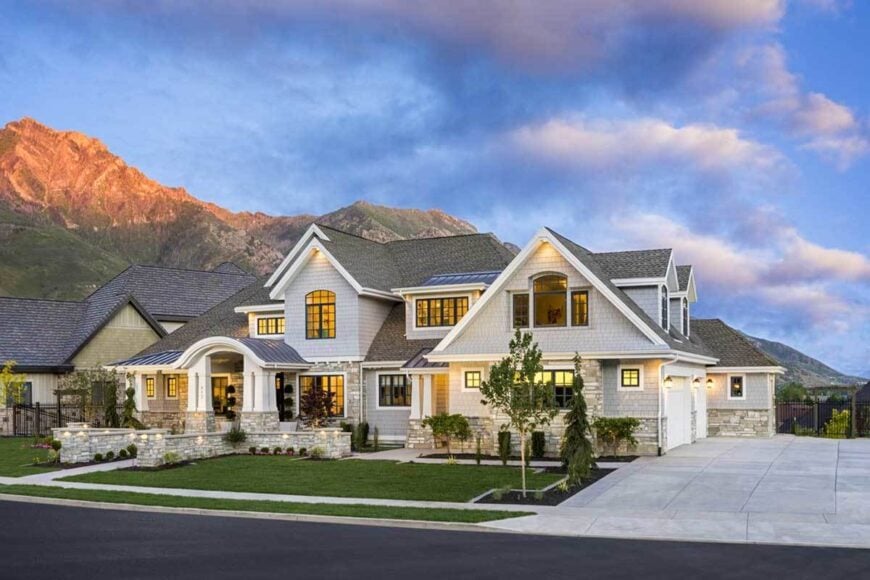 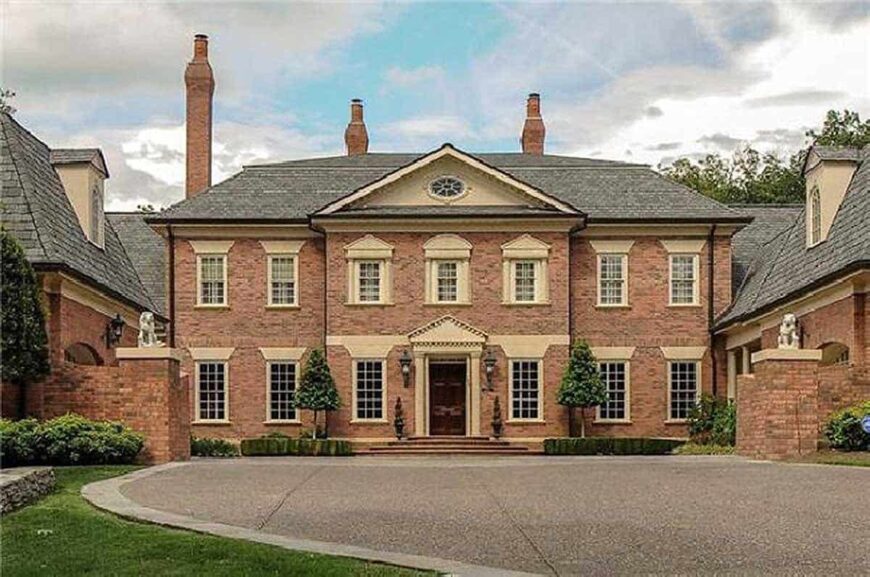 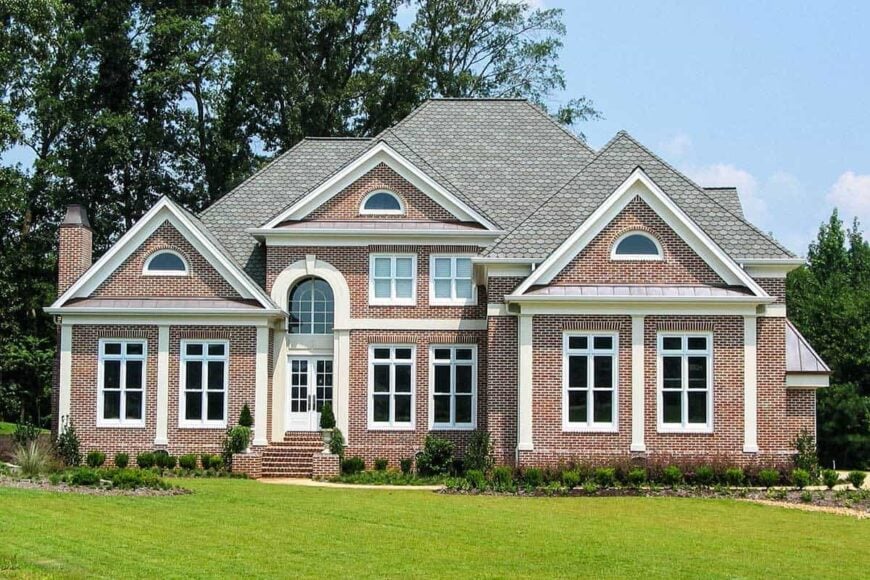 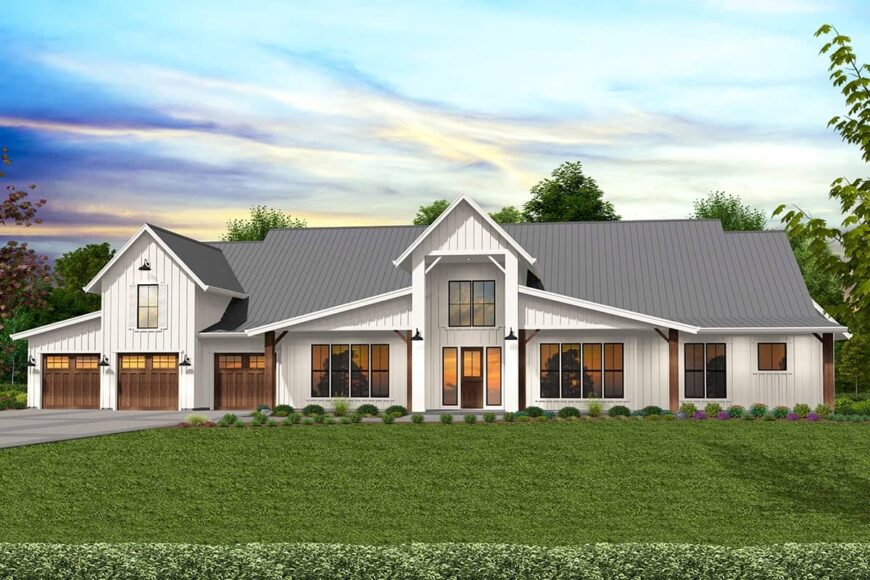 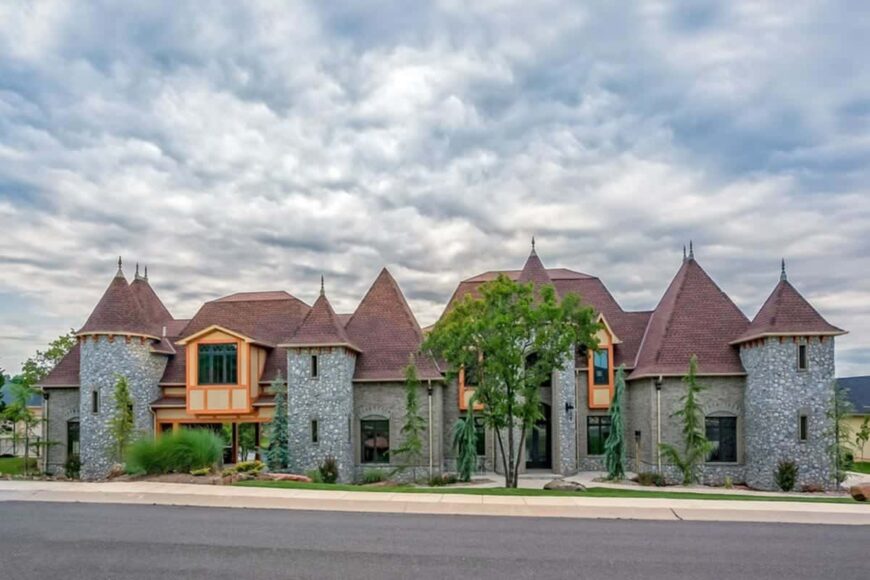 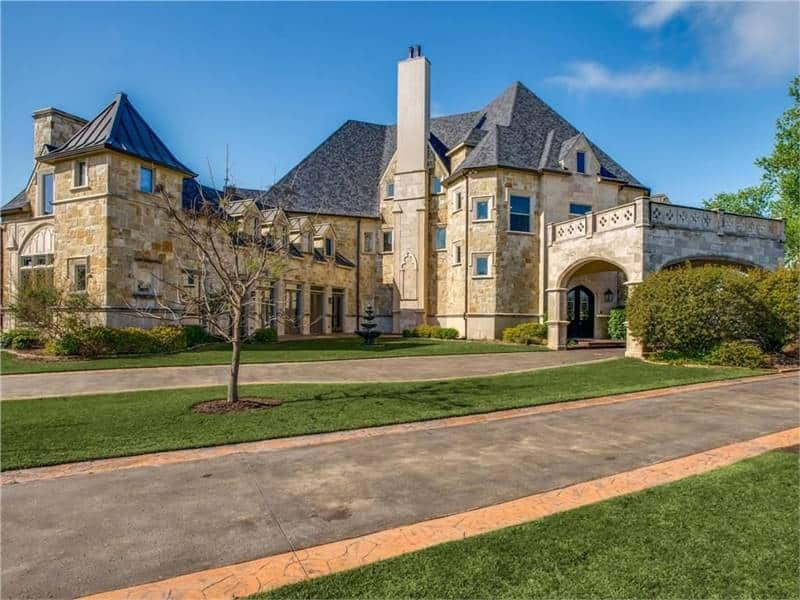 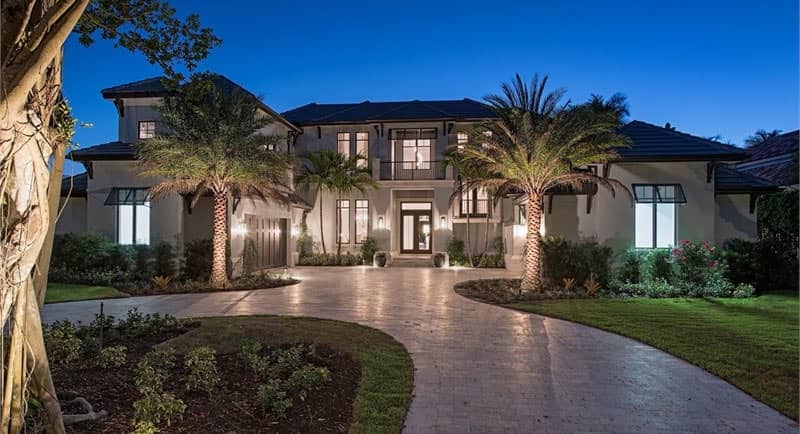 I love old-world architecture that embraces contemporary design. This is one great … 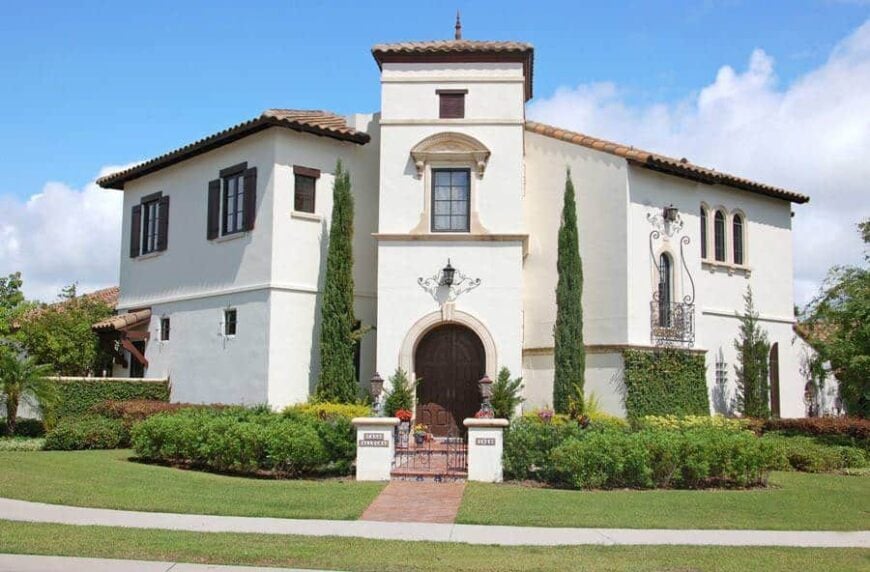 How large is a 6 bedroom home?

How large would you like it to be? There are some, but not many, 6 bedroom floor plans for homes as small as 2,500 square feet. That size, interestingly enough, is about average for all new homes in the US these days. You can fit a lot of bedrooms into a house that’s not overly large.

Are all 6 bedroom floor plans multi-story?

2 story floor plans are most common, although one-levels layouts do exist. To put 6 bedrooms on one story, you’ll need room on your lot to spread out that 2,500+ square feet of floor space.

There are quite a few plans with partial second stories, that is, with one, two or three rooms above one or more sections of the house. These are some of the more interesting designs, and they allow for vaulted ceilings in the living room or great room.

3 story floor plans are generally reserved for large and architecturally imposing homes. Most are upwards of 4,500 square feet.

How many bathrooms do 6 bedroom floor plans call for?

You need at least enough so that no one will get lost looking for one in the middle of the night. Some experts say you ought to have a bathroom for every bedroom, while others insist one for every two bedrooms is adequate.

There are 6 bedroom floor plans with as few as 2 bathrooms. However, if there are going to be people is most or all of those bedrooms, that’s going to lead to some traffic jams and possibly some unacceptable wait times.

In a two-story house, there ought to be a full or ¾ bath (one with a tub or one with just a shower) on each floor, and it’s good to have a half-bath or two in addition. If you have 3 bathrooms with a shower or tub, getting a full house up, showered and groomed is going to be a lot easier.

How versatile are the bedrooms in 6 bedroom floor plans?

Over the years children come and go, and lifestyles change. In one era you may have folks sleeping in all 6 bedrooms, but in a different stage of life you might want to repurpose those rooms.

Many floor plans list rooms as bedroom/other. And there’s no rule against finding a different use for a room that the floor planner meant for you to sleep in.

For maximum versatility, choose a floor plan that has bedrooms of varying sizes and shapes. A large room with many windows has different potential from a small space off a long hallway. Both have their place. That big room can be a second gathering room, a large craft room or a delightful children’s playroom. The small one is more suited to a home office or a craft room mostly used by just one person.

Floor plans that are not rectangular but include rooms that extend into the yard increase the interest and versatility of all the rooms.

What other rooms are common in 6 bedroom floor plans? Which should I look for?

What rooms would you like? If you can imagine it, either it’s there or you can repurpose a room so you can have it. Studies, libraries and home offices are common. Many plans have a second large gathering space in addition to the living room, which can be set up like a living room with sofas and chairs or can accommodate row seating for a theater room. Some people like to have a second master-style bedroom. Other plans even include a safe room.

Don’t forget outdoor spaces. Floor plans often go beyond the walled space to include courtyards, patios, decks and indoor/outdoor features such as three- and four-season porches and sunrooms.

Are there alternatives to long hallways for all those bedrooms? I don’t like tunnel effect of that design.

You don’t have to have a long hallway. In fact, you don’t have to have a hallway at all. For example, some floor plans feature a central living room or great room of an irregular shape. The kitchen, the bathrooms and the bedroom all open directly onto that central space. This is more common in an overall house that is an irregular shape rather than a rectangular one.

The idea can be repeated on the second floor with a loft or central space at the top of the staircase, with all the bedrooms directly accessible from it.

Are there 6 bedroom floor plans with bedrooms in a basement or lower level?

There are. It’s not the most common plan but it does exist. Some people feel uncomfortable in a submerged room with high, small windows, while others find comfort in the coziness. All of these plans need to have emergency walkouts in addition to the main stairway.

How big is the garage in a 6 bedroom floor plan?

People love their cars and need their storage space, and the 3-stall “attached” garage is close to the standard. Maybe they should be called “integrated” garages since they’re usually built into the house rather than next to it.

The bigger plans tend toward 4-stall garages with 2 or 3 door patterns. The drive under garage is another variation.

And there are plans with a single car garage, a carport or no garage at all.