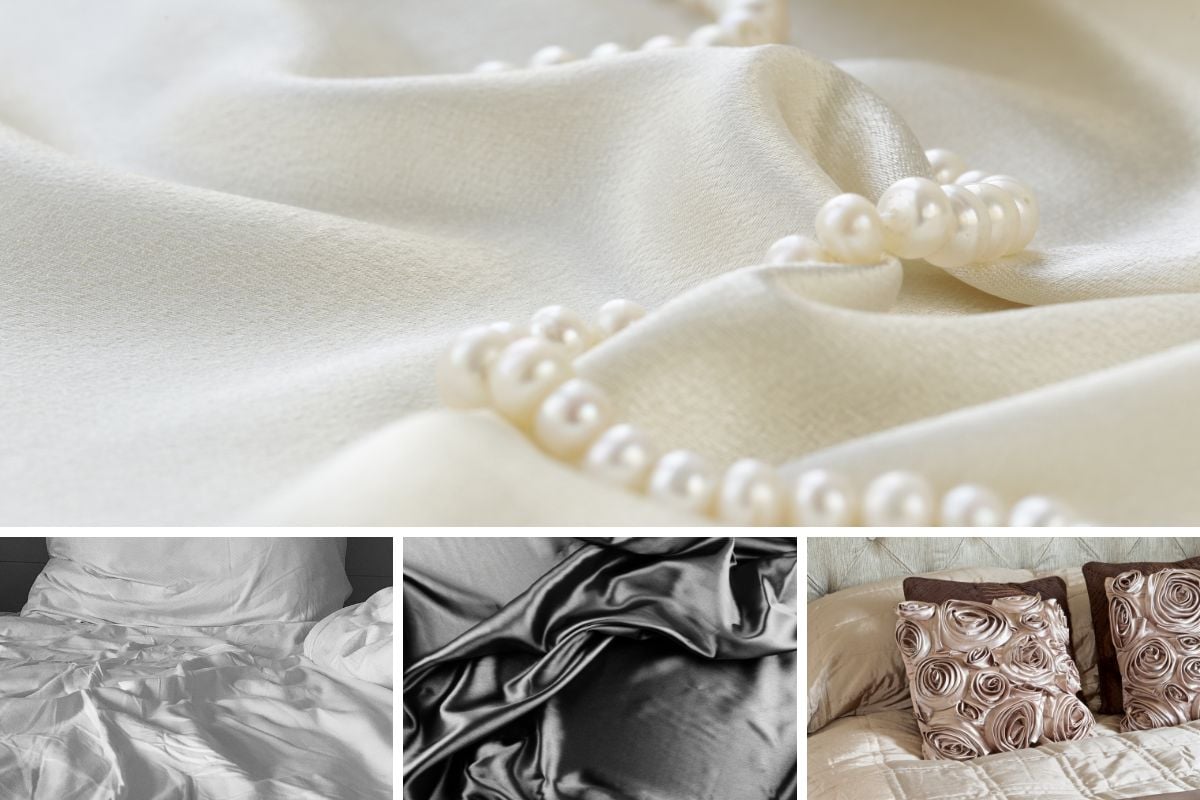 Silk is one fabric that exudes sophistication and elegance. It has the opulence and shine that many people desire in their dresses, shirts, ties, and much more. Silk is a really soft material that feels absolutely luxurious against the skin, but at the same time, it is a really strong material. It is resistant to moths, dust and lasts for generations.

Silk has been used for thousands of years and was first created by a Chinese Queen called Lady Hsi-Ling-Shih in 3000 BC. She is known as the Goddess of Silk for the invention of the loom and silkworm rearing. It was confined to China until the development of the Silk Road in 1st millennium BC.

China held the monopoly over silk for thousands of years and was an indicator of social class throughout the Tang dynasty. The spread of silk was cemented when the Japanese, Byzantines, and Arabs obtained silkworm eggs.

Nowadays, silk is a popular fabric used in everyday life. Its cultivation and manufacturing have spread throughout the world.

How is silk used in the home?

While not extensively used, silk is used for home decor such as pillows, bedding, wall hangings, tablecloths, runners and comforters. 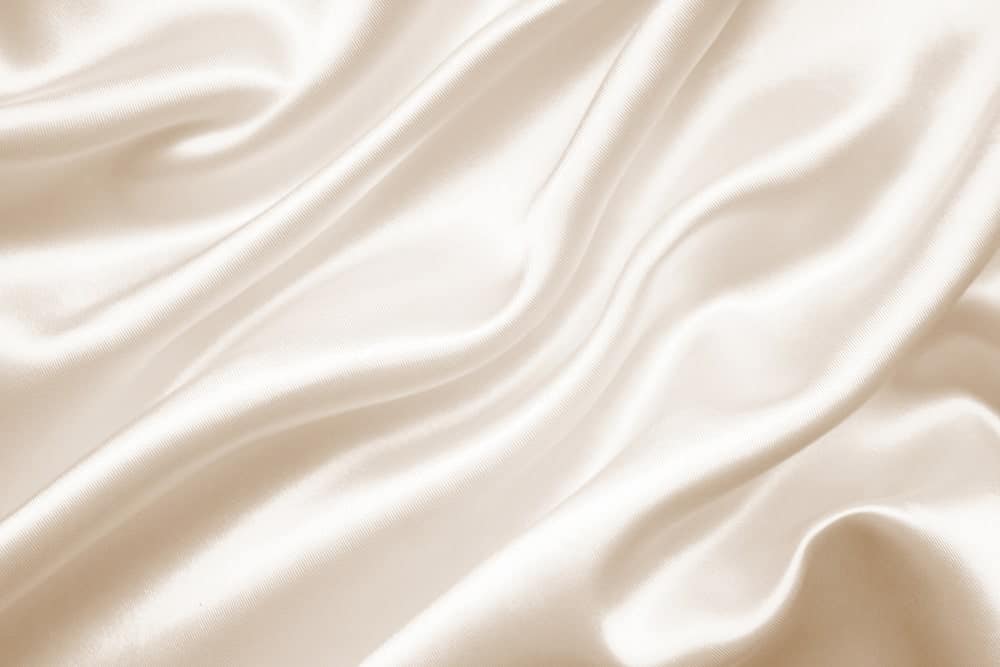 Mulberry silk is the most popular type of silk and also the highest quality available for purchase. Mulberry silk forms around 90% of all silk supply in the world. The uniqueness of the silk lies in the production process.

Mulberry silk is mainly imported from China or India where farmers grow mulberry trees. The leaves of the tree are part of the preferred diet of silkworms. The cocoons they form after eating can be spun into fibers and threads of raw silk. The production process is strictly controlled to ensure that the silkworm larvae spin smooth, fine, light, uniform, and round threads.

The resulting silk after feeding on the mulberry tree is actually some of the finest in the world. It comes in a pure white color that is highly refined and very soft. The texture and color of the silk is uniform when compared to other types of silk. Mulberry silk is the most durable material out of all types. They beat steel fibers of the same diameter in durability and strength. They also have the most luxurious feeling. 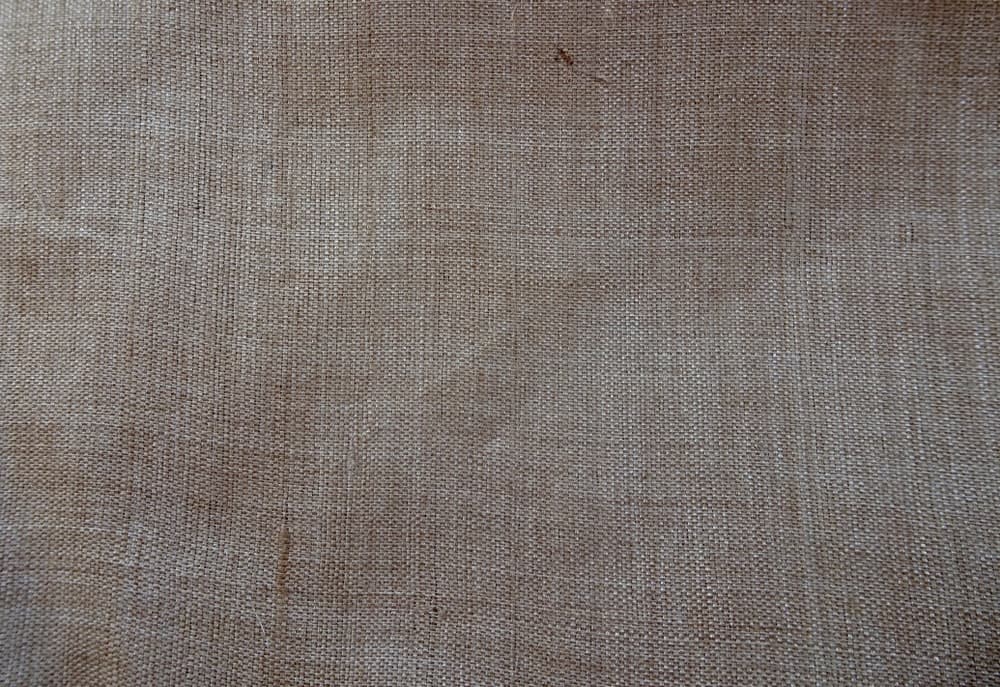 The Tussar silk is created from the larvae of the Tussar silkworm that is native to India. These silkworms thrive in wild forests in Jamun or Oak trees in South Asia. The silk they make has a deep gold color and a rich texture that is admired in many districts.

The largest producer of this silk is India, but other countries like Japan, Sri Lanka, and China contribute to the production supply as well. The cocoons of the silkworm larvae are dried in the sun to kill the silkworm or processed so that the silkworms leave the larvae. The cocoon is then soaked in boiling water and reeled which makes the silk softer.

Boiling also makes it easier to extract the silk from the cocoon. It is largely produced by the tribal areas of India. Tussar silk has shorter fiber than the mulberry silk and is more textured. This makes it less durable, but the dull gold sheen makes it a popular product.

The most popular product made with tussar silk is the sari. It is also used to make furnishing fabrics, stitched apparels, and handicrafts. Chemical dyes are also used to add color to the fabric. This makes it a popular fabric for fashion designers. 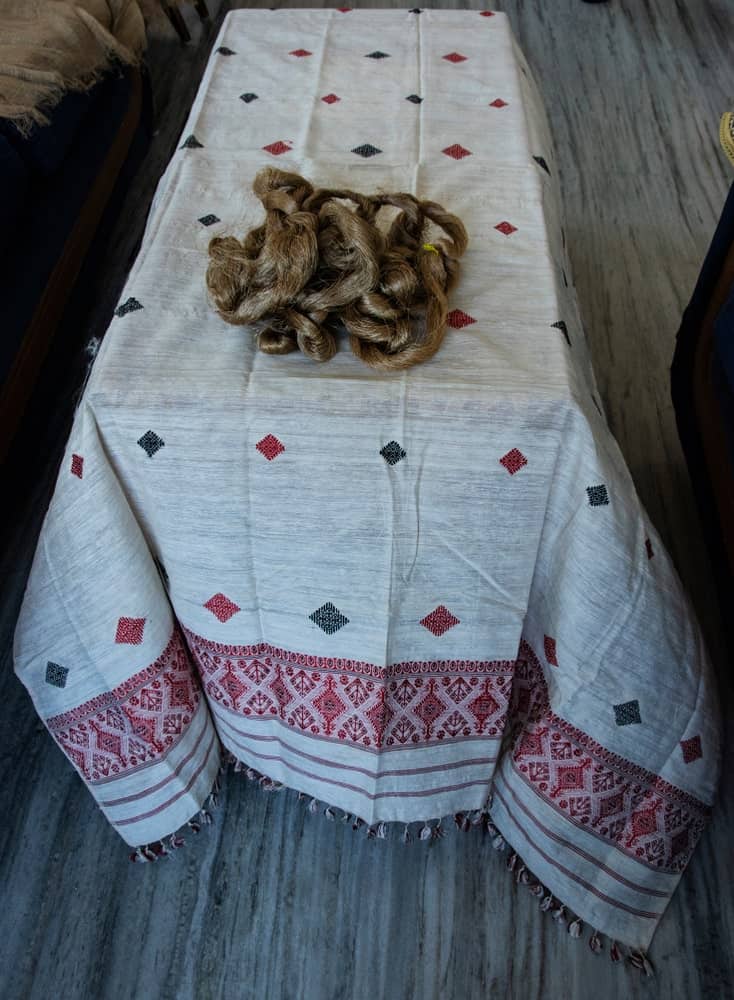 Eri silk is a popular silk item made from the Samia Cynthia Ricini caterpillar. It is commonly produced in northeast India and some parts of Japan, China, and Thailand. The name of the silk, ‘Eri’, comes from the Assamese word for castor. The silkworm which is used to make the silk feeds on castor plants.

The Eri silk is also known as the Ahimsa silk and is made from a completely domesticated silkworm. The silk is white and has a wooly quality to it, unlike other forms of silk in this article. The spun threads have a more cotton-like quality, but some can also be shiny and soft. It is often called the ‘fabric of peace’ since it is made without killing the silkworm.

The humane way in which it is made makes it popular among Buddhist monks and other people who practice non-violence. Eri silk is also used to make winter shawls, blankets, jackets, and bedspreads since it has a warm thermal property. It is very durable and strong, which also makes it popular for home furnishings like cushion covers, quilts, wall hangings, bed covers, curtains, and more. 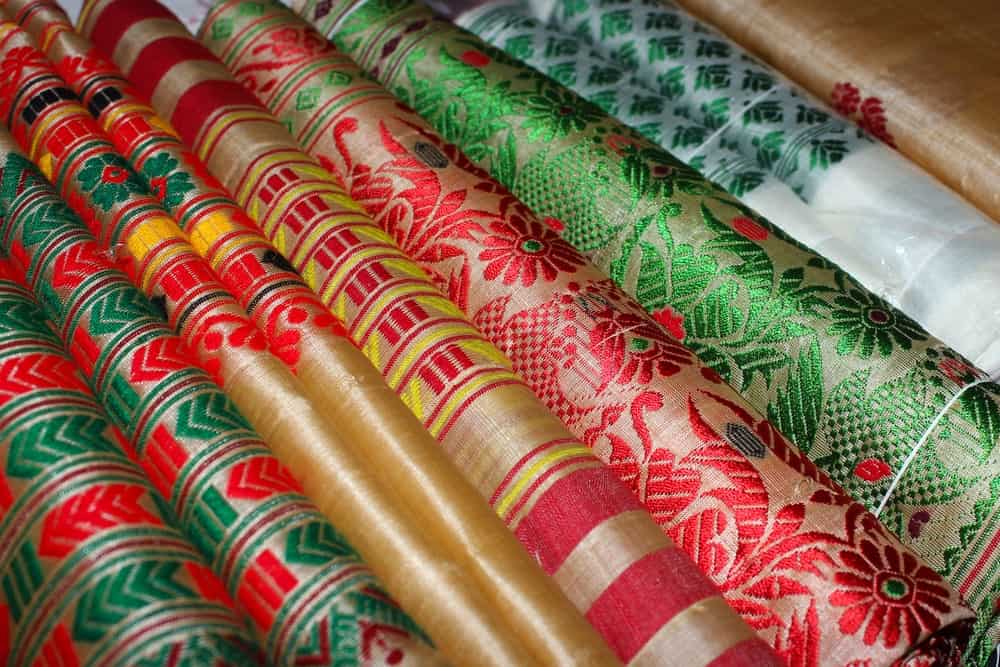 Muga silk has an amazing golden color that is very unique and creates fabulous designs. It is produced from the Muga silkworm which is a semi-domesticated silkworm. It is common in Assam where it feeds on soalu plants’ aromatic leaves.

The Muga silk is limited in supply since it is limited to the Assam area. Muga silk has a very glossy texture that makes it perfect for traditional dresses in the region, especially for the royal family. The high-quality of the fabric and the color makes it popular for saris and chaddars. The production of Muga silk is eco-friendly, but it isn’t mass produced since its high porosity makes it hard to bleach. 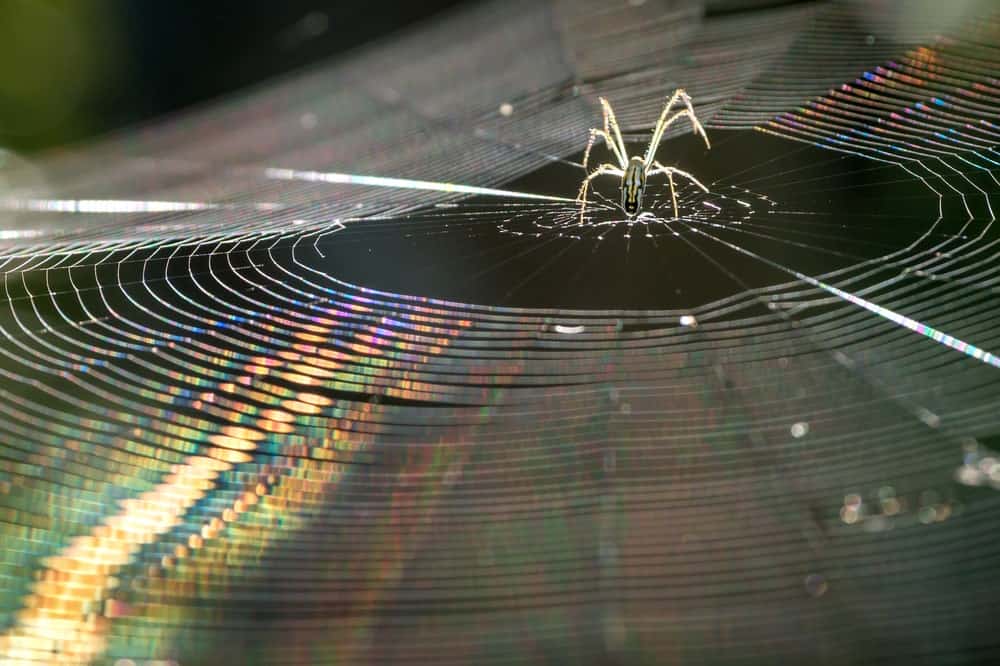 Spider silk is a very rare silk form made from the protein fiber spun by spiders. Spiders usually use the silk to form webs or other structures to catch prey. They even form their nests or cocoons using silk. The silk is also used to suspend themselves into the hair to glide away from predators or float in the air.

Spider silk has a very fine and soft texture but is still very rare to make fabric with. This is because spiders don’t breed like silkworms do and don’t produce enough yarn for large scale production. Most spider silk is made from Madagascan species since they can make enough fiber to make silk.

However, the cost of production is so high that it can’t form a major textile industry. The most durable types of this silk are used for wear-resistant clothing, optical illusions, telescopes, and bulletproof vests. 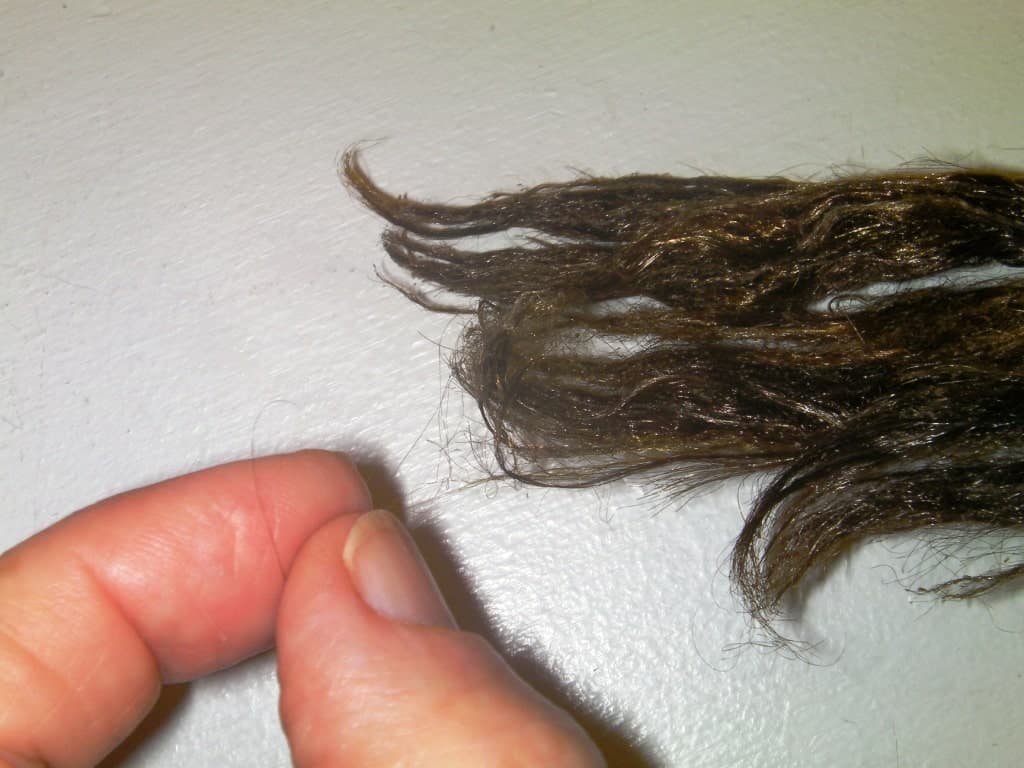 Sea silk is also known as mussel silk since it is made from the long silky byssus or filaments secreted by the glands in pen shells. This filament is used by mussels to attach to the sea bed. It is extremely valuable, rare, and fine fabric.

It has been around since the 8th century BC since Ancient Rome. However, Mussel silk was first properly produced in the Mediterranean region in the 20th century. The strong, thin fibers are used by the shell to adhere itself to rocks on the sea bed. These filaments can be up to 6 cm long are spun carefully to create the silk. When the silk is treated with lemon juice, it turns into a golden color that never fades.

The cloth produced from this byssis is really warm and light. It is finer than mulberry silk. However, it attracts cloth moths that love to eat it.

Sea silk is made from the bivalve found in Italia and Dalmatia among the shallow waters along the shore. The production of this silk is confined to Taranto, Italy. It is one of the most expensive silks on this planet due to the rarity of the fabric. Pollution has made it even more difficult to produce.

Anaphe silk is mostly produced in central and southern Africa. It is made from a silkworm known as Anaphe Reticulate. This moth is commonly found in South Africa, Mozambique, Malawi, Angola, Eritrea, and the Ivory Coast.

This type of silk has been made in West Africa since centuries. The Hausa and Yoruba people in Nigeria are the primary producers of this silk. Traditionally, the men of these regions did the weaving of this thread. The fluff from the cocoons is converted into soft and lustrous threads of raw silk.

The Anaphe silk is stronger and more elastic than the more popular mulberry silk. The material is often used to make plush, velvet, and light seat covers. The textiles from the thread are woven into very narrow stripes that are tailored together into larger pieces of clothing.

The women’s dress from this clothing is called ipele, and the men’s robes are called agbada or gbariye. Sometimes, holes are woven into the cloth, and they are called openwork. Garments made from this silk have a huge ceremonial significance in the Yoruba culture where it is worn on special occasions like funerals, weddings, and more.

This silk is made from many species of the silkworm including the Thaumetopoeidae. The caterpillars are known to construct communal nests that are the main source for the silk. In the 20th century, they have been over-exploited and coupled with deforestation, their numbers have reduced quite exponentially. Due to this, the silk is often substituted by cotton called Kugu that is dyed to resemble the Anaphe silk.

Coan silk is made from the Pachypasa Atus. The larvae of this worm can be found in Mediterranean areas such as Greece, Turkey, and Italy. The worm mostly feeds on Pine, Ash Cypress, Oak, and Juniper trees.

The worms spin white cocoons that are then treated to make raw silk. Coan silk has been used throughout history and was worn by dignitaries during ancient times. Roman nobles were often seen wearing the crimson-dyed clothes made from the Coan silk.

The silk is no longer produced commercially since there are superior varieties of silk available for purchase. The limited output also makes it hard to manufacture on a big level. It is used many times to create a durable and strong fabric by mixing it in other types of silk. 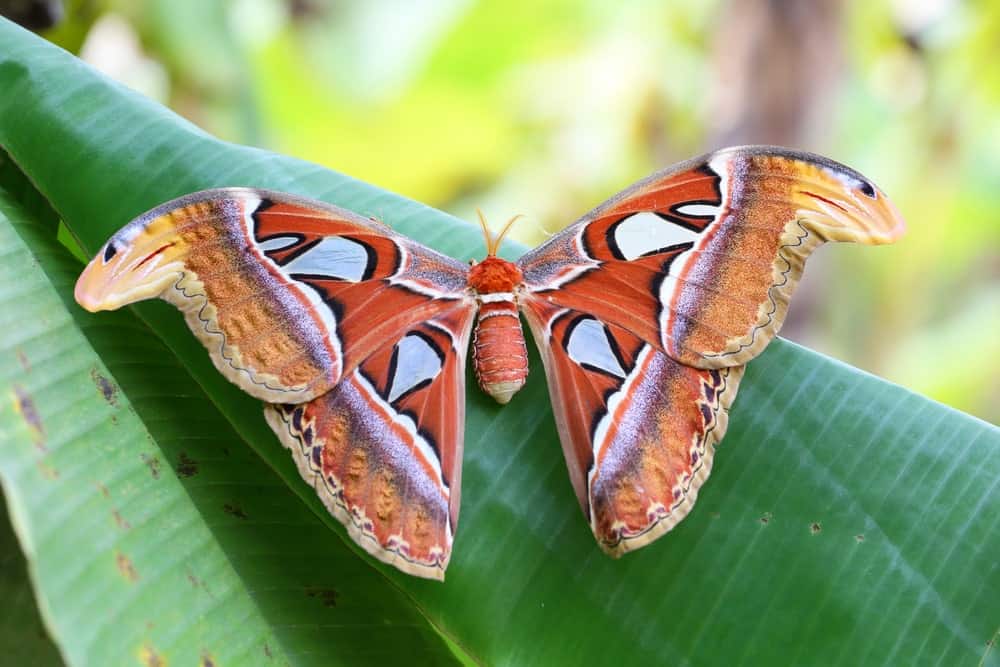 Fagara silk is made from the cocoon of the large silk moth called Attacus atlas L. They make light-brown or tan cocoons of about 6 cm long. The moths are found in Indo-Australian regions like Sudan and China. The caterpillars mostly feed on plants like avocado, mango, camphor, guava, and other rainforest trees. The silk can be used to make shirts, scarves, ties, and purses. 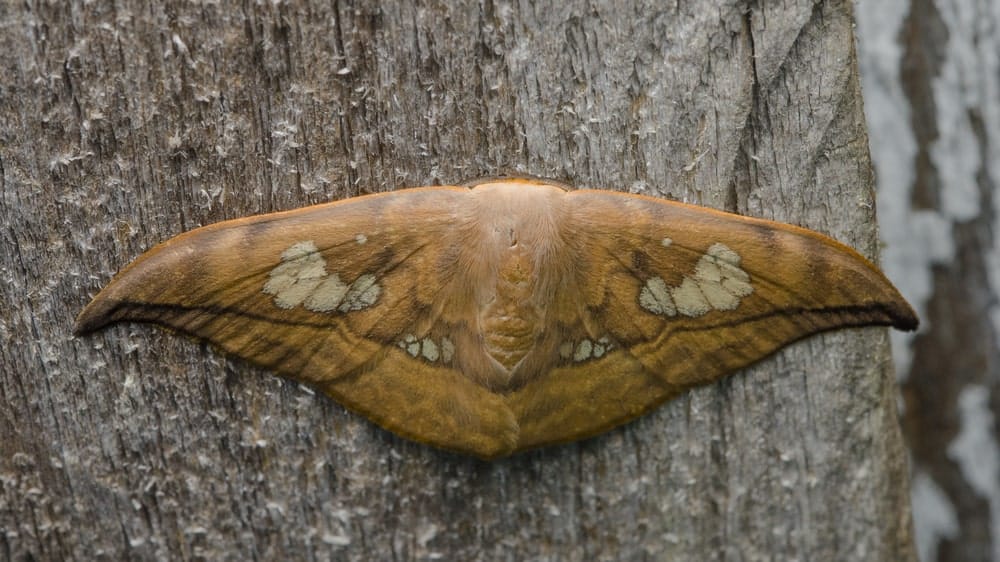 The Cricula silk is made from the silk moth in the genus of Cricula. There are more than twenty different species of the moth that are found all the way from the Philippines to India, as well as eastern Indonesia. The silk made from the larvae of the moth has a dull yellow color that is very different from the metallic gold color of the cocoon.

The Cricula silk isn’t manufactured massively since processing these cocoons is really tedious work. The difficult task is that when you are constructing this silk, you need to remove the urticating hair that the caterpillar is prone to shedding. If you don’t remove these fine hairs, the fabric can be really itchy to wear.

Silk is a really wonderful fabric that is used to make a lot of products around the world. It is produced in many regions of the world since it is beloved for the fine, luxurious texture that it has. As time moves forward many things will be forgotten and become part of history book, but one thing is for certain, due to the love of silk by billions around the world, silk is going to be part of cultures around the world for a long time.

Home Expert (Bot)
Hello, how are you? Ask me anything about interior design, home improvement, home decor, real estate, gardening and furniture.
31 shares