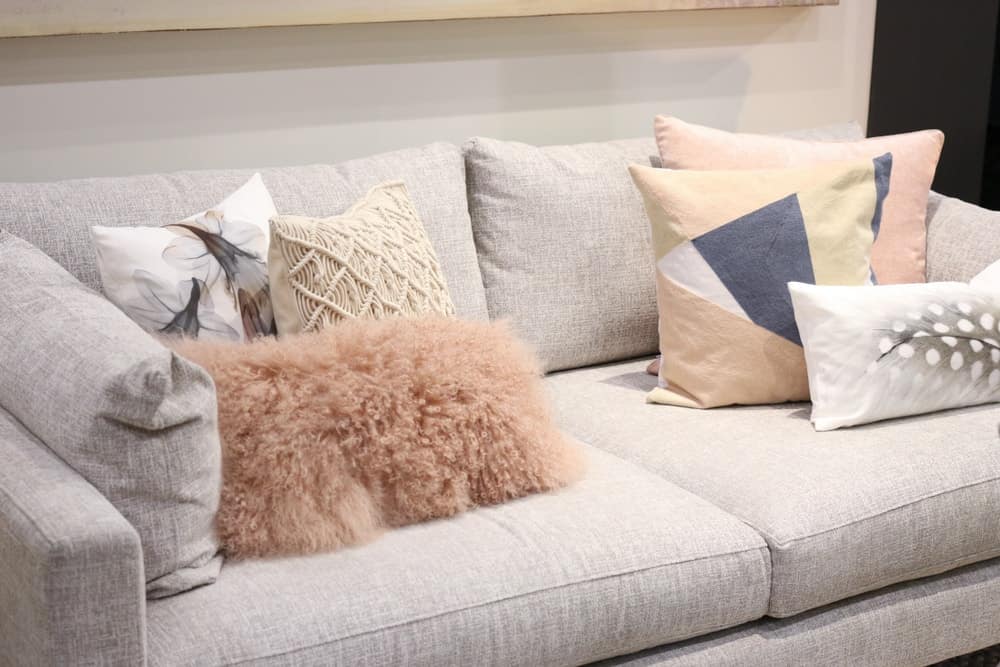 Loveseats have been around for a long time, since the 17th century to be exact, and have hosted many date nights for people throughout the United States and beyond over the years. This is mainly due to a loveseat’s distinctly small size, which is typically only fit to seat two people comfortably; providing an intimate seating arrangement for someone and their significant other.

While the term itself can refer to a wide range of options for seating, including an S-shaped sofa, which lets people sit face to face on the same couch, or a simplistic wooden bench that has two cushions, by far the most common type of “loveseat” is the two-seater sofa. You’ve probably seen this type of loveseat at a friend or family member’s house in the past, and maybe even own one yourself.

Regardless, if you like to be sitting close with a loved one, or simply want a sofa that won’t take up too much space in a small living room, the loveseat might be the best option for you. In order to understand why a loveseat is called a loveseat, we’ve put together this guide below:

Table of Contents Show
What Exactly is a Loveseat?
Why is it Called a Loveseat?

What Exactly is a Loveseat? 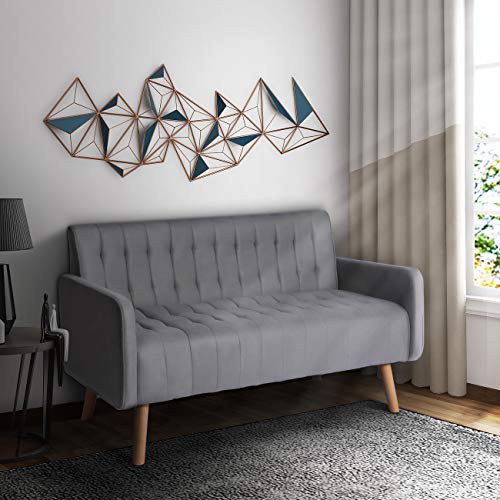 A loveseat is really a chair designed for two people but with the look of a small sofa. It usually looks like a small couch and is made for two people to sit comfortably. They are perfect for an area that is too small for a large sofa but still needs seating. It can also work to complement another larger sofa. Some people use them to add seating in a bedroom.

The loveseats of the past looked very different than they do today and had a more literal design. They often were just a large chair with two seats usually shaped like an “S”. The seats faced each other.

In definition, a loveseat can be any type of chair that has two seats. This a broad definition but they can be made of any material or design. Loveseats can also appear in any location inside your home or even in parks or gardens.

Loveseats have in current times have become small sofas ranging in size from 40 inches to 70 inches. Larger than 70 inches is considered a sofa and smaller than 40 inches is a chair.

Many people will use loveseats in their home to add style and a feeling of extravagance as opposed to space-saving seating. Loveseats are often sold with living room sets that include other pieces like sofas. They are great for cuddling with your partner or relaxing with a book.

They can be used to add seating or comfort in bedrooms, entries, or anywhere people congregate in the home. Typically looking like a small sofa, loveseats are seating made for two people.

Why is it Called a Loveseat? 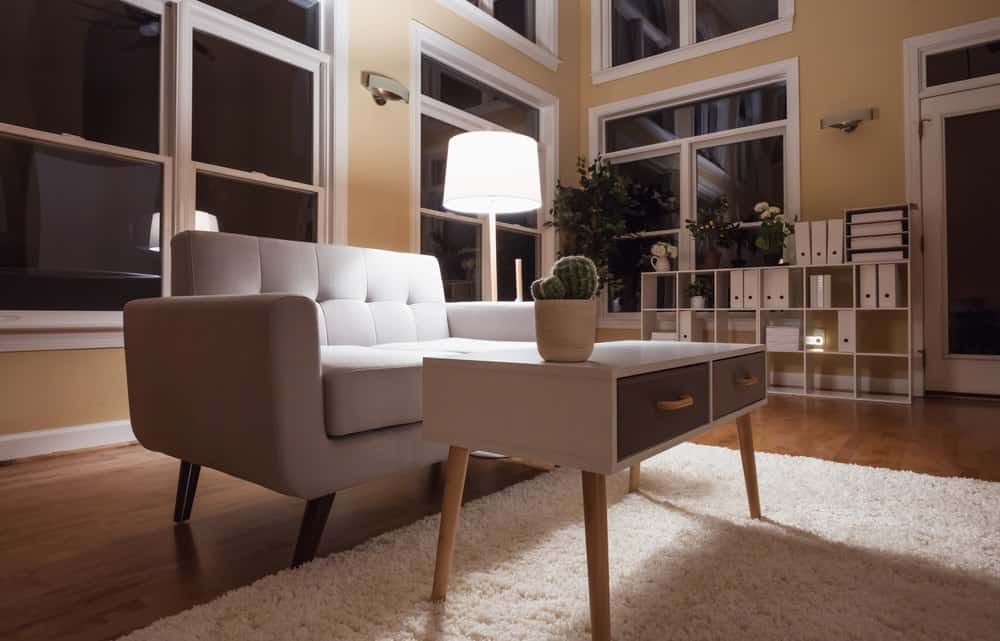 A loveseat derives its name from holding two people close to one another. First invented in the 17th century, this two-person chair was intended for women wearing large dresses with hoops to sit comfortably.

When they first arrived they had an “S” shape and people were facing each other while also being close enough to hold hands. They were perfect for intimate conversations and the name loveseat was developed. They were often used for couples who were courting. Used for romantic reasons since the 17th centuries they were popularized.

The loveseats of the 17th century were not designed with upholstery and cushioning as they are today. Mostly they were made of wood and very simple looking. The seats were larger than regular chairs allowing women in large dresses to sit.

Over the course of time, the fashion of the 18th and 19th centuries saw ladies’ dresses slimmed down. They found they needed less room on the chairs and saw an opportunity to sit with another person. This also created a more intimate and private conversation.

Social norms during this time required a high level of decency. This seating arrangement allowed for a courting couple to have close conversations while maintaining an appropriate image. Loveseats were only present in the homes of upper-class people and they became a status symbol of elitism. 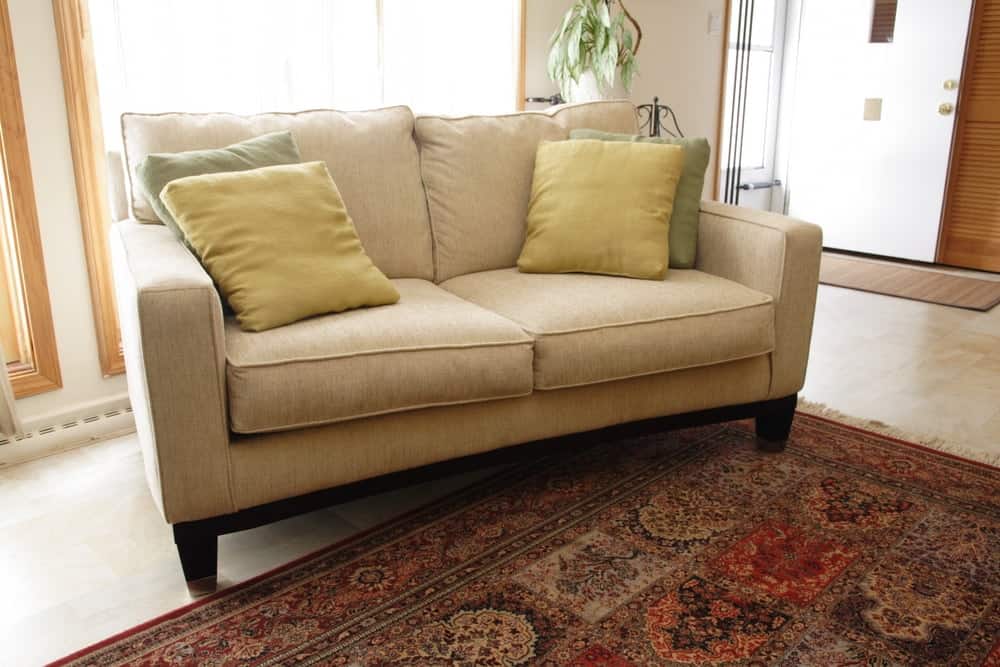 The Industrial Revolution of the 19th century started the spread of wealth among a greater population of people. For this reason, loveseats gained in popularity and were seen in more homes. They were a great space-saving measure.

Loveseats were made in the style of Thomas Chippendale who created the originals. The Chippendale style features dark wood and intricate carvings with motifs from England and China. The gothic and antique style still remains in furniture designs today.

In the 1940s loveseats evolved into the Boudoir style. This style was often featured in advertisements and had a romantic feel. They had backs like regular chairs but also a skirt covering the legs underneath.

The newer style of loveseat still had a romantic feeling while being functional and stylish. British homes featured them as a symbol of class and they were very often found in dressing rooms and hallways.