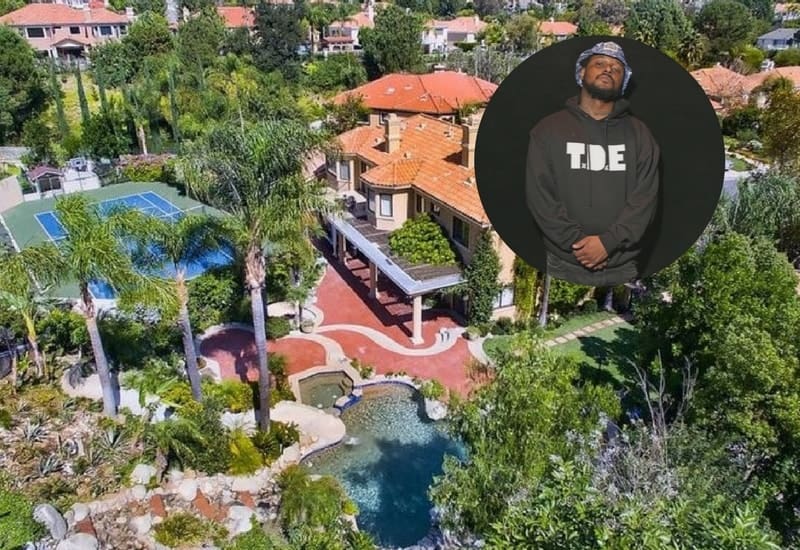 Before he discovered his talent in music, Hanley was a gangster in Hoover street and became a drug dealer. Upon using music to express himself, he became an artist under Top Dawg Entertainment, a Carson-based independent record label. Hanley then released his first mixtape called Schoolboy Turned Hustla and upon signing a deal with Top Dawg Entertainment in 2009, he then formed the hip hop group, Black Hippy, along with label-mates Kendrick Lamar, Jay Rock and Ab-Soul.

Q would then make top tier albums with Top Dawg Entertainment such as Oxymoron, Blank Face LP, giving birth to phenomenal songs like White Walls, Collard Greens, Man of the Year and THat Part. Although he made a name for himself, Q addressed that he could not do it if not because of greatest influencers in his life, such as East Coast rappers Nas, 50 Cent and Notorious B.I.G. together with West Coast rappers Kurupt and 2Pac. He also honed his rapping style from his biggest influencers in hip hop.

The mansion’s double wrought-iron doors lead to the two-storey foyer featuring a wrought-iron staircase, travertine floors and an elegant chandelier. Dashing living spaces sit on side offering comfortable seating areas while formal dining room boasts hardwood floors and French doors leading to an outdoor side patio. The kitchen is rich with elegance while the bedrooms boast both classy and stylish look.

Outside, a beautiful garden, walkways and landscaping trees await. The swimming pool includes a gorgeous waterfalls, a pool slide and a spa for additional fun. Apart from the cozy guest house, visitors can spend their time in the sports pavilion with a tennis court while an outdoor kitchen with a large covered patio completes the beautiful Italian villa.

Check out the full photo gallery below of Schoolboy Q’s home.

CelebsNetWorthToday.com estimates his fortune at $4 million.