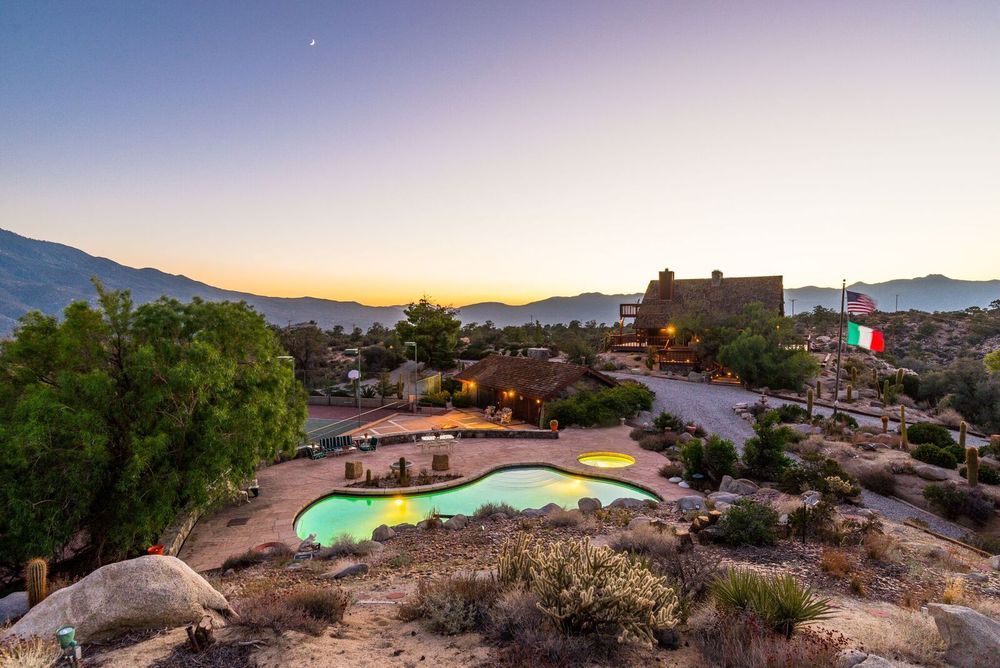 Frank Sinatra's Rat Pack vacation home is on the market. The property has five bedrooms (one for each member of the Rat Pack), six bathrooms, two kitchens, a tennis court, a pool, and two guest quarters...the home, endearingly named Villa Maggio, after one of his characters, is priced at $3.9MM.

On the 12th of December in 1915, the beloved Frank Sinatra, properly known as Frances Albert Sinatra, was born to two Italian immigrants, Martin and Natalie “Dolly” Sinatra.

In 1939, Sinatra was discovered by Harry James while waiting tables and singing in New Jersey at a place called the Rustic Cabin. James was a trumpeter who had just left the Benny Goodman Orchestra.

In the late 1940s, Sinatra’s popularity tapered off. In the 1950s, he returned a new man, no longer romantic but debonair, nonchalant, and cocky, and the world loved him and still loves him today.

Sinatra acted in 58 films. From Here to Eternity (1953) won him an Academy Award for Best Supporting Actor.

On a granite mountain plateau 4,300 feet above Palm Springs, Sinatra built this prize home in 1967. He endearingly named it Villa Maggio after the character he played in From Here to Eternity. There are striking views from all over the ten acres.

The main house has five bedrooms (one for each member of the Rat Pack), six bathrooms, a living room, a large dining room, a den, and two kitchens, one of which is a commercial kitchen. Almost everything is wooden. Every bedroom is gorgeous. One has a wooden poster bed and a wooden trunk. Another is full of fascinating artwork. Yet another has a desk with lots of light and a personal bathroom. There are seven stone fireplaces in the main house and a secret doorway.

Exercise on the tennis court or in the outdoor pool. The great room of the pool house offers a stone fireplace, a mini-kitchen, two saunas, and two bathrooms.

Entering, you’ll find stone fencing and a gate bearing the initials of Villa Maggio. There are a private helipad and parking for 25 cars.

The only occupants have been the Rat Pack and the current owners, friends of Sinatra. Villa Maggio is listed by Marcus Canter and Christie St. James of Berkshire Hathaway HomeServices and Scott Palermo and Jim Sanak of Harcourts Desert Homes.

Sinatra once said, “May you all live to be 100 years old, and may the last voice you hear be mine!”