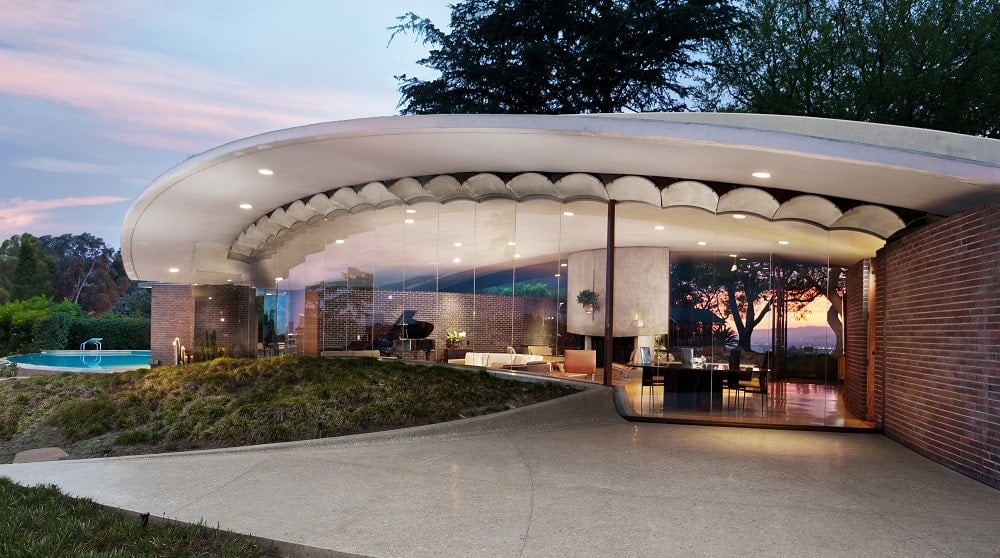 John Lautner is the world-renowned architect who built post-war futuristic houses. Considered as one of his best designs, Silvertop, is now on the market priced at $7.5 million.

The house is measured at 4,721 square feet with a domed roof that follows the hilltop curve of the land and panoramic views of the Pacific and city to the mountains. The house includes three bedrooms, four bathrooms, floor-to-ceiling windows, electric skylights, office, library, a guest house with a darkroom, swimming pool, tennis court, and multiple patios.

It was way ahead of its time in the mid-1950s when most Americans thought a sunken living room and wall-to-wall carpet were as cool as a home could ever get. John Lautner was well-known for his California post-war futuristic architecture such as the James Bond Diamonds Are Forever Elrod House, but there was a special house that many experts think was his best – Silvertop.

Lautner was optimistically inspired by technology that he felt would rapidly send the county into the future with a flood of new thoughts and ideas. It was the motivation behind his post-war designs, many of which are still far ahead of their time. But with the war over, the returning military and those still at home who had worked so hard for the war effort seemed to need the comfort of what was familiar.

They wanted to sit down for a while, get reacquainted with the home as they knew it before the war, and basically rest their weary minds and bodies. They weren’t quite ready to live in a home that looked like it would soon be on a flight path to another planet in the solar system. But that didn’t stop Lautner. He continued to design for and make happy the adventurous few who held his optimism for the future and were risk-takers. When a new client, Kenneth Reiner, commissioned Lautner to design and build his Los Angeles dream home in 1956, Lautner had no idea they would be such kindred spirits.

Reiner had made his fortune inventing and producing ladies’ spring-loaded hair clips and self-locking bolts for the airline industry. An inventor and visionary, Reiner invented many new things for his now-famous homes, such as faucetless sinks that filled on their own, a coffee table on a hydraulic lift that rose to dinner table height for dining (Jimmy Kimmel has one too), an invisible and quiet heating and cooling system and inconspicuous placement of light switches.

If Lautner needed a part that didn’t exist, Reiner would invent it and have it made in his factory. It was a design project made in architectural heaven. Sadly, Reiner never had a chance to live in the house as he was forced into bankruptcy in 1974 by a corrupt business partner. Reiner had to sell Silvertop before it was completed, and new owners engaged Lautner to complete the home. Now the house is on the market for the first time in 40 years.

Designed with a domed roof that follows the curve of the land for optimum views, the 4,721-square-foot home sits on over one acre of hilltop with three bedrooms, four baths, floor-to-ceiling windows, electric skylights, office, library, a guest house with darkroom, swimming pool, tennis court, and multiple patios. Panoramic views extend from the Pacific and the city to the mountains. For more information.

John Lautner’s stunning Silvertop, with its unique cantilevered curving concrete driveway and arched roof, is now for sale for the first time in 40 years. Priced at $7.5 million. 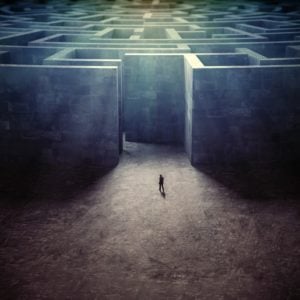 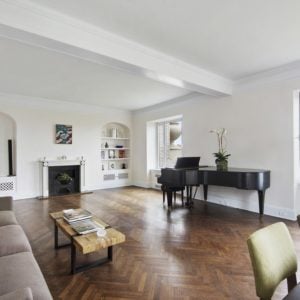