Is 2020 the year you’re actually going to make that home improvement you’ve been waiting for? Take a breather and pause for a moment to reflect on the list of variables that's held you back in the past year from taking on that massive undertaking. When everything's been cleared out, you just might find yourself one step closer to the dream home you always wanted. 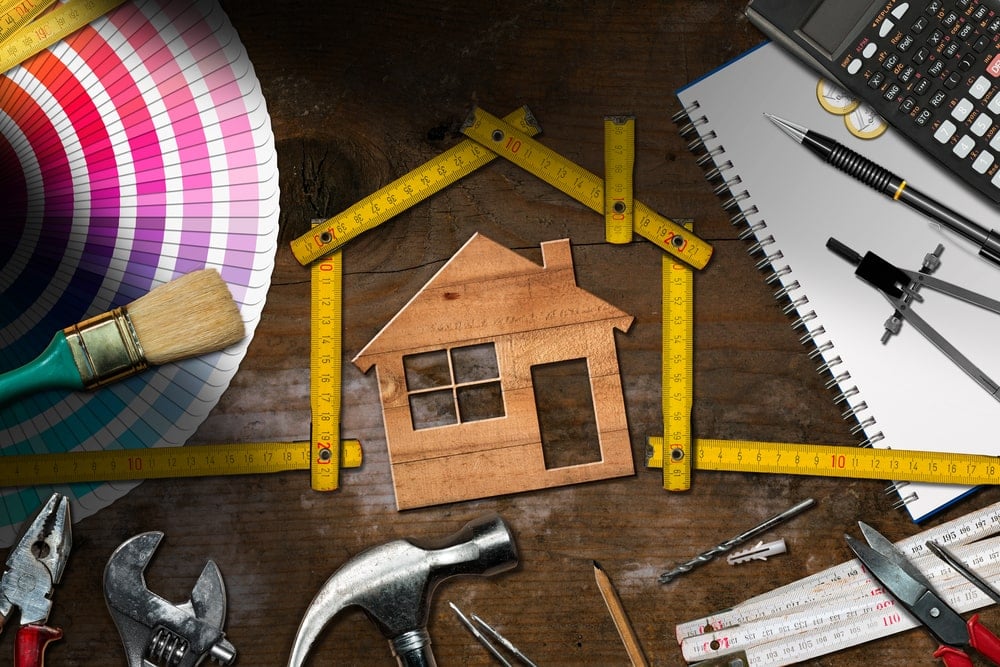 Happy new year, homebodies! Can you believe it’s the roaring twenties? Almost like it’s unbelievable how the 1920s had a tiny handful of oligarchs hoarded all the wealth, women were fighting for their rights, and the world was about to be war-torn and dusted with the ashes of economic ruin…wait, hold on.

Well, let’s see what the 2020s will bring. It’s only been a few days but it already looks like we’re in for one hell of a ride.

On a more personal level, you might be thinking about breaking out that list of New Year’s resolutions as is customary every year when the calendars and clocks reset. The same resolutions keep coming up: gyms get crowded every January then thin out by February, we still listen to the same albums, and clutter keeps re-appearing in the same spots.

I don’t know about where you live, but it seems that I keep hearing the same ads from the radio and TV everywhere I go in this city about how you should take out that home equity loan now to follow through with your New Year’s resolutions to finally get those home improvements done that you’ve been putting off.

See also  What's Up with the Backyard Chicken Farm Craze?

Come back later. Or tomorrow. Or never. (via GIPHY)

It’s easy to shrug off wasting $10-50 on a gym membership you won’t use again, or the crap ton of fancy glass meal prep containers containing food more bland and repetitive than the countless movie remakes that Hollywood keeps spewing out like a college student who can’t hold their liquor. (At least those glass containers can be used to house stuff for your pets, kids, or bobs and bits like sewing supplies and IKEA hardware that will never get used in anything else ever again.)

But what about a massive undertaking like finally updating that kitchen, or building that neck deck, that has four or maybe even five-figure price tag? There’s a REASON you’ve been putting it off this long!

Is 2020 the year you’re actually going to make that home improvement you’ve been waiting for?

Related: Urban Planning and Home Design After Covid | Adjusting to Working at Home Under Covid | Urbanization Boom of 2023 | Careful What You Wish For Moving to the Country

First things first– what was stopping you in the first place? 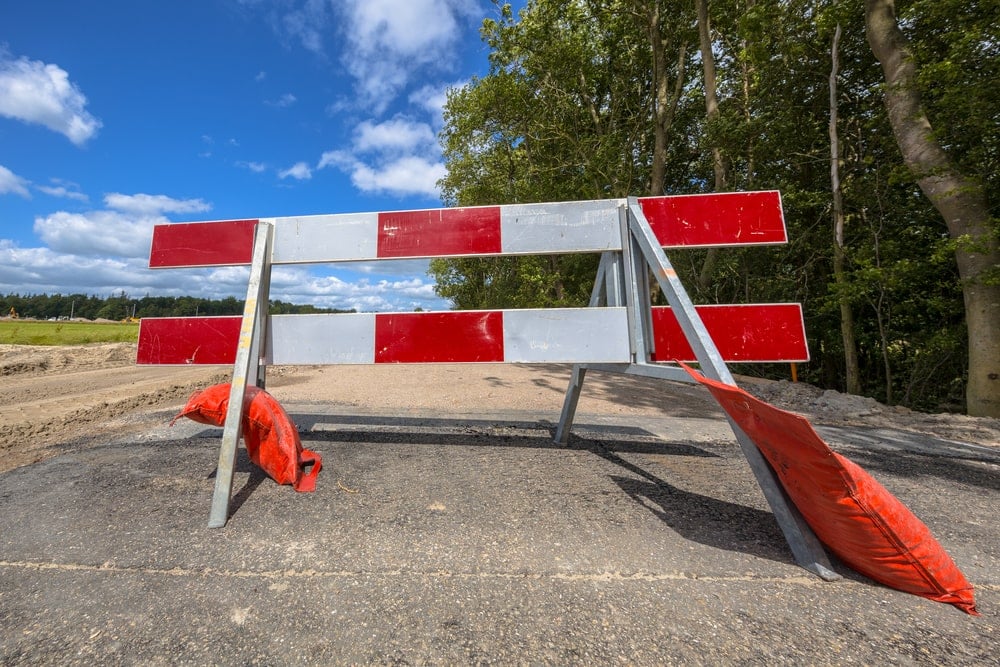 Money is obviously a big factor in this one. Home improvement has such a wide range of potential costs, because while jobs like painting or wallpapering a room can cost a significant chunk of change, having an addition put on your home can cost almost as much as a new home itself in some areas! Comparatively, just getting some new furniture would be far less and could easily be carried on your credit card instead of having to seek out specialized financing.

Home Advisor pegs larger remodels and renovations at an average cost of $18-75K. That’s easily 1-2 years of income to millions of people. Or if you’re calculating by the square foot, $10-60 per square foot through it can exceed $150 per square foot depending on what you’re having done and what kind of snags come up.

When you got bills to pay, kids or toads to feed, and other priorities to save your cash for like medical downtime and/or bills, a vacation, or starting a business, home improvement gets a backseat unless that majorly impacts your quality of life. It’s easy to put off a new paint job or getting new furniture when they’re just cosmetic fixes, or the discomfort is mild. This is especially true if you grew up poor and/or experienced protracted poverty in your adult life, you just won’t get rid of that hand-me-down swivel chair even though the stuffing is coming off the arms “because you can still use it and I’m holding onto it til dies even though I can afford a spiffy new gaming chair that’s better for my back”. No, I did NOT feel seen writing that sentence just now!

Unlike say, the hot water heater is busted and it’s a top priority to get that fixed so you can shower, do laundry, wash the dishes, and so on in comfort. Whether you can afford to get it fixed or not, you’re still making that a priority. A new couch or getting rid of that 1970s wallpaper that makes you cry vomit just has to wait til your other toads are in a row. 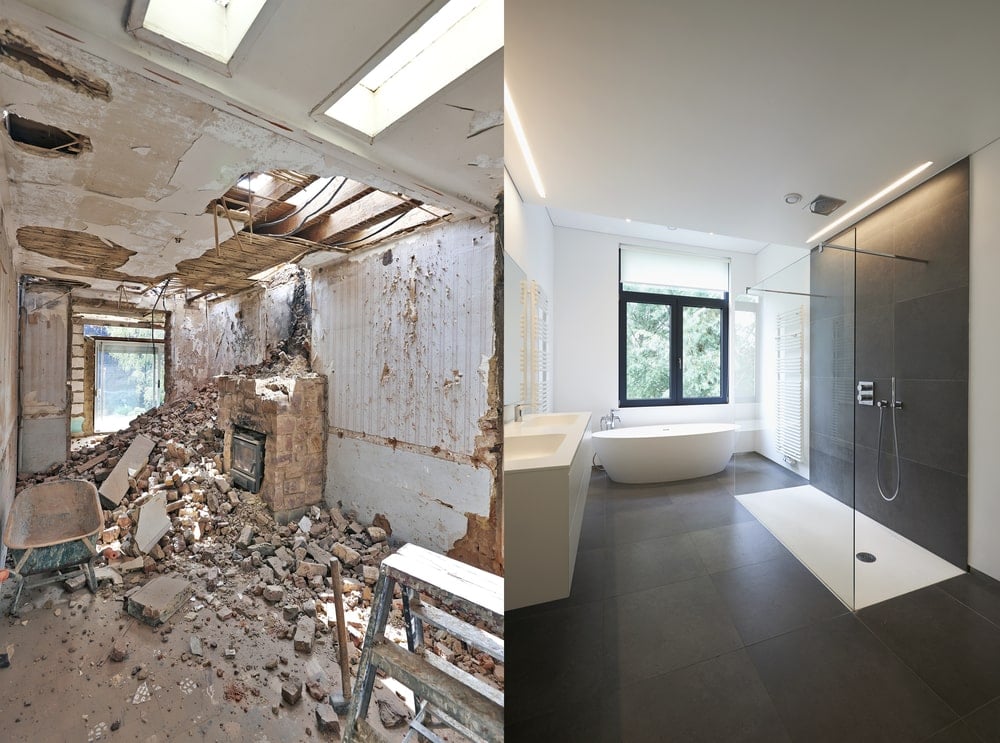 Let’s not think about the monetary angle for a minute here. Let’s assume you have the cash and/or financing to tackle that project you want to do, but still aren’t hopping to it. What stops so many homeowners from making these changes is that they don’t want to deal with the disruptions to their daily lives.

But your girl the toad lady has news for you. We have the internet now. There are solutions to these problems at your fingertips. There is so much AMAZING shit we can do with this DARPA-funded creation, including solve problems related to home-related shenanigans. It’s why you’re here reading this, right?

Depending on where you live, some of these services may be harder to access, require advance planning, or may not exist at all. But if your main issue with remodeling is that you have nowhere to put any of your stuff while the room is being repainted or rewired, see if Pods or similar services are available. I got into how Pods works in our moving guide.

Shipping containers are really nifty and can hold your things temporarily then be put back without further disruption. But no, they too are not an affordable housing solution.

You can get everything neatly put away in that shipping container whether it’s furniture, area rugs or large carpets, or boxes of decorations and other items you have in there, and either keep it on your property or arrange for storage and retrieval if you live in an apartment or other small homes that can’t fit a 10’ container or larger outside. Some of these shipping container franchises even offer “white glove” packing and unpacking services, and deciding what’s going to go into storage is also a great time to figure out what you’re going to get rid of or maybe trade up. Did you always hate that couch that survived three apartments? Now could be the time to kick it to the curb and get that cushy sofa with cupholders and USB ports that you always dreamed of.

If your life is going to be disrupted for a few days, or even weeks, make the most of it. Use this as a time to get rid of shit that doesn’t spark joy. Then make the new version of this room even better than it was before. You had a half-assed living room before, now it’s going to be the OPTIMUS PRIME of living rooms!

New paint job going to make it impossible to sleep and breathe for a night or two? Use this as an opportunity to visit family or friends you haven’t seen in awhile, or find a nice hotel for the night so you can starfish on a king-size bed you don’t have to make. They’re not painting the frigging Sistine Chapel here– disruption sucks, but use it as an opportunity to also disrupt your routines in a good way. (I know, the term “disruption” is just another example of tech bros doing to the English language what hipsters did to food.)

No oven for a few days? Get to know your local restaurants or download the seemingly-endless array of food delivery apps we have these days. If you have special dietary needs that aren’t easily solved by delivery, you might have to do some meal planning or see if someone you know who lives nearby can provide a space for preparation or storage. Don’t do what my family did where the procrastination set in so deeply that the oven was torn out, left to rot in the garage and didn’t get a new one until the house was sold to a flipper almost 15 years later. (This is partly how I wound up becoming more adept with lunch specials, takeout coupons, and stretching leftovers than I ever did with an actual oven range.) 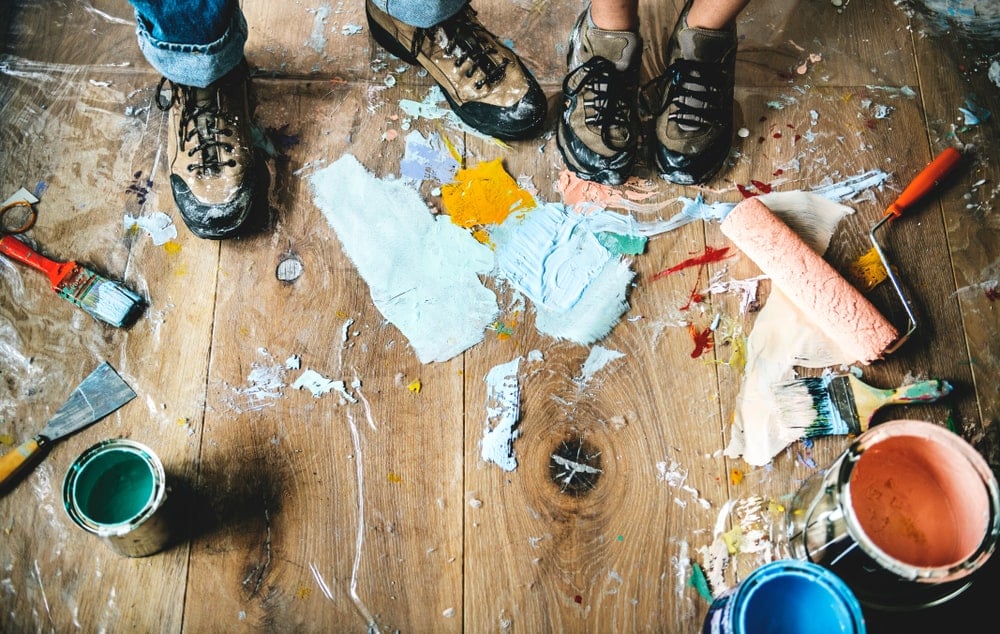 Remember, this is just the sucky part that’s temporary! It’s not always going to be like this unless you continually put off finishing the job!

Ultimately, you need to ask– what is being disrupted?

How is it going to impact my/my family’s day-to-day life?

What can be done to mitigate it, and is it logistically and financially doable?

Things are sadly not like Stardew Valley where you pay Robin in gold and wood to add an addition to your house, it’s done in a few days, and all your stuff is still in there and it’s better than ever. HGTV specials make it look very similar, they don’t show having to eat the same shitty Starbucks box for breakfast every morning for a week or two because you have nowhere to prepare food.

The financial aspects aside, if you’ve been putting off that home improvement project because of knowing disruption is coming, you’ve got to quantify that disruption in order to really deal with it. Then you can crush that shit like a frat bro smashing an empty PBR can against his forehead. Take it from my oven-lacking horror stories: money can buy some spiffy new appliances and the right professionals to install them (going the DIY route can end up costing more in the long run, and never having the time or energy will cause you to procrastinate it even more) but unless you win the lottery or were squatting on an early Internet domain like pizza.com that winds up selling for millions, it simply cannot buy an end to executive dysfunction and procrastination.

But once you figure out what’s been stopping you, and you can quantify it, that New Year’s resolution just might go from an empty promise to one step closer to the dream home you always wanted.