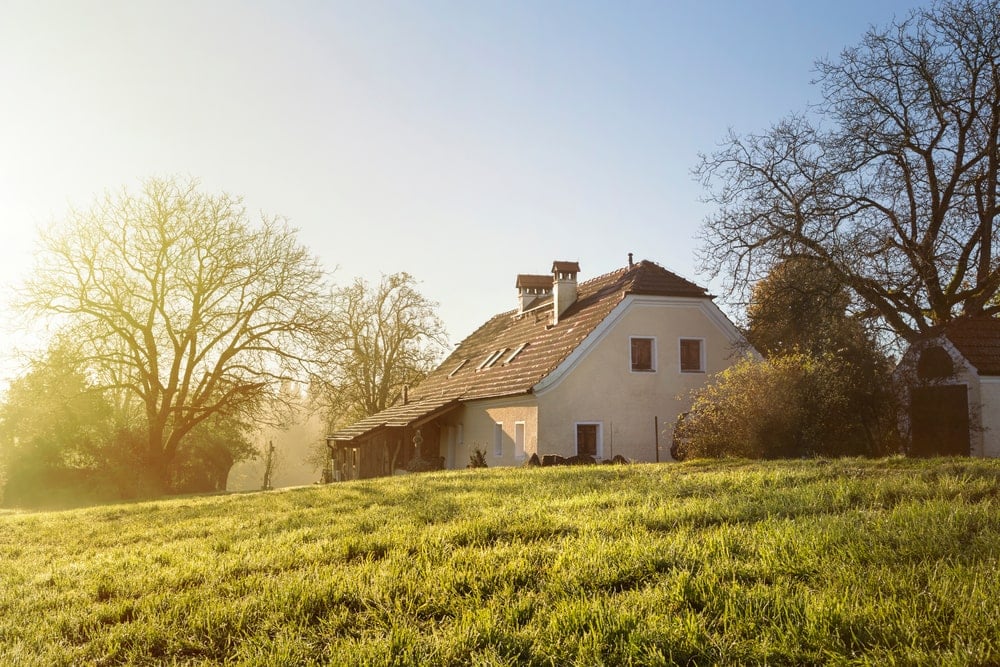 We’re amid a suburban housing boom unseen since the 1950s: people are fleeing cities en masse to reduce their risk of catching COVID-19 in crowded urban areas, where our public transit and buildings’ common areas could be crawling with viral baddies unlike the larger bubble in which you could shield yourself in the average single-family home and car.

After all, the pandemic has exposed numerous things about society that those on the margins already knew but now all you normies get it: you don’t actually NEED to live close to your 9-5 job just to spend half the day in traffic, the other day listening to some self-important MBA talk about himself, robbing you of time with your family and Animal Crossing. The remote work revolution is SO here, that some towns and states are literally paying remote employees and freelancers to relocate; pulling an inverse of historic company towns and instead potentially building communities of free agents who are not tethered by geo-restricted proximity to employers, customers, or clients.

Interest rates are at historic lows which makes the idea of buying a suburban home on the cheap pretty appealing if you want room for outdoor exercise and hobbies. I can absolutely see it being a necessary move if you have kids and your 3-bedroom co-op in Brooklyn has transformed from a dream home to a nightmarish pressure cooker.

But as someone who raised by city people who made the stupid mistake of moving to the suburbs on the supposition it’d be good for their kids (“SHYEAH RIGHT!” I sob from my therapist’s office, or tele-therapy sessions these days), I feel I should warn you about some things if you’re contemplating doing this.

New Yorkers consider anything more than two miles from the Hudson and above Yonkers to be “the country”, so this encompasses both the suburban housing boom and explosion in rural property also being seen throughout the US right now.

Table of Contents Show
Interest rates are low, but you could have a hard time getting a mortgage.
The suburb or rural town isn’t going to change into the city for you.
You could face dual-level taxation and not realize it.

Interest rates are low, but you could have a hard time getting a mortgage. 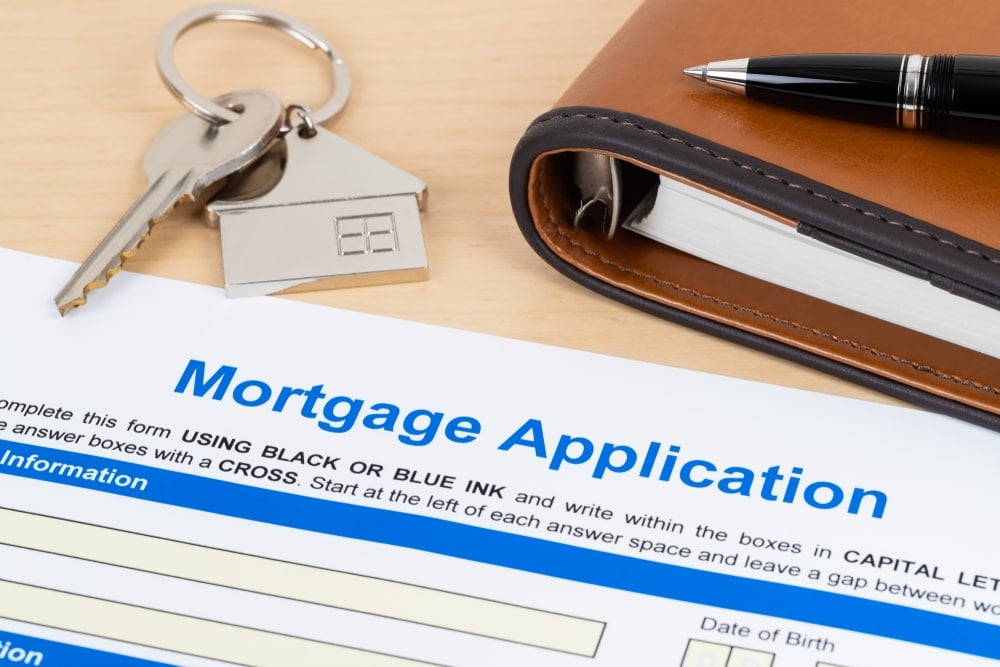 Interest rates are incredibly low at the time of writing, but as housing booms for one segment of Americans, it’s become incredibly dire for another as evictions, forebearances, and other financial difficulties are also at historic highs as 40 million Americans are poised to lose their homes if they have not already.

I get it, you’re not a vulture capitalist looking to swoop in on a foreclosure someone who lost their job couldn’t pay for anymore. You decided buying a home is worth it, and why throw money down the toilet in rent on an overpriced apartment when you could have more comfort just half an hour away from the city at a fraction of the price, and actually own it?

But just be warned that getting a mortgage might not be a cakewalk despite these circumstances.

Redfin’s CEO states that while there’s been a huge demand for rural and suburban properties lately, mortgagors have been unwilling to lend to people with less than perfect credit and requiring larger down payments than before. It varies from bank to bank, but take this as a credit score of at least 700, a favorable debt-income ratio, and a down payment that definitely exceeds 20%. You’re looking at least 25-30% down, even as high as 40% depending on the property, lender, and other factors.

It could still be worth it if you really want the place and are ready for this major lifestyle shift, and you’ve got the assets that can weather that massive down payment. But mid-pandemic mortgage applications are a new flavor of hell compared to the ways of olde; be prepared for longer pre-approval and processing times, stricter criteria to meet, and at least 10 people in front of you clamoring to get the same home who could have better financials. Don’t pack your bags yet.

The suburb or rural town isn’t going to change into the city for you. 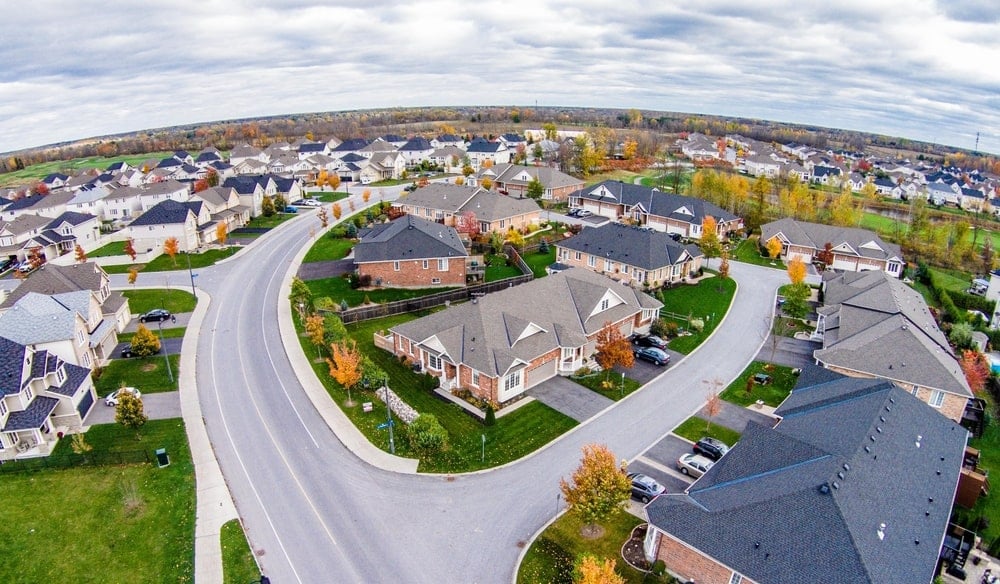 Your lifestyle really might not gel with the expectations of your community, which can be harder to gauge right now because the pandemic isn’t making neighborhood gatherings feasible. But if you like to hit up Grubhub late at night to get pad Thai delivered, don’t expect to find one such place let alone five of them when you trade LA for Wasco or NYC for Suffern.

Need a gallon of milk or trash bags at the last minute? You might have to drive 5-10 miles for it, if not farther, instead of walking there and back to your place or being a quick bus ride away. And unless you place an order through a warehouse like Target or Amazon, chances are it won’t appear on your doorstep in hours because of apps like Shypt or Postmates. This might not sound like a big deal in the grand scheme of things, but imagine if that’s medical supplies or something else you need to have on hand til you don’t.

This goes doubly hard if you’re buying while single. It shouldn’t stop you from the homebuying process, period! But if you’re planning on living in a remote area, it’s not really structured for single people living alone, especially if you don’t know the community. The assumption is that you at least have a romantic partner, or are perhaps living with family to some degree if not doing the whole Stardew Valley commune thing. But if you’re hoping to date again when the pandemic’s over? You could find it really difficult to find other single people near you, and have to increasingly rely on those hellscape apps that make me glad I opted to stick to Pokemon instead.

It’s a major lifestyle shift that you could be ill-prepared for just because you want more space. Thinking about how the space in the house I lived in was utterly underutilized and we didn’t really live suburban lives despite having a mailing address there? That’s just not going to bode well in the long run. And sometimes city folk go crazy when we suddenly have a MASSIVE amount of space; it can lead to clutter becoming hoarding though there’s often other underlying issues there. But namely that buying tons of stuff can be a void-filler if you don’t gel with your new area, are too alienated from your friends and other people in your life now, and so on.

Think hard about whether you’re doing this temporarily or for the long haul, especially as far as lifestyle and culture go. You can always rent a place in the country to get through this then go home. It’s impossible to predict what the future can hold sometimes; I never thought I’d leave this damn city but the smoggy glitter of Los Angeles is calling me in my mid-thirties and I’m heeding it. I know I’ll have to adapt while taking some of my culture with me, and I’m hardly the first Bronx expat to make footfall there. But this goes doubly so when you’re trading the city for ruralburbia. I’ll at least around plenty of other weirdos and free agents in LA.

You could face dual-level taxation and not realize it.

The pandemic has wrought plenty of uncertainty, but you bet your ass that one very certain thing aside from all the death is that 2020 tax returns are going to be a REAL headache, and possibly extending into future tax years as well.

Between the numerous federal and state level coronavirus relief provisions, small business aid that some self-employed people have taken advantage of, and so on, that’s already going to make taxes a headache. But don’t forget that your move–whether temporary or permanent– is ALSO going to turn that headache into a migraine.

This depends on where you’re going, such as if you moved to one of the seven states that doesn’t have an income tax. But even though you’ve departed high-tax New York for a state with lower taxes, such as Pennsylvania, you could be in for a real teeth-grinder since you’ll still need to file part-year resident returns for both states and find that the same items you claim on one state’s return are not reciprocal with another. For instance, one state could give you a credit for college tuition while the other doesn’t. And depending on their part-year resident rules, some may prorate items based on the total number of months you spent in the state, while others will only grant tax benefits for transactions incurred in the months you were living there. Even leaving the city but staying in the same state can induce headaches because for New Yorkers in particular, you have to pay city income tax (a surcharge if in Yonkers).

If you don’t do your own taxes or come from a tax background like I do, prepare to shell out more for your accountant if you fled to suburbia or Ruritania.

If you’re one of the 22 million Americans who’s been receiving pandemic unemployment assistance during any chapter of this as well, you could also face a gigantic tax bill and multistate issues will only make it worse.

Given that only 3% of these moves to suburbs and rural areas are expected to be permanent, you might not have anything to worry about. But given how the world basically blowing up is making some people decide to use this time to transform their lives, all I’m saying is to think harder about committing to a house in the ‘burbs or way out in the sprawling lands where you have more wild animals than neighbors. Frog sanctuary or potential spot for the next Midsommar? You decide!