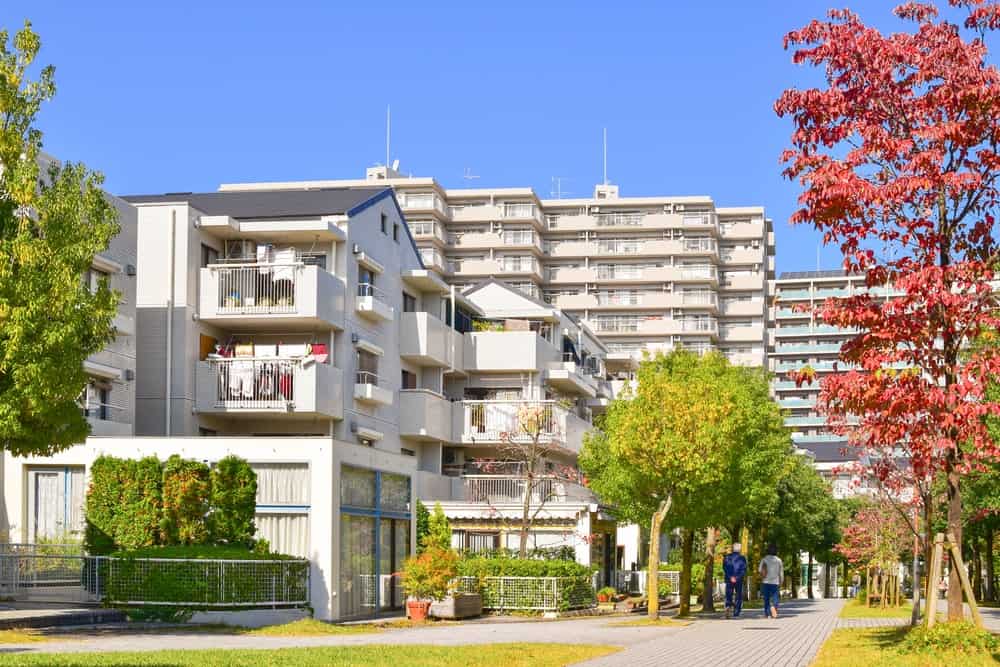 When I dove into comparing American homes to European home designs and construction principles, there were a couple key takeaways:

No point in reiterating the same information for this series as it grows, amirite?

In looking at east Asian countries like Japan, China, Taiwan, and Hong Kong among others and how housing differs from American housing, I’m basically looking at a lot of the same factors. Square footage versus population density, lifestyle and community factors, prices, and so on. Because just like with going to western Europe, many Americans on extended stays or looking to do digital nomad/expat life can be in for a surprise when they check out their new digs in Taipei, Osaka, or Busan (among other popular destinations for immigrants).

There’s entirely different urban planning and cultural considerations to take into account across the Pacific just like there is in the other hemisphere, so let’s explore them. 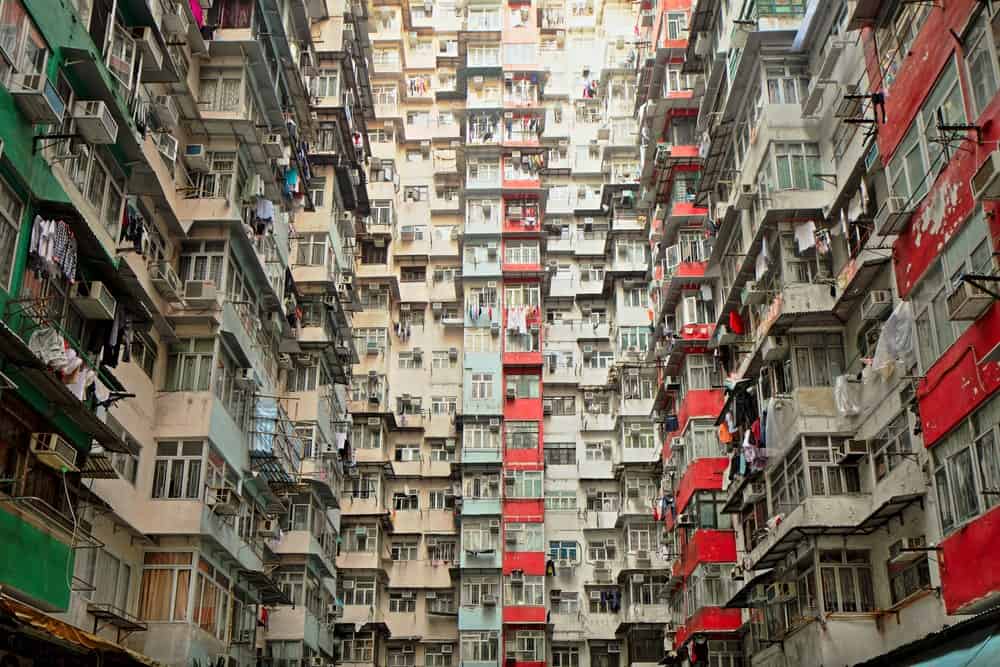 For context, China and the US are about the same size as far as land mass goes. But the population is around 1.4 billion, while America is home to about 327 million people per the US Census Bureau. For more USian frames of reference, Japan has about the same land mass as California: but about the same population as one-third the entire US.

Hong Kong is home to about 7.5 million people, which puts it on par with the state of New Jersey or perhaps Israel, though it’s only 427 square miles. My homeland of the Big Rotten Apple is 302 square miles, so that’s like if you took NYC and haphazardly slapped on part of Jersey, Yonkers, and Long Island before it disappears into the Suffolk County border. Then take Taiwan, which has a population of almost 24 million and is roughly the same land mass as Massachusetts, but with almost 3.5 times the number of people.

As one Chinese expat put it, space is at a premium in China. Large homes like you see in America are just not common because there’s no room, even if you go farther out into the countryside and away from the big cities and major metropolitan regions. America is just more spread out in this sense.

If you say “suburb” here, you’ll conjure up images of gigantic energy hog homes on uniform blocks where you deal with nosy HOAs and have to drive everywhere but you have tons of space to park a car and raise a family. That’s not how suburbs are seen in China and other Asian countries, though.

This is a suburb in China! 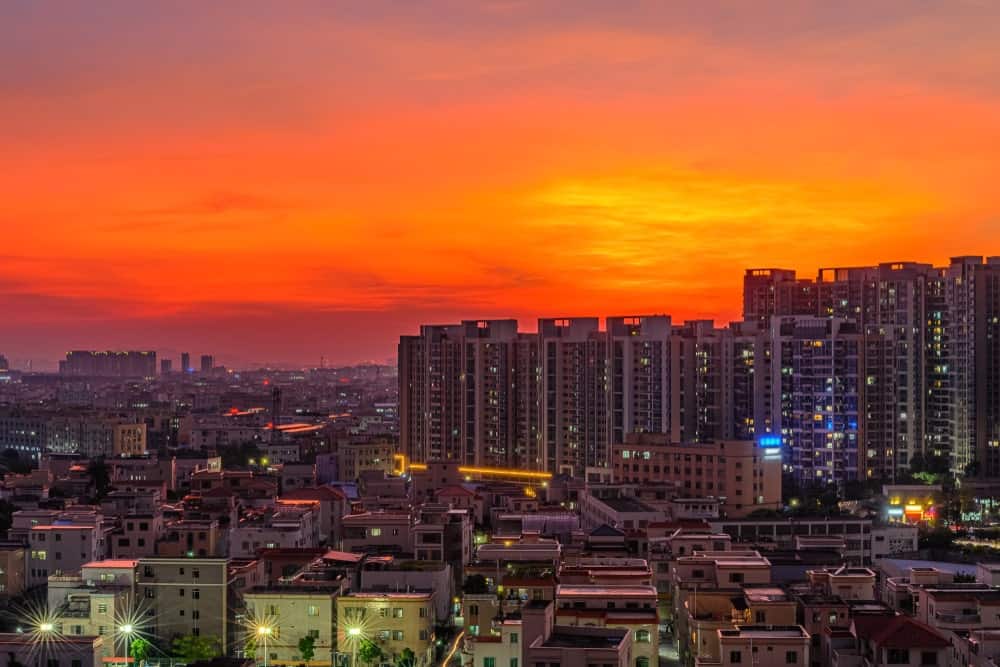 Looks a lot like Brooklyn or The Bronx though, right? Something about this reminds me of Co-Op City where you have high-rises on one side of the highway with smaller apartment buildings and multi-family homes further inland, although nothing’s on par with the skyscrapers of Manhattan size-wise. Many suburbs in east Asia are built with the same needs for convenience and a high population that cities do: not much unlike the aforementioned Bronx and Brooklyn, they’re connected to the city centers by buses, trains, and subways. (Which Co-Op City does NOT have. Sob.)

You don’t see more sprawl in China unless you go to more rural regions, and even then, homes are still not as large as you’re used to seeing in America.

In Japan, the average 3-bedroom apartment or single-family home is around 750 square feet. While the average home size in the US has increased almost a whole third over the past 30 years, new developments in Japan are maybe 20-30 square feet larger than before. Anything over 100 square meters (1,076 square feet) is considered to be luxury property if it’s in or near Tokyo or other major metropolitan areas. Freestanding houses are very small and closely packed together in the city, as well as in the suburbs. That was one interesting shock to me when I wandered around the Akasaka area: I’d be walking down a major thoroughfare, see more urban life on a side street, but on the next side street, BOOM, nothing but these adorable little houses I just want to put in my pocket.

Small, multigenerational homes have been the norm in Japan for a long time although single people living alone and the nuclear family have grown more common. When you go off the beaten path though, you’re more apt to find large properties– some of which have been held by the same families for hundreds of years. While they might not sprawl as much as the big suburban homes sitting on 0.5-1 acres, you’re not going to find large detached homes until you get into the countryside. I remember seeing more spread out homes when I rode through Hida and the small towns outside of Niigata. They had way more personality than the boring 3-bedroom energy hogs lining American streets.

In contrast, there’s this whole genre of YouTube videos dedicated to Tokyo apartment tours– where small studios around 300 square feet are built expressly for single people to live by themselves.

I’m not gonna lie. $950/month for a tiny space in the heart of the city where you have a box system for deliveries you missed seems incredibly reasonable given that I’d be paying $1,400/month on my nearly 100-year-old condo if I was a renter, where I have to frantically track down door tags and schlep to the post office. Structural and urban planning in metropolitan Japan highly values convenience, given the notoriously long hours expected of salarymen.

Unlike most American apartments, many Japanese developments entail accessing your apartment from outdoors. There’s usually a little elevated area for switching from your shoes to indoor slippers by the front door, although it can be difficult finding accessible housing since bathrooms tend to have a little step up to enter.

Housing in South Korea is among the more generous of housing options by Western standards, as far as apartments go. More people live in high-rises than any other housing type, and 1-bedroom units start at 430 square feet in high-rises but can exceed 3,000 square feet for 6-bedroom units to house families. Average apartment size ranges from 1,000 to 2,150 square feet, although newer developments have smaller units.

Beige and other natural tones are popular in Korean interior design, so you can expect to frequently see this in Seoul apartments and hotel rooms.

Homes in Hong Kong are among some of the smallest in the world, averaging around 400 square feet. People make do with incredibly tiny amounts of space, and while larger homes in China and Japan are simply more expensive and in more far-flung areas? In Hong Kong, if you want a McMansion exceeding 3,000 square feet, be prepared to drop $47 million USD on it. That’s at least 10 luxury condos in NYC! 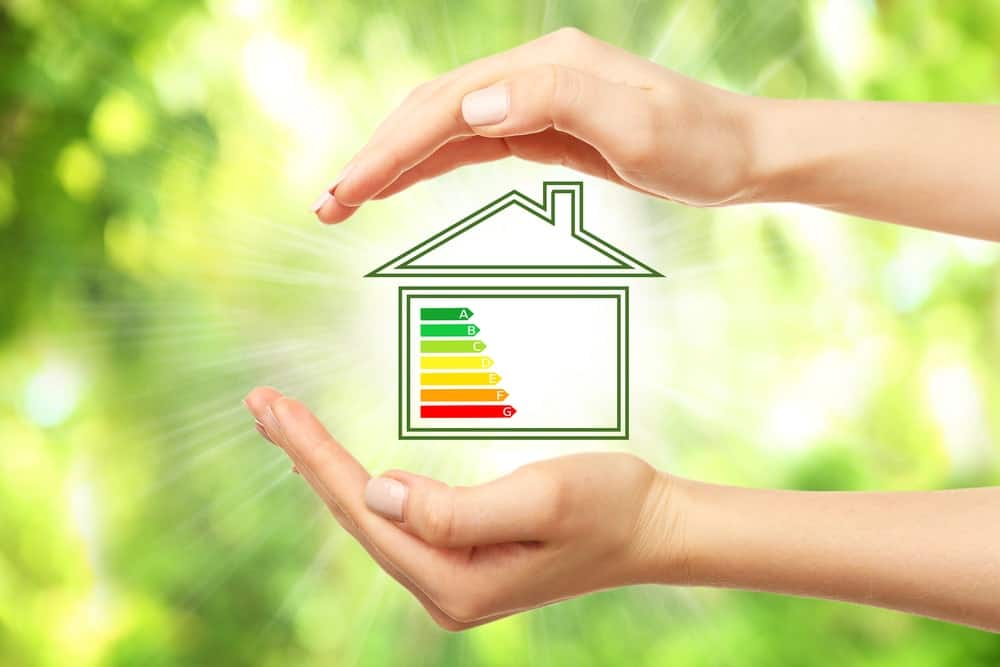 So, I had a difficult time finding statistics on energy efficiency in east Asian countries with respect to home materials and energy grids. There wasn’t a lot of conclusive data on this, whether it was for one region in a country or a cross-section like I was able to easily find for continental Europe.

Southeast Asia, with Thailand and Indonesia in particular, are proposing more ambitious energy efficiency goals than the US is at the moment, aiming to cut energy usage 40% by 2025. High-density housing, and smaller housing units, like what we already see in most east Asian countries is a greener way forward than the low-density housing we see in America. Having some room to sprawl is nice, but green energy is more than tax incentives for recyclable construction materials.

There’s also the fact that you don’t need a car in many east Asian countries, except in more far-flung areas where train and bus access is non-existent or less frequent. At the time of writing, I’m gearing up for a long trip to Japan soon and already know I’m going to sob when I return to Cuomo’s MTA after riding the shinkansen for weeks. Hell, even if you want that big house? Imagine how much more house you could afford and less energy you’d use if you didn’t have to blow 33% of your income on a whiny metal dependent that’ll die in a few years! Plus, you don’t need a huge fridge when you can get a fresh dish of veggie ramen on every corner!

Even if having less space would weird you out a little at first, you get used to it. Many Americans living in Japan love having way less clutter.