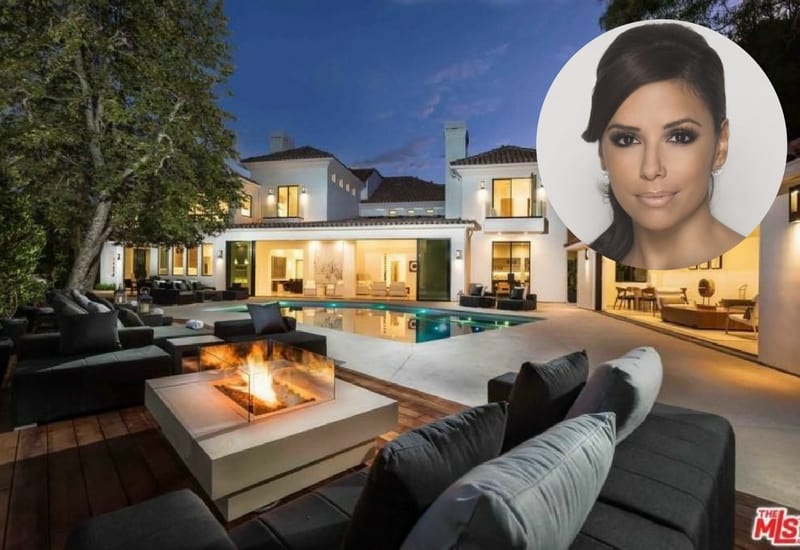 I admit it, I loved Desperate Housewives TV show. What a fun show. Everyone in the cast did a great job including Eva Longoria.

However, she’s done a lot more than just starring on that game-changing TV show. She is an actress, director, producer and a businesswoman. She is rich, is a respected celebrity and owns a number of houses.

She bought a house in Beverly Hills and simultaneously listed her Hollywood house for $14 million.

Her new 11,000 sq. ft. mansion in Beverly Hills, which she bought for $13.5 million, has six bedrooms, six bathrooms, a media room and an office. An interesting aspect of the house is that there is a chef’s kitchen AND a catering kitchen.

There is a large pool, spa and tennis court. It’s a perfect house to stay or spend a vacation. Check it out.

In 2005, she bought a house in Whitely Heights, Los Angeles for about $1.4 million. She sold this property in 2016. She has a 3,400 square foot property in Austin, Texas and an 8,500 square foot mansion in the Hollywood Dell neighborhood. She also has a ranch-style property in Zuma beach near Malibu.

She got famous after her performance in the CBS soap opera ‘The Young and the Restless’. She skyrocketed to international stardom after starring in ‘Desperate Housewives’ which ran from 2004 to 2012. She received nominations for various prestigious awards for her performance, including a Golden Globe Award.

She acted in a number of films including ‘The Sentinel’, ‘Over Her Dead Body’, ‘Lowriders’, etc. She is the executive producer of the Lifetime TV series Devious Maids. She has done various advertising campaigns for top brands like L’Oreal, Hanes, etc. She is often referred to as the most beautiful woman in the world. She was also listed as one of the highest earning actresses on TV.

She is also a successful businesswoman. She’s invested in restaurants. She was also the owner of a nightclub named ‘Eve’ which has closed. She published a cooking book. Last year she started her own online clothing line.

She is involved in various charity work. She works for physically challenged children. She is also involved with children’s hospital, cancer research and many other noble causes. She has shown concern about Latino poverty as well. Longoria is undoubtedly a great personality. She has put on many hats and has been successful in all her ventures.

Longoria previously lived in a contemporary-Mediterranean home for $3.795 million. Built in 2006, the 8500-square-foot stunner boasts a spacious chef’s kitchen featuring an oversized island, offering a great space for preparing meals. The living spaces along with the large and stylish home theater provide high quality relaxing time and entertainment for family and friends while all six spacious bedrooms boast private baths, fireplaces and large his-and-hers walk-in closets. If someone gets bored of the gorgeous indoor set-up of the house, the outdoor spaces are always ready to make people jaws’ drop with sparkling swimming pool, multiple entertaining spaces, a stunning deck and outdoor dine-in kitchen offering amazing views of the rolling canyons and city lights.