Warren Buffet is a world class business magnate, a captain of industry, and has played a role as a thought leader in global finance, politics, and economics. His home in Laguna Beach- currently for sale for $11 million- is a testament to his business acumen and to his non-ostentatious sense of style. 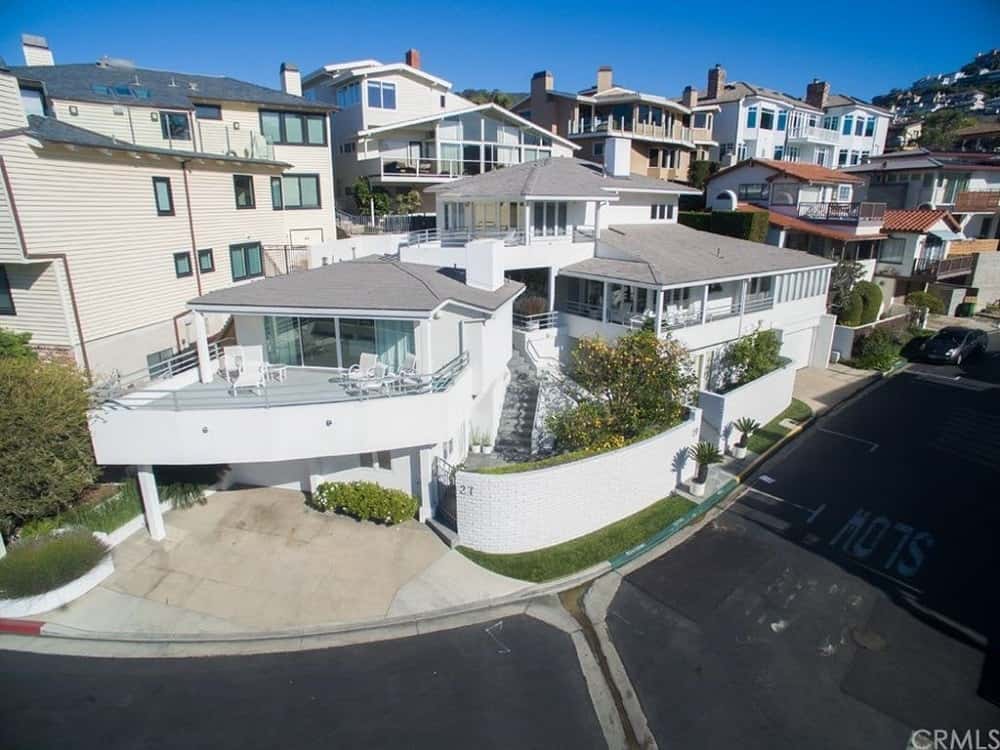 Warren Buffet is a well known (to put it mildly) business magnate and philanthropist. He is considered one of the world’s most successful business people.

He has started many successful companies and has consulted with high ranking politicians and professionals of every stripe all over the globe. So it stands to reason that his home in Laguna Beach would be as impressive as is his reputation as a finance giant and business leader.

He is currently selling his home in Laguna Beach for $11 million dollars. Purchased in 1971, the house measures 3,588 square feet. It features six bedrooms, two of which have outside facing doors. The whole exterior is painted in a blueish white and its abundance of windows- together with the expansive color scheme- reflect the festive and coastal nature of the location.

Entering the front room, we find a simplistic entertainment space. A large, widescreen TV is mounted above an equally large, but low-frill, fireplace. A pair of unassuming three-seat couches face the fireplace and TV. These two are not overtly high dollar items.

They look like they could be found in any living room in America. The rest of the floor space is open with the exception of a massive sliding door that opens to provide an impressive view of the coastline. That section of the beach is the focus of windows and sitting areas throughout the home.

Around the corner, things become a bit ritzier as we make our way to the dining room and kitchen. Here the angles are square and the furniture is tastefully simple. A plain white marble bench can be found on your way to the kitchen.

The kitchen is even more impressive- dominated as it is with more white marble, an oak-top prep station, and uniform, plain white cabinets. It seems clear that this is a working kitchen and that whoever keeps it clean is highly motivated.

Beyond that is the spacious primary bedroom, Again, simple but tasteful furniture fill the room out- leaving plenty of space for its occupants to move about comfortably. A single track of lighting runs down the center of the sloped ceiling, and the adjacent window, again, reveals a view of the epically rocky stretch of beach.

Next on our tour is the bathroom. If you didn’t know better, you might think it was the bathroom in a high-priced fitness club. Dark marble graces the countertop and has a heavy presence in the connected tub room.

Just as in every room we’ve seen so far, the bathroom is full of 90-degree angles, shows zero clutter, and places a premium on open space. Mr. Buffet is clearly not the sort of person who likes to let anything get in his way.

Stepping outside, finally, we see the theme of simplicity, openness, and functionality continued. On the sea-facing balcony, we find two deck chairs with a small glass-top table between them. The scene is enclosed with iron railing with clean lines and the setting, again, faces the same stoic sea-cliff and shoreline. This spot has certainly been host to many high-profile business deals.