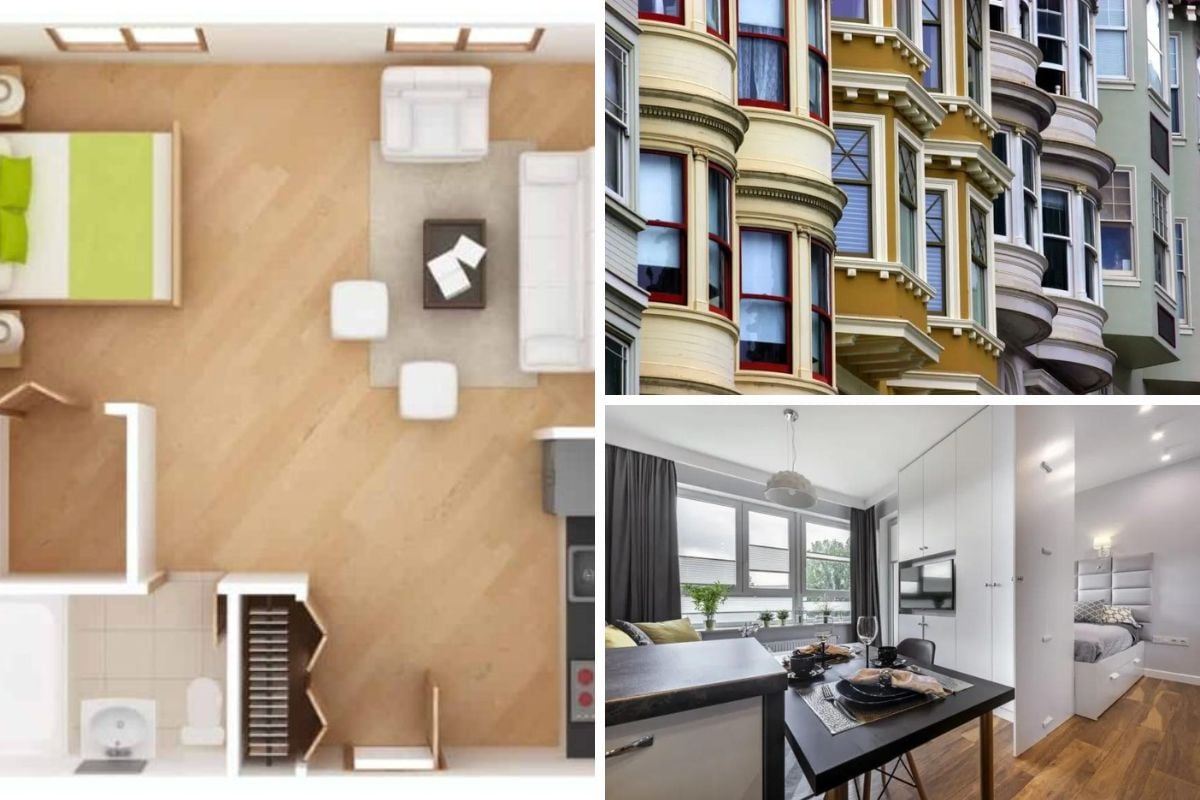 Are you looking for an apartment? If you are, chances are good that you are not in a very good mood. And who would be?

After all, when you see what is available and what you have to pay for it, you might feel lucky to find anything, much less something you can afford and what you like. The truth is that if you are like most people you are quickly discovering that it’s very difficult to find an apartment to live in, much less at a price you can afford. And if you need any more good news, check this out, it only gets worse depending on where you want to live.

There are even some parts of the country that have people paying to sleep on the floor of other’s living rooms, and many of these are happy to get that. Enough for the good news.

How about some more reality jolting statistics:

The high cost of owning a home over the past decade has caused the option of apartments to explode in popularity as well as price. Unfortunately, despite these increases, they have also been shrinking in size. In 2018, the average size of a new apartment in the US was 941 sq ft., 52 sq ft smaller than the size of an apartment built just 10 years ago, according to a study conducted using Yardi Matrix data.

It is important to note that in addition to other factors having an important impact on the sizes and prices of apartments in the US, changes have also taken place in renters’ living habits, which are dramatically redrawing floor plans. The largest share of apartment dwellers is millennials, who prefer living in areas that are close to restaurants and centers of entertainment, rather than having a large living room for entertaining or a large kitchen for cooking.

It is also important to remember that the trend toward living in small spaces is in great part also motivated by price since the desire to save on the money paid in rent is a goal in and of itself. Unfortunately, renters are finding themselves paying much more money for much less space.

The average rent in newly-built apartments in the U.S. has increased by 28% compared to 10 years ago, while their size has gotten 5% smaller.

Floor Plans of All Unit Types Are Shrinking 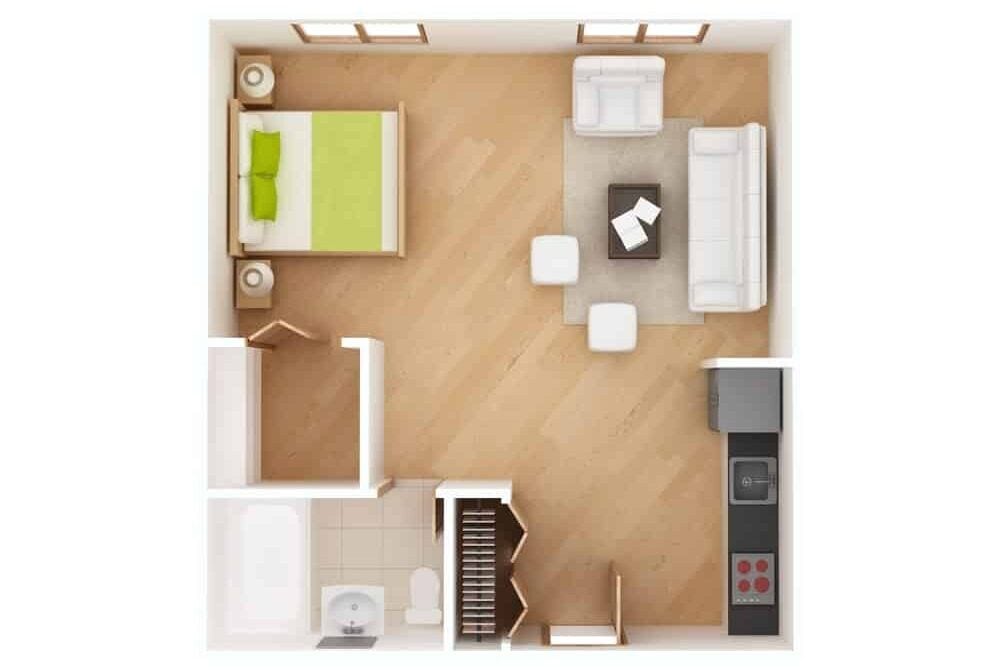 Studio apartments, once the symbol of downtown chic living, have been cut down the most. The average studio apartment is 10 percent smaller than 10 years ago, reduced from 573 sq. ft. in 2008 to 514 sq.ft. this year. Contrary to the emerging interest in smaller units, studio apartments continue to represent only a very small piece of the rental market, only 5 percent nationally of all apartments.

One-bedroom apartments make up the largest share of the national apartment stock (43 percent) and their floor plans have decreased in size by 4 percent over the last decade, while two-bedroom apartments have seen the least amount of change in size, down by only 0.5 percent on average.

The Largest Apartments Are in the SE, the Smallest are in California 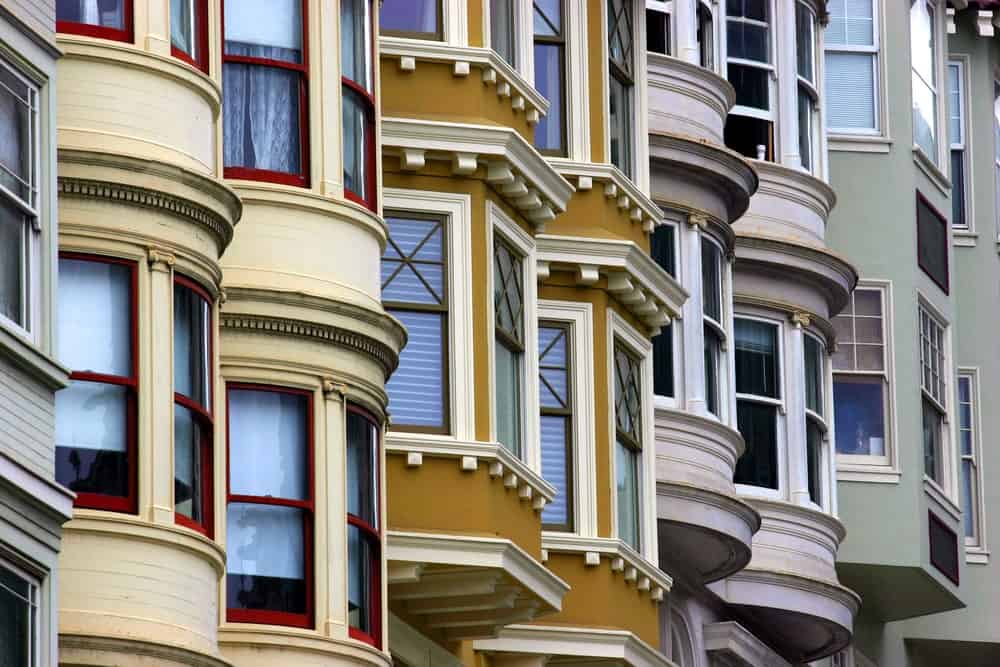 Apartments can look very different from one region to another in terms of how much space they have. The largest rental units in the US are located in the Southeastern region, with typical floor plans measuring 975 sq.ft., followed by apartments in the South, which comprise 943 sq. ft. in size.

The smallest apartments are, surprisingly, not in the Northeast–if you’re automatically thinking of New York–but rather in California. Renters in that state make do with 837 sq.ft., on average, about 138 sq. ft. less space than what renters in the Southeast region are used to. Apartments in the Western region are the second smallest, measuring 893 sq.ft., on average.

In terms of 10-year changes, apartments in California saw the biggest downsizing, 12 percent. The average apartment in California is now 116 sq. ft. smaller than 10 years ago, down from 974 sq. ft. to 858 sq. ft. New apartments in the Pacific Northwestern region offer the least wiggle room, just 805 sq.ft., having gotten 10 percent smaller since 10 years ago.

The Southeastern region continues to splurge in size, with the average new apartment sized at 1,007 sq. ft. in 2018, more than 200 sq. ft. larger than rentals in Washington and Oregon. The only region where apartments are constant is the Midwest, where the 10-year change is a 10 percent increase in the average apartment size. 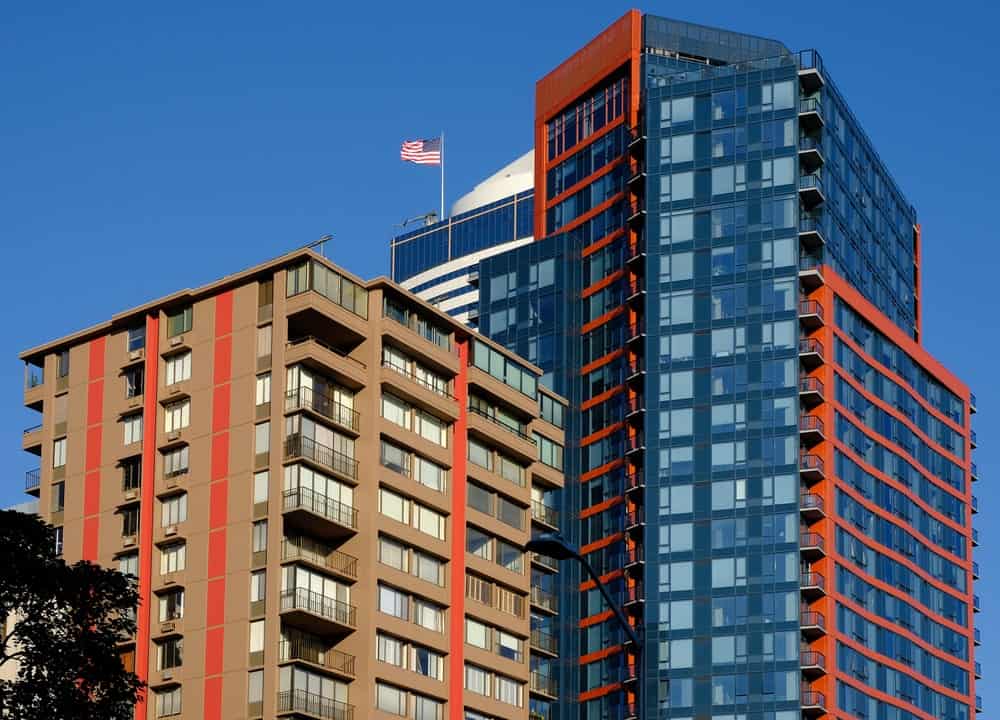 According to the study, Tallahassee, FL, offers its renters the most generous apartment size in the country, with an average square footage of 1,038 sq. ft. across all apartments regardless of the year built. Moreover, the average floor plan of a new apartment built in the state capital in 2018 is a lavish 1,200 sq.ft., unchanged from ten years ago.

Atlanta and three of its suburbs take four of the top 10 spots for cities with the largest rental apartments in the nation. The second most spacious apartments in the U.S. are in Marietta, GA, boasting an average size of 1,025 sqft. Decatur, GA, was fourth with 1,000 sq.ft., Norcross, GA, is sixth, with an average apartment size of 991 sq. ft. Apartments in Columbia, SC are the third-largest in the U.S., with an average living space of 1,006 sq. ft. Large-size apartments tend to be more common in lower cost, sprawled cities or suburban areas than in high-cost dense urban areas.

It’s rare that New York is not first in something real estate related, but with an average size of 711 sq. ft., apartments in Seattle offer 20 sq. ft. less than an average Manhattan rental, 171 sq. ft. less space than the national average apartment of 882 sq.ft., and a whole 327 less sq. ft. than apartments in Tallahassee.

Manhattan and Chicago which are tied in second place, with apartments measuring 733 sq. ft. on average, 149 sq. ft. below the national average. Rental apartments in Washington, DC and San Francisco, CA wrap up the top five of the nation’s tiniest apartments. Other firm believers in “less is more” are Los Angeles,  Detroit, Pheonix, Minneapolis, and Cleveland, with apartments below 800 sq. ft. in size.

Apartments in Detroit Saw the Largest Reduction in Size Since 2008 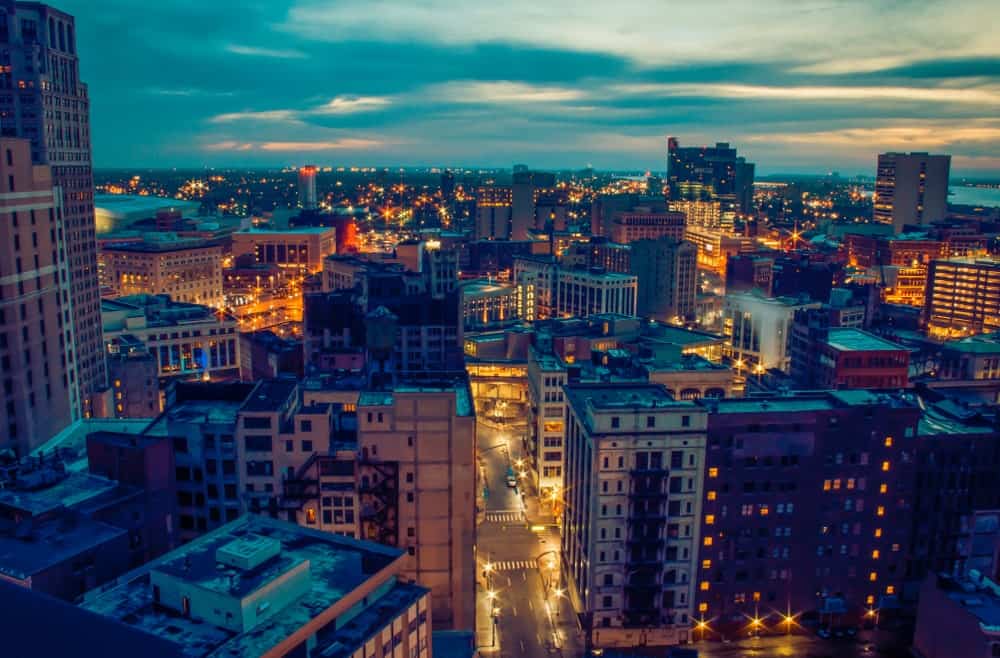 Apartments in Detroit have suffered the biggest cuts in size in the last ten years. The average size of a new apartment in that city in 2018 is 27 percent smaller than 10 years ago, 720 sq. ft. today compared to 988 sq. ft. a decade ago.

New apartments built in Phoenix this year are on average 871 sq.ft., 19 percent smaller than they were in 2008. Apartments in Los Angeles, Boston, and Irvine are also in the top five in terms of size reduction.

Rental apartments in Lubbock, TX, on the other hand, have seen a considerable increase in size over the last decade, up 19 percent. Apartments built in Lubbock in 2018 average as much as 1,326 sq. ft. in size. New rentals in Lewisville, TX are only 891 sq.ft., an increase of 17 percent over 2008. Although rentals in San Francisco and Manhattan are among the smallest in the nation, they have been increasing in size in recent years, up by 13 percent and 12 percent, respectively, compared to 10 years prior. 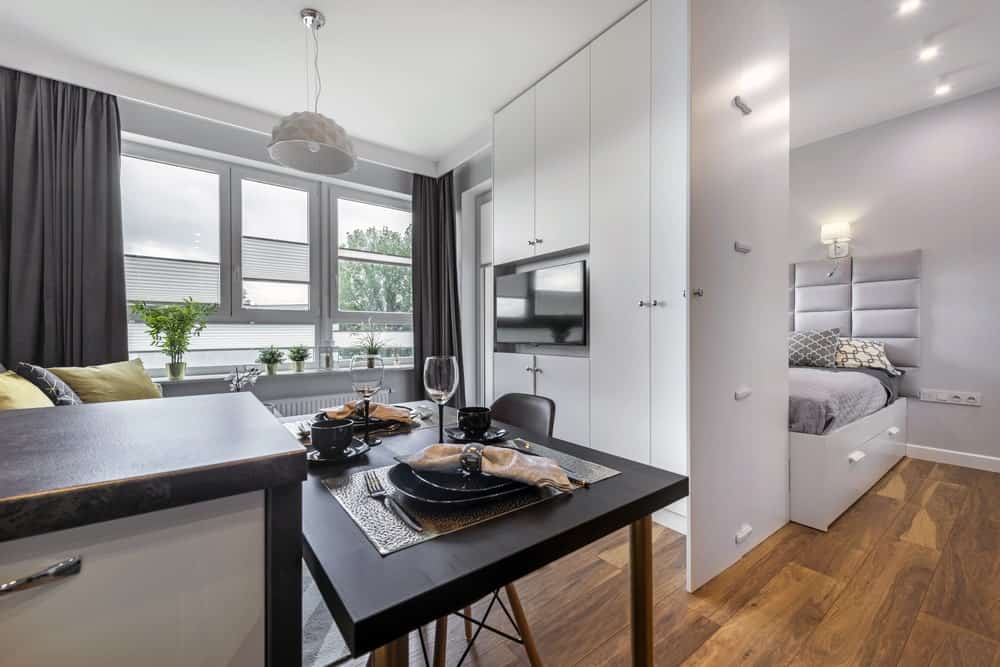 A few cities have seen dramatic changes in rents and size in opposite directions over the past decade. As Denver became one of the hottest rental markets in the country, apartment rents jumped 84% in the last 10 years, while the average size of apartments decreased by 11 percent.

Nearby Colorado Springs saw a similar path, with rents up 66% and rental sizes down 6%. Another hot market, Seattle saw rent prices increase by 74 percent in 10 years, while the size of apartments increased by 4 percent. Renting in Silicon Valley (San Jose, CA) today is 63 percent more expensive than a decade ago, while new apartments in the area are 4 percent smaller. 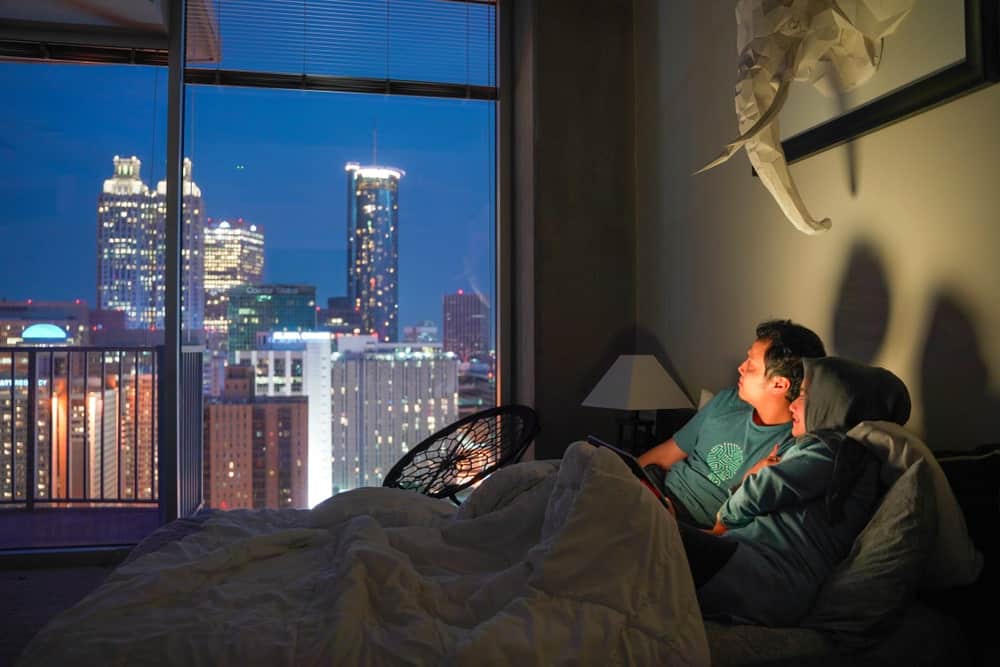 The largest studio apartments are in Irvine, CA, with an average floor plan of 586 sq. ft. Renters searching for a spacious one-bedroom rental will find the largest ones in Atlanta, GA, with 786 sq. ft. of living space. Atlanta also offers the largest two-bedroom apartments, at 1,124 sq.ft., on average.

The tiniest studio apartments in the country are in Reno, NV, offering just 349 sq. ft. of living space, on average, so tiny they could qualify as micro-apartments in other parts of the country. Then there are places where the size-standard of rental apartments is low by definition.

Rankings are based on the top 100 US cities with the largest stock of apartments (sometimes referred to as “largest cities for renters”) located in multi-family buildings of 50 units or more. To ensure a relevant sample size, we excluded cities where the number of units completed in one year was below 300 units.