American exceptionalism tends to rear its ugly head when discussing home sizes and how it relates to things like climate change, housing justice, and all those other ess jay double-u things you probably don’t want to think about as your lawn gradually murders local bee populations.

The homes in the thumbnail image are in the small Dutch town of Zwanenburg. If the roofs on these houses were flat, they’d actually look quite a bit like the small brick houses that line the side streets of Queens, particularly in that gooch between Jackson Heights and Elmhurst. Except that Queens is the largest borough in one of the biggest cities in the world, while these houses are in an area with dramatically lower population density.

So why so little and jammed closer together? That’s one of the hallmarks of European home design. It’s not just from an urban planning standpoint, although it certainly factors in– the way that homes are constructed is also radically different. 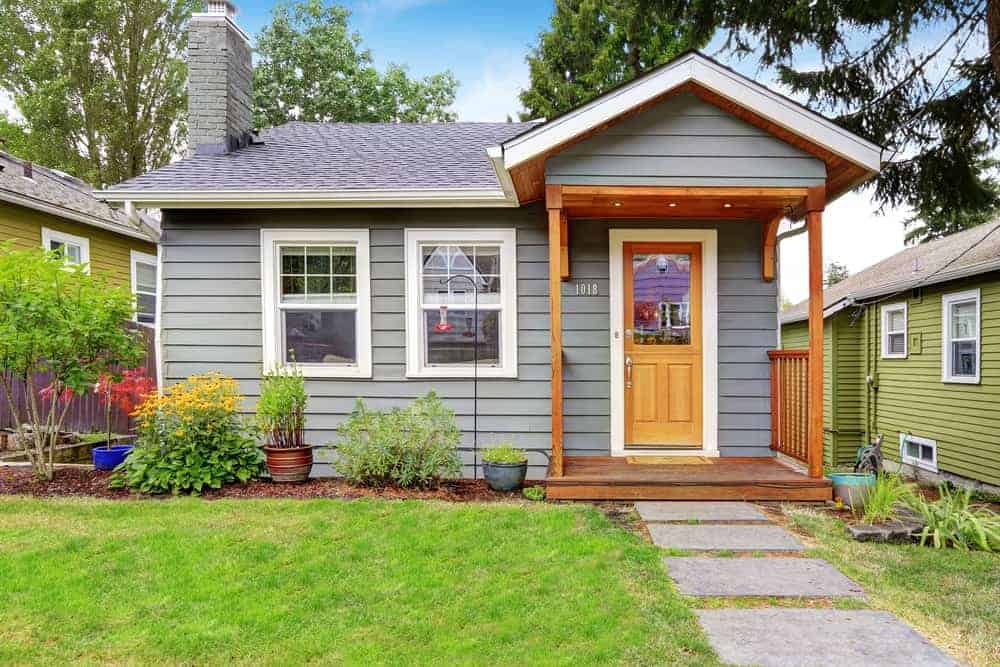 Simply put, American homes are much bigger than European home designs whether it’s a suburban house or a condo in the city. We supersize things here, dammit. But we are also a land of extremes.

You either have this hulking beast of a McMansion or you rebel by basically turning a micro studio apartment into a freestanding structure (read: tiny house). Data from the US Census also shows that average square footage of homes has also increased over time, while European home sizes have somewhat remained static because they’re just built to last longer. The nationwide average square footage for a single-family home was 1,740 square feet in 1980.

In 2010? 2,392 square feet. The medians were 1,595 square feet and 2,169 square feet respectively. Because European countries aren’t a monolith, there’s a couple numbers to compare these American ones to.

Prior to Brexit, the UK had the smallest average home size in the European Union–about half the average home size in the US. This study by Tableau and Find Me a Floor quoted the average in square meters, coming in 71.9 square meters or about 774 square feet. That’s pretty much about the same size as my pre-war apartment in The Bronx if you added another bedroom and expanded my shitty little bachelor kitchen to something you could actually fit a full-size fridge in.

Everything is all relative, though. Large Mediterranean villas are definitely raising that average in Italy, and I dove into apartments in Spain a little when researching popular destinations for American home buyers looking to leave. Apartments in Madrid and Barcelona are about the same size or even smaller than studios in New York. 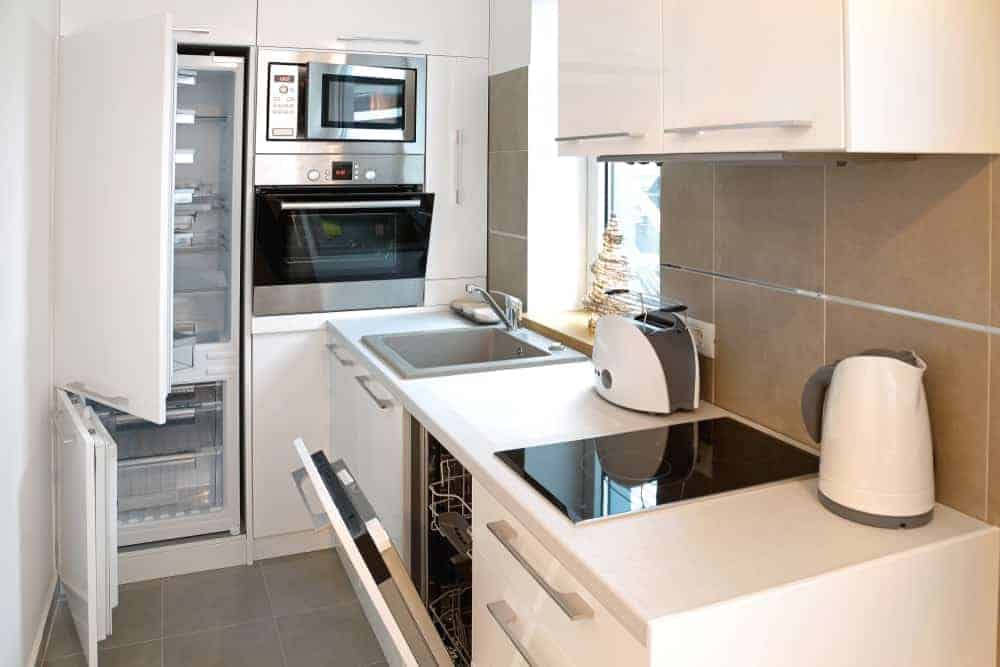 None of the doors actually open all the way, and while it may be only $500 a month in Madrid, you can bet this is at least $4,000 a month in core Manhattan. Probably even more in San Francisco if you don’t want to share a bed with six other software engineers.

But all up, homes across the pond are simply a lot smaller. Families make do with a lot less because consumerism isn’t really a way of life the way it is in the states. People still buy stuff but the whole idea of using a ton of space to store a ton of things is mostly American. That’s namely because… 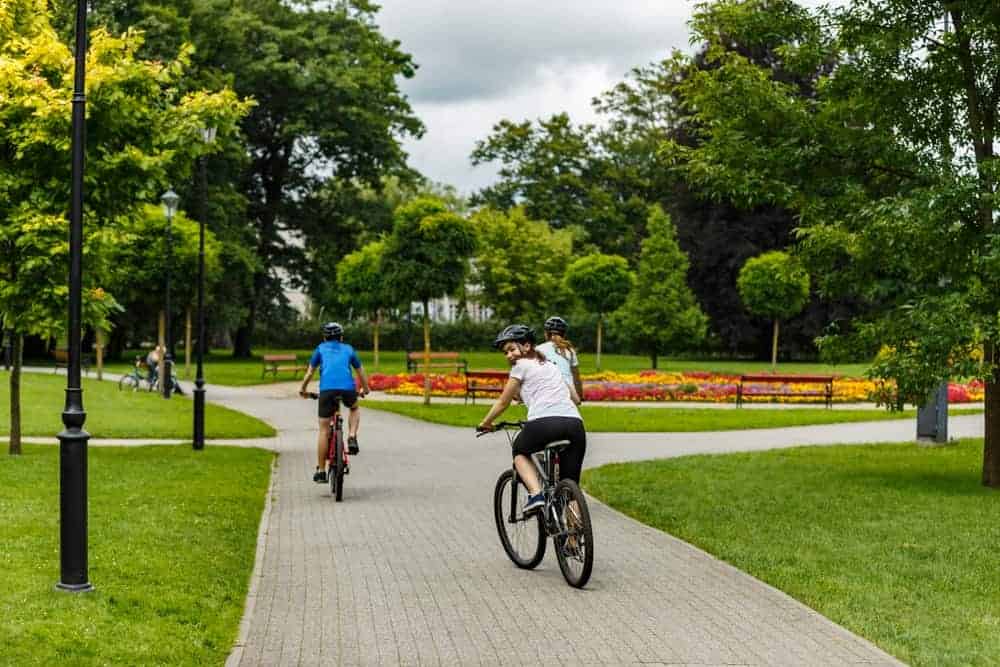 When an app that’s basically like Tinder, but for general contractors, surveyed American and European homeowners and buyers, suburban living was overwhelmingly favored over rural and urban properties. However, 23% of American buyers specifically sought out gated communities, 28% wanting cul-de-sacs, compared to 5.5% and 3% respectively for European buyers. These things are a largely American invention.

Because well, American urban planning is largely isolationist. European urban planning, and thus home building, places more emphasis on community elements like parks, greenbelts, and overall walkability where you’re more likely to see and talk to your neighbors than your average isolated American suburb where you have to drive everywhere and it often looks like no one actually lives on the blocks. Because homes are also smaller, with less space to store things, it makes you more apt to go out for things that Americans are likely to have at home, like lawn equipment, hobby supplies, or pools.

There’s just more emphasis on seeking these amenities out communally instead of having private versions at home, unless you’re incredibly wealthy. Unlike how pools would be common backyard features in Florida and California homes, but could be a harder sell in the northeast where they require more seasonal maintenance. From both philosophical and urban planning standpoints, Americans are just by and far more antisocial and isolated.

Spend your money freely, but not time with friends or neighbors. The whole “a man’s home is his castle” ethos mutated in those figures from the census over the decades. It wasn’t just literal castles that got built, walls were built as well. You may also like Asian vs. American Homes! 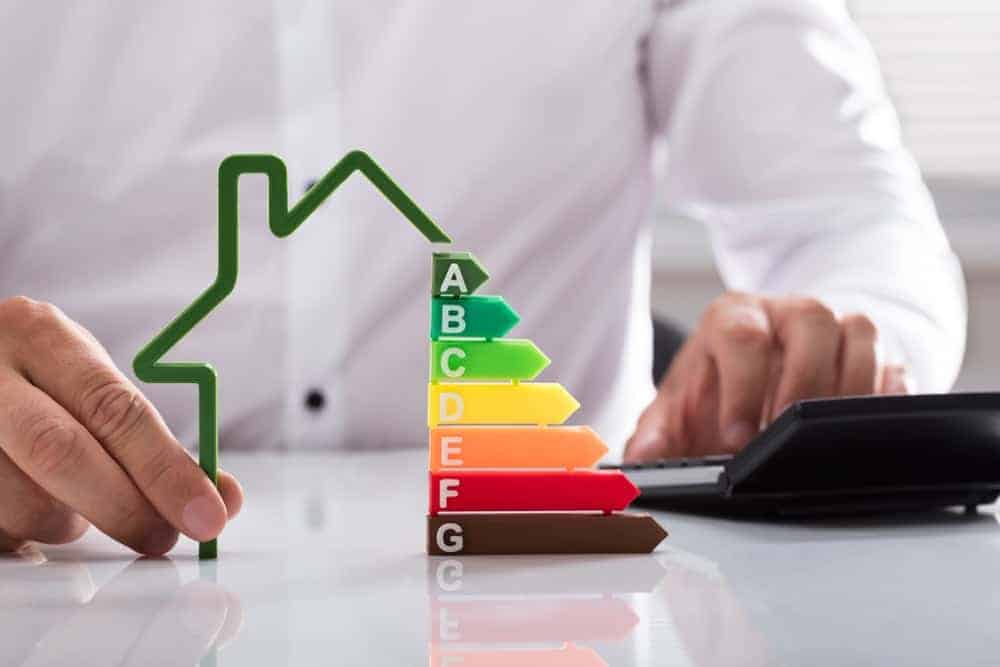 The difference in home size has a lot to do with it. Obviously, a smaller home uses less energy than a larger one. But it’s also a matter of the building materials used, heating and cooling, and other elements.

According to Först Consulting, a construction and architecture firm with experience in both American and European home design, size matters but the key difference is the building materials. Exterior walls are built with insulated concrete in metal frames, which is designed to retain heat more efficiently. As an added bonus, they’re thicker than a Big Daddy’s milkshake so you can either get some serious podcast recording done at home.

Which is making me weep in “shitty old pre-war apartment with walls thinner than dollar store pantyhose”. After all, European countries are a lot closer to the Arctic Circle than we are. Seasonal cycles happen there just like they do here, but that heating and cooling difference is so much more palpable.

Air conditioning just isn’t a thing like it is in American homes. It’s more common in commercial and industrial spaces, and even many offices don’t have air conditioning. Which is why this past summer, that heatwave throughout Europe was really devastating to elderly and infirm populations.

It’s not like in New York where we have mandated cooling centers if vulnerable residents lack air conditioning at home. Sick and old people can literally die here without AC. Not even sturdy pre-war construction and planning prevents that.

In addition to efficiently keeping heat in, the thick concrete-reinforced walls are supposed to help keep the temperature stable year-round. Although this can end up backfiring during a heatwave, as we’ve seen. Between higher solar usage and more incentive to use green energy, home design across the pond is designed with more energy efficiency in mind.

More priority is given to green construction, retrofitting, and demolition practices, whereas over here it’s a matter of who’s the lowest bidder for the job. Huh…almost like runaway capitalism has consequences for the planet or something. Whereas in most European countries, utility costs are so much higher than Americans are used to paying.

What you gain in efficiency due to smaller homes and appliances, you end up losing in higher rates. So it’s definitely something to ponder if you’re thinking about expat life and are being swayed by lower housing costs and better quality of life than you can find here. Hey, a $300 electric bill beats the hell out of $18,000 for insulin.

All up though, size and energy grids are things that can take Americans by surprise if they move or do extended stays in Europe. It’s up to you to decide which home design suits your needs better.