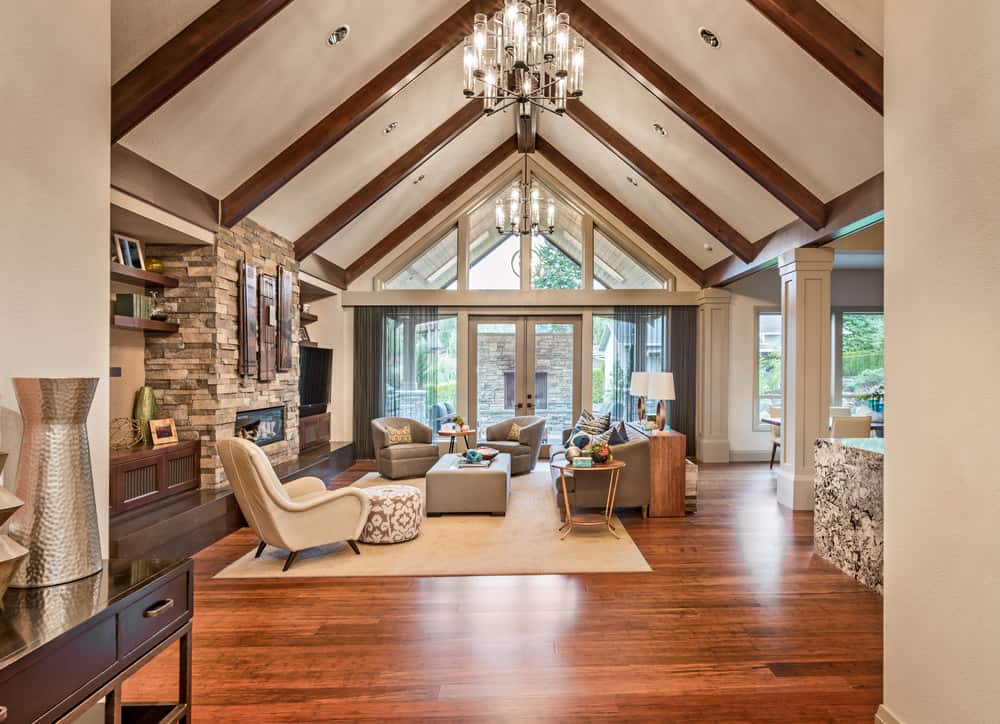 You just might be surprised at how many different types of ceilings you have to choose from.

Below we set out 12 ceiling design options. Keep in mind, for each type, there are many variations so the resulting number of ceiling designs is really infinite.

We also feature ceiling styles by room toward the bottom. 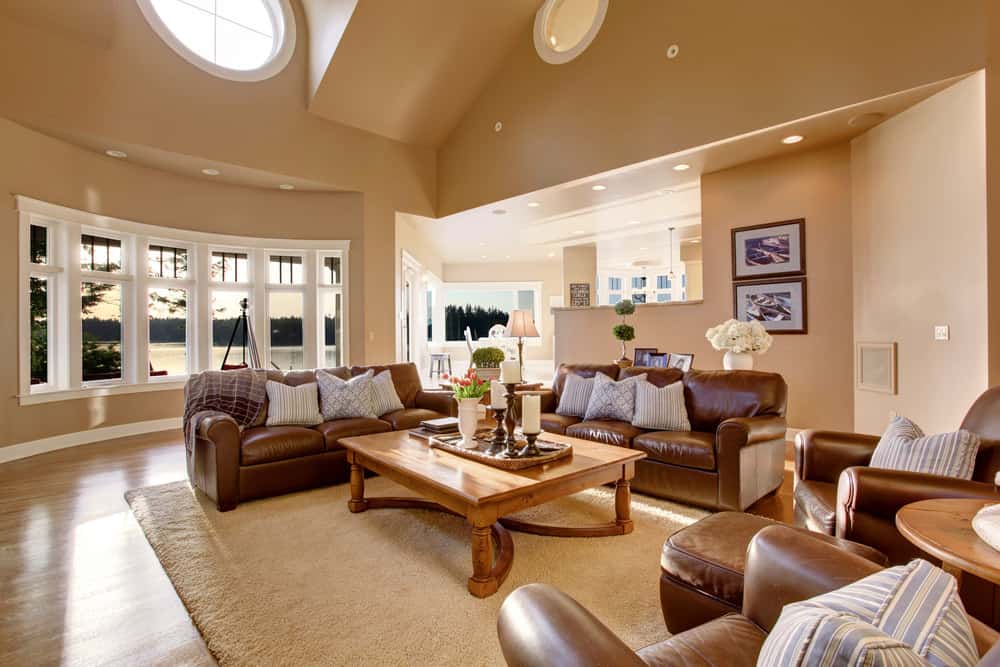 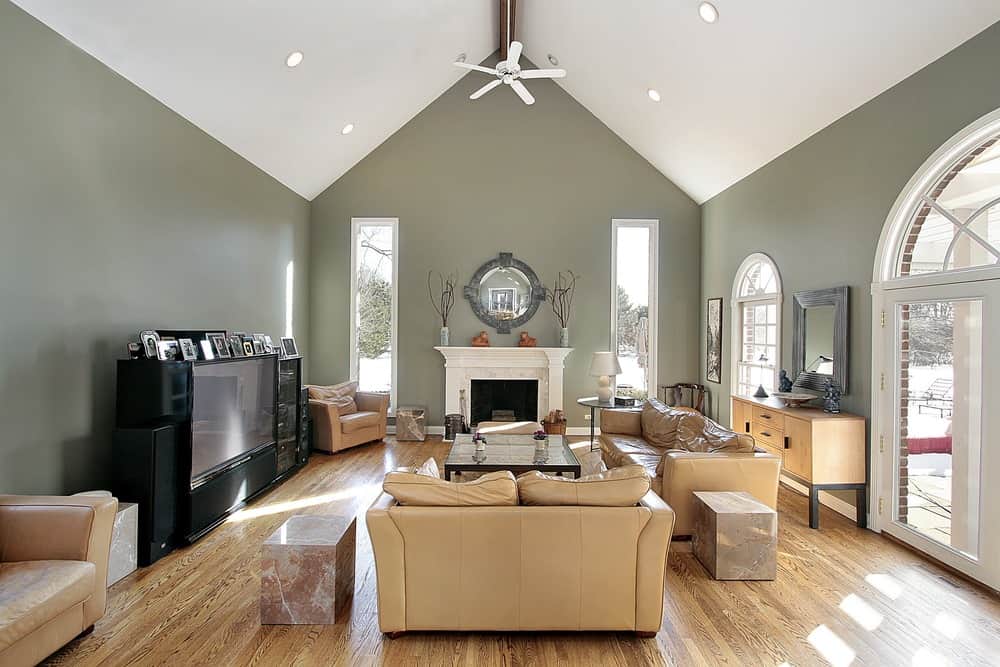 Cathedral ceilings are symmetrical design. Each side is similar length and meets in the center creating an apex. It’s a classic look and typically looks fabulous. The downside is it prevents having a second floor… but many homes elevate the living area ceiling like this and restrict the second floor to other areas of the home. 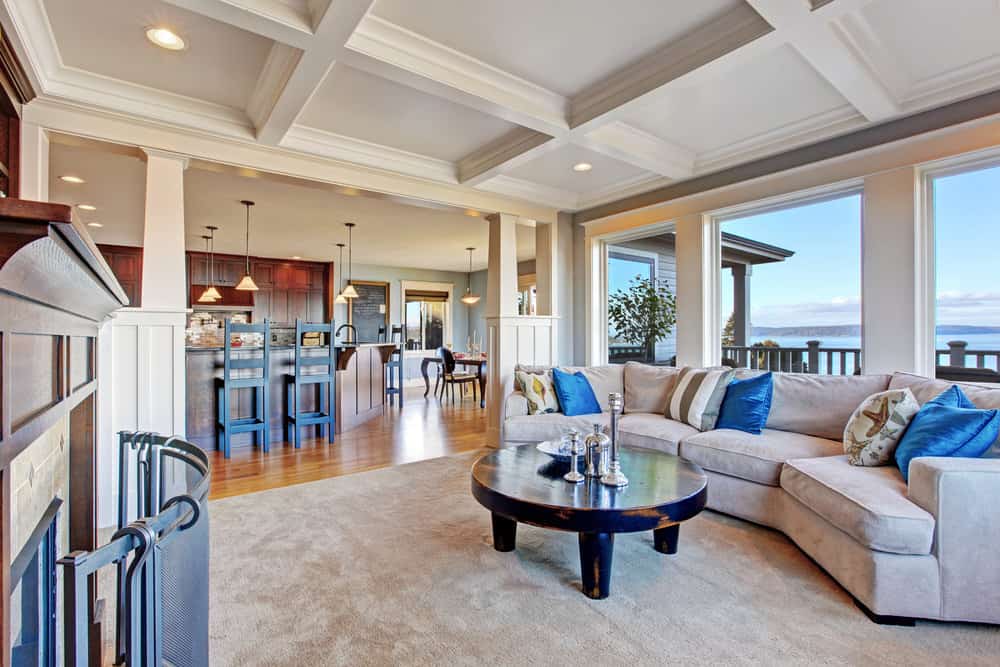 The coffered ceiling is an elegant ceiling option which takes crown molding and a beamed ceiling combo to a new level. It’s a series of beams in a geographical pattern (usually square or rectangle) with crown molding added to create a pleasing-to-the-eye ceiling effect. It adds visual interest and depth to the ceiling. 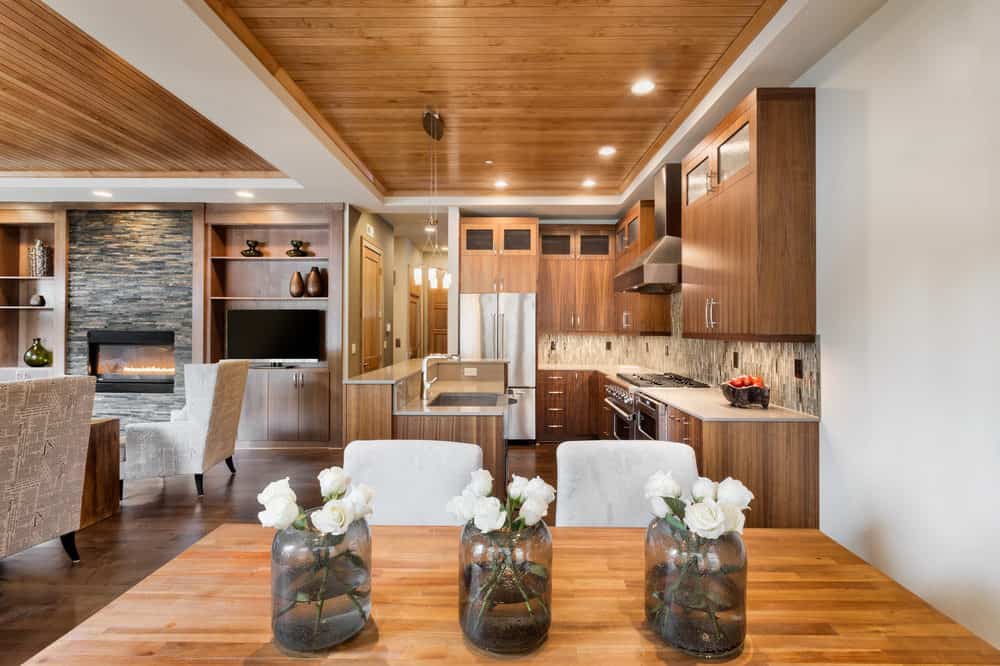 The tray ceiling is aptly named because it looks like the top of a tray. It creates depth; in other words it makes your ceiling look taller while at the same time frames a room. It’s great for open concept because it helps create designated spaces within a large open concept living space. The photo above illustrates this by using the tray ceiling to demarcate kitchen, dining and living room. 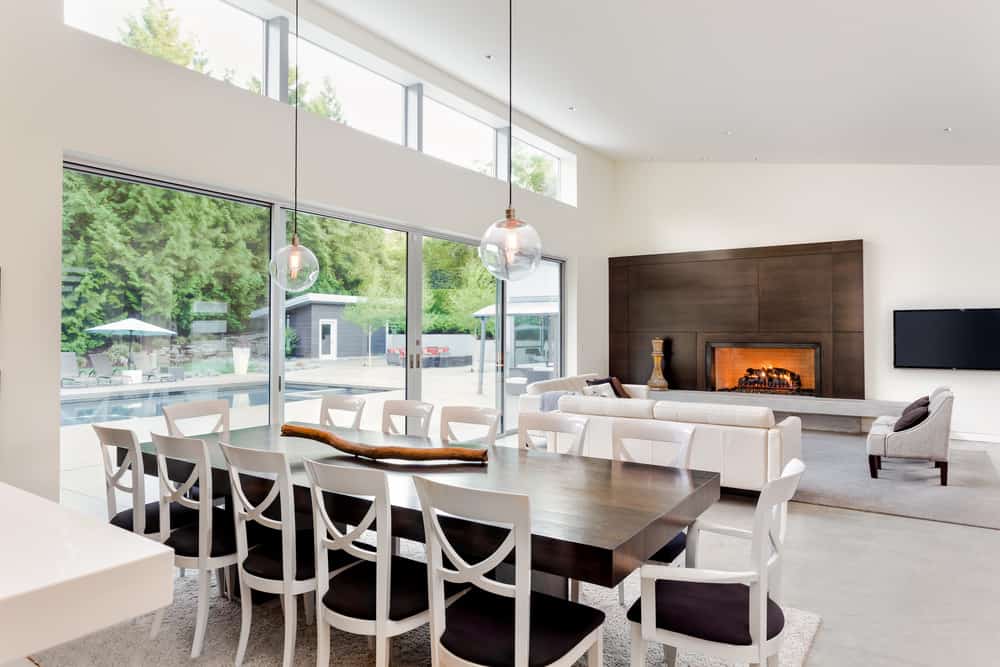 A type of vaulted ceiling, the shed ceiling is a ceiling that angles upward or downward from low to high but has only one leg. They can be steep or subtle. The above example is a subtle shed ceiling. The high part of the ceiling is elevated sufficiently to add a row of upper windows which adds a lot of light to the room. 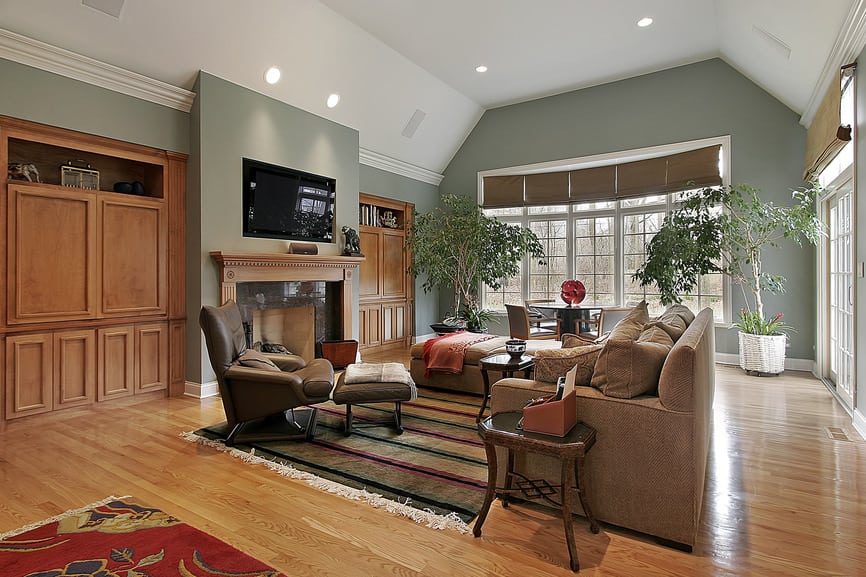 Cove ceilings come in many designs. The concept is that the ceiling elevates in a gradual manner whether straight lines, inverted steps or curves. The above is an example of a cove ceiling that elevates with steep angled straight lines. 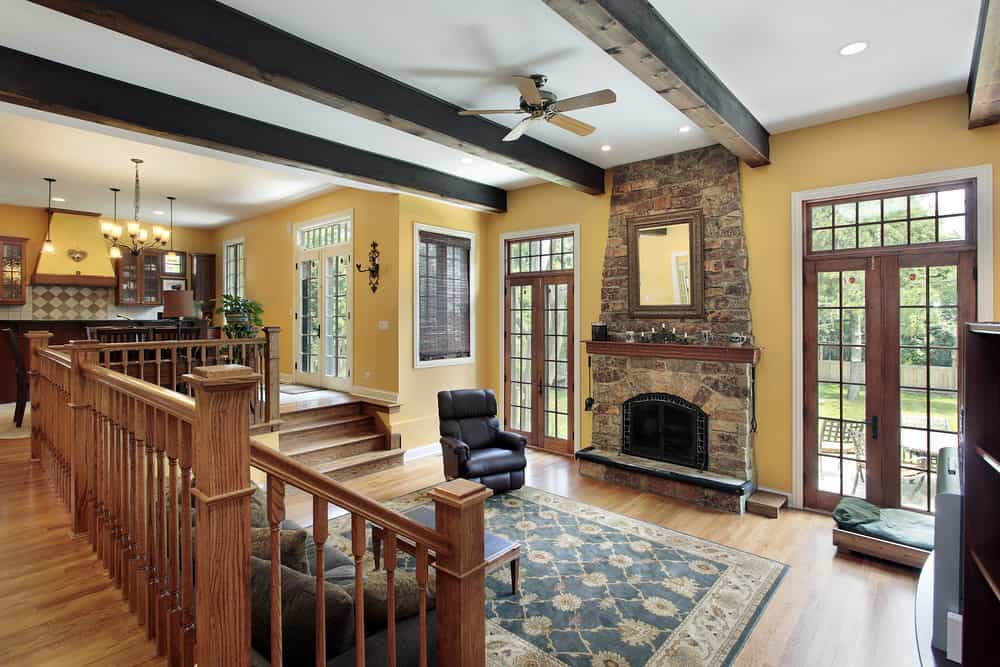 A beamed ceiling is one with exposed beams. There can be many or few beams. They can be integrated in a regular flat ceiling (like the example above) or into a vaulted ceiling. It’s a very attractive look that adds visual interest to a ceiling; in fact it’s so desirable, faux beams are popular which adds the beam effect to ceilings without having to install real wooden beams. 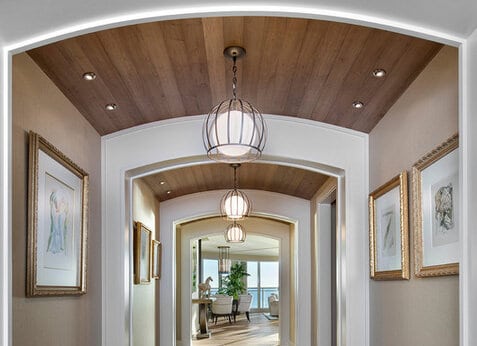 The barrel vault ceiling is one that’s a upward arch the entire length of the room like a barrel cut in half. 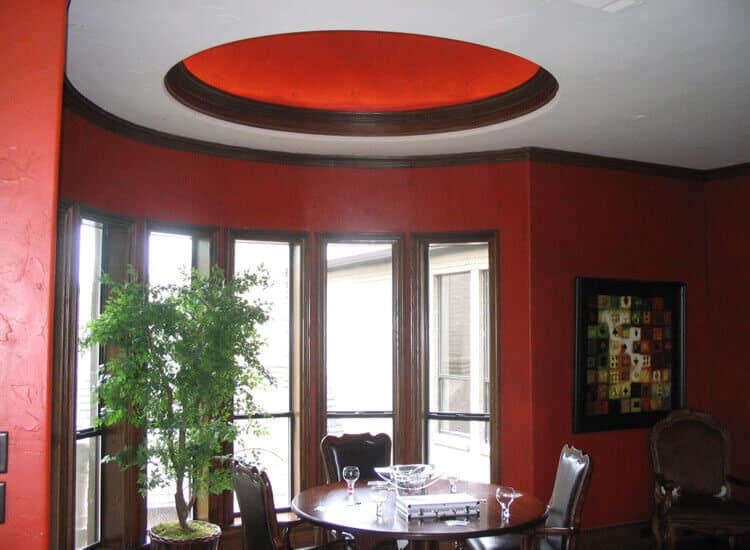 The dome ceiling is a spherical ceiling that rises up like a dome. The dome can cap an entire room or be an inserted dome like the image above. 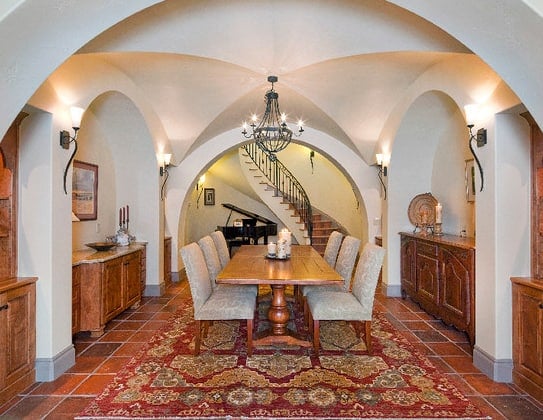 Perhaps the most dramatic and spectacular ceiling design is the intricate groin vault ceiling which is a series of partial domes and arches creating an elevated ceiling. 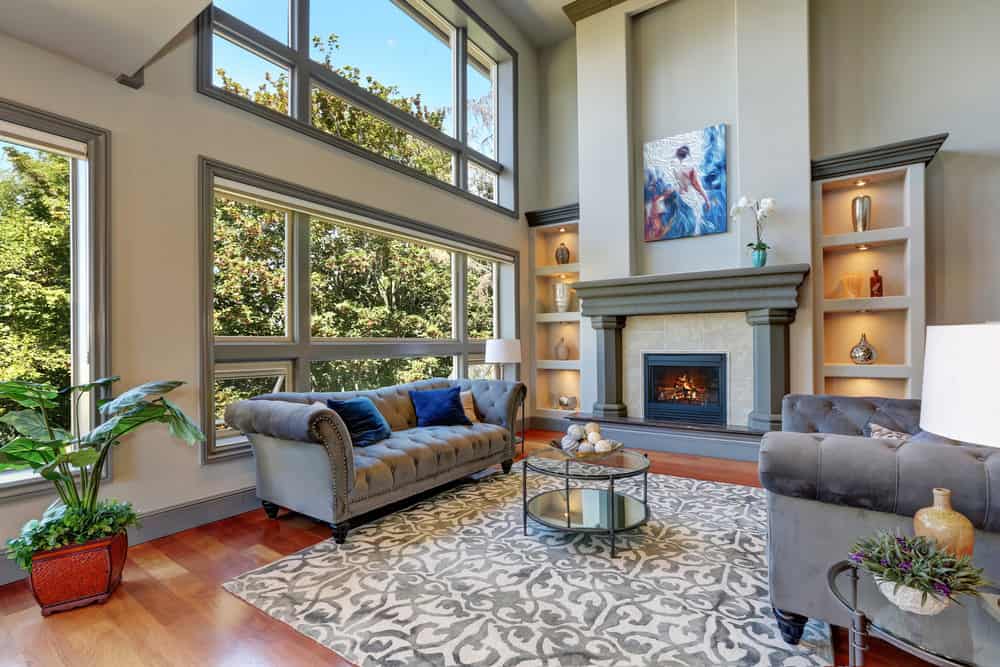 Technically, tall ceilings isn’t a type of ceiling. It’s an umbrella term for a ceiling that is above-average in height, or should I say above the normal ceiling height of 8′ to 10′.

However, we include it because it’s a popular ceiling term people search for and so we created a dedicated photo gallery to all kinds of rooms with tall ceilings. 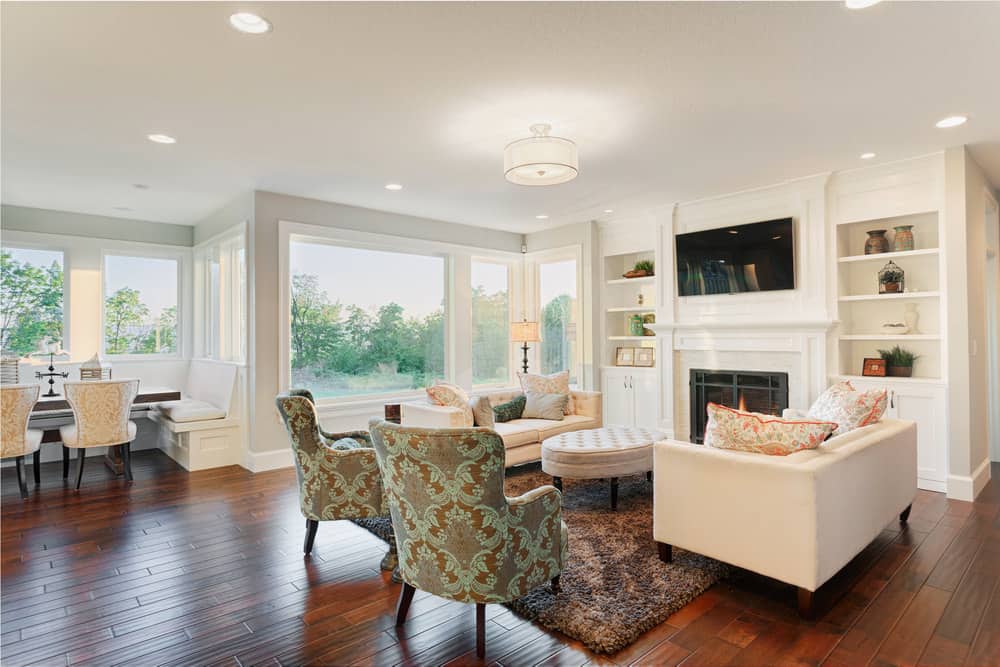 We cap this type of ceilings article and gallery with a regular ceiling, which is the most common. A regular ceiling is 8 to 10 feet in height and flat. These days, it’s common to incorporate recessed lighting, which is great for lighting the room and adds a nice design element. 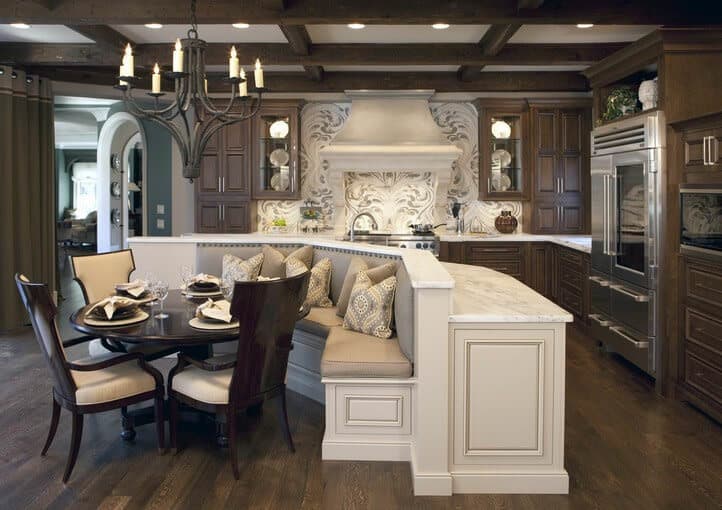 While you can check out ceilings by a specific type, we are happy to offer ceiling types for the main rooms of the house. Kitchen ceiling designs vary tremendously and there are some incredible ideas out there. Check them out.