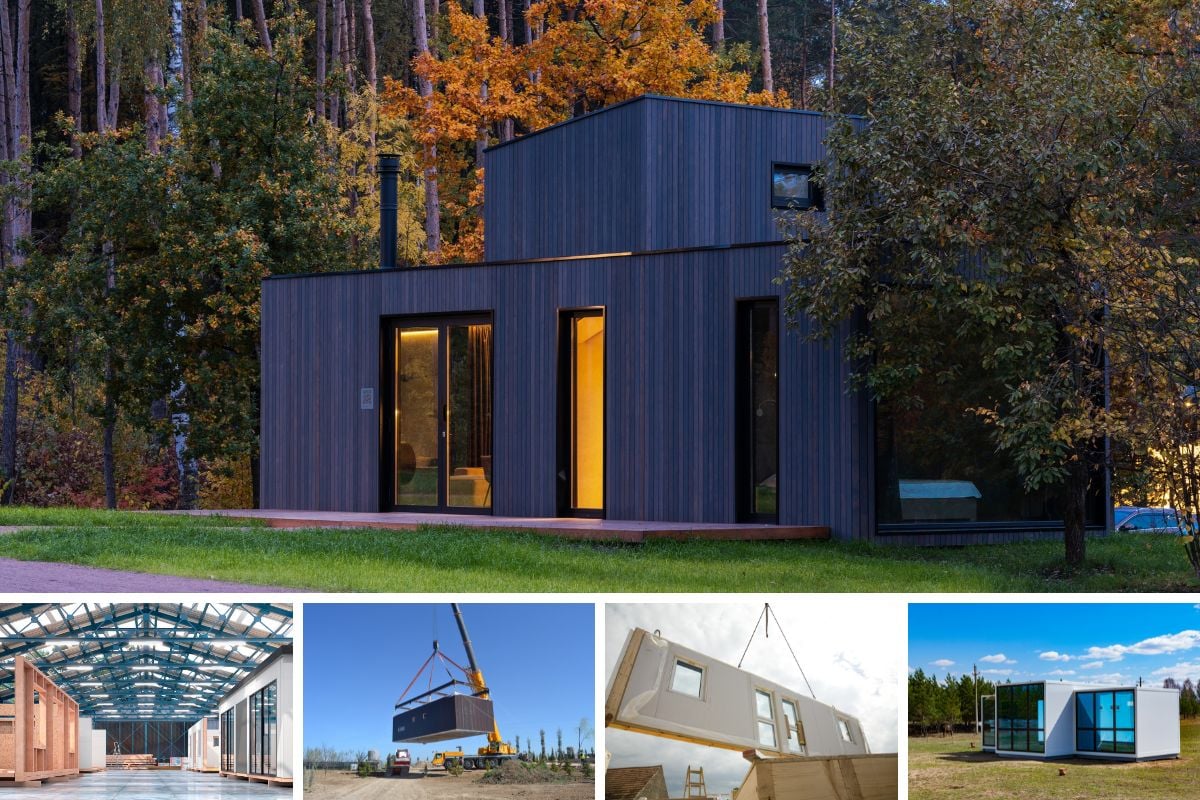 Do you wonder what separates a modular home from a traditional home? Well, it’s simple.

A traditional home is built on-site. The builder purchases a piece of land and the contractor and the crew arrive on the site and start building the house.

Modular homes, on the other hand, are built off-site. The builders and the crew build the houses in a climate-controlled building and then the home is shipped to the site. The earliest version of the modular home came from England in the 1600’s. These prefabricated kits are what led to the first home kits.

The first modular homes were called “kit homes.” The very first home kits were sold through the Alladin Company’s catalog. However, they weren’t as popular as the kits sold by Sears and Roebuck. In the mid-19th century, Richard Sears began selling his products to the public through his very first catalog.

Sears initially sold watches until he realized that his catalog was making his company incredibly successful. By the turn of the 20th century, he believed that he could be more successful if he were to sell more than just finished goods. By this time, he had partnered up with his watch repairman, Alvah C. Roebuck. Between 1908 and 1940, the company sold over 100,000 home kits. 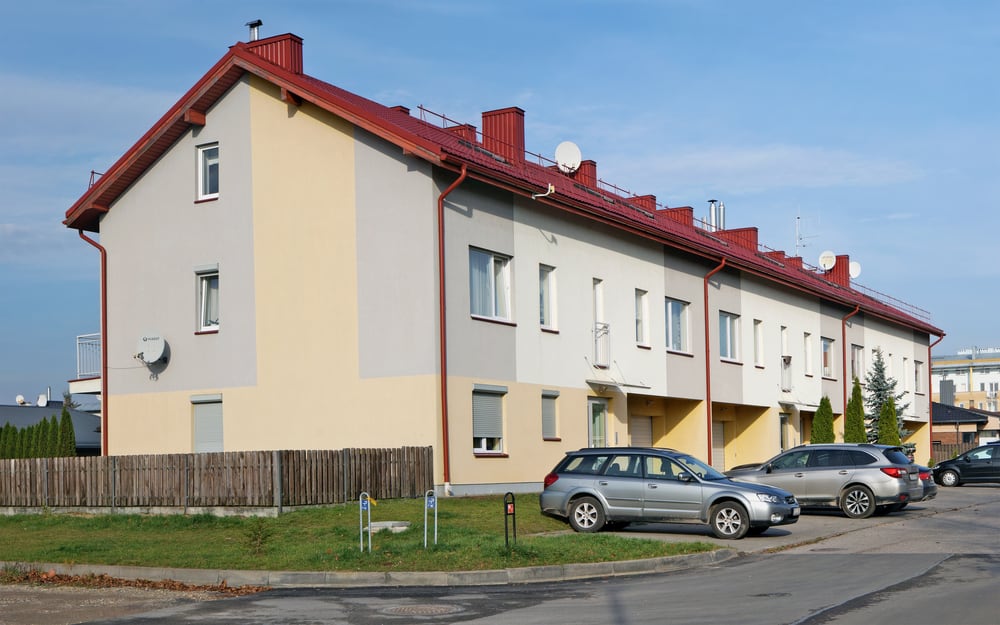 In 1908 after the Sears Roebuck Company was founded, they began selling kit homes. The original kit homes were the basis of the modular home idea. Buyers, however, did not get their homes already made. Instead, the Sears and Roebuck Company would sell the materials to build the home and the directions so that families could get everything that they needed to build the house of their dreams.

Handy buyers would build the house themselves based on the instructions. But most buyers would hire a construction company to build their homes because after buying the home kits, they only needed to worry about paying for the labor. It was this idea that helped the true modular home to be born. 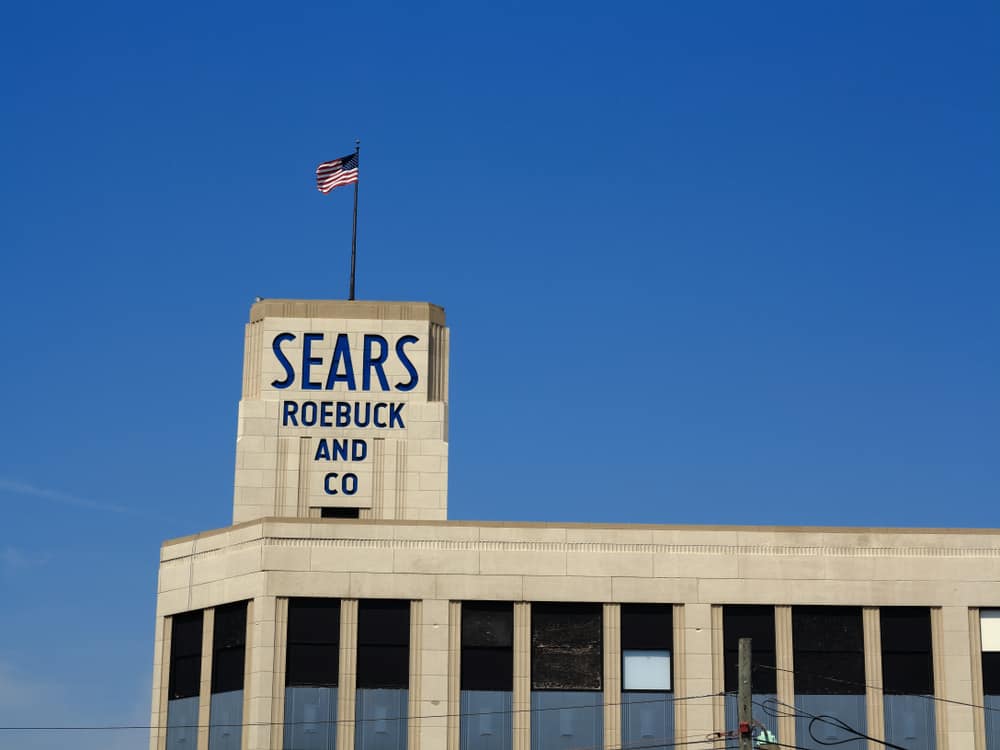 In 1913, true modular homes became a real option for families hoping to own their own homes. Richard Sears was an advertising genius. Aside from offering consumers the opportunity to shop from home, he was also great at getting the word out about his company.

When Henry Ford introduced the assembly line, he had the idea of building homes for families in a factory. It was a great way for families to buy a home at a reasonable price. Building companies quickly began to see all the benefits of building houses on an assembly line. Rather than making plaster walls on-site, they found that it would be easier to mass-produce drywall in a factory.

Rather than installing the plumbing and electricity on-site using skilled laborers, they found that it would be much cheaper to do this in a factory. They found that lower production costs would make it easier for middle-class families to own their own homes.

When the stock market crashed in 1929, people could no longer afford to buy their own homes. This caused the home kits, modular homes, and trailer coaches to decline in popularity to the point where many of the companies who produced these homes went out of business.

During the post-war era in the 1950’s, modular homes surged in popularity once more. The veterans coming home from war needed housing for themselves and their families. Also, with the new highway systems in place, getting the modular homes out to the properties became much easier and much less expensive.

Trailer coaches also grew in popularity again. However, owners stopped using them to move from town to town. They used them in their permanent inexpensive homes instead. Soon after, popular home builders Gunnison Housing Corporation and Lustron Corporation began making modular homes as well.

While these homes were a great way for people to afford their own homes, most people were still going for the traditional method of house building.

But many home building companies saw the benefits of building sections of a house in a factory. It was originally just prefabricated walls that were built in the factories and then shipped. When baby boomers started needing housing, the need for larger homes grew. This was the time that the modular homes grew in popularity.

In 1958, the very first double-wide home was built according to local building codes. Since these homes were less expensive than the traditional homes built on-site, it became a great alternative for potential homeowners.

The popularity of modular homes continued to grow in the 1970s. This led the federal government to enact some changes and regulate the way that these homes were built for safety purposes. It was in 1976 when the U.S. Department of Housing and Urban Development building code was created. It is also known as the HUD code and it sets certain standards for modular and traditional homes.

People were still buying these homes because it was the best way for struggling families to have their own homes. In 1994, the HUD codes were updated to make the standards even higher for modular homes.

Since the new standards were set, modular homes were built to attract a more upscale market. They also became more eco-friendly which attracted a whole new customer base. In the early 2000s, certain technological advances further increased the popularity of modular homes.

SIP panels, structurally insulated walls that could be locked together, were developed. This made it possible to transport the home to the site. On-site, the home could be completed quickly. The modular home became even more popular in 2003 when Dwell Magazine held a modular invitational. The idea was to mass produce homes that when erected on site, would look just like a traditional home. 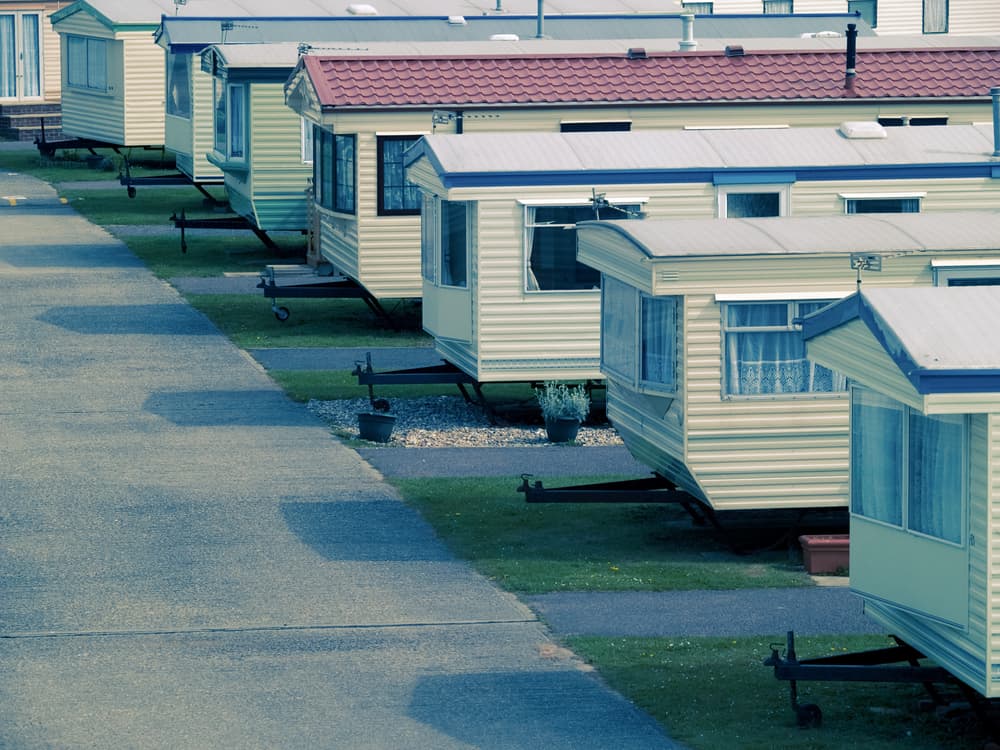 There are also many people who still confuse manufactured homes and modular homes. Manufactured homes, previously known as mobile homes, are built on steel frames called chasses and they cannot be removed. The chasses are used to support the homes and transport them to their permanent locations.

These homes can either be placed in “parks” where other manufactured homes are also placed or be fixed on a permanent foundation, which would qualify them as traditional homes.

Modular homes are the upscale version of the manufactured home.They are built in units that are joined together on-site and, unlike a manufactured home, they can be built as a multiple story house. Modular homes are built with wooden beams that use steel support which makes it possible for the modules to be stacked, allowing the homeowner to have a basement and multiple stories.

Modular homes, on the other hand, can be financed regardless of the year that they were built. When modular homes are built, they are built from the inside out. It typically takes just a few days to build one of these homes in the factory and there is an inspector there to make sure that during each step, the codes are being met.

Typically, there is a 5-step process involved during the construction process.

The first step involves the construction of floors. Underneath the floor is a wood frame built to attach the wall panels later.

The builders will then use nails and bolts to attach the wall panels. The windows are already cut out before they are attached.

As the structure is built, the drywall, ceilings, plumbing, and electrical wiring are installed under the close supervision of inspectors.

The roof is attached in one of two ways depending on the builder. Some companies will build the roof in a separate area of the factor and it is then set on top of the walls. Other companies will send the roof separately and attach it on-site.

The final step is adding the exterior and interior finishes. This is where the buyer’s vision comes to life. The buyer can customize their own finishes such as the siding on the hoe, the cabinets, flooring material, backsplash, vanities, countertops, and many other finishes. It is during the final step that the walls are painted according to the buyer’s decisions.

Transporting the Home to the Building Site 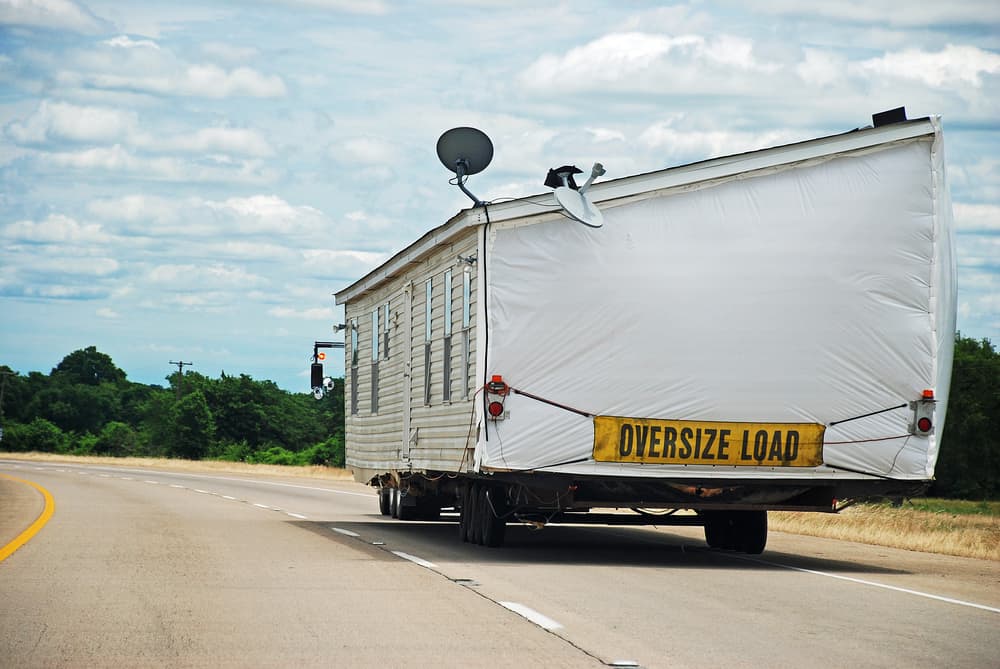 Transporting the home to the buyer’s land is not as simple as it sounds. The construction of highways made the process easier but there are still limitations. Finding a direct route for a truck that is 16 feet wide, 60 feet long, and 11 feet high can be difficult. Roadways, power lines, and overhangs also add to the challenges. So it’s is up to the builders to scout the roadways for the safest route.

When the home arrives on-site, the builders would put the parts together that weren’t constructed in the factory. This is also the time where the deck and stairways would be attached. Since travel can be difficult on the modular home, the buyer would need to have an independent inspector on-site.

The inspector would go through the home to check for structural issues, plumbing issues, and electrical issues that could have occurred on route to the land. The final step is for the buyer to move their things into the home.

Where They’re Most Popular

In the United States, modular homes are most popular in the Northeast for a few reasons. First, there is a lack of land in the area. Most new homes are situated on very small pieces of land. Another reason is the weather. The Northeast has very cold, snowy winters and also very wet, rainy springs. These weather conditions can create huge delays in the building process of traditional homes.

The modular homes of today have come a long way from where they started in the mid-19th century. Today, you can walk into a modular home and you would have no idea that it wasn’t a traditional home that was built on-site. One of the major advantages of modular homes is that the buyer can choose high-end materials for the inside of the home because they saved so much money on the construction process.

Another huge change is that these homes are no longer purchased via catalog. Homes and finishes can all be designed and purchased online. If a person wants to be a homeowner but they cannot afford to build a new home, a modular home is a great alternative.