Ever wonder what kind of useless stuff people buy for there homes? Here's a look at the things people buy to show off their bad taste and inability to spend money. Some of the items and objects people buy and build for their homes might surprise you! 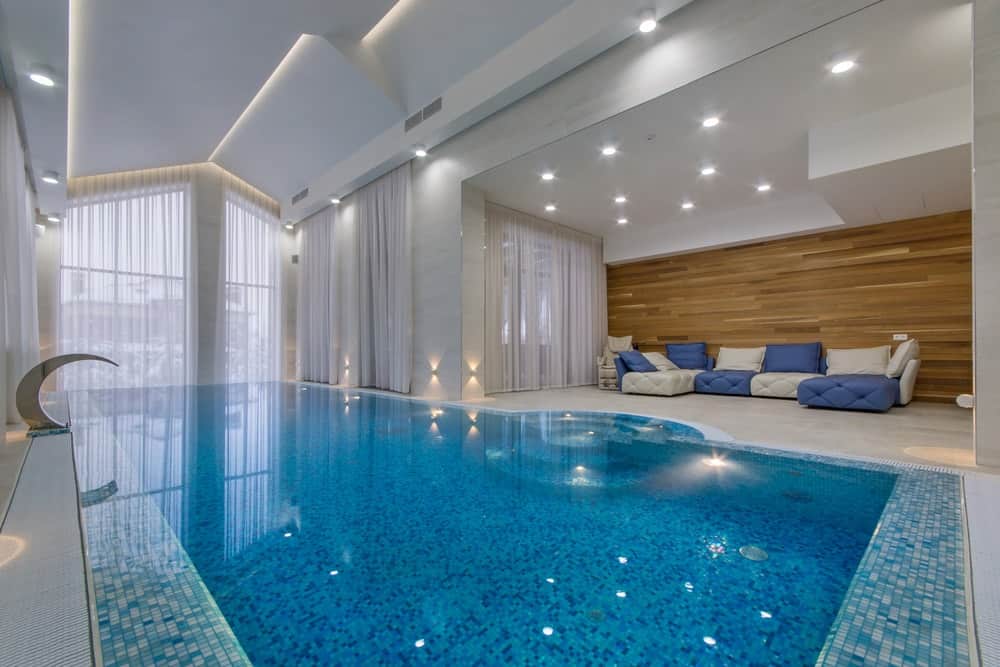 Have you ever walked into someone’s home, looked at an object they bought or built, and said: “why on Earth do you need that thing for?” Chances are good you’ve just walked into a home owned by someone who loves to show off their ability to buy and build useless items or things for their home. It’s enough to make you wonder if they’ve got more money than brains. Sometimes the things they put into their home are fun for a little while, sometimes the thing in question is pure bragging rights, and sometimes it’s just downright useless. Following is a list of things you might find in someone’s home that will leave you questioning their sanity and ability to use money wisely. 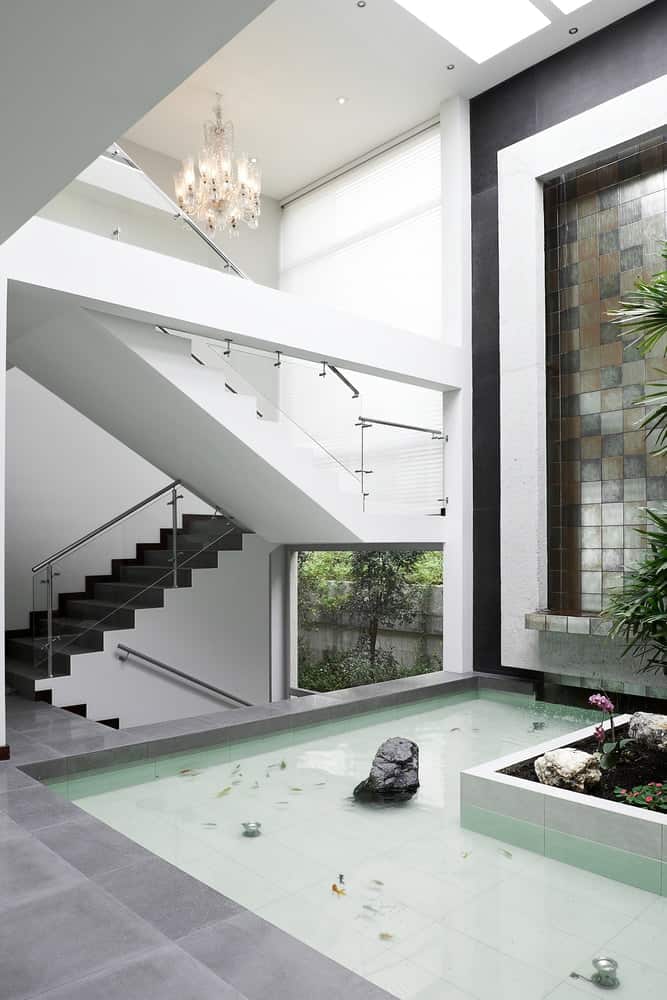 Indoor waterfalls are up there in terms of uselessness. They’re pretty, but the amount of effort that goes into maintaining the waterfall and hoping that the pump doesn’t die or the drain clogs up and floods the home is not worth the cost of installation. Unless that is, there’s plenty of money to pay for preventative maintenance and repairs for when the inevitable flood happens. Then it’s OK to have an indoor waterfall. 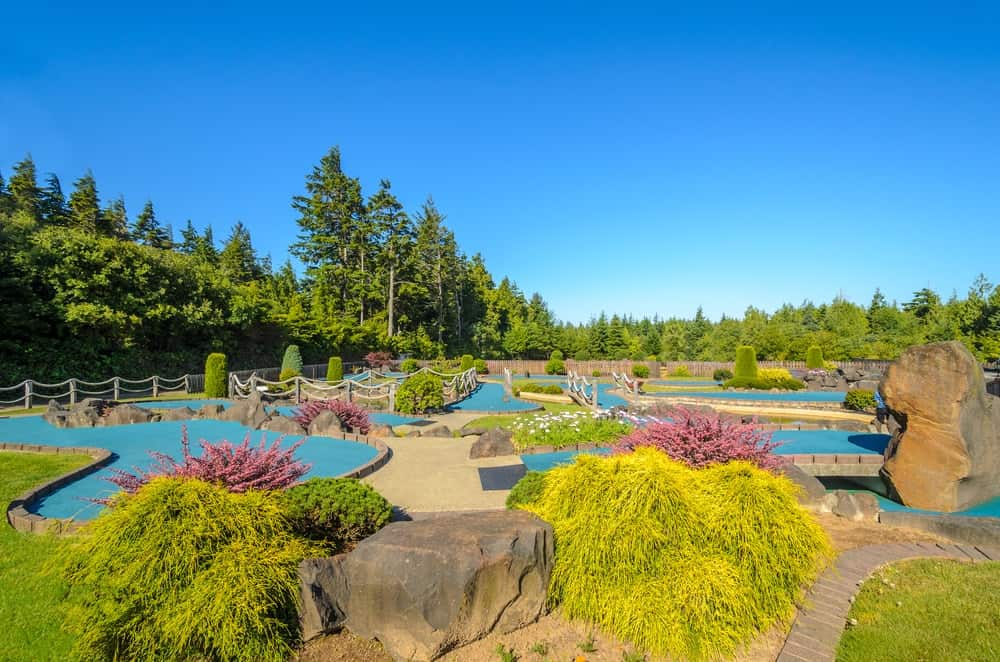 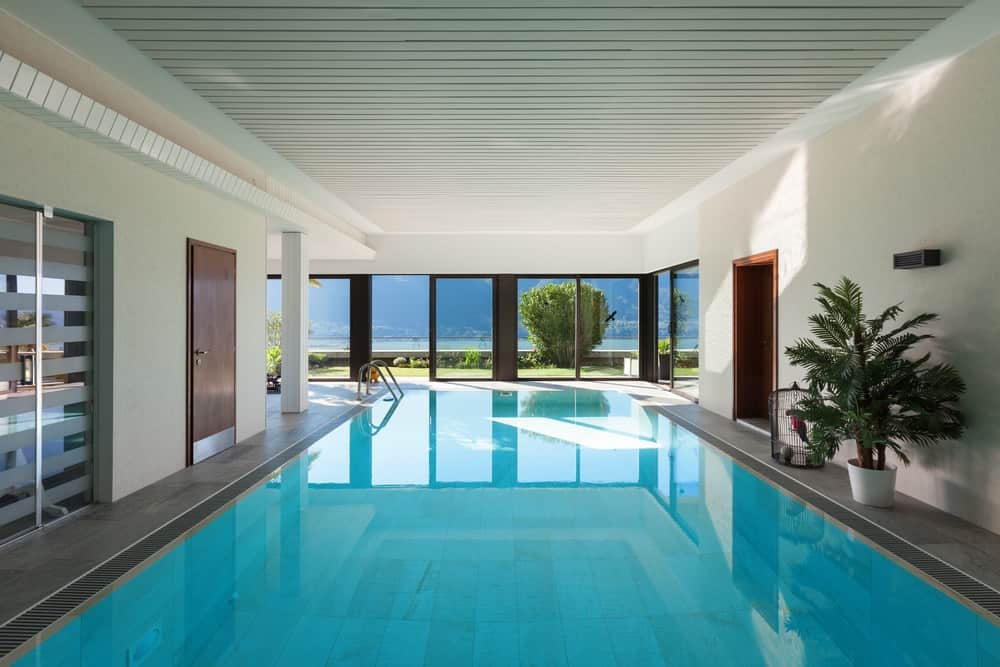 The concept of having an indoor pool in the basement or attached to the home is awesome to say the least. But as a certain adult magazine publisher found out, having a pool in the basement is a recipe for disaster. Sure, you can go to the pool and swim any time you feel like it. The problem is that the pool increases the humidity levels in the home which create issues such as mildew, mold, peeling paint, and can cause the wallboard to soften. Just because someone can do it doesn’t mean they should when it comes to installing an indoor pool.

Fireman’s Pole or Slide Between Floors 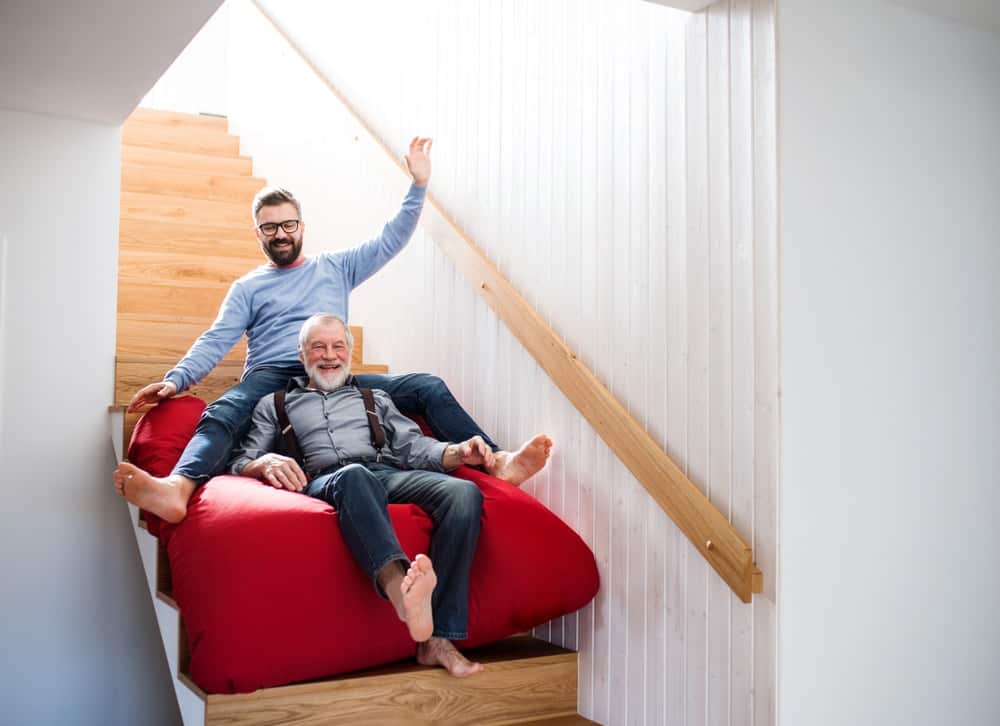 The image of a bunch of firemen sliding down a pole or slide to get to their trucks evokes thoughts of urgency and, let’s admit it, fun. The sensation of flying down a pole or slide at speed is exciting while eliminating the need to do a boring traipse down a flight of stairs. When all is said and done, however, the only thing a pole or slide between floors really says is that “I’m too important or busy to waste time getting from floor to floor.” You may as well install an elevator. 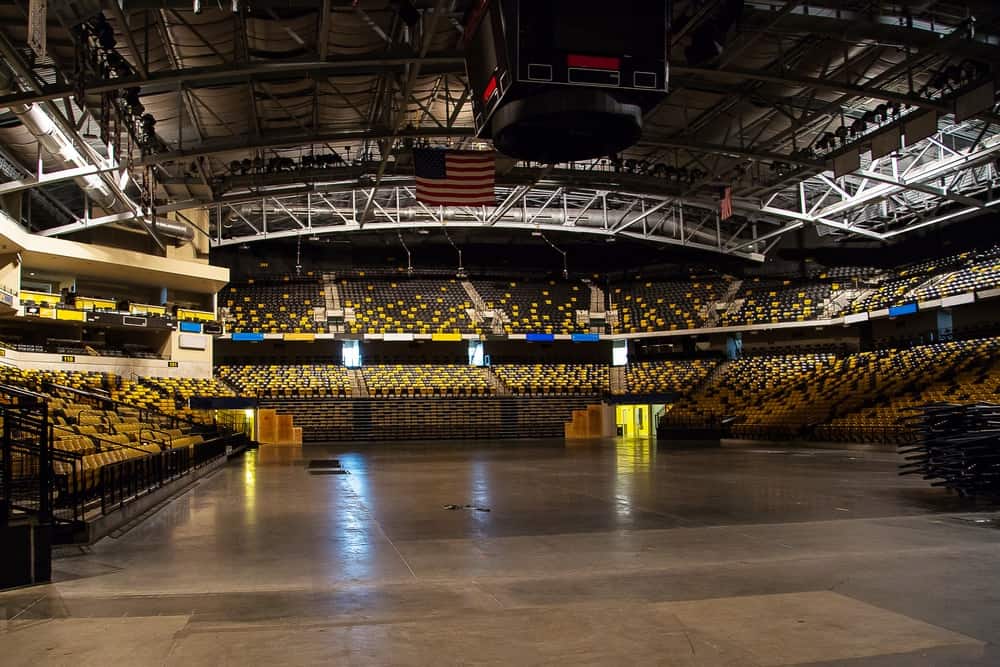 The neighbors are complaining that the kids are playing basketball too late at night, and they’re tired of listening to the sound of the ball being dribbled. The best solution is to build an indoor basketball court to bring the kids inside and stop the noise complaints. Now the kids can play with their friends for as long as they like, but the parents now have to deal with the sound. Unless they put in some really good soundproofing that is. 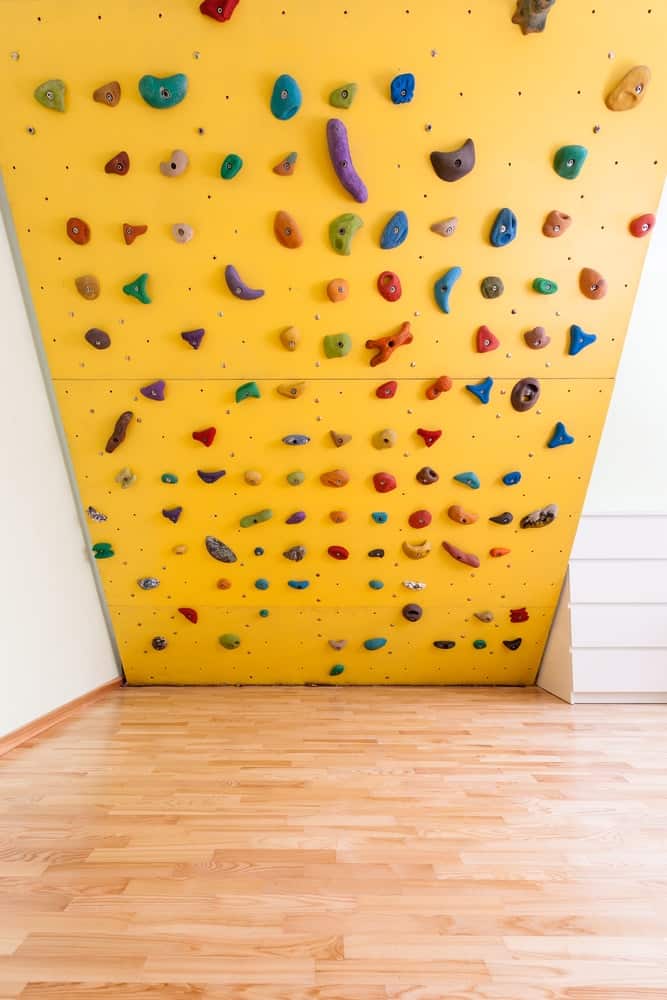 Putting in a climbing wall doesn’t make a lot of sense unless the home is located in a region where rock climbing is hard to come by. Then maybe it’s just a little impressive. Unless there are kids around, or a partner willing to do the job of belayer while the other partner makes their climb. About the only good thing about having an indoor climbing wall is giving the kids a place to hang out and being able to tell everyone that the kids are literally climbing the walls.

Full-Sized Indoor Playroom for the Kids 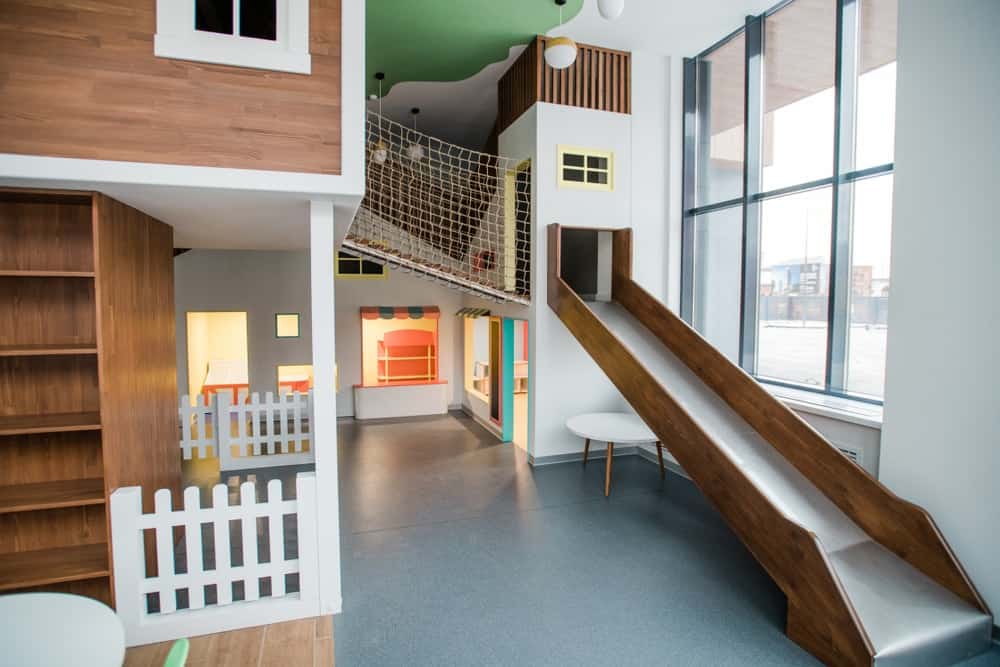 Installing a full-size playground in the home is more than enough activity space for the average 2.5 kid family. The homeowner will have to open their doors for regular playdates to keep their kids from getting lonely. Meanwhile, the parents can gather around the island in the kitchen and enjoy the fruits of the extensive wine cellar. 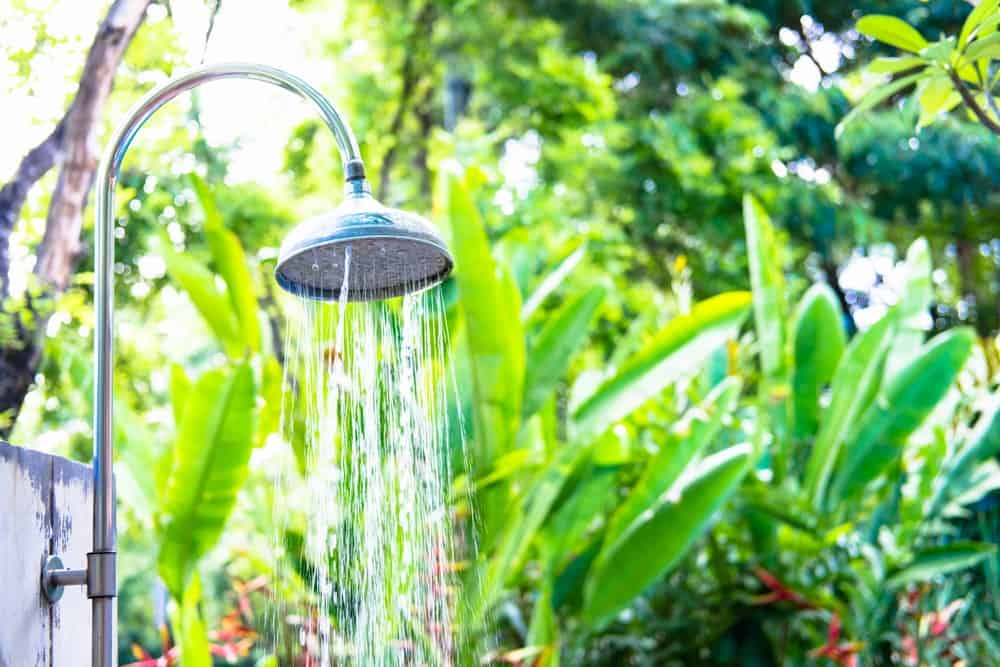 Think of how good it feels to get cooled off by a rain shower on a hot summer day. Now take that idea and turn it into reality with an outdoor rain shower. It’s a wonderful concept, but it’s not all that useful, especially if the weather’s nice for only part of the year. Effective privacy fencing is a must for the outdoor rain shower even if it’s intended for rinsing off after a swim in the pool. Someone might decide to go au naturale for a shower and invite unwanted attention.

Cabin in the Yard 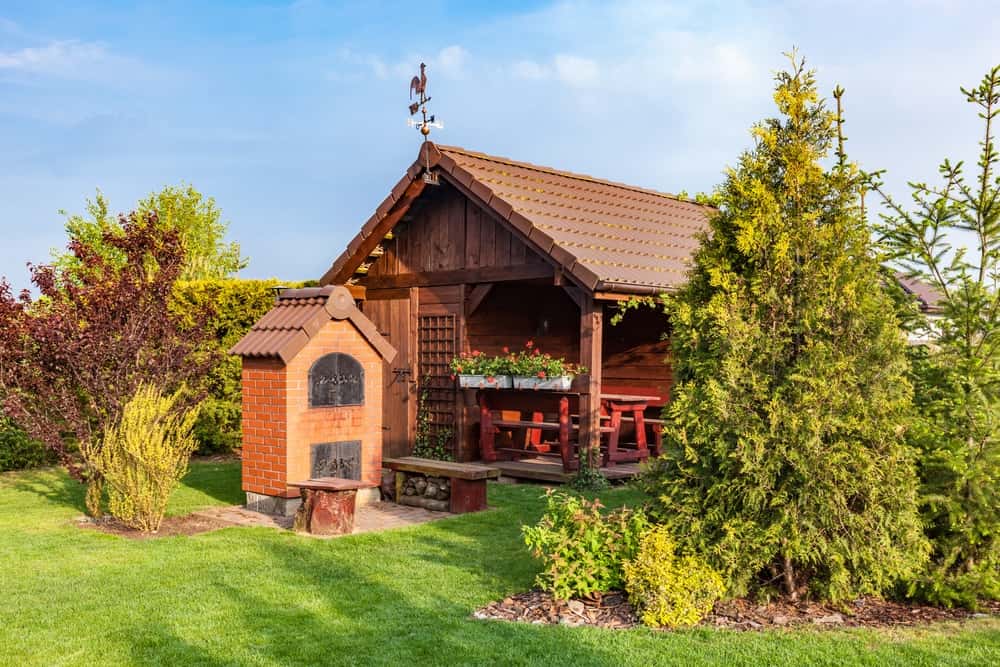 A cabin in the yard is really just an upgraded gazebo with sides to block the weather. It’s kind of useless because if the goal is to keep comfortable in warm weather and escape the pests, why not go inside? Certainly, there’s a desire to just get away from it all and commune with nature in a sheltered space. The issue is, there are far better ways to go about it than simply walking out to the yard and sitting inside a rough wooden structure. 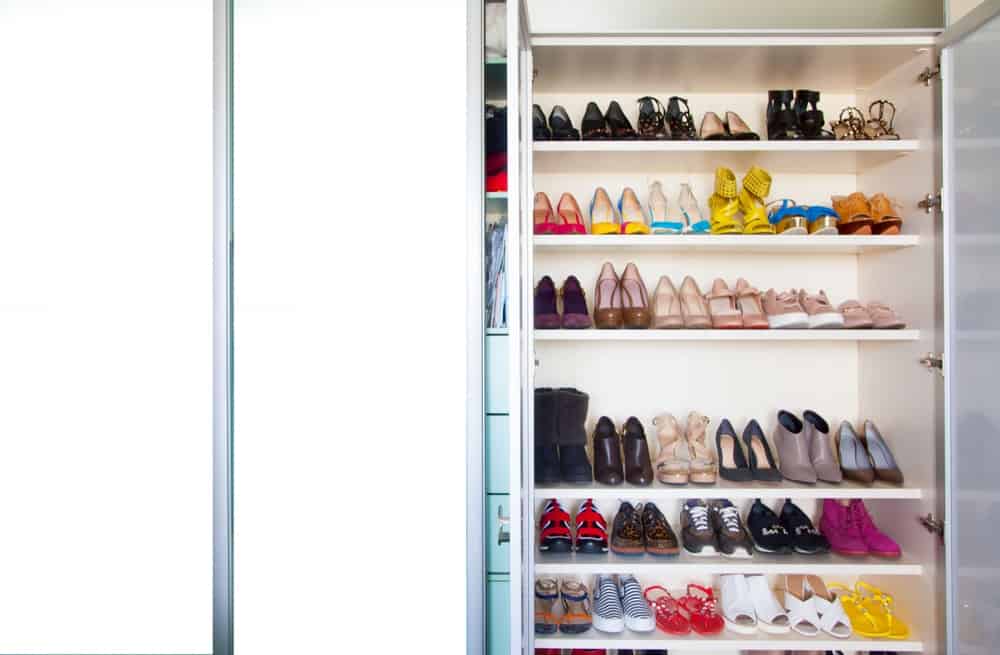 Imelda Marcos inspired this useless trend when it was discovered she had a closet containing over 3,000 pairs of shoes. Since then, people seeking to impress others have built huge shoe closets to showcase their expensive and extensive collection of designer shoes. Chances are good that they wear a pair of worn-out kicks as their daily drivers and leave the good stuff on the shelf. 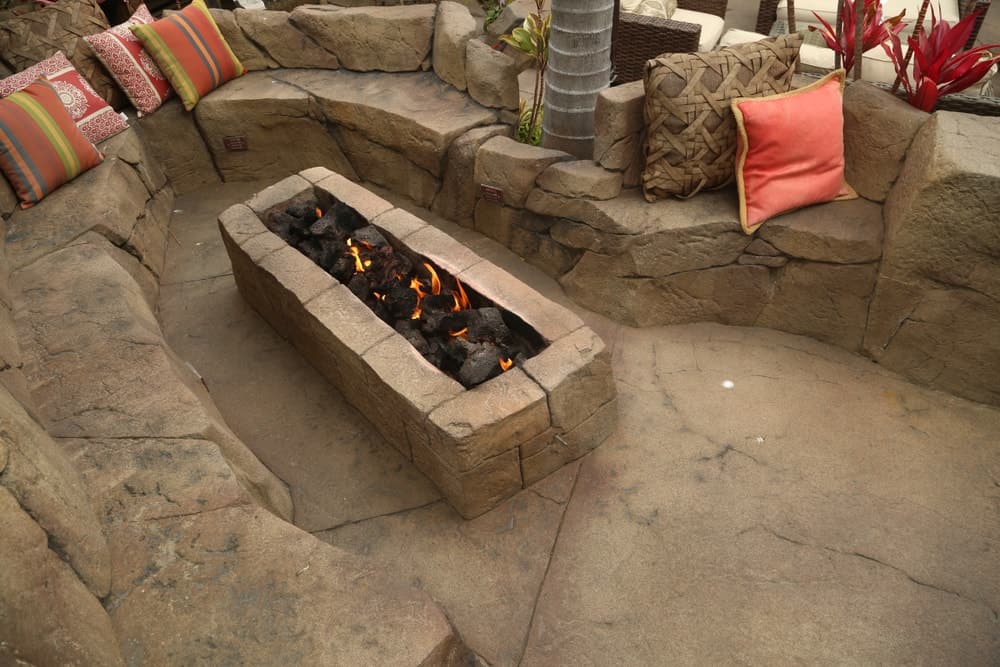 Anyone can have a fire pit in their backyard for sitting around and sipping a few beers. The fire pit becomes useless when someone makes the fire pit so fancy that you don’t want to spend time hanging out next to the fire. Uncomfortable benches, fires that are piped natural gas instead of logs, and no redeeming qualities like starry nights because there’s a canopy overhead are all deal-breakers when it comes to making a fire pit useless. 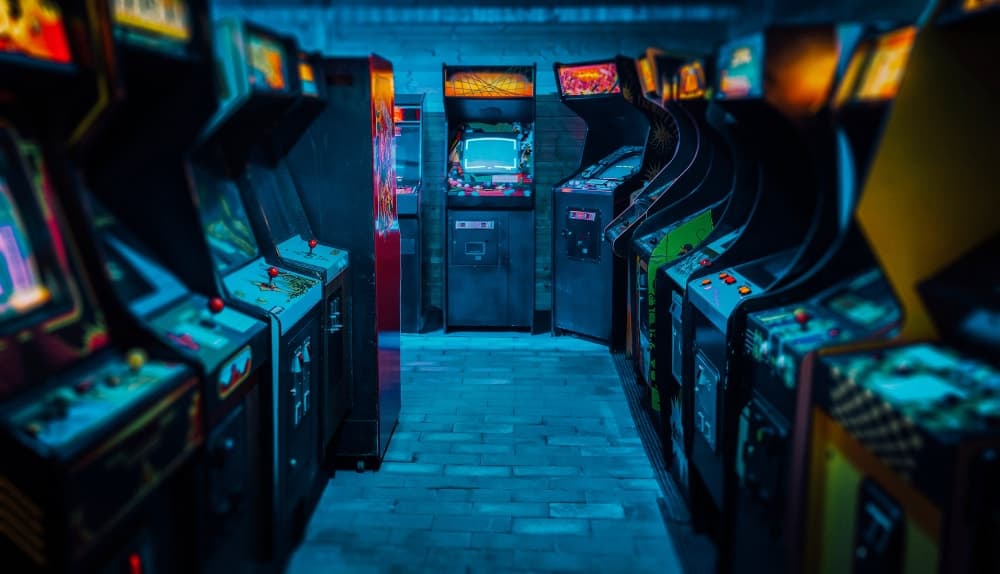 There’s nothing wrong with having an arcade cabinet or two in the basement for some fun and nostalgia. Building out the basement to look like an arcade complete with a snack bar is a sign of needing to leave the Joneses in the rearview mirror. Vintage arcade games require a lot of electricity and occasional maintenance to keep them in working order. It’s a lot of effort and expense just to show off to others. 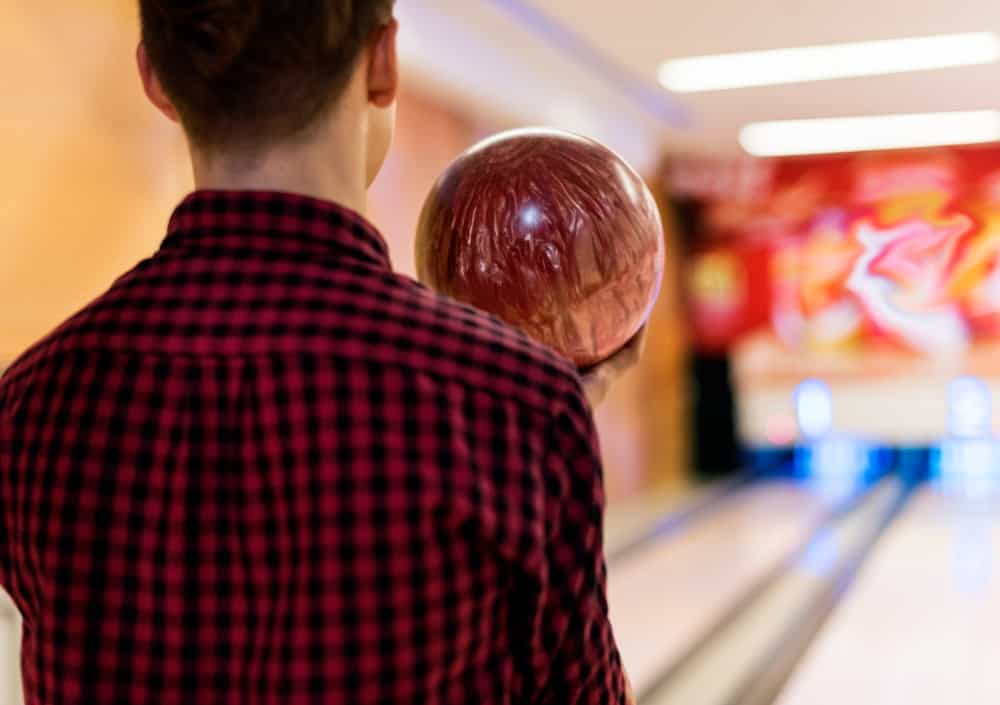 Bowling is a fun activity that appeals to people of all ages. Some people find it so much fun that they install a bowling alley in their own homes. It’s a great idea because there’s no more dealing with those pesky league nights that eat up all the available lanes. The bowling alley in the home becomes useless because of maintenance and resetting the pins manually gets old fast. Not to mention the noise that comes from a frame of ten pins.

Huge Garage for the Car Collection 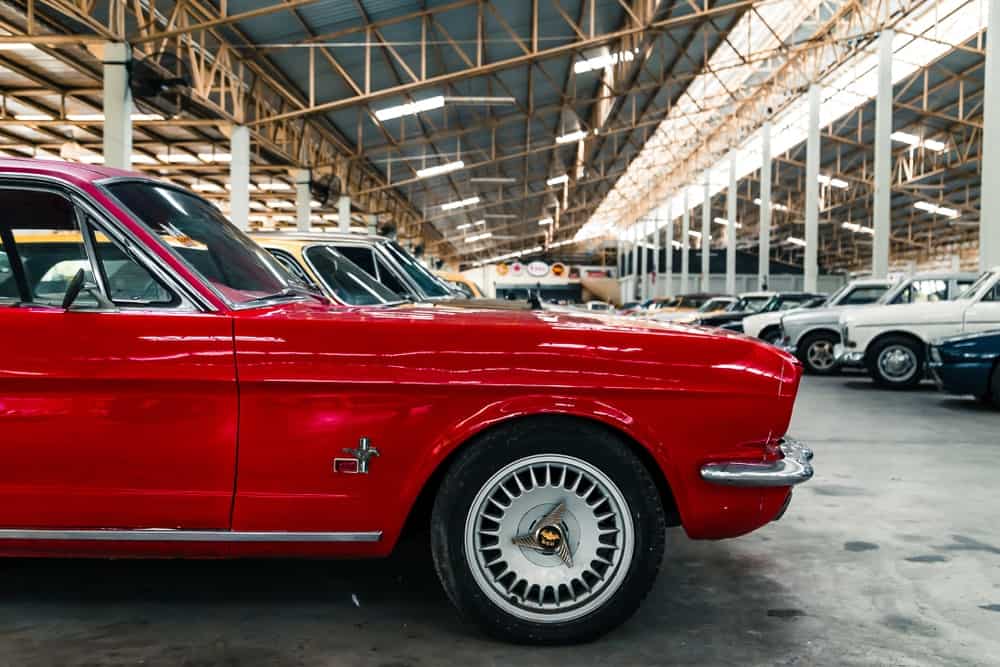 This sounds like a good idea on the surface, but it’s really just a waste of space that could be put to use for something else. Unless the car owner plans to be like Jay Leno and build a YouTube Channel around their exotic car collection, the huge garage winds up housing dusty cars that never get driven. About the only reason for building a big garage for cars that never get driven and slowly fall apart where they sit is to show off. 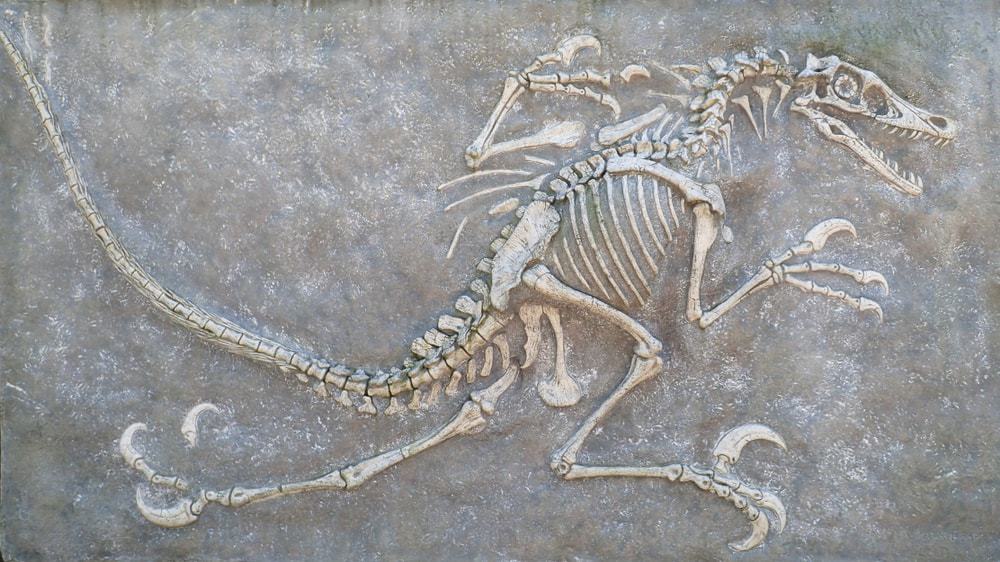 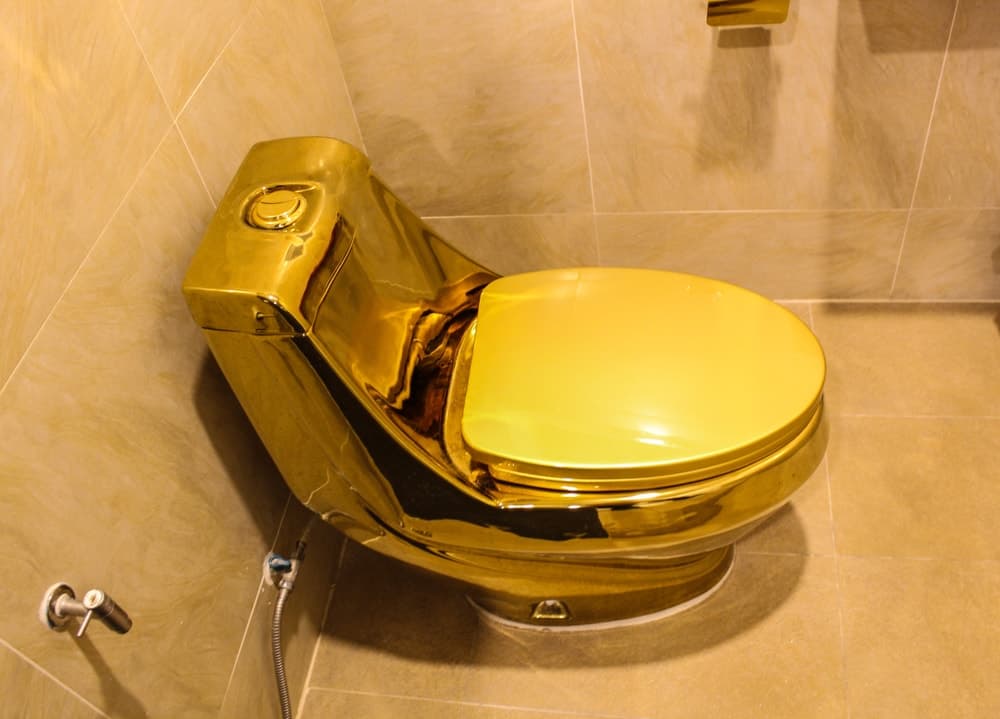 There’s something alluring about the idea of sitting on a solid gold toilet and feeling like a king or queen on their throne. The reality is a little different, however. Gold in its purest form is a very soft metal and is prone to denting and scratching. It doesn’t take a lot of effort to put a crease into 24 karat gold, even when it’s something as dense as a toilet. Adding to the uselessness of the gold toilet is the fact that the metal is likely to become deformed from repeated use. Who wants to sit on that? 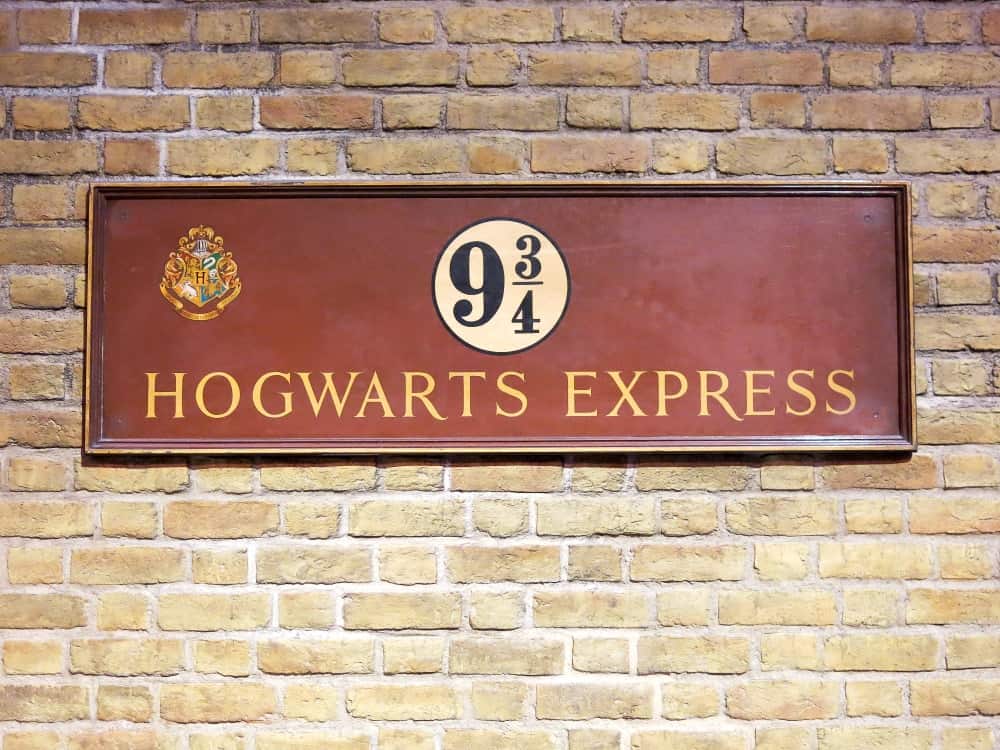 Movie props and costumes are rare due to the fact that a limited number of them are made for production. Occasionally a movie prop gets icon status and becomes a hot item on the high-end collectors market. When someone buys a prop or costume, they become the owner and curator of that piece. Once the novelty wears off, the owner still has to take care of the item lest it loses its value and the bragging rights become secondary to the ongoing upkeep of the item. 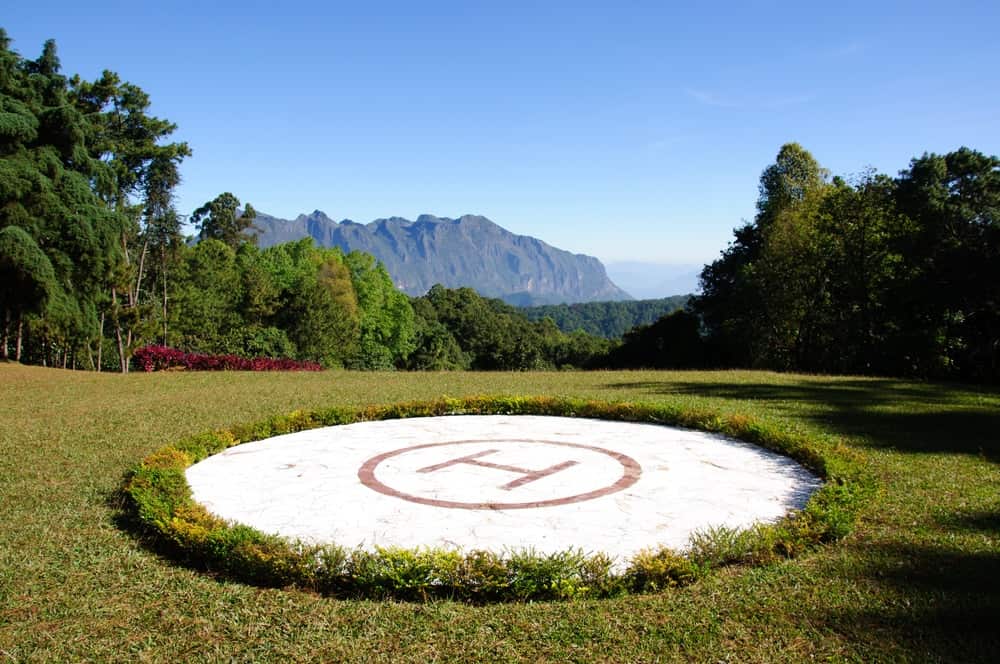 This may be one of the ultimate things someone could build as a way to impress people because it requires setting aside a portion of the lawn for the helicopter to land. Once the helicopter pad is put in, it can’t be used for anything else, even if it’s only used once a year. 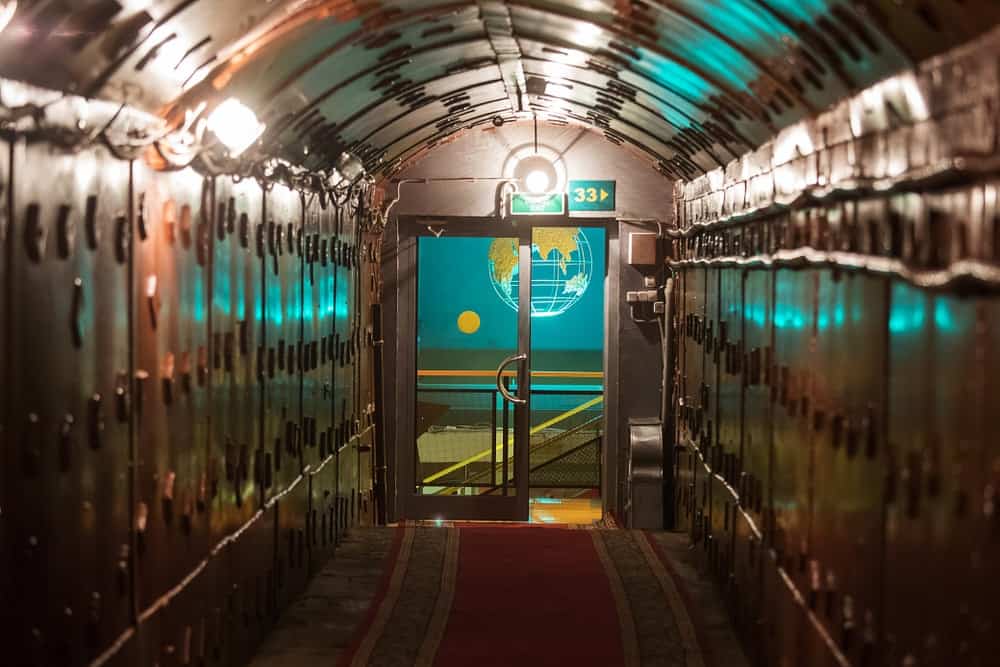 The concept of the bomb shelter came about with the advent of nuclear bombs. People from all walks of life built them to protect from nuclear fallout during the Cold War. Now people build them for the purpose of soothing their own fears and showing others that they can afford to put something completely useless behind their home. 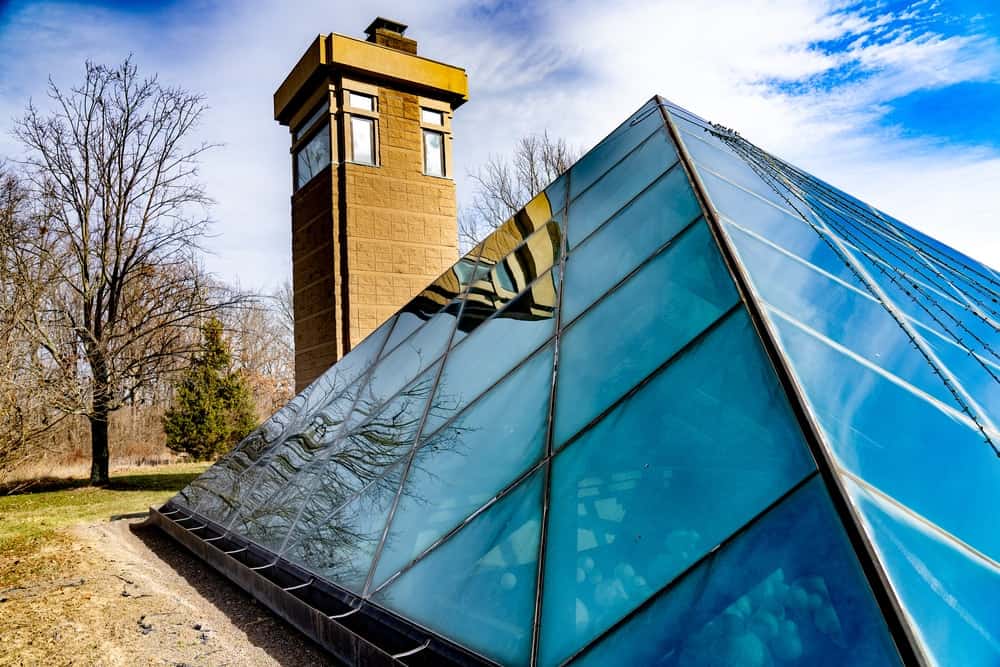 An architectural folly is something that is completely useless and out of place, yet someone built it anyway. The folly is an easy way to identify someone who’s looking to show off by building a miniature Thai Buddhist temple in their spacious acreage or installing an Egyptian pyramid somewhere on the property. It doesn’t make sense, but then again, the desire to show off never does make sense. 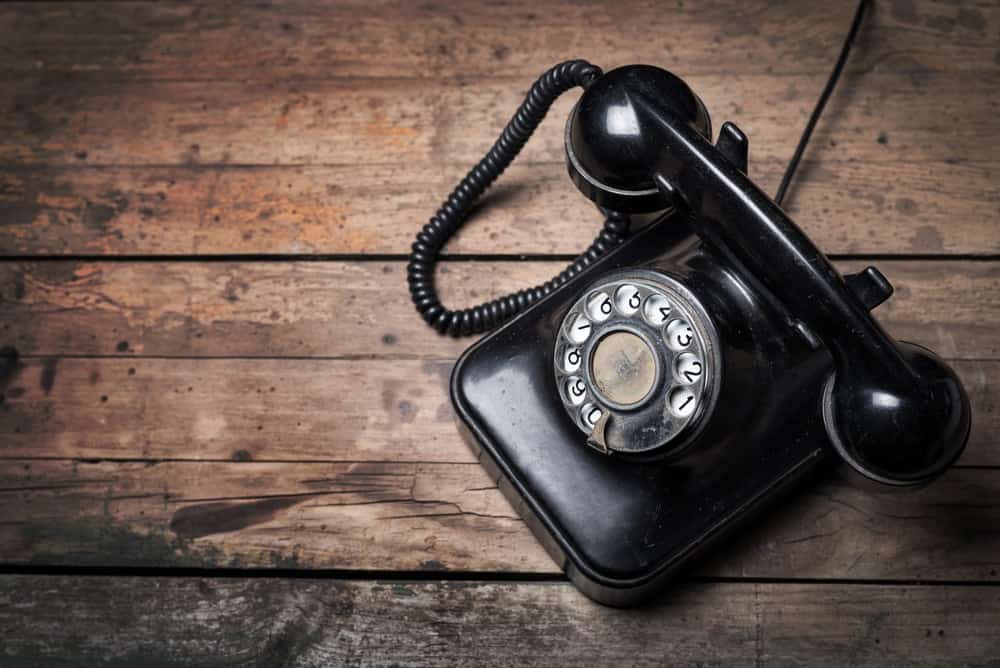 The rotary dial phone went the way of the dinosaur for good reasons: they’re slow to dial and are no good in the event of an emergency. Having a rotary dial phone hooked up to a landline says to people that the homeowner has all the time in the world to dial a phone number and isn’t concerned with the fact it takes valuable seconds away from a phone call. 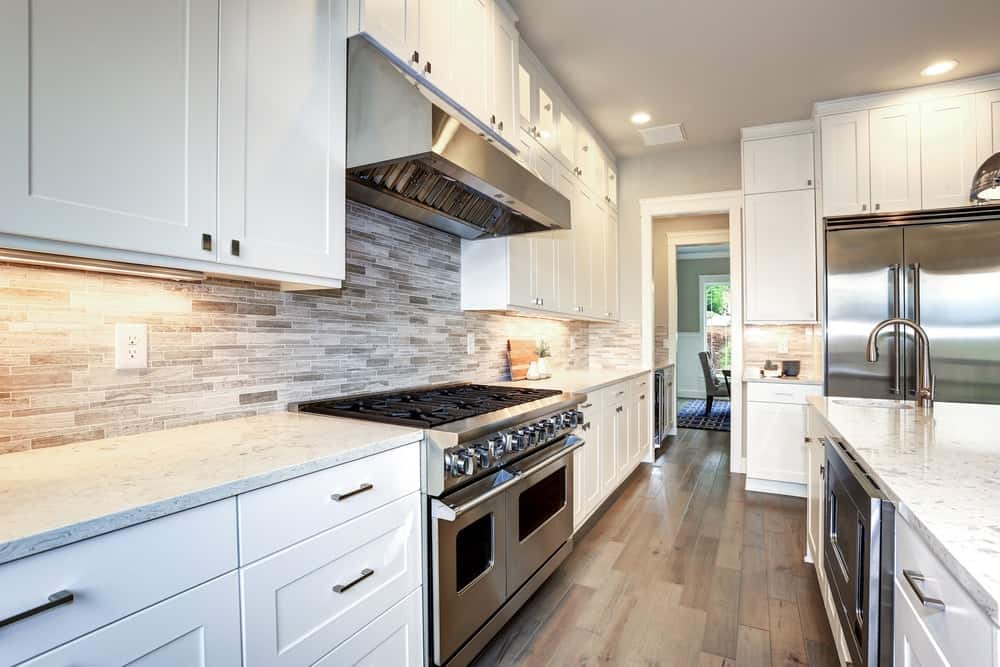 Sighting high-end kitchen appliances in someone’s home is a sign that they’re showing off for their guests. Why? Chances are good that no one in the home is a good enough cook to take advantage of the features and advantages that are found in the creme-de-la-creme of stoves and refrigerators. The appliances are even more for show when it’s discovered that no one in the home cooks all that frequently.

Antique Furniture No One Can Use 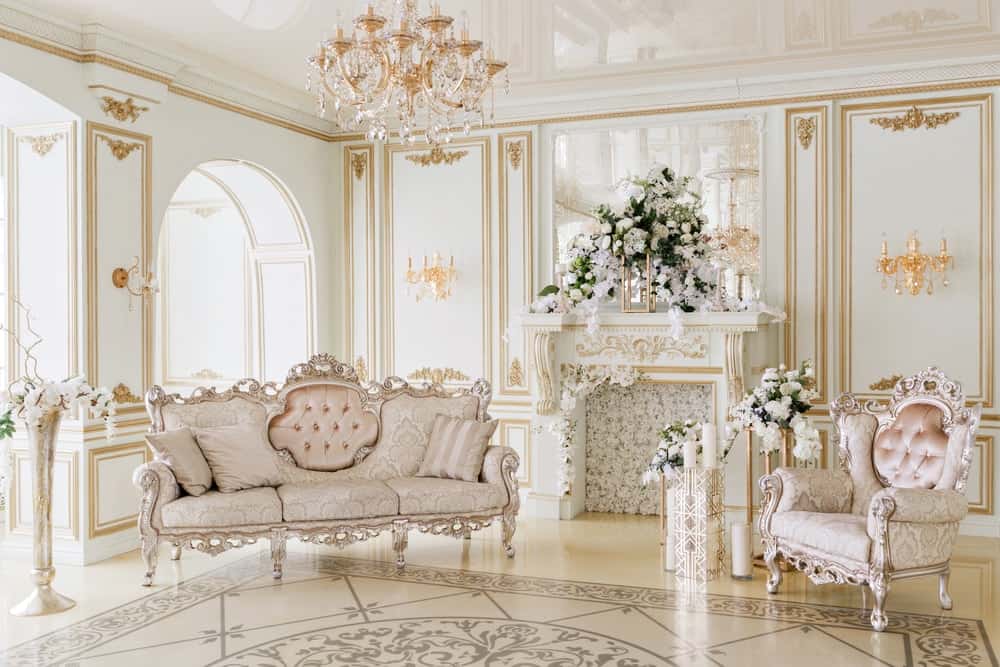 There’s no denying that antique furniture is beautiful and shows off the craftsmanship of days gone by. It’s when someone buys the furniture, fills entire rooms with the stuff, then bars anyone from using the pieces that it becomes obvious the pieces are for showing off only. Apparently living in a museum is more important than living in a home for some people. 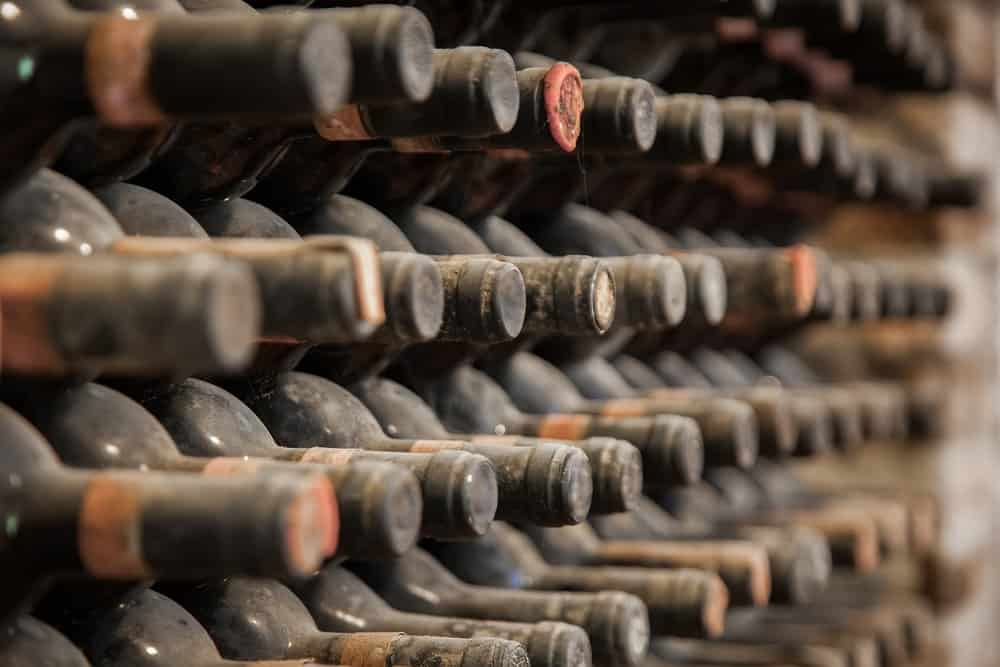 Wine cellars are practical places to store a curated collection of wines for drinking as they age. It’s when the wine cellar looks like a cave or takes over most of the basement square footage that it becomes ostentatious. A cellar is a necessity for someone who likes to trade in wines as some will appreciate in value over time, but there’s no knowing which wine is going to take off. The risk of having a cellar full of plonk is very high, especially when the owner doesn’t know the first thing about collecting vintages. 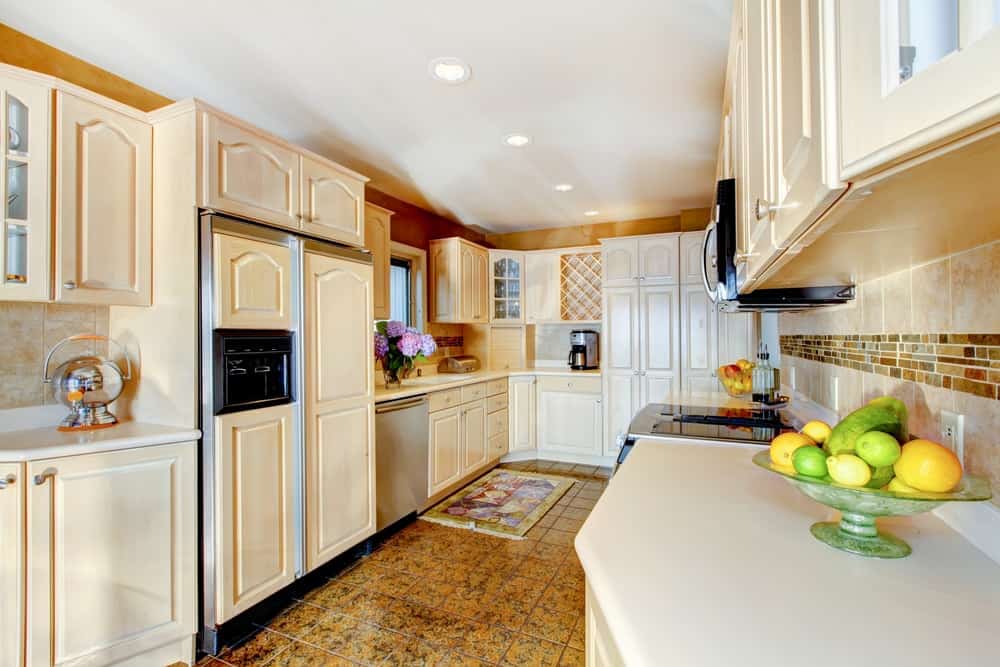 Apparently the idea of walking into the kitchen late at night and not being able to distinguish the kitchen from the cabinets is a popular concept among those who want to show off. The refrigerator is most certainly useful, but turning it into something that looks like the rest of the cabinetry is a novel idea at best. Telling guests how to find the refrigerator gets old fast.