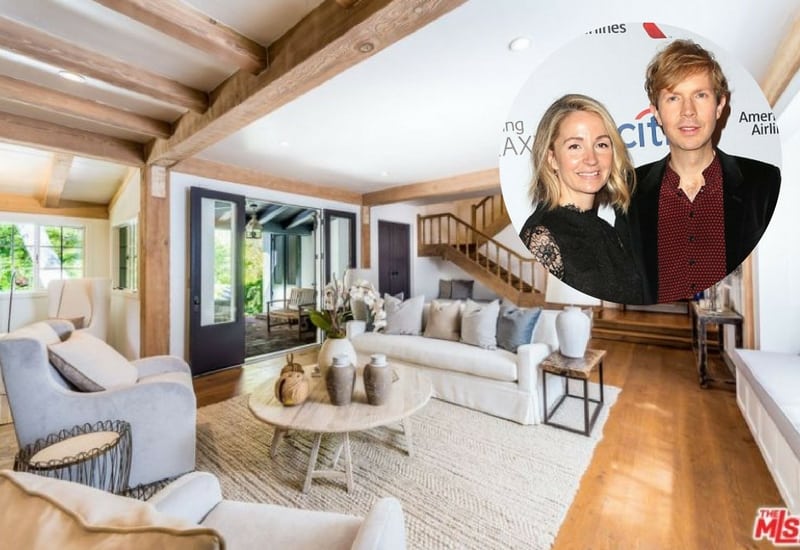 Beck is the voice and song writer behind the hit song “Loser”. Known for mixing folk, rap and hip-hop style, his music became widely known in the industry.

Beck started his career back in the early 90s where he was discovered by independent label called Bong Load Custom Records while playing acoustic blues and folk music in local coffeehouses and as a street busker. The Bong Load Custom Records set Beck to fuse hip-hop beats into his rock music and upon working on his mixed music, his first album was born. The single hit “Loser” came from his first album titled “Golden Feelings” that took him to the top of the music industry. His unique fusion of folk, rock, rap and hip-hop music earned him a Grammys for Best Rock Album.

In his personal life, Beck married Marissa Ribisi in 2004, an actress and the twin sister of actor Giovanni Ribisi. Ribisi appeared on TV shows such as My Two Dads, Baywatch, DEA and a mini-series titled Tales of the City. Her TV appearances were followed by a feature film Dazed and Confused in 1993 and in 1998, Marissa co-wrote the film Some Girl and starred in it alongside his brother Giovanni Ribisi, Matthew McConaughey and Adam Goldberg.

Ribisi had a wonderful acting career, working on various roles in films and TV shows. Marissa and Beck have two children, a son named Cosimo and a daughter named Tuesday.

Beck and Ribisi previously owned a 1920s Tudor cottage in Santa Monica. They bought it in February 2015 for $2.711 million and sold five months later for $2.9 million and before that they owned a far more substantial residence in the Hancock Park area they scooped up in 2007 for $6.75 million sold in 2010.

Their current holdings include a modestly proportioned home of just over 2,000-square-feet that’s just around the corner from Brad Pitt’s multi-residence Los Feliz compound that was acquired in late 2014 for $1.045 million and in 2016 they paid close to $2.7 million for a mid-century fixer-upper on Malibu’s Point Dume.

The home was built in 1964 by prominent California architect Gerard Colcord. Sitting on a 2,620 square-foot, the house has three bedrooms, three bathrooms, and a lodge-like living room with a fireplace, a formal dining room, hardwood floors and a comfortable breakfast nooks. A walled, gated and tree-shaded courtyard divides the main residence from a detached two-car garage with extra living space above ideally for a gym, office space or maybe a recording studio.

Dining Room: The dining room offers a cozy place to eat while enjoying a picturesque view of its natural surroundings. Plus, it also connects to a butler’s pantry and to the kitchen.

Garage: The detached garage can accommodate 2 cars. The best part is the extra living space above that can turn into a office space, a gym or maybe a recording studio.

Below is the full photo gallery of Beck and Marissa Ribisi home.

Here’s a map of the Brentwood neighborhood in Los Angeles, California: 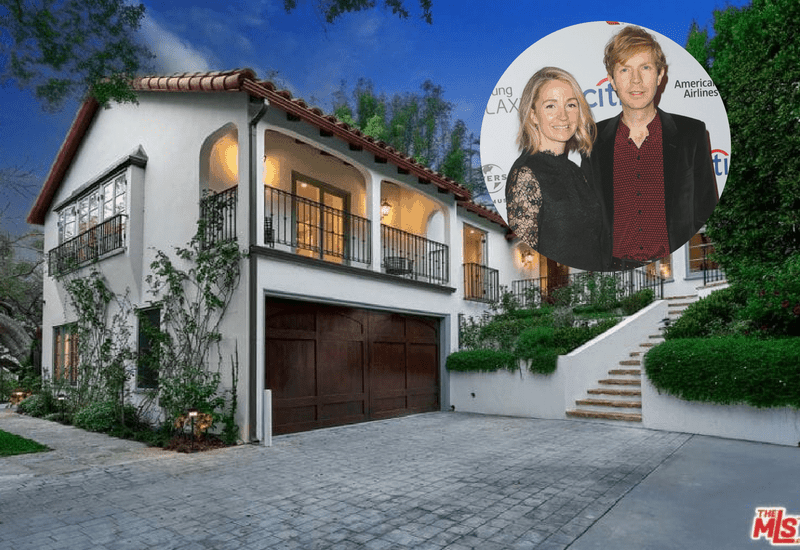 Beck brought his unique mind into the real estate game, dropping $3.127 million on a Spanish Colonial Revival-style home boasting a mix of old world beauty and modern amenities. Like his unique music, the home also features an open floor plan that is rare in such a unique Spanish-style property.

The unique house is tucked behind gates and tall hedges of Los Feliz neighborhood. Measuring at 2,341 square feet, the home features complete package of living spaces, offering excellent relaxing spots and entertainment like TV. The kitchen boasts a smooth marble countertops, custom cabinets and stainless steel appliances. In the primary suite, a luxurious bathroom with a deep soaking tub, walk-in wardrobe and a private balcony awaits.

The home’s outdoor has become the home of beautiful and healthy greens such as the well-maintained lawn and mature landscaping trees surrounding the outdoor kitchen and dining along with the sparkling plunge pool.

Check out the full photo gallery below of Beck and Marissa Ribisi’s home.

CelebsNetWorthToday.com estimates his fortune at $25 million.

NetWorthStat.com estimates his fortune at $12 million.