Find out more about the beauty, history, structures, and characteristics of the Italianate-style houses that you often see in your neighborhood.

The name is a little misleading, but the Italianate style isn’t really Italian. This is really a distinctly American architecture style. In fact, Italianate architecture is so common to the U.S., it’s also known as the American style.

What sets this style apart from actual Italian architecture and where can you find examples of this distinct design style today? Once you learn more about Italianate design, you might start looking at buildings in a brand-new way. 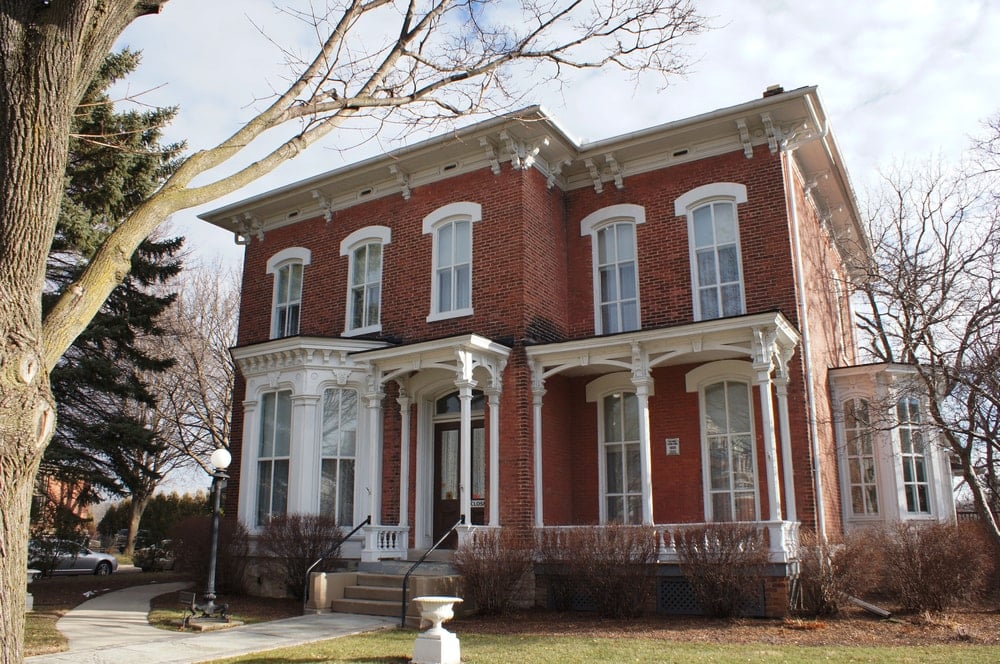 Many Italianate buildings are rectangular in style with sloping roofs that have deep, overhanging eaves. The eaves are supported by a row of decorative brackets known as corbels. This is why this style is also known as the American Bracket style and sometimes Italianate bracket architecture. The decorated overhanging eaves are the main feature of this architectural style.

Italianate buildings are typically constructed in stone, brick, or stucco and usually have two or three stories. In cities, brownstone was a popular building material for Italianate townhomes.

The windows in an Italianate building are tall, slim, and usually rounded at the top. Often, these tall windows are grouped in sets of three, evenly spaced. The front entrance usually has a porch supported with columns and a double door. 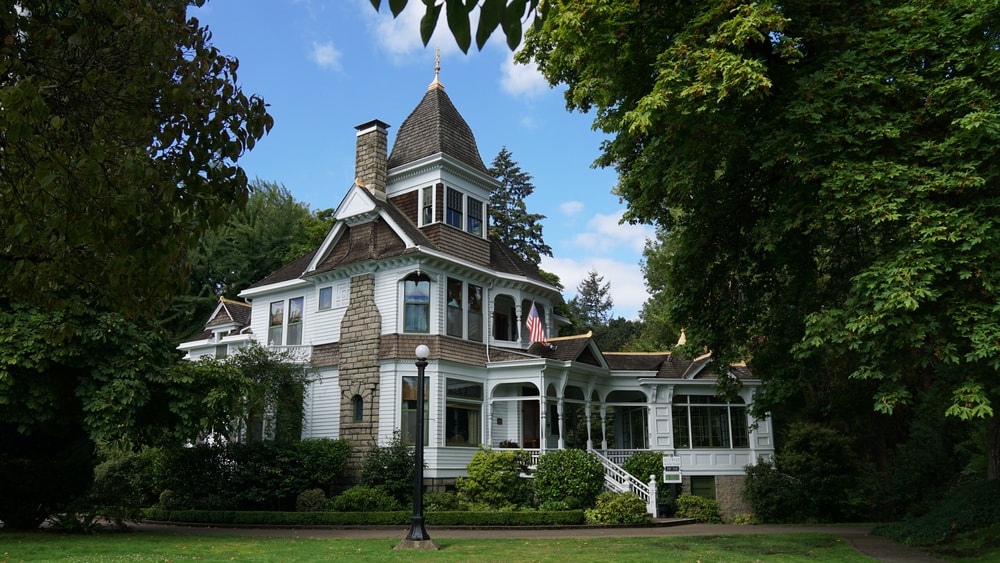 One hallmark of Italianate architecture is the central cupola, which is usually square in shape. The cupola often extends above the roofline.

It’s the decorative bracket additions and other style elements that really make Italiante architecture stand out. This is an embellished style that has corbels, window crowns, and other ornamentation. The decoration on an Italianate house is usually made with carved wood or wrought iron.

Where Did Italianate Architecture Begin? 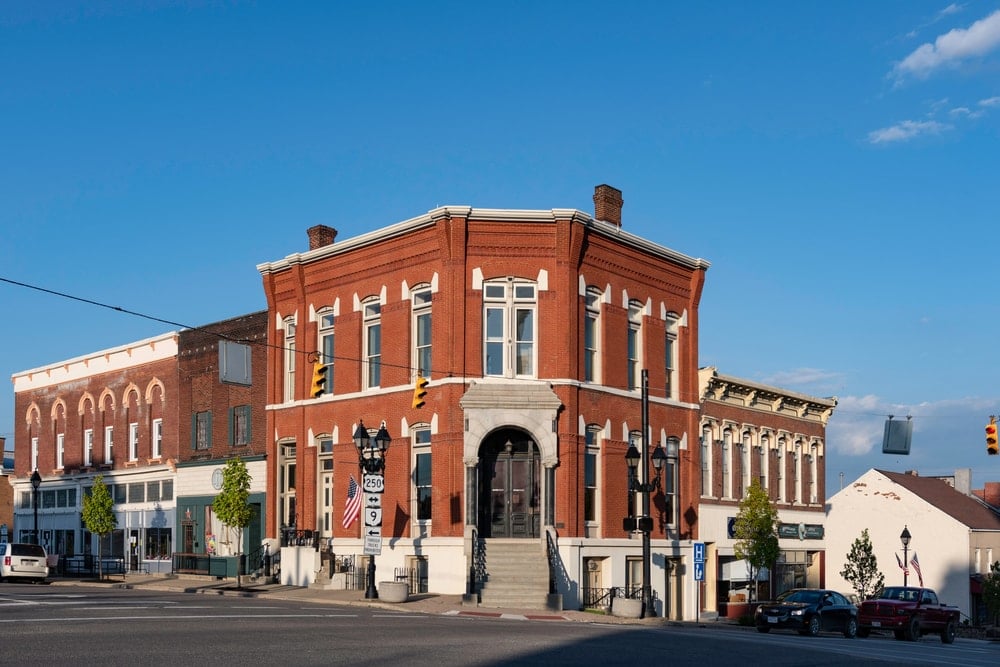 Though Italiante architecture became incredibly popular in the U.S., this style began in England in the 19th century. The style was influenced and inspired by the large brick farmhouses that were common in the countryside of northern Italy. The style was developed in the early 1800s. It came to the U.S. by the 1830s and immediately became an incredibly popular design choice.

The American version of Italianate architecture was refined in New York by a landscape gardener who published two books about the style. By the 1860s, Italianate architecture was the most popular style for American buildings. There was a building boom in the U.S. immediately after the Civil War, which helped spread the style. Italianate homes moved across the entire country and reached California. The style is more common in the northern U.S. than in the south.

The first Italianate villa in the U.S. was designed by architect John Notman. Erected in 1839, the Bishop George Washington Doane House in New Jersey helped set the tone for Italianate design in the U.S. Italianate style quickly became more popular than the Gothic Revival style that was sweeping the U.S. at the time. Italianate architecture became especially popular in the Midwest and along the West Coast, especially in San Francisco. It was a common style in suburban neighborhoods.

Villa Finale in San Antonio, built in 1876, is an example of a beautifully embellished Italianate. The William H. Marsh House in Sycamore, Illinois, built in 1873, is considered to be a textbook example of the Italianate style. 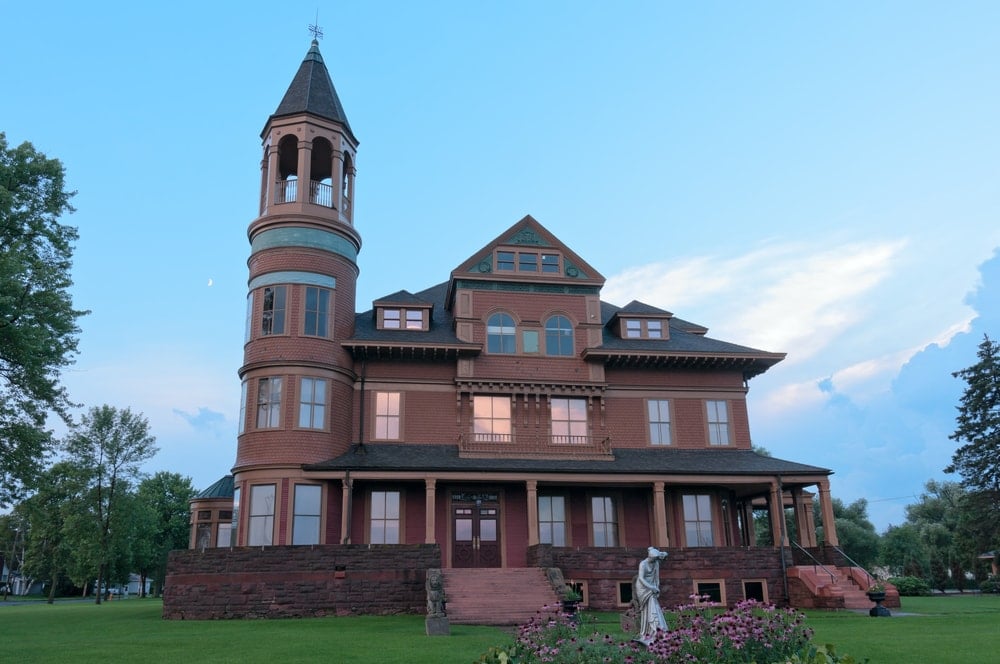 Queen Anne style buildings became popular in the U.S. in the 1870s and soon replaced Italianate as the popular home design. Italianate style faded from popular use by the 1880s. Because this style of design was popular from the 1850s to the 1880s, it’s also considered a style of Victorian architecture. Victorian architecture marked the era of Queen Victoria’s rule in Britain, from 1837 to 1901.

In the late Victorian period, Italianate architecture made it to Australia thanks to British settlers to the island. You can still see buildings bearing this style in Australia to this day. In the 1880s, when the style was already fading out of popularity in the U.S., there was a boom of Italianate architecture in the North Sydney suburbs and in neighborhoods around Melbourne. Many homes in this now-historic style still remain in Australian suburbs. 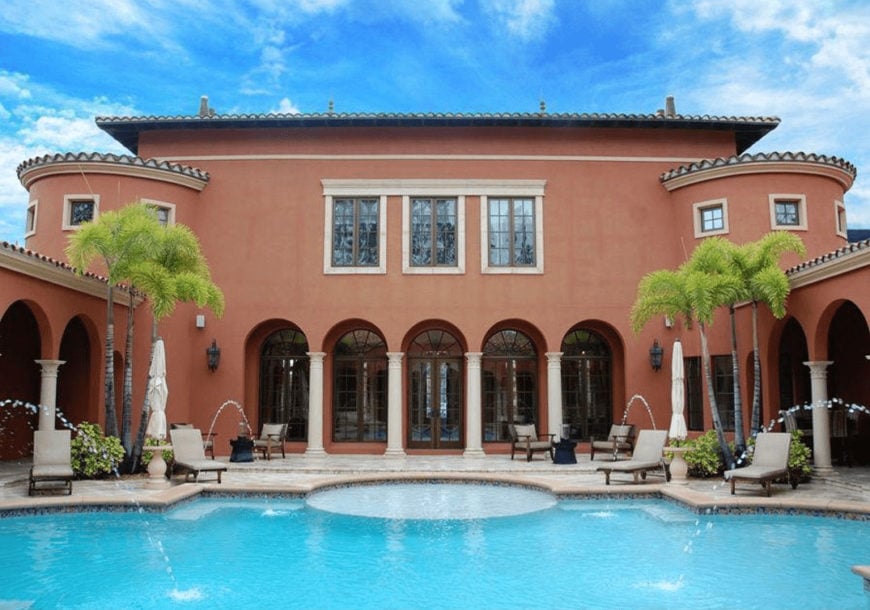 These arches lead to the backyard of the mansion that is dominated by a large and brilliant swimming pool that serves as a nice contrast to the earthy exterior walls.  See the rest of this magnificent mansion.

Once you know how to recognize the characteristics of Italianate architecture, you can spot these buildings in suburbs and cities all over the U.S. This style still remains in historic buildings all over the U.S. However, there’s nothing really Italian about this style except for its inspiration.

The Italianate style was inspired by the medieval era Italian farmhouse style built in northern Italy, but it was a style born in England that caught fire in the U.S. and Australia to become the most popular design style for several decades. The style took on its own unique look when it got to the U.S. and helped to define the Victorian Era in America. So the next time you pass an old house, look for the features that will mark it as an Italianate building.

The Italianate style is now a classic design that still appears even in modern buildings. It’s now a timeless look that has a vaguely European look that’s still a truly American style. Now that you know all about this design, you can easily spot the Italianate buildings that have helped to shape the American landscape over the years.