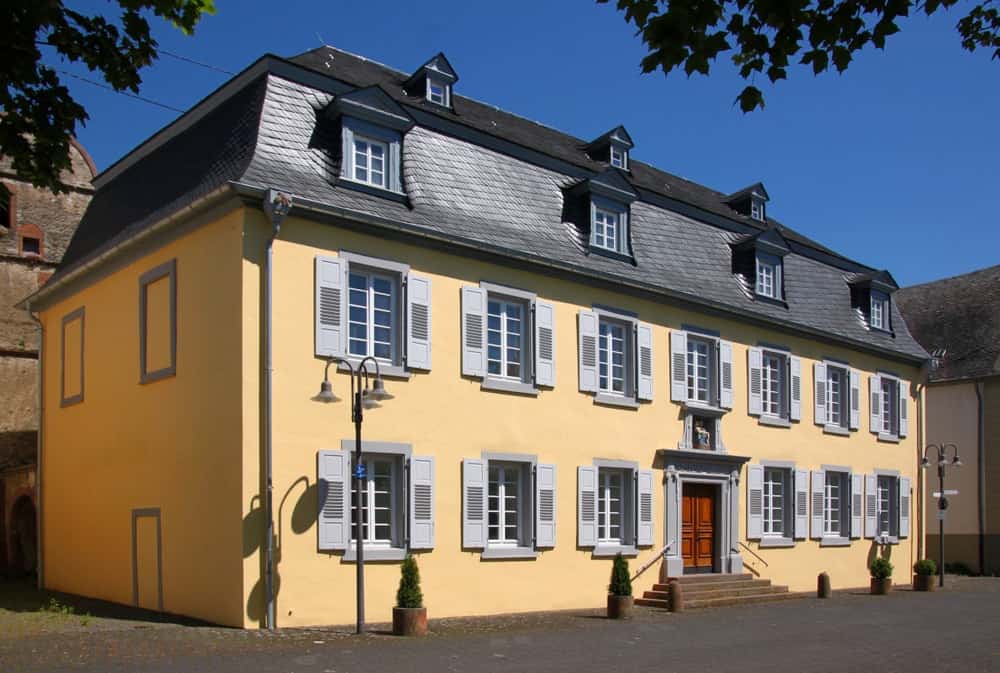 Here is everything you need to know about the mansard roof, what makes it different than the others, its advantages and disadvantages and why choose to have it.

Hey, it’s always great when you’ve got a frosty mug of beer. But what if you add a bowl of pretzels to that thirst-quenching drink? How about putting the game on the big screen TV, too? Now, you’ve taken that beer to a whole new level of awesomeness.

The mansard roof is pretty much the same thing. This roof is kind of like a combination of other roof types that have come together to make a truly great roof. And even though you may not recognize the name, you’ve definitely seen the mansard roof in action on a building before. After all, this design has been around since the 16th century.

What’s in a Name?

But there’s more. The mansard roof is like the extra embellished version of the gambrel roof. In addition to the dual slopes on either side of the roof, the mansard roof has additional sloping sections.

The gambrel roof resembles a V pointing downward, with extended arms angling down from the top. This leaves the front and back face of the structure the roof is covering completely open. But when you have a mansard roof, you have slopes on all four sides of the roof. In addition to the sloping sides, there’s another double slope on the front and back of the structure.

Often, mansard roof designs are embellished with dormer windows on the sloping sections. Dormer windows are small windows built into the roof of the house that has their own little roofs. The windows sit out from the roof, which creates a lot of depth and immediately draws the eye.

Why Choose a Mansard Style? 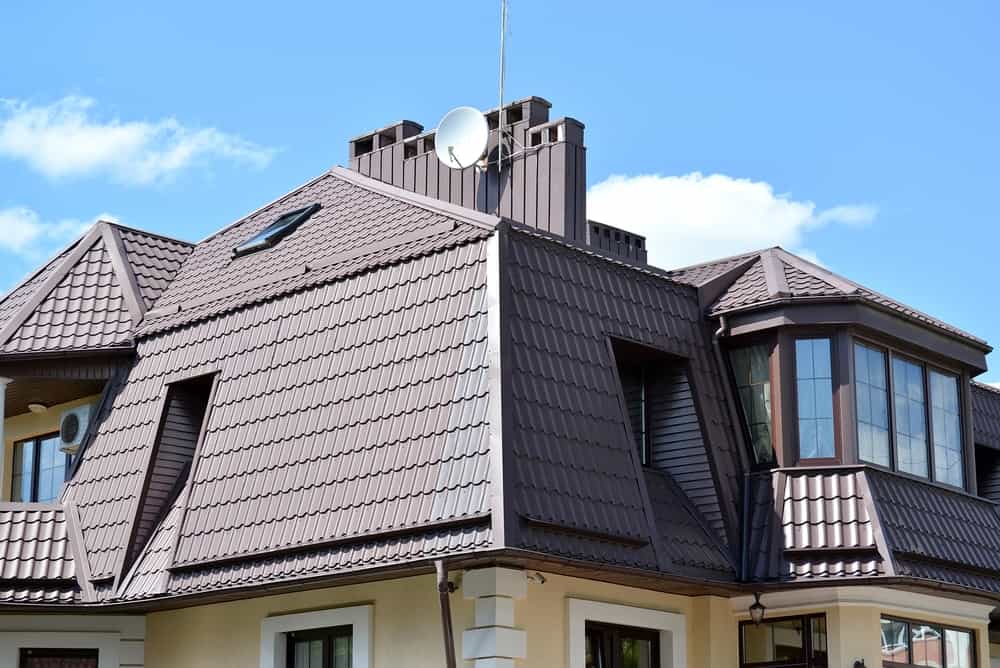 Now you know what it means to have a mansard roof as far as the definition goes. But what’s it really likes having a mansard roof on your home and what’s the advantage of this style?

Because the mansard roof is made with four lower sloping sections that have steep angles, this roof design naturally creates a large loft or attic area in the roof of the house. You’ll end up with more space at the top of your home than you have with a gambrel or gable roof. And who doesn’t need more storage space, right?

Because of the addition of dormer windows, the mansard roof allows you to bring more light into your home, too. Light is always an important feature of any home and it’s a selling point in real estate.

The mansard roof also has a very distinct, almost stylized look. This roof is made to be a true architectural feature of any building so that it’s a point of interest all by itself. In order words, this type of roof looks great. It’s eye-catching and it’s something that people notice. This is the main reason that people choose the mansard roof over other styles.

Mansard roof designs aren’t the most weather-resistant choice you can make for your home. Since the top portion of the roof has such a low slope, it can be susceptible to heavy rainfall. There’s not a lot of slopes to help the water runoff, which means a lot of moisture falls on the roof. This makes mansard roof designs prone to leakage in areas with a lot of heavy rain and snow. Heavy snow can actually be disastrous to the mansard roof, which can collapse completely under the force of the weight. If you’re in an area with a lot of rain and snow, the mansard roof may not be the best choice. 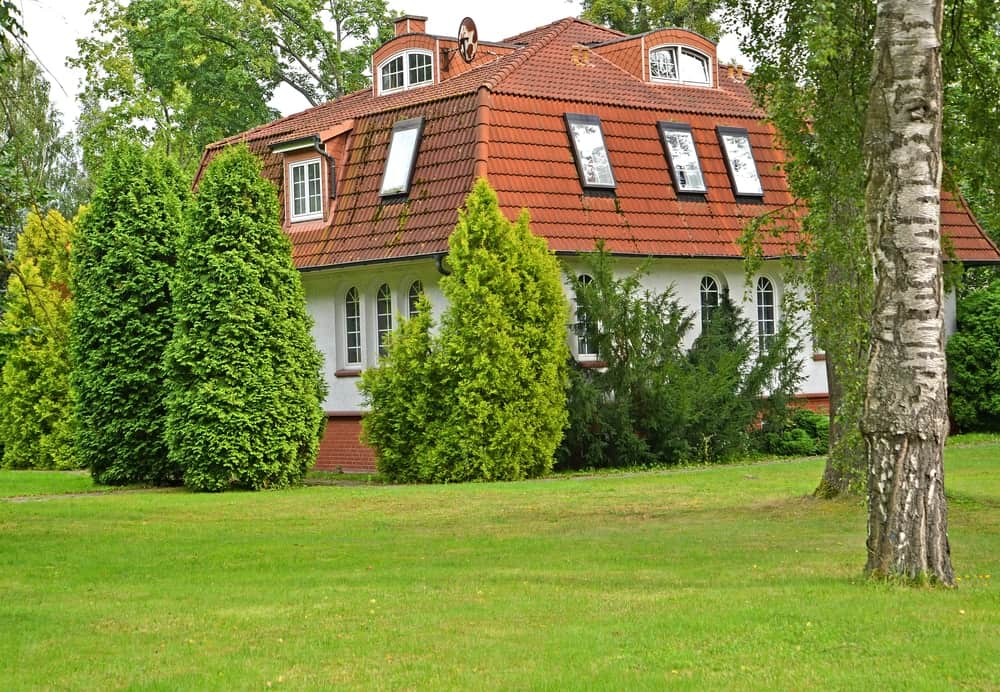 Because it looks so stylized and because there are so many sloping sections, to say nothing of the dormer windows, mansard roof styles are expensive to install compared to other styles. This is a complicated design that involves a lot of different angles. That means it takes a lot of materials and a lot of expertise to install the mansard roof. This makes it an expensive choice.

Roof repairs are also costly when you have a mansard roof. You need an expert to install and maintain a mansard roof, which always costs a little more. This is an older and more traditional roof design, which means that every roofing company out there won’t be familiar with the mansard roof. You’ll need to find a company that has experience with this roof and you may end up paying a little more as a result.

Usually, mansard roof designs are finished with slate tiles or wooden shingles, though any type of tiles or shingles is used. Many people prefer wood or slate because it has a traditional look that suits the historic nature of the mansard design.

Because this roof design is so complicated, it takes a long time to install a mansard roof. This is probably going to be a multi-day project. It’s a slow procedure to build all the framing and then painstakingly cover the roof in shingles or tiles. This is not something that can be completed in a single day, so be sure to plan ahead if you’re going to have a mansard roof installed on your home. 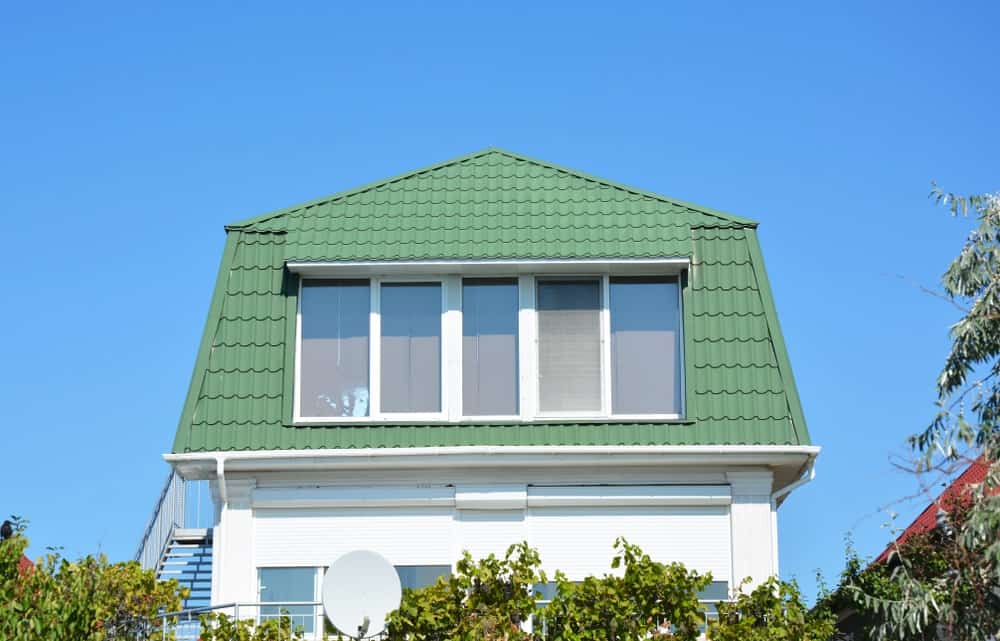 This is definitely a striking roof design and it’s got some pretty cool history associated with it. The first mansard roof was constructed in the mid-1500s to cover part of the Louvre Museum in Paris, France. This is one of the most famous museums in the entire world and it’s the home to Da Vinci’s Mona Lisa, which is probably the most famous portrait in the entire world.

Mansard roof designs became incredibly popular in France during the Napoleonic era and soon caught on in the U.S., too. This became a distinct feature of the 1800s architecture. You’ll often find it on Colonial-style homes in the U.S.

Because of its stylized look and the interior space it creates, mansard roof designs were frequently used to top French palaces and townhomes in the 1800s. This has helped to give the mansard roof its reputation as a fancy home feature that adds extra elegance to architecture. The mansard roof was particularly popular in Baroque architecture, which was highly stylized and embellished.

The word mansard comes from Francois Mansart, who is credited with inventing the mansard roof. However, he only used this roof for his architectural designs. The mansard roof was actually first used by Pierre Lescot on the Louvre.

The style looks beautiful and it gives you a lot of extra space, which is always nice. But unless you’re ready to do the maintenance for your mansard roof and you’re in a climate that’s relatively warm and dry, having this roof could cause you a lot of headaches.

Always choose the roof that’s best for your environment and be practical. If you can also choose a roof that looks amazing, like the mansard, even better. But if the mansard roof doesn’t suit your environment, keep checking out other roof styles…because you may still find one that’s perfect for you in every way.