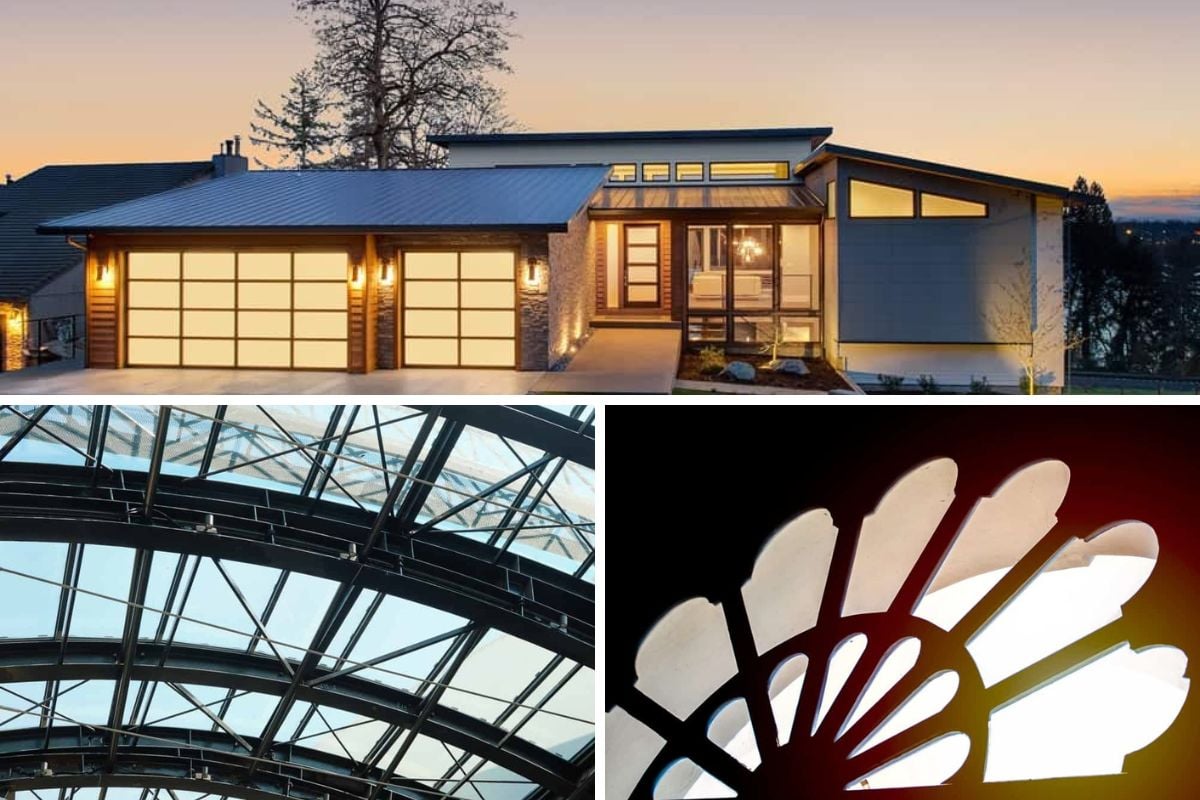 You’ve most likely seen all the standard roof designs and you’ve probably looked right past them. You probably don’t think a whole lot about roofs until you see one that really stands out as a design that’s actually interesting and unique.

And if a roof is ever going to seriously turn your head, it’s probably going to be the clerestory roof. This roof design isn’t so much about the slants or the angles or the dips or the curves it has. The clerestory roof is really all about windows. In fact, the term “clerestory windows” is used to describe the roof design itself. What, exactly, makes this type of roof so special? It’s all in the extra features it offers.

Simply put, a clerestory roof is a roof that has two sloping sides that are joined by a short vertical wall. This wall is embellished with a row of even horizontal windows or a single continuous window. The clerestory roof design characterization is totally dependent on the windows used in it. This roof type is also characterized by the fact that it is not a flat roof, but is rather created using two sloped roof planes.

The name of this roof style might make a little more sense now that you know what’s really important: the windows. A row of windows forms a “clear story” in the building, also known as a clerestory wall. The design looks incredibly modern and quite contemporary, but this roof style actually dates as far back as the days of ancient Egypt. The ancient Egyptians accomplished the clerestory windows by cutting slits into the bricks located higher in the exterior and into the interior walls of the buildings.

In fact, clerestory roof designs were fairly commonplace in ancient Greece as well, and they also were used often by builders during the Roman Empire, too! This roofing type was used in the ancient world to top large temples and public spaces in particular. The row of windows near the roof was an easy way to allow natural light into these cavernous spaces to illuminate them.

This roof style has such a useful design for use in large spaces, and is such a great means to allow natural light into any space that clerestory roof styles remained in use from the ancient world through the Classical age, and into the medieval era. Clerestory roof styles were used often in any large building that functioned as an important public space, such as churches, cathedrals, and temples for all faiths.

The clerestory style has seemingly always existed, but it returned to its insane popularity during the period of the Industrial Revolution. During this time, clerestory roofs were used to bring light and air into the large factory and warehouse spaces that characterized this historical period. In more recent times, clerestory roof styles have become popular in modern homebuilding, especially as homes have grown increasingly larger and grander.

How to Build a Clerestory Roof 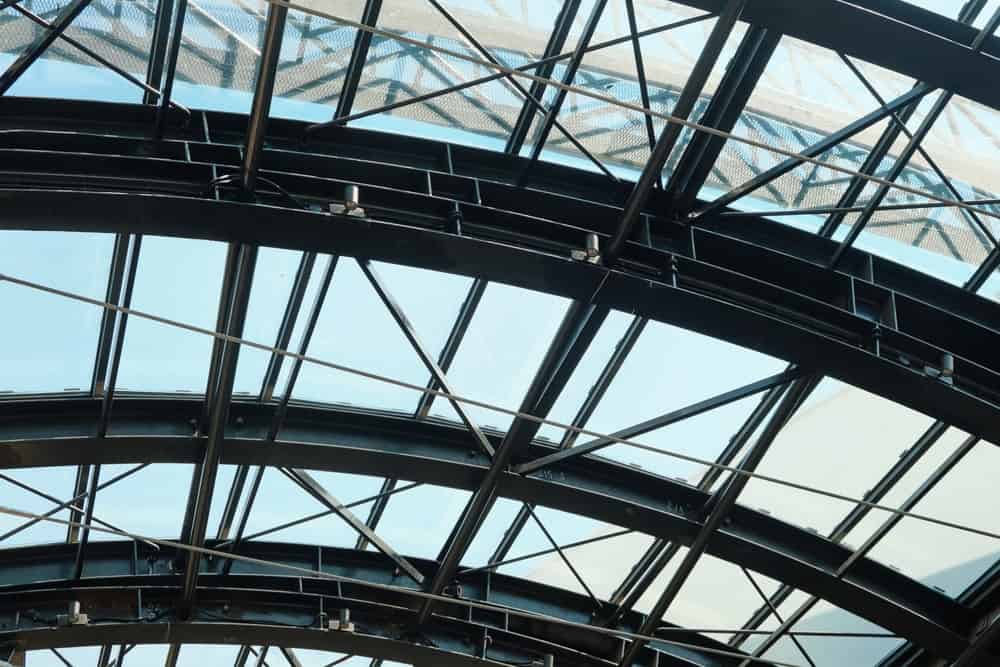 Clerestory roof designs can be made using any materials, and the roof planes can be covered with anything from shingles to solar panels. There are almost as many options when it comes to window glass, as well. The window glass used in a clerestory wall and roof is commonly made using a double-glazed technique.

You will need a roofing expert to create a clerestory style roof, as this is not one of the most common roof types and is also not easy to build properly. It may take you some time to find a roofing expert who has the knowledge to frame and build this roof correctly, and you will likely pay more for this expertise. Because of the row of windows and the two separate roof sections in a clerestory roof design, building this type of roof requires both a lot of materials and a lot of time. You will pay more, compared to other roof designs, to top your home with a roof of this style.

The clerestory roof design has come back into fashion among modern homebuilders as a great “green” option. The clerestory windows provide ventilation, light, and solar heat, all of which can help reduce energy consumption. In fact, the positioning of the windows can change the benefits and/or detriments they bring to a house. Clerestory windows can also cause overheating in the summer and heat loss in the winter.

In addition to this, it’s quite difficult to find shades to cover clerestory windows to control how much natural light and heat they allow into a home. Make sure you’re working with a roofing expert if you want to design a clerestory roof. The windows should face the sunny side of the house to allow daylight and should be recessed against a thick vertical wall. If you want to use the windows for ventilation, make sure they’re designed to be opened and closed easily and quickly.

Why People Want a Clerestory Roof 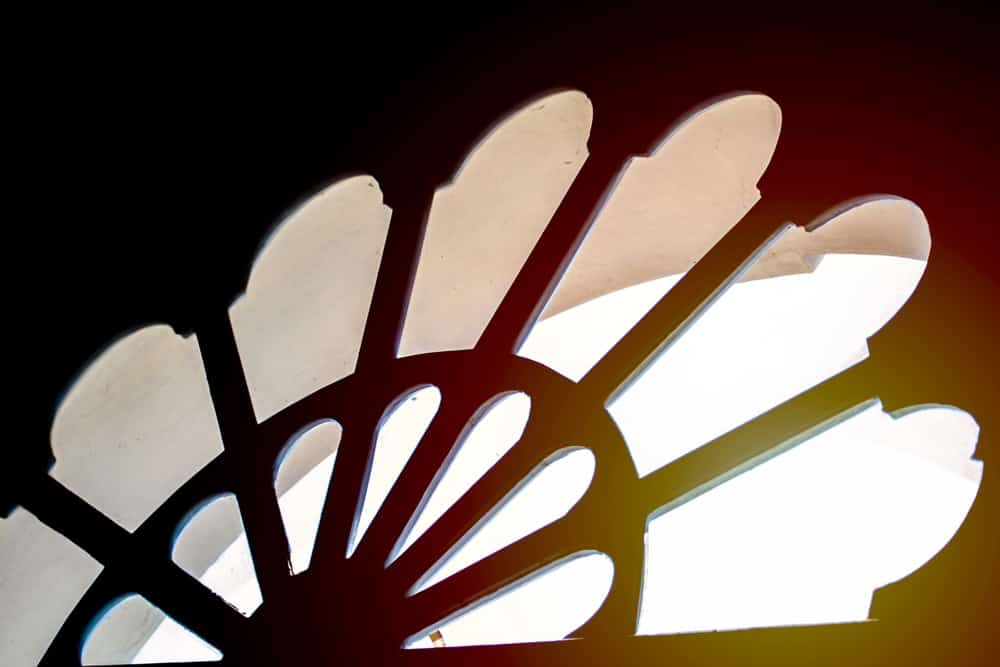 Though this roof design can be expensive and a little tricky to build, as it poses different challenges than other roof types, many people absolutely love having a clerestory roof. It is an elegant solution for those who want to maintain privacy but also don’t want to live in a dark cave.

The windows of a clerestory roof are located well above eye level, so people can’t really see inside the house. This allows the windows to be left uncovered and open whenever desired because these window types make the best of both worlds possible: allowing in light and air from the windows and maintaining complete privacy.

The clerestory roof design looks fantastic, and it’s certainly unusual, as well. This is because clerestory designs are still seen most often in religious buildings rather than in residential homes. This roof style gives any home a truly stunning look that draws the eye. And, when installed properly, a clerestory roof can provide energy-efficient and energy-saving features that benefit both the planet and the homeowner.

There’s no question that a clerestory roof is an excellent means of allowing tons of natural light into any space. Some of the most renowned architects in history have designed buildings with clerestory roof designs, including the iconic American architect Frank Lloyd Wright.

What characterizes the clerestory roof design?

The clerestory roof is a unique roof design, and is characterized by two sloping roof panels that are joined by a wall of horizontal windows or one continuous window in the clerestory wall. This window or windows creates a “clear story,” which gives this roof design its name.

How old is the clerestory roof design?

Where are clerestory roofs traditionally used?

Clerestory roofs were traditionally used in large buildings, often important public spaces. This includes churches and temples throughout history, and factories and warehouses beginning in the Industrial Revolution. However, as homes have grown grander and larger, clerestory windows have been used more and more in modern houses.

What are the benefits and possible issues with a clerestory roof?

There are many benefits to installing a clerestory roof. First, this roof type allows natural lighting to illuminate the space below. Second, due to the height of the clerestory windows, a clerestory roof allows daylight into a space without sacrificing the privacy of that inside. Clerestory windows can cut down on energy costs and can be more eco-friendly than other roof types. However, they can also drive up costs, as well.

Is a clerestory roof the right type of roof style for you? If you want something a little unusual and a little more eco-friendly than other roofing designs, the clerestory roof may be exactly the answer. However, you should only choose this roof style if you can afford it, and if you’re sure you are able to live with it because once this roof is on a house, there’s really no going back!