False dormer windows are a hallmark of obnoxious McMansions. But these windows had good and noble origins that ended up going awry. 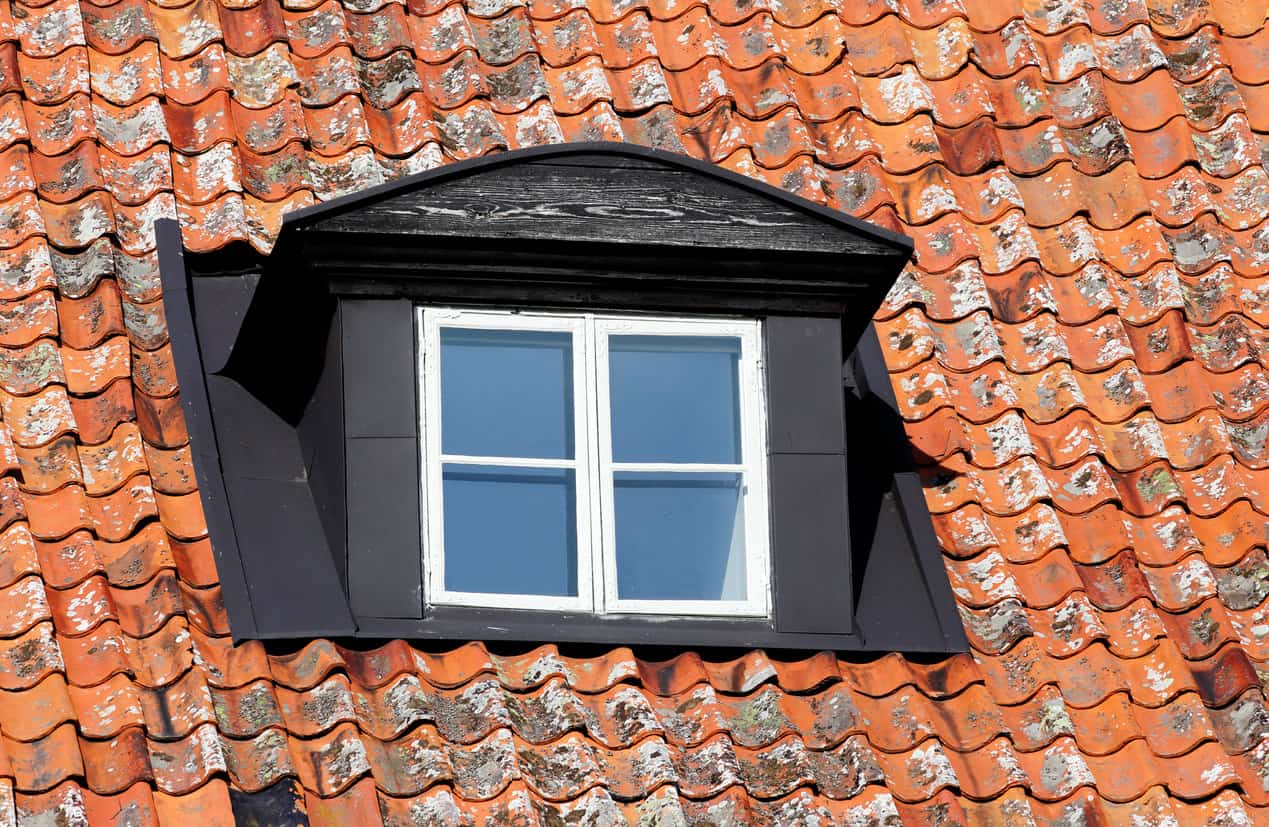 Of the many architectural trends in America that befuddle the rest of the civilized world, false dormer windows are one of those things that just make you say “WHY?” They’re like the nose jobs of home remodeling: you get one with the intent to beautify a property that might need just a little sprucing up, or not even have anything that cosmetically aberrant, but wind up with this permanent distortion that looks completely out of place.

So, there’s two types of dormers: those irksome fake ones, then the real thing which many architects consider the cornerstone of American home styles, like Cape Cods and foursquares. But the utter inanity of false dormer windows is most commonly associated with the obnoxious wastes of raw materials to ever disgrace exurban subdivisions known as the “McMansion”. 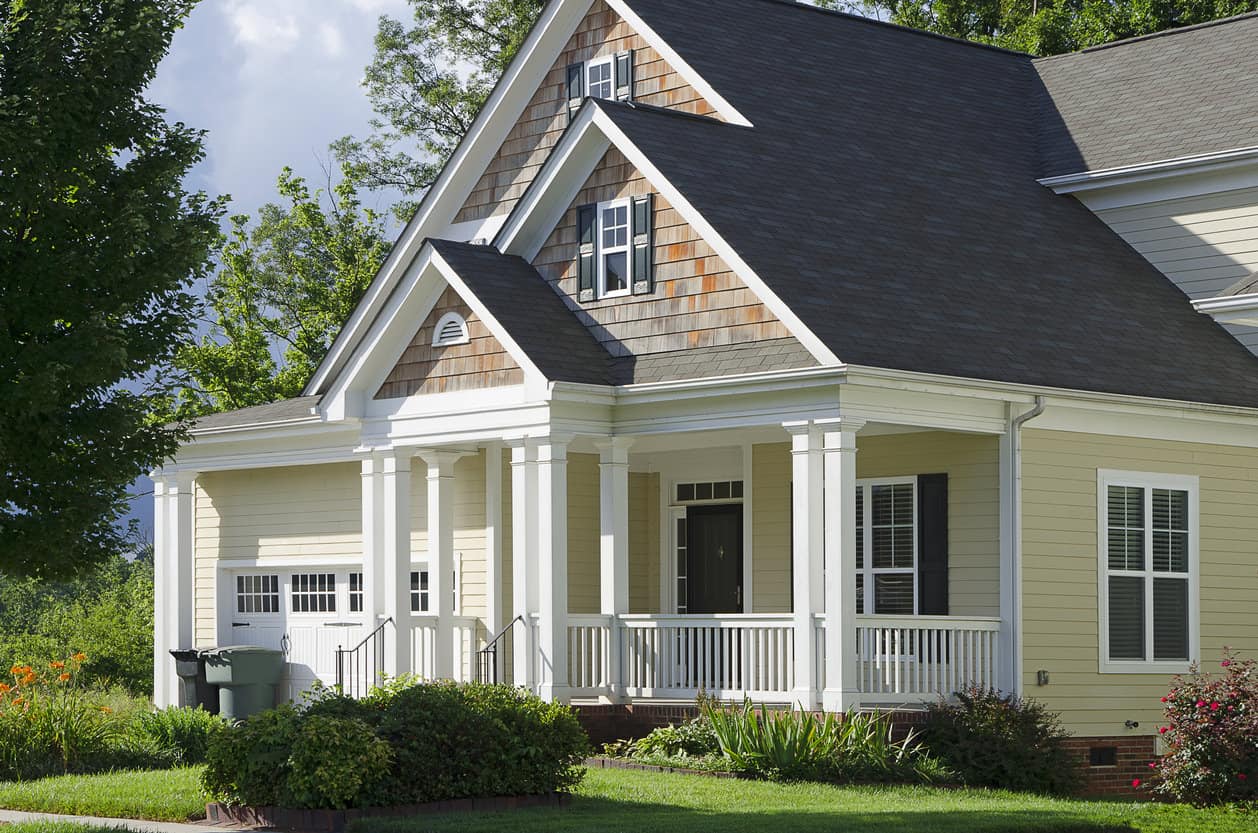 Isn’t it just like that episode of King of the Hill where Hank gets butt prosthetics, only in house form? But you know, dormer windows weren’t always the architectural equivalent of that smug co-worker who drives a Prius that’s coincidentally full of those reusable grocery bags that never make it inside the store. They actually have a pretty cool and ecologically-conscious origin story.

When a Good Thing Gets Co-Opted by Evil: What’s a Dormer Window and Where Did They Come From?

The American Institute of Architects defines a dormer as “a glazed structure with its own roof that projects from the main roof of a building or is a continuation of the upper part of a wall so that the eave line is interrupted by the dormer”. It’s a type of window that has its own external roof while internally, it’s built vertically into a sloping roof. When seen outside, that gable above the dormer window is called a dormer head.

If you dig more archaic language, dormer windows also called lucarnes which immediately make me picture some elegant old school goth aesthetic like one of these puppies would have black frames and frosted glass in an Addams Family type of manse.

Dormer windows are common in foursquares, New Traditional, and a few other classic American home styles, but are probably best-known for their proliferation in Cape Cod style houses, eponymous for the region of Massachusetts they’re found in. 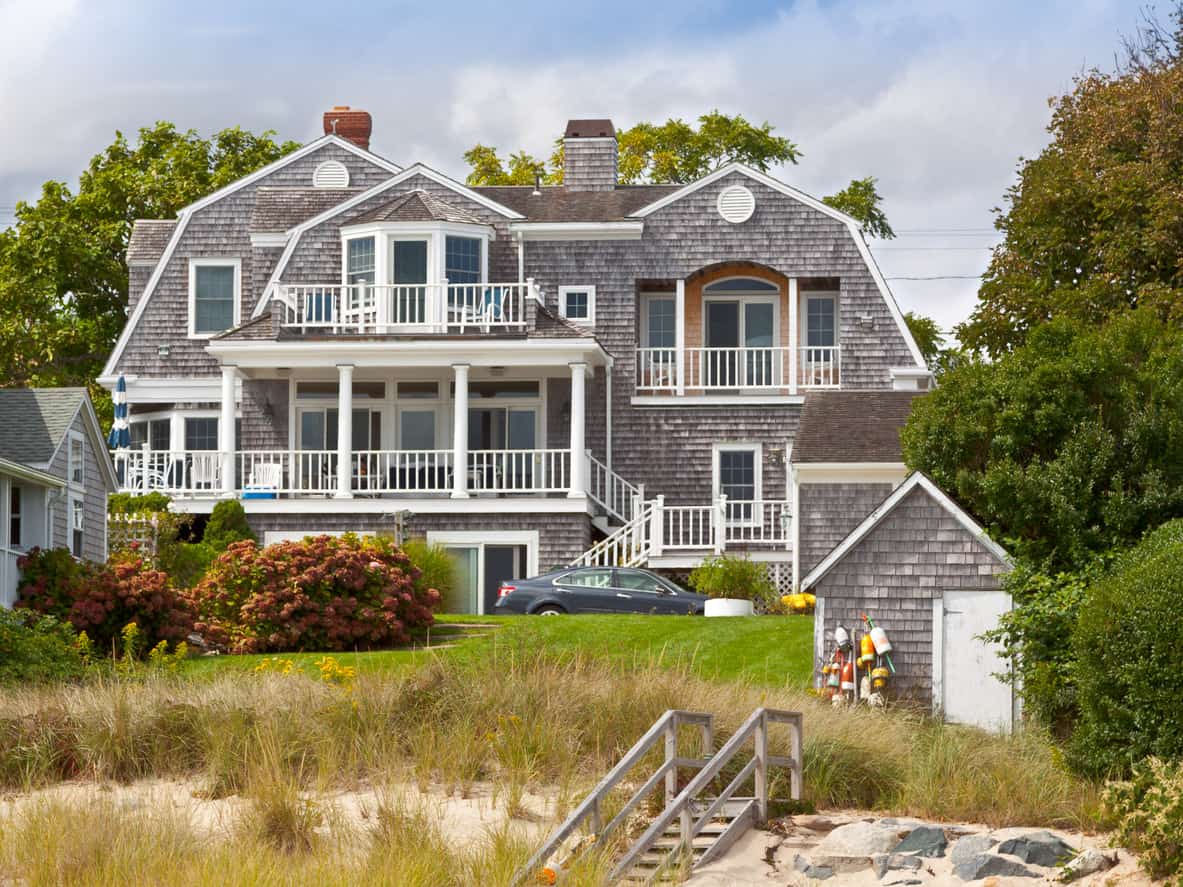 Dormers and widows’ walks and the deceiving appearance of a second floor, oh my! 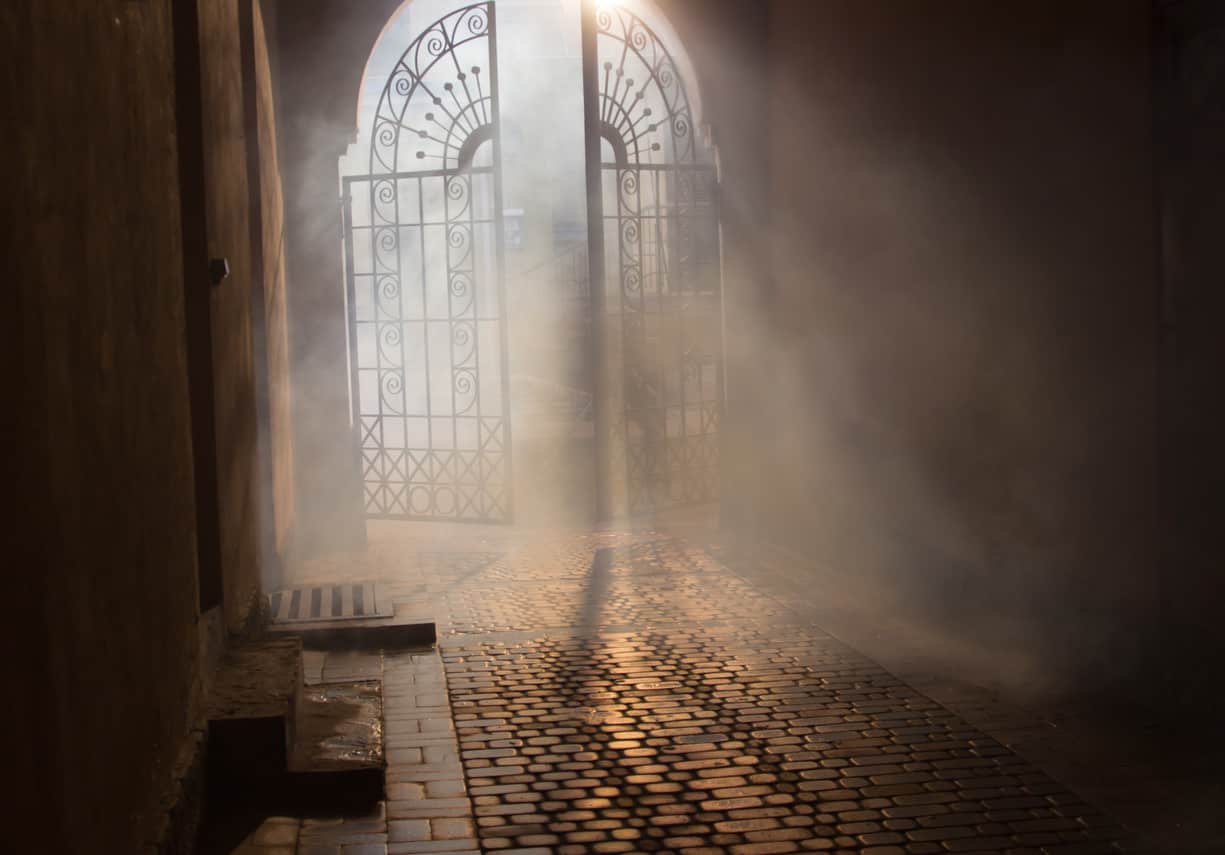 Let’s crank up some Christian Death to get through the rest of this fun journey.

The British adopted dormer windows from the French upon being pleased with the fashion and function they were introduced to by French architect Francois Mansart. HE made dormer windows his hallmark in the mansard roofs of Parisian buildings. The ecological benefits and outer beautification were simply a win-win situation, and this prevailing preference for them persisted into the 21st century long after the British colonized across the Atlantic.

And when you have a real dormer window that the house came with or invested the time into a remodeling job that gets you the real thing, they actually make for a healthier living space by providing natural light and ventilation to the room. If you have a small room like a guest room or bathroom that has a real dormer, you could ostensibly have far lower energy bills than with a standard window or leaving the area windowless.

But then came the horror known as the McMansion and well, it all kinda went up in flames from there.

From McMansion Monstrosities to The Cheesecake Factory

National treasure McMansion Hell shares my disdain for false dormers, also known as “blind dormers”. False dormers are pretty much exactly what the box says they are: they’re little roof attachments that don’t actually have a window inside them. A purely cosmetic thing that’s just using building materials to give the illusion that you have a dormer window when you don’t have anything there at all. A dormer head and gable just sit there without providing any function or ecological benefit whatsoever. And more often than not, the final result just looks like a larger version of a Lego that was hastily duct-taped onto a dollhouse.

Which as a concept, just sounds silly. If you’re going to put all the time, money, and effort into a remodeling job, wouldn’t you want something that produces useful end results like increased ventilation? Or the sleek kitchen aisle that would make Gordon Ramsey drool with envy?

So, this trend in false dormers actually sprang from REAL dormers gone wrong in the construction or remodeling of those dreadful McMansions. Observe this happy set of dormer windows: 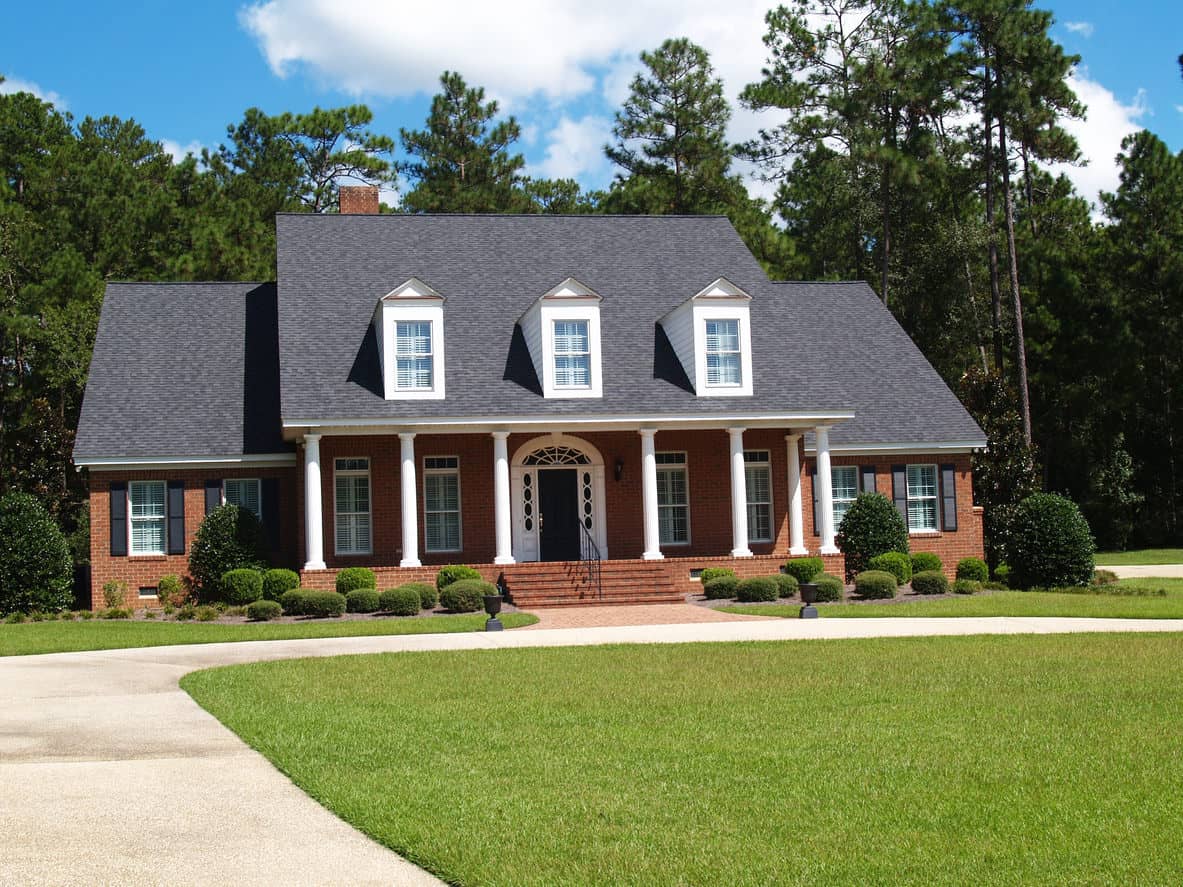 They’re nice and symmetrical, don’t jut above the roof line, are proportional to the entry way, and most of all, all three of them contain actual windows.

Now take a look at what happens when you choose Trump University for your architecture major: 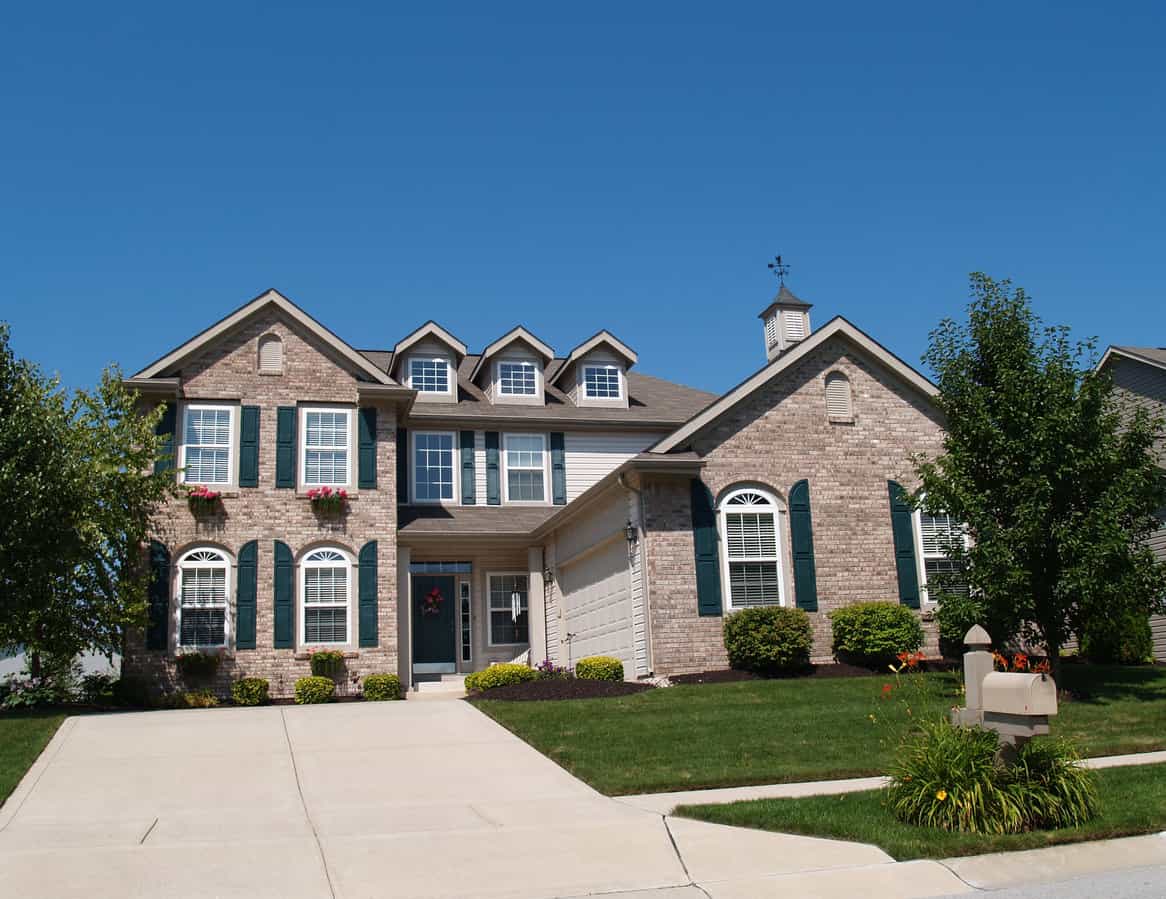 There’s so much going on with this house, I CAN’T EVEN. Do you actually make an extremely meticulous K-turn to get in and out of that garage? Was a first-year home builder grumbling “It was late and I was tired” when the blueprints were finalized? WHAT ZONING BOARD EVEN APPROVED THIS?! What decent person would let this Frankenstein-like beast be built? Why are there two inconsistent shutter styles? And we have the cursed combo of a cupola with a weather vane AND absurdly tiny dormer windows that obscure the roof line! To think THIS is why my generation can’t have cute and affordable starter homes. Ugh.

I likened false dormer windows to nose jobs for a reason: there’s rhinoplasties that go well for people, they can fix nasal conditions or just make you happier with your appearance, get the procedure and live your best life if that’s the case. But there’s also cases where the end result winds up being too large or small for the patient’s face and that’s pretty much exactly what happens with dormer window additions. They can end up being taller than the actual story they’re on, or are so small that they don’t add anything to the exterior. They just wind up sticking out of the roof like those whiteheads that randomly appear on the side of your nose on a hot day.

McMansions spawned the false dormer rage because they were just another way that previous generations used to one-up each other over who had a bigger house than the other. Then it turned to remodeling and botched DIY jobs, who could add the biggest and stupidest thing to their already over-the-top domicile? Oh, Ralph at work got a $400 drill so I have to one-up him and buy a $600 one. Who’s getting a bigger fake dormer window next?! Oh, all that effort and money you didn’t have to do a job you didn’t even want and all to impress people you don’t even like.

Once people started poking fun at how ludicrous false dormer windows are, commercial developments is where those unfulfilled McMansion dreams began to manifest because at least you can get a tax write-off for so-called building improvements. 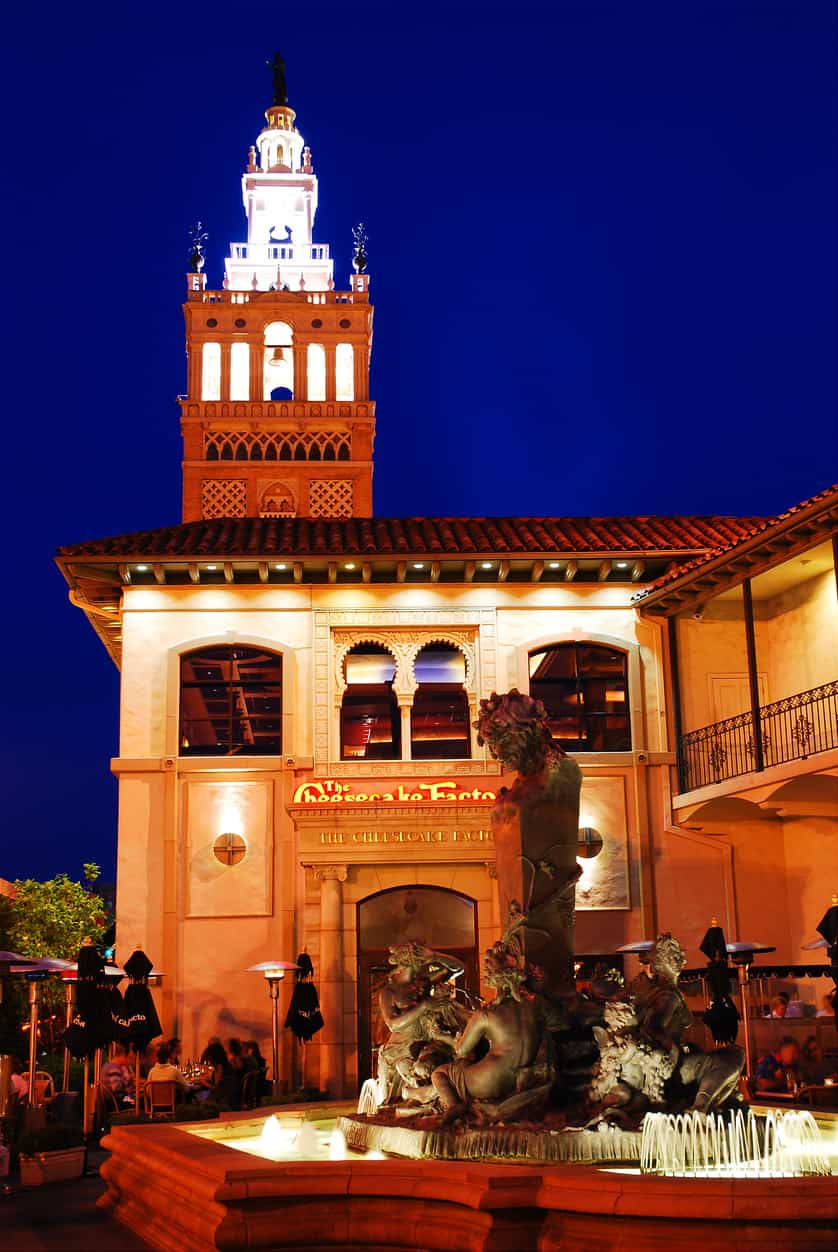 This particular Cheesecake Factory is part of a development in Kansas City, MO intended to look like a Spanish village, and it’s just the tip of the iceberg for the chain’s notoriously ostentatious design principles.

Cheesecake Factory restaurants actually don’t feature false dormer windows as prominently as some other independent and corporatized commercial developments, but some of them do depending on location. It’s a safe bet that the more local residential and commercial developments feature both real and false dormer windows, the more likely your local Cheesecake Factory is to have one of them gazing down at you as you anticipate that signature brown bread. The reason why I bring up this chain in particular is because they’re known for their lavish and incredibly out-there design meant to go with their menus that rival Anna Karenina length-wise. The interior feels like a casino resort while you’re passing time staring at a misplaced palatial estate, as you wait for your buzzer to ding once the waiting area reaches capacity.

But that interior is darker than a nightclub even in broad daylight, so we don’t know who they’re trying to fool with those windows.

Real dormer windows can make a home look majestic if they’re proportional, and provide lots of natural light and ventilation to that guest room or sewing room you always wanted. But fake ones? Congratulations, you just blew $10-20K attempting to have your dwelling resemble a Cheesecake Factory.