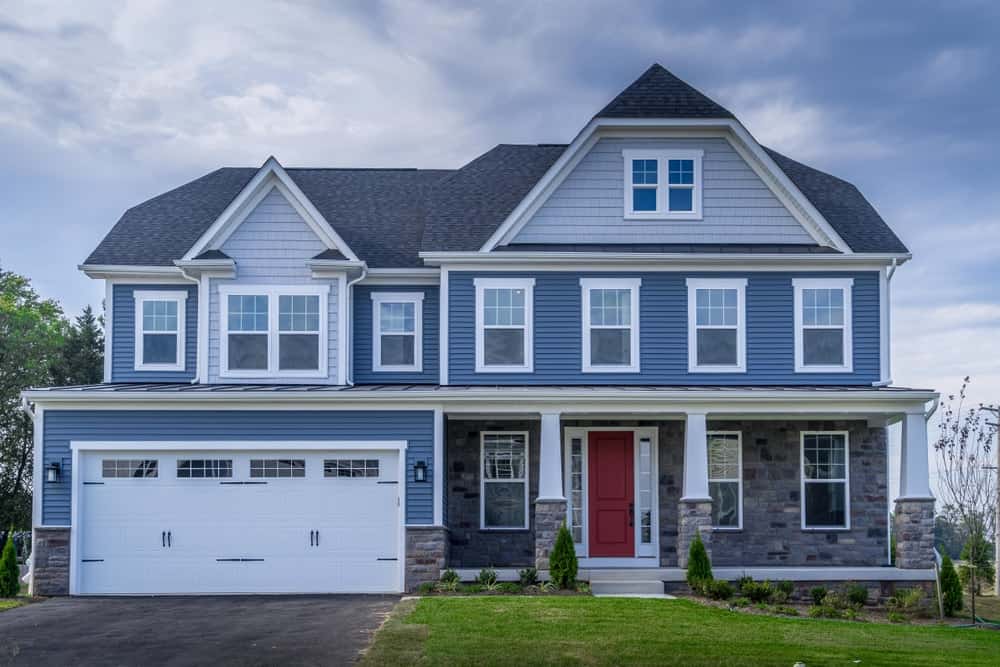 Jerkinhead actually sounds a bit like a sick burn. In fact, you may want to try it out on that annoying guy who’s always on your nerves. Unless he’s a roofing contractor, an architect, or a truly avid DIYer, he probably won’t know that this is actually a roof style and not a great insult.

And even though it definitely sounds like more of a joke than a building option, there’s actually a good reason it’s called a jerkinhead roof and it’s got a very distinct style that you may absolutely love. But first, you’re going to want to laugh at the strange name…and we won’t blame you.

Table of Contents Show
Defining a Jerkinhead
How to Build a Jerkinhead Roof
Why Try This Design?

What do you get when you take a hip roof and a gable roof and mix them all together? You get a jerkinhead roof. And unless you’re super familiar with different roofing styles, that definition still doesn’t make any darn sense. But the jerkinhead roof is a bit of a complicated design, so let’s start with that definition and start figuring this style out.

So, a gable roof is probably the most classic roof shape. This is an inverted V on top of a building, that basic roof shape that’s so popular in kids’ drawings. In fact, it’s the roof used to top Snoopy’s dog house, just two slopes that meet at a central ridge in a perfectly symmetrical design. Now, a hipped roof is just a little different. This is a roof where four sloping sides come together at a central ridge. This design looks more like a pyramid than a V.

Basically, a jerkinhead roof combines the best elements of the gable roof and the hipped roof to create a rather intricate, interesting building topper. This roof design looks like a gable roof with two sloping sides that meet in the middle, but the central ridge is somewhat flattened and has more of hipped roof design. Often, jerkinhead roof styles are asymmetrical, with one sloping side that is shorter than the other.

And while the word is super silly sounding, jerkinhead is rooted in history. It’s most likely a variation of kirkin-head. Kirk was a Scottish word for church. This means that the earliest appearances of jerkinhead roofs may have been on churches, and the word means “church head,” or “church roof.” This suggests that the origins of the jerkinhead roof are actually pretty old.

This roofing style dates to at least the medieval era but became truly popular in the 18th and 19th centuries. However, the style wasn’t widely used in the U.S. until the 1920s, when designers began to use this type of roof to top the bungalow-style homes that were popular at the time. Jerkinhead roofs are now a traditional design that’s commonly seen in Craftsman, California bungalow and other home styles, along with lots of churches.

How to Build a Jerkinhead Roof 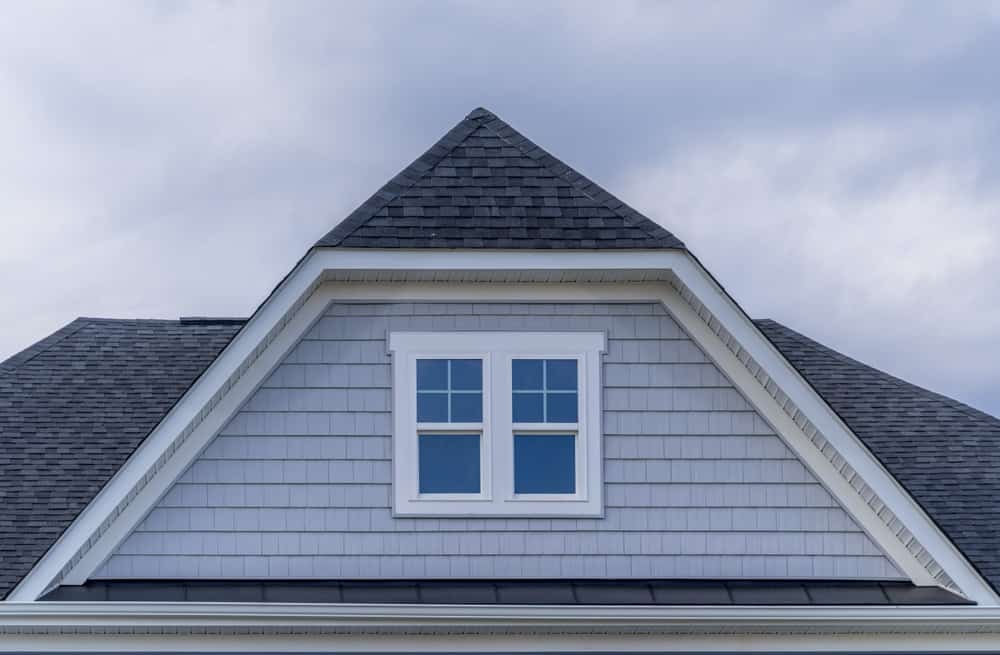 The jerkinhead roof is more complex than a standard gable or hip roof. It takes a lot of materials to build this style of roof. Jerkinhead roof designs must be framed with trusses and rafters to provide support. It’s a time-consuming and complicated design and it takes expert roofers to properly build a jerkinhead roof.

This roof design is on the more expensive end of styles because it does take a lot of materials and time to construct. You need to work with a roofing contractor who knows how to frame a jerkinhead roof and has experience with this design. There’s so much going on with this roof style that even one mistake can cause a future disaster.

It takes a lot of supports to build a jerkinhead roof, which is one of the main reasons people choose not to opt for this style. The space inside the roof area is very limited because it takes so many rafters to support this design. That leaves you with little to no attic space at the top of your roof, in contrast to both gable and hip designs that offer more space inside.

Jerkinhead roofs are also not easy to maintain. It’s difficult to get to certain areas of the roof because there are so many different angles. Performing maintenance like replacing shingles can be a real pain because of the complex profile of this roof. Jerkinhead roof designs are typically finished with slate, tiles, or shingles.

Why Try This Design? 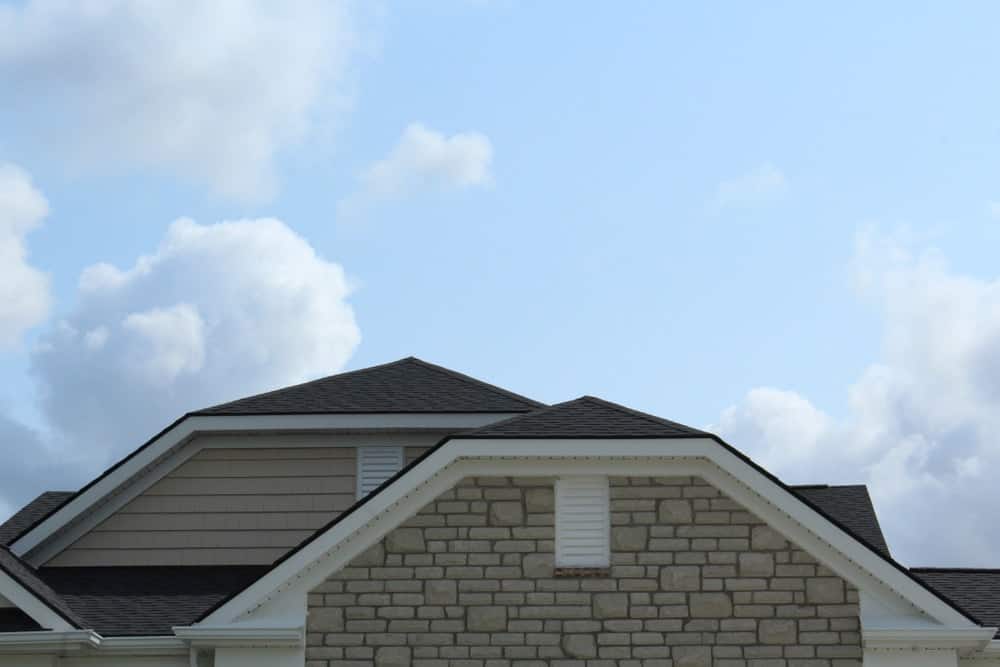 The jerkinhead roof is an interesting and rather complicated design. These roof styles typically have multiple sloping sections and multiple top ridges, with several peaks and valleys throughout. And while it looks pretty good, that’s actually not the primary purpose of the jerkinhead roof. This roof design actually addresses and corrects the major problems associated with both the gable roof and the hipped roof design.

Both gable roofs and hipped roofs are prone to damage. In gable roof designs, at least two sides of the house are fully exposed to winds. And while hipped designs offer four sloping sides to allow wind to slip over them, it is more prone to water leakage than gable roof designs. The jerkinhead roof has flattish peaks and more gentle slopes that are more aerodynamic against wind force. This is actually a good design to choose if you live in an area that’s prone to high winds, even tornadoes, and hurricanes.

The design also has a distinct look. Because it’s more of a complicated design, it’s very noticeable and tends to draw the eye. More simplistic roof designs, like gable roofs, don’t ever get a second glance. But jerkinhead roofs always get attention and always look interesting, which adds an element of style to any home. The style definitely creates a distinct look and it’s the more practical option when compared to more affordable roof designs. If you live in an area with high winds or you want to increase the aesthetic value of your home, the cost of the jerkinhead roof will definitely pay off.

The jerkinhead may just be the right roof style for the home you want to have. And if it is, you’re going to have lots of fun and lots of puns with the name of this roof for many, many years to come. It’s impossible to put a price on that kind of word value!