Take a look at the classic gable roof and learn everything about it, why people prefer it, the different variations, its many benefits and aesthetic. 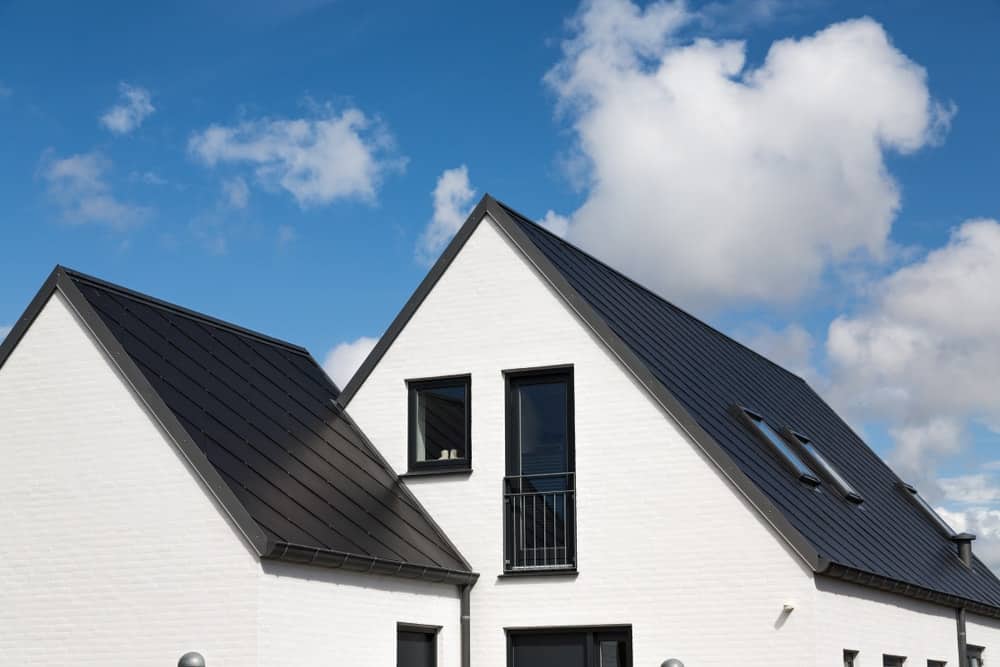 You may not know what it’s called, but you know the gable roof. This is the roof you probably picture as soon as you think of a roof. It’s the roof that children always draw when they’re creating a picture of a house. It’s the most common and recognizable roof style in the U.S. But there’s a lot you don’t know about the classic gable roof and the ways it can be used to cover a home.

Simple, right? But within this basic design structure, there’s a lot of room to play around with a gable roof design. There are three main types of roof styles that are seen the most often. A front-gable house is the one you probably picture when you think of a house with a gable roof. Through this design, the main entrance of the house is on the gable side, which means the entrance to the house is below the top of the triangle formed by the two sloping sides of the roof.

If one roof is good, how about two? In some home designs, you’ll see homes that have multiple gables to create more than one ridgeline across the roof of the house. Image two gable roofs side by side. Now, pick one up, turn it 90 degrees and smoosh it onto the other one. This is a cross-gable roof.

But even within these basic styles, gable roof designs offer plenty of opportunities to create interesting looks. Sometimes, you’ll see homes built with extended sections or extra rooms that have their own gable roofs that are attached to the main roof, or you’ll see homes with two gable roofs on either end and a middle section covered by a gable roof sitting perpendicular to the other two. You’ll see all sorts of variations in the design. The more you start looking for gable roofs, the more you’re going to see them.

Because the gable roof design is structurally strong and fairly simple to construct, it’s a favorite among architectures. You’ll see all sorts of different variations to the basic design and you’ll find it everywhere. Now that you know so much about gable roof designs, you can even throw out some technical terms to your friends the next time you’re driving through a neighborhood! 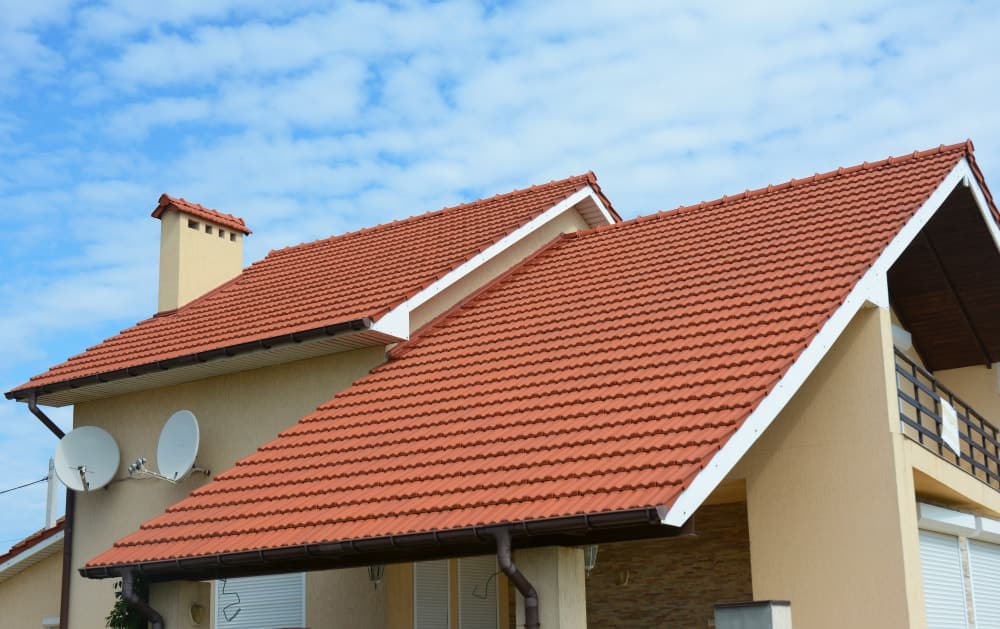 The gable roof design is truly a classic, which you already know. After all, you can find these roof styles absolutely everywhere. But you may still be shocked to learn that this roof design is actually super, super old. The gable roof dates back at least as far as ancient Greece. That means humans have been building homes with triangle-shaped gable roofs for over 2,000 years. In other words, this is good design. Nothing that lasts for 2,000 years doesn’t work. So what makes this such a great roof design that’s it’s still being used after so many centuries?

Because the gable roof has two sloping sides and a narrow ridge in the center, this is an ideal design for shedding water, debris, and snow from the top of a roof. Everything rolls down those sides and off of the house…okay, well, almost everything. This is clearly a great design because you don’t want a bunch of stuff piling up on your roof, which can lead to damage, leaks, and a whole nightmare of home repairs.

However, the gable roof isn’t your best option if you live in a high-wind area. It’s not especially aerodynamic and often takes the full brunt of wind force. You can protect against winds by adding braces under the eaves of the roof. You’ll also want to have the roof inspected regularly for wind damage and repaired as needed.

See also  What is a Hip & Valley Roof? 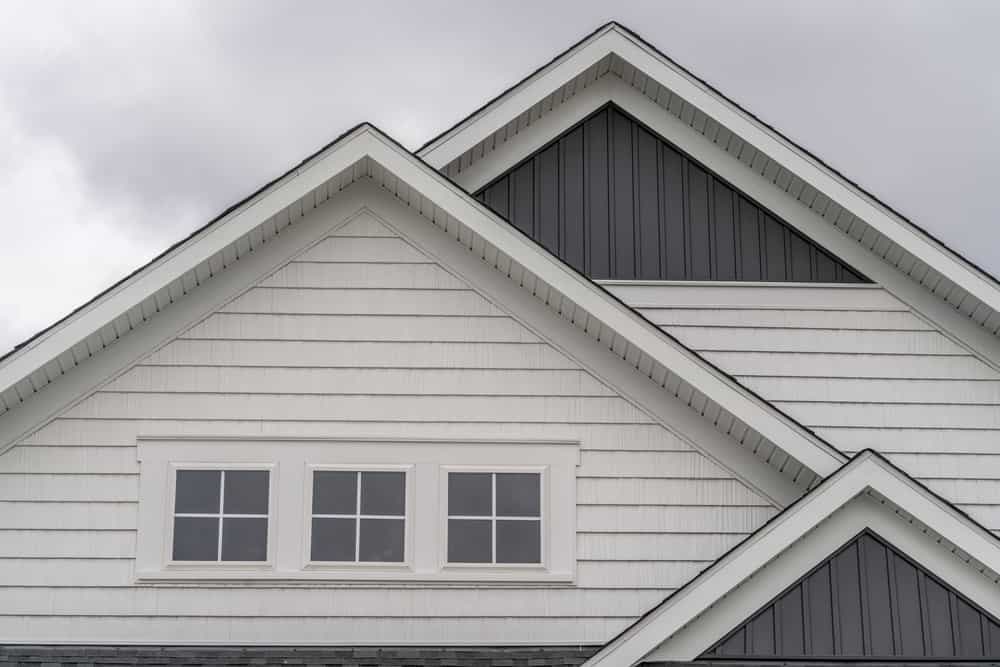 There’s another big advantage to having a gable roof: everyone knows how to install them and maintain them. Because this is such a common design, just about any roofer or roofing company will know how to construct this roof style quickly. In fact, they will likely already have pre-assembled trusses specifically designed for erecting gable roofs. This is an affordable roof option when compared to some other popular styles because it’s simple and straightforward and because it’s absolutely everywhere.

The gable roof also works great with just about any home design. It can be put on all sorts of different houses, which makes it a versatile and practical option when you’re topping any home. When you think about it, the gable roof really is everywhere. After all, doesn’t every standard tent design look just like a gable roof? This is a very strong structure that looks nice, too.

You can see this roof style in all kinds of homes. Commonly, side gable roof designs top Cape Cod-style houses. Front gable roofs are often used in bungalows. Gable roof designs with a high pitch are used frequently in Tudor-style buildings.

Heck, there’s even a classic work of literature by National Hawthorne titled “The House of the Seven Gables.” In the book, the house itself seems to have personality. That’s exactly what a gable roof does: gives a home its personality. Whether your style is classic or modern, whether you want something clean and simple or a little bit more complicated, a gable roof can do it all.