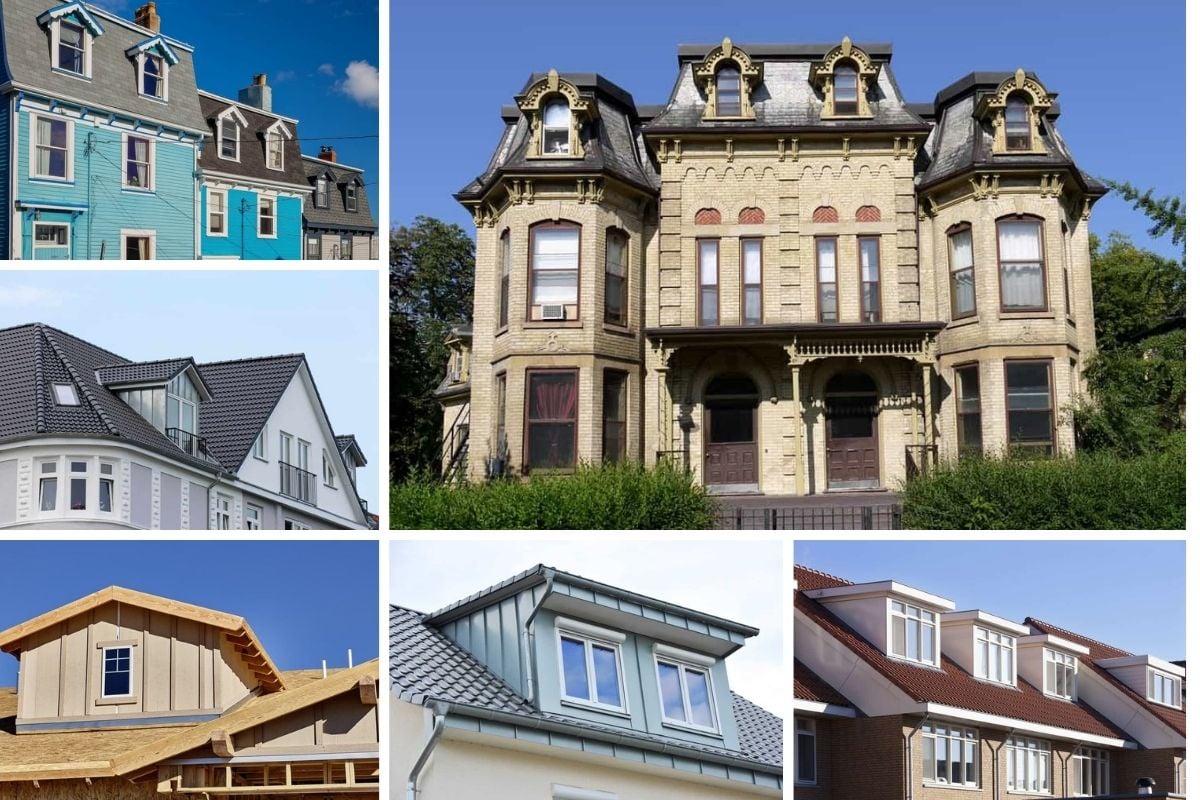 Dormers are built on the roof and often contain a window. They project outwards, vertically beyond the plane of the roof. The dormer roofs are a great way to increase the space in lofts or attics. The window openings also bring in natural light into the small spaces.

The word ‘dormer’ comes from a Middle French word ‘dormer’ which means ‘sleeping rooms’. When dormers are built on cathedrals or churches, they are called lucarnes. The lucarnes are the oldest forms of dormers since they were used to provide ventilation in the spires of the buildings.

One example of the lucarne is the spire of the Christ Church Cathedral in Oxford. Dormers have also been used in Britain as domestic architecture since the 16th century. They became popular after Francois Mansart used them in mansard roofs.

Dormers have always been part of prominent buildings due to which different types of dormer houses have emerged. Below are some of the most common types of dormers built across the world. 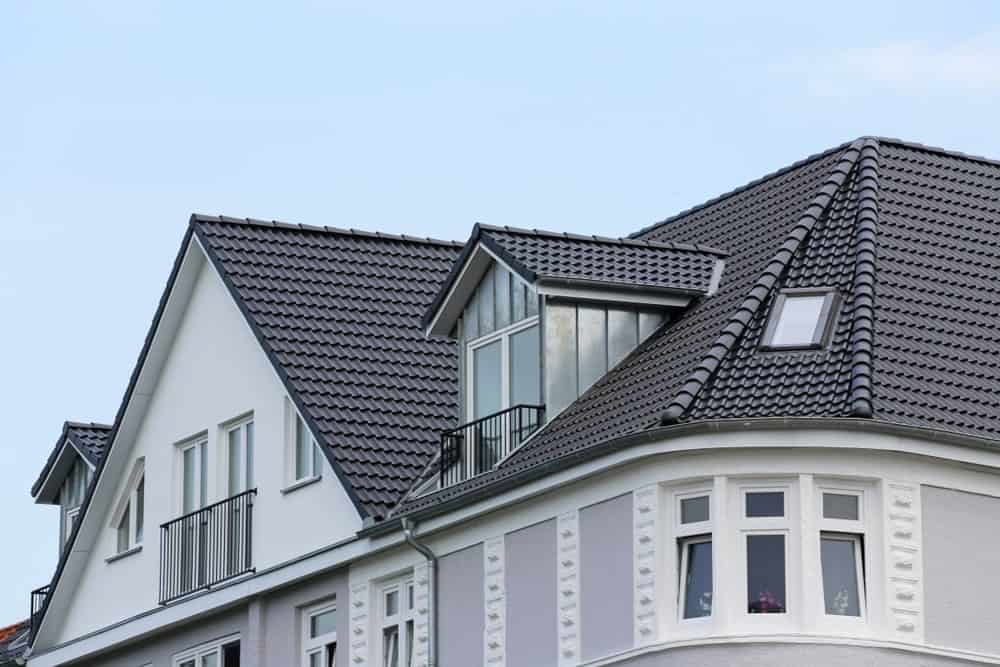 Gable fronted dormers are also known simply as a gabled dormer and are the most common type of dormer in the world. They became widespread after Cape Cod styles become popular home style designs in the 1950s in the United States.

The dormer has a simple pitched roof with two sloping planes. This is supported by a vertical frame that rises so that a triangle section forms. This shape has also earned them the name of ‘doghouse’ dormers due to the similarity in shapes.

They aren’t the fanciest architectural designs but simply became popular to add light, symmetry, and space to the home. They have a simple function – to help shed water down the sides and away from the windows. This can prevent flooding, leaks, and structural damage in homes.

These dormers can be built on any type of house. Homeowners preferred the gable dormers due to the simple design which allowed vertical headroom. Most homes with these types of dormer roofs actually make groups of 3-5 dormers across the roof.

Nowadays, the shape of the gable actually depends on the structure system that is used in the home, as well as, aesthetic concerns, material availability, and climate.

The colder the winter gets and the higher the risk of snow, the sharper the decline of the sloped roofs. The ends of the gable are often made following the Classic pediment forms.

However, the classic ones function through trabeation while the gable dormers are made as bearing-wall structures. The sharper the gable roof, the more it resembles classical Greek and Gothic styles of architecture. 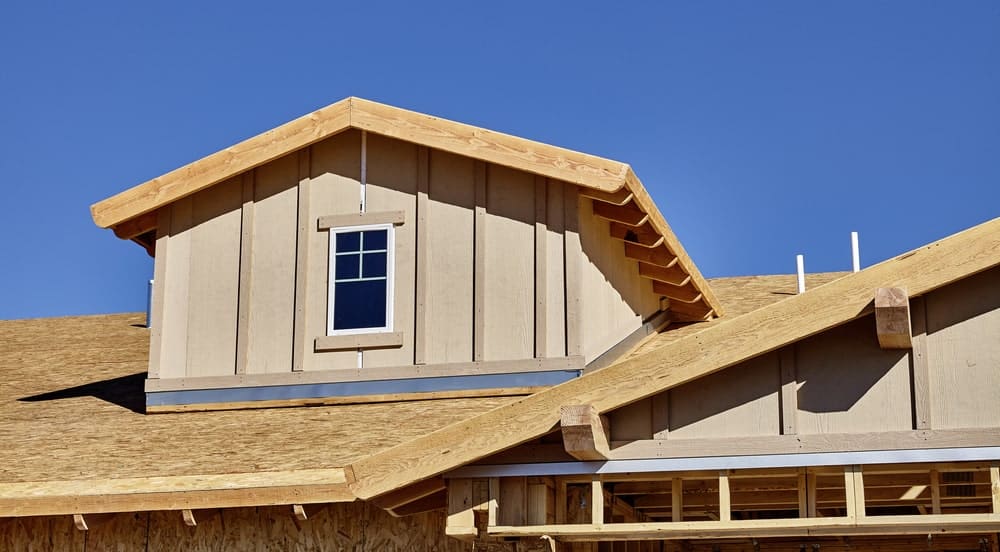 Hip Roof Dormers are also known as hipped dormers. They have a roof which consists of three sloping planes. These planes rise from each side of the frame and come together at the ridge.

The hipped roof usually has a fairly gentle slope and has no other vertical sides or gables. They can also have two trapezoidal sides, as well as, two triangular sides, depending on the homeowner’s preferences.

If you are making a hipped roof dormer on a rectangular plan then experts often recommend making four faces. Hip roof dormers are made with the same pitches or slopes on all sides, which makes them symmetrical as they reach the center point of contact.

They have a pretty consistent level fascia which means that a gutter can be easily fitted around the dormer. Hip roofs aren’t as common as gabled roofs since they are more difficult to construct due to the complex system of rafters or trusses needed to build them.

However, they can be constructed with a bunch of plan shapes, which is why they are built in areas where gabled roofs can’t be properly made. They give a compact and solid appearance to the house due to which some homeowners prefer them.

The main function of the hip roof dormers is that they are pretty much integral structures for the American Foursquare styles. The hip roof is important since it is self-bracing and requires much less diagonal bracing then other most types of dormers.

If you live in a hurricane region then these roof types are better suited for such housing. However, hip dormers are hard to ventilate and maintain. They also don’t provide a lot of natural light, just like a gable with a window. 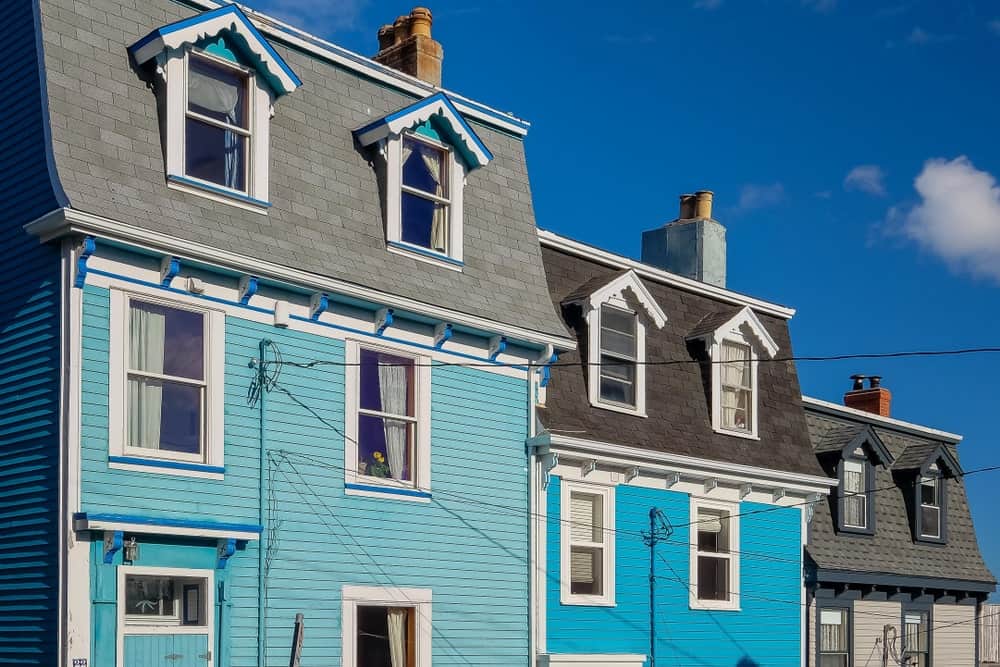 Wall dormers are structures whose facial plane is integrated with the facial plane of a wall. It is built into the wall and breaks the eave lines in a building. They aren’t that common dormer types since they don’t add a lot of aesthetic value to the house.

Modern houses also prefer bigger windows that allow lots of natural light. They are essentially a continuation of the wall up to the roof. This makes them more like a wall element that is vertically projecting rather than a part of the roof.

Wall dormers are commonly found in smaller early buildings. Later structures that included wall dormers were part of the revival styles that emerged in the 19th-century structures. They are an important part of styles like the Queen Anne style since they are a part of the eclectic assemblies of such structures. 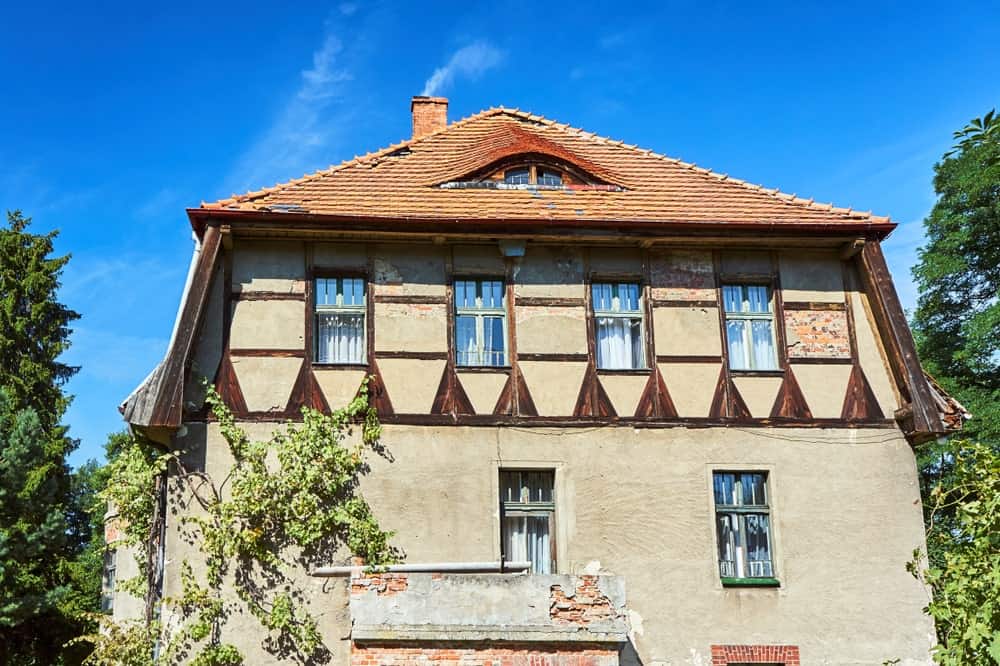 Eyebrow/Eyelid dormers emerged in Britain when homeowners began to build small arched windows in their cottages centuries ago. The glazed slits in the windows looked very visually appealing.

They add some texture to large houses since they break the monotony of flat interior ceilings or rectangular, linear roofs. They became popular in America after a Boston architect used them in the 19th century.

Initially, they were used in roofs with shingles but nowadays have expanded to more designs. They are commonly found in Post-modern beach houses, as well as, modern cottage designs.

Most experts recommend that custom-made sashes, whether fixed or hinged, are made along with the eyelid dormer. They require tricky roofing and framing process, which is why they are an expensive dormer type to get.

The windows in eyelid dormers allow a lot of light into the interior rooms. The long windows are the main reason why people consider them as more of a window then a dormer. The eyebrow dormer can be made in different sizes and shapes from tall half-rounds to Richardsonian sine curves. 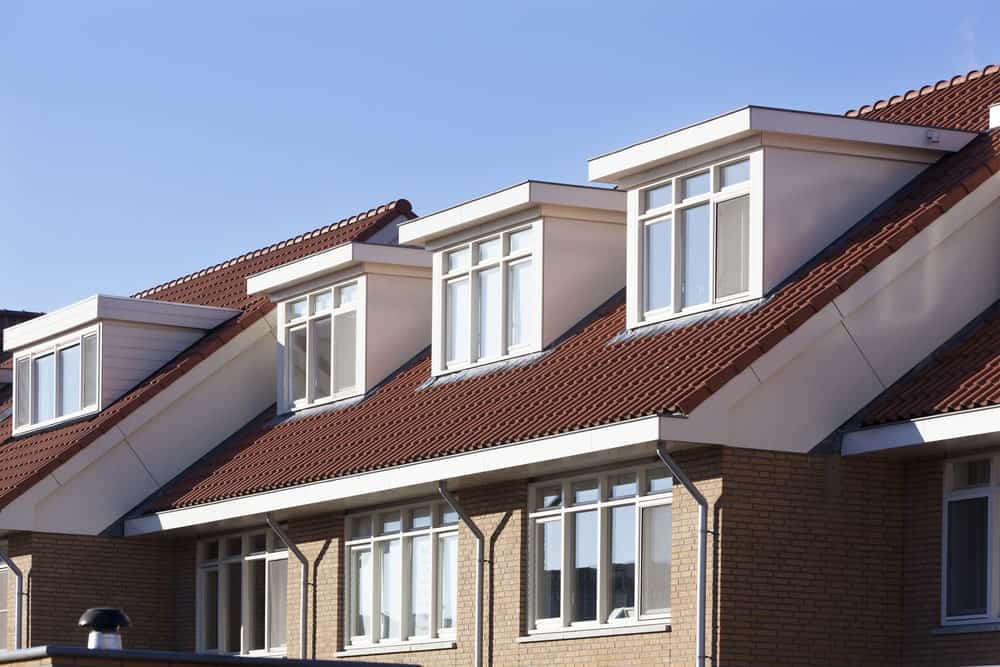 It depends on the size of the room and the style the homeowners want. However, they aren’t really that common since they have a pretty boxy and awkward appearance that looks unappealing to most.

However, the simple style means that they are cheaper to build and allows bigger windows for lots of light. However, they don’t shed rainwater or melting snow.

This increases the likelihood of leaks. Experts recommend that high-quality roof membranes should be used for flat roof shapes like PVC. This can help mitigate water leaks. 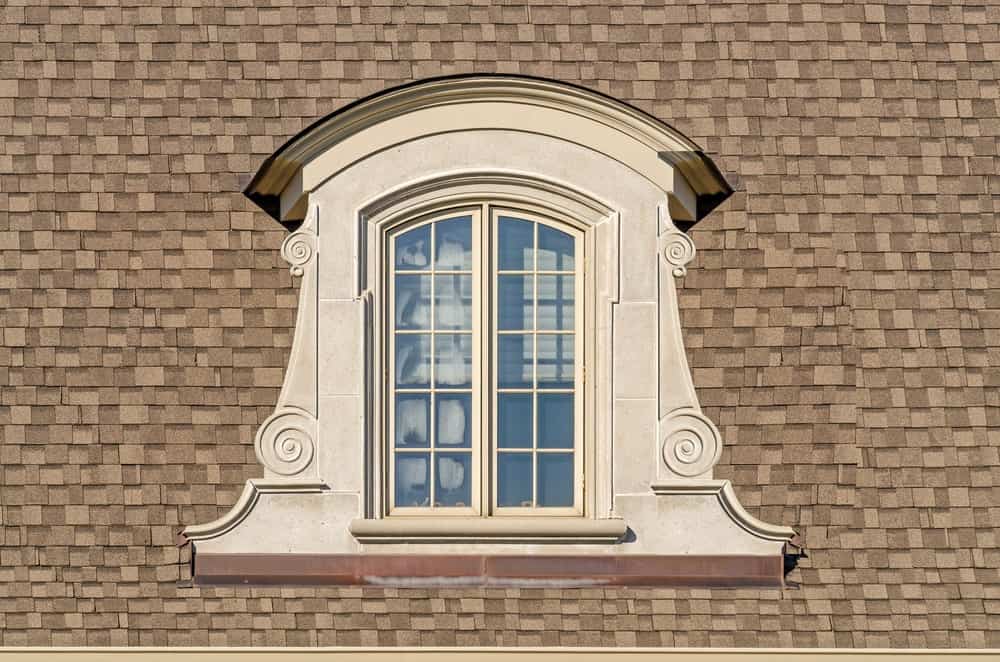 The arched or rounded top of the dormer indicates the wall space that is left off on the front and the sides of the dormer.

It helps to add some soft contrast to the mostly straight, sharp lines that most sloped roofs have. It is also called a segmental roof dormer due to how it segments the roof from the structure beneath.

Barrel roof dormers are usually just built for the visual appeal rather than any particular function or use. They do have good window sizes that let in light but are smaller than most other types of dormers.

Keep in mind that they are more expensive to build than gable or flat roofs since they are an uncommon type of dormer to get. 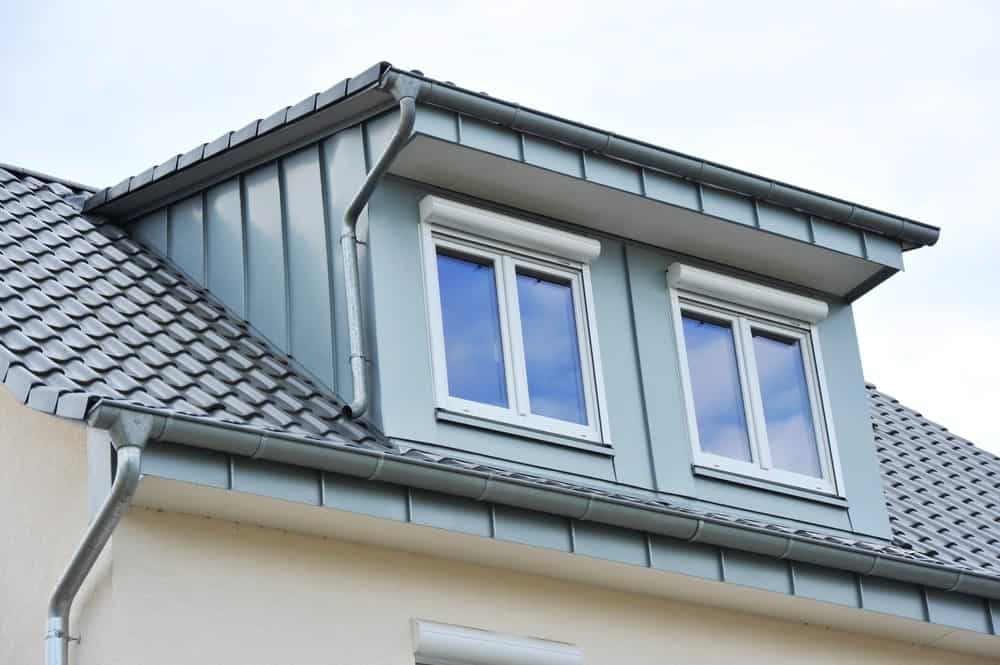 Shed dormers have a single flat plane roof and resemble flat roof dormers. The roof is sloped in the same direction as the dormer but at a flatter angle. While gabled dormers are more common, the shed dormers are designed to actually provide the headroom with a larger area of space.

However, the dormer needs a different roof covering since the roof pitch is shallower than the roof. This increases the overall costs and makes it unpopular among homeowners.

However, shed roof dormers have no hip or peak and aren’t rounded at all. This reduces the construction cost and increases the space beneath. 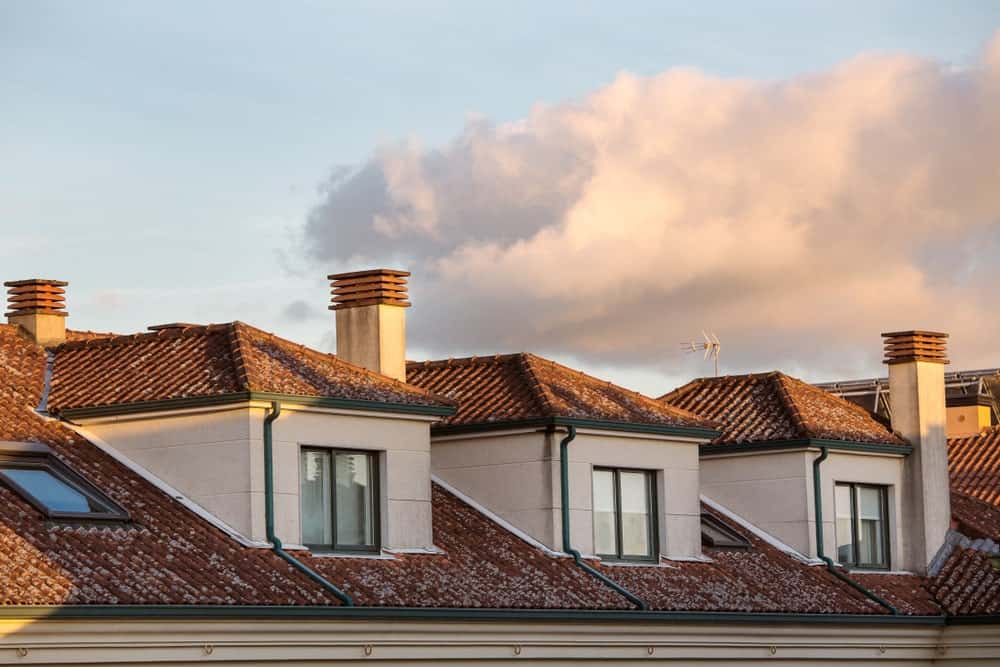 Inset roof dormer’s side walls are built beneath the roof’s slope. This is pretty different from the more common gabled formers that have side walls extending out and above the roof.

They are built with a flat roofing section in front of the window to compensate for this structure choice. They are usually installed for the visual appeal they create and the natural light they bring in. The Inset roof dormer is really small, so they are easy to build and cost less.

However, it holds water, so if you live in an area where it rains frequently, it is better to choose another type of dormer. 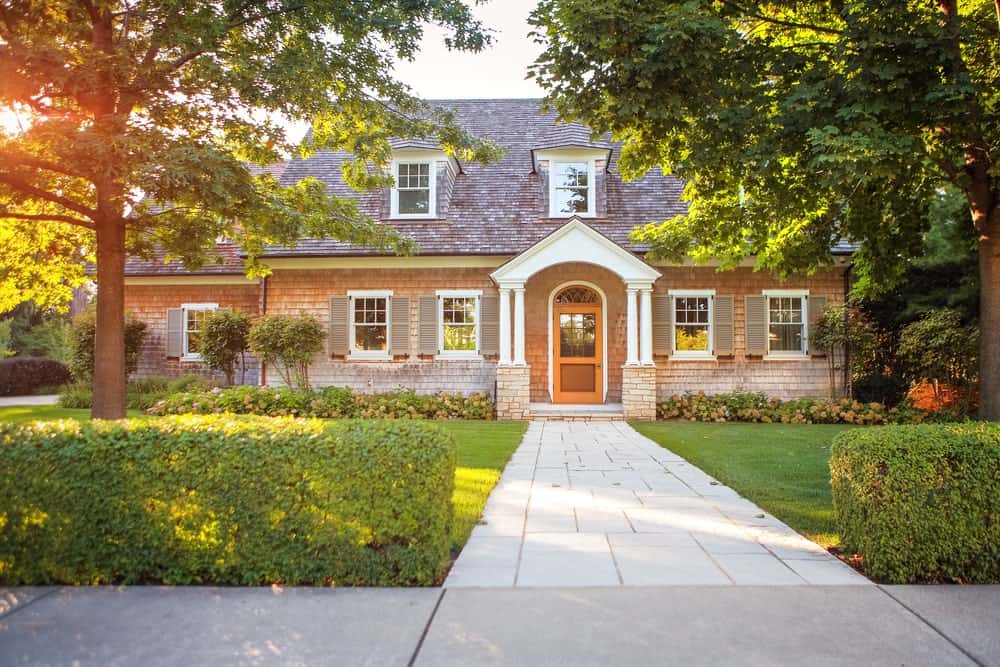 Most dormers are built into the roof of any home but the pediment dormer actually extends away from the roof of the home. They are supported from below by posts or pillars and are quite popular in American homes.

They have a quite dramatic style which goes well with classic looking housing styles. If you are designing a home based on a more modern or contemporary design then these will definitely look out of place.

The pediment dormer’s main function is to provide shelter. They are often built to create covered spaces above entryways, driveways, patios, or porches.

They provide great light and give the illusion of space really well. They are expensive to build though since costs include finished undersides, high-end materials, architectural windows, and pillars. 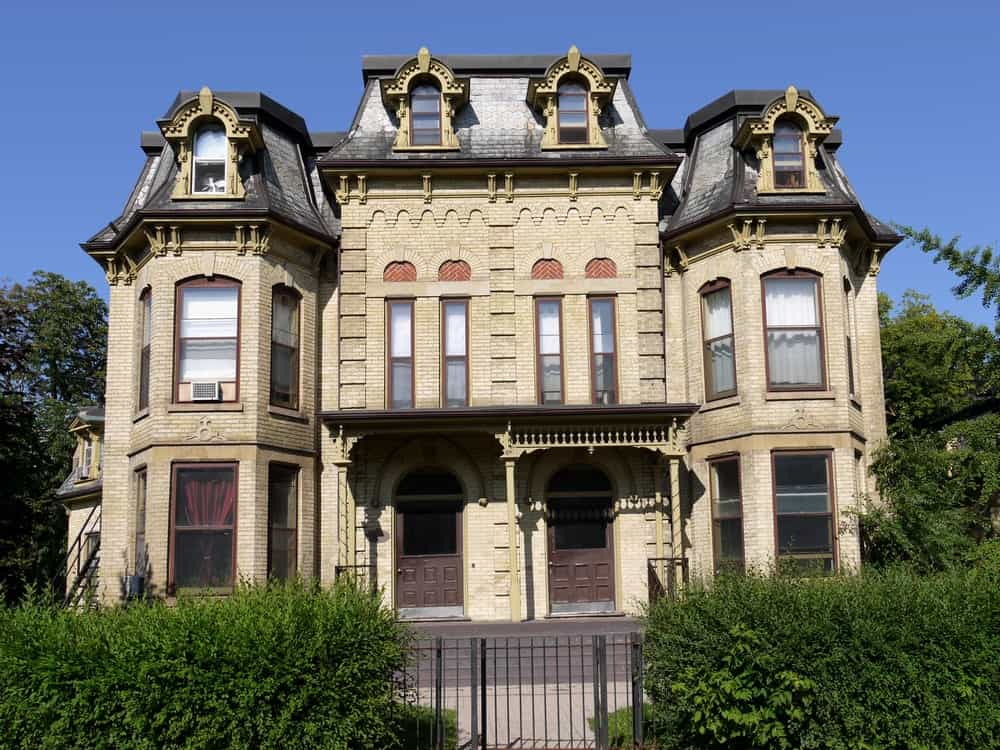 This gained popularity as the Mansard roof dormer. They are a must-have feature in old Victorian houses but now even modern buildings can be spotted with Mansard roofs.

Roof dormers are a common feature in homes because they allow natural light to come into the home. Modern houses are built with lots of large windows allowing natural light, which is why dormers still remain one of the most common structures in homes.

Home Expert (Bot)
Hello, how are you? Ask me anything about interior design, home improvement, home decor, real estate, gardening and furniture.
188 shares