Menu
Menu
Search
Def Jam co-founder Russell Simmons is putting his Balinese-inspired home in the Western Hollywood Hills up in the market.

Russell Simmons is the one that fueled hip-hop stars such as the Beastie Boys, Public Enemy, Run-D.M.C. and LL Cool J and ignited the hip-hop revolution in their time.

A former New York street hustler turned promoter, artist manager, record producer, and label owner, Simmons, however, faced gruelling struggles in his early life, selling drugs and running with a street gang. After retiring from the gang life, Simmons heard the “world famous” MC Eddie Cheeba rapping in a club, and started hanging with Kurtis Blow, a talented DJ and MC to night parties. The two then attempted to record a single together in 1979 and successfully released “Christmas Rappin'” by the end of that year.

Simmons then met aspiring producer, Rick Rubin. While Simmons was a street hustler, Rubin is a student punk-rock fan, however, their difference did not affect their friendship and the two became equal partners at Rubin’s fledgling label, Def Jam. The pair signed the 16-year-old LL Cool J and quickly had a hit with their first release — “I Need a Beat,” enabling Simmons to create a historical distribution deal with Columbia, which was the first deal of its kind for a hip-hop independent with a major label.

After that success, Simmons followed up by producing two songs for “DMC” and “Jam Primary Jay” titled, “It’s Like That” and “Sucker MCs” that contain hard-edged sound invented by Simmons. Using that powerful songs, he secured a deal for Run-DMC with the independent label Profile Records and made Run-DMC’s self-titled debut album in 1984 became the first rap album to reach certified gold. In the following years, Def Jam blazed a trail for hip hop by turning street rap into a global phenomenon with The Beastie Boys’ album Licensed to Ill. They also landed their first million-dollar endorsement deal for a hip-hop group when Run-DMC’s single “My Adidas” caught the attention of the sportswear giant.

Simmons helped create a historical event as well, as Run-DMC and Aerosmith’s “Walk this Way” fused rock with hip-hop and became the first music video to feature a hip-hop act and be played on heavy rotation at MTV, shaping the world on to black-power politics through the most explosively radical group in hip-hop history, Public Enemy.

Although he already made a fortune via Def Jam, Simmons still expanded his business interests beyond music, co-founding the Simmons Lathan Media Group, creating hit TV series such as The Def Comedy Jam and Russell Simmons Presents Def Poetry, launched a clothing line, Phat Farm, extending his portfolio up to the pop-culture website Global Grind and published multiple business and self-help books.

Russell Simmons — the original hip-hop mogul is now preparing to bid farewell with his peaceful dwelling in the Hollywood Hills. He listed his 14,321-square-foot Balinese-inspired home for $8.25 million.

Located right above the Sunset Strip, the Spanish-style Hollywood Hills home boasts a perfectly executed floor plan. The home’s entry features a hardwood espresso-finish flooring with a classy rug and portrait of former President Obama on wall. This leads to other indoor amenities such as the two living spaces, both featuring comfortable and huge sofa added by other stylish furniture as well as TV on top of the rooms’ fireplaces. The dining room boasts elegant dining table and chairs set on top of the rug while wall decors provide additional style. The home also offers a wine cellar that can accomodate 1,500 bottles while three en-suite bedrooms along with the primary suite complete with a fireplace, walk-in closet, spa bathroom and a terrace are waiting upstairs.

Outside, the Bali-inspired grounds surrounded by a magical mature landscaping offer enchanting outdoor experience with its lounging spaces, outdoor kitchen and dining and an outdoor theater just beside the sparkling swimming pool.

CelebrityNetWorth.com estimates his fortune at $340 million. 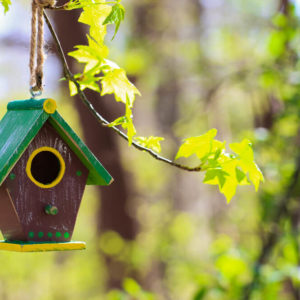 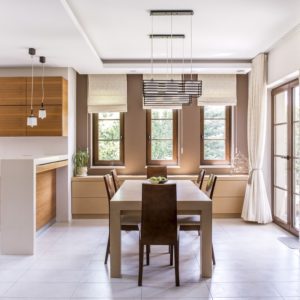