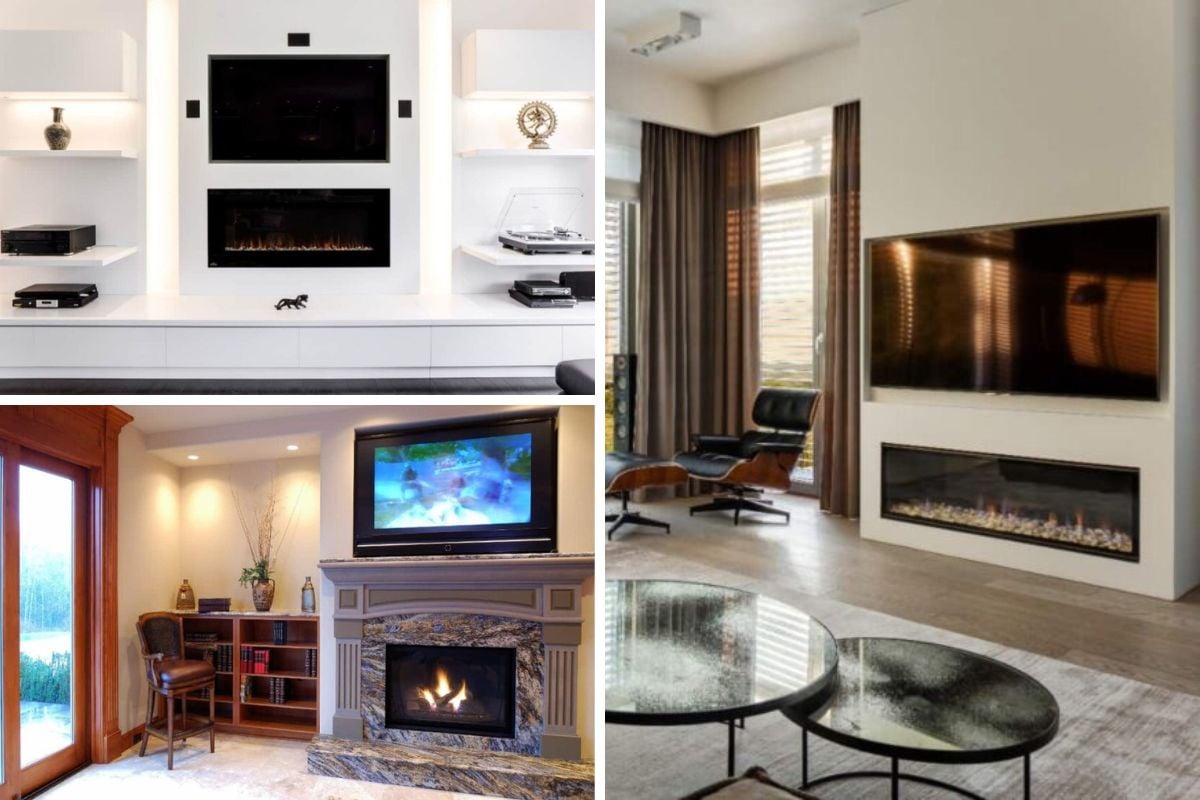 There is no better time to plan for winter than ahead of time. With rising costs during extreme temperature seasons, it’s also a good opportunity to consider cost-efficient ways to heat your home.

Electric heaters are a good way to do just that. Imagine not having to run the HVAC all day. What a game-changer!

As intriguing as the idea is to incorporate an electric fireplace into the mix, it’s important to consider the space. The way main rooms are built, there’s often only one really awesome place to put a fireplace.

Typically, that’s the part of the house with a long wall. That also happens to be the focal point for entertainment.

So, the question begs to be asked, are TVs safe to mount above an electric fireplace?

Related: Does a Floating Shelf Above a Fireplace Look Good 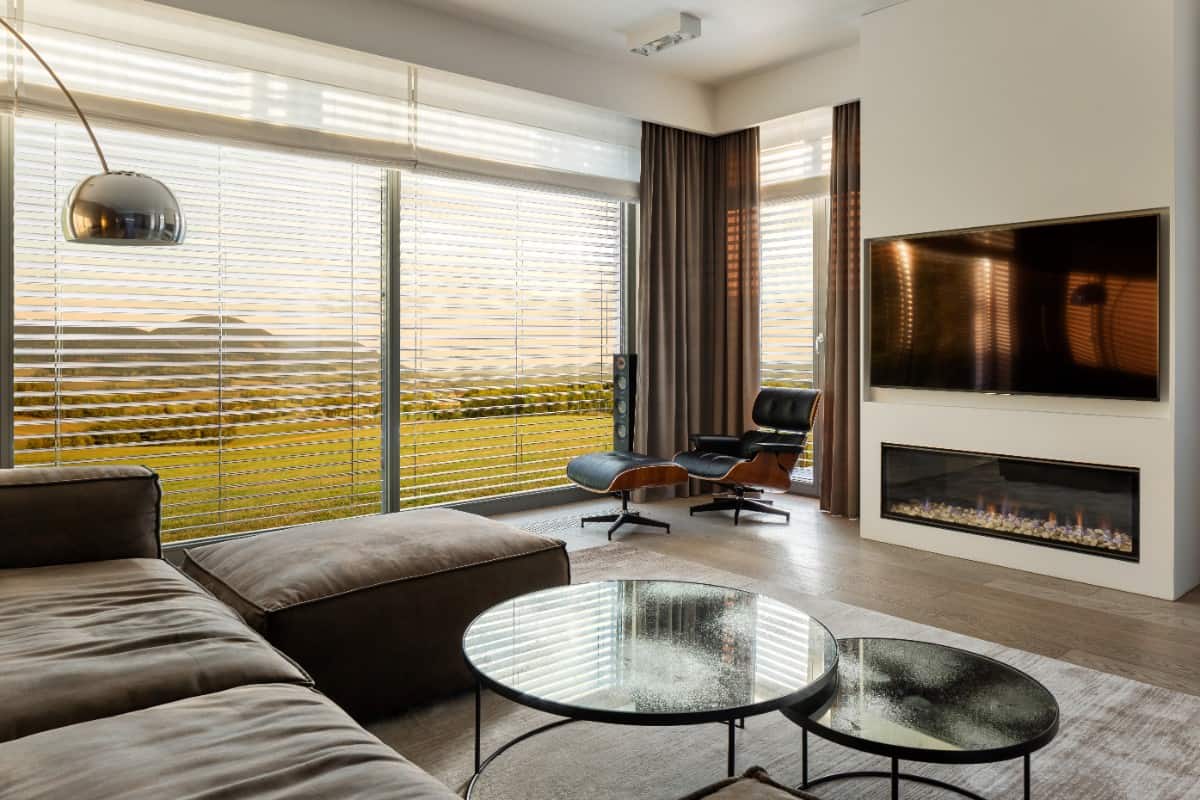 The short answer is, yes, you technically can mount a television above an electric fireplace. The strings attached to that answer are all about the precautions that must be taken. Without doing proper research about placement and spacing, you might learn a lesson you never intended.

Several years ago, I moved into a townhome that had an electric fireplace mantel in the typical place you’d expect it to be. Not knowing any better or having experience with this type of fireplace, I sat the television too close to the heater below. Over time, a discoloration began appearing on the TV’s display.

It was easy to realize where the distortion was coming from since the issue was mainly coming from the bottom of the screen. Naturally, that was the part closest to the fireplace.

To help you avoid that same error, let’s go over a few things about electric fireplaces and what a safe mounting between the two objects should look like.

Setting Up the Electric Fireplace 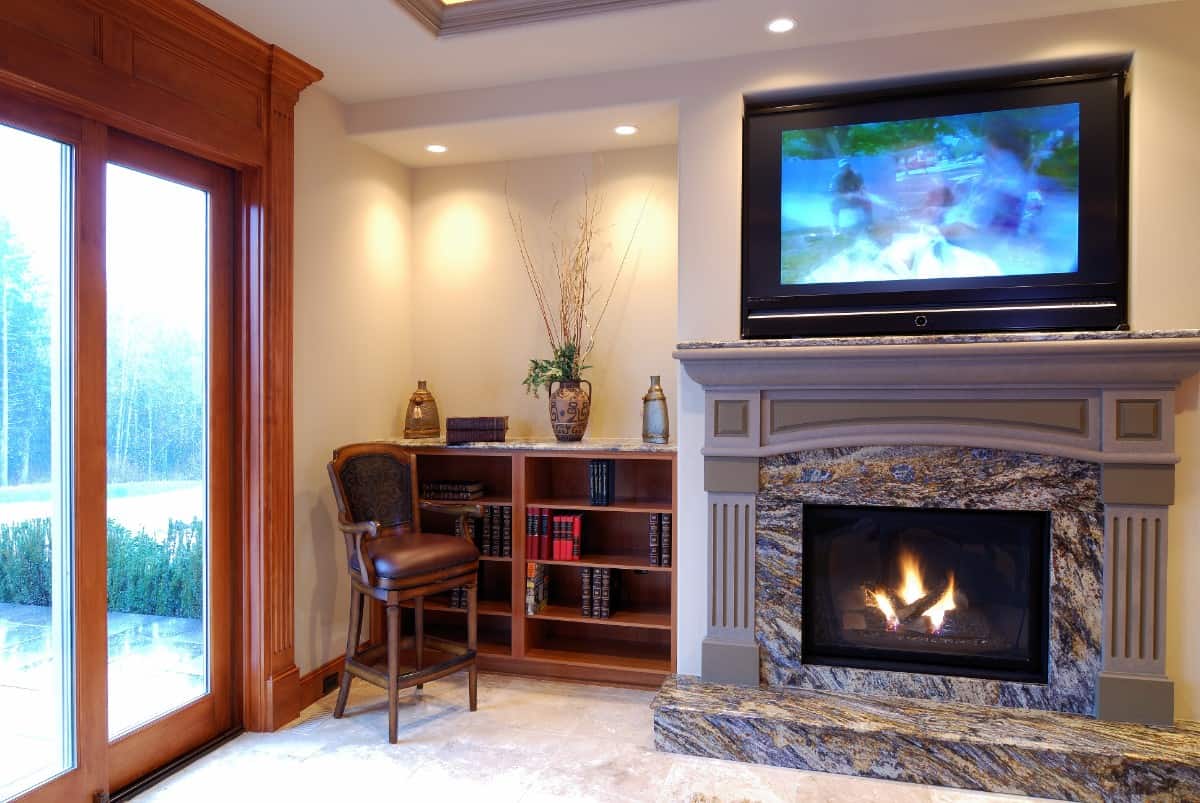 For most electric models, it is suggested that the unit be at least six inches from the floor to the bottom of the heater. In addition, there should be eight to ten inches from the top of the heater to the mantle. Now, if there isn’t a mantle already there, it would behoove you to have one installed between the heater and the area in which you are going to place your TV.

There are a few exceptions to this, with some models needing a distance of at least 24 inches from the mantle. If you have any questions about the materials, the space your work in, or a mantel, be sure to consult the manufacturer or a local professional.

Distance Between the Fireplace and TV

A properly installed mantle will help to ensure that the heat rising from the fireplace won’t damage the TV. Once the mantle is secured in place, it would be best for the health of your device to stay on the safe side. In this case, the safe side is at least eight inches from the top of the mantel.

You can even build an alcove for the TV to further ensure that there is no heat damage, but it is not absolutely required. Before beginning such a project, temporarily mount the TV so you can get a feel for the picture in conjunction with the fireplace.

Mounting a TV Above the Electric Fireplace 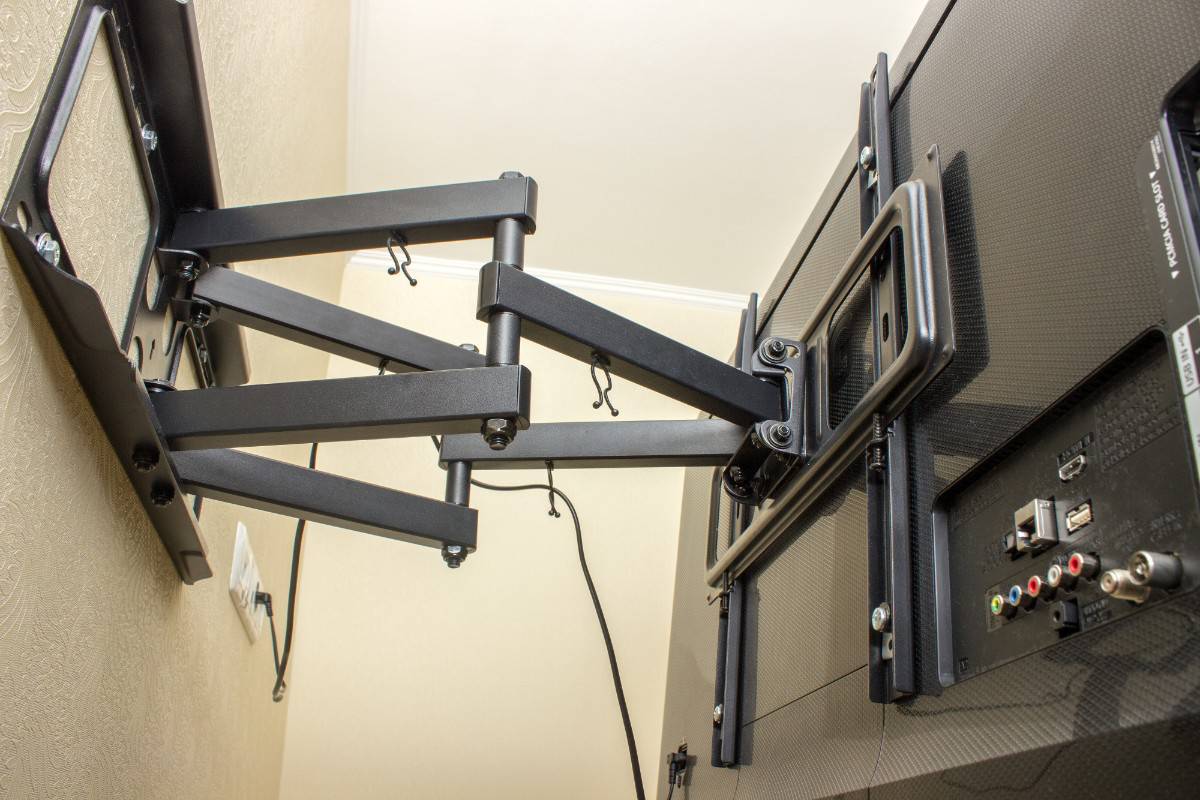 The same idea applies if you are mounting the TV high up on the wall. A wall mount that gives you the ability to slant it downward would be necessary for functionality.

Whichever mount suits the situation best, the TV won’t be flat against the surface but will stick out a bit. This gives the mount leverage for flexibility to pivot. That way, you can position it to face wherever it needs to.

Next, you need to find the position of the wall studs in order to hang the TV. You can purchase a stud finder at most hardware stores and even some department stores. Slide the stud finder along the wall until the device notifies you otherwise.

Then mark it with a pencil and move on. After locating each stud and marking its location, you’ll want to screw the mount into the studs. Lastly, simply hook the mount from the TV to the mount on the wall.

Where to Place Television Accessories 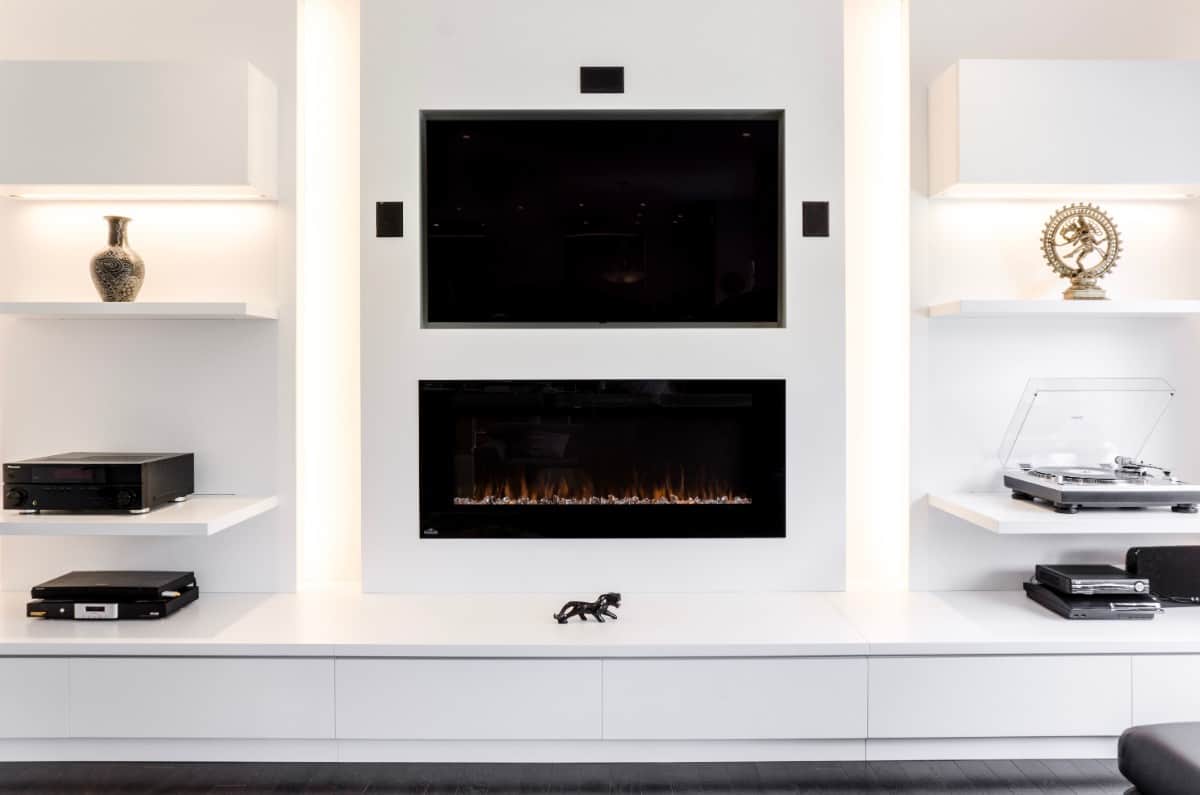 When choosing a mantle, take into consideration what electronic devices you’ll want to run through your TV. A cable box, game system, or sound bar should have no problem being placed on the mantle below the television. As for the cables, wrap them up as much as possible.

The fewer dangling parts, the better. Only the length needed to run to the television and electric outlet is what’s needed; everything else can be bound with a twist tie.

It’s best to clamp them to the side of the television, when possible, as opposed to the fireplace. There might be quite a bit of cord around, so that’s something to plan for. That way, any excessive heat can be avoided, and it’ll have a better aesthetic.

Feel free to use your creative license to find less obvious ways to keep them out of sight. If you need more ideas, there are several videos on YouTube that go into more detail about the installation.

Does the back of an electric fireplace get hot?

Not hot, exactly. Technically, any electronic device will warm up during use. Take a laptop, for example. They come with fans to keep them from overheating.

Even an electric toothbrush can get warm at the base. As Fireplace Universe explains, “The back of an electric fireplace may get warm during operation. This is a result of the electrical components inside giving off small amounts of heat.

But the back of an electric fireplace is unlikely to get hot.” So, there’s no reason to fear burnout or heat being problematic for a TV.

Will it harm a TV to leave the electric fireplace on all night?

While the catastrophic loss is highly unlikely with an electric fireplace, it’s not a great idea to keep it on all night. Magik Flame tells us why, “If the product is plugged into an outlet or uses an extension cord, leaving it on all night may present a fire danger.”

Have a problem remembering to turn it off? Look into a unit with auto settings.

Can an electric fireplace go above a TV?

Since electric fireplaces have the ability to be mounted and small, it is possible to place a fireplace higher up on a wall. If you need a TV lower to the ground, or if you’re just concerned about little or furry hands touching the fireplace, there are options. It would take proper planning, but, just like in reverse, spacing and a mantel would be involved.