A Manhattan apartment once owned by opera star Luciano Pavarotti is for sale, but it probably won't be on the market for long. The 2,000-square-foot home features seven rooms, including a large dressing room connected to the primary bedroom. Discover why this is such a sought-after piece of real estate. 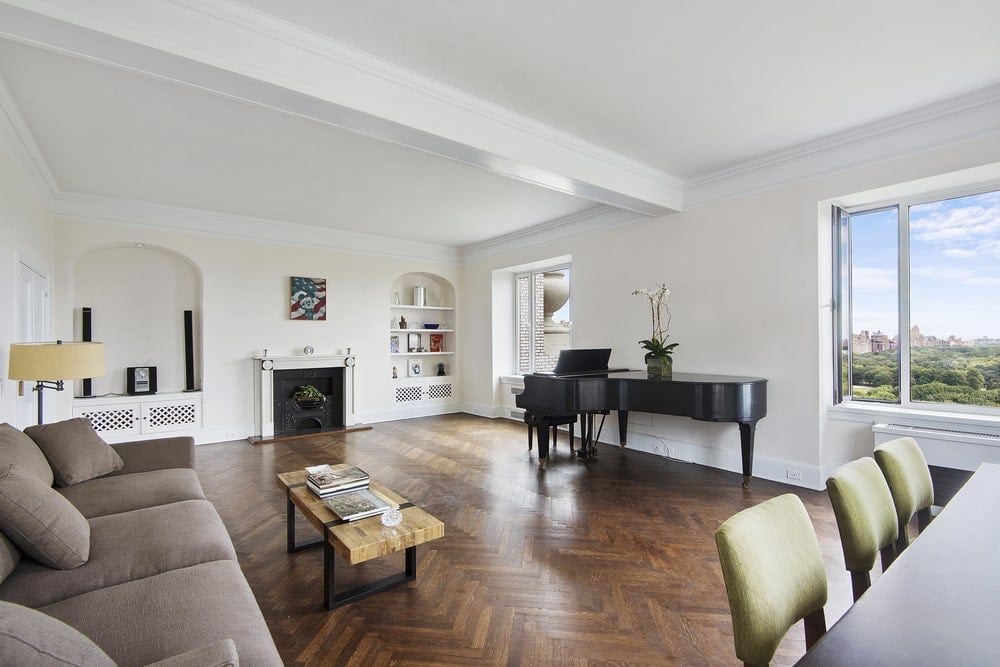 Scroll through advertisements of residential real estate in Manhattan, NY, and you’ll see a listing for the late musician Luciano Pavarotti’s apartment overlooking Central Park.  It’s on the market for $13.7 million.  Because of its location, it’s considered prime real estate.

The flat Pavarotti called “home” in his later years is one of several he owned, both in his native Italy and the United States.  In fact, he had purchased two other apartments in the same Manhattan building, but he used those as living quarters for his staff.  This pad, said to be his favorite New York dwelling, is located in the historic Hampshire House, a pre-war co-op building constructed in 1931. 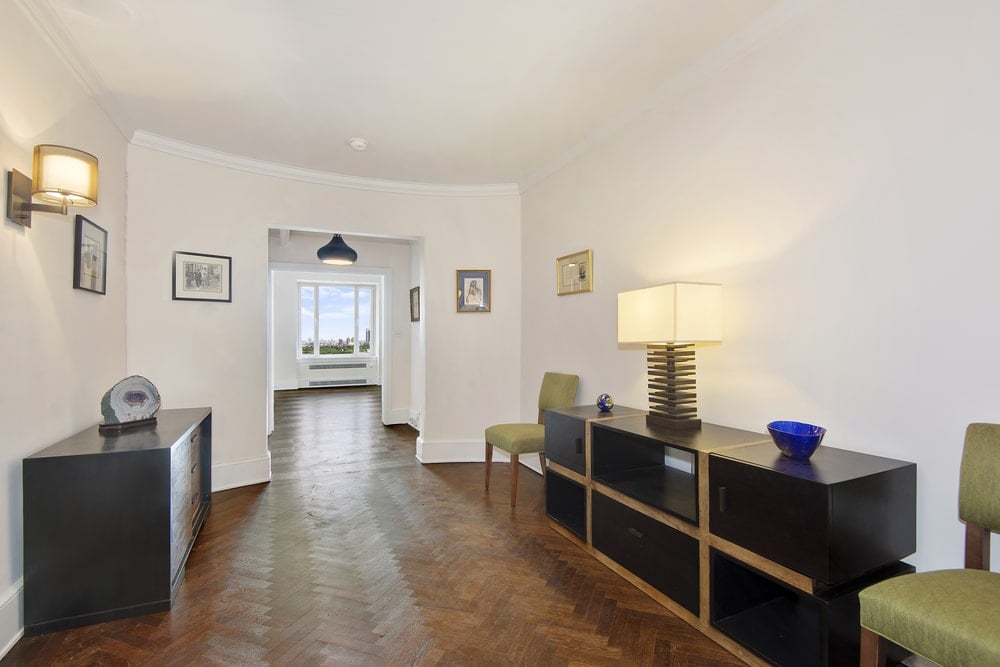 This is the foyer with waist-high black cabinets that stand out against the light beige walls. Image courtesy of Toptenrealestatedeals.com. 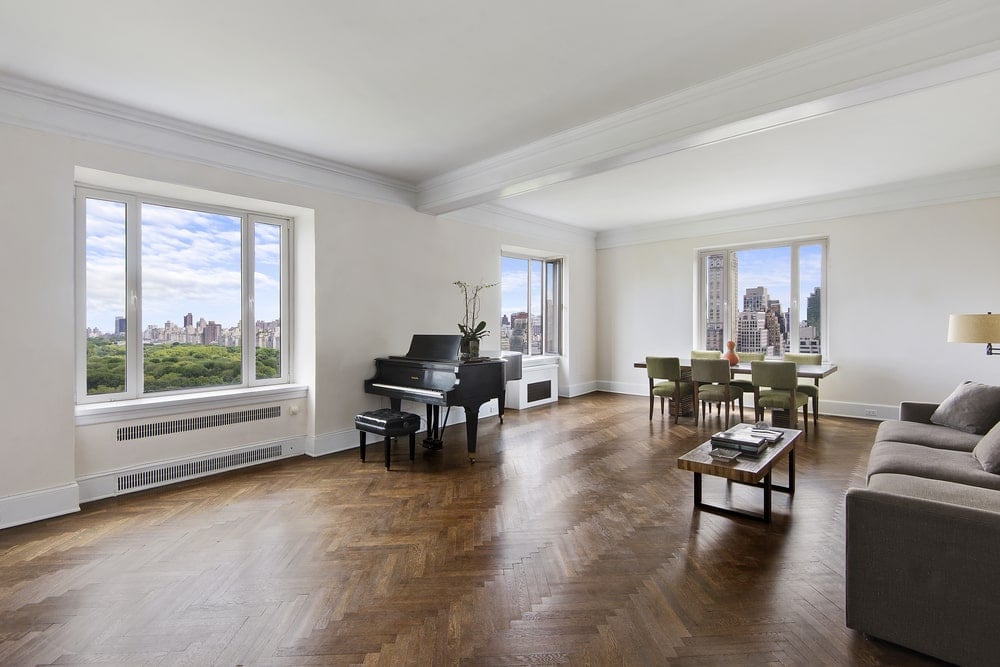 This is a look at the great room from the vantage of the fireplace. Here you can see the dining area at the far end and the coffee table across from the piano. Image courtesy of Toptenrealestatedeals.com. 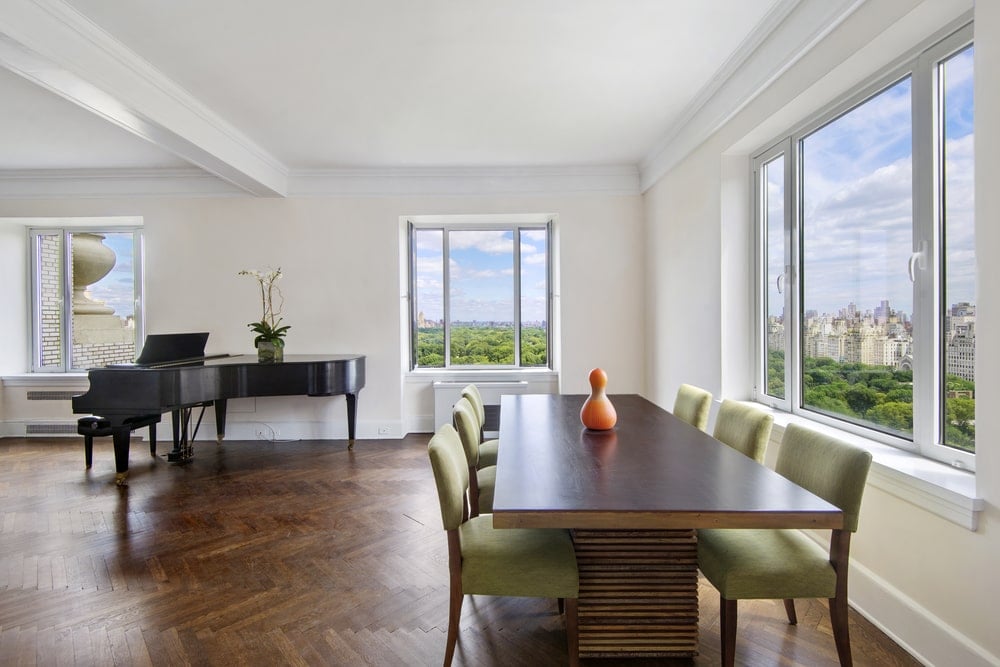 This is a closer look at the dining area of the great room. It has a rectangular wooden dining table surrounded green cushioned chairs by the wide windows. Image courtesy of Toptenrealestatedeals.com. 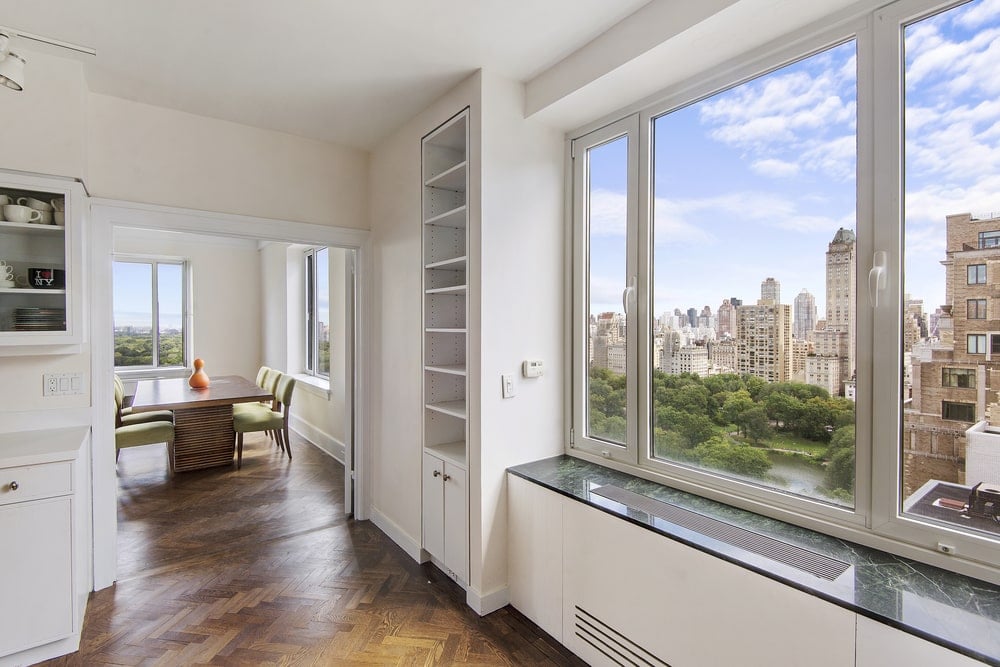 A few steps from the dining area of the great room is the entryway to the kitchen with white cabinetry complemented by the hardwood flooring. Image courtesy of Toptenrealestatedeals.com. 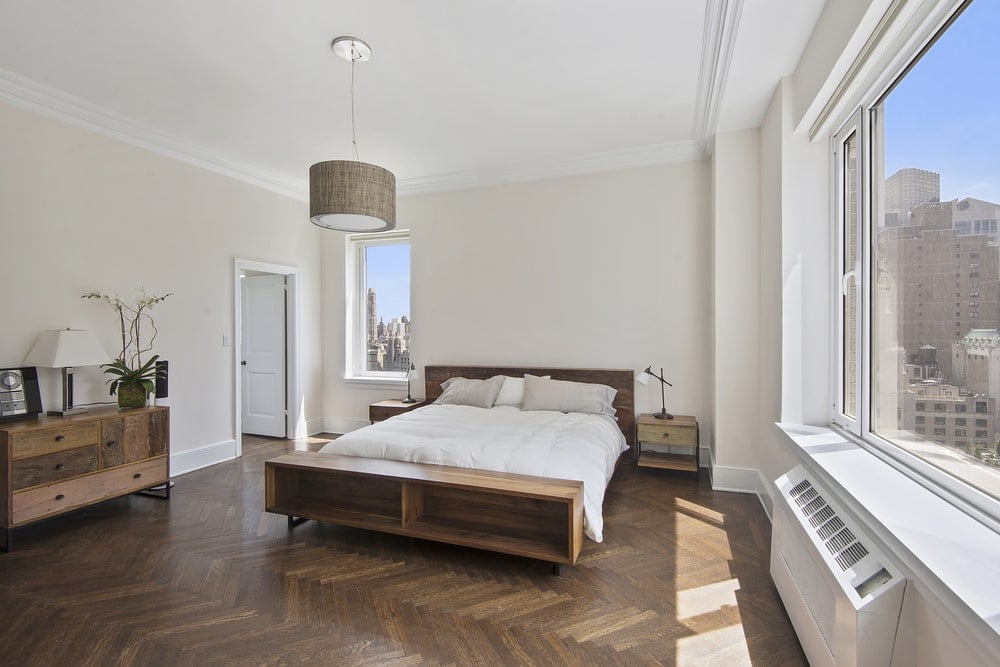 This bedroom has a wooden sleigh bed that matches the wooden dresser on the side. Image courtesy of Toptenrealestatedeals.com. 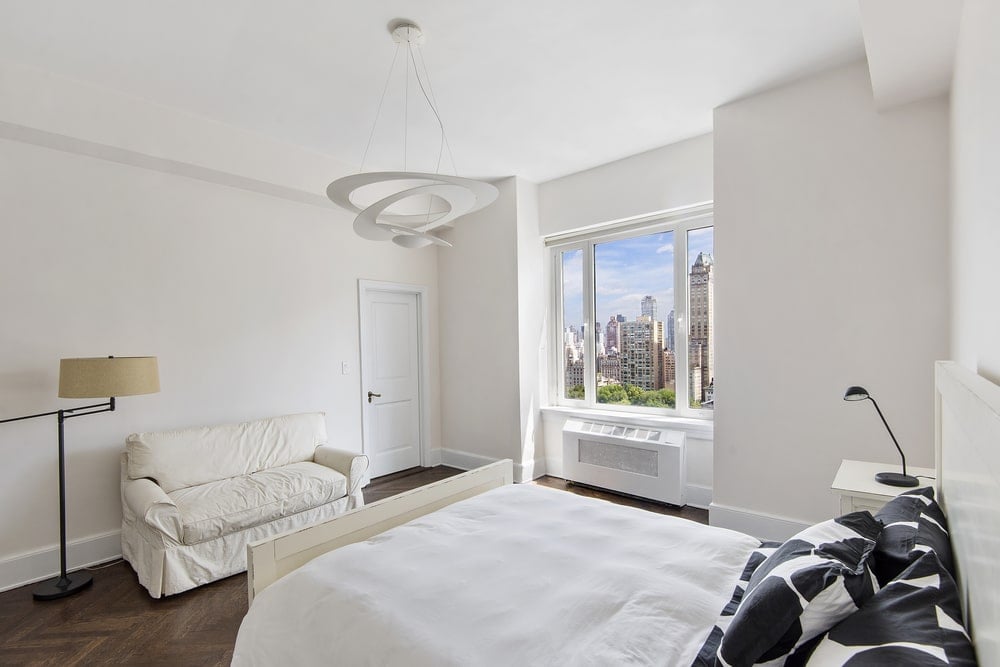 This other bedroom has a beige couch at the foot of the bed that is topped with a white decorative lighting. Image courtesy of Toptenrealestatedeals.com.

This grand abode looks a lot like it did when the beloved singer bought it 30 years ago.  Imagine that you’re spending a few days in the Big Apple and actually get to tour Pavarotti’s home before someone claims it.

After entering the building and greeting the doorperson, you head for the elevators.  This is one of those instances when you probably don’t want to take the stairs — the apartment is on the 23rd floor.

The home spans 2,000 square feet, an impressive size for an apartment in the heart of America’s largest city.  Seven rooms are carved out of its floor plan.  You’ll find hardwood floors throughout, 10.5-foot-high beamed ceilings, and wide windows everywhere.  The home opens onto a wide foyer with beige walls and dark cabinets.  Natural light pours in from the adjoining room, inviting you to come inside.

Next, you’ll find the great room, a spot that lives up to its name, with large windows, lots of open space, and a fireplace.  This room is large enough to accommodate a living and dining area, with plenty of open floor space to spare.  Pavarotti’s piano has a special spot between two windows facing the park.  This is where he entertained many of his friends in the music industry.  After laying eyes on this room, I wish I could have been one of his guests.

The great room leads into the cheerful kitchen, which is decked out with recently updated appliances.  White cabinets contrast well with the wood floor, and large windows welcome plenty of light.

The apartment boasts two ensuite bedrooms and two baths.  Both bedrooms are spacious, but one is furnished not only with a bed but also a couch.  What I really like about the primary bedroom is that it comes with a dressing room.  If you didn’t want to use it for that purpose, you could probably convert it into extra closet space or some kind of bonus room.

Born in 1935, Luciano Pavarotti, a member of The Three Tenors, didn’t start out as a musician.  He considered a career in football and worked briefly as a teacher before becoming an opera singer.  Later in his life, he switched to singing pop.  His voice earned him a worldwide reputation, giving him the moniker “King of the High C’s.