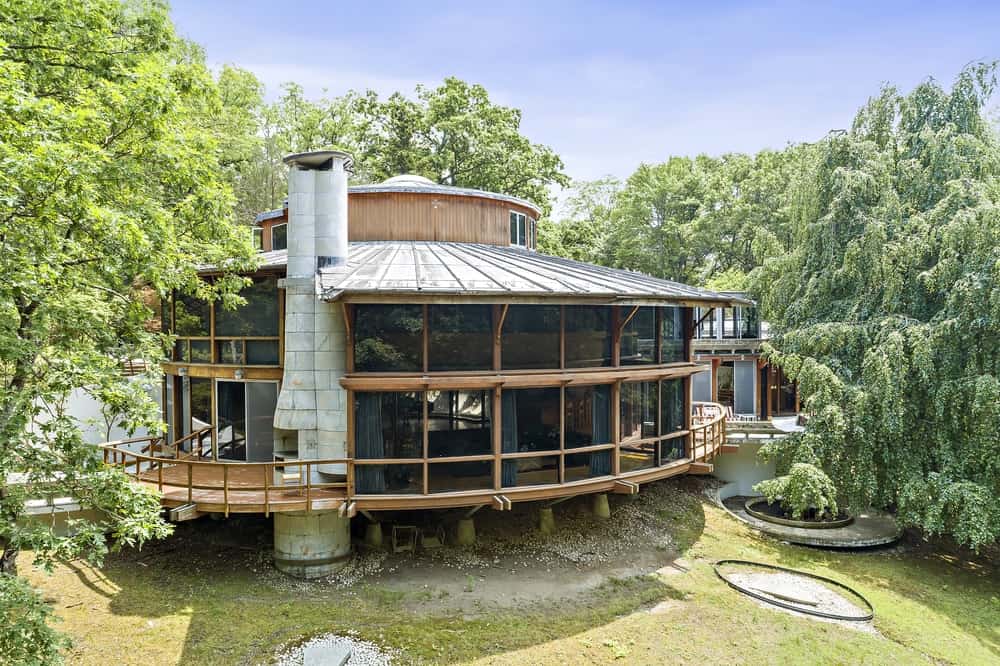 Just when you think you know someone, they turn out to live in a UFO shaped house! Jackie Gleason is one such character. The king of stage, screen, and everything in between might, after all, have had a technological notion of how to finally send Alice to the moon.

Jackie Gleason was a titan of the stage and screen, a primary of comedic timing, and a comedic writer of stage plays and teleplays with nary an equal. He was the star of the famous TV sitcom, The Honeymooners. His distinctive comedic style influenced actors, writers, and comedians for decades- and still does to this day.

Gleason’s reign of laughter lasted through the 1950s and early 1960s. During that time, as has been the case since then, there have been numerous UFO sightings by pilots and civilians and even government authorities have claimed to know that strange craft do indeed navigate our skies. Gleason was one of many to become intrigued with the sightings and the breathless testimony of those who claimed to come into contact with these things.

Based on his UFO fascination, Gleason had a house built which is circular in shape and was inspired by stories that the comedian had heard about the design and proportions of craft that had purportedly been acquired by the US military.

The house itself was completed in 1950, having taken some years to complete. The main structure and the guest house encompass 7,450 square feet, and the main building was named “The Mother Ship” by Gleason. The house was sold relatively recently for $12 million after having been on the market for some time.

Just outside the home, there’s an in-ground swimming pool with some peculiar contours, but there’s nothing terribly unusual about it. The setting of the pool area is lovely with a rocky embankment climbing up toward the house. It almost feels like a hidden swimming hole one might find deep in a wooded area.

Stepping into “The Mother Ship,” however, is an altogether different experience. One might almost get the feeling of walking into the set of a Dr. Who episode.

The house is, indeed circular. The kitchen range and cabinets are curved along the outer edge of the house in a manner that is rare to totally unique when it comes to kitchen layouts.

On the second level, the primary living room is a circular area in and off to one side of the massive rotunda. At the apex of the house, the top floor, a cylindrical wood-burning stove stands in the center, and comfortable seating is arranged all around it. It’s a very sensible setup, actually. It is reminiscent in form to a Native American smoking hut.

Throughout the home, the ceiling beams radiate out from the central point like spokes on a wheel. If one were prone to drinking, the potential spinning sensation could easily become overwhelming in this place. It is a monument to eccentricity, and a surprise- to be sure- as the product of the mind of a comedian and not that of a science fiction writer.