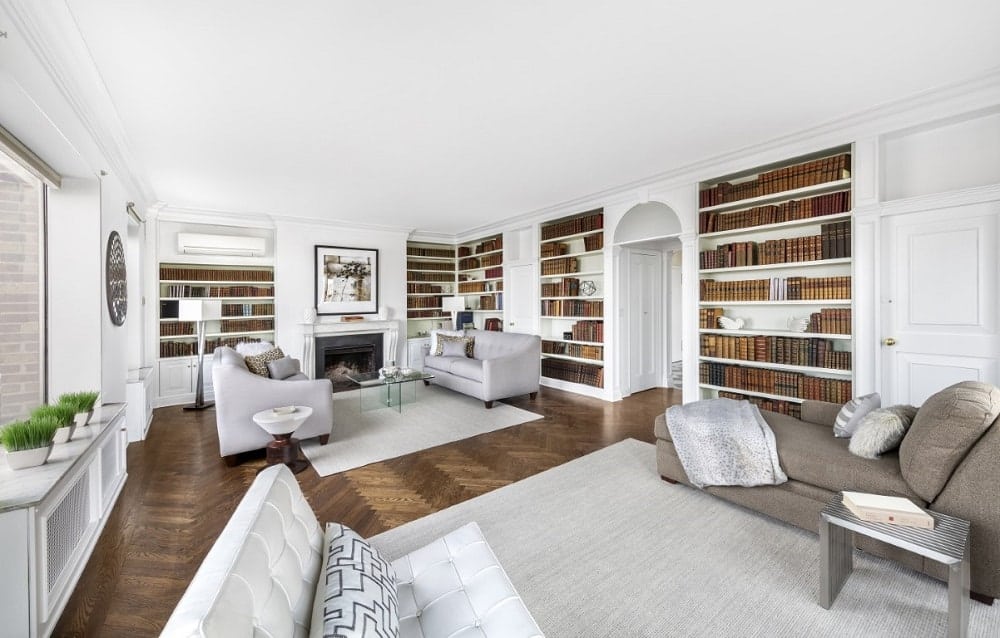 I knew about Irving Berlin and decided to write about his popular music primarypieces from a fly on the wall perspective. Not just any wall but the wall in his penthouse apartment in New York City where he wrote White Christmas.

The penthouse perspective is an excellent way to know the musician and the amenities of the man while he is drinking a frothy cappuccino penning his song Let’s Have Another Cup Of Coffee spilling over the keyboard.

Mr. Berlin was America’s memory maker that brought to life all those fantasy-filled feelings of a post-WWII ill-defined American culture but defined the culture through his music. He outlined a romantic but a practical version of the American Dream through songs with uncomplicated words and melodies easily sung by the parents of baby boomers.

Berlin and his wife Illin lived the life of vintage  Hollywood aristocrats as seen by their glamorous pre-war 8,771 square foot New York City’s duplex penthouse located in Manhattan designed by Emory Roth and constructed in 1929, which overlooks the east river as seen from every room of the lower level that has an ample wraparound terrace on three sides of the building, is on the 16th floor of the 16th story building. Berlin and his wife bought their penthouse in 1931 when he was 43, and they lived there for the next 13 years. The penthouse is located at 130 East End Avenue in Yorkville, New York City. The penthouse, a co-op. is now on the market, at a reduced price of $3.995 million.

Emery Roth was New York City’s prominent architect of pre-war apartment buildings. Roth, an American architect, designed many New York City hotels and apartment buildings of the 1920s and 1930s. As compared to Roth’s designs for building exteriors, most architects’ building designs for exteriors were considered understated and conservative while Roth’s design specialty was Beaux-Arts and Art Deco. Thus, the exteriors of Roth’s buildings were deemed to be flamboyant. A top residential building designed by Roth in New York City is the Ritz Tower on Park Avenue.

Irving Berlin’s penthouse has a bird’s eye dizzying view of the sky and the city, which beckons you to step off into Alfred Hitchcock’s Vertigo. Just below the large windows and a landscaped terrace that surround three sides of the penthouse’s lower level are Carl Schurz Park, the East River, and New York City bridges.

The amenities of the penthouse include:

If you are walking through the penthouse ready to make an offer to purchase listen to the soft music of Berlin’s songs with simple words and uncomplicated melodies such as.