If you like things simple but classic, then few home styles will deliver as much as the Georgian home with its style combining ancient looks with beautiful 18th century materials. Continue reading to learn about this historic architectural style, its unique features, and the best decorative styles for it. 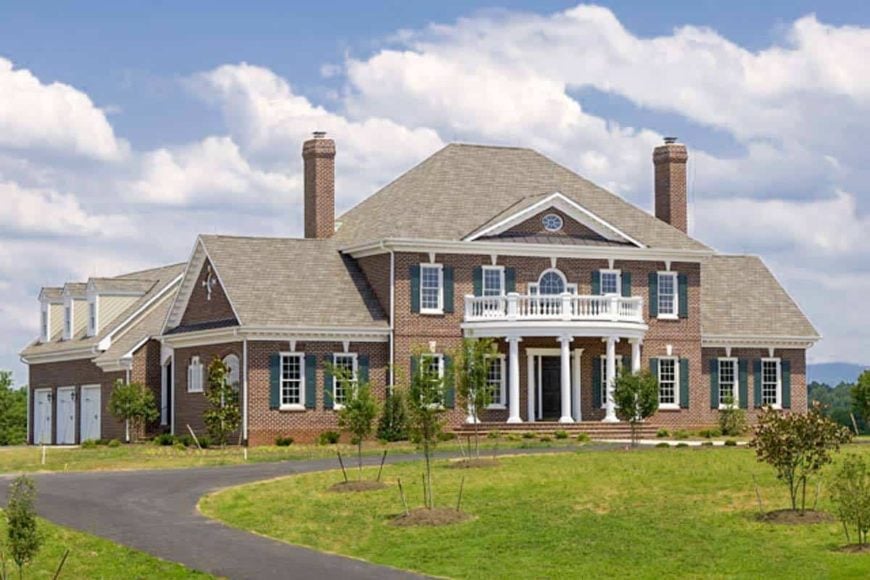 Let’s figure out what exactly is meant by Georgian style architecture. The above-featured image is a poster-child Georgian home as we know them in the US… symmetrical, red brick (not all have red brick mind you), imposing.

What is Georgian Style?

Georgian style, or Georgian architecture is a regal style that takes its name from being the most popular architectural style between 1714 and 1830, a time period during which the first four British monarchs ruled. Those British monarchs, as one might guess, were all named George and were from the same family, the House of Hanover — George I, George II, George III, and George IV.

In 1776, the United States may have rebelled from being under the political throes of the third King George, but the architectural style, noted significantly for its symmetry and proportion, endured for several more decades. This style is heavily influenced by mathematical symmetry with design accents that harken back to ancient Rome and Greece.

Georgian style architectural can be sparsely found in the United Kingdom and Canada, but it was most ubiquitous in the thirteen original colonies. Unfortunately, stellar examples in popular cities like Boston and Washington DC were replaced as areas that were increasingly urbanized, but you can still find beautiful examples in the suburban communities outside of those cities.

Check out our collection of Georgian floor plans, exteriors and interiors for many examples.

Like most aspects of Georgian, symmetry and order is the name of the game. It starts with the floor plan layout. Here’s an example (the floor plan of the above-featured home). 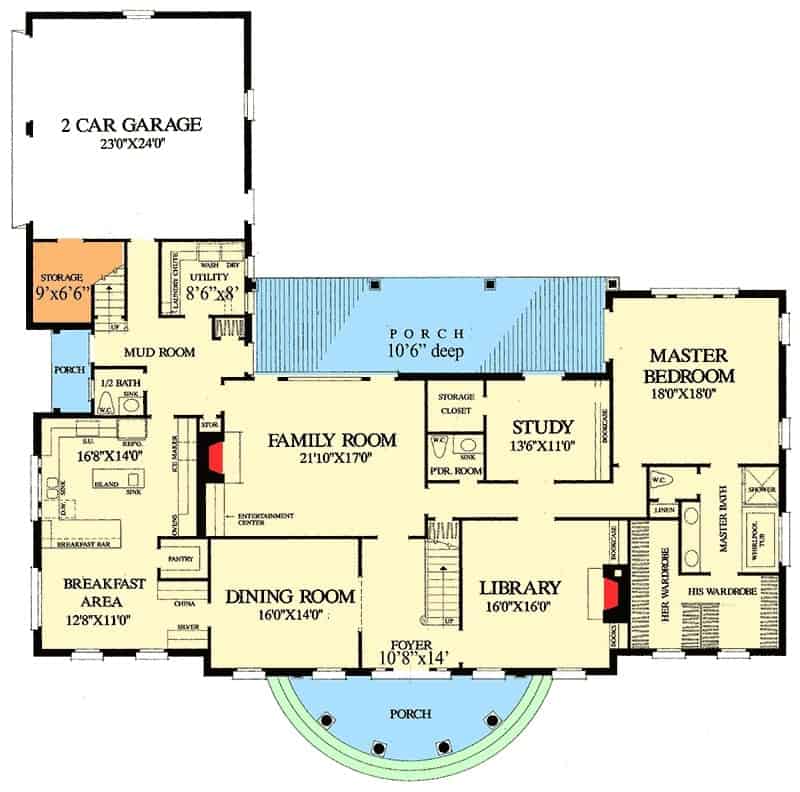 Room sets considered together as a whole. 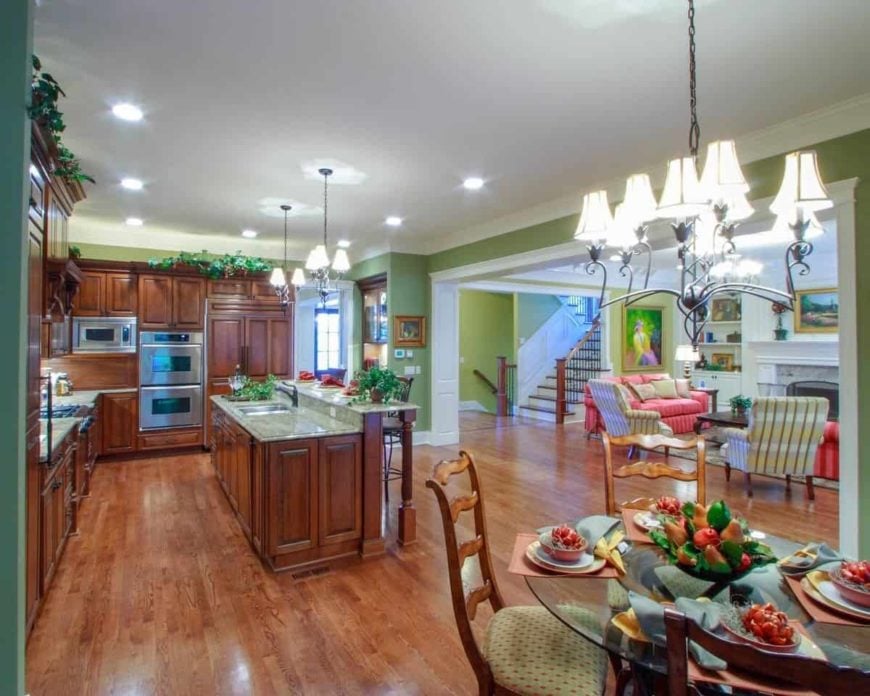 The Georgian style is very much about rule and order and as such, all room sets, in other words, all of the rooms within the building, are considered as one flowing unit. This means that all skirting boards, fireplaces, doors, ceiling details, and architraves are designed together to have clearly related shapes that flow from one room into the other. 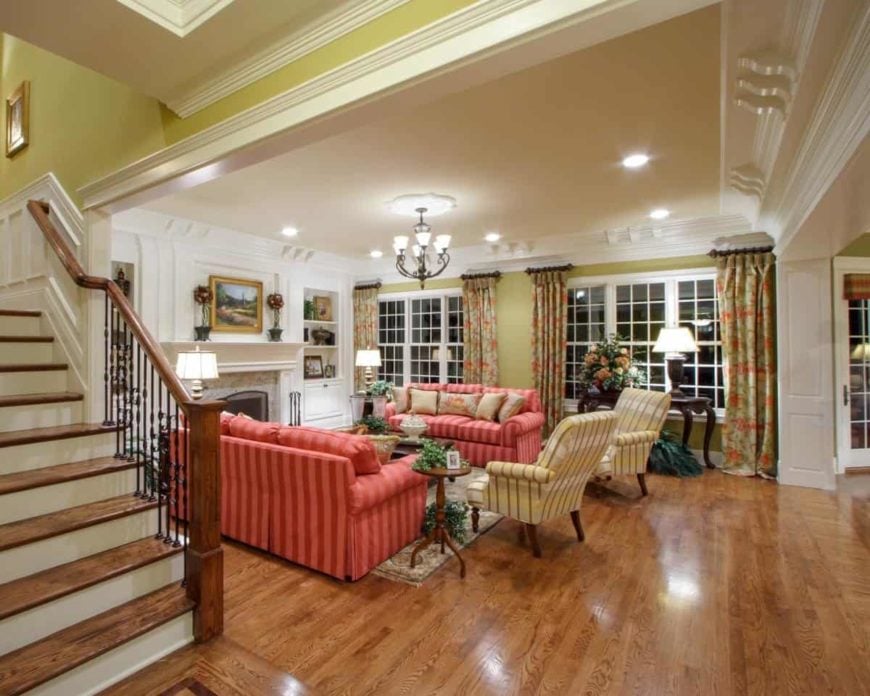 High ceilings. One of the first things you will notice when you step inside a Georgian home is just how high the ceilings are. At least when it comes to the first floor. The whole structure of the Georgian home is built to be nicely ratio-ed, but those large classical Roman buildings were a big inspiration to Georgian architects and builders. As such, the compromise they made was to create an upstairs-downstairs divide in which the rooms on the ground floor would have high ceilings that were taken from space on the upstairs floors which would have lower ceilings. In addition to that Roman-inspiration, the higher ceilings were thought to likewise project high wealth and status. 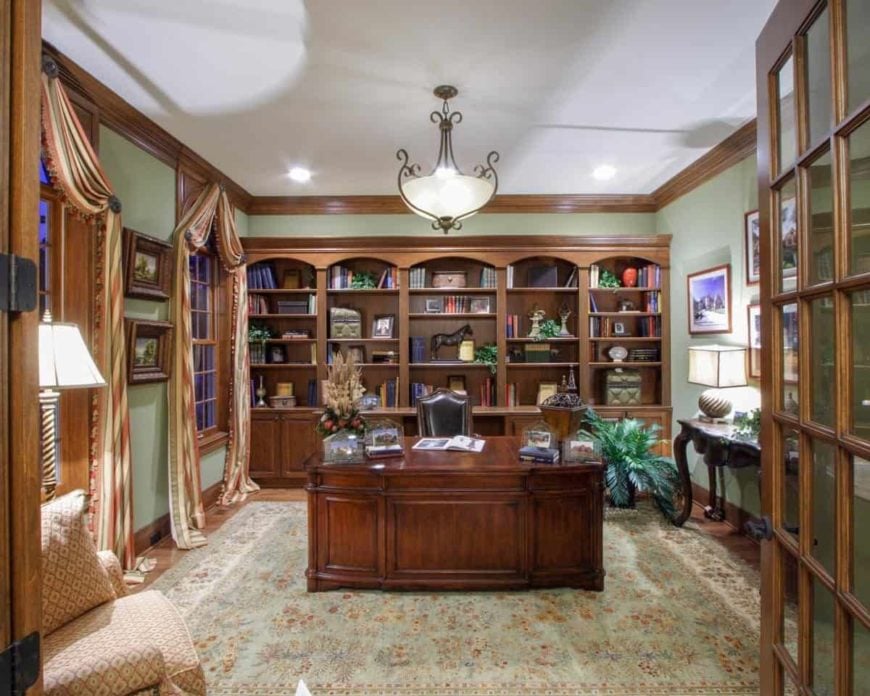 This is really an interior/exterior feature, but what makes sash windows special is how they operate from the inside. Sash windows utilize a mechanism of weights and pulleys in order to slide up and down. Georgian homes also featured and popularized the use of internal shutters and curtains to promote privacy and to better keep heat in. Each sash windows was likewise multi-paned and consisted of between 6 to 20 panes.

Simple interiors. Inside the Georgian home, things are subtle and unobtrusive. For example, moldings would typically feature intricate curves and joining but not be so ostentatious that they would draw the eye upon entering. Wallpapers tended to feature simple patterns and where painted, soft, understated colors like sky grays and pea greens were used.

Structural symmetry. Symmetric order is the most defining characteristic of Georgian homes. The vast majority of buildings in this architectural style are two stories high, two rooms deep, and symmetric order of the rooms on the one side with those on the right. There are some Georgian homes that are only one story or as much as three stories but they tend to be found more outside of the United States. 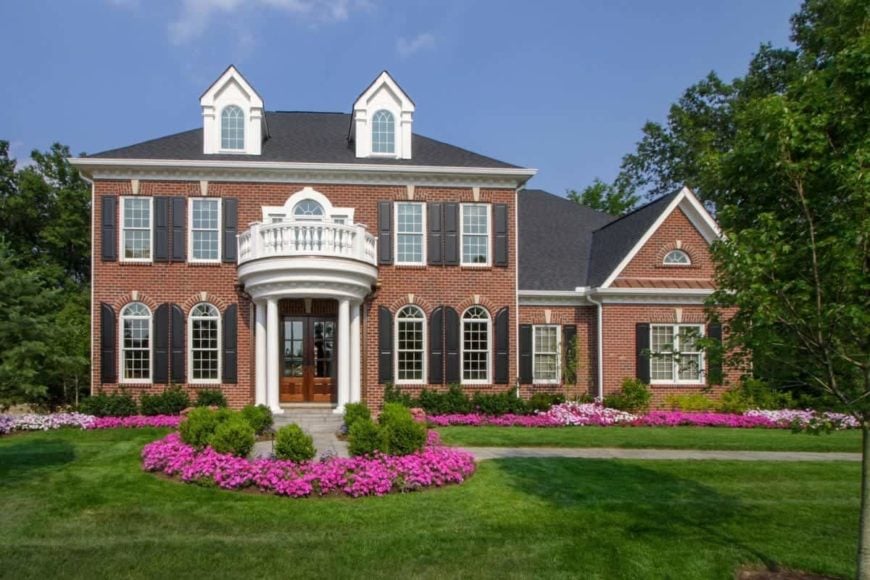 Shallow-pitched roofs that are either side-gabled or hipped. One of the best ways to identify a Georgian home from the outside is by the roof. Georgian homes will have a very shallow-pitched roof with two pitches often surrounded by a parapet. When standing in front of the home and looking up, it might even appear as though there was no roof at all. Roofs, however, is another external design element that may differ based on country as British and French homes of this tyle tend to have a much steeper pitch to allow for those aforementioned third floors.

Stone or brick walls. Bricks were by far and large the most popular type of building material for Georgian homes and other buildings, but there are also some excellent versions that are comprised of stone.

Transom window over a paneled front door. There is no front porch or similar outdoor greeting area at the front door. Instead, the door of a Georgian home is simple but paneled with a transom window above it. In line with that Roman inspiration, Georgian homes typically also have pediment or crown and pilasters abutting the front entryway.

Chandeliers. While electricity wasn’t quite available when Georgian homes were being constructed, second-generation owners did live through the era in which in-home electricity really became popular and ubiquitous and thus with it too came grand chandeliers that nicely dispersed light to the cube-like room. 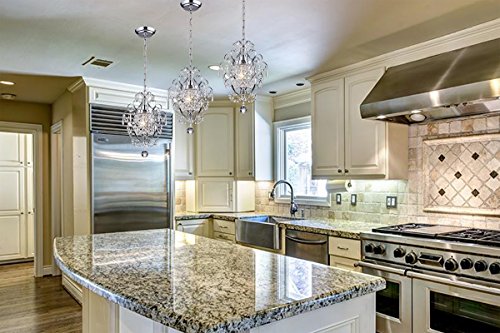 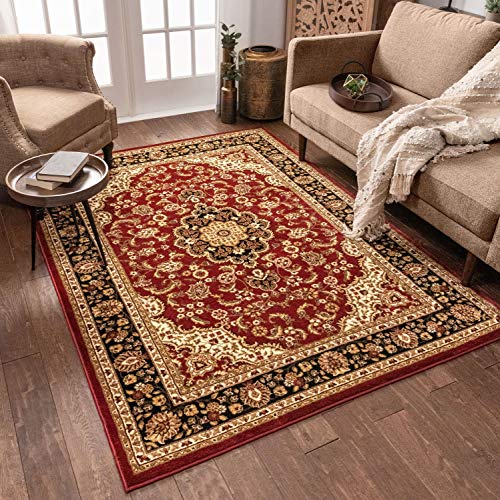 Chippendale furniture. Thomas Chippendale was the most famed furniture maker of this era and his designs were quickly bought up and most often included in Georgian homes. Chippendale pieces were typically designed from mahogany, walnut, maple, or cherry wood with an upholstered cushion at the seat. Chairs, tables, and other standing peace typically featured cabriole-style front legs that featured a ball and claw foot while the back legs were primarily straight. 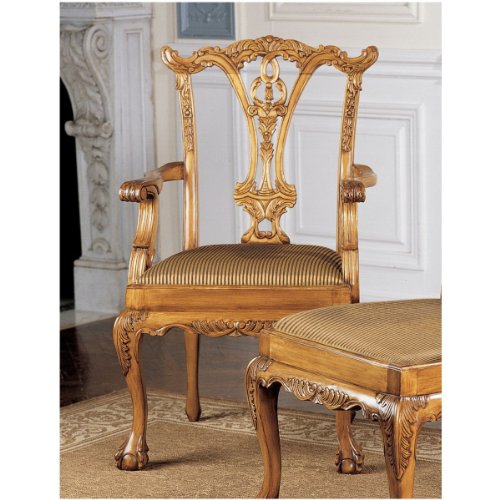 Make the walls a priority. While the walls and interior structure of the Georgian house were not built to be obnoxiously obvious, they are a major part of the overall look and feel of the architectural style. Simplicity is queen here. Some versions of the style will have the wall area divided into three sections: the bottom with wood-paneling, the center which is the main part of the wall, and the top part which consisted of a cornice, frieze, or picture rail. What you put on that center portion is important. Consider a soft paint or a simple but patterned wallpaper. 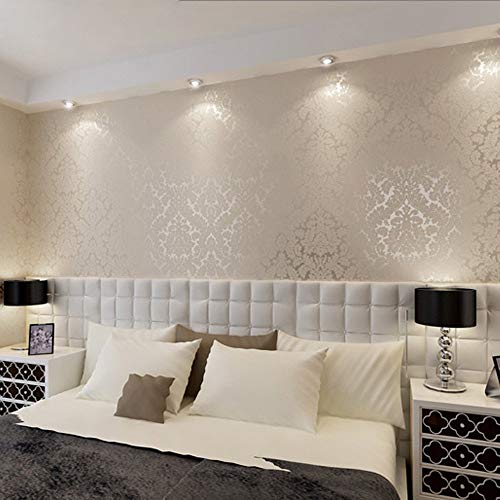 Let in the light and accentuate the windows. While later owners of the Georgian home did benefit from electricity, the Georgian home was designed to have (when it wasn’t built as a row-house) windows on two sides of each room. Architects wanted a focus on natural light and so to design in accordance with Georgian decor, you want to really play up those windows and allow the light in. Consider adding those interior shutters if you haven’t already, switching to sash windows, and/or incorporating long interior drapes that will really showcase the tall height of the Georgian sash window. 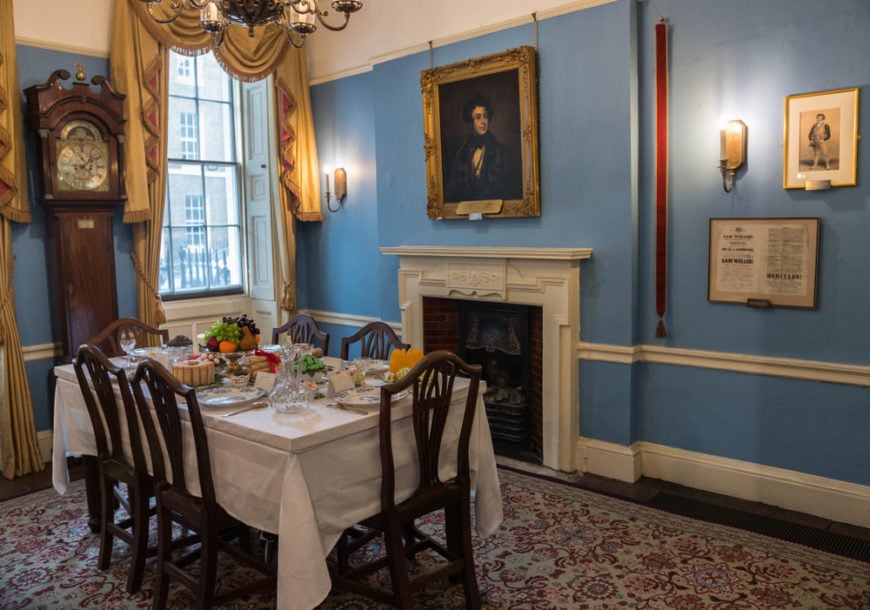 Go for regal, wooden furnishings. Wooden furniture with the claw and ball foot were all the rage during this style’s era and many Georgian home were outfitted with locally sourced wooden furnishings, such as those offered by the growing Chippendale company. While authentic Georgian furniture is understandably expensive, there are plenty of commercially produced options available for most any budget. 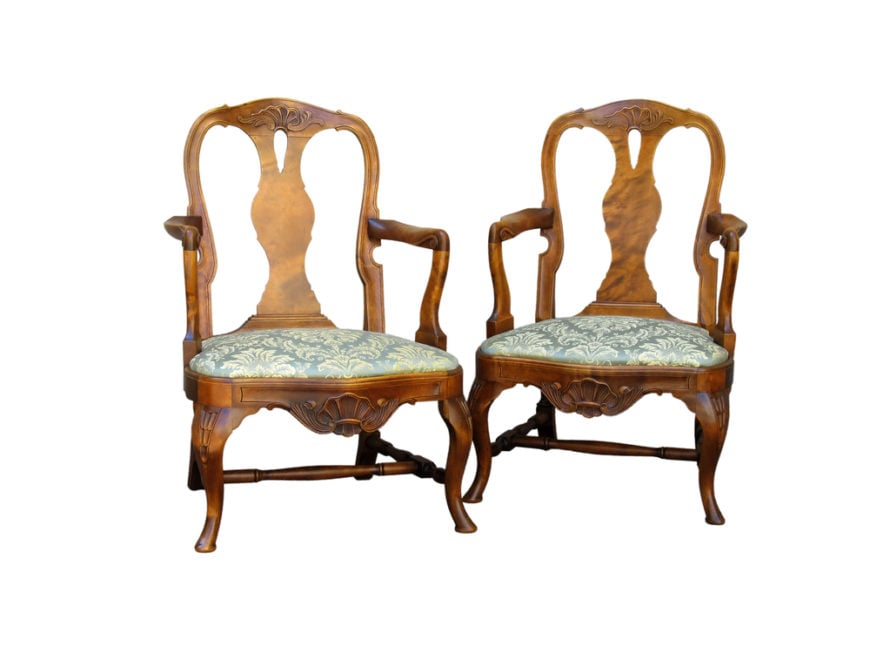 Styles that Mix Well With It

The Georgian architectural style came at a time when people were finding new appreciation in the ancient works of Rome and Greece. It’s from this type of inspiration that you’ll see the large emphasis on space as well as columns and decorative accents so valued in Georgian architecture.

It’s also no coincidence that the era of Georgian architectural style (roughly 1714 and 1830) so nicely lines up with the Age of Enlightenment (1715 to 1789). This was a period in which people were looking back at antiquity but also investing forward in improvements of mind, machinery, and measurement. The golden ratio so emphasized in the Georgian architectural style.

When it comes to Georgian decor, well, if you love meticulously crafted wooden furnishing in your home, then you’ll love the type of pieces that were made and highlighted by Georgian style. This was a period of true craftsmanship by the likes of Chippendale, Ince and Mayhew, and many others.

The increase of upward mobility and the booming trade years meant that more people than ever before in history were considered middle-class and thereby able to spend money on furnishings and goods that were previously only available to the wealthiest members of society.

In addition to that hand-crafted wooden furniture, one might love the inclusion of trade items like ornate Oriental rugs and Chinese vases. In truth, true Georgian decor nicely mixed several different cultures within one style and was certainly one of the first design styles to do so.

Why it Looks Great

One reason to fall in love with Georgian architecture and design has nothing to do with the style itself, but is rather all about the time in which it was embraced. The Georgian style was one that covered the entire reign of the four King Georges and so much happened during those reigns. This was the era of enlightenment but also one of revolution and trade that brought unprecedented changes in class, industry, and wealth. Many people are choosing to update Georgian homes and decorate in Georgian style because not only do they love the look, but they love how much this look represents that historical period of change, growth, and new opportunity.

That said, you don’t have to love history or be nostalgic to want to embrace the Georgian house and Georgian decor! From the outside, Georgian homes are stately and are sure to make an impression on every passerby with their red bricks, Roman-inspired entryway, and tall windows.

Inside, those tall windows equate to a home that feels very open, especially during sunny days in which light floods into every corner of the house. If you love natural light, then you’ll love how much this style of architecture is built to bring it in. The separate rooms of the Georgian architecture likewise give the home decorator plenty of room and options to give each space its own look and feel.