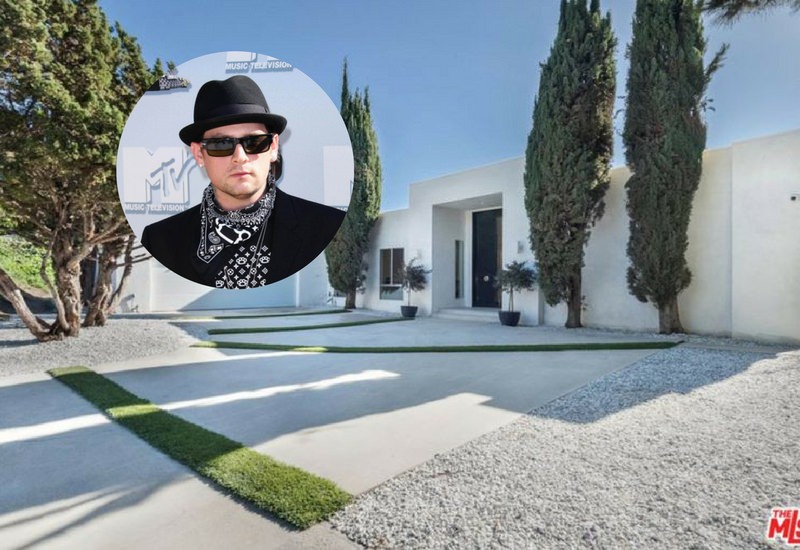 Check out this $2.87 million dollar home Benji Madden purchased. It's an awesome Midcentury modern home with poole and amazing views.

Best known for his work on chart toppers like “Lifestyles of the Rich and Famous” and “I Don’t Wanna Be in Love (Dance Floor Anthem),” Madden and the band have produced six hits that reached Billboards Top 100 charts.

In addition to being in the wildly popular band, Madden is well known as a tattoo artist and connoisseur himself. In 2015 he made headlines when he debuted a new skull tattoo (that would be a tattoo on his skull, of a skull) designed by artist-to-the-stars Scott Campbell, who charges up to $1,000 per hour for his work.

Benji and his brother Joel have also served as judges on the popular singing show “The Voice Australia since 2015. It’s currently unknown if they’ll be returning for the 2017 season.

Benji scored his new home back in February 2017 for $2.187 million. It features 2,483 square feet of living space in a four bedroom, four bathroom layout. The Mid-Century modern design blends with contemporary lines and finishes in this ultimate party house.

The home is a step up from his $1.495 million Nichols Canyon home that he sold in 2015, right as he and now wife Cameron Diaz tied the knot.

The new home was built in 1964 but has undergone a complete update. Nestled in a gated community, it combines luxury finishes with an open floor plan and a layout that compliments the indoor/outdoor aesthetic prevalent in California.

Wide windows bring in natural light, and high-end features like natural stone, a waterfall island in the kitchen, and a layout built for entertaining make the home a perfect fit for the musician.

Here you can take a visual tour of the modern property.

Here is a map of “Dona Drive” in Studio City, California.

While it pales in comparison to his new bride, Benji Madden’s net worth is $14 million according to CelebrityNetWorth.com