Discover the average size of a residential in-ground swimming pool with the help of our little guide including the amount of water needed to fill it, pool's water capacity and its depth, and the decking surrounding it. 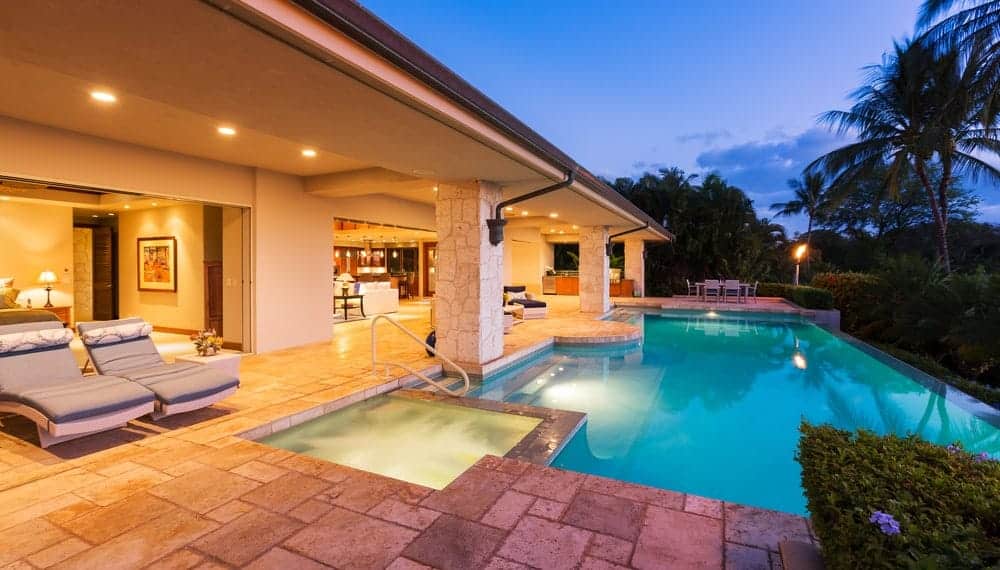 There’s an old joke told among accountants, lawyers and other professionals that when a client asks a question that they don’t know the answer to, the best answer to give is, “Well, that depends…” The answer is meaningless, of course, and it might bewilder the client, but it does give the professional time to find the right answer. This might also be the best answer when someone asks the average size of a residential in-ground swimming pool too. In fact, in the case of a swimming pool, it’s probably more apropos since “average” would be based on so many different factors, all important. 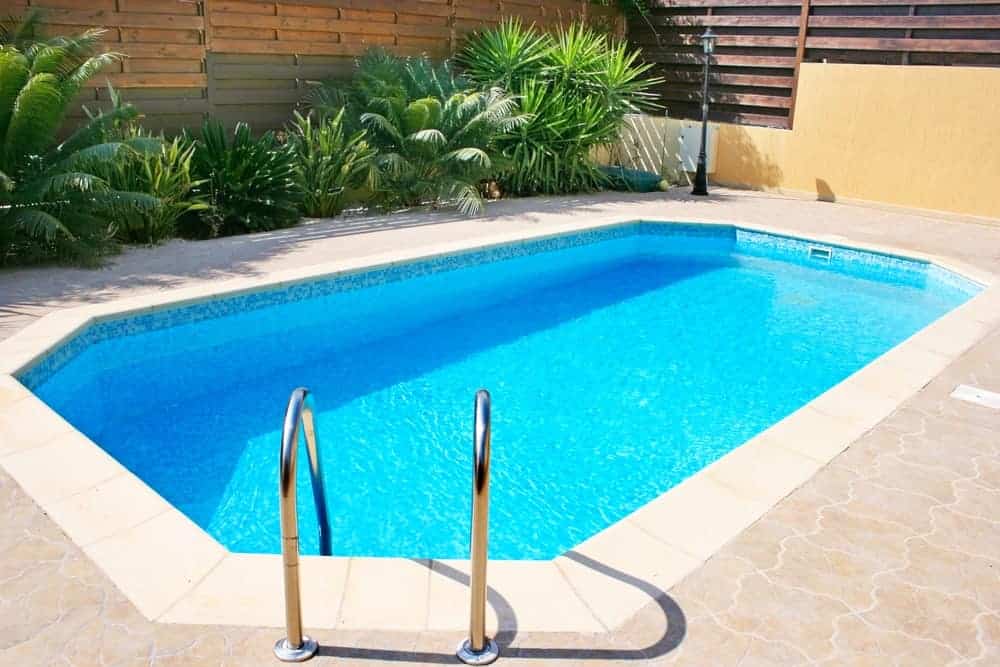 It should come as no surprise that depending on where construction is to take place, the price of that construction will differ considerably. For better or for worse, so will what the word “average” means. The truth is that average for nearly any construction project can mean virtually whatever you want it to mean, first among these is what the builder is paid to do. This should come as no surprise to anyone who has ever shopped for a new in-ground pool, a job that usually begins by selecting what you want from a contractor’s sample book.

Also influencing the “average” shape of a pool is the location. For areas where there is more room for an in-ground pool, pools are often much larger than areas such as, for example, a crowded metropolis such as Los Angeles, where space for a pool is often considerably smaller. As a result, when money isn’t an issue, the only thing that would hold an owner back is the size of the area to be filled.

Small, Medium, Large, and Much More 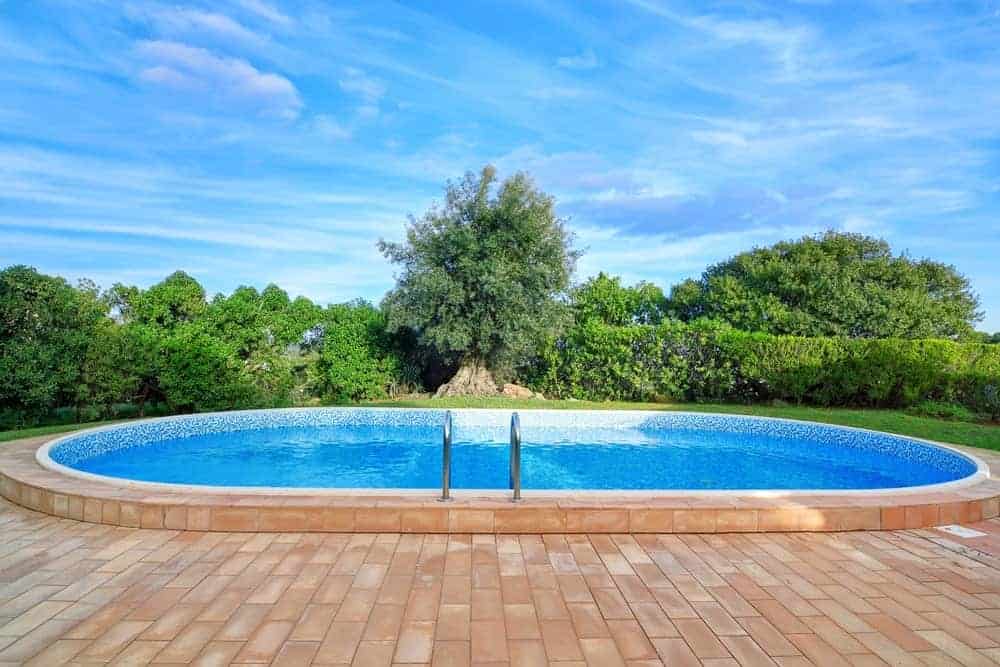 The truth is that pool contractors are amazingly adept at building pools wherever an owner wants one, regardless of the size wanted and the design. That said, the average size of a rectangular pool is 10 feet by 20 feet at the low end of the scale to 20 feet by 40 feet at the larger end. The primary dictate of a pool’s size is its intended use. For a pool that is intended for use primarily by children, the size would be significantly smaller than one designed for use primarily by adults. When a pool is intended for use by both adults and children a pool is usually larger, enabling the creation of a very shallow end for children. Institutional pools such as those at hotels, apartments, condominiums, and other similar places solve this problem by creating a smaller, separate pool for children.

Of primary concern when determining the average size of the pool you want is to first consider how many people you plan on having used it. A single person who has no one they invite over would not need the same size pool as that which would be required of a larger family who has a lot of friends they entertain on a frequent basis. And it never fails: as many people who say that they would never use a pool are usually the first to take a swim when the occasion—and the amount of booze—calls them.

Size is also an appropriate question to ask when considering a specialty pool, such as a traditional lap pool, which is often 10 feet wide by 50 feet long. Most lap pools are only about four to five feet deep, with the same depth running the entire length of the pool. If this is too much for your budget, it’s also possible to install a tethering system, which makes it possible to create a lap pool out of nearly any sized pool.

Another specialty pool that many homeowners consider is a therapy pool, which takes the form in most cases of a Jacuzzi or a spa pool. As small as these are normally, they do take up some room, either by themselves as a stand-alone, or as part of a traditional pool,  Of course, these pools are usually not very big, measuring 7’ 6” x 17’ 6” one-piece, and sometimes larger. 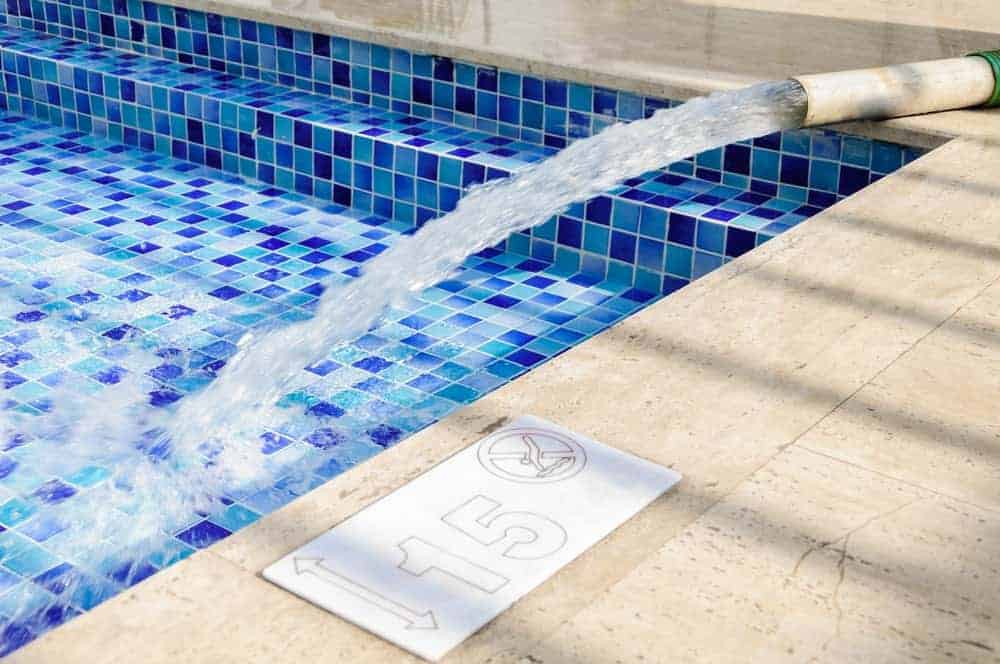 Another factor to consider when determining the size of a pool is the amount of water that will be needed to fill it, and another question, how much work and money will it take to maintain it? These are more questions that are good to consider the size of the pool since although a pool might be large by comparison, it might also be very shallow, which means that it won’t take nearly as much water to fill it compared to the same size pool that is deeper.

The larger a pool is, the more it costs to maintain. This is true in terms of not only the time and effort it takes to clean it from time to time, but if you have a filter and other automated machinery that operates 24/7, it will cost more to maintain a larger pool than a smaller one. And don’t forget periodic acid washing and other heavier maintenance issues. More costs more.

The bottom line when considering the size of a pool that you want is to consider all of these factors. Unfortunately, whenever most people talk about the size of the pool they want, they usually reply saying, “BIG!” the trouble is that most people don’t usually think much about what they are describing as “big.” On the other hand, also, nobody ever turned down the opportunity to use a swimming pool because it was just too small. 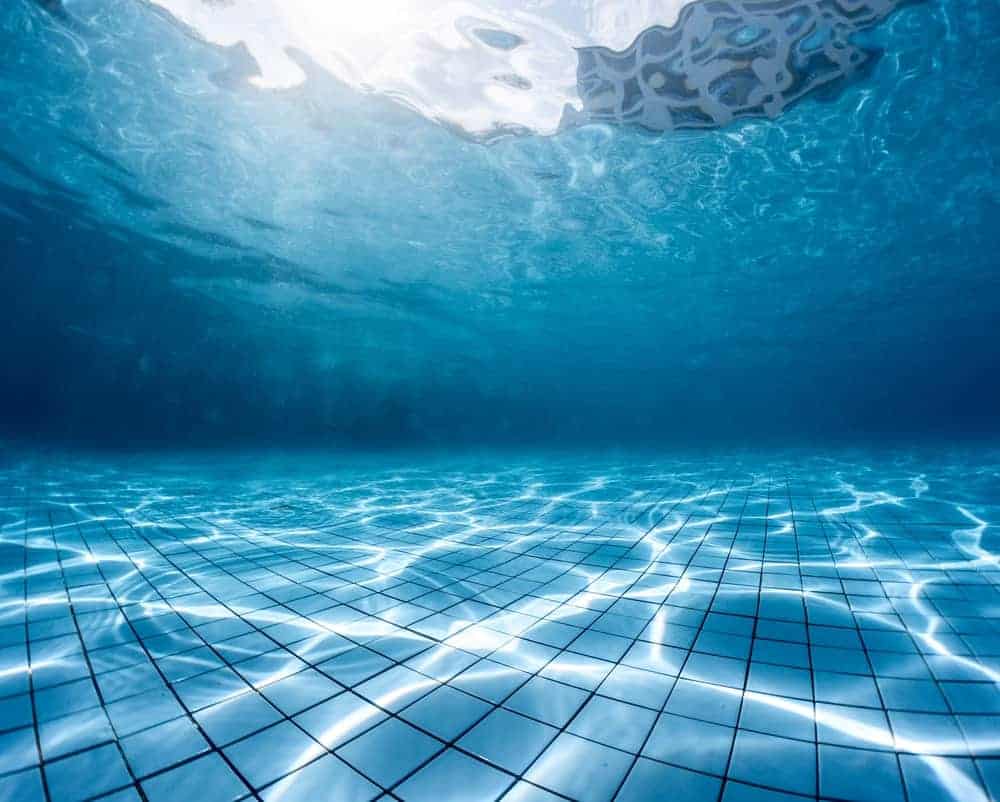 Another important question to consider when discussing the average size of an in-ground pool is its depth. The depth of a pool depends largely on who will be using it as well as what they will be using it for. Pools that are to be used primarily by children should have a shallow end with a depth no deeper than 3 feet. The depth of a pool that is intended for recreational use by both adults and children should have shallow depths at both ends and a middle that does not exceed 5 feet in depth. A pool that will be used primarily for swimming laps and other fitness uses should not exceed four or five feet in depth the entire length of the pool.

If you are planning to have a pool that will be used for diving, the pools used for diving must be much deeper in areas of the pool where diving is allowed. Minimum diving depths vary depending on the size of the pool and the type of diving equipment installed, requiring depths that generally range between 7 1/2 and 9 feet. It also matters that you have a diving board as opposed to allowing diving from the edge of your pool. The area under a diving board should be deeper than that allowed for edge diving. 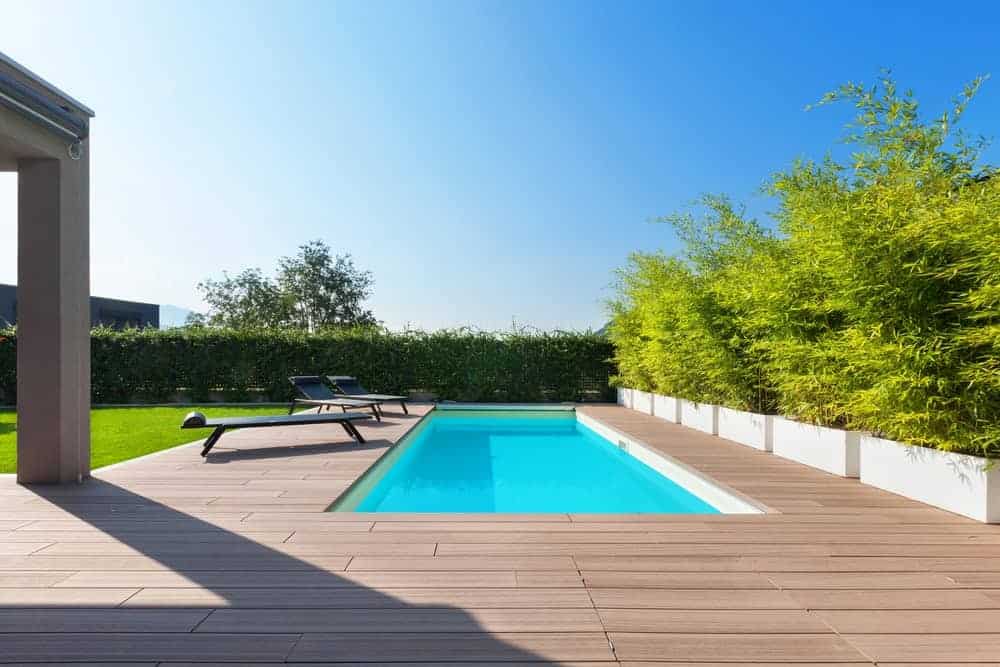 One feature that practically nobody ever thinks about when determining a pool size is the decking surrounding it. And why not? Those who use a pool probably use the deck area more often than they use the pool. Not only that, but they take up chair and table space as well as areas that are primarily used for walking around. The deck should be large enough that all furniture is at least 30 inches from the edge of the pool, and all walkways must be at least 3 feet wide. And if you plan to have any activities around your pool, more space will be needed. Deck games and other activities often take place around or near a pool and allowance much be made for this. This is also true for those who want things like BBQ and other amenities.

Just when you thought there was something about your life that the government couldn’t touch, there’s the government, with more rules, regulations, ordinances, and whatever else than you can shake a stick at. As a result, since pools can pose not only a safety concern of their own, as well as being an attractive nuisance, local governments often impose ordinances with all sorts of different requirements for pools. This includes strict requirements for things such as fences surrounding pools that keep children out.

It doesn’t take much, after all of these considerations, to determine that there is a lot to factor in when you determine what an average size pool might be for you. After all, the average for one person might be bigger or smaller than average for someone else. It might be true that size matters, but size, like beauty, is in the eye of the beholder.

These are just a few of the most common questions someone may ask when they determine what the average size of a pool would be. There are probably many more, but it is better to consider what you might need before building a pool than to have doubts and questions later on.