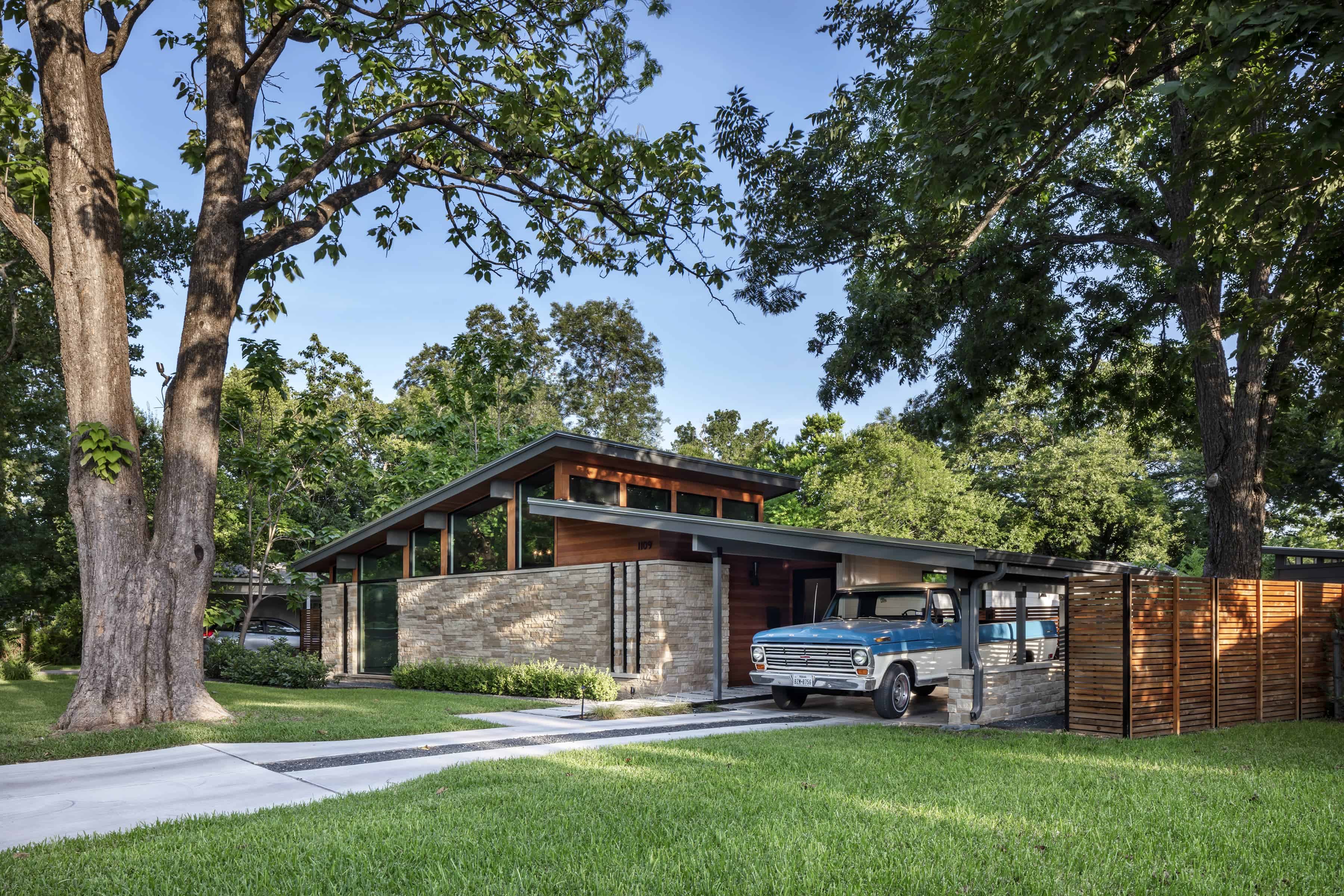 A balance of natural light, simple materials, and flows are integrated with controlled views and atmospheric variation. This Central Austin house was remodeled in the spirit of the original Mid-Century Modern house, with an open plan, honest natural materials, and a direct connection to nature.

The design opens the house up not only by unifying the common areas but also by literally raising the original roof. Through merely consolidating the service core and extending it as much as possible to the back, both public and private zones become more desirable. The kitchen is seen as part of the social space, opening up rather than part of the service core. This strategy allows a completely open planned public zone which allows a raised ceiling height with clerestory windows on the south, west and north sides.

The raised ceiling maintains the originally pitched roof geometry to stay harmoniously with the existing gabled roof in the private zone. The exposed roof structure helps to define each function and expanding beyond the face to connect to the outdoors while preserving privacy to the street, and the tongue and groove wood ceiling continue out to the soffit to visually dissolve the limits of enclosure. Furthermore, as an effort to bring the outdoors in, intimate patios are created for both public and private areas. 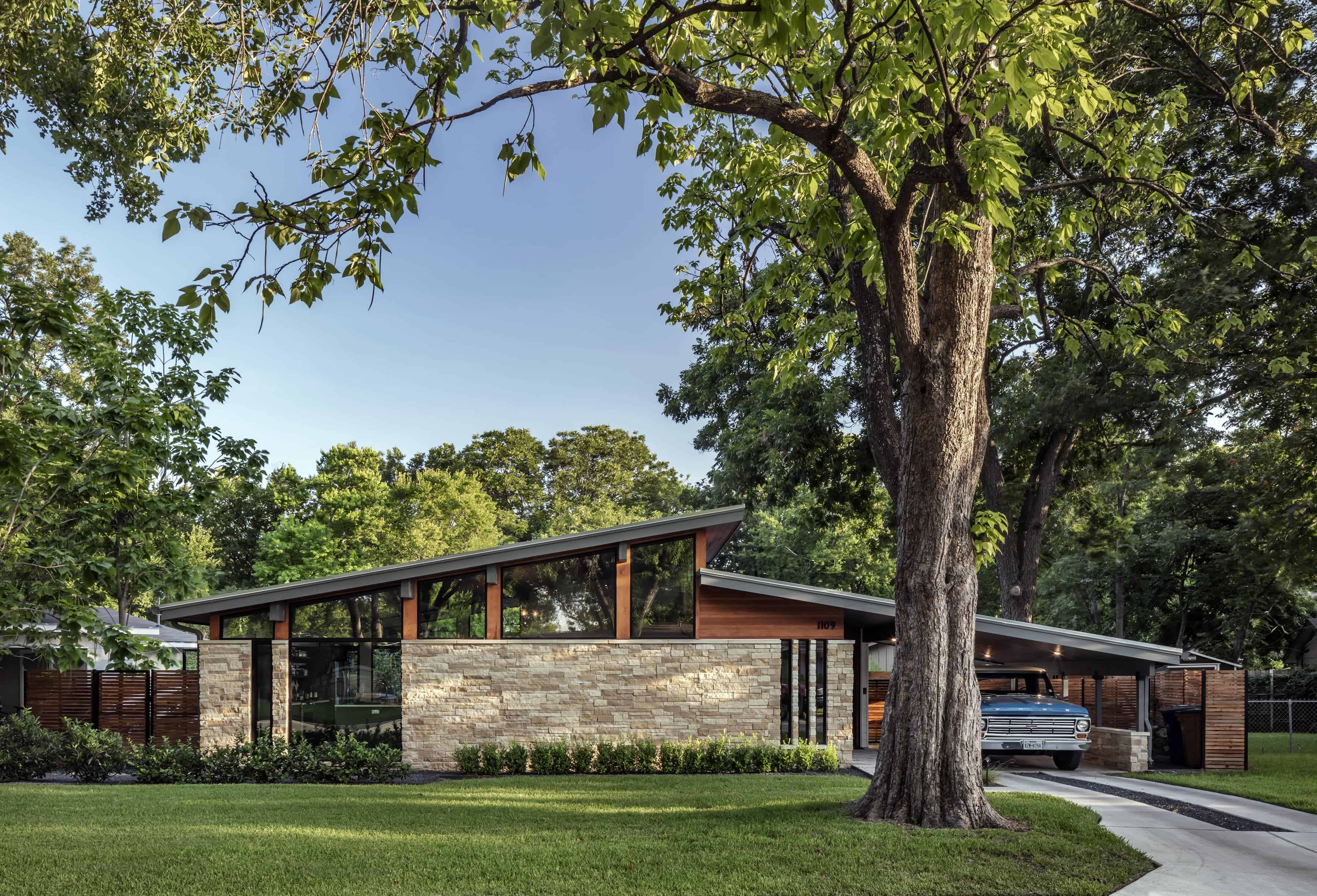 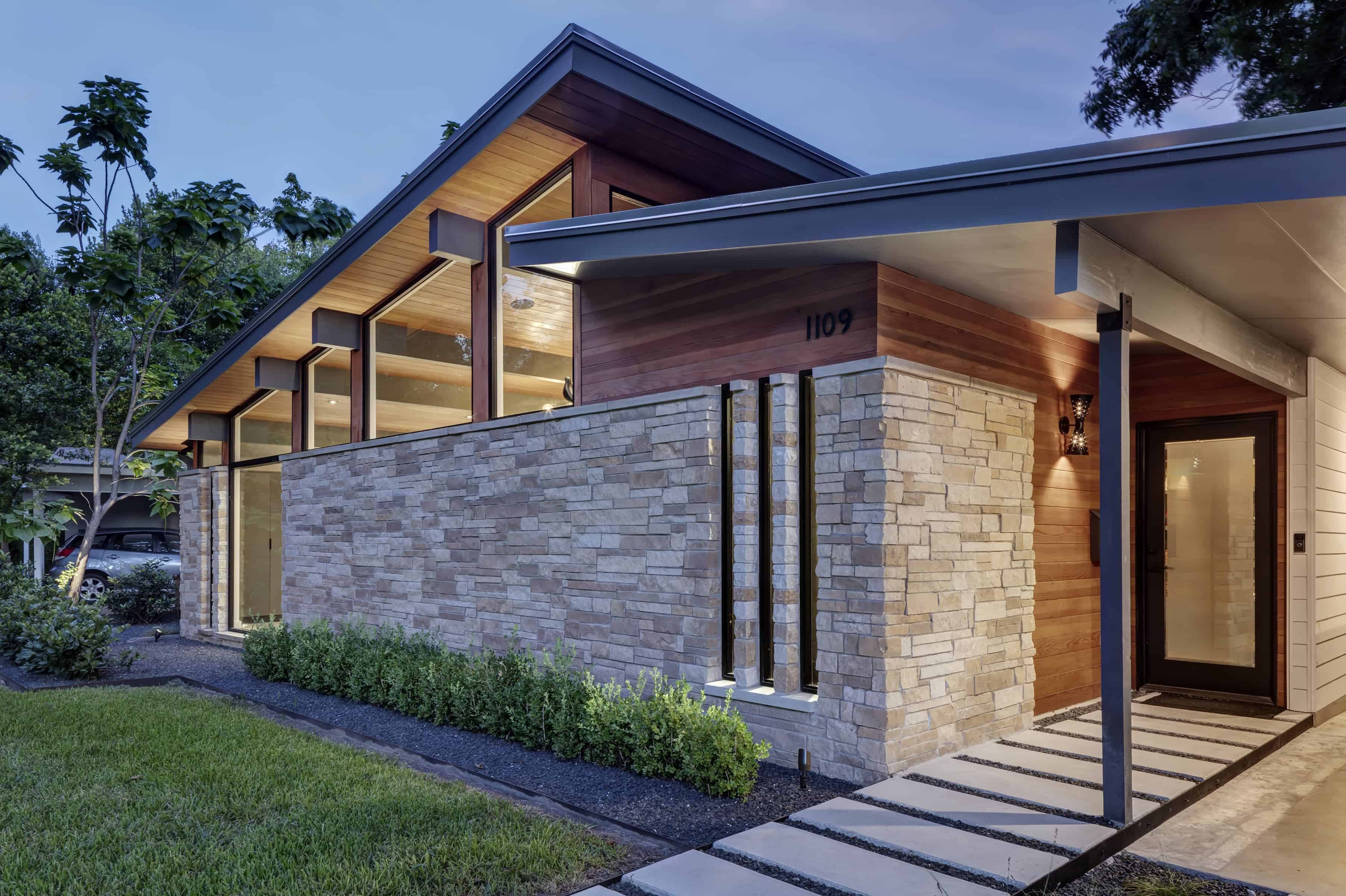 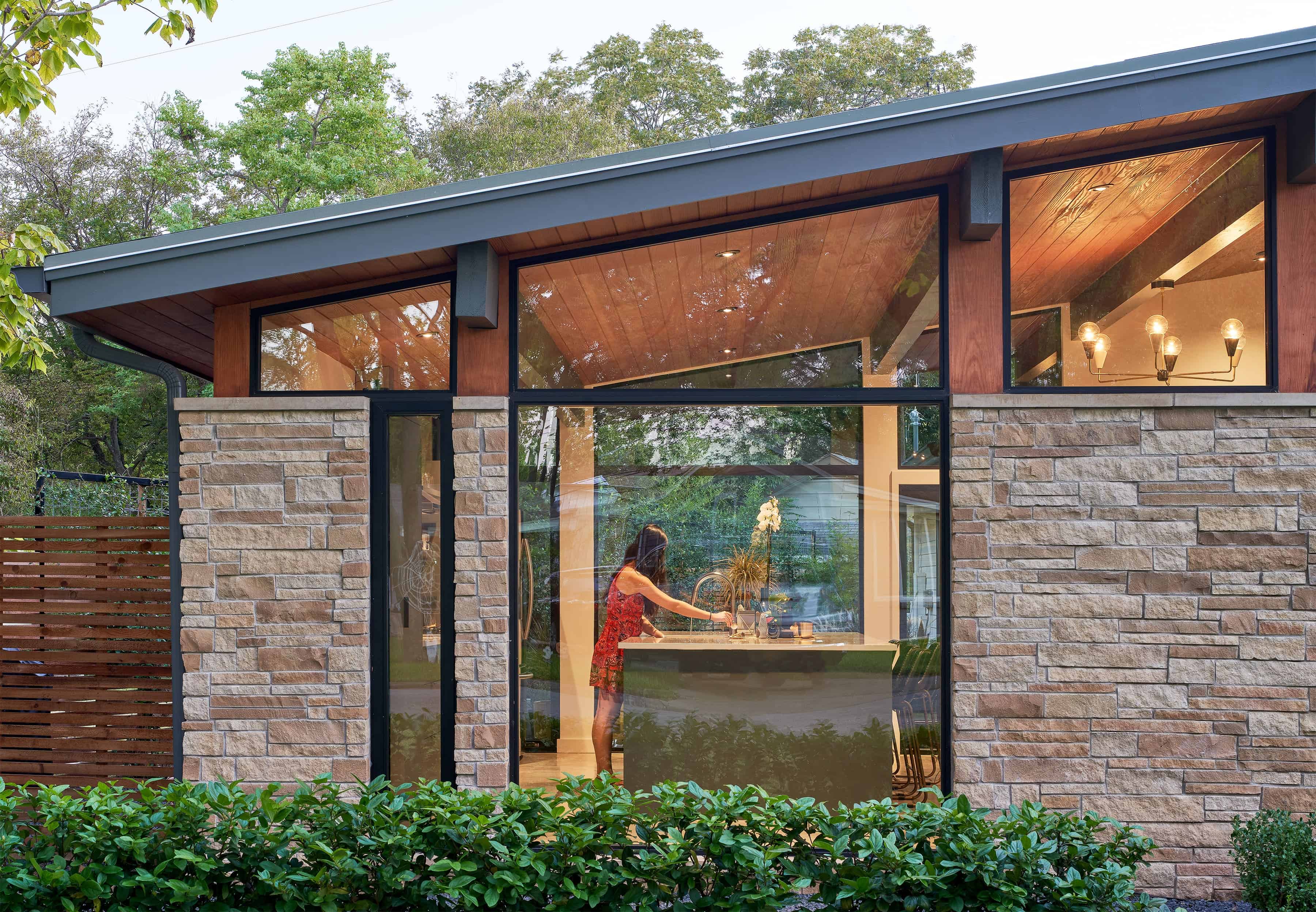 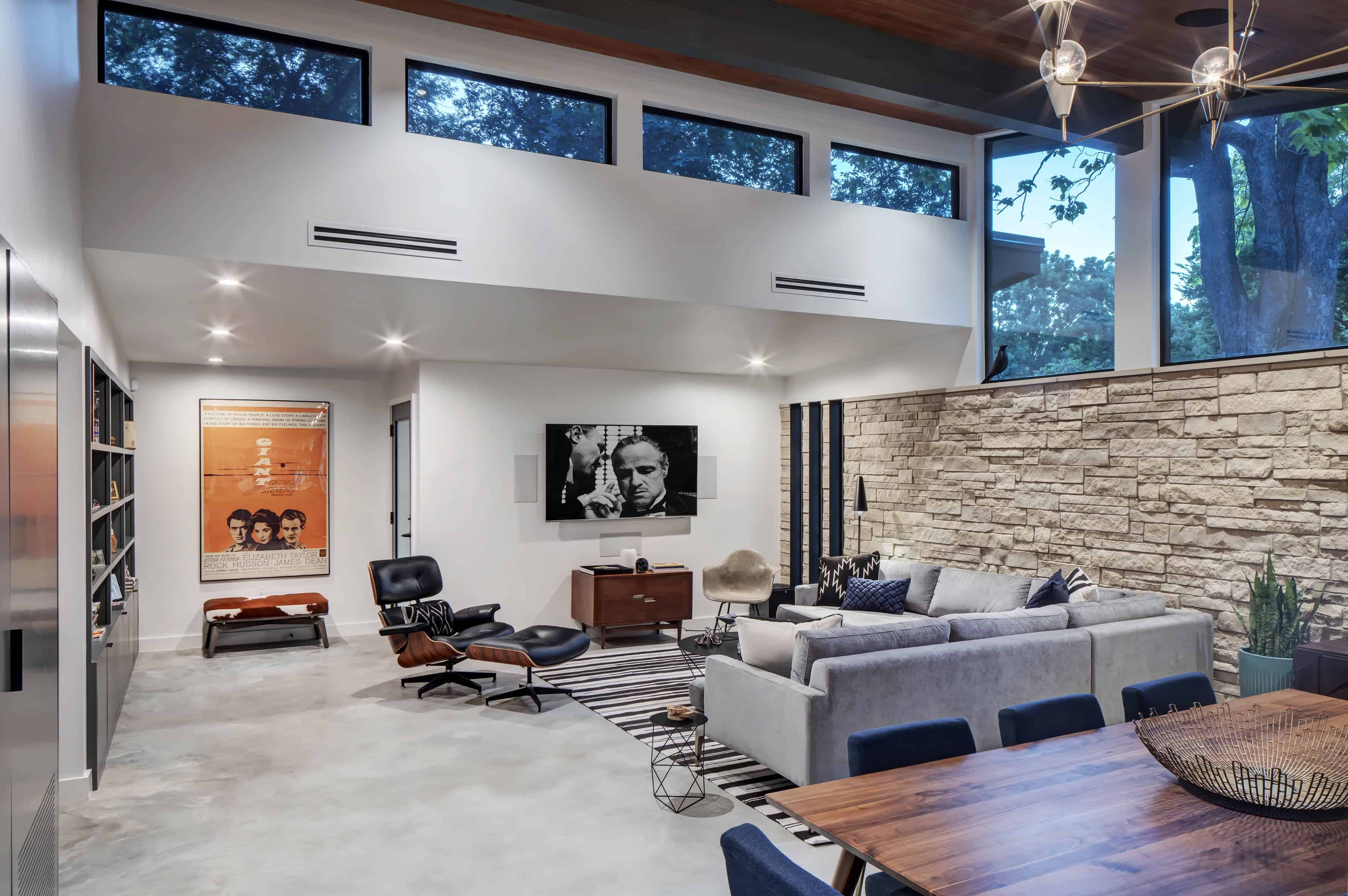 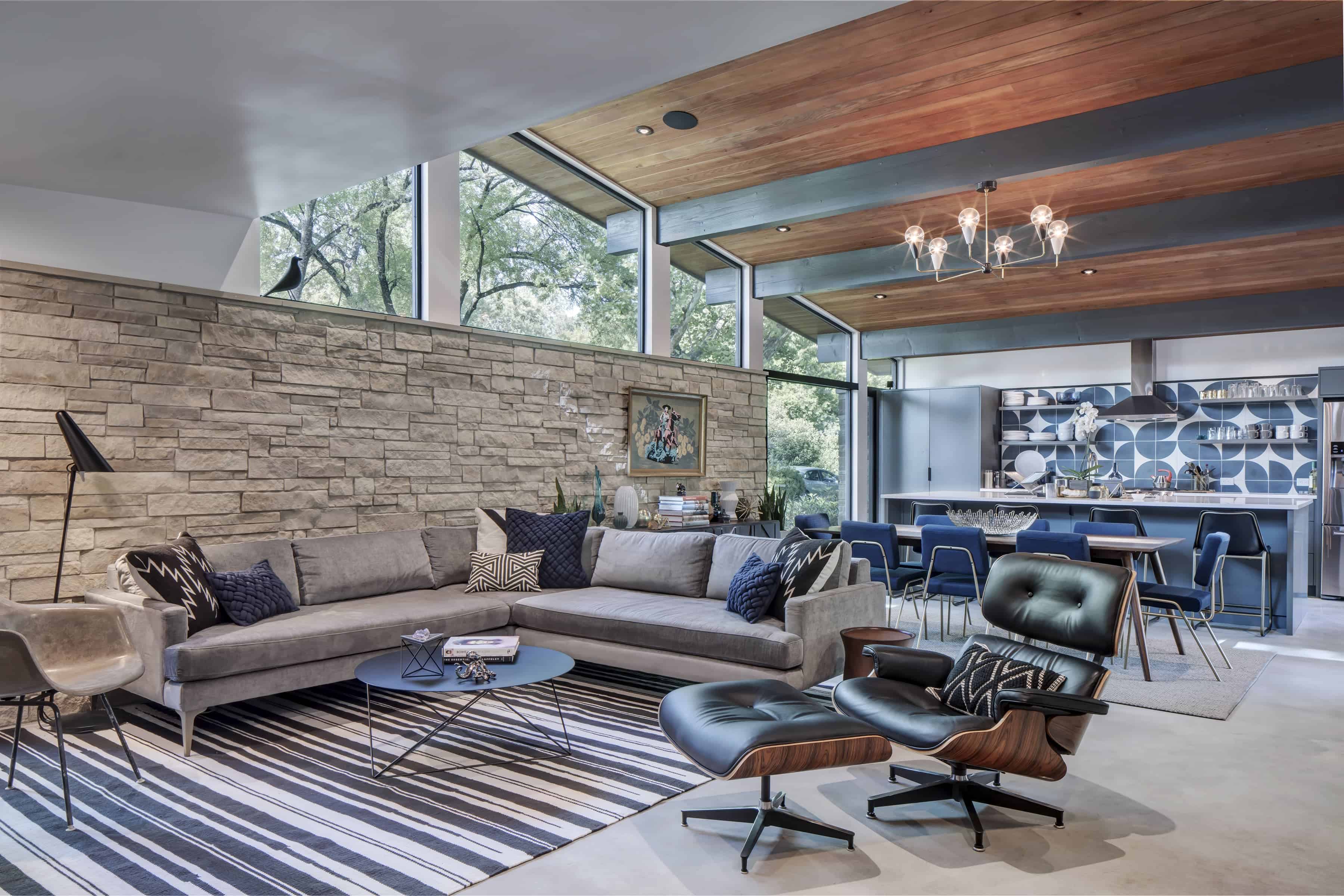 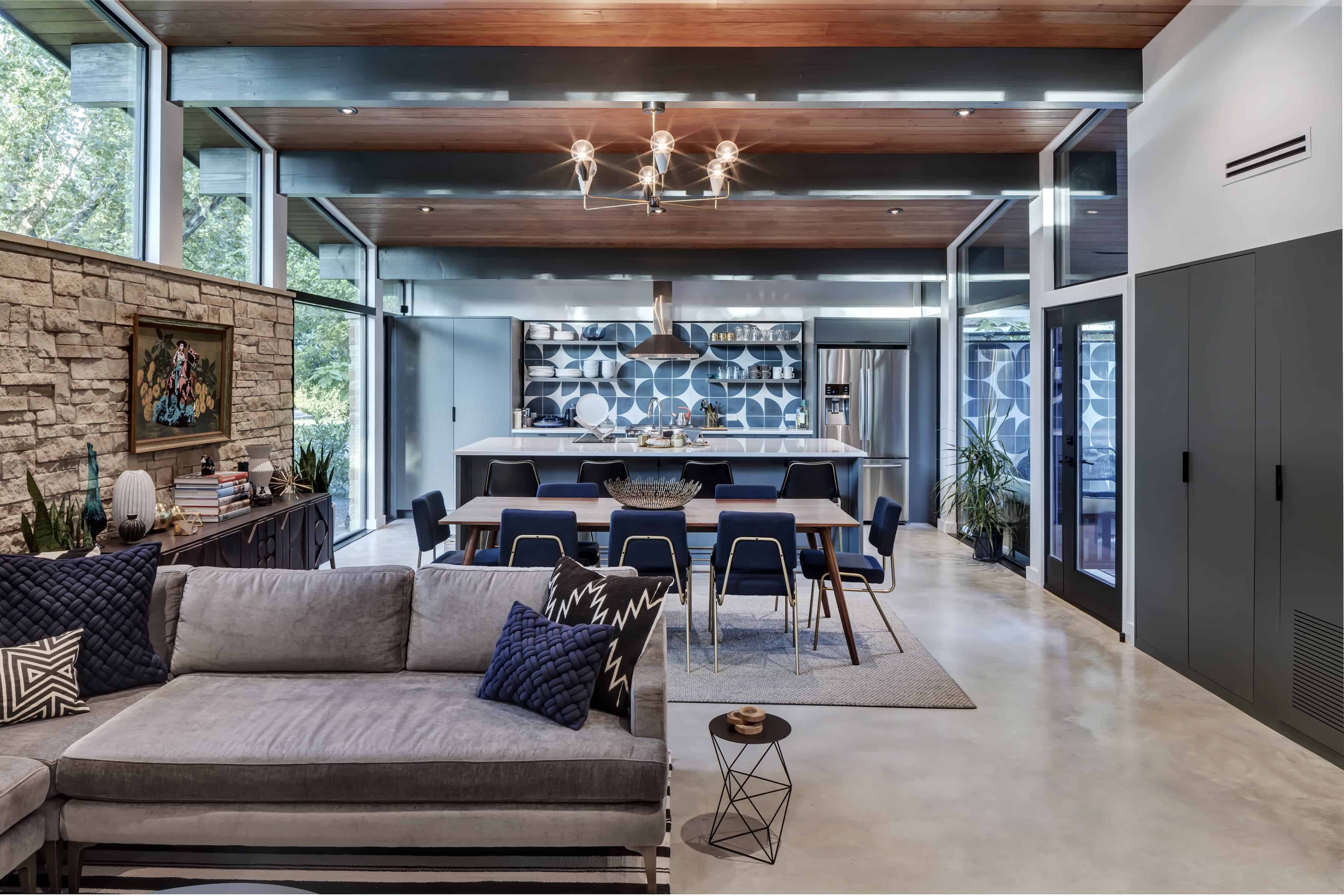 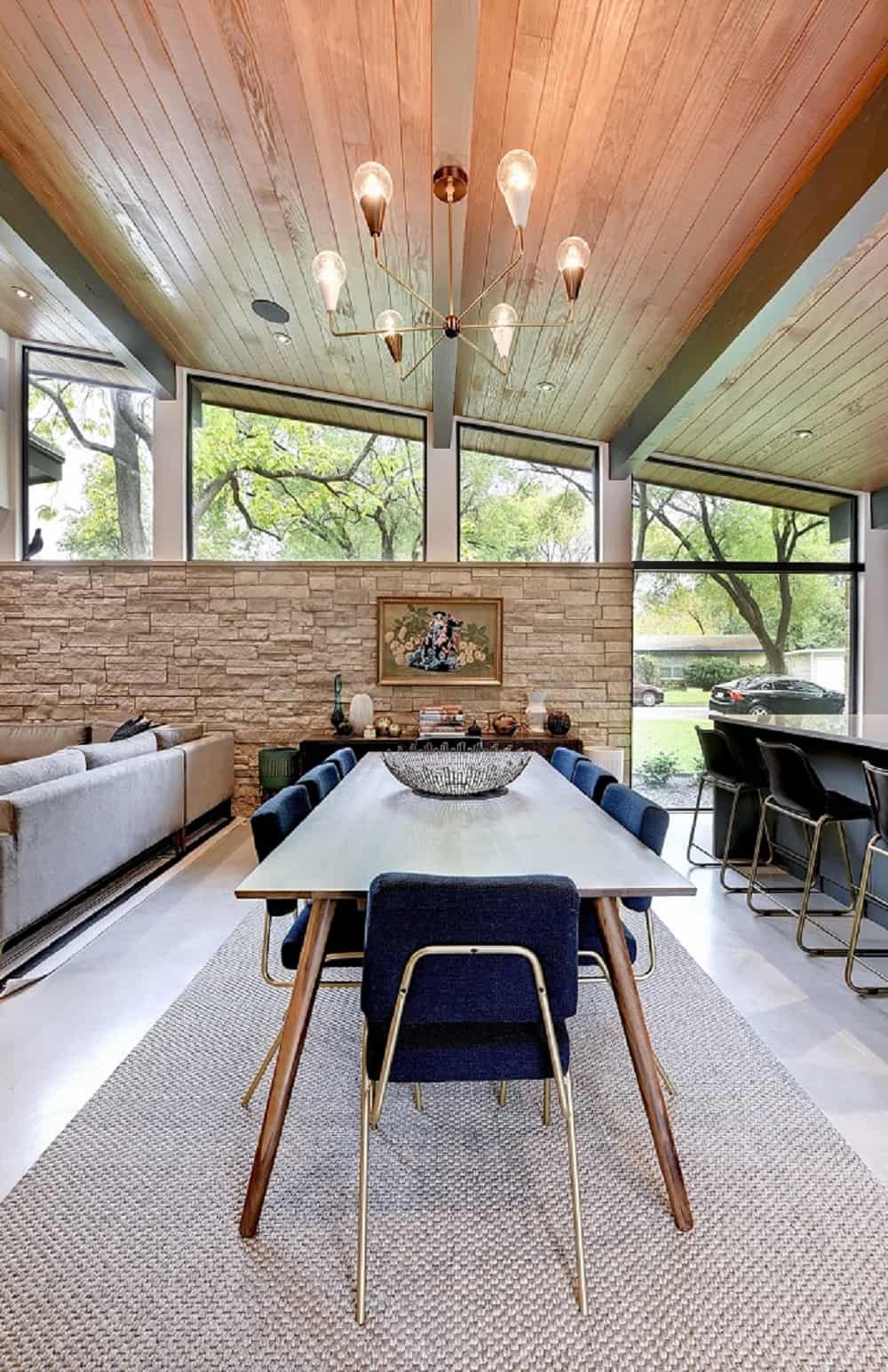 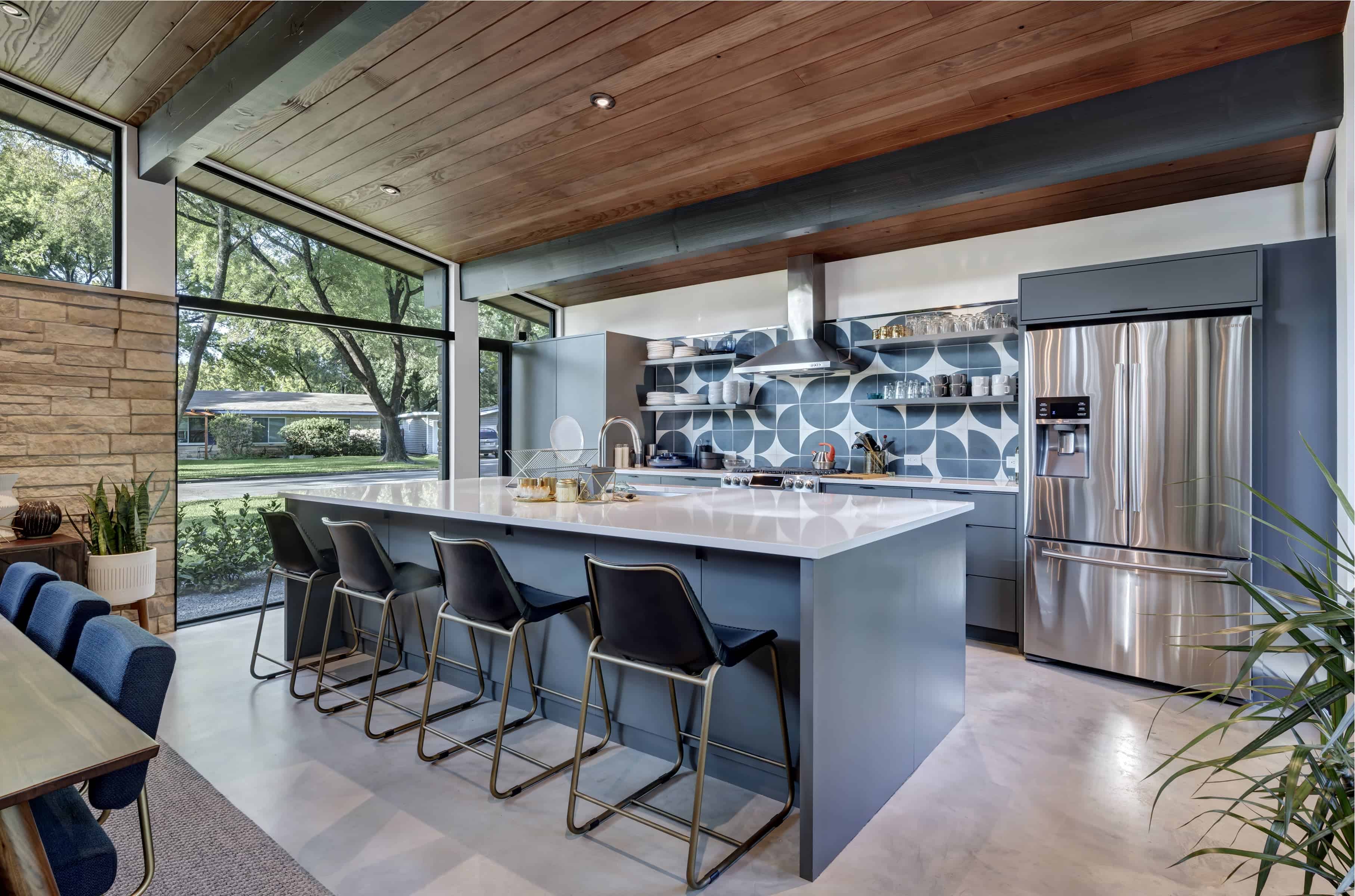 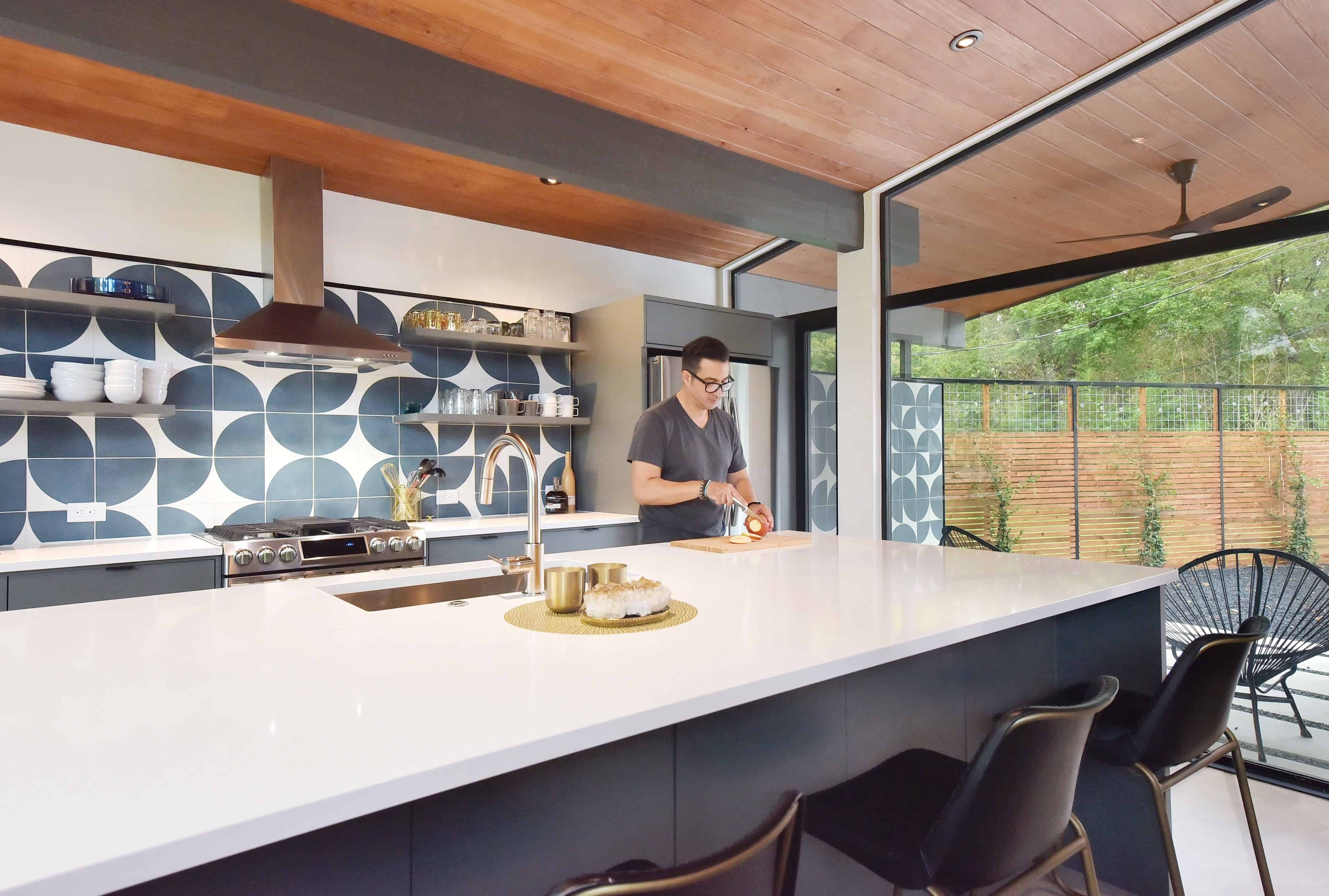 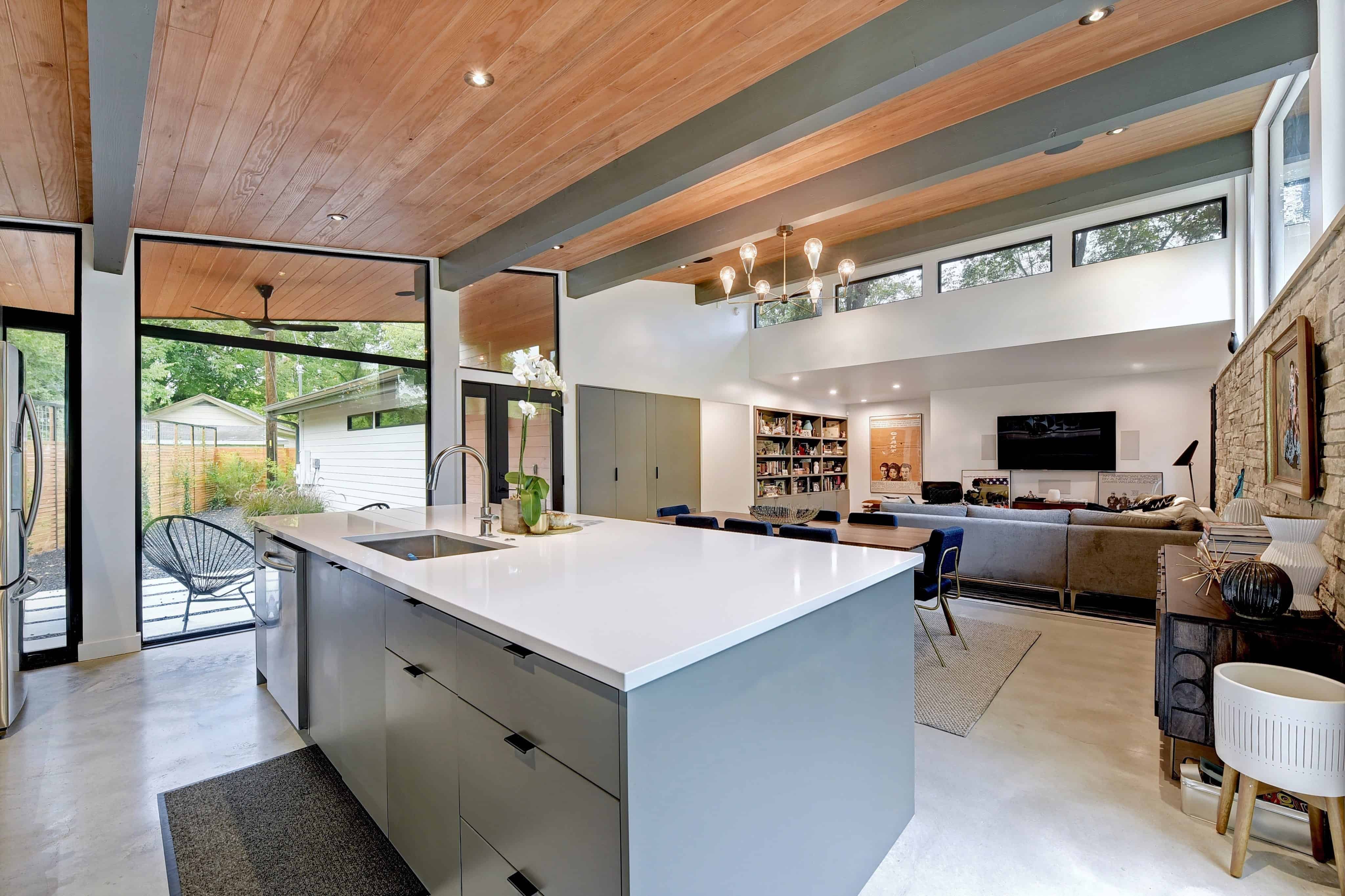 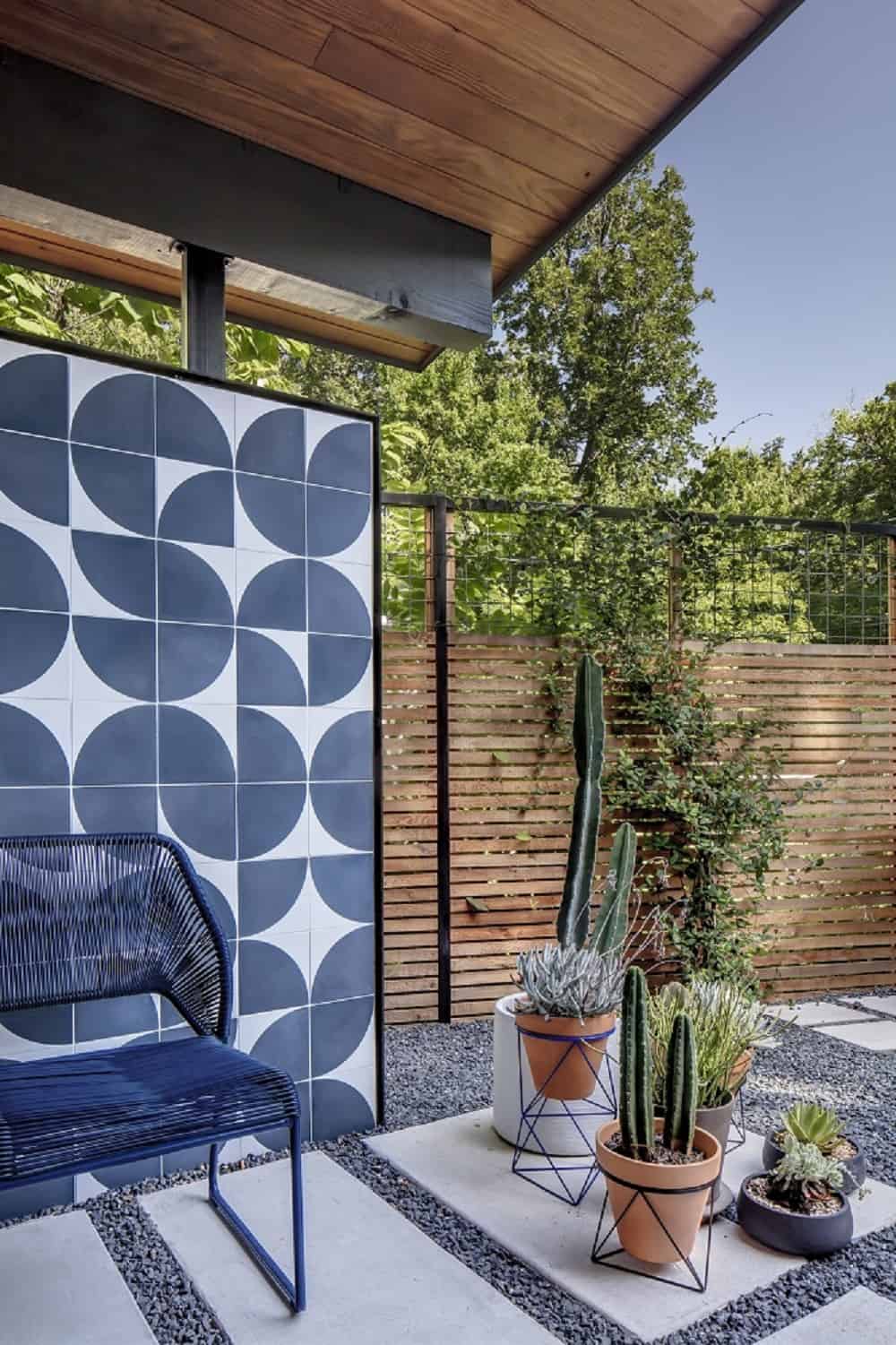 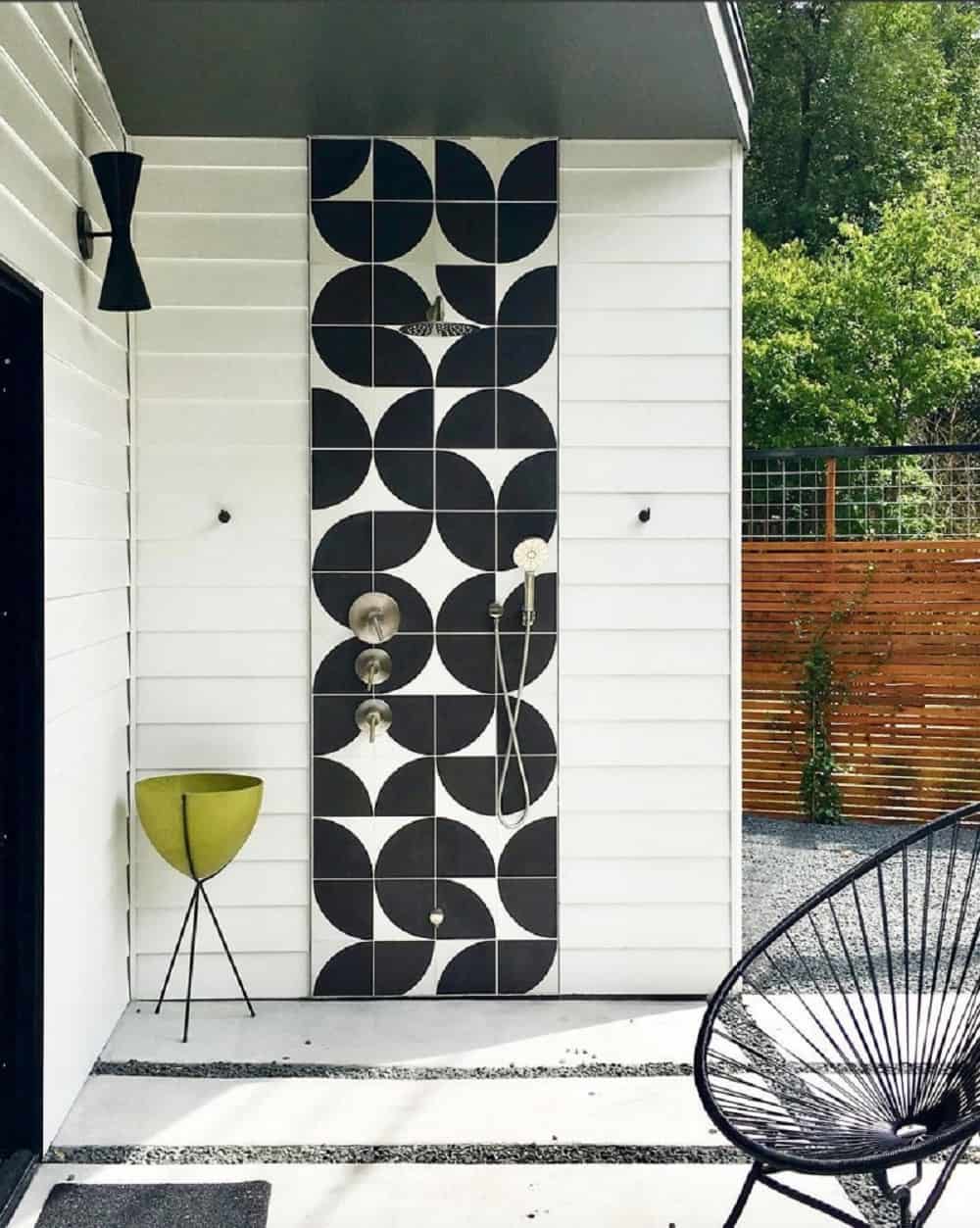 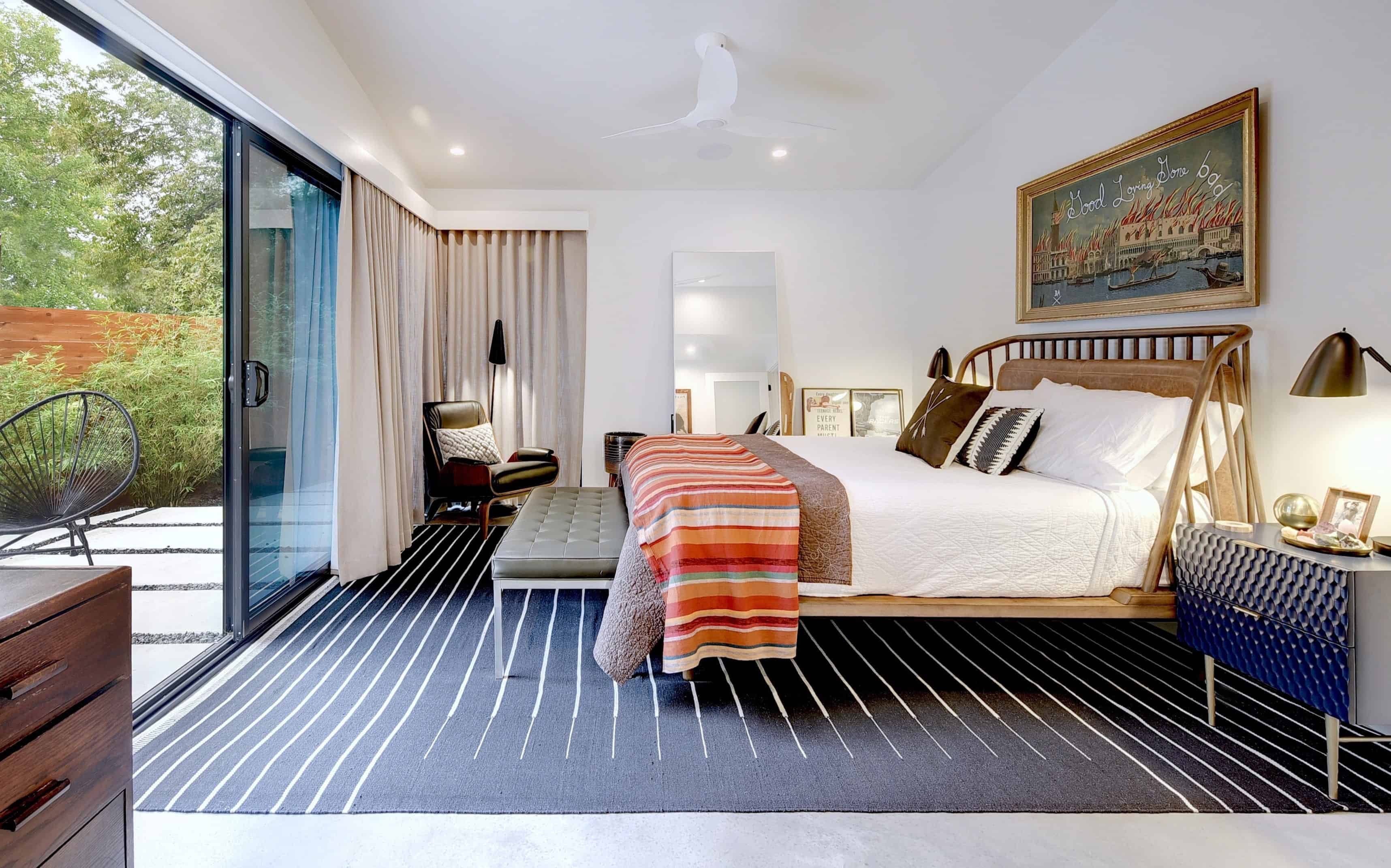 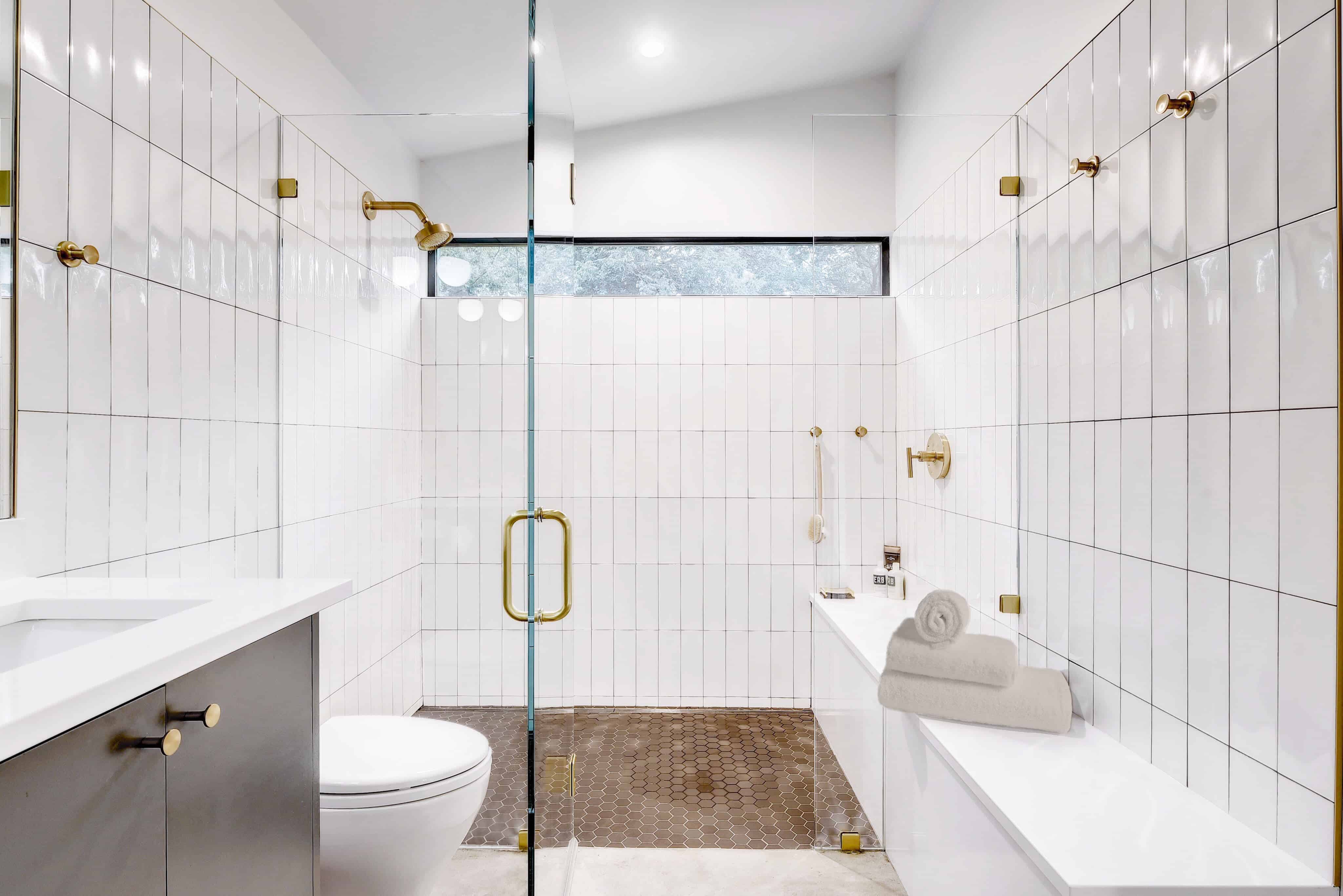 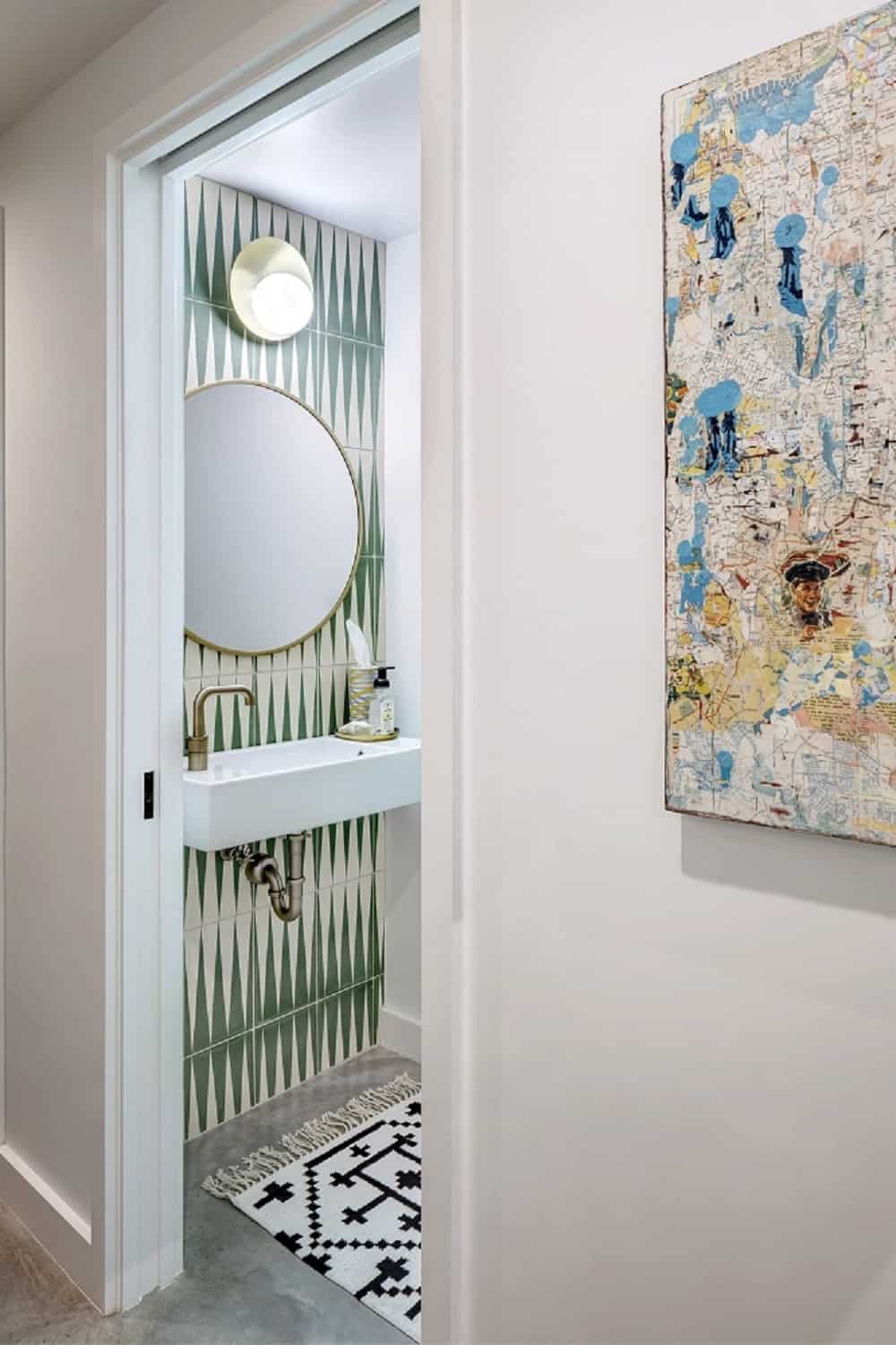 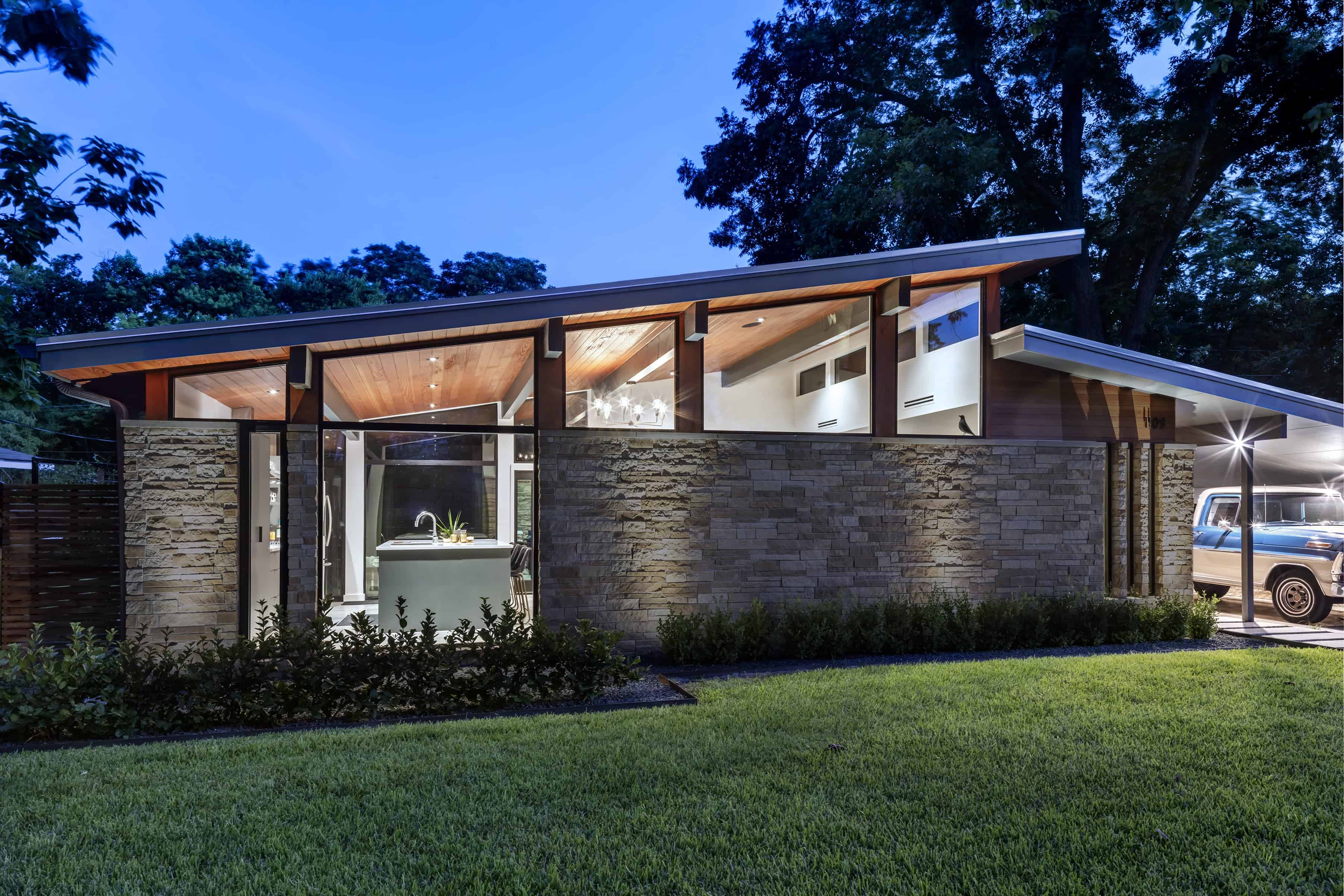 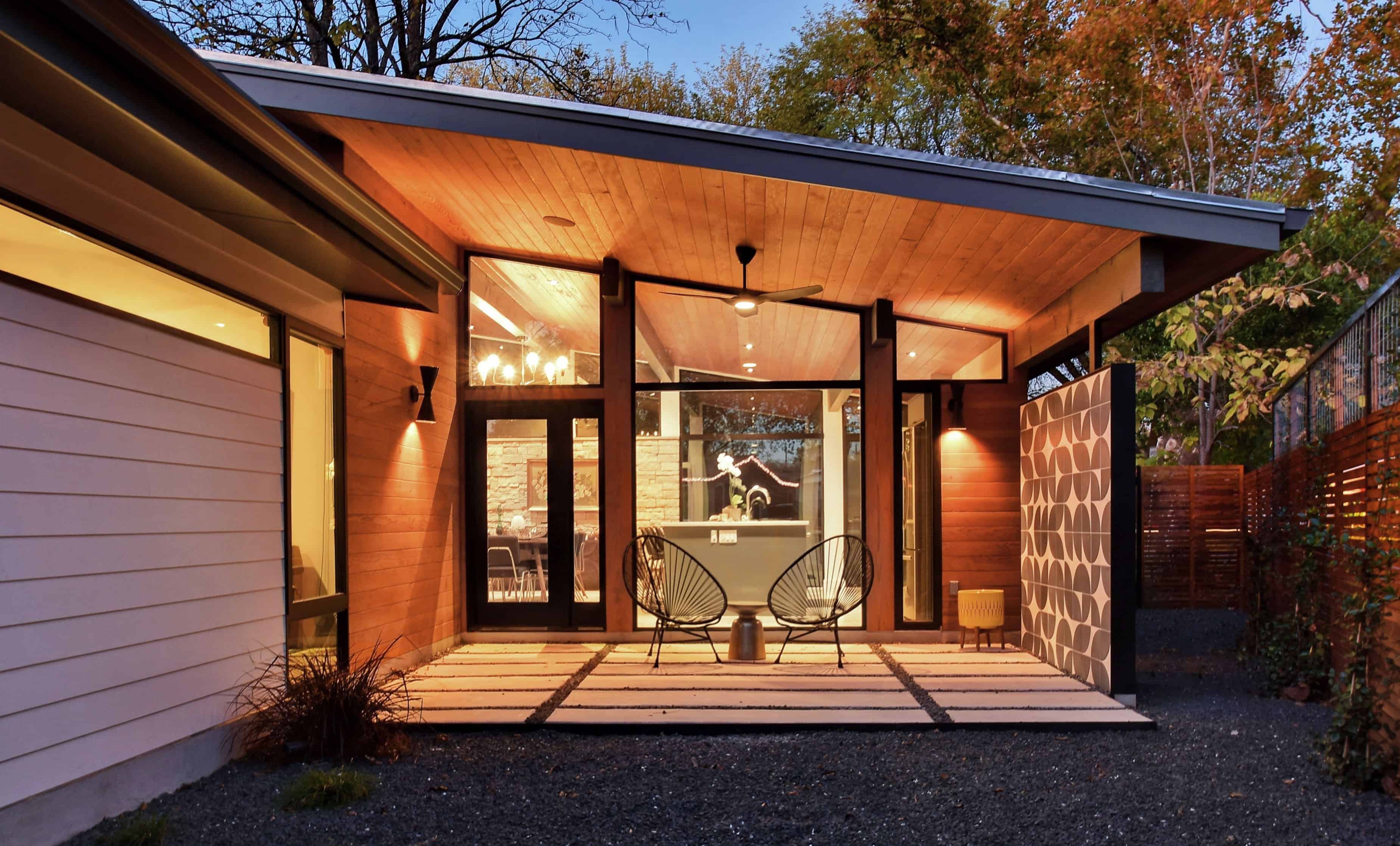 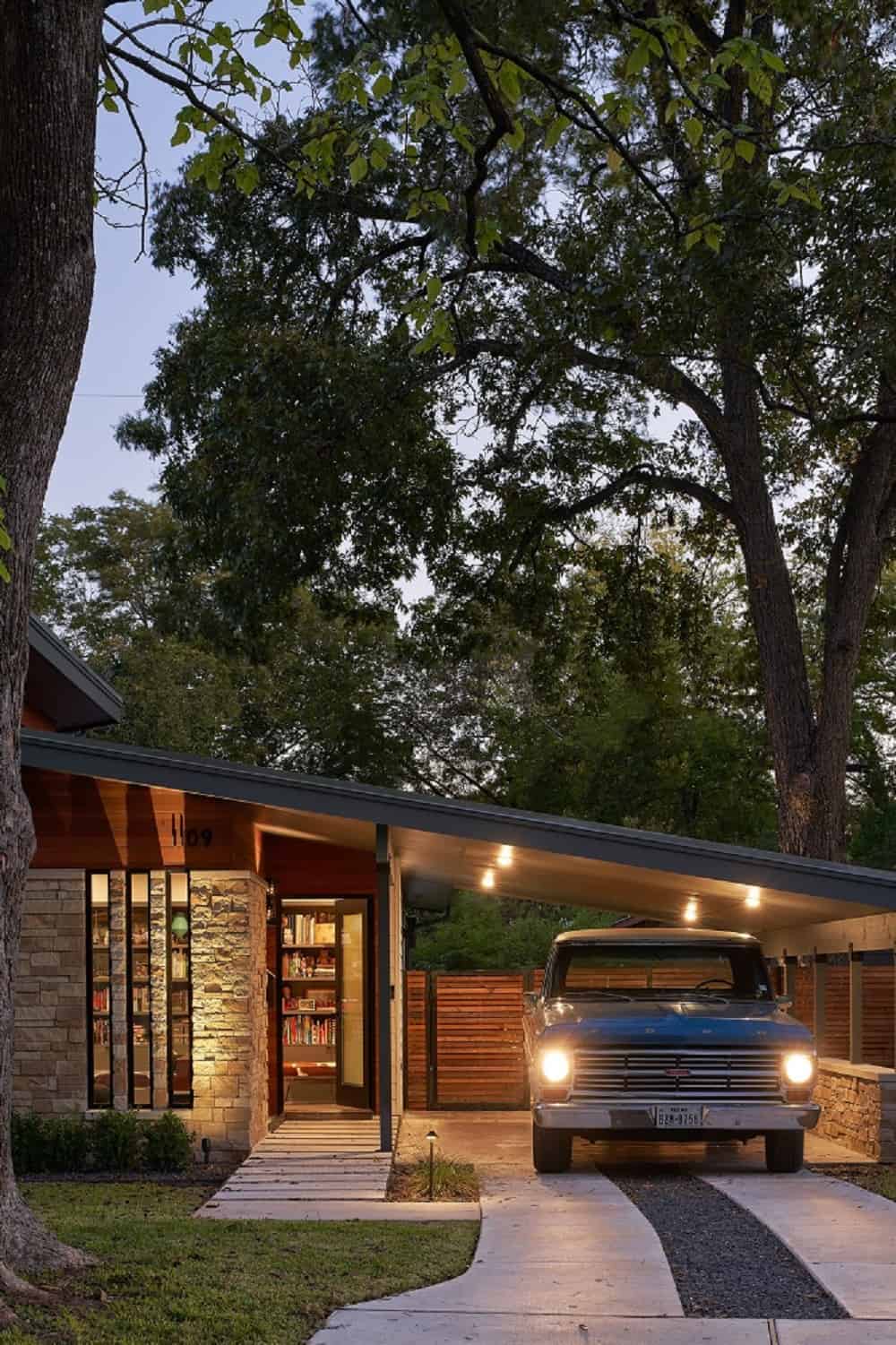 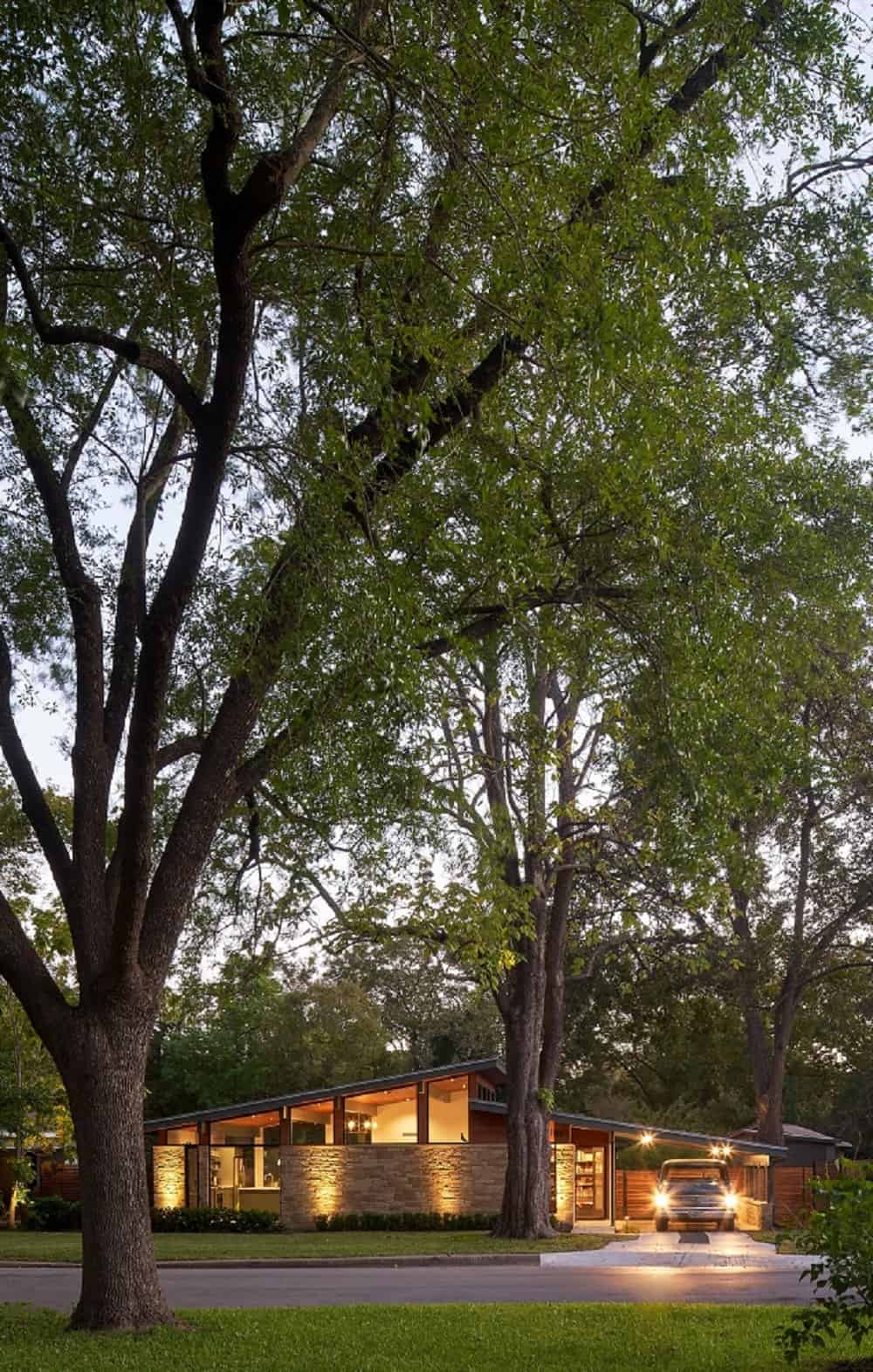 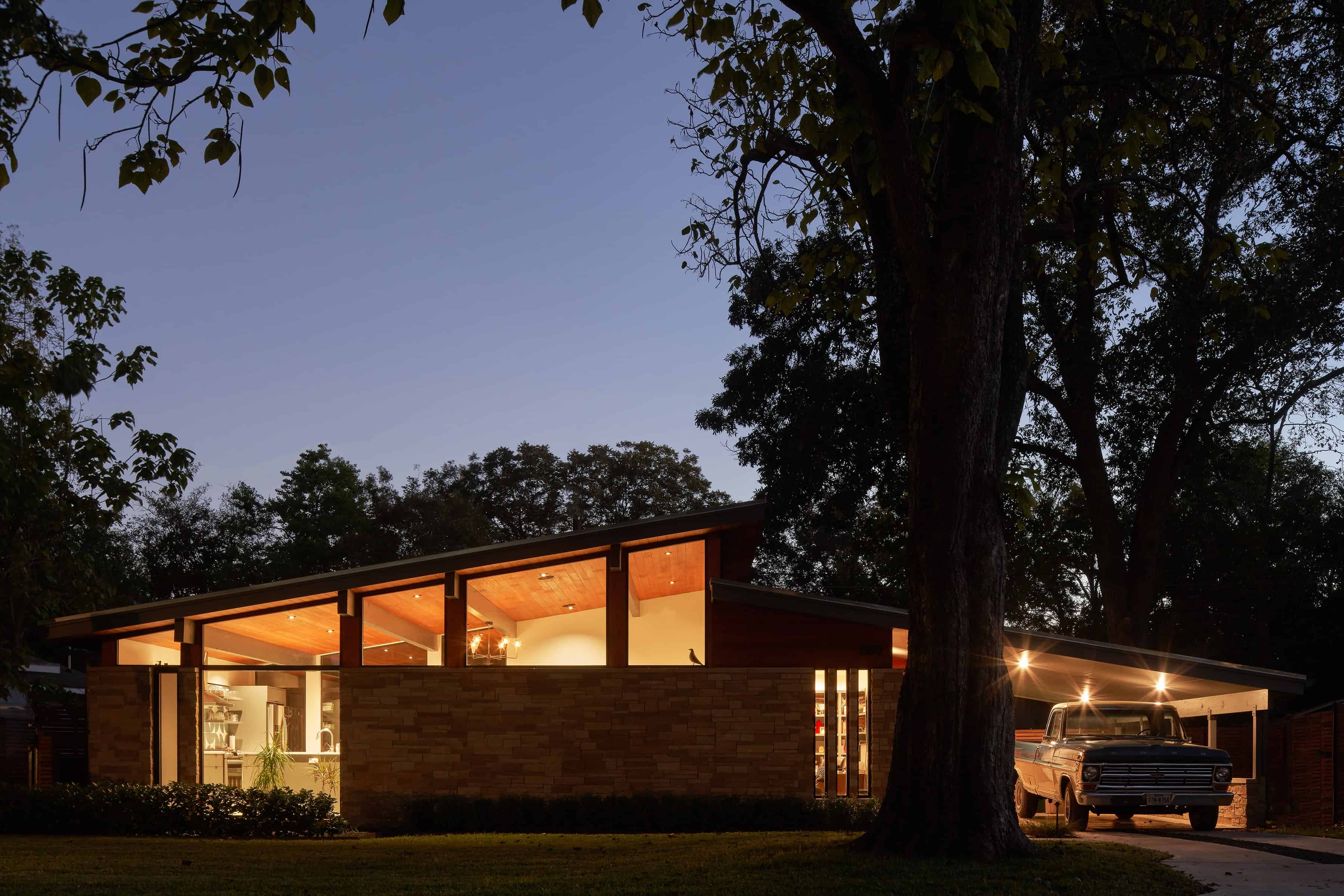 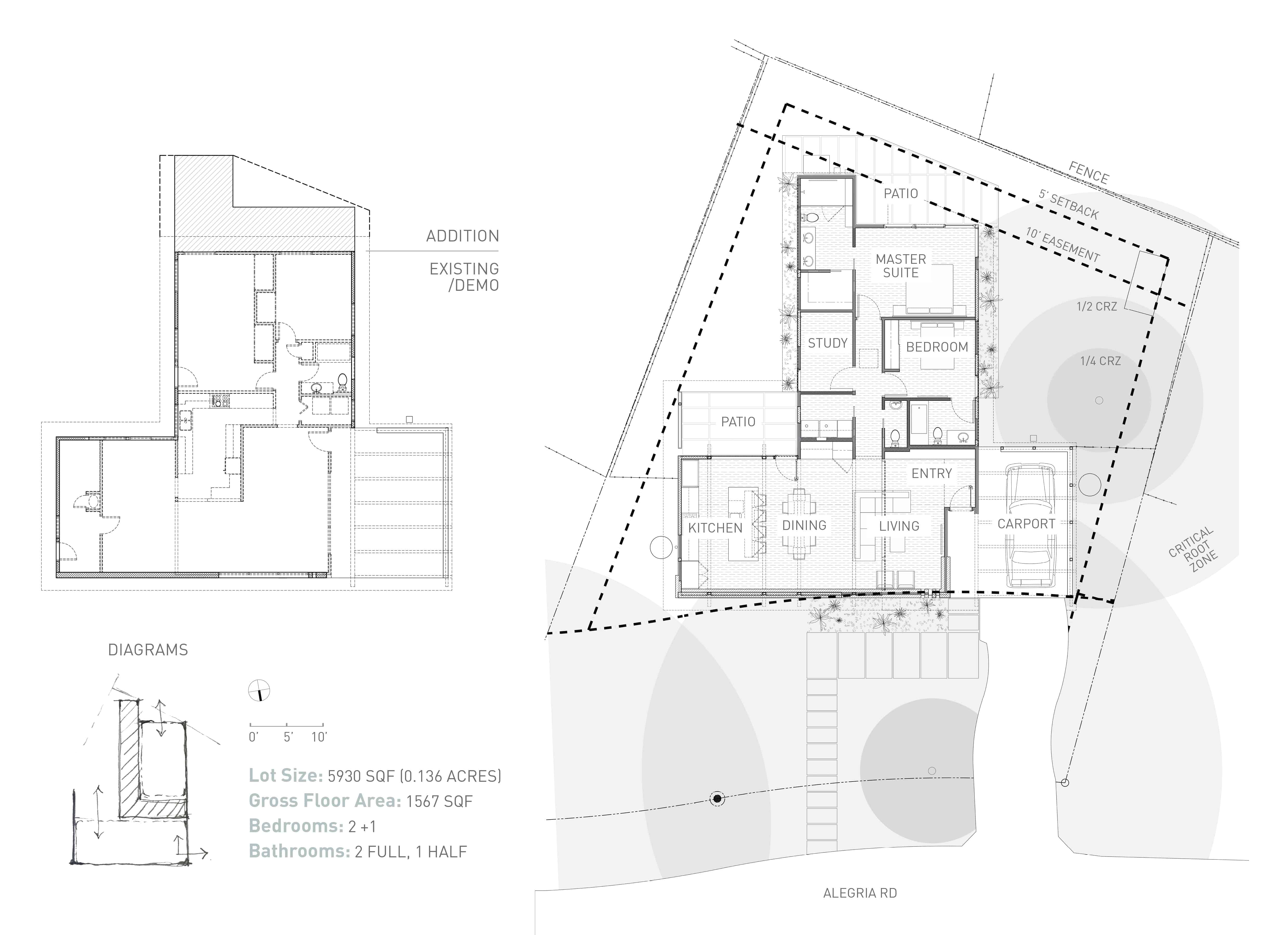